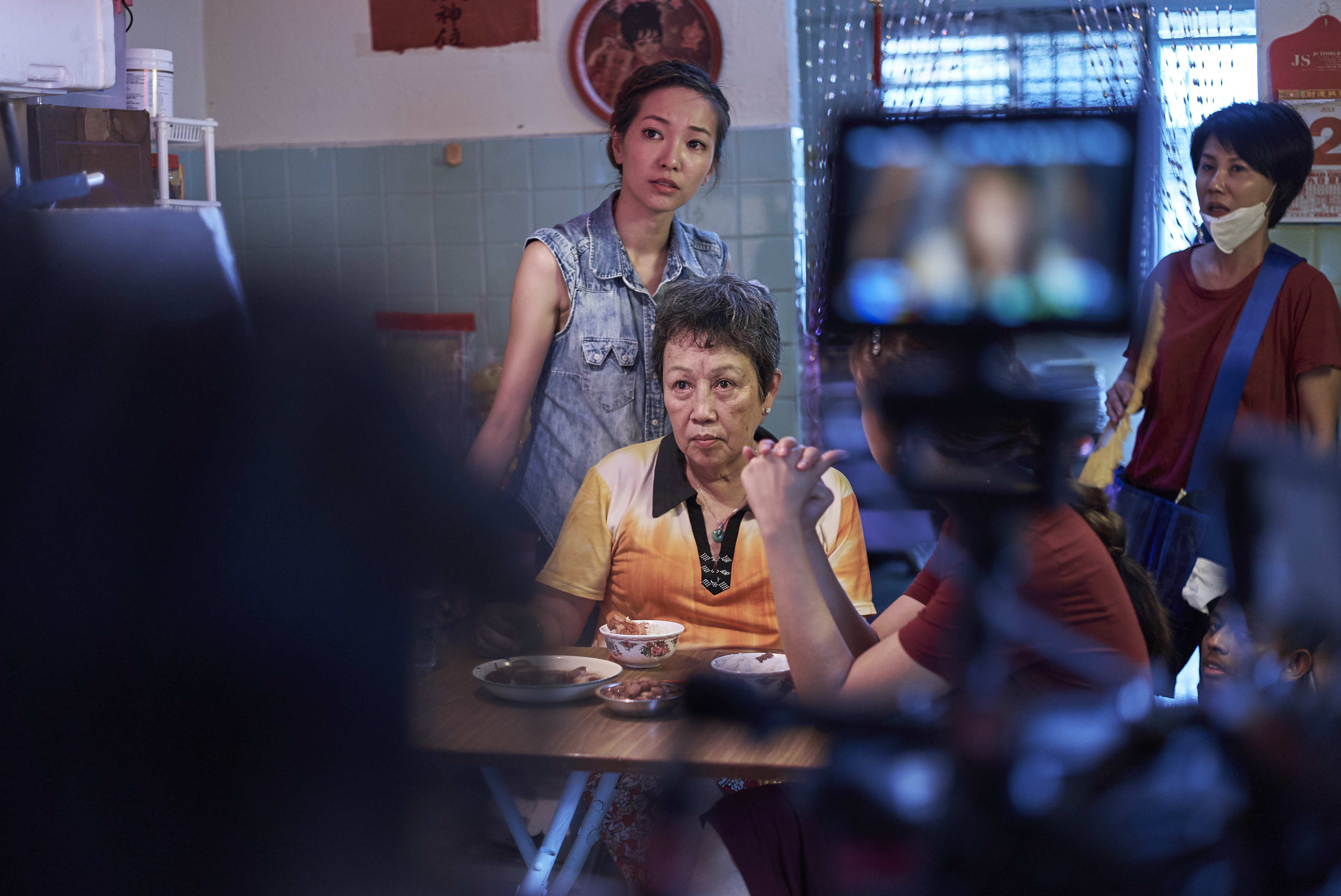 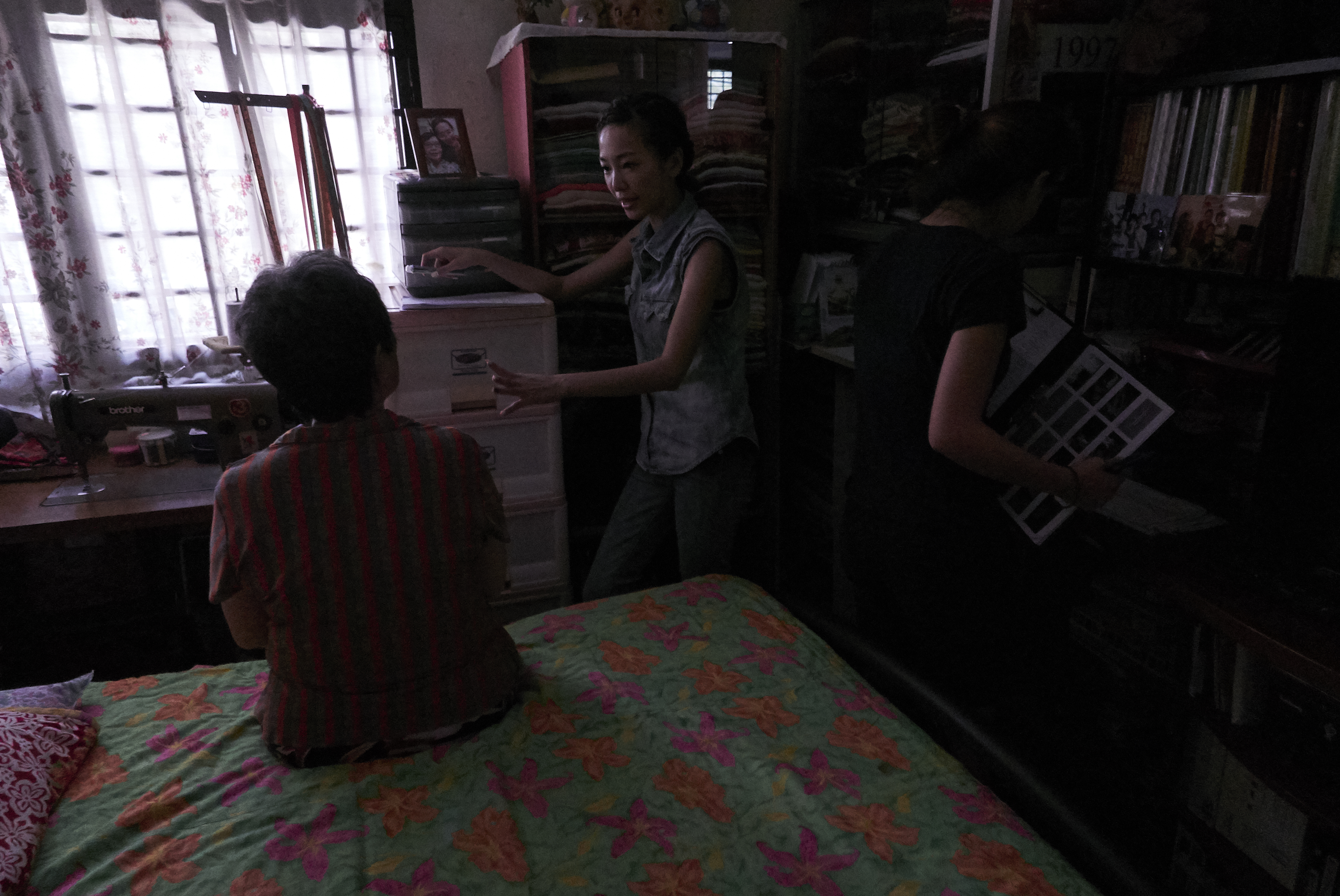 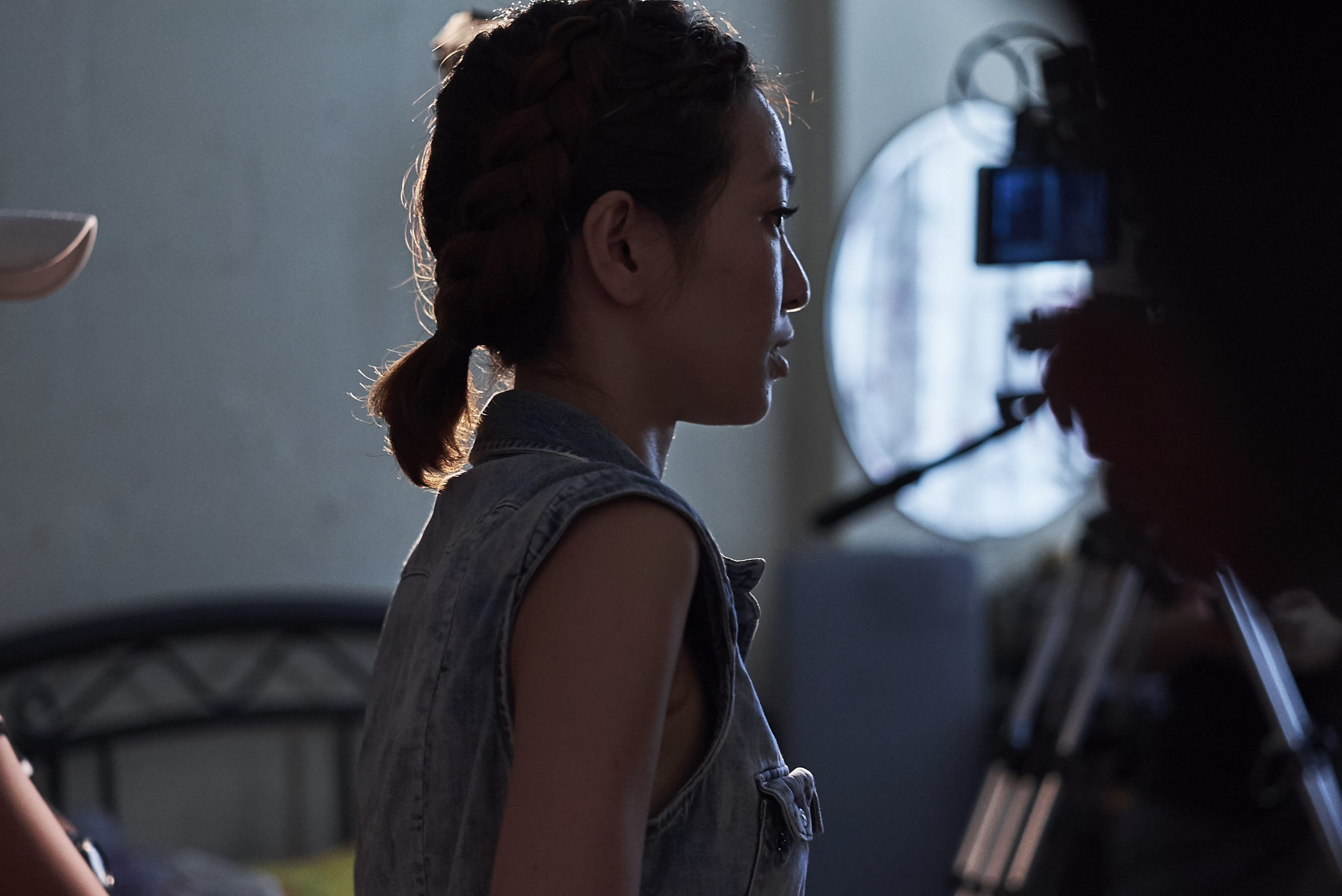 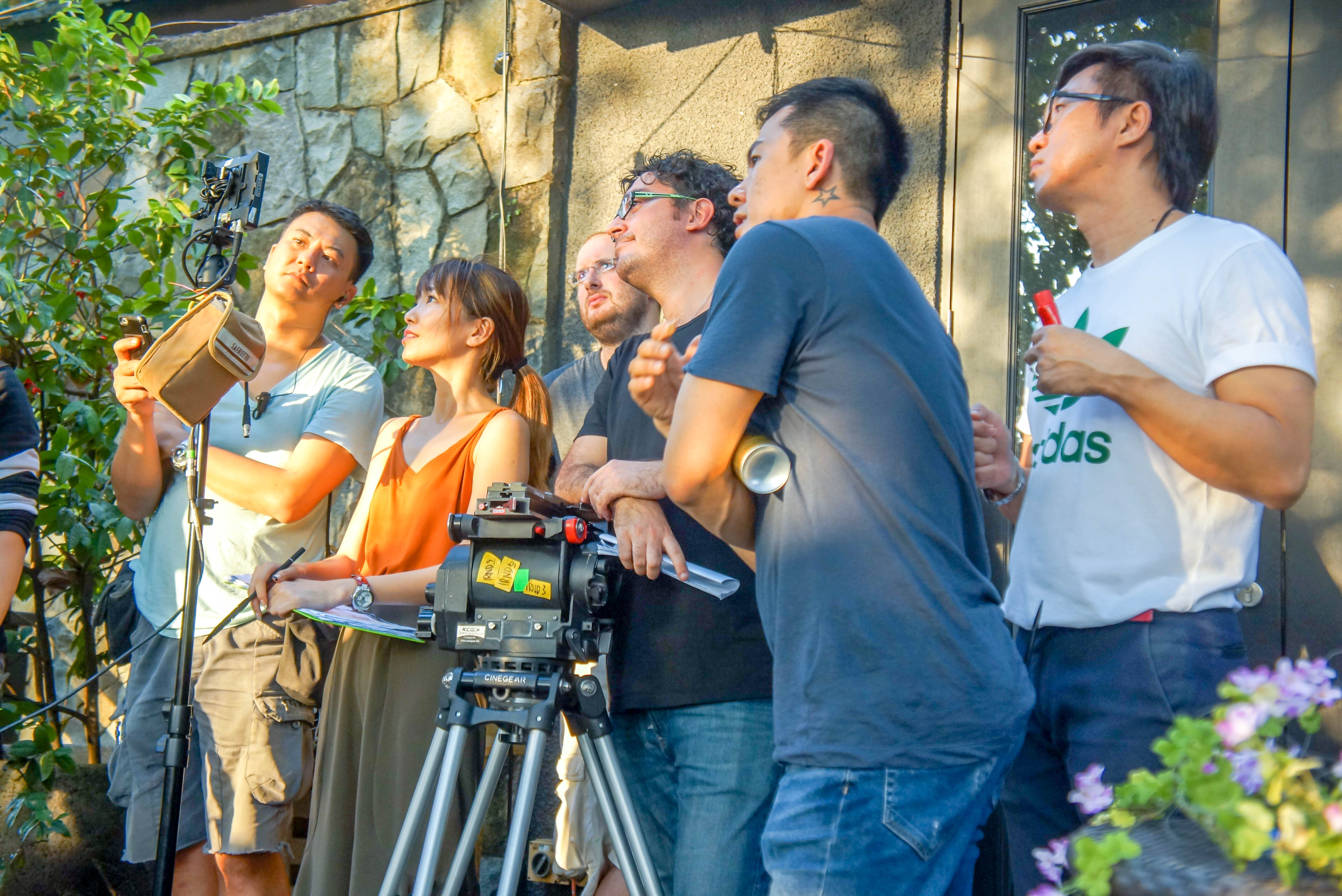 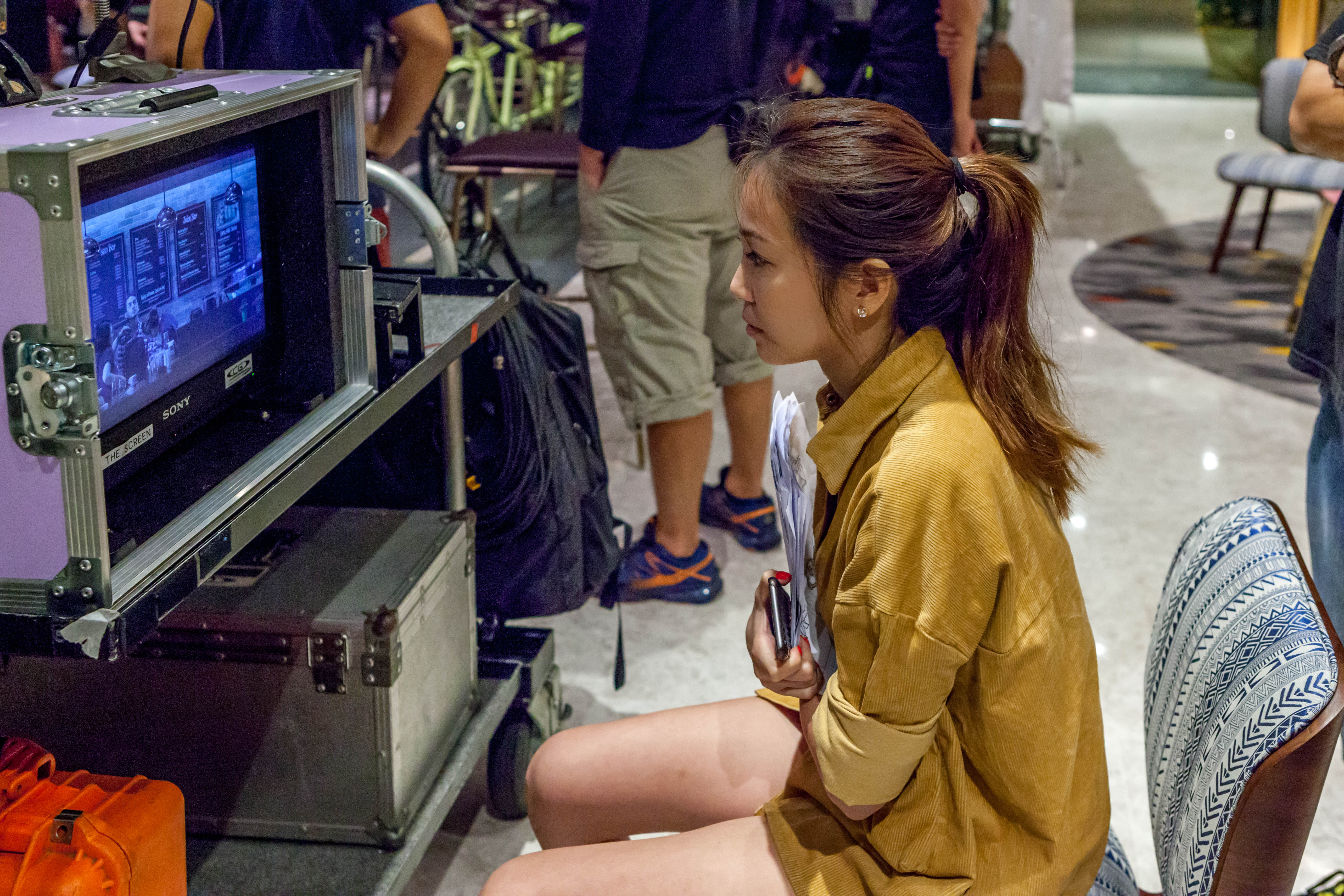 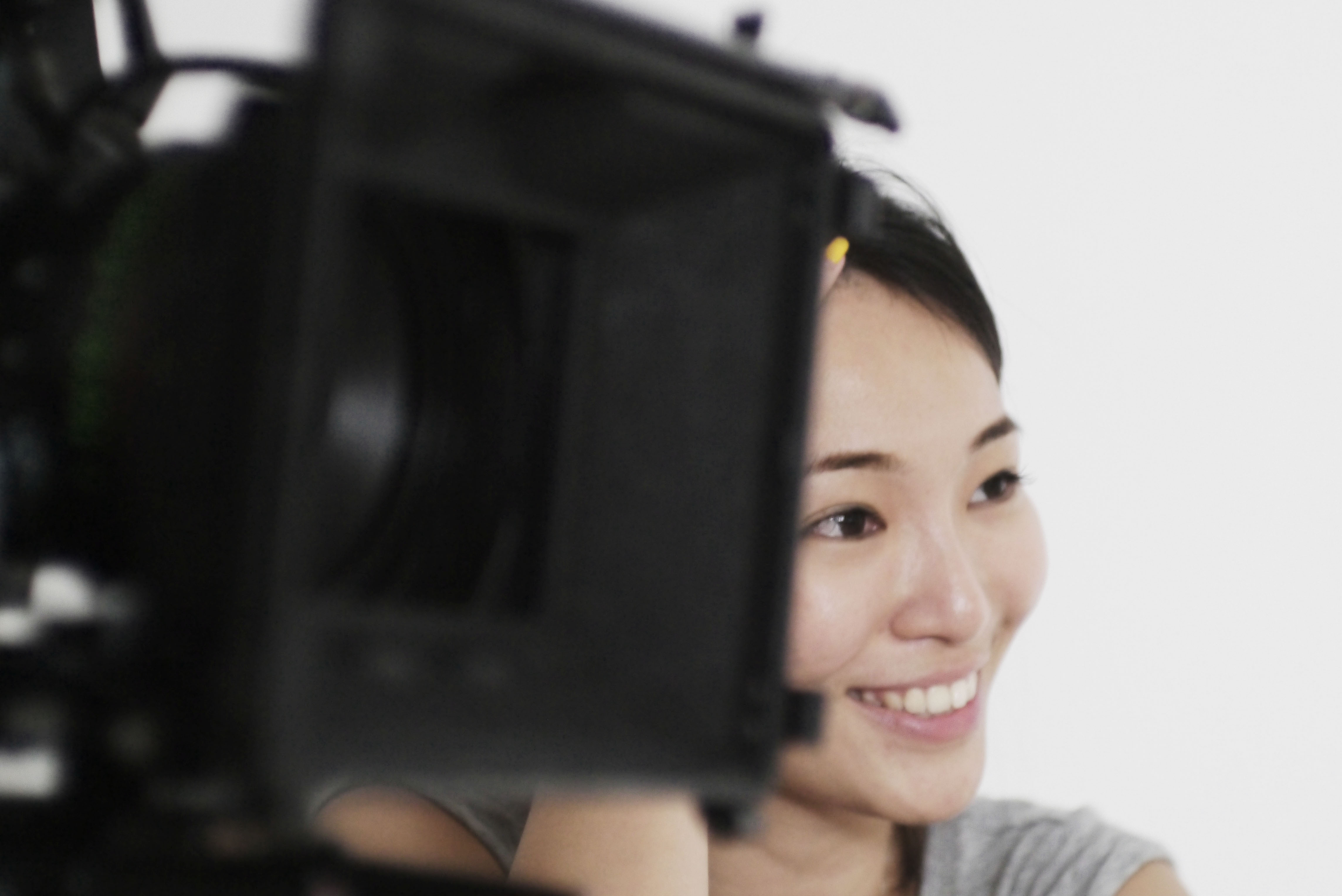 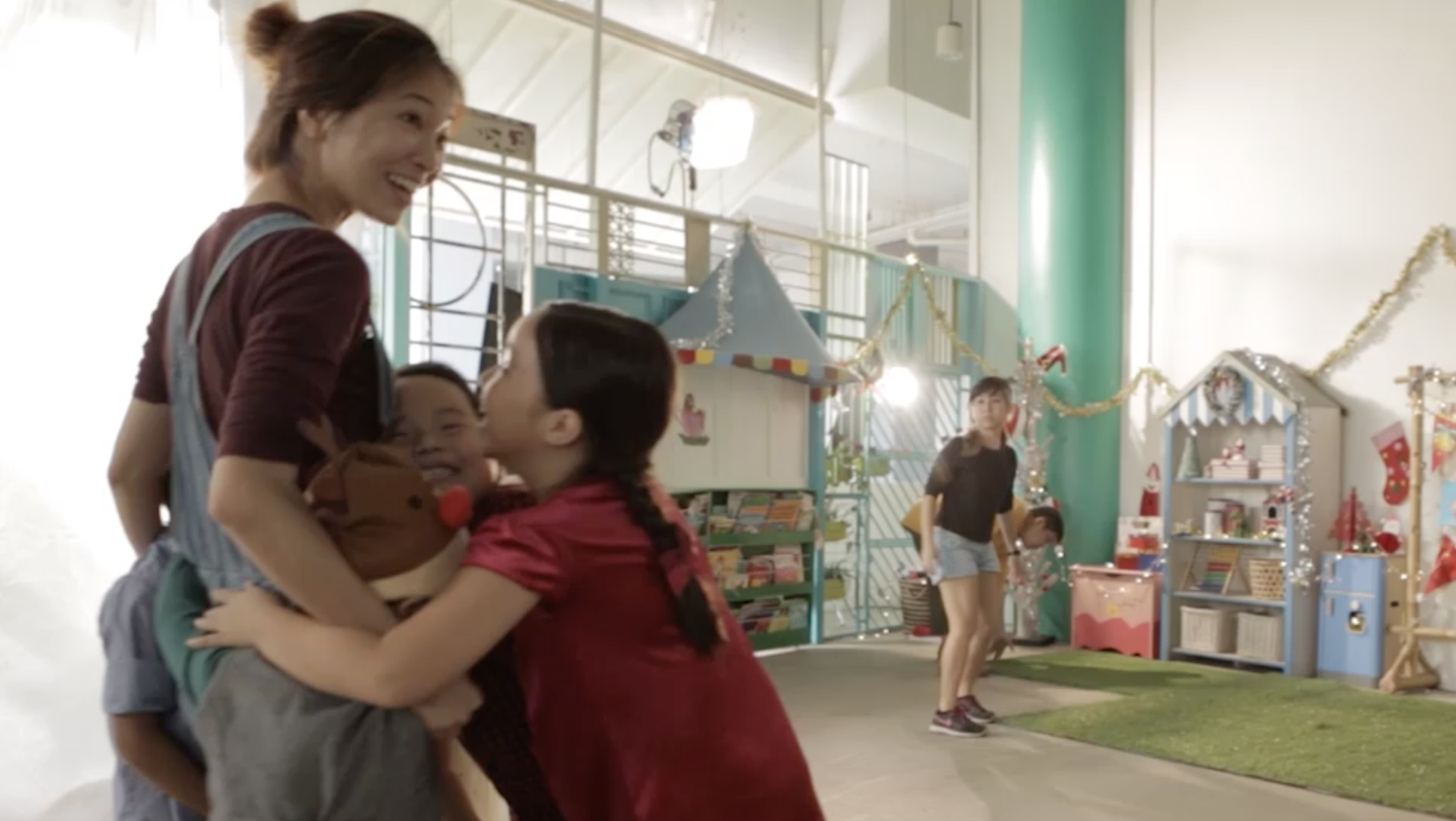 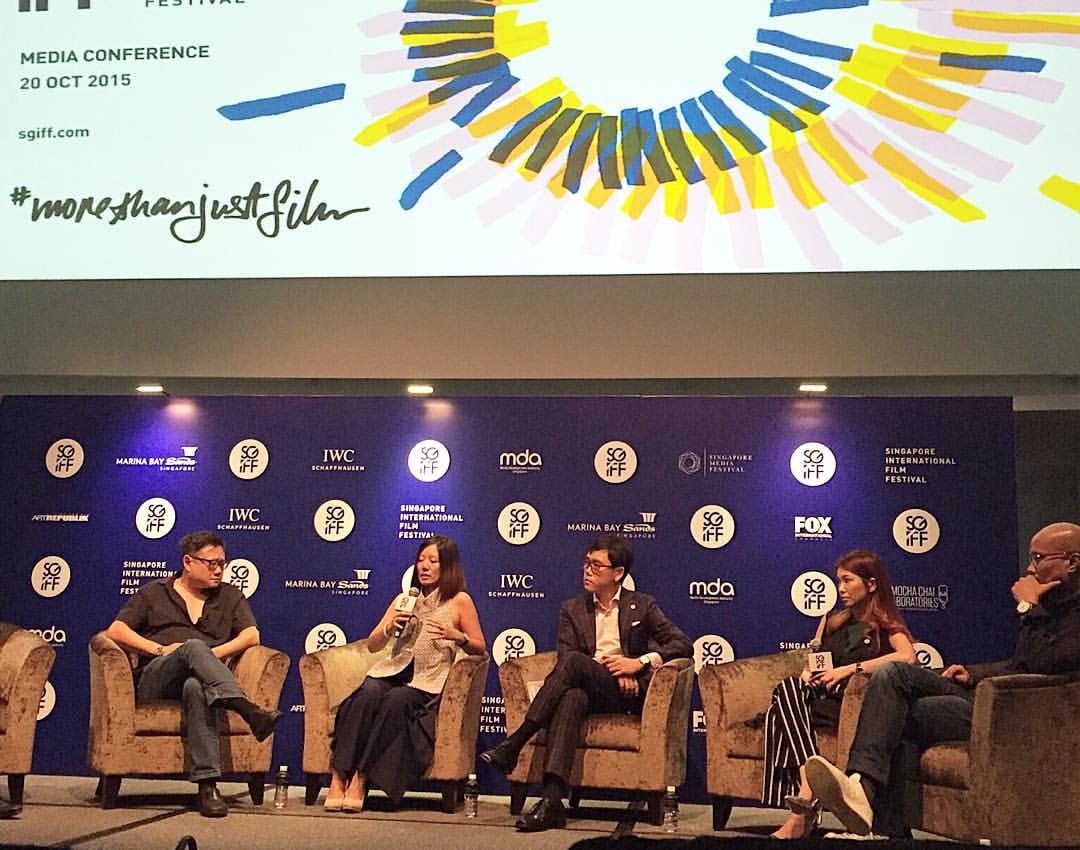 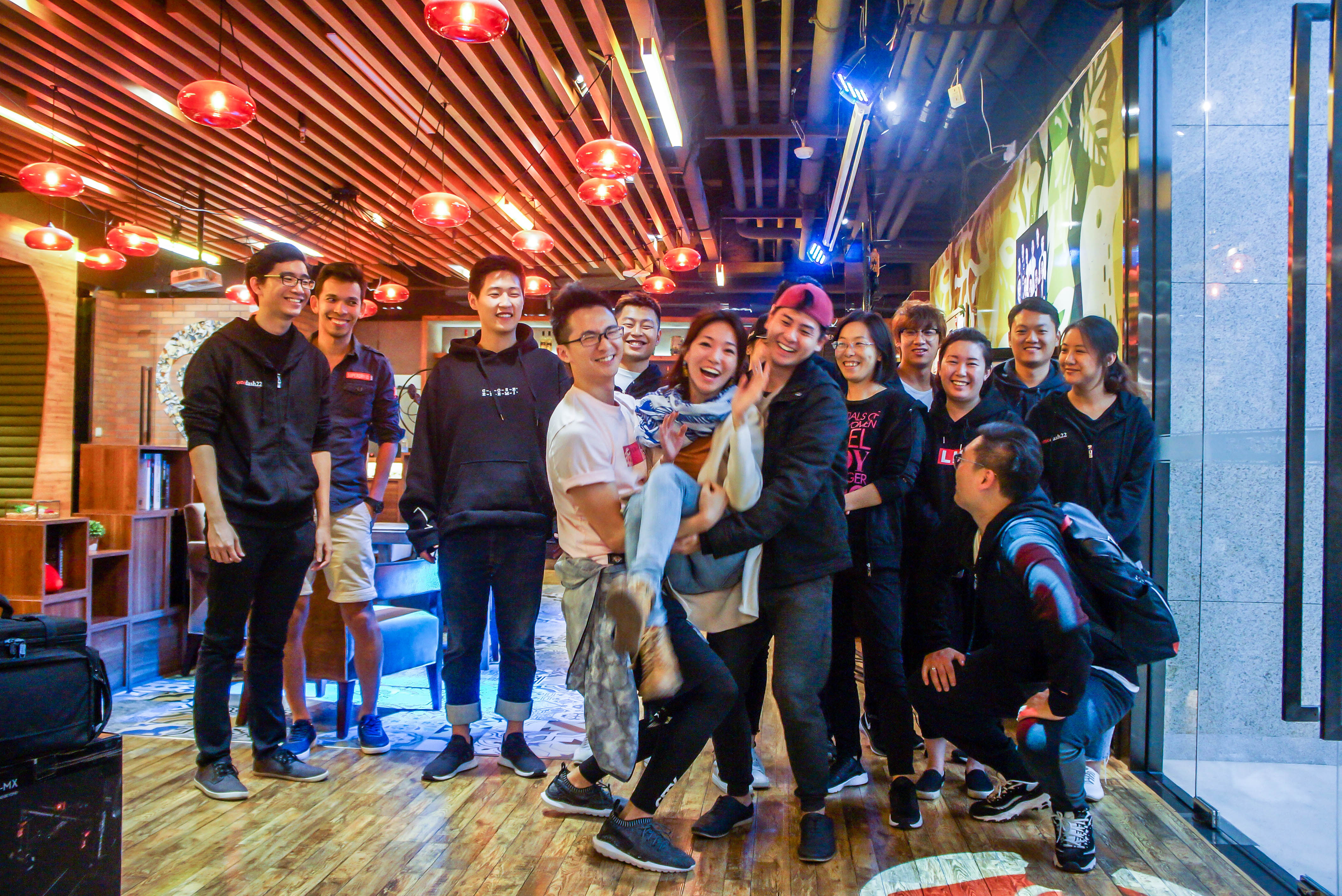 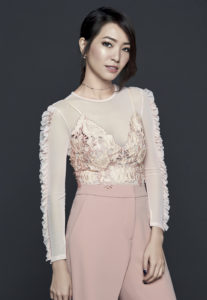 My name is Ang Geck Geck Priscilla. My close friends call me Gecks. You know it makes a difference whether I introduce myself as Geck or Priscilla. If I want to start a long conversation with a person, I will introduce myself as Geck because geck is just one letter difference from gecko. Now you know if I want to strike a conversation with you… haha.

I started working at the age of 13. I’ve done door-to-door sales, sold ice-cream via push carts, waited on tables at Chinese restaurants, sold clothes at Departmental stores, give tuition and even whipped up breakfast sets at local coffee shops. I was raised up by my grandparents. To ease their financial burden, I juggled up to three jobs while schooling to bring me through my university.

My work is driven by the desire to give a voice to the weak and I believe a good film can touch the lives of many to make the world a better place to live in.

I have directed various short films and commercial works. To name a few brands that I have worked with in the recent years, they are OCBC bank, POSB bank, Mastercard, Hotel Jen Tanglin, Macdonalds, Vicks, HP Printer and even the Singapore Government! I have also worked with a few creative agencies such as BBH, BBDO, Grey agency, and McCann.

MY latest feature script, Ah Girl won the Southeast Asia Fiction Film Lab (SEAFIC) Open SEA Fund Award 2018 and I am hoping to make my debut feature by next year.

I live in Singapore.  Singapore is made up of 4 different races (Malay, Indian, Chinese and Eurasian). It has a total of 6 million population, but 40% of the population are foreigners. The country is so small that we are called a red dot on the world map.

Singapore the country is a city itself, it ranks as one of the most expensive cities to live in globally. This is why we are often referred to as the Monaco of Asia. Cars are expensive, an example of which could be that even a normal car such as a Toyota Prius would cost in excess of US 100,000 over here.

What is unique about us is our racial diversity and our ability to live harmoniously among one another. All this is made possible from our education system where elementary education is made compulsory by our Singapore government. All kids are trained to be bilingual in order to communicate with different races and religions altogether.

Also, you will sometimes hear us conversing in Singlish (Singapore English). Singlish is a language invented by Singaporeans for convenience – the language that is a mix of different dialects and English from all races. I speak a lot of Singlish myself too to my grandparents.

I grew up in the suburb, on the north side of Singapore called Yishun. If you google Yishun, google will tell you that Yishun is infamous for all the weird stuff that happens in Singapore. We were even featured in the “upside down” in the Stranger Things trailer!

I grew up in the suburb, on the north side of Singapore called Yishun. If you google Yishun, google will tell you that Yishun is infamous for all the weird stuff that happens in Singapore.

Singapore, in general, is extremely safe to live in, people are friendly and generally very helpful. You could walk along the streets up to the wee hours of the night with absolute assurance nothing would happen. As a result, we have a bustling night scene where eateries, plenty of recreational establishments stay open as well. Indeed a city that never sleeps.

A complain I would personally have about living in Singapore would be our ever-changing landscape due to our fast-paced life. Old buildings are torn down to make way for new and as an independent filmmaker, I would be unable to shoot locations for stories set in the past. I fear that this would make us lose our heritage and identity if we fail to recognise and preserve the foundations of our country.

How did you start your career in art and film?

I have a passion for painting because I enjoy very good memories of my dad teaching me how to draw and colouring when I was a little kid. But there wasn’t a major in that.

I always tell people that film chose me instead. When I was in university, there were 5 majors to choose, so I canceled the four and I heard film calling my name.

When I was in film school, I always ended up in all the “female” roles (wardrobe, make up), I didn’t enjoy it. Most of my peers came from polytechnic, so they had some film background and I wasn’t given a chance to do any directing roles. I wasn’t very popular among my peers because I am always busy with my work outside and I know nothing much about films. I told myself I will probably get a degree certificate and do something related in sale to make a lot of money after I graduate to give my grandparents a better life.

Then one day, everything just changed. We were given an experimental film assignment. My professor told us we could either do it in pair or solo. I went ahead to working on my own because I was always MIA in school. It was easier to manage my own time if I am working alone. On the screening day, I was the last one to present. No one clapped for my film after the screening but their jaws dropped. I guess they didn’t expect me to touch on such a dark topic. Initially, I thought it was done badly because it was my very first film and I didn’t know the standard of a good film then (because you know I have been skipping a lot of classes) My film was well received among my professor and was chosen to screen as one of the Best take for our end of year show. I felt very encouraged and motivated to make better films after this.

I also found my purpose in life through making films. It is to give a voice to the weak through my work.

My First debut film, Broken Crayon, received a few accolades and won the Best Short film award in the Singapore Short Film Festival 2013. It talks about a child’s sexual abuse story which is something that is very difficult to talk about. This kind of child sexual abuse is actually quite common in Singapore, but it’s not often tackled because it’s a domestic affair. People don’t really want to talk about it and even if you want to reach out to someone for help, there is rarely anyone to turn too. When it comes to child sexual abuse, it’s actually referred to as a police case, which makes things even more complicated. If you go to a family social welfare for help, it’s still OK, it’s not like get things would go out of proportion. But then when it comes to this kind of problems, you must go to the police first then they will refer you to [a social worker] if you really need help. I feel like it doesn’t work this way, especially if the kids are traumatised. And… especially Asian countries, how do parents speak to the child about this kind of topic?

You can read more about the film here.

I also found my purpose in life through making films. It is to give a voice to the weak through my work.

I don’t think anyone was neither against nor supportive of my decision. My friends and family know I am a very independent person. I usually make my own decisions and work hard towards something that I believe in.

I am working towards getting my first feature film made by next year. I hope to spread my film around the world to impact positive change.

I also have a plan to pursue my masters after making my feature and working overseas.

I am working towards getting my first feature film made by next year. I hope to spread my film around the world to impact positive change.

Wow. That is a really difficult question. There are so many talented people around the world that I want to work with!

I think that one person I really dream of working with is Ryan Gosling. He is so talented and versatile!

I was surrounded by mostly men in my life except for the only woman in my life, my Grandma. She was the one who brought me up. She is illiterate yet she made sure my sister and I had a proper education.

Not really. Most of the creatives around me are male. I guess the females don’t stay too long in my industry once they are married and have kids.

However, Yuni Hadi caught my attention in Singapore. She nurtures young talents in the arts, the co-producer of Singapore’s first and only Cannes winner, and the executive director of the city-state’s oldest and longest-running film festival, the Singapore International Film Festival. In fact, she helps to grow the film scene in Singapore that gives us a lot more opportunities for filmmakers like me to be able to continue making more films. I have a lot of respect for her.

Ten years back, I think it would be difficult to get a job if you were a female because it was not common to see a female director in the industry. Somehow, clients tend to prefer male directors. But time has changed now, it is definitely less challenging to get us out there because of all the female empowerment campaigns and the #metoo movement. Also, comparing to other Asian countries, I think Singapore experiences less gender discrimination.

To be honest, I always think it is easier to put yourself out there because you’re a woman. They will notice you, but it doesn’t mean they will always give you work. You really have to be thick skinned and keep pushing hard just like anybody else.

If you ever feel like you are ever struggling to make any decision, remember this: Be true to yourself.

You really have to be very consistent with your work. Every year, I would plan what I need to do. So this year, I’ll make a short film; next year I can take a break because I will be sending it out to film festivals. You must keep on going so people will remember you. If you stop for one or two years, people will move on. If you ever feel like you are ever struggling to make any decision, remember this: Be true to yourself.