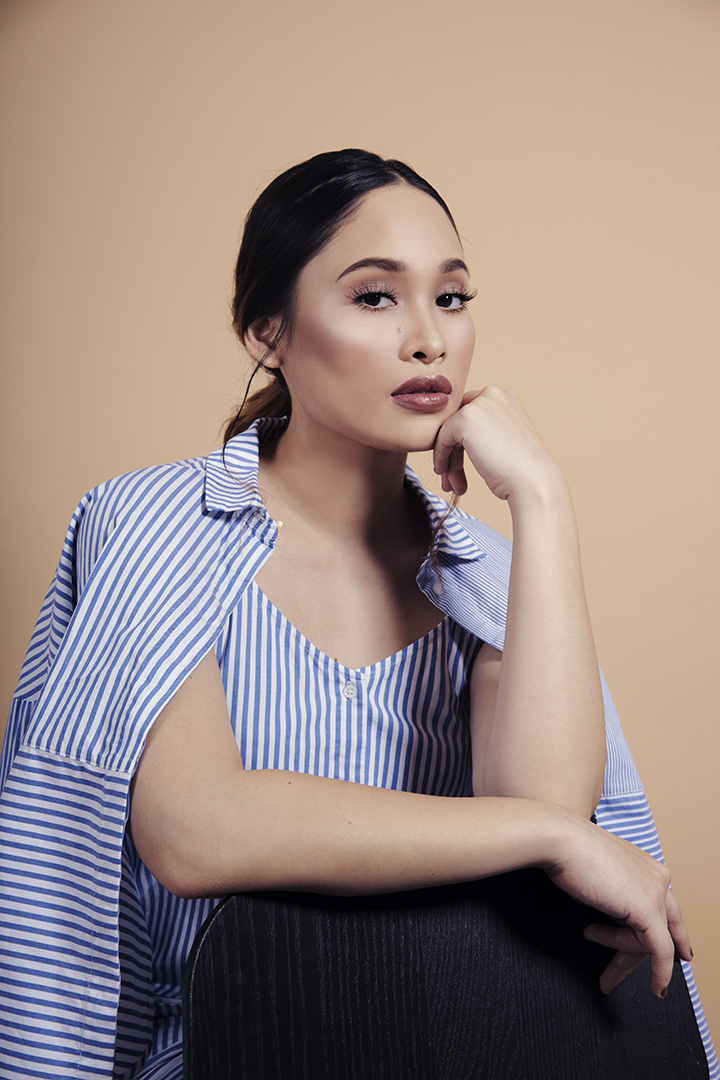 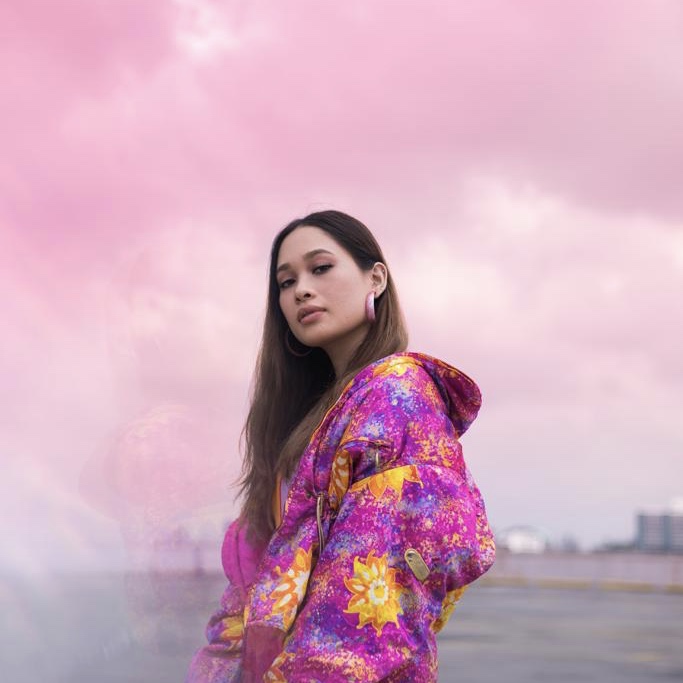 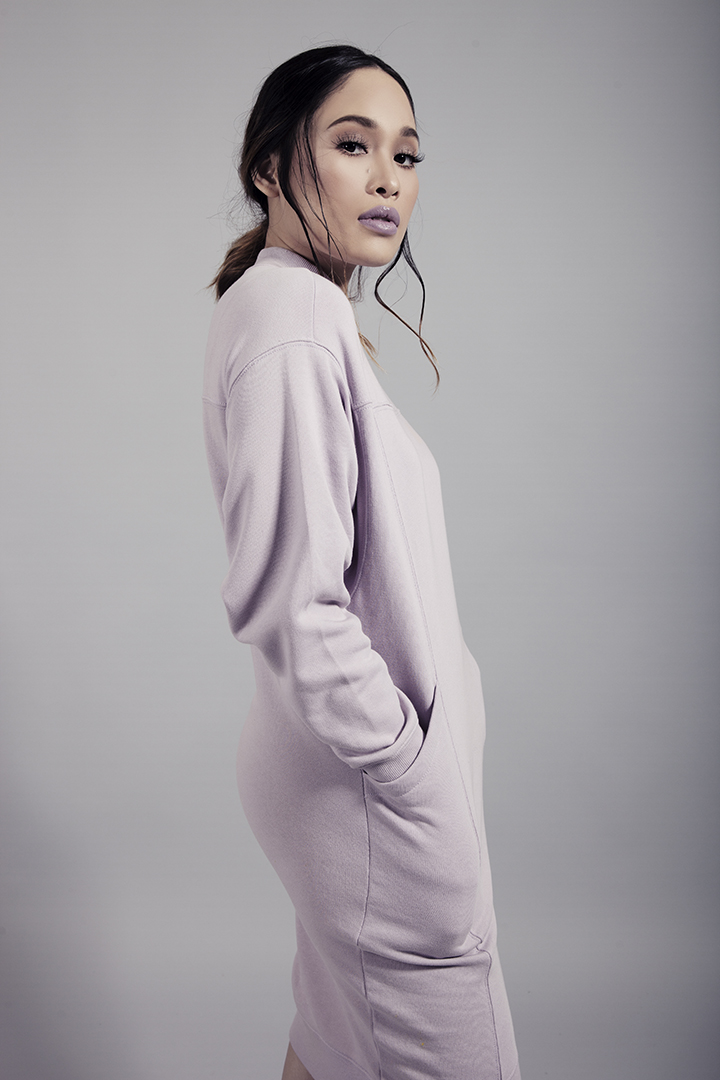 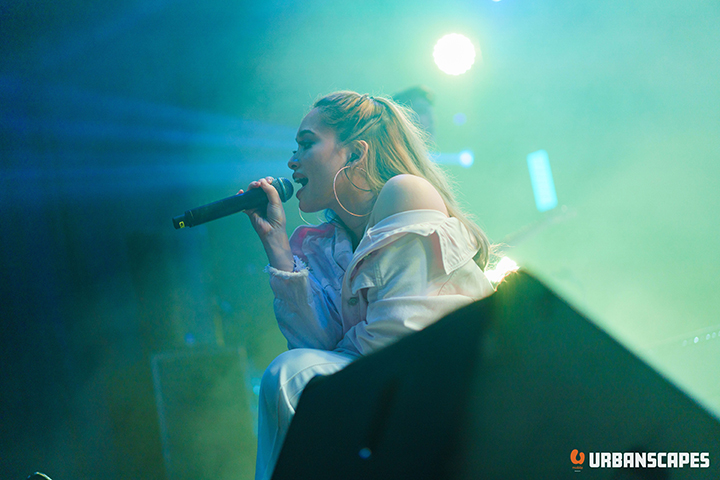 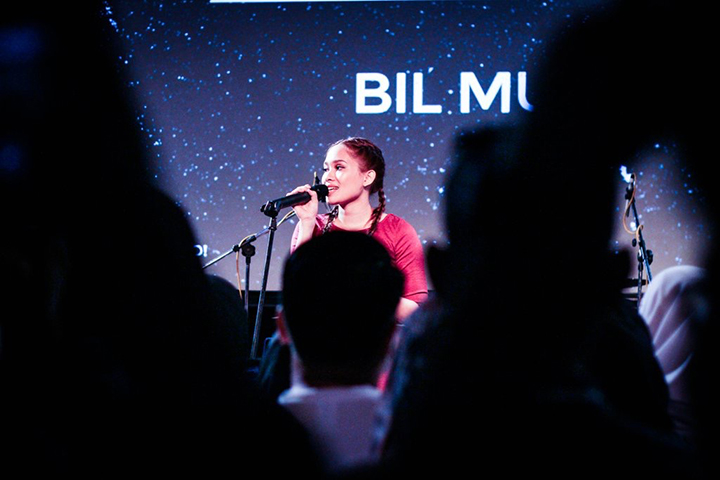 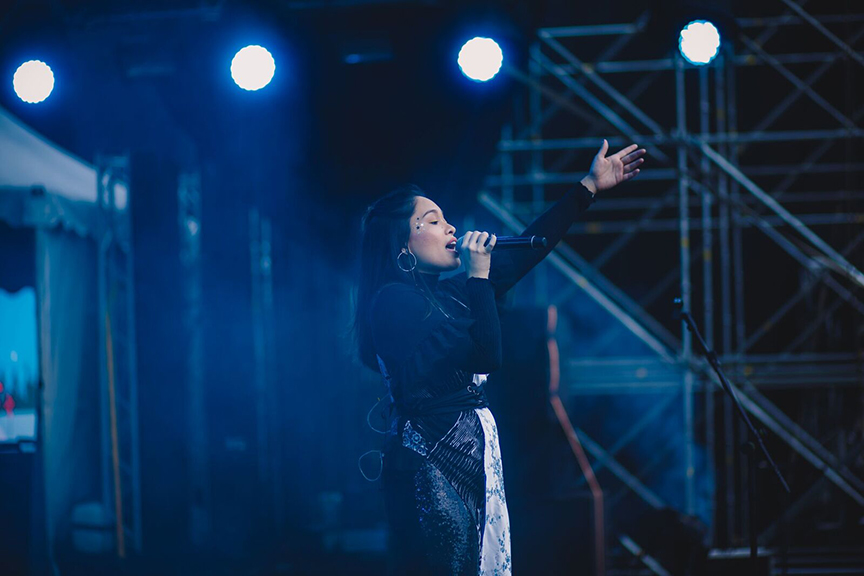 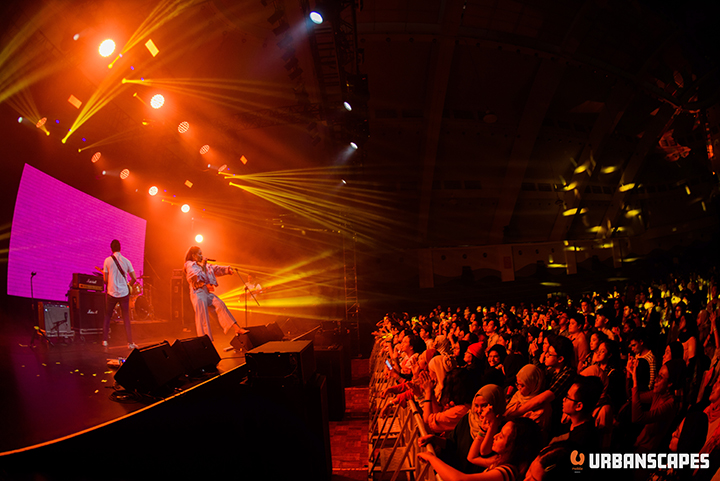 I am a singer/songwriter from Kuala Lumpur, with a passion for writing predominantly sad songs and cooking good food. I’m currently doing music full time under the label Yuna Room Records but have other ventures as well because I can’t sit still.

I’ve lived in Kuala Lumpur all my life and I love it. Where I live, I don’t really feel restricted in terms of what I want to do or how I want to dress. It’s quite urban in the area where I live, with different races and cultures in one place and everyone (mostly) gets along. Everything is accessible and there’s plenty to do – outdoor activities, plenty of shopping, all kinds of food, any time of the day, the nightlife is good, the weather is stable, so I’m pretty content here. Most of my friends and family are here too (we’re practically neighbours) which is a lot of fun.

I am a singer/songwriter from Kuala Lumpur, with a passion for writing predominantly sad songs and cooking good food.

The best things is, as I said before, there’s so much to do – something new pops up all the time. Of course! Kuala Lumpur is the central hub of Malaysia. The bad thing about that is, everyone wants to come here, people come in and out, so the traffic gets bad. Which in turn, results in angry, reckless driving.

I was actually a late bloomer and that’s because I didn’t even know this is where I’d end up. I never thought of it as a kid. My career began when Yuna‘s manager saw me singing at a wedding and later on, she inquired about me and my interest in getting into the music industry. Truth be told, I had none. At that point, I had probably only written 3 songs and posted them on Soundcloud and I only did a few live gigs. I was quite surprised that the label wanted to sign me and I had a month to make my decision. At the time, I was still in college and I was worried about my privacy and all the things that would come with exposing yourself, but I decided “what the hell” I’ll just do it.

My career began when Yuna’s manager saw me singing at a wedding and later on, she inquired about me and my interest in getting into the music industry.

I think, for the most part, everyone was quite shocked. My friends knew I had some talent in music and they always sort of encouraged it but I was a really shy and quiet person and I mostly kept any sort of talent I had hidden. I have a lot of other singers in my extended family and everyone always saw it in them but for me, it was out of the blue. My parents were not supportive at all in the beginning. They were very skeptical and slightly disappointed I feel. They’re very conventional, I suppose. My dad is an engineer and my mum did biochemical sciences and worked in a bank. They always stressed the importance of education and doing well in school and so when I said I wanted to do this while I was in college, my dad wasn’t too happy. They started becoming more open to it, though, when my parents came to one of my big shows and saw how many people were singing along to my lyrics. Suddenly, going to late-night rehearsals at faraway studios became a bit less of a problem and sometimes I would find them listening to my music in the car and even their caller ringtones are my songs now!

I definitely do want to be more experimental in my future work and do a lot more collaborations. Hopefully, I’ll get to reach an international audience and get to perform around Asia and outside of my own country. That would be a dream.

I definitely do want to be more experimental in my future work and do a lot more collaborations.

Right now, it would be Flume. I think collaborating with him and coming up with something as beautiful as Never Be Like You would be insane. Collaborating with a DJ would take me out of my comfort zone and spice things up.

The women around me are definitely what Malays call “garang” haha. They’re feisty but they’re caring. The women in my family are very headstrong and most of them are independent. No doubt, I got being independent from my mum. She always taught me to not trouble anyone else and to always be able to do things myself. My dad’s mum was always telling me to love myself first. They were never the type to say that I should be subservient to my husband or any man. They taught me that I have to work hard and be able to support myself and not just depend on other people. My close friends are the same. We’re very career-driven and quite independent and we know how to have fun. On top of that, I feel like we always check up on each other, which is a really good support system.

The women around me are definitely what Malays call “garang” haha. They’re feisty but they’re caring.

There were a few. Siti Nurhaliza was one of them. She is an amazing singer and was just from a small town. People would make fun of the way she spoke English and all that but to me, she walked the talk. Shila Amzah was another one who broke boundaries. Of course, now it seems not too alien that someone who wears the hijab can sing in Mandarin but when she did it, I was just so inspired. She really doesn’t care what people think. And this last person, whom I know all my friends looked up to as well, is Yuna. Isn’t it crazy?! I’m under her label more than 10 years after I first heard her sing. I looked up to her simply for one reason – she broke stereotypes. It’s not easy proving people wrong, while they keep a close eye on you, hoping you’ll mess up. Look at where she is now.

Definitely. It’s irritating but you just have to fight the fight you know. When I first started, there would be a lot of “taking advantage” by older men. I think it was because I was younger and they thought I was vulnerable so they could try their luck. Big guys in the industry, company heads, directors, would ask me if I’d like to go out with them. They were much older and I knew it wouldn’t be just “coffee”. When I refused, they would insist or subtly threaten my career. People judged me by my appearance. They didn’t know I wrote my own songs so they would say “oh she’s mostly face, that’s probably why they signed her”. At shoots, people would try to make me dress really sexy. I would bring my own clothes and they would suggest more revealing clothes. I’m not a saint but I don’t like to show too much skin. It’s a personal preference, to each his own. Some people took that as me being difficult or as me being too “safe”. Nowadays, every now and then I get people trying to be funny, trying to take advantage but I know the tricks all too well. I say things with a lot more conviction now so I don’t get as many people questioning where I am as much as they did before.

I say things with a lot more conviction now so I don’t get as many people questioning where I am as much as they did before.

There are going to be times when you might doubt yourself. Always persevere, be sincere in everything you do and know that it’s going to be hard work but it will be worth it. Even when people are against you, remember to always be kind and humble and remind yourself of why you started in the first place and all the things you had to sacrifice to do what you love. In the end, haters gon hate, potatoes gon potate.