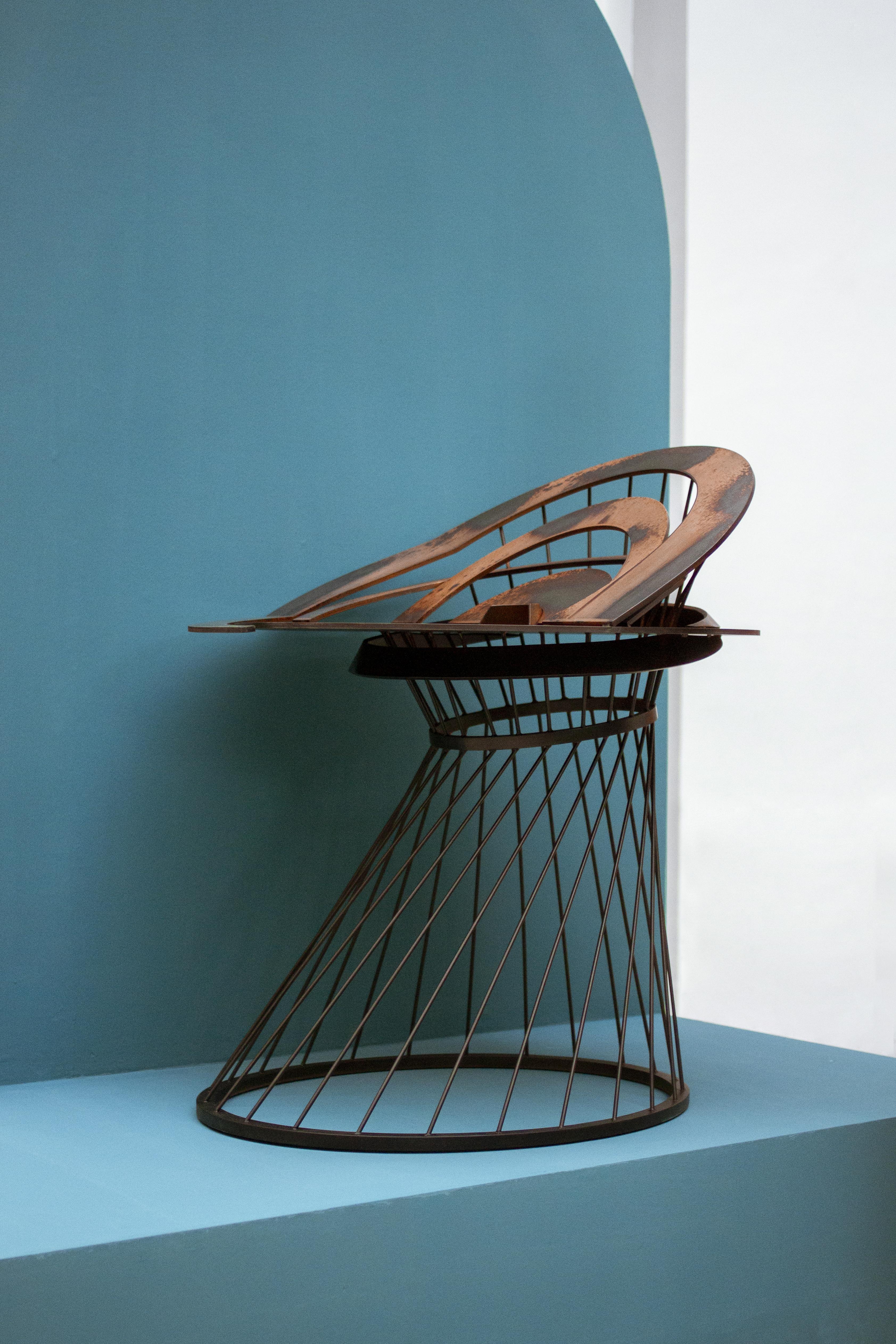 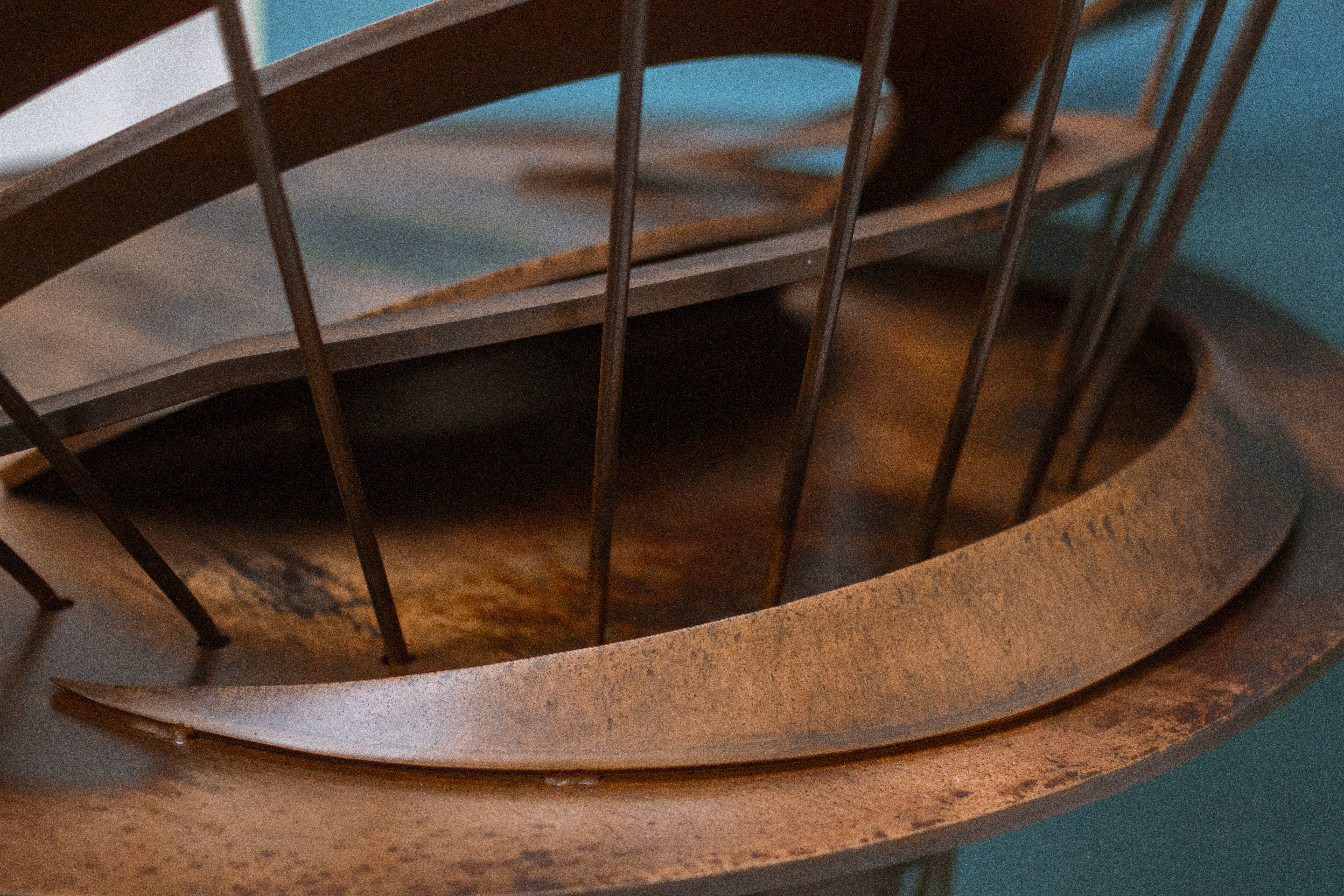 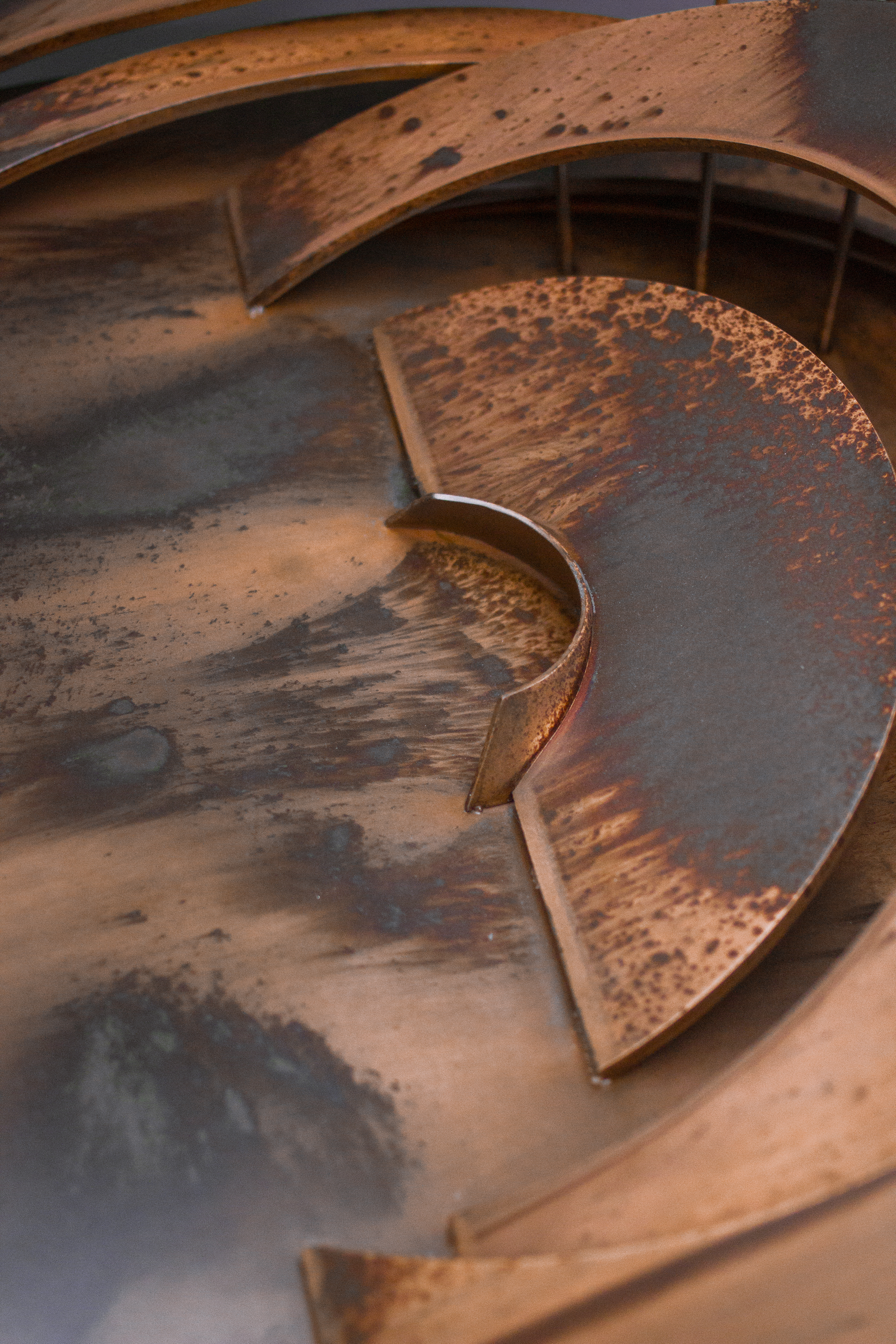 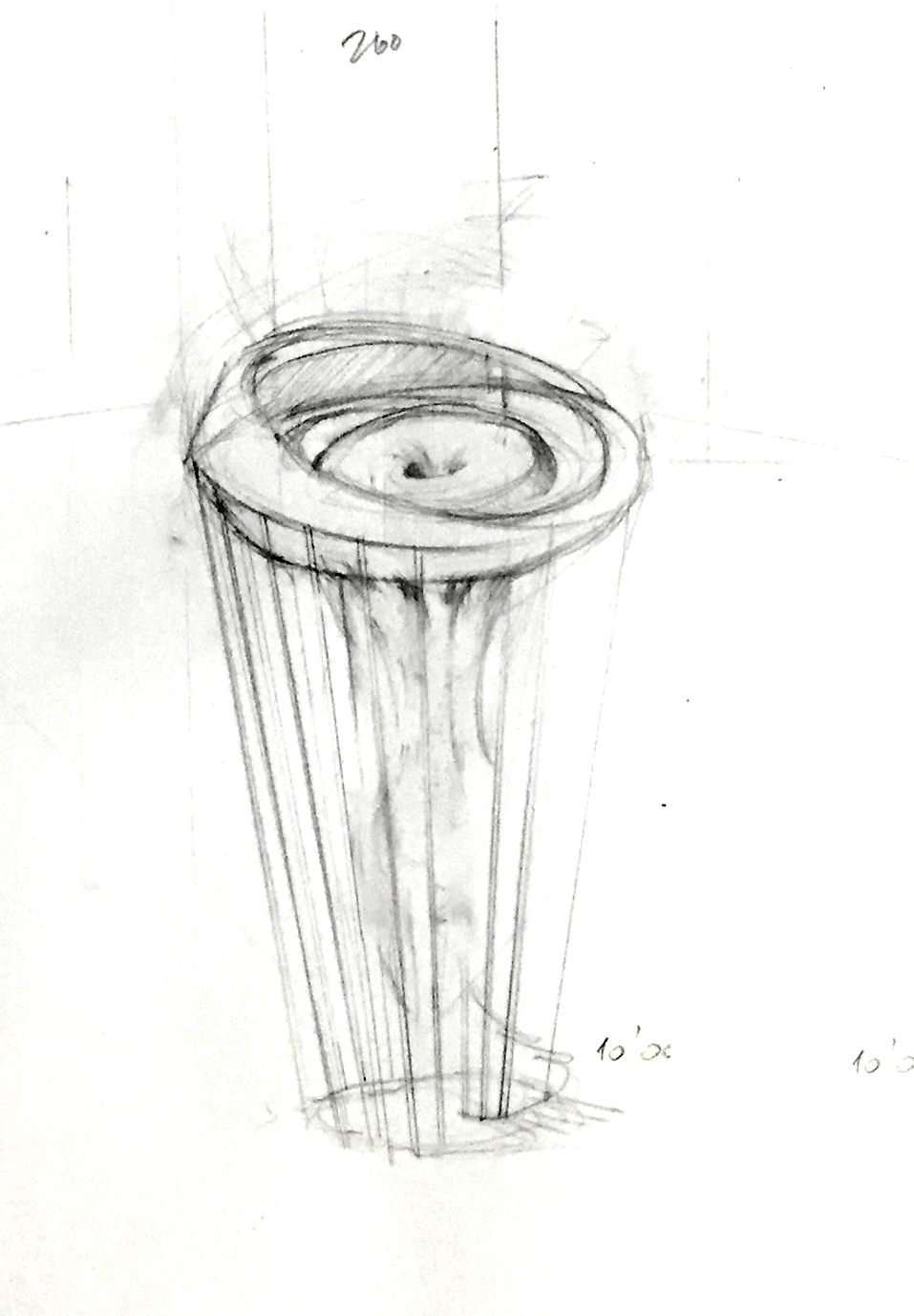 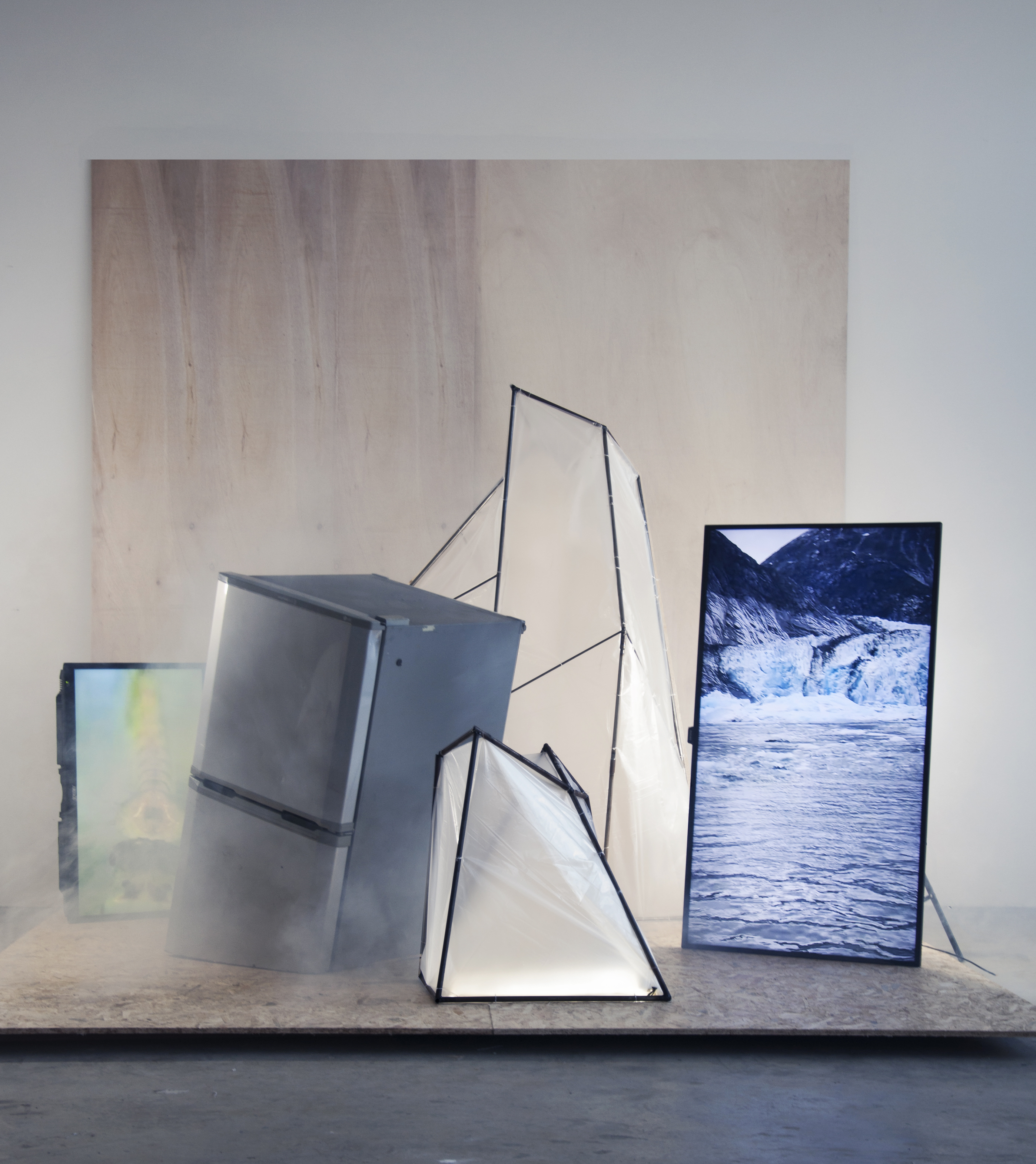 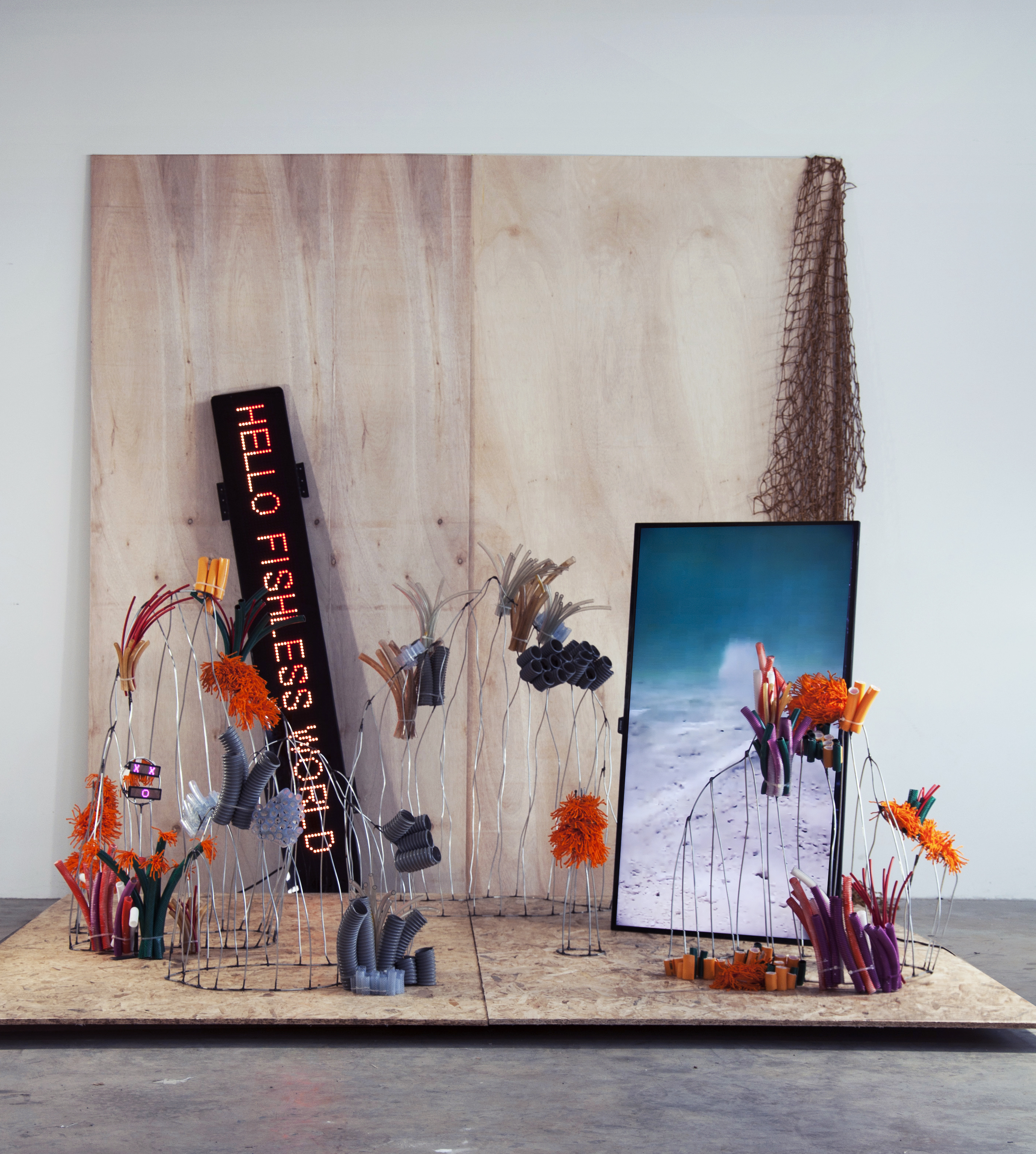 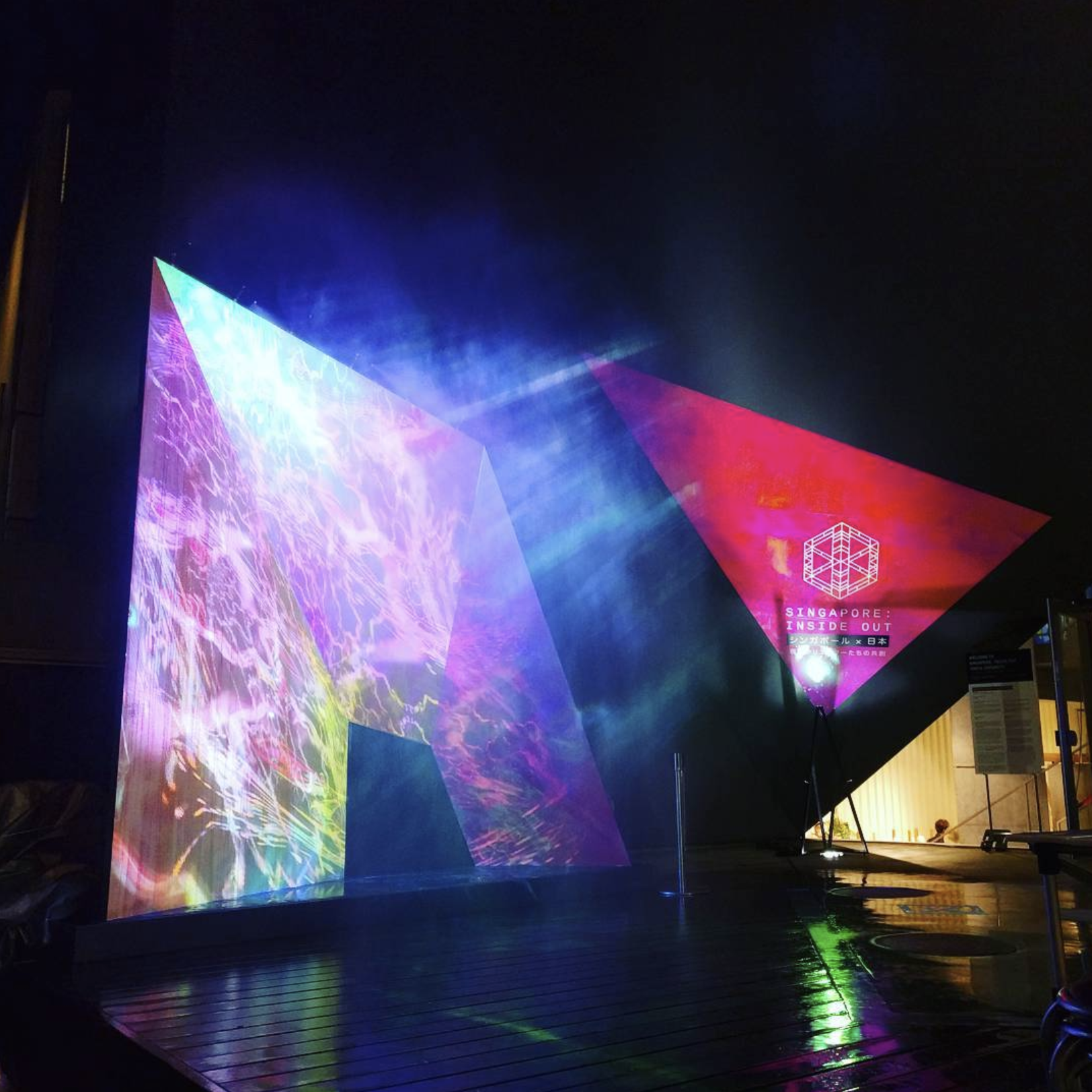 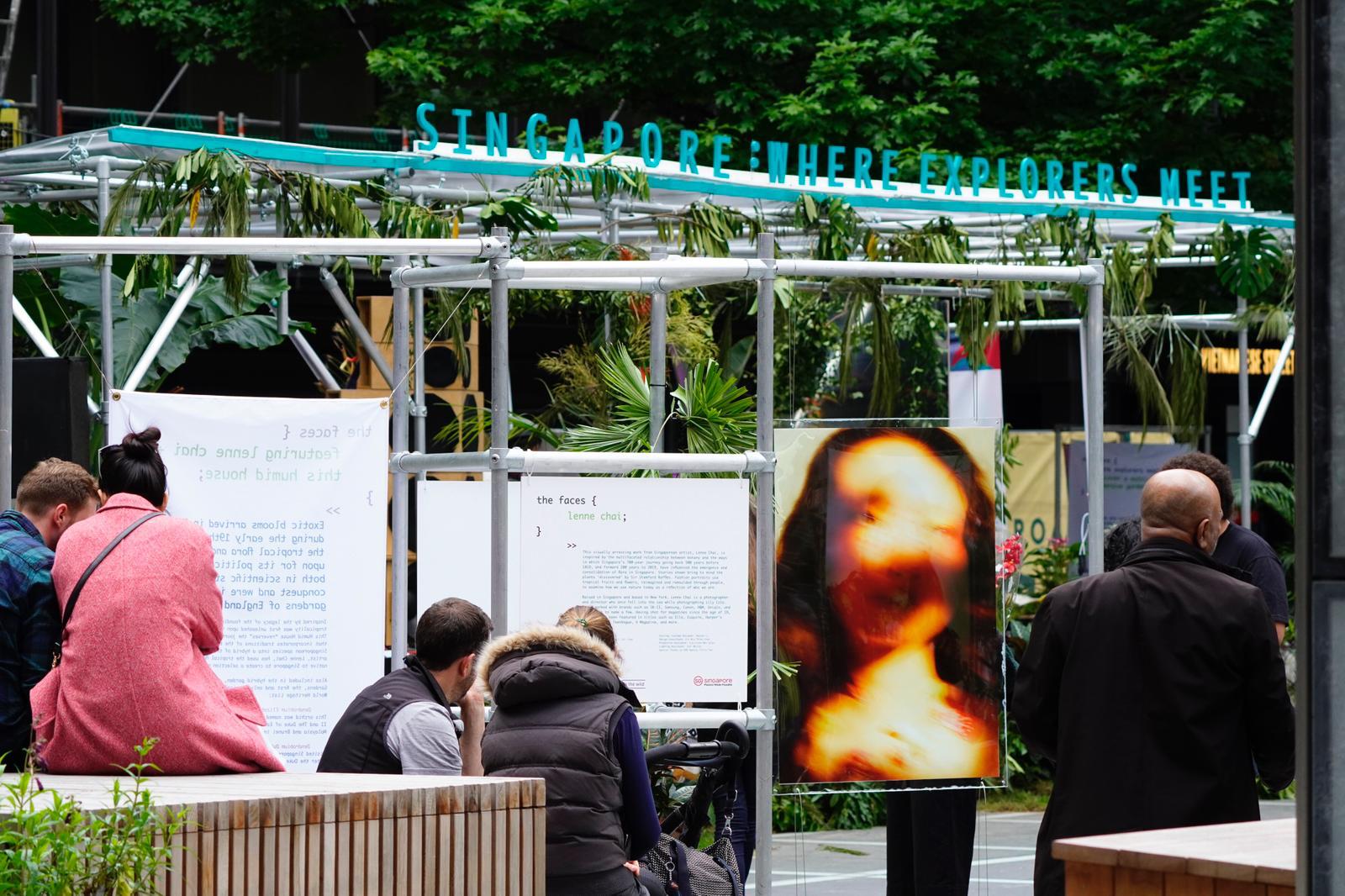 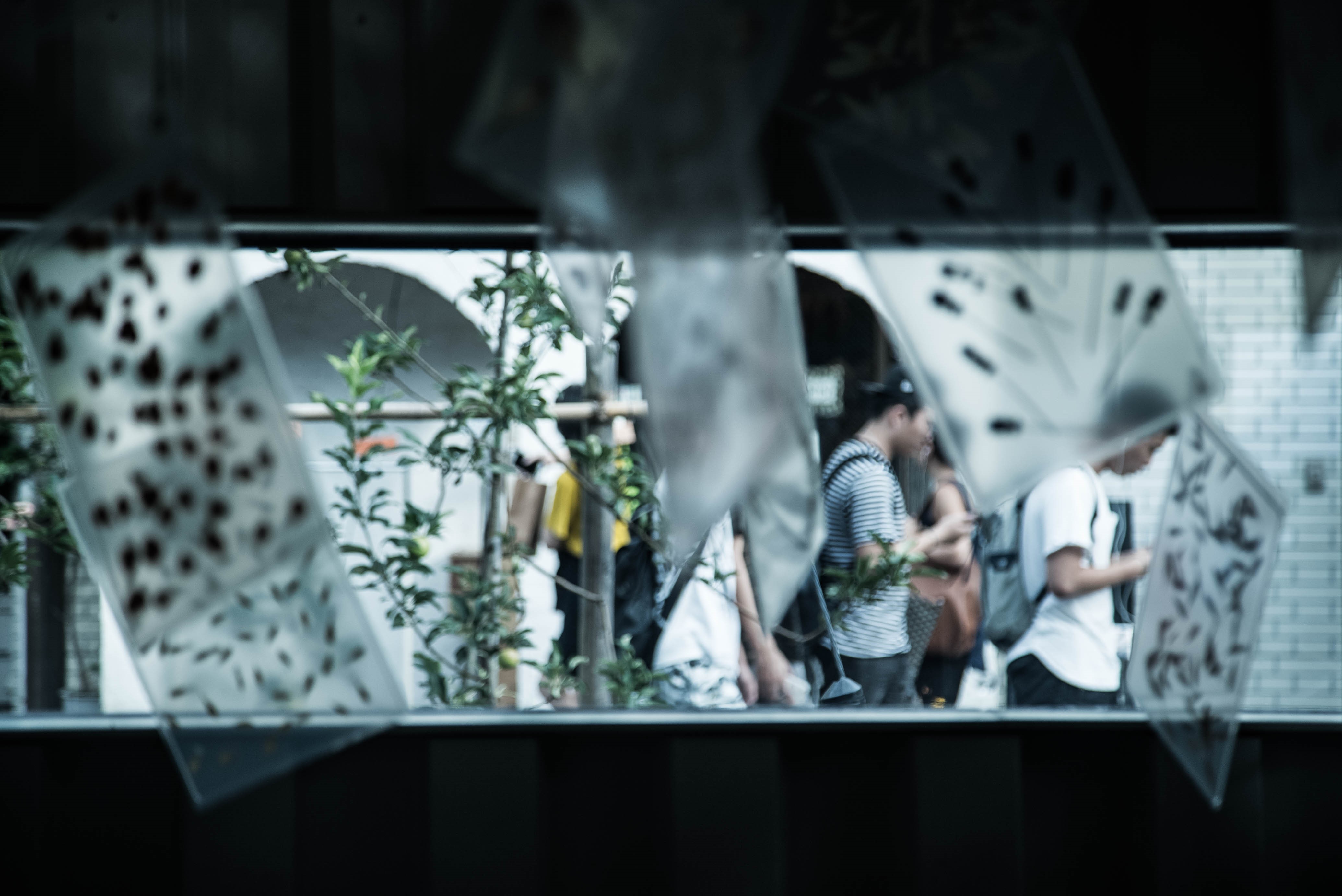 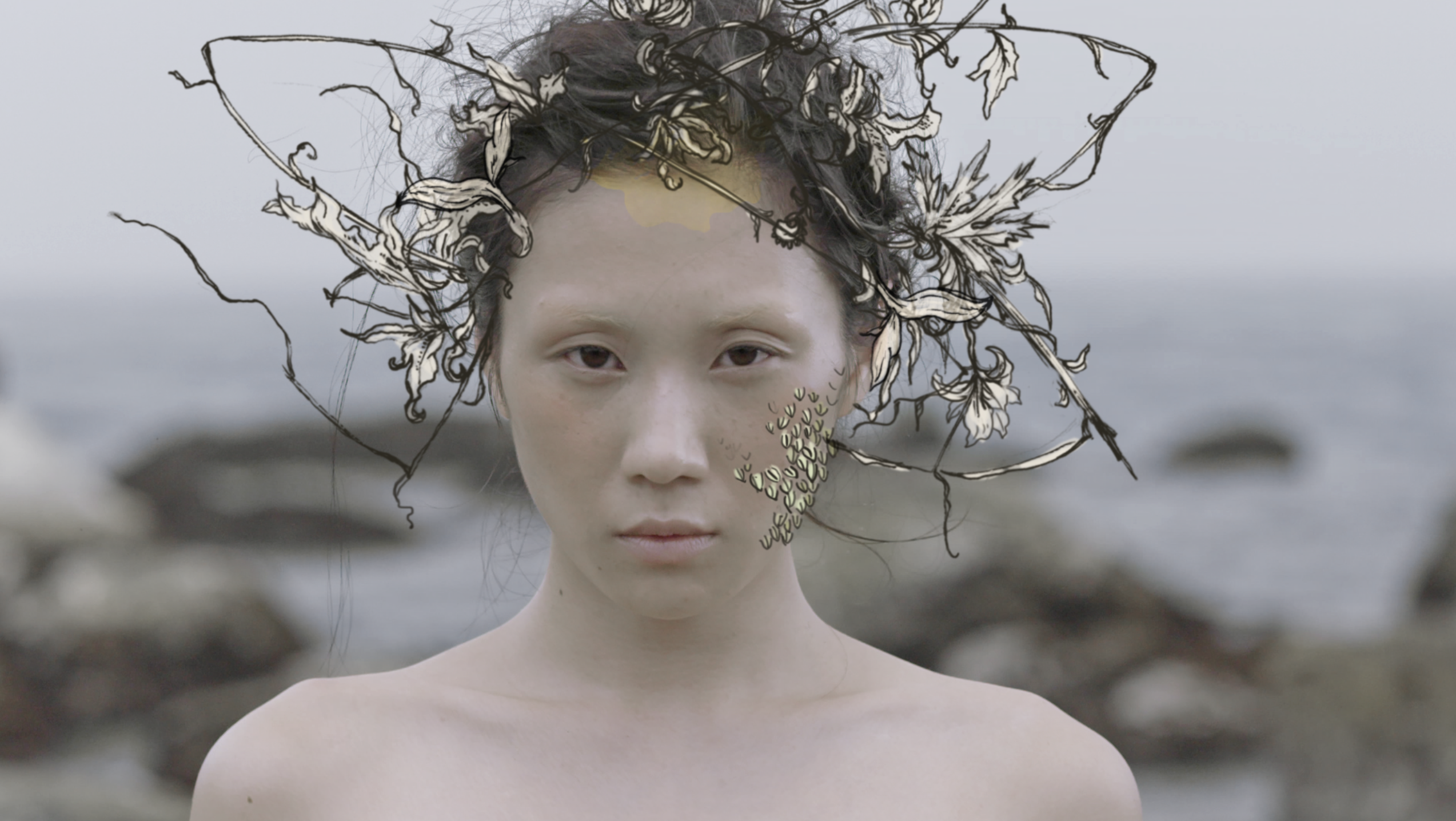 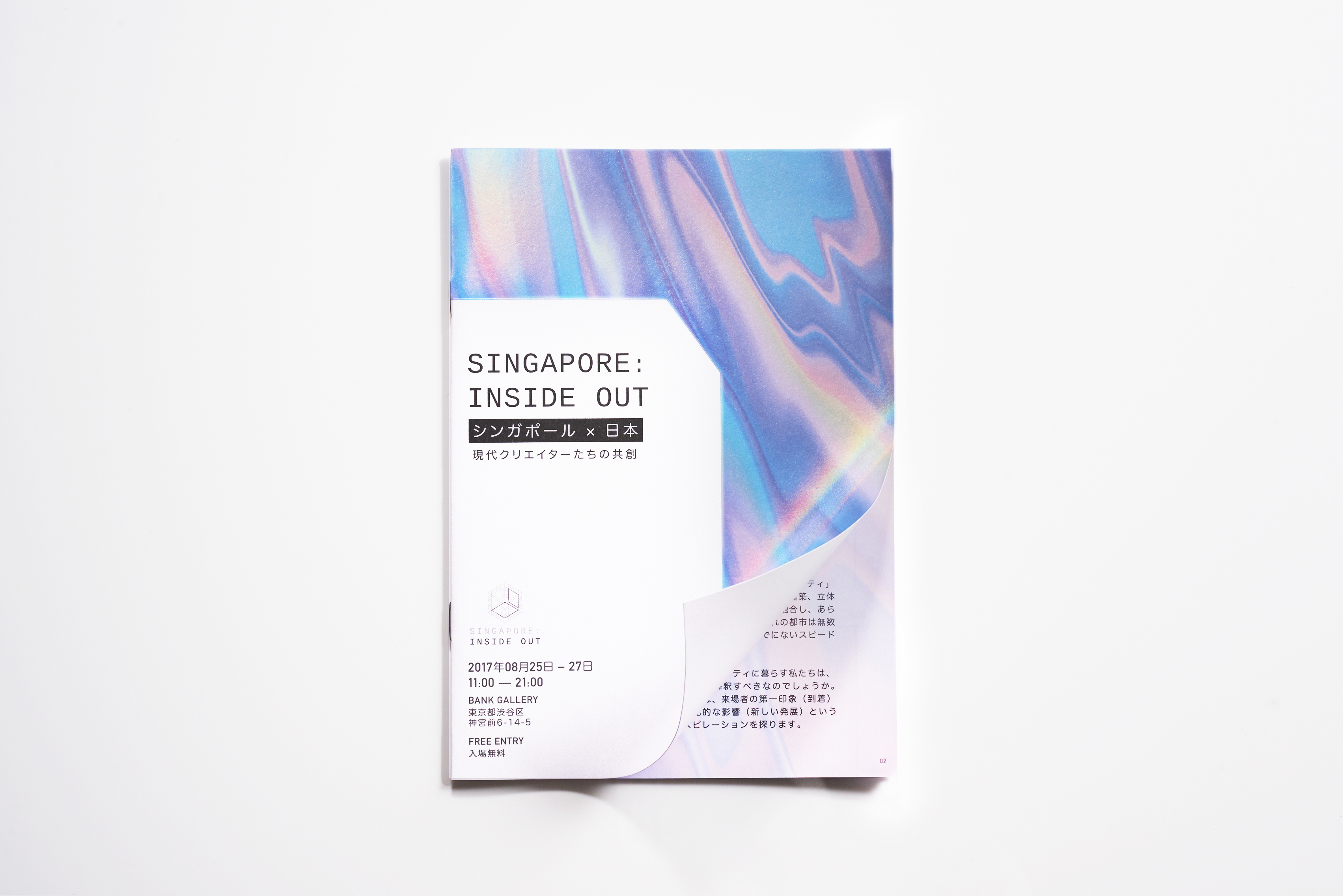 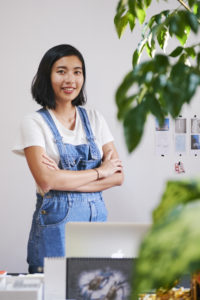 I grew up on a sunny tropical island city called Singapore, and at 19 moved to grey rainy London to study design. The pen and paper help me understand myself and the world around me better and working in design allow me to satisfy my curiosity in learning and creating and adding a little joy or surprise to the people around me, it’s like alchemy. I also co-founded the creative studio in the wild with Tan Jia Yee.

Singapore’s a strange beast. It’s a tiny island that takes less than a day to cycle around but at the same time this tiny island has the 3rd highest per-capita GDP in the world, packs 5.6mil people, recognises Malay as the national language, but English is what everybody speaks. It’s a city that’s also a country in itself. It’s an incredibly safe place to be in, but it’s also incredibly vulnerable to the slightest foreign event. There are endless contradictions to unpick, which to me, makes it such a fascinating concept as a country. A friend who had lived in many different countries growing up made this observation of Singapore when she visited. She said being in Singapore feels comfortable and easy because it reminds her a little bit of every city. It’s a little bit like New York, a little like Hong Kong, a little bit like Tokyo, a little like London etc., and so there’s always something familiar to her.

It’s a privilege growing up in Singapore, in a port city, we are made to feel that the world is so accessible. Maybe precisely because we are small with such friendly terrains that exploration would easily take you to another country, and the extensive logistics and trade network draws the world’s media and products to one place, as compared to a geographically much larger country where it might be difficult to even visit the opposite coast much less travel out of the country. At the same time that makes us very removed from the origin of things. When it’s so easy to access all these imported goods, we cease to marvel at the magic of receiving something made in a very distant land, we start to forget the labour involved in creating and the materiality that makes up our city. This disconnection is something every highly developed urban city faces, but the difference is that in Singapore, there is no other state, towns or province to introduce a diversity of wisdom from the land.

I was in secondary school (equivalent of senior high), I knew I wanted to study something creative. I didn’t know what is art or design then. I just wanted to draw and develop that. My elder sister got me a small project illustrating and doing the layout for a Johnson & Johnson advertorial and that kickstarted my string of interning and freelancing at various corners of the creative industry.

My elder sister got me a small project illustrating and doing the layout for a Johnson & Johnson advertorial and that kickstarted my string of interning and freelancing at various corners of the creative industry.

Initially my friends and family were skeptical. It’s not the most lucrative industry to be in, and at that time, design in Singapore was barely understood as a profession. At that time, the impression of design was from the 60s and 70s, when Singapore established its manufacturing sector, as a very industrial or technical job working in the factories. As the country developed, the common dream for many Singaporean parents was for their children to attend universities and get a white-collar job as a lawyer, doctor or banker. Imagine their bewilderment when at 15 years old, I announced that I wanted to study design. I’m not impulsive or reckless but they were very worried. Nonetheless, my family still supported me through it all.

I do hope that the studio I founded with my incredibly talented business partner Tan Jia Yee will mature into a creative space of its own and build the muscles needed to weld the different aspects of design and command jobs that allows those muscles to be exercised.

I do hope that the studio I founded with my incredibly talented business partner Tan Jia Yee will mature into a creative space of its own and build the muscles needed to weld the different aspects of design and command jobs that allows those muscles to be exercised.

Thomas Heatherwick. I do hope to be able to observe how he works, how he thinks and approaches each situation whether as a creative or as a professional. I think it would be incredible to observe Robert Wilson through an entire project process as well.

At one point, purely by chance, our studio was a fully female team. They’re an incredibly independent, capable, funny and talented brunch. My mum and my sisters have always inspired me with their attitude in life. I’m quite fortunate in Singapore where there’s a relatively good balance in our attitudes towards genders when compared to many places in Asia. Of course, more can be done, but I was never made to feel my gender was a disadvantaged growing up in Singapore.

There were few local female designers I could look up to as a role model, and it’s because of a combination of factors such as the industry being quite young and at that point there were very few local design studios so there was not much profiling of local creatives either. You have to understand at that time, the pioneer local designers and creatives were facing an uphill task of just fighting the impression that local design is sub-par and of low quality compared to design from established markets you could import from. The commonly held belief here was that you had to make it overseas and get a stamp of approval from the USA or UK to be considered good locally. That isn’t surprising considering our understanding of aesthetics and beauty then is a mixed bag of influences from overseas media. There were Singaporean female artists that I admired such as Margaret Leng Tan, who worked with John Cage, and is an accomplished and internationally renowned artist in her own right, but she was largely based in New York and the local media in Singapore did not cover much about her. She felt like a distant legend to me.

We could do with a better balance of representation of females in leadership positions to chart paths and open up avenues for discussion. There are far too few female Creative Directors, Principal Designers, Architects, etc. It’s not just about appearing to celebrate Women and #GirlBoss but to really unearth what are the obstacles, to understand how it affects both male and female, to better the industry as a whole. Yes, I have been self-conscious of being taken less seriously and dismissed for our age and gender when we first started the company and started doing cold pitches. I’ve also encountered well-meaning seniors in the industry who asked why I choose the path of hardship and struggle to start my own business when I’m a “beautiful girl” and can just “get married and lead a good life”. I’ve also heard of common water-cooler gossips about how you have bad luck if your boss is a woman (implying that she will definitely be a micro-manager, have mood swings, be emotional) and worse if she is unmarried and much older (implying that without marriage and kids, she will have that much more time to micro-manage you, and on top of that have unresolved personal issues and have hormonal imbalance that she will take out on you). Imagine a boardroom and two young girls walking in to present, the effect is less ‘ courageous genius young start-up whizz kid’ and more ‘oh these two girls are so young!’. It’s a conditioned image that has less to do with industry and more to do with society. But at the same time, I am also fortunate to have found mentors both male and female who believed in us and supported us to where we are now. I don’t think overtly sensitive political-correctness is the way to solve this or shaming those who disagree, but as a society, we need to have more open conversations amongst ourselves and articulate what we want to accept as our standards.

Always keep your chin up, be humble, and learn to see through illusions and the shiny glitter, which the creative industries have many.

Always keep your chin up, be humble, and learn to see through illusions and the shiny glitter, which the creative industries have many.