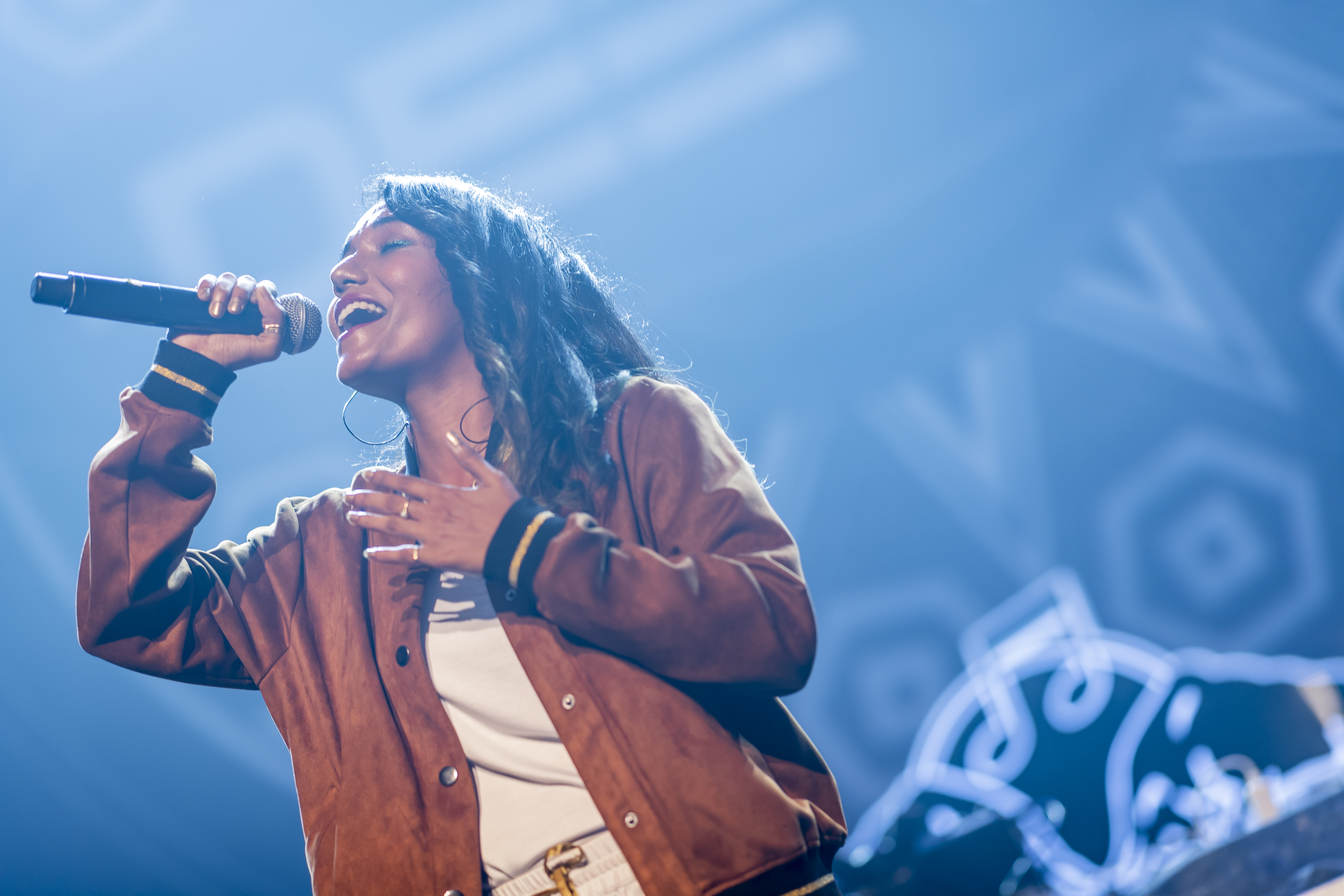 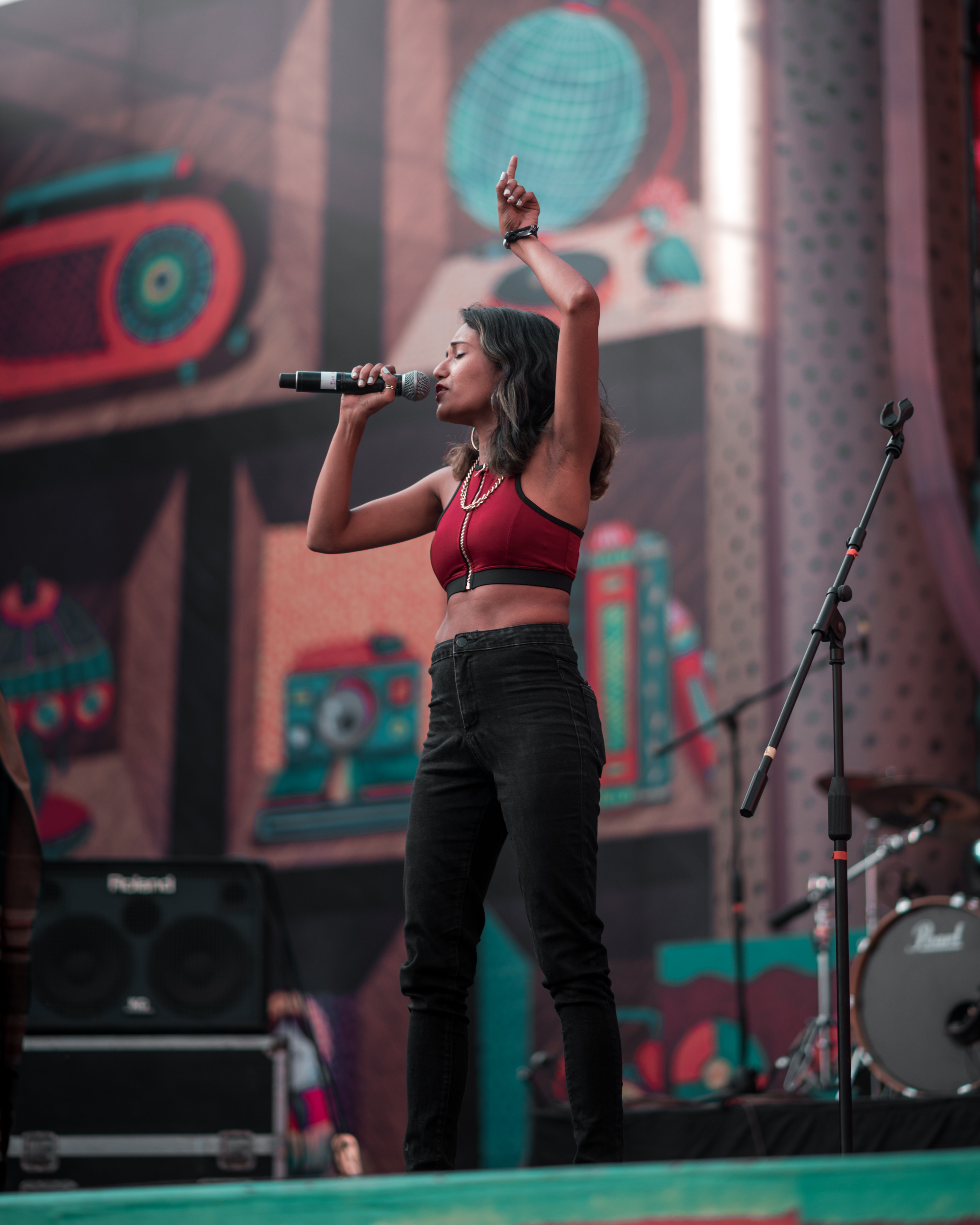 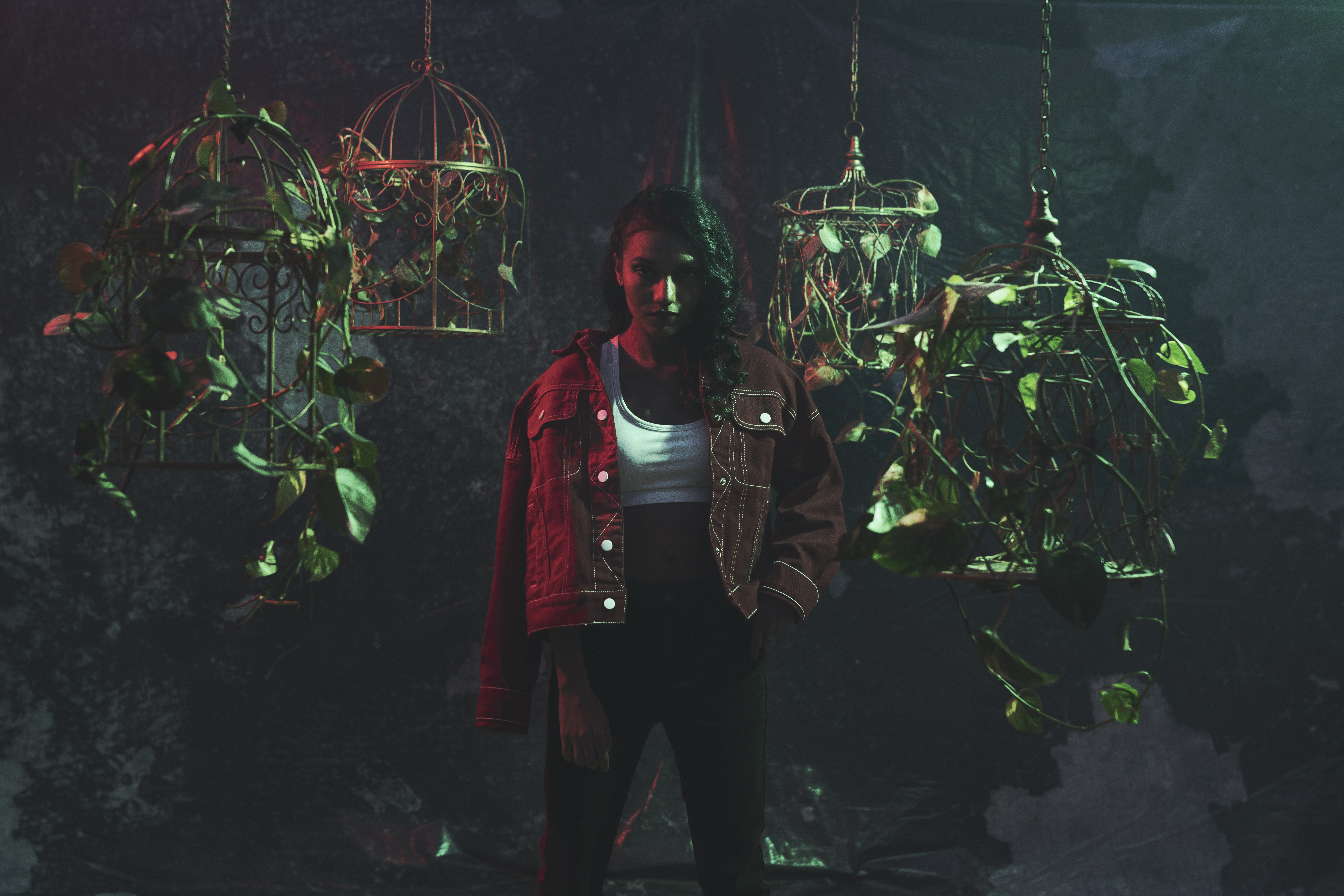 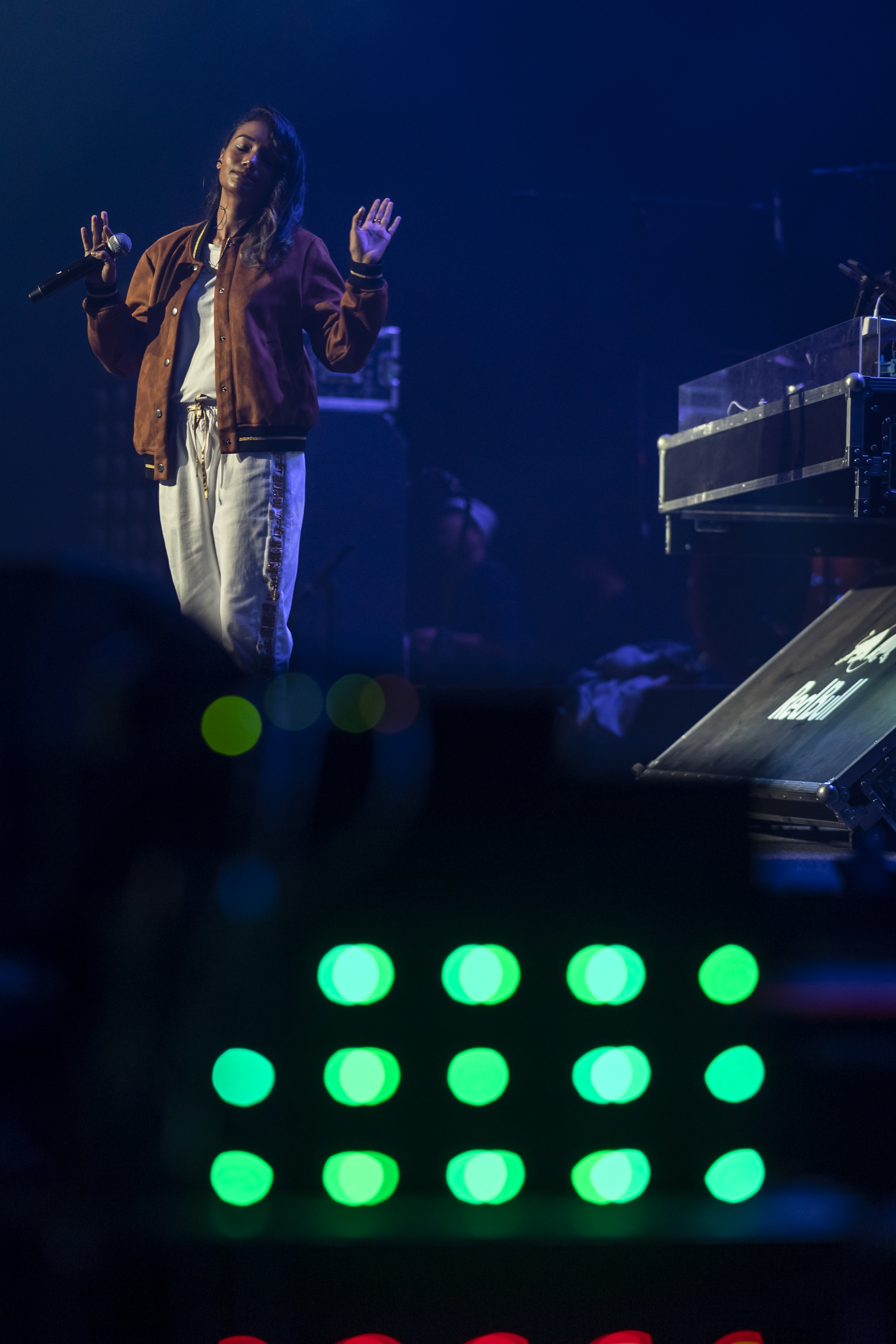 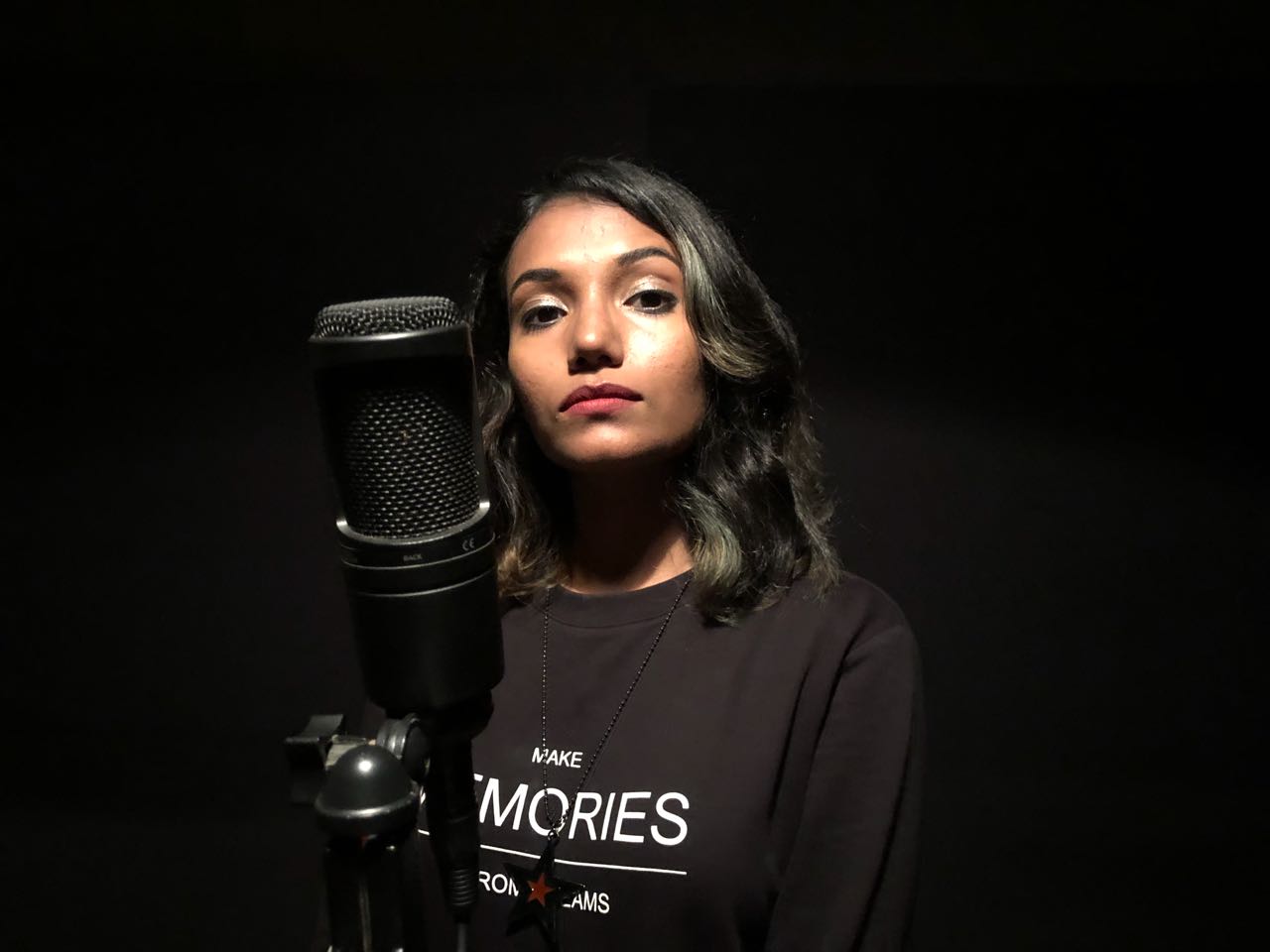 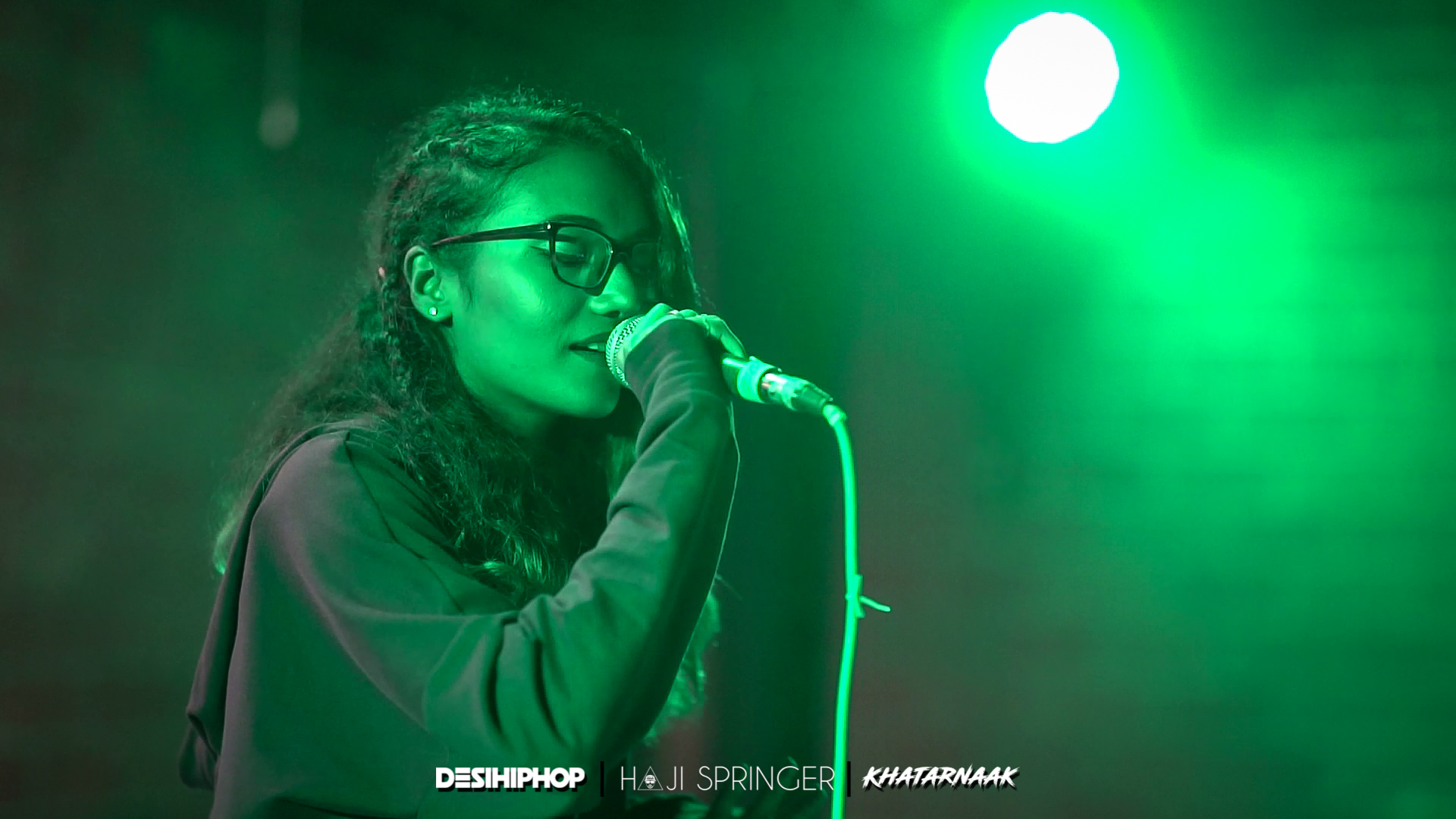 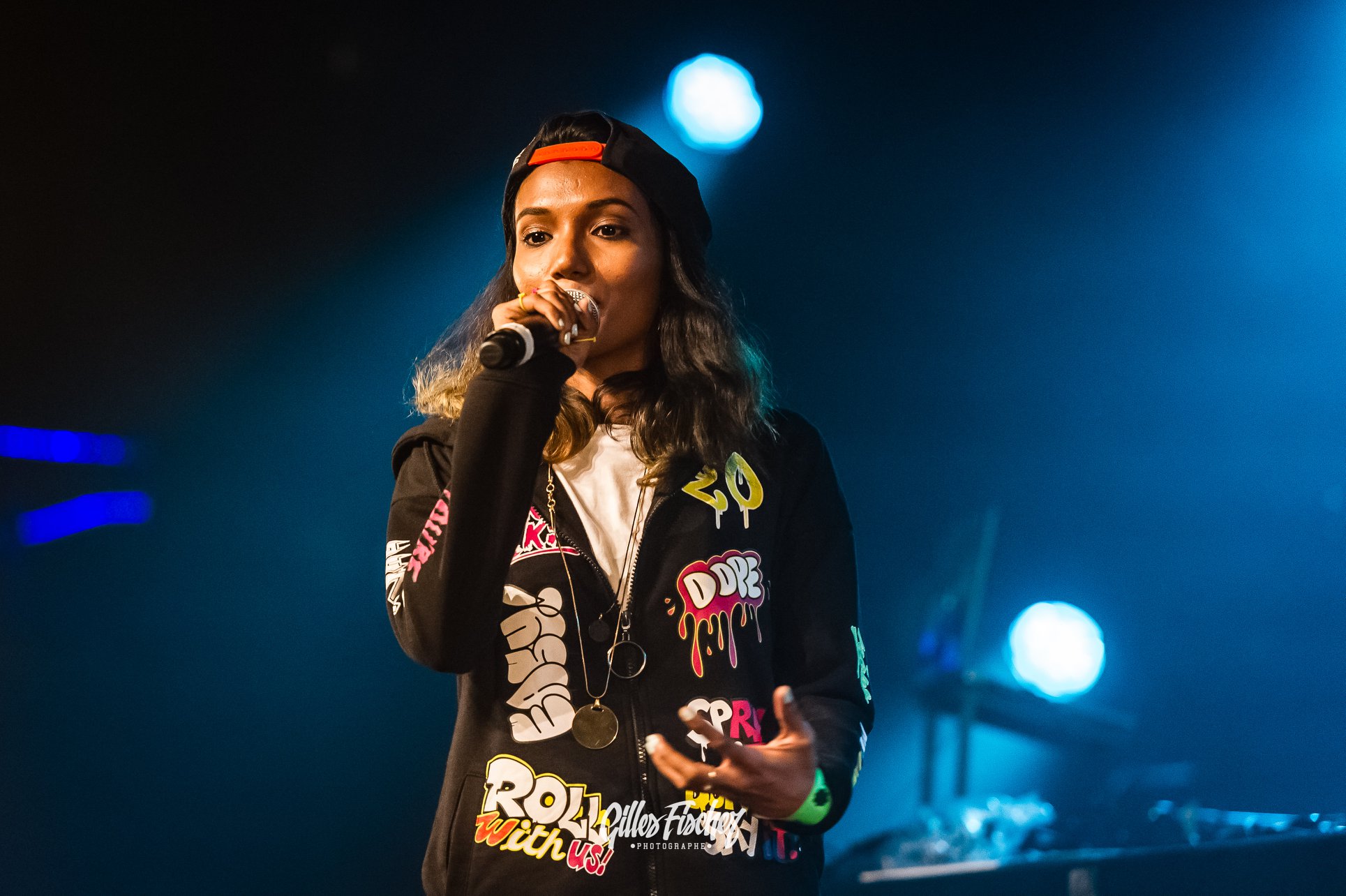 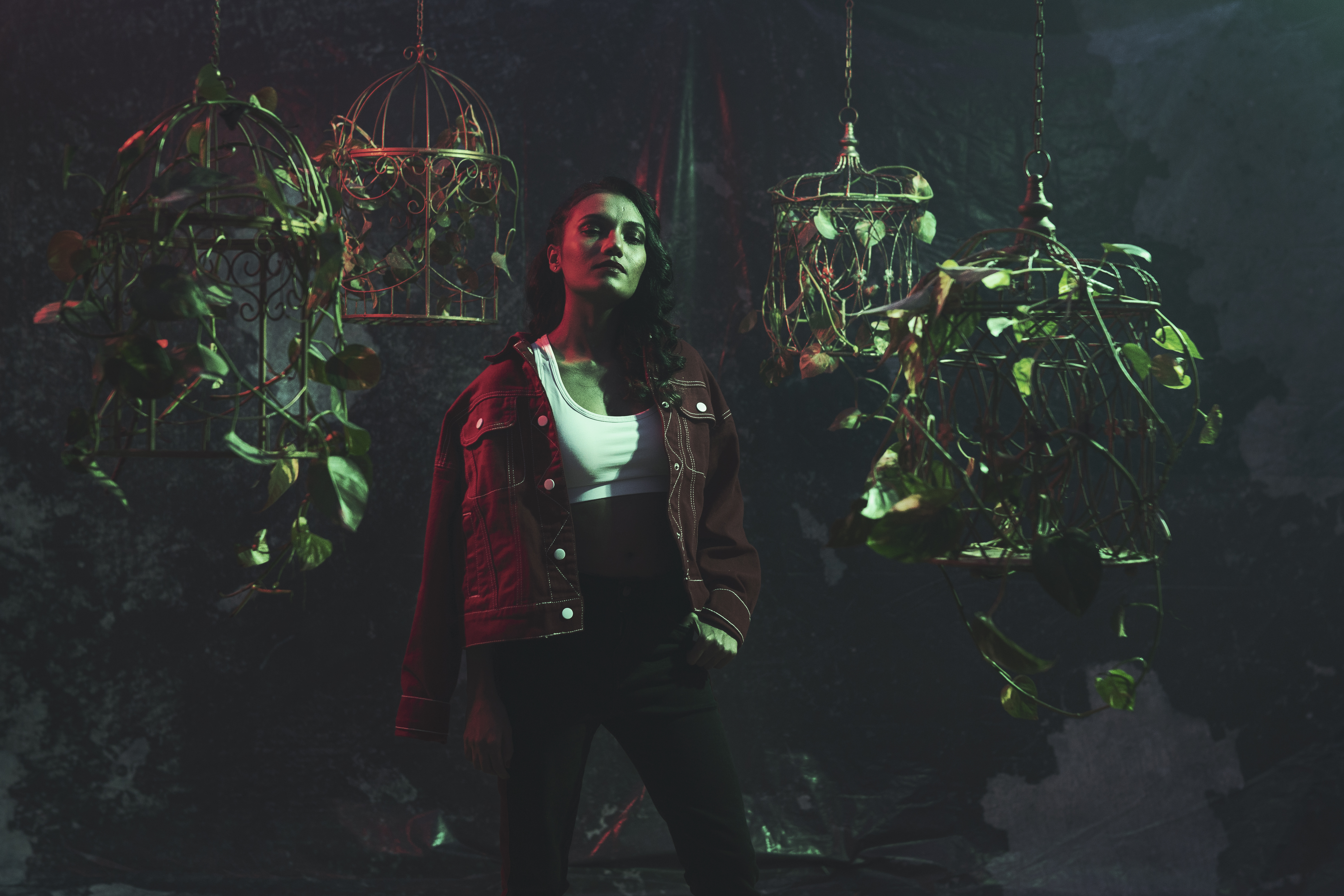 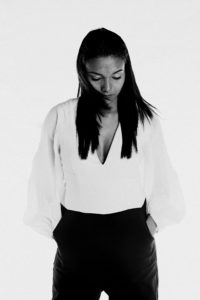 My name is Deepa Unnikrishnan, I go by the stage name of Dee MC, I’m a 25-year-old rapper from Bombay city. My parents migrated to the city from Kerala, I have an elder sister who is married. I’ve been born and brought up in a small town called Kalyan (roughly 60km from the main city). I come from a humble middle-class family that cherishes values and traditions over anything else. I’ve been performing since I am 5-years-old as I was learning Bharatanatyam so being on stage is a feeling I cherish since I was a kid. Having a career in arts was not something I thought of since I was little, but creativity was always within me and in time its influence on my life made me choose an offbeat path.

It’s the best city to live in, in India. As a female, I can strongly say that if I wasn’t from Mumbai, chances of me choosing something as offbeat as a career in rap music would have been really really slim. Even if I would have started it, I might have quit like so many before I did. But this city’s spirit and the history of hip hop culture that has budded from its nooks and corners inspired me like nothing else. In fact, when I came to know that so many rappers have been doing this for five years before me, it motivated me to start writing my raps in Jan 2012. Living in Mumbai has its own struggles, the fast-paced city life may not settle well with everyone, but if you get used to this, you can survive anywhere!

Living in Mumbai has its own struggles, the fast-paced city life may not settle well with everyone, but if you get used to this, you can survive anywhere!

The best thing would be the sense of security I feel no matter what time it is. This freedom is so so rare for females in India, its a privilege to step outside during the night, without the fear of something terrible happening. It doesn’t mean nothing bad ever happens here, its relatively a safer space compared to the rest of the country.

The worst thing would be the over-population and scarcity of resources compared to the number of people. Over-population makes traveling in public transport a threat to life (over a thousand die falling off of local trains alone). Apart from that, the biggest problem would be how dirty the city can get. In Mumbai, you will find the fourth richest family in the world, as well as the largest slums of Asia. It’s a really dense ecosystem that shows different spectrums of life.

I’ve always been a hyperactive kid who loved music, dance, and storytelling. I used to write poetries in school, dance in all the cultural activity things, sing along to Bollywood tunes, etc. Hip Hop was introduced to me through commercial music at first. Rap verses I heard between pop songs by artists like Akon was my early introduction to this art form. I used to love memorizing those verses and recite them without losing my breath or control over the words.

In college, I was intrigued by the numerous hip hop dance crews. I wanted to learn break dancing as it seemed really unique and something not many girls tried. Soon my mind started focusing on the words more than the music and eventually I put out a cover video on YouTube. At this point, an artist who stayed close to me introduced me to the whole Mumbai hip hop scene that had been thriving since the past 5-6 years. It was like a whole new world had introduced itself to me, and since then it became my life. I was introduced to old school hip hop music by different rappers from my city and discovering the vast history of the genre completely changed my perspective. It shaped me into the adult I have become, my thoughts and perspective towards leading a fulfilling life stemmed from accepting this culture as a way of life, and not just a career.

When I started, it was not a career move, it was a passionate one. Scope of sustaining as a hip hop artist was nonexistent when I started so we all did odd jobs post-graduation. My family always thought of it as a hobby, not something that I could live off of. Their opinions changed once I toured the UK in 2017 and Belgium in 2018. Traveling for my music, having a sustainable living because of it, at the same time earning people’s respect for the work I do and also featuring in the movie ‘Gully Boy‘ – these were some of the factors that changed my family’s mind about a career as an artist. Its never been easy and it still isn’t, as our country lacks even the basic infrastructure for artists or sportsmen/women to thrive.

I’m still trying to create awareness about my music, trying to reach out to a wider audience. Currently, I am finishing my debut album of nine tracks fully produced by Sunit Music from the UK. At the same time, I have plans of being more than just a rapper. In the near future, I wish to be an entrepreneur creating empowering content and providing a platform for aspiring creators. I am also the editor in chief of South Asia’s only leading hip hop website, DesiHipHop.com where we cover hip hop artists hailing from India, Bangladesh, Pakistan, and Sri Lanka as well as international South Asian hip hop artists. An all-time goal is to keep traveling the world, introducing a newer audience to my music.

An all-time goal is to keep traveling the world, introducing a newer audience to my music.

Legends like Pharrell have been a backbone of hip hop and RnB music industry, working behind the scenes on some of the most evergreen projects the world has heard. A collaboration with him would be equivalent to the biggest awards!

It’s a mixed breed, some are empowered, some still submissive to patriarchy, mostly all are unaware or uninterested in what’s happening around the country. Ignorance is in abundance regardless of gender. I really don’t want to generalize, as a city-bred female I don’t want to pretend like I know exactly what women go through in rest of India. But educating myself about what transpires in our country, by reading about its history as well as its present, is something I take very seriously. Whatever I observe around me and my life, takes a poetic form of the message given through my music. Compared to half a century ago, women are definitely in a better space today, but the road to change needs to begin from home. Being a realist, I sadly think equality can never be achieved in South Asia because our foundations are so flawed. However, the imbalance can be decreased and atrocities can be reduced if we put all our weight to it.

Compared to half a century ago, women are definitely in a better space today, but the road to change needs to begin from home.

Local, absolutely none. I grew up on Bollywood music much like a lot of other Indian kids. Independent film and music industry has never thrived as its under the huge shadow cast by Bollywood. Music comes free with movies, so why pay for it? Infrastructure to be an artist has never existed in India. Encouragement from home also always came only to learn ethnic forms of art. That too not really to take up as a profession. Even in Bollywood, if you compare the genders, pay gap is quite wide. Over the years full length songs sung by females vs males also shows that women are mostly used as fillers, unless its an erotic song. Like literally if a film has 10 songs, an all female song would hardly be 1. There are a lot of factors that add up to this, but like I have said again, it all starts at home.

Haha trying real hard not to burst into a feminist rant here! To be honest for a female to even enter the industry, she has to face several challenges like seeking permission from home and validation from society. Very few women are so empowered that they choose to ignore permissions or validations and boldly seek what they want in life. The middle-class Indian looks at the entertainment industry as a vast maze full of drugs and sex, and it would mostly always try to convince kids not to choose an offbeat career. In my experience, women are questioned more than men and are asked to be at home more than men, as its an unsafe environment. After the initial struggle at home, if a woman does go ahead in the industry, she has to be more careful about who she’s trusting as anything she does becomes a question of ‘character’ for some reason. Another most common hurdle is expectations of settling down, which begins much earlier for women compared to men. Exceptions prevail everywhere, and I certainly am not trying to generalize.

Start with the intention of learning and self-improvement, and hip hop will change your life forever.

To begin with, value your thoughts as they shape who you are. If you believe some traditions are holding you back, be fearless in questioning the same. Talking about hip hop music specifically, don’t start it for fame or attention because that makes it easier for people around you to influence you and make you feel a certain way about your art. Start with the intention of learning and self-improvement, and hip hop will change your life forever. I understand its easier said, as women in different parts of this country have different levels of freedom to even begin questioning patriarchy. But if you are privileged, use it to benefit others, and be fearless in seeking change.