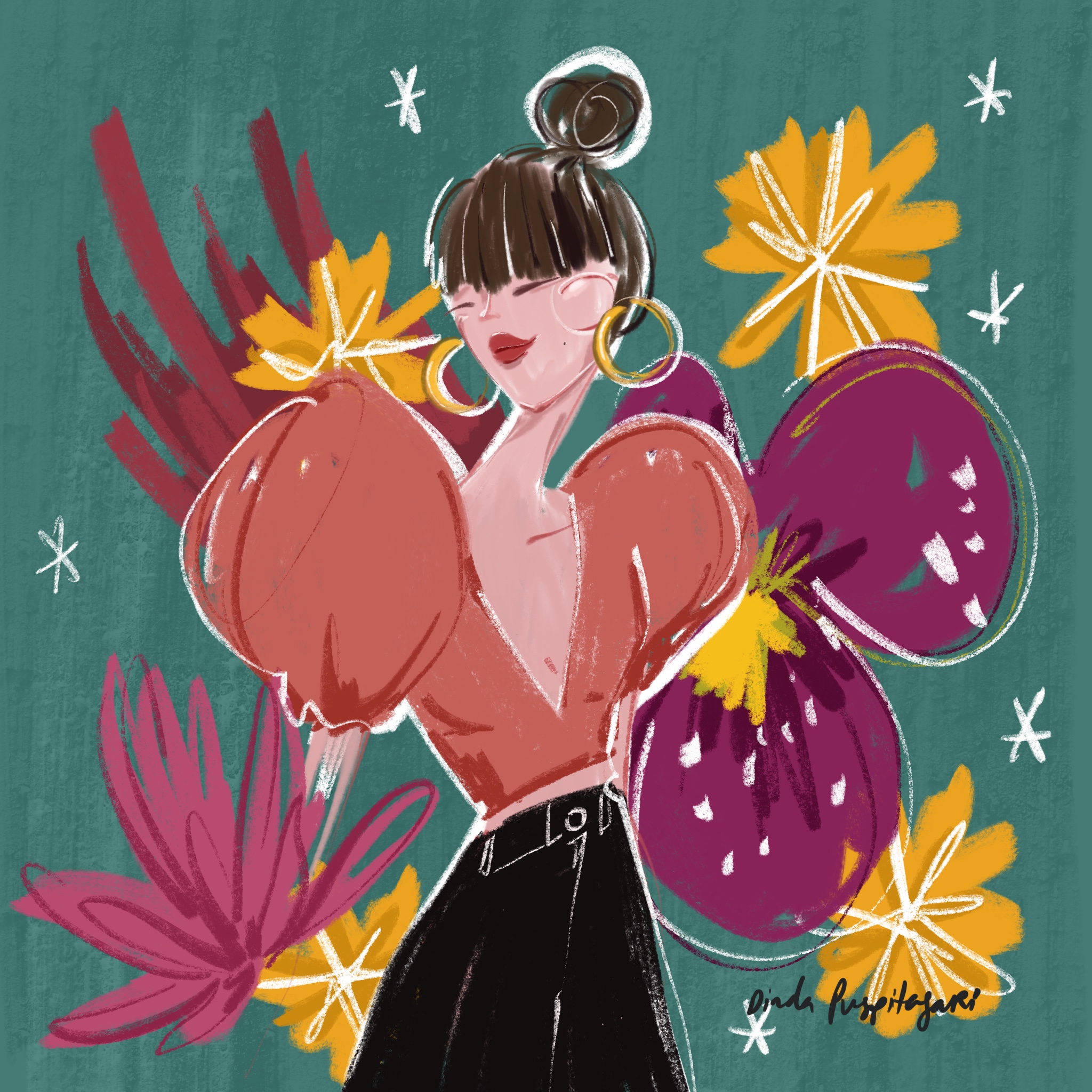 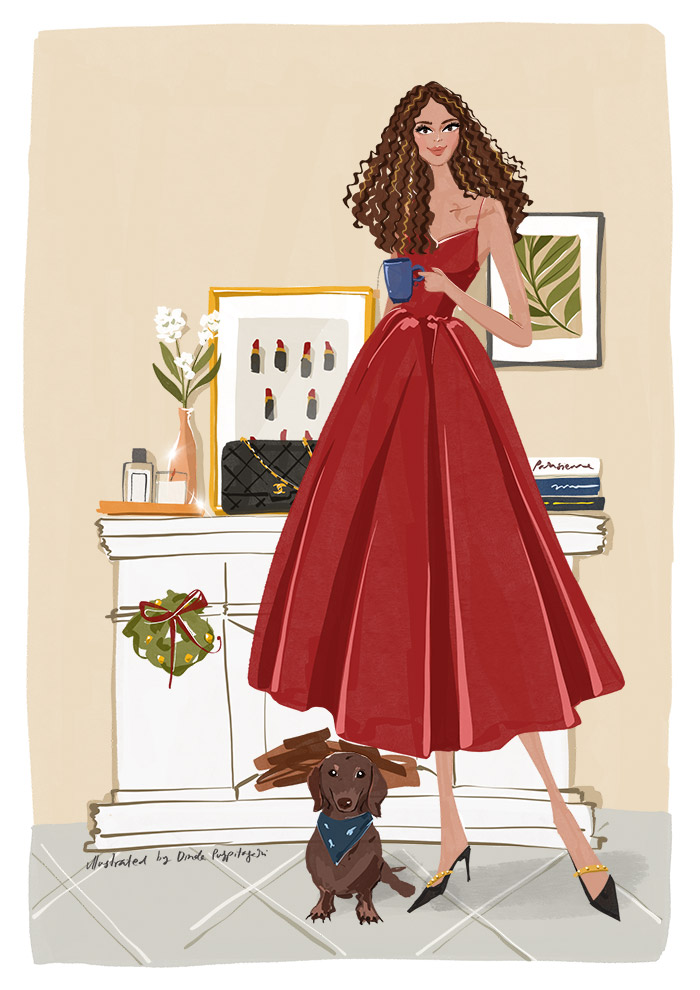 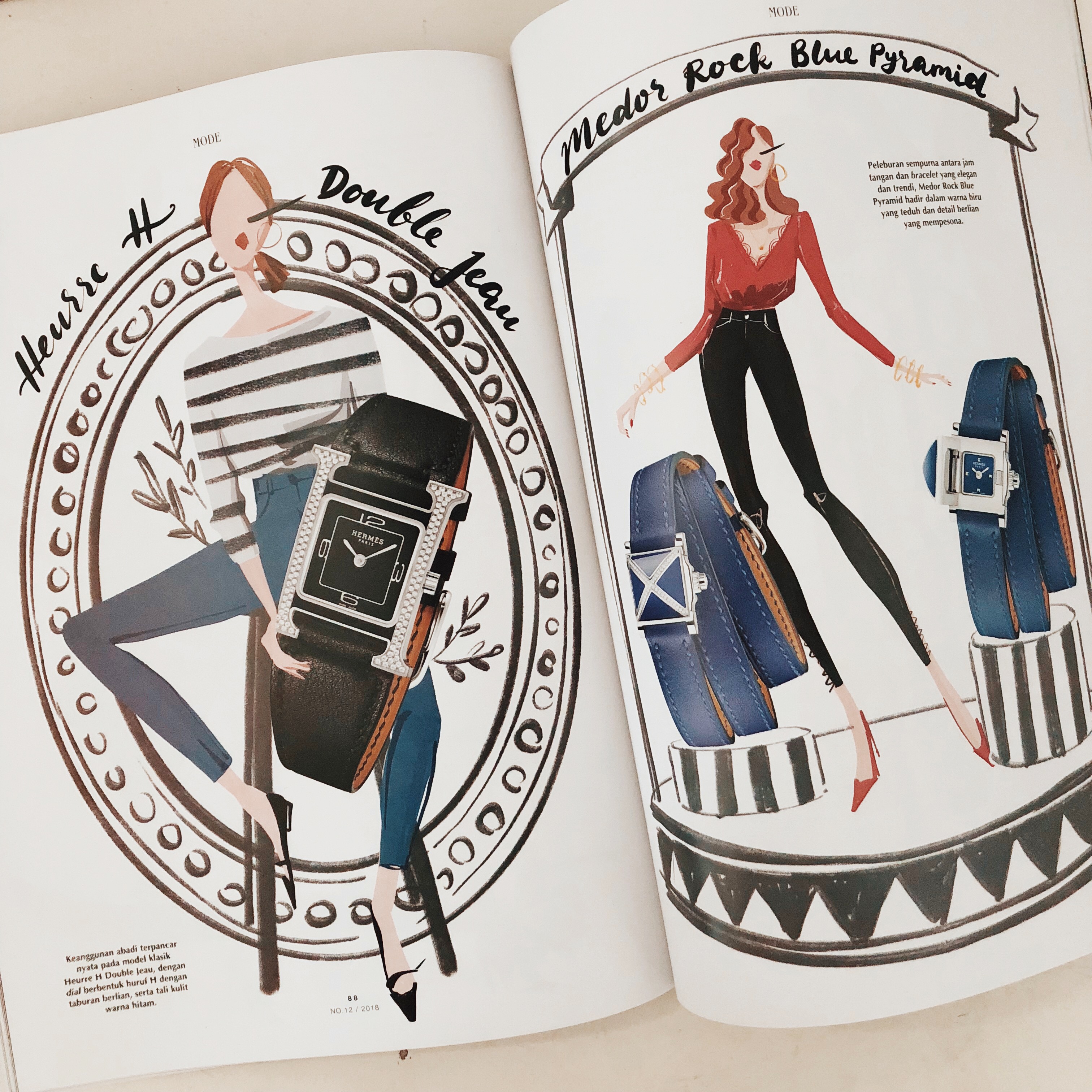 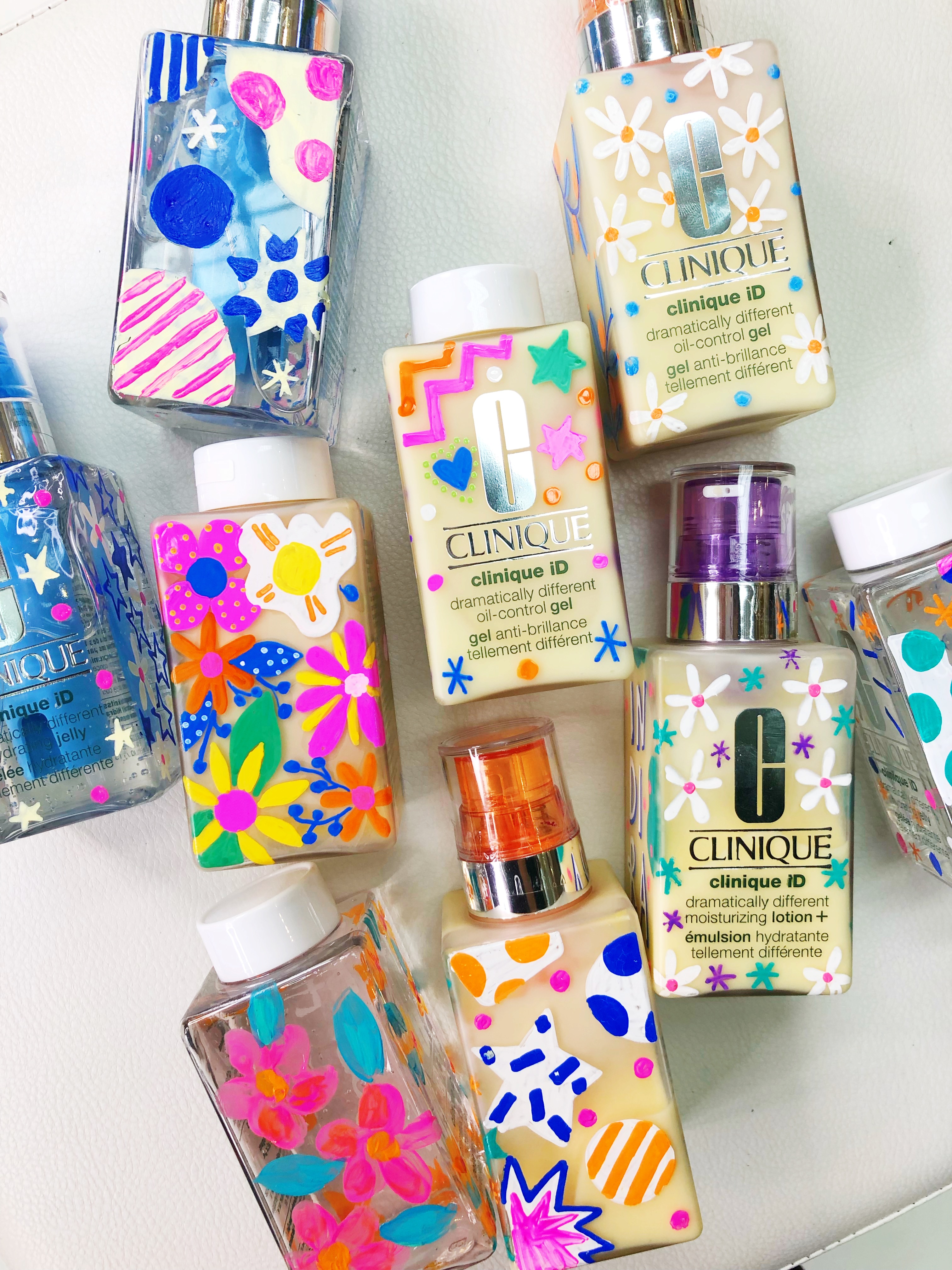 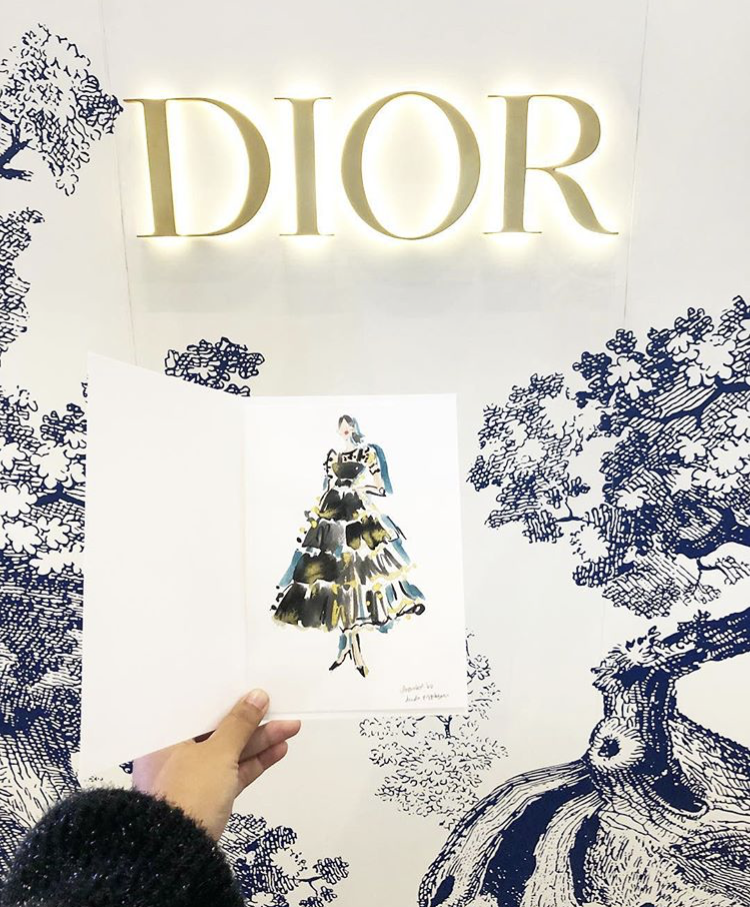 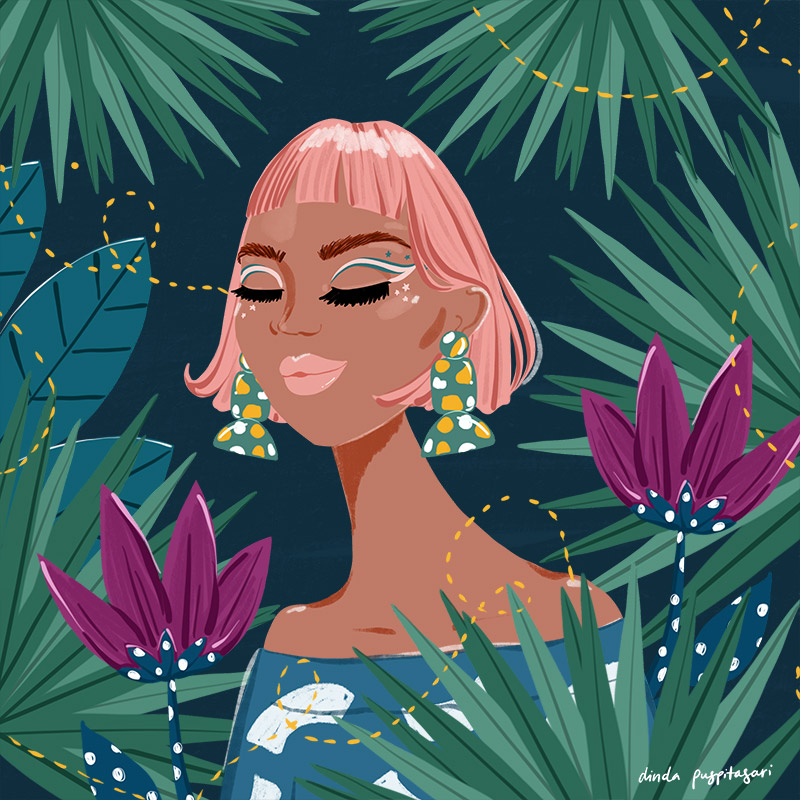 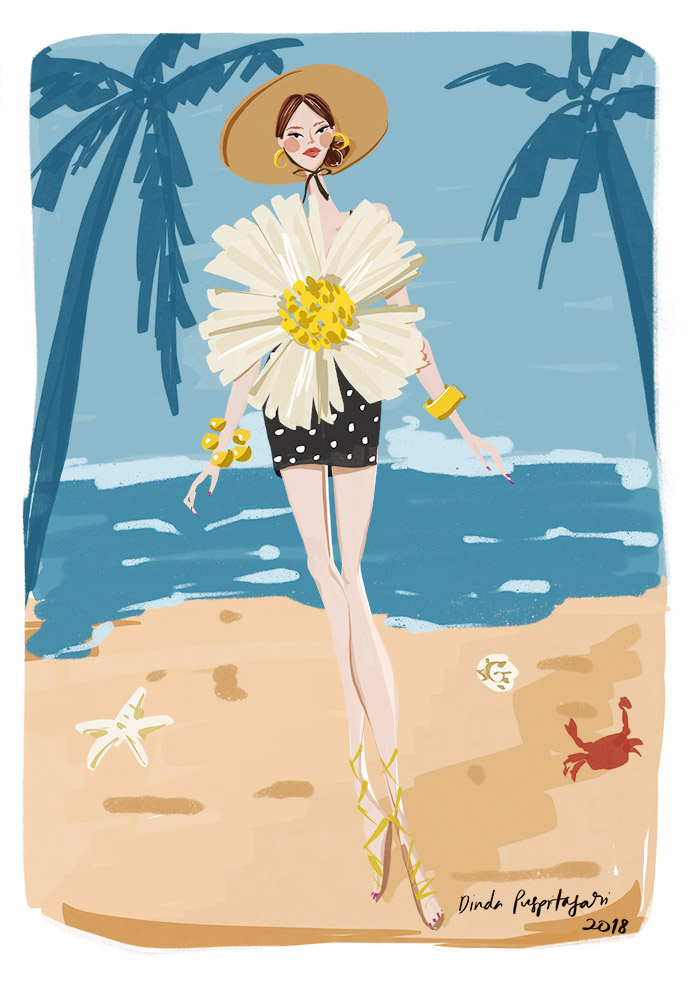 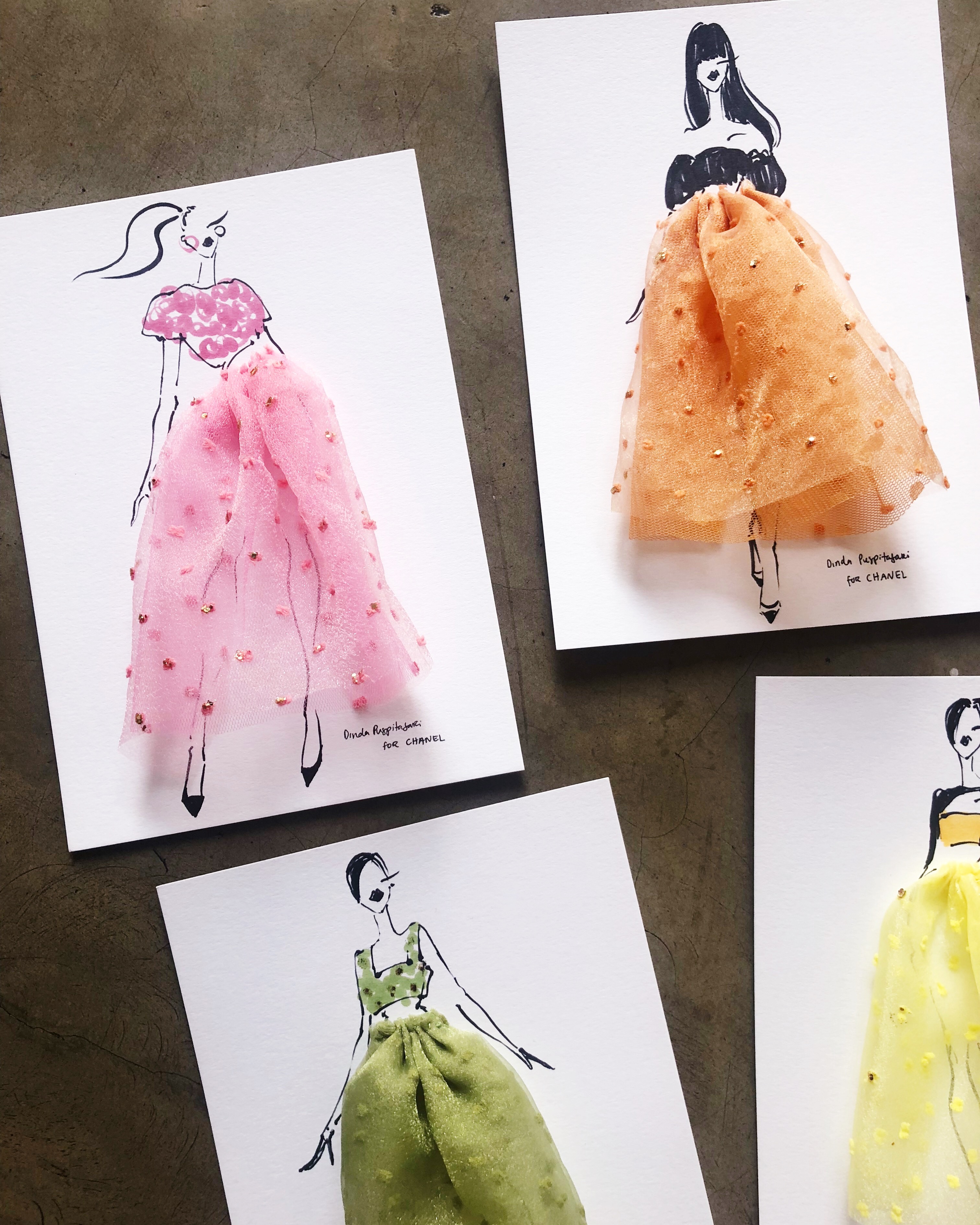 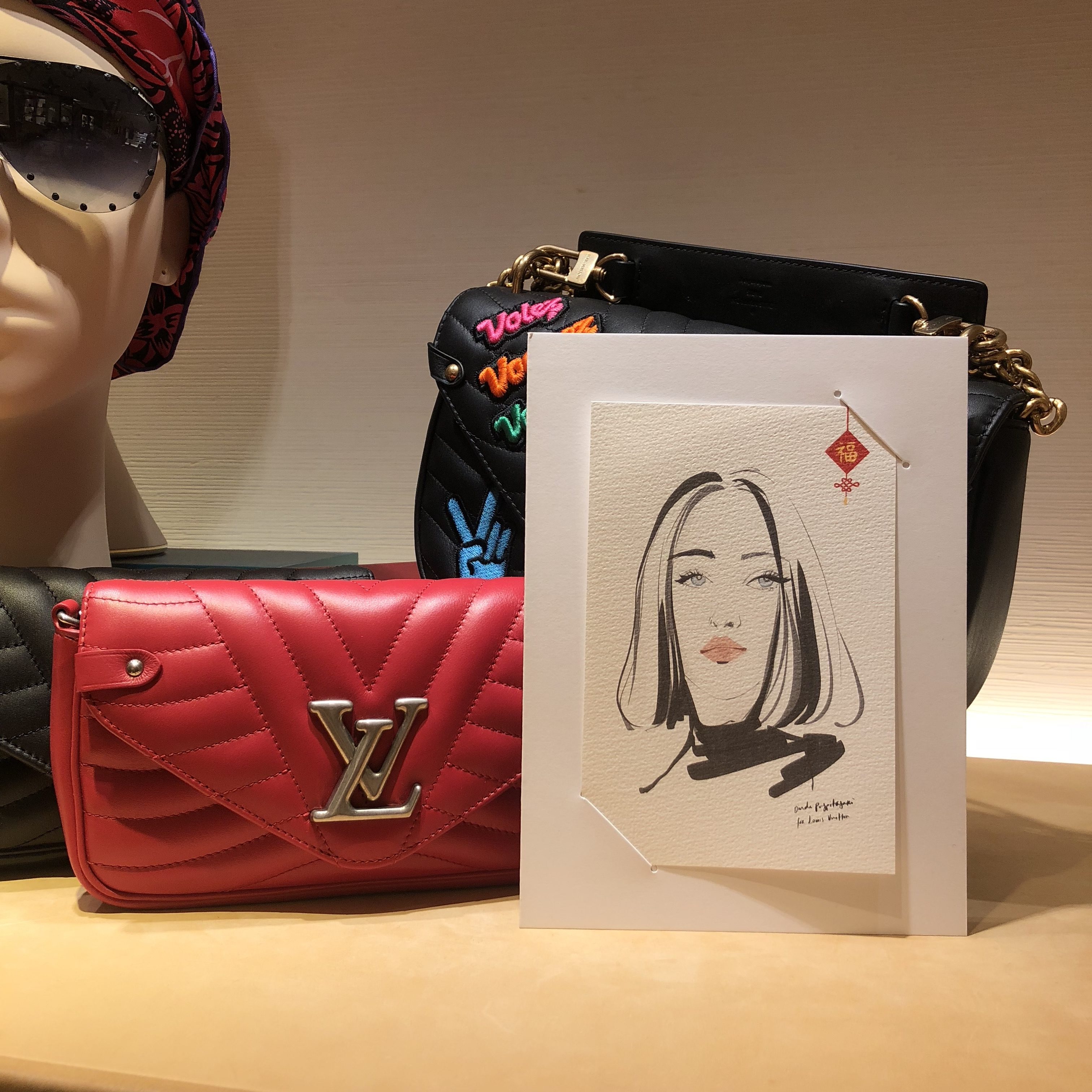 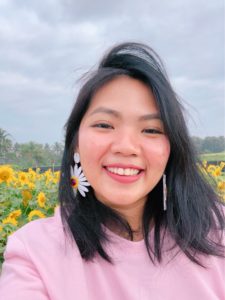 My name is Dinda, which means the little sister. I’m a true Jakartan because I was born and raised here. I’ve been drawing as long as I can remember. My mom is very creative, she sewed my dresses and taught me how to make things. At first, I thought sewing was the most exciting play time. Then I began drawing Lady Diana’s dresses soon after I saw a full page of her iconic style in my Mom’s tabloids. That’s when my love for fashion and art started to grow. I went to Universitas Indonesia and took the advertising diploma, this is when I started to learn digital drawing. It wasn’t a subject, but I was introduced to blogs and Deviant Art profiles, which led me to make my own page. I started posting my illustrations to my blog in 2008. I worked for 3 years as an account executive in advertising and another year in a startup, developing communication strategies for social media apps before I finally resigned and pursue a career in illustration. I published a few illustrated books, one of them is called #88LOVELIFE, a collaboration with my best friend, Diana Rikasari. It’s a series of books about love and life. We expected nothing, we just wanted to make a book that we love. Turned out people love our books. It’s been sold for more than 100,000 copies and awarded as mega best seller book in Indonesia and best non-fiction book in Malaysia (2016). Recently we had them published in South Korea too!

As the capital city of Indonesia, Jakarta looks like a mess from the outer layer — which is true. Daily commute is a challenge, but we’re getting better. Despite all the mess, as a true Jakartan, I really love this city. Everything is affordable and made easy. It’s a beautiful chaos.

Despite all the mess, as a true Jakartan, I really love this city.

The worst: Transportation. Don’t even ask.

Best: Food and Gojek available 24 hours! The best midnight food is nasi goreng (fried rice) and martabak. Both can be delivered over Gojek any time! Best combo in my life hahaha

I was initially trying to build my fashion brand when everything collapsed because I had no solid plan. I resigned from my advertising job, tried to be an entrepreneur when all of sudden I received an email asking me to illustrate a book for a famous young figure in Indonesia. It made me realize that I can build a career in illustration.

Yes, my mom has always been very supportive of my creativity. Because she passed me this creativity anyway, hahaha. My husband, who was boyfriend back then, knew that I wouldn’t grow my creative side if I stayed longer working as an account executive in the advertising industry. So he also convinced me to take the big leap and gave myself a try in being a full-time freelance illustrator.

Not much, I really want to have my own studio that is very bright, filled with light. I’ll paint so many colors at the front windows, hang my paintings on the wall and have fresh flowers every day. To have a dedicated space for my works is my current goal.

I really want to have my own studio that is very bright, filled with light.

Would love to collab with a Japanese fashion designer, Tsumori Chisato, and the girls behind Sretsis. I love them so much, their aesthetics are so quirky.

Very independent. That kind of woman who does things without waiting for others to do it for them.

I don’t have any. Because my dream was to become a fashion designer. I drew a lot since I was a kid, but the thought of being an illustrator had never even crossed my mind. It’s something that I became just naturally.

The thought of being an illustrator had never even crossed my mind. It’s something that I became just naturally.

I don’t see any challenges in being a female illustrator because there’s a market for everyone. Also, it’s more than just being female or male, our work speaks louder.

Don’t seek for likes, followers and numbers. Focus on your work, your skill, and your goal.

Don’t seek for likes, followers and numbers. Focus on your work, your skill, and your goal.