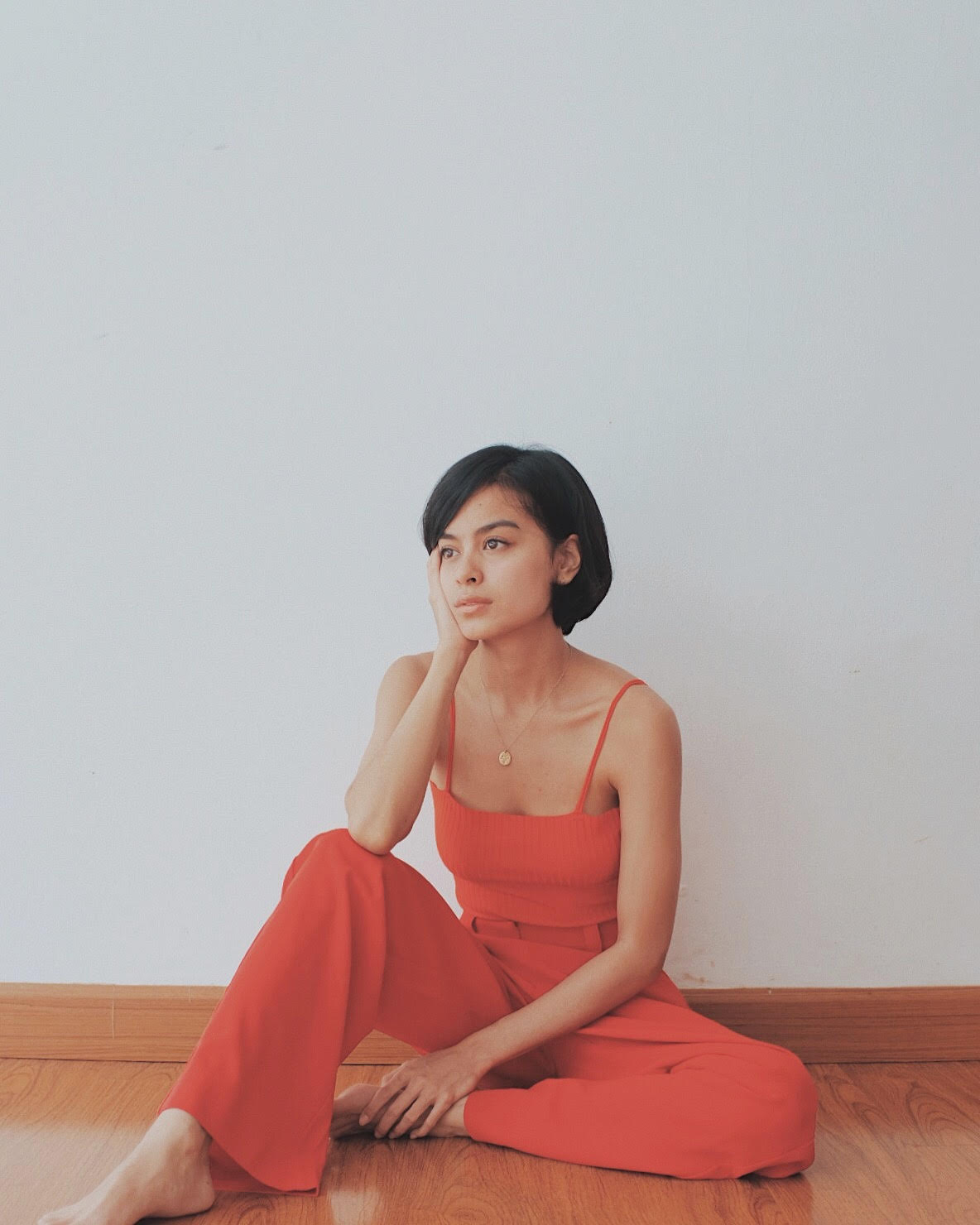 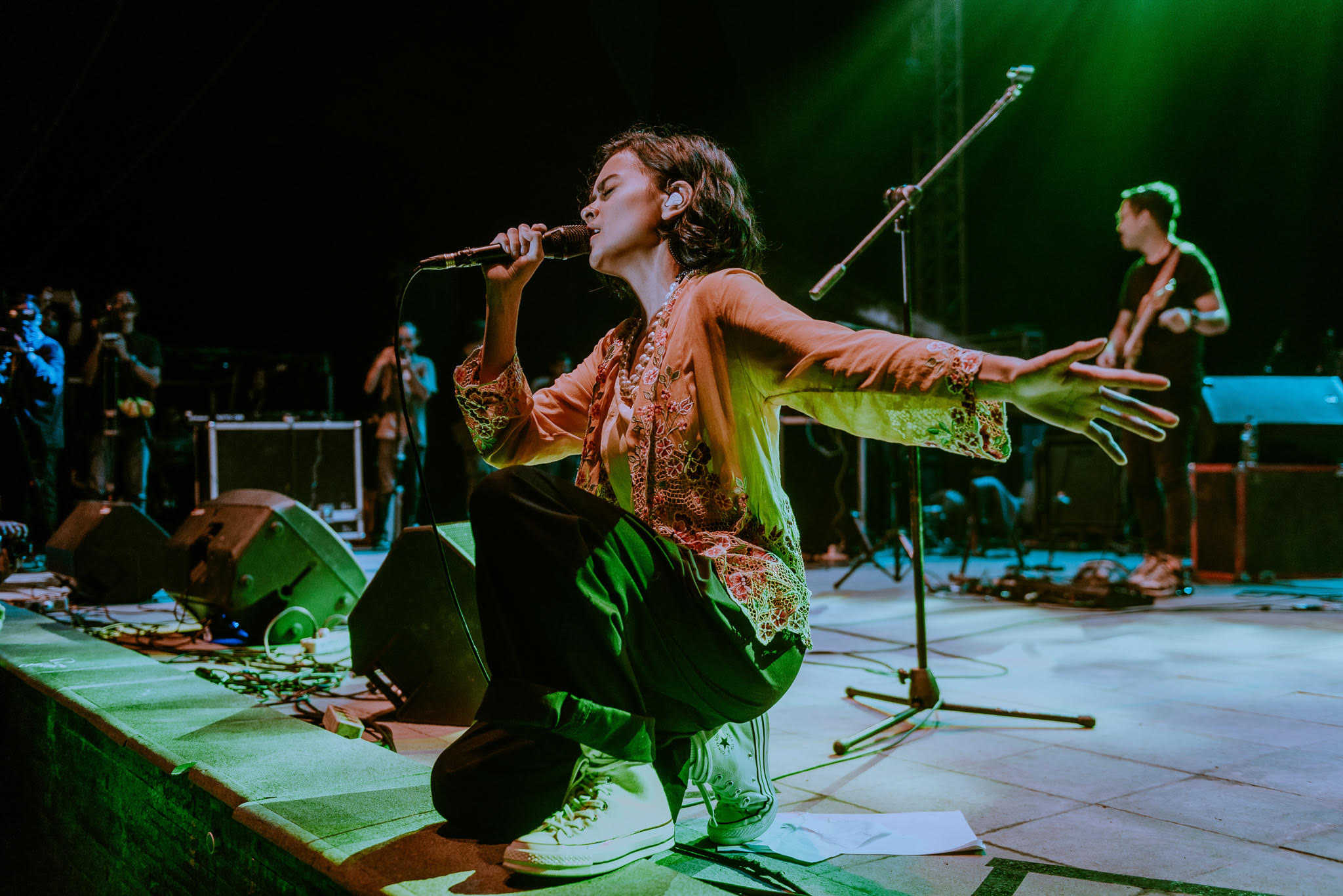 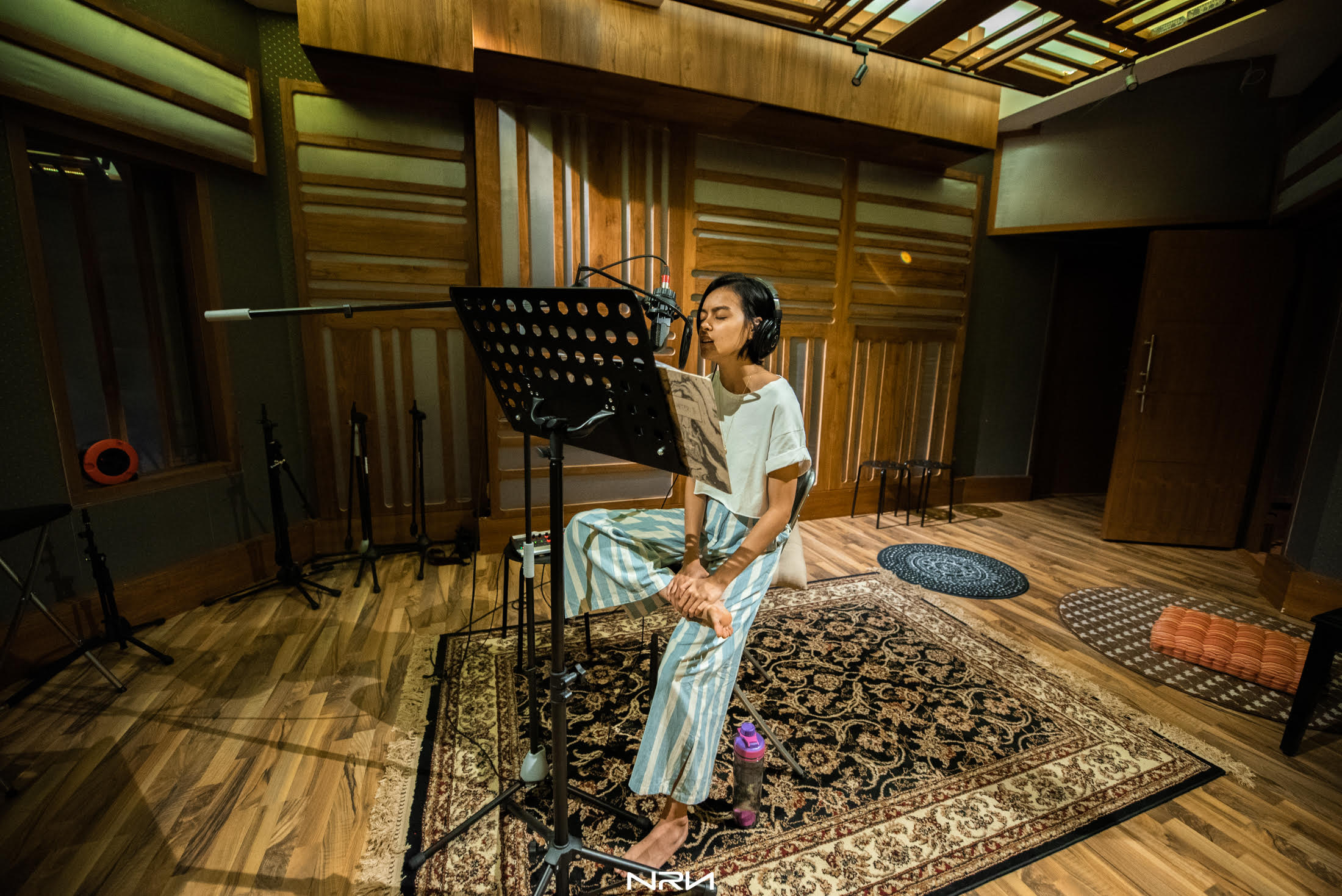 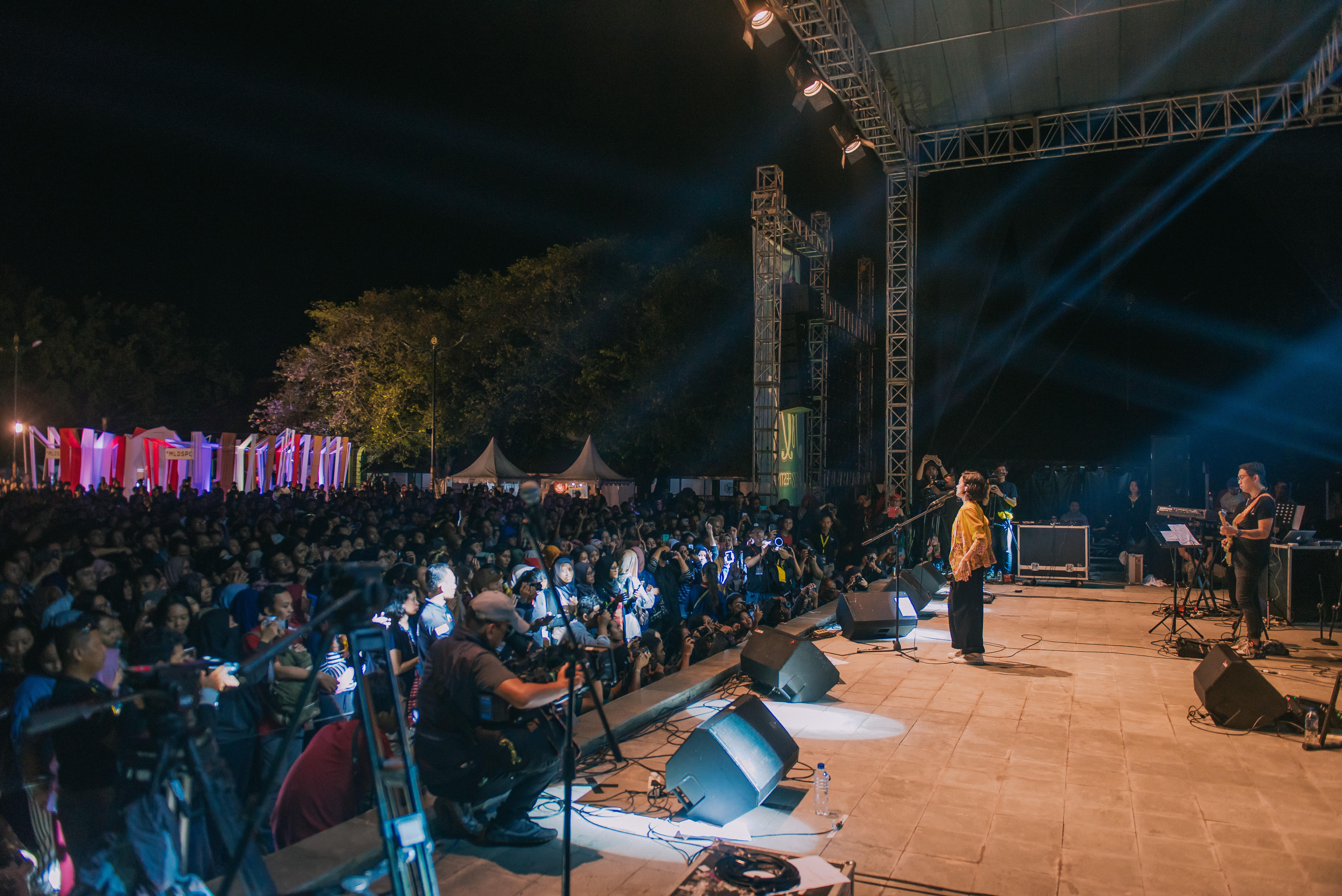 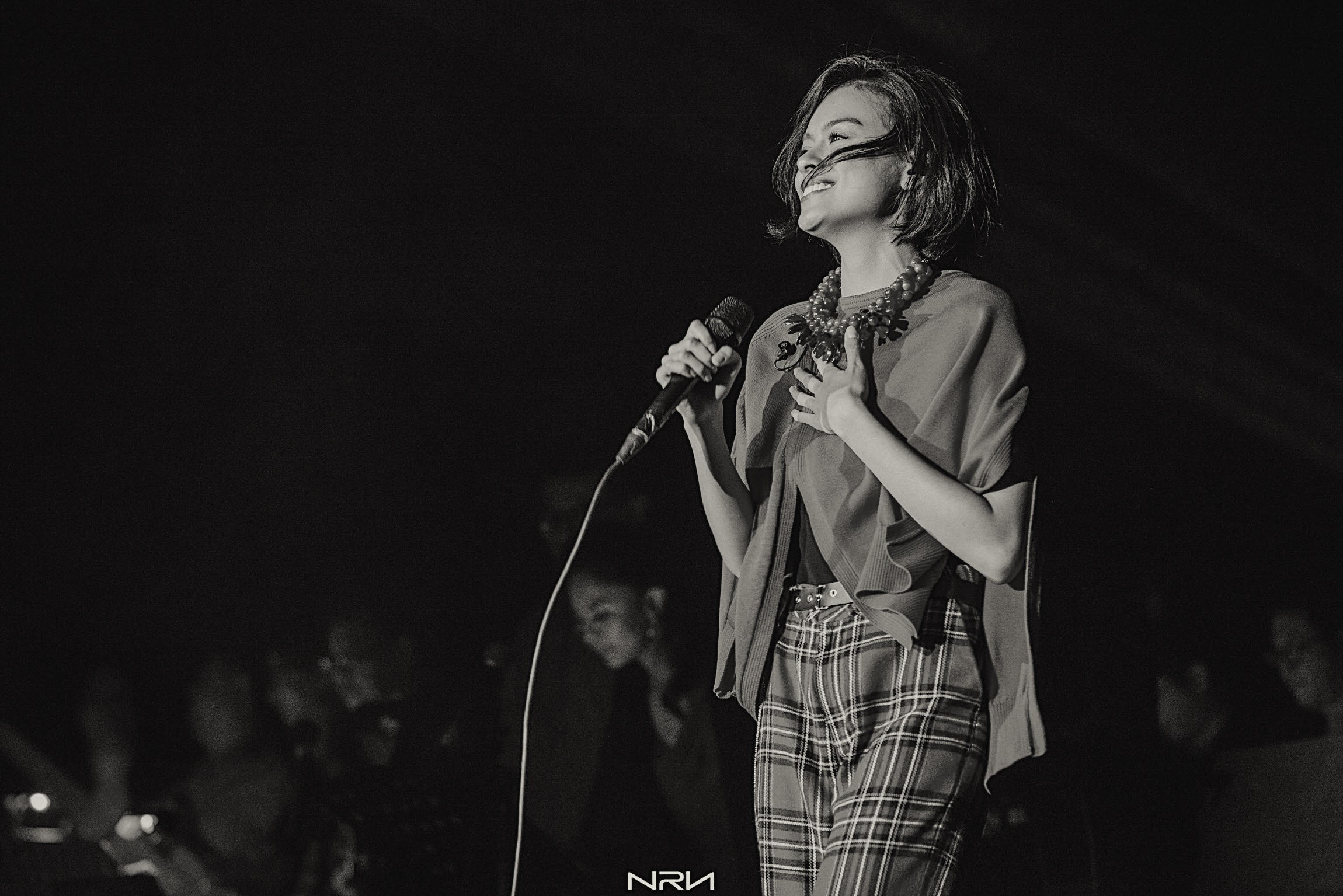 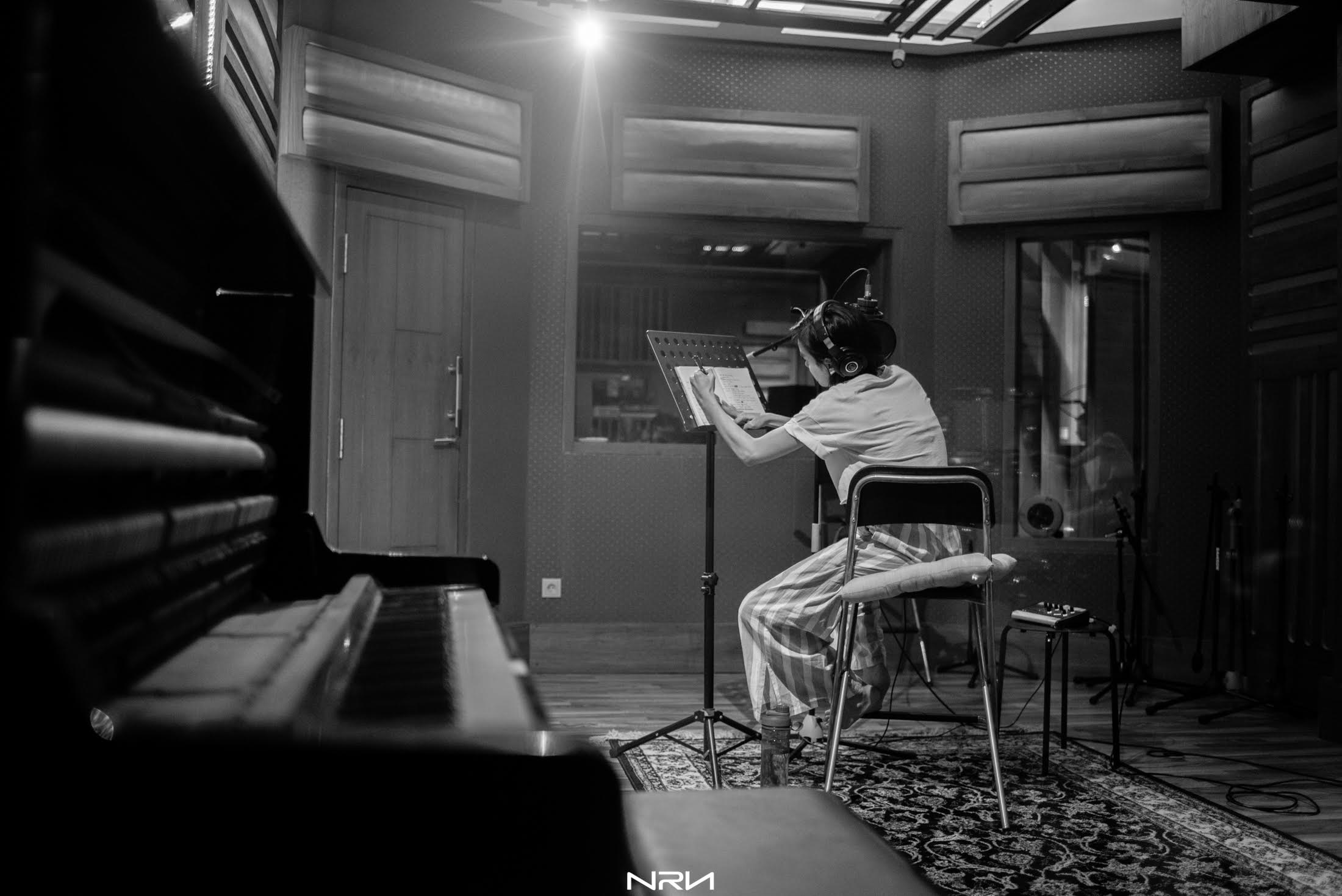 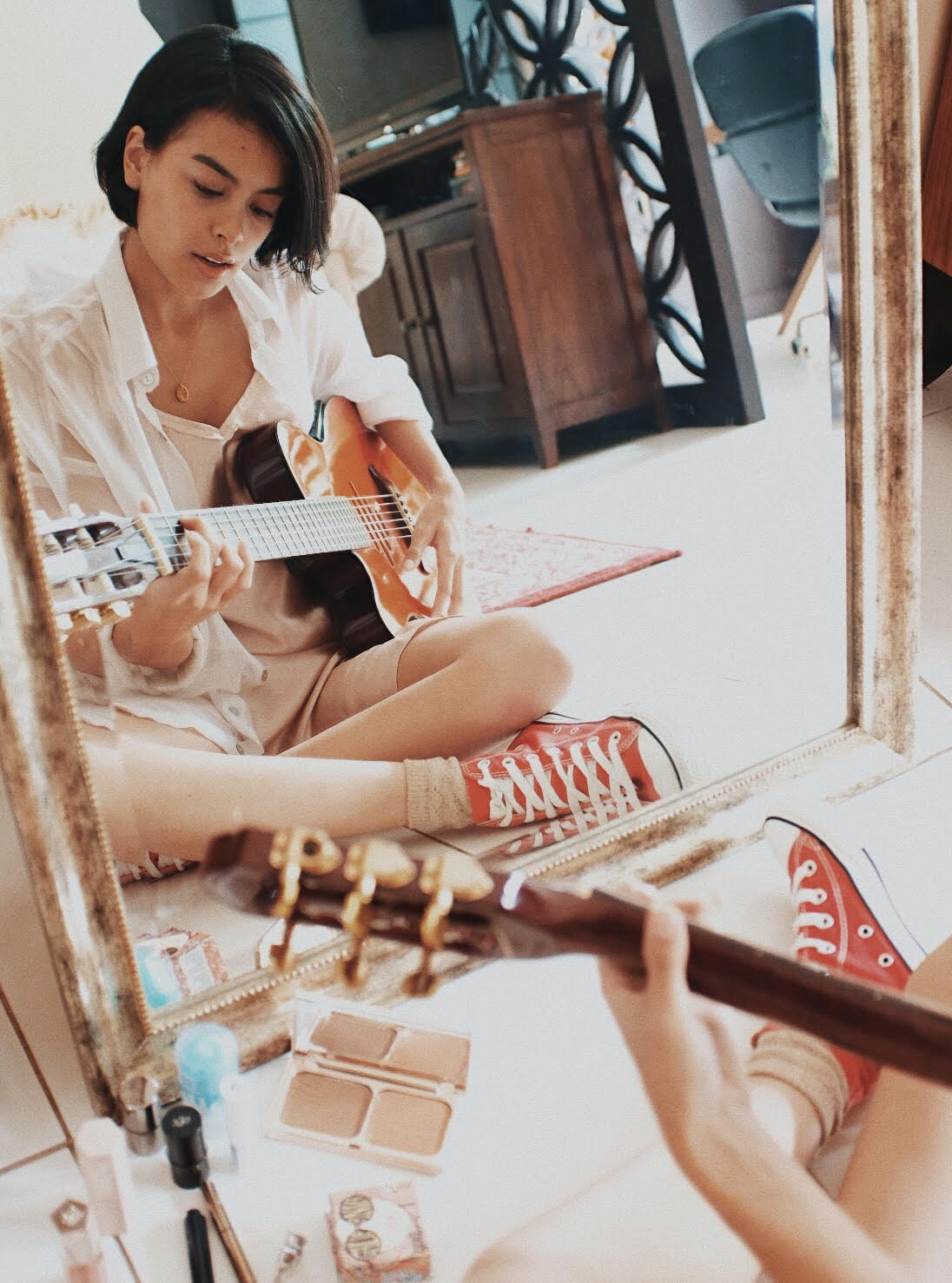 I am a singer/songwriter based in Jakarta. I was born into a family of musicians and poets. My father is one of the pioneers of jazz in Indonesia, and my mother is a singer/actor. Growing up I was exposed to different kinds of art, and started acting when I was 13, although I knew from a very young age that music was a path that I would very much like to pursue. I didn’t really know what a “normal” life really is until I moved to Los Angeles along with my mother, step father and sister, at the age of 16. I guess being the daughter of two very highly regarded figures gave me a lot of privileges I never knew I had. It was in a place where no one knew who we were, I truly began understanding who I really am and what my heart actually beats for. It wasn’t always easy, but I remember always taking comfort in songwriting, thinking I could “make it” there. Four years later, our family hit rockbottom. My parents were separating and financially instability forced us to move back to Indonesia. I made it back in time to perform at Java Jazz Festival, which is one of the biggest music festivals in the world. I was given the amazing opportunity to perform my solo project, and knew right there and then that this was what I wanted to do. I haven’t been back in LA ever since, although performing there remains one of my wildest dreams.

Jakarta is crazy, to say the least. Living here can be both exhilarating and also draining. As a creative, I usually get inspiration from a quiet surrounding which is almost impossible here. Nevertheless, I do love my hometown and will always have a soft spot for it, although I don’t see myself growing old here.

Jakarta is crazy, to say the least. Living here can be both exhilarating and also draining.

The best thing would be the food! I will never get tired of Indonesian cuisine and I take so much pride in it. And whenever it gets dull, you can hop on an airplane and 2 hours later you will find yourself on some of the most beautiful islands. The worst would be the traffic and pollution.

Since I was very young, I pretty begged my father to produce my album. But he always told me to find my voice first. To experience life on my own whilst encouraging me to write my own songs. It took a while for me to overcome my doubts and insecurities. Growing up I was always faced with certain expectations.  A lot of people are saying, even until now, that I’m not “as musically gifted” as my father and “as physically attractive as” my mother. The fear of letting my parents’ down paralyzed me. It wasn’t until I was 24 that I finally mustered the courage to release my own album. The process was tough and it only led me to the darkest moment of my life. I took a two-year hiatus to realign myself with my hopes and my dreams. I am now just starting to get back on my feet. I finally released my first single after that 3-year break and getting ready to release my second one this week. I learned that no matter how much you think of yourself as a failure, God will never take your calling away. I learned to fall in love with the process first. I learned that everyone has different timings and where you are in your journey does not define who you are.

I learned to fall in love with the process first. I learned that everyone has different timings and where you are in your journey does not define who you are.

Very much so. I am very lucky. My parents (I have four of them, haha), were the ones who pushed me to go to music school and to pursue my passion for music. I would never be where I am today if it wasn’t for them.

I think my goal in music is pretty simple. I wanted to use music as a means of spreading positivity and encouragement. To make people feel like they’re not alone. I think that’s why I always write my songs in English, so the message will reach out to more people beyond my country.

I think my goal in music is pretty simple. I wanted to use music as a means of spreading positivity and encouragement. To make people feel like they’re not alone.

Independent, strong, nurturing, resilient and powerful. My mom raised me by herself for a decade and that really showed me what women are really capable of. I feel like there are so many things that could have broken us but we rose above that. Being a woman makes me so proud.

That would be my aunt, who is an independent film producer as well as a writer. I would say that she is the one who bring back Indonesian cinema audiences in the 2000s. She is such an incredible figure in my life and has inspired me in so many way.

Definitely. I think it would be the same case as any other industry. Sometimes I feel like I need to work extra hard to be taken seriously. Sometimes I also feel like my musicianship comes second, and my looks first. I also find the community for female musicians is very limited. But I think it’s getting better with time. More and more amazingly talented female musicians are surfacing and are making a huge positive impact on how we are viewed by society.

More and more amazingly talented female musicians are surfacing and are making a huge positive impact on how we are viewed by society.

Don’t try too hard following current music trends. Be true to who you are as an artist because the people who are meant to hear your message will appreciate your truth. Don’t be afraid to try something new and stay hungry for knowledge. Always find new ways to expand your musicality. Personally, I do that by going to live shows and hanging out with more experienced musicians. And lastly, have fun! Take it seriously, but also don’t take it seriously that it costs you your sanity. Sounds like a paradox, but trust me on this one. 🙂