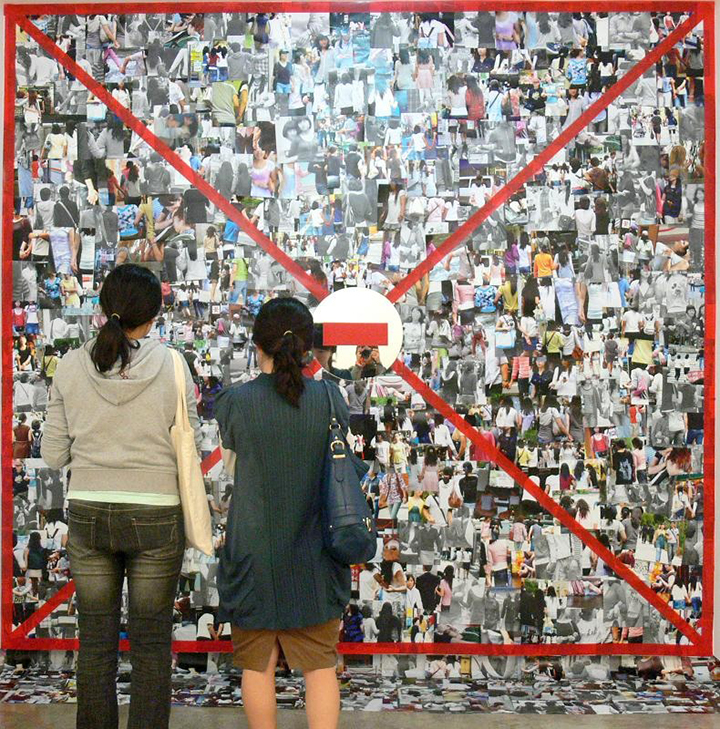 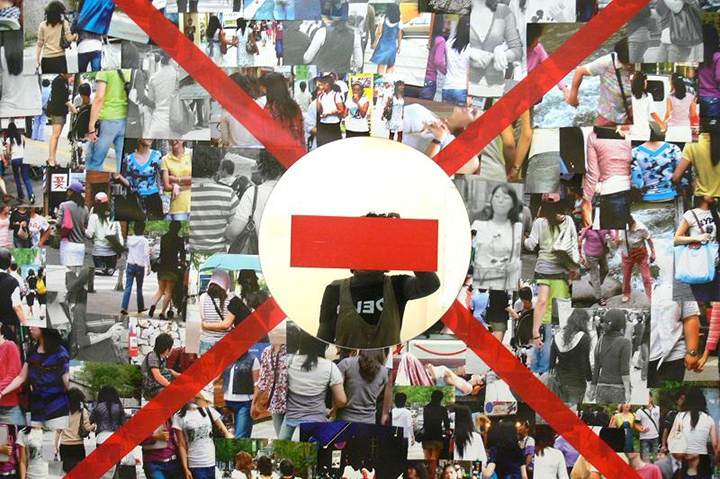 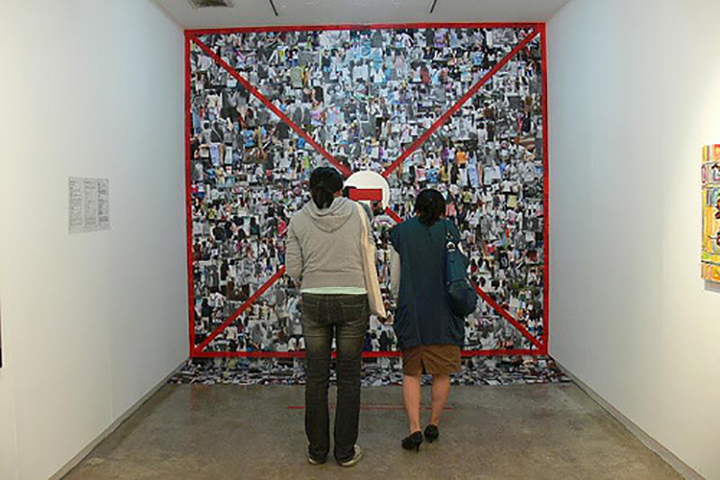 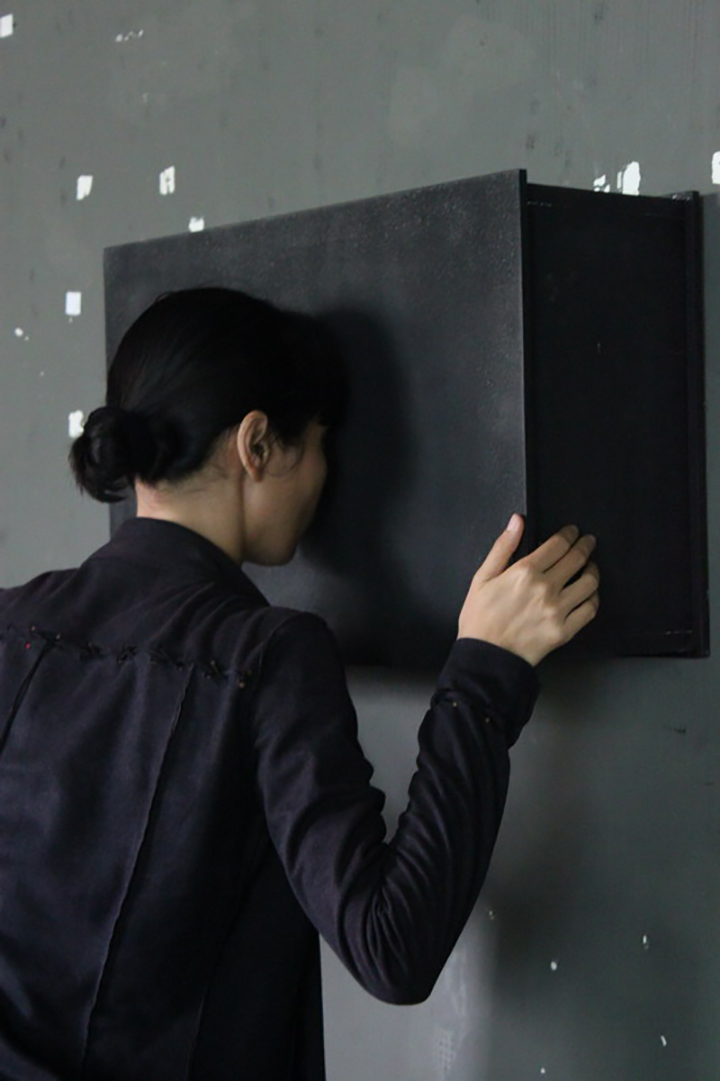 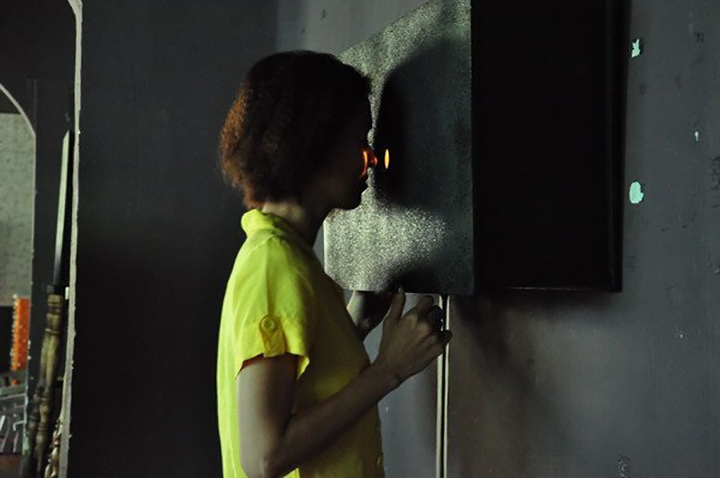 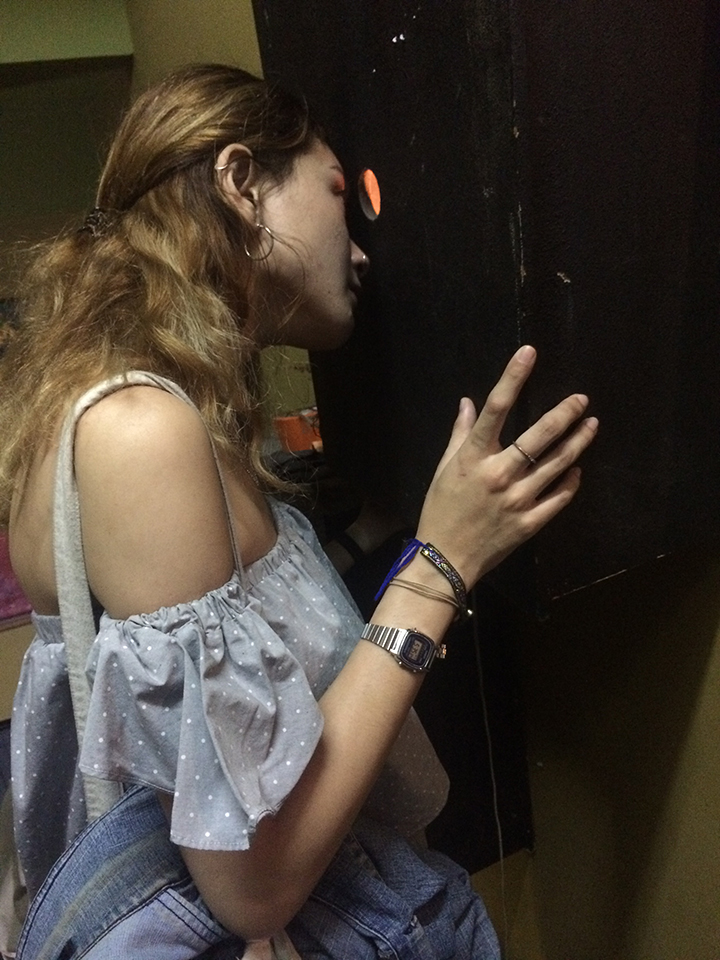 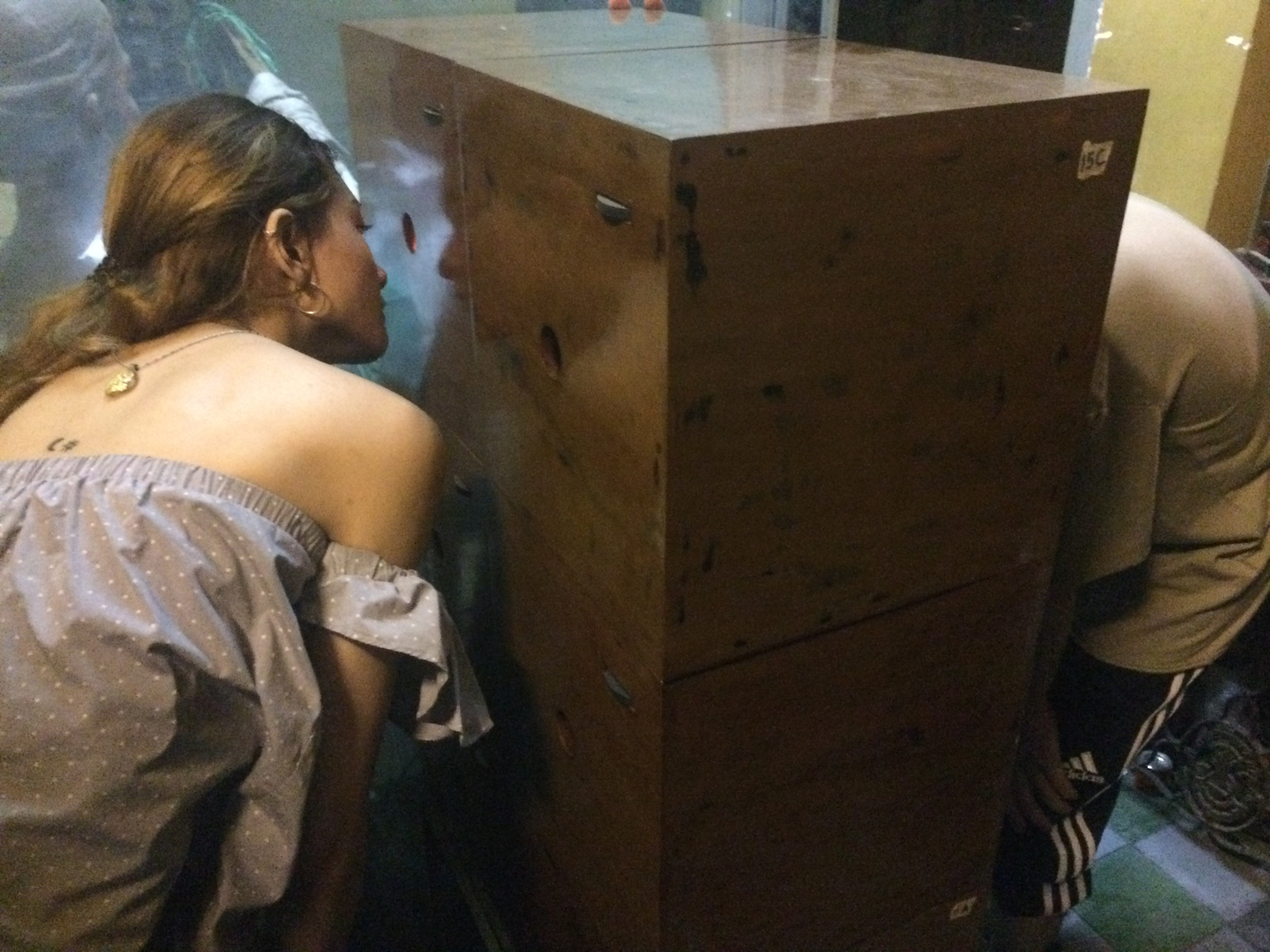 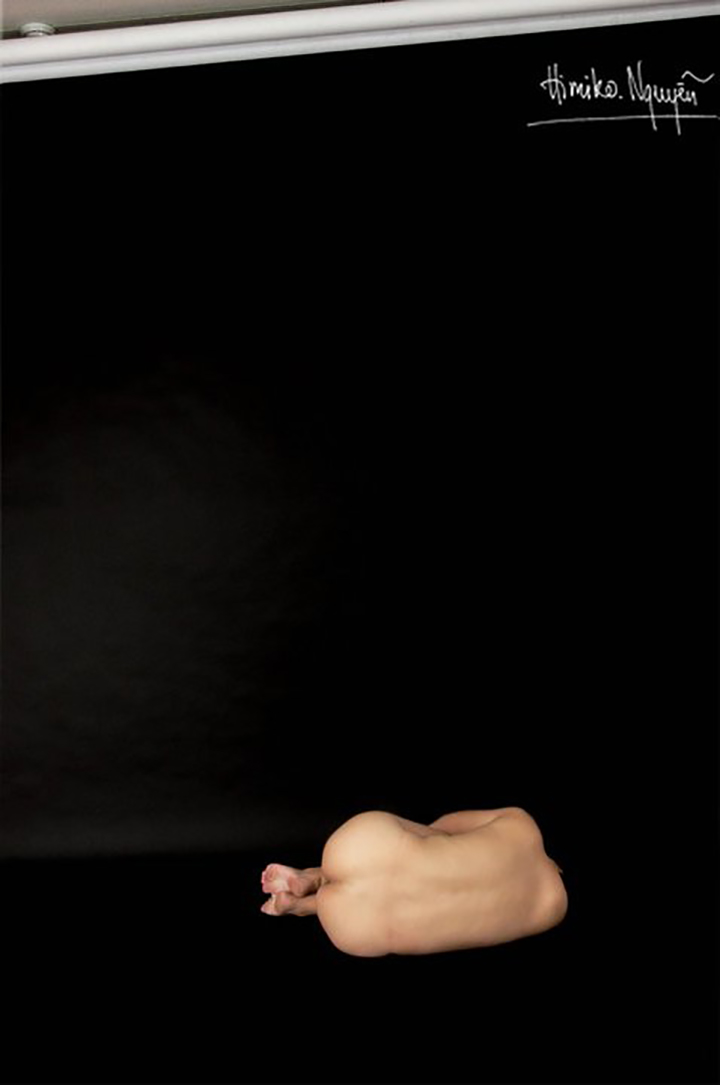 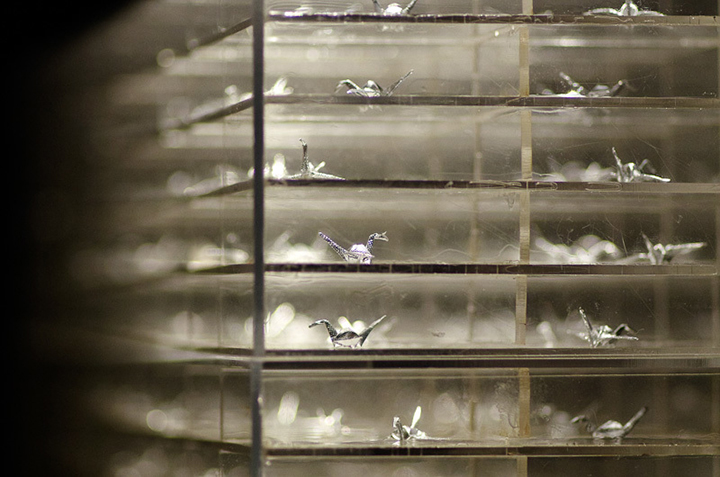 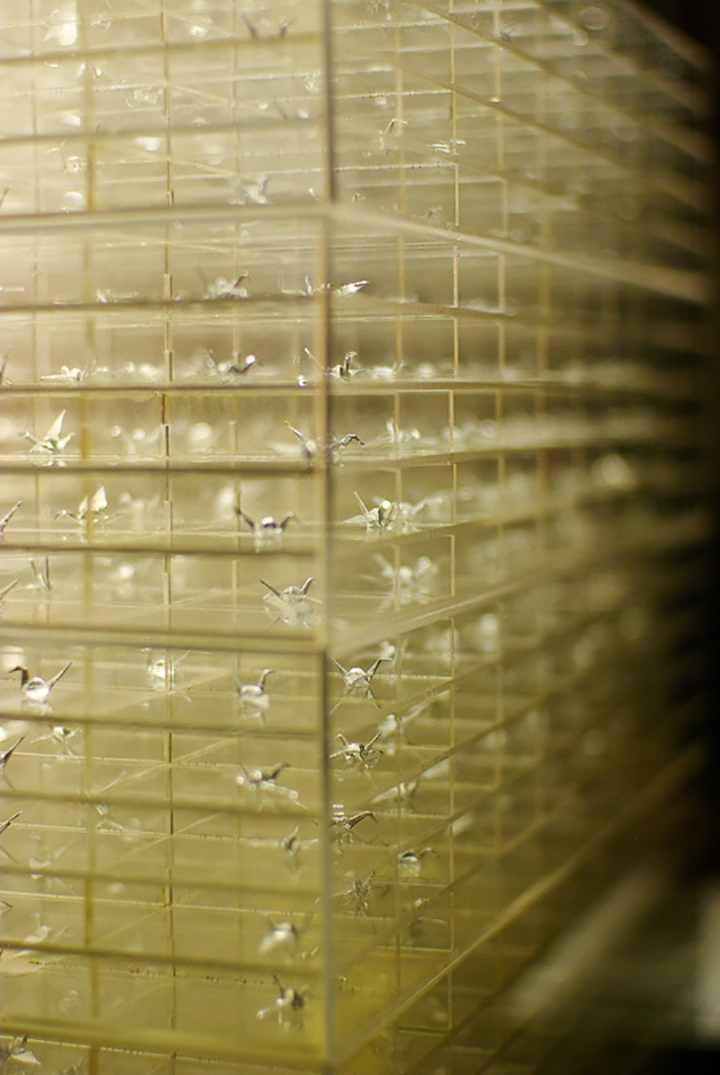 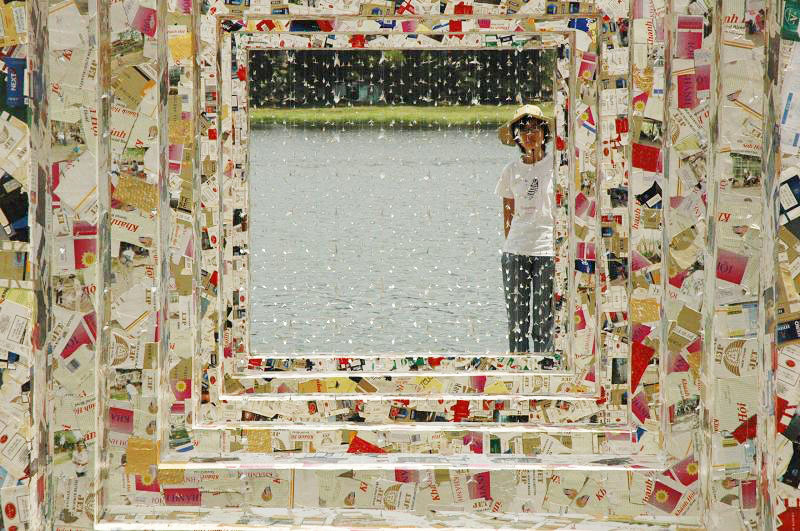 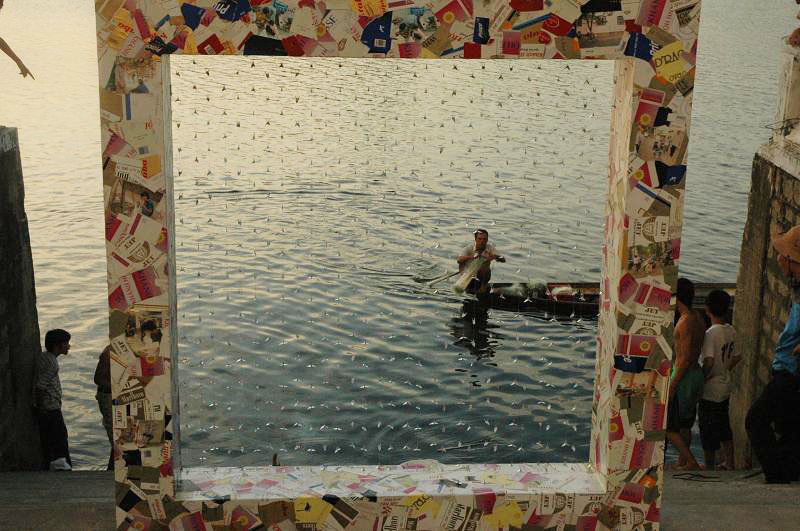 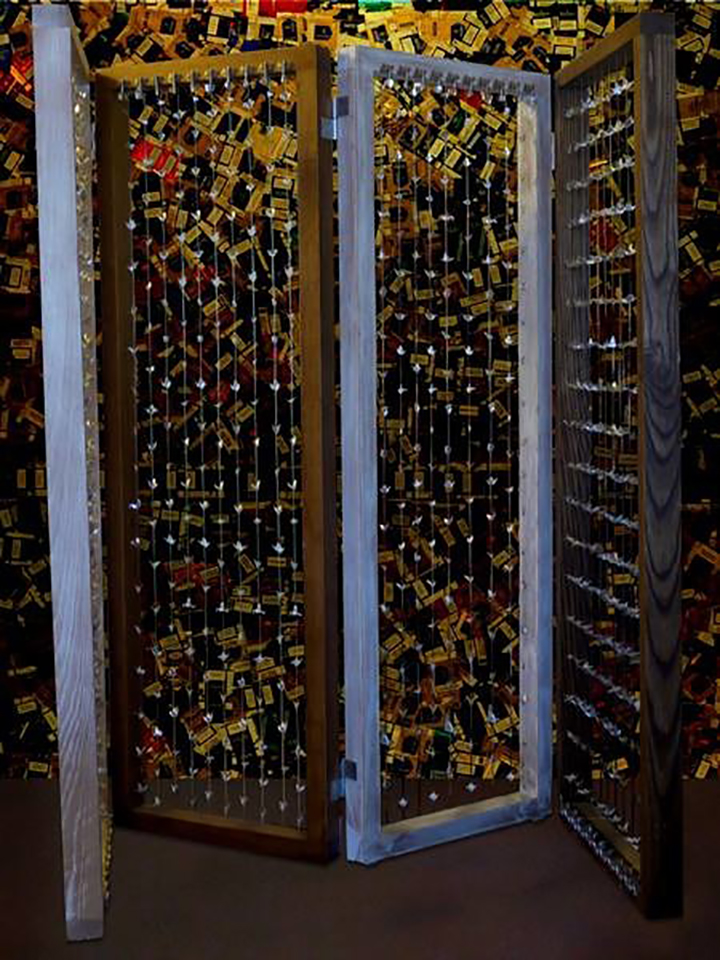 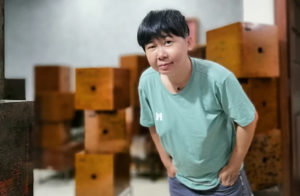 I was born and raised in an educated family with many siblings, in the countryside of southern Vietnam. My father was very strict, conservative and old-fashioned, but he raised his children in a very Western way. All his children became independent after their 18th birthday, and he only supported those who enrolled in the university. Because of that, since middle school, I focused on the major subjects which gained good marks to get me into college. That way was considered the only way I could escape from my family with dignity and transparency.

In 1994, I passed the entrance exams of two Universities: Ho Chi Minh City Pedagogical University and University of Commerce – Russian Literature. I chose the University of Commerce for Russian Literature. When I arrived in the city, that was when I began to explore Fine Arts and started to learn about myself and my identity. At that time, the Soviet Union began to collapse, Russian is no longer commonly used. Dropping out of school and entering a career unfamiliar to my family were unacceptable. I changed to study Japanese, and I stopped studying Russian Literature in 1997. In 1998, I began to work as an interpreter for the Garment Union in Ibaraki province, in Japan. I became financially independent and was able to make my own choices. In 2000, I enrolled at the HCMC University of Fine Arts and studied sculpture as my major. I was the first female sculpture student, after 10 years of female absence).

And, here is my Fine Arts graduate thesis, talking about the beginning and the changes that lead me into the art path. I graduated from Ho Chi Minh City Fine Arts University. HCMC, (2000-2005), department of sculpture.

“Saigon streets in the rainy days
are still as crowded as in the heating afternoons…
Where from and where to, are they?
And you
Where from, where to
under this scorching sun
and tormenting rain?
Has anyone found her man
admit torrential crowds?
Rare looks are exchanged
faded by the rain…
And this mid-day heat
has deprived every face of its uniqueness…
Where are you going?
You leave a space behind
that is to be filled in no time.
Where are they going?
Hurrying into each other…
Hurrying out of each other…

Where are they heading for?
And you, where to?”

I graduated from the Ho Chi Minh City University of Fine Arts, Department of Sculpture in September 2005. In November 2005 I opened Himiko visual cafe, known as the first alternative art space in Saigon, where it was a bridge for young artists to introduce their work to the people of the city, who still spend more time visiting cafes than going to galleries or museums. Having said that, galleries and museums tend to welcome older well-known artists than unknown young artists. Supported by the press and young people on social networks, c is introduced on SKECTH (Japanese tour guidebook) and Lonely Planet (European tour guidebook) as a must destination that tourists should visit when traveling to Vietnam. Having this initiative space, I have the freedom to do personal art projects, actively interact with viewers directly as soon as possible without spending time to apply, wait for approval from other art spaces and galleries.

This is a preface from an artist and a friend:

Himiko Nguyen’s works consist as a projected series about gender, about the third sex in a very strict and distinguishable society. Graduated from the University of Fine Arts with major in Fine Art – Sculpture department in 2005, Himiko Nguyen has established and run the first alternative art space named Himiko Visual Café in Sai Gon since November 2005. She has held 46 personal exhibitions for young artists, more than 15 workshops to exchange and meet artists in this art space.

From 2010 to 2011, Himiko Nguyen had organized “THE HAPPENING” project, 15-exhibition series was running the whole year with the participation of 13 young Saigonese artists at Himiko Visual Café.

In July 2012, she had a motorcycle accident and had a traumatic brain injury (GSC score is 3/15). She has recovered since then and returned to work with COME-OUT II installation project.

My family is a traditional academic family. They are conservative and old-fashioned. Everyone in my family is either teachers or professors. No one cares about art, like the path I had chosen. Most people in Vietnamese society disregard artists. Until now, I am still an unsuccessful child in the eyes of my family. Other siblings are married, having children, own houses, highly regarded in their careers and stable incomes.

I closed Himiko visual café after a traumatic brain injury in 2012.

This year is the right time for me to come back to art. I think I recovered well enough that my health and my brain now aligned to my biological age.

I am thinking about reconstructing Himiko visual café in collaboration with others, not my own to share the load. In my own work, I am trying to complete the project COME_OUT II (with the participation of 13 volunteers), starting HUMAN CARE PROJECT and 2 other art projects are also waiting to put into action. At the same time, I would like to do more travel, to observe and continue my artistic path with sculpture, the major in which I trained.

In my own work, I am trying to complete the project COME_OUT II (with the participation of 13 volunteers), starting HUMAN CARE PROJECT and 2 other art projects are also waiting to put into action.

Busy, bored, and tired, don’t really experience the authentic and deep feelings inside a human’s mind. They are easy-going, gentle but sometimes resilient.

I know Art later in comparison to young people in the city. When I was in high school, I had absolutely no concept of Fine Arts. At that time, I was studying Literature major in foreign languages, and all my focus was only on literature, absolutely not related to Fine Arts. When I passed the exams to University and set foot in the city when my path encountered Fine Arts. Therefore, I absolutely did not have any knowledge of Fine Arts prior to 24 years old. I began my studies at the HCMC University of Fine Art in 2000.

I would prefer the word “interest” instead of “admiration”. When I was young, I was interested in cinema, theatre, etc. Those areas which I was not associated with. Therefore, I liked and got interested in some singers, actresses or performers. Art is a language of life which I use to voice my thoughts, my observations, rather than a demonstration or seeking recognition from others.

Art is a language of life which I use to voice my thoughts, my observations, rather than a demonstration or seeking recognition from others.

Sometimes, I don’t understand why people who come from abroad often ask about feminism in creativity. Gender equality is impossible at this time in Vietnam, but if it is so, I still think it is impossible, not just in the art industry. In any industry, when a woman has chosen a career path, it is certain that other options will be weakened. Having said that, once you have chosen the creative path, you have to sacrifice a lot, not just your other desires. With me, it is not about men or women in art, it is about your work and your passion. I think our society is increasingly open thinking, the prejudice between men and women is not as bad as before. Even if I think of it, I find the pressure on men in the creative industry is not small. Because people still have the mindset that men have to look after their families, it is their duty to provide income for the family. Challenges are for everyone to face in this life, that’s nature.

Listen for guidance from your heart. Any path you choose in this life, means you have to commit and sacrifice regardless of your gender.

It is difficult to give advice, when the circumstance of the family, the view of life, the art view and one’s life are different for each other. There was a young student who graduated from the University of Economics, after reading my book “Five years and a start”; bravely left his boring jobs, took some online design courses, and began his path to the creative world.

In the book “Five Years And The Beginning”, I wrote about the changes that led me to art. I was a linguist before became a sculptor. I gave up all my youthful choices to enter the path of discovering the emotion inside me and where I belonged. I wrote this in my final year, before becoming a visual artist. And, until now, these words are still leading me.

I no longer suspect my ability or feel unsure about where to go among the many roads that lay before me. Because I know I won’t be led by anybody but my own heart. I won’t need fame or popularity. I will begin my childhood burning dream. I will start the journey of exploring life around me, collecting bits and bits of tiny joys and gathering them into true happiness! Of course, somewhere in my soul, the hidden desire is still there, that I want to duplicate my joys. Who knows what wonderful thing will come about, somewhere on the journey that I’ve chosen!

Listen for guidance from your heart. Any path you choose in this life, means you have to commit and sacrifice regardless of your gender.