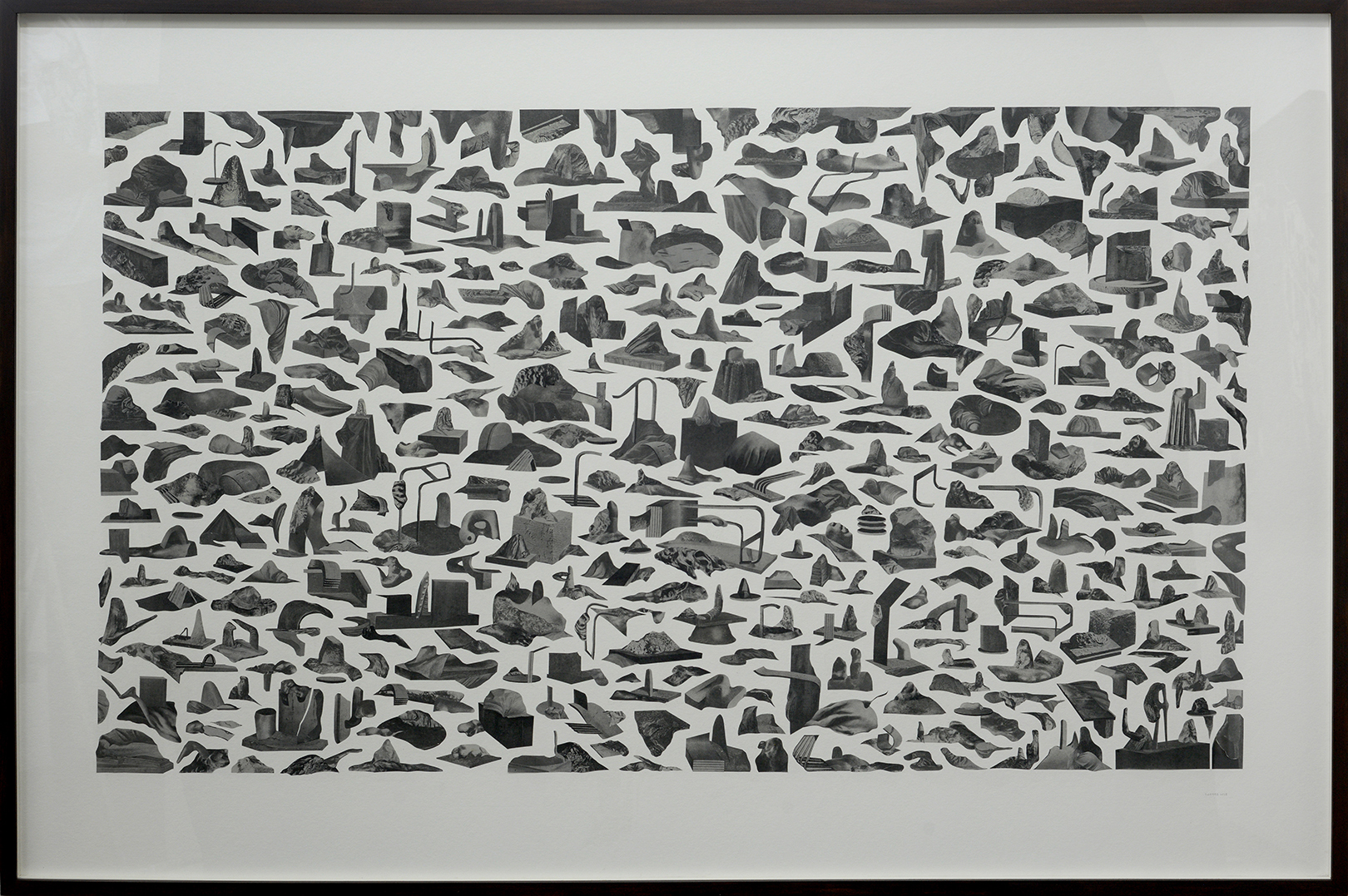 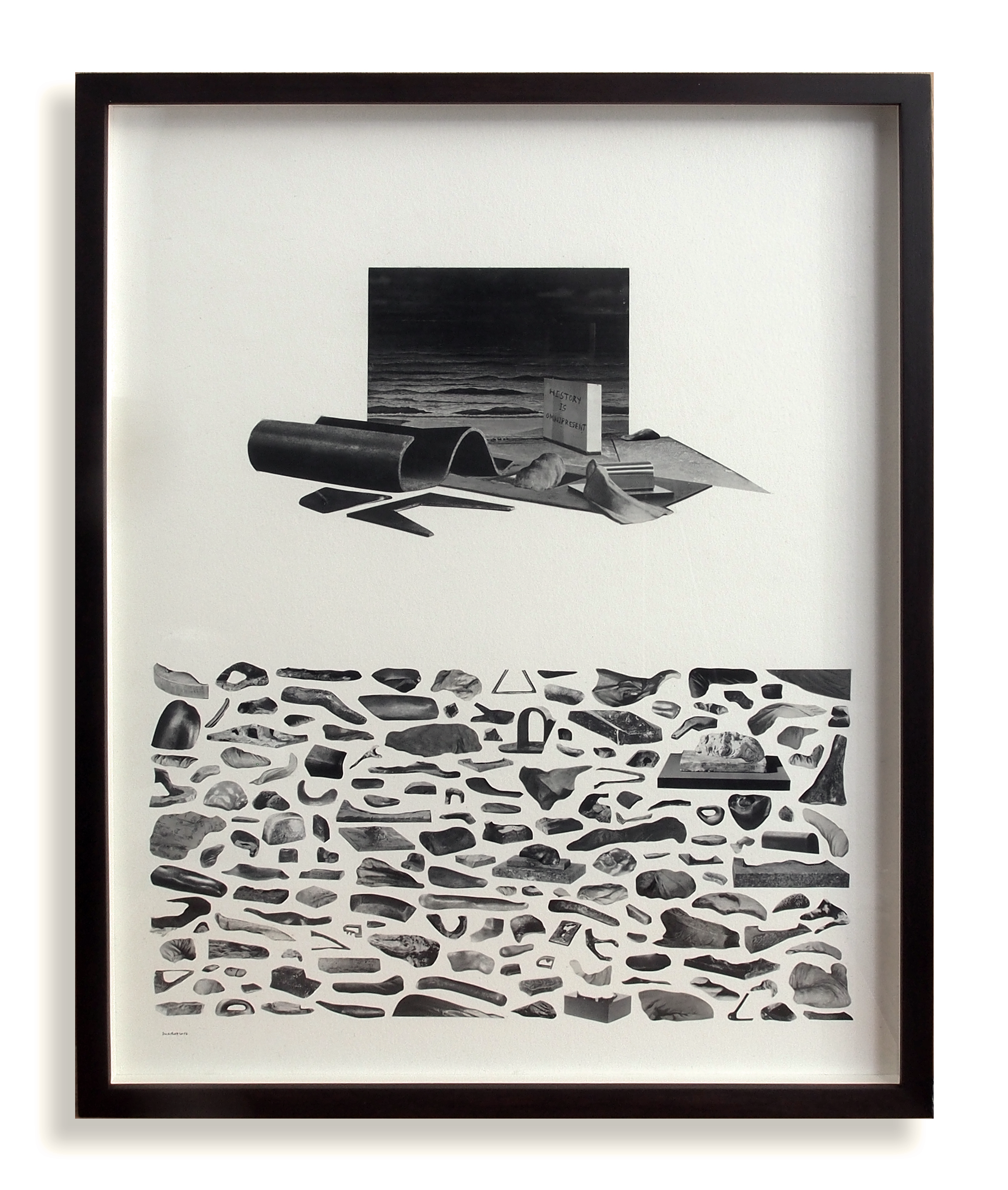 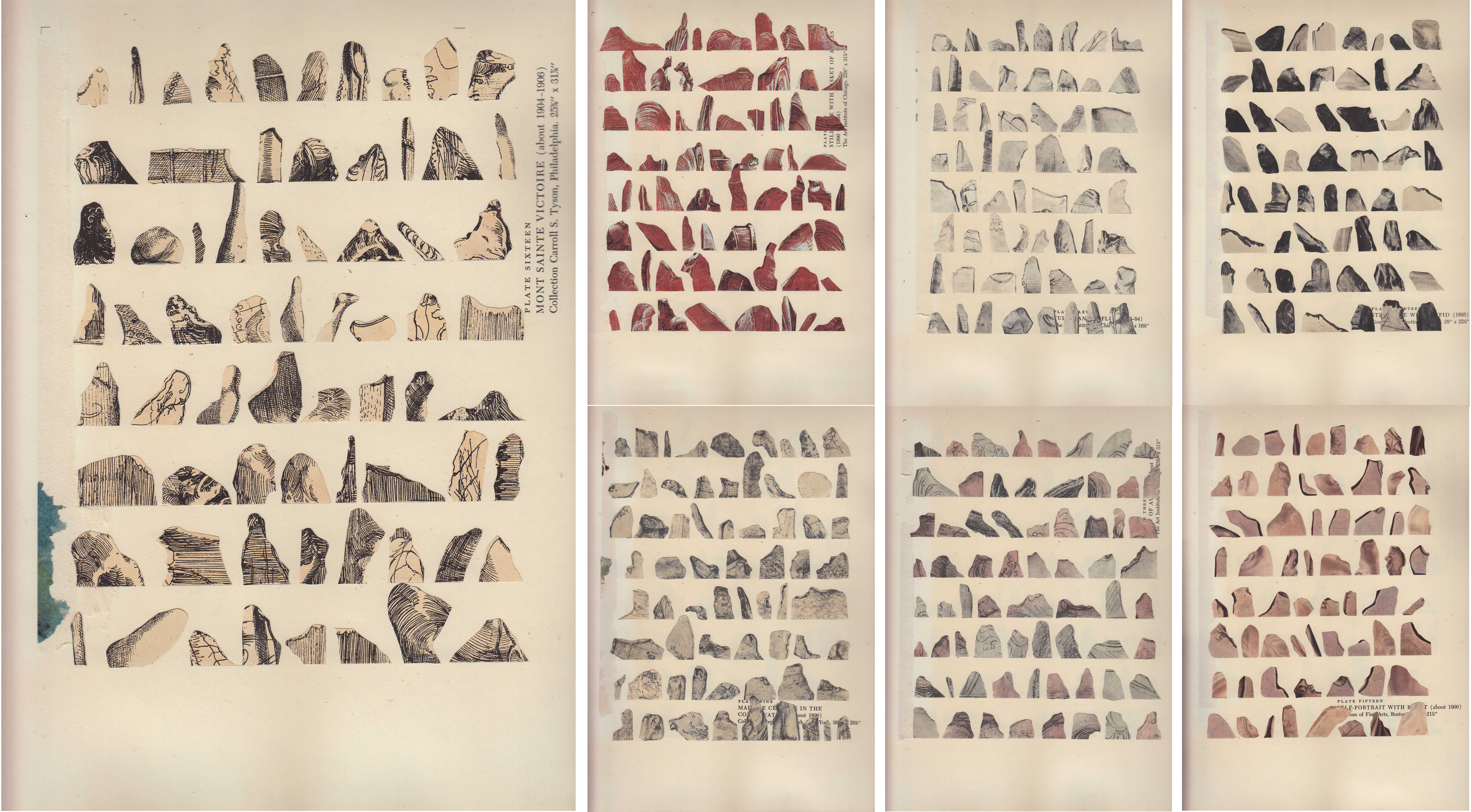 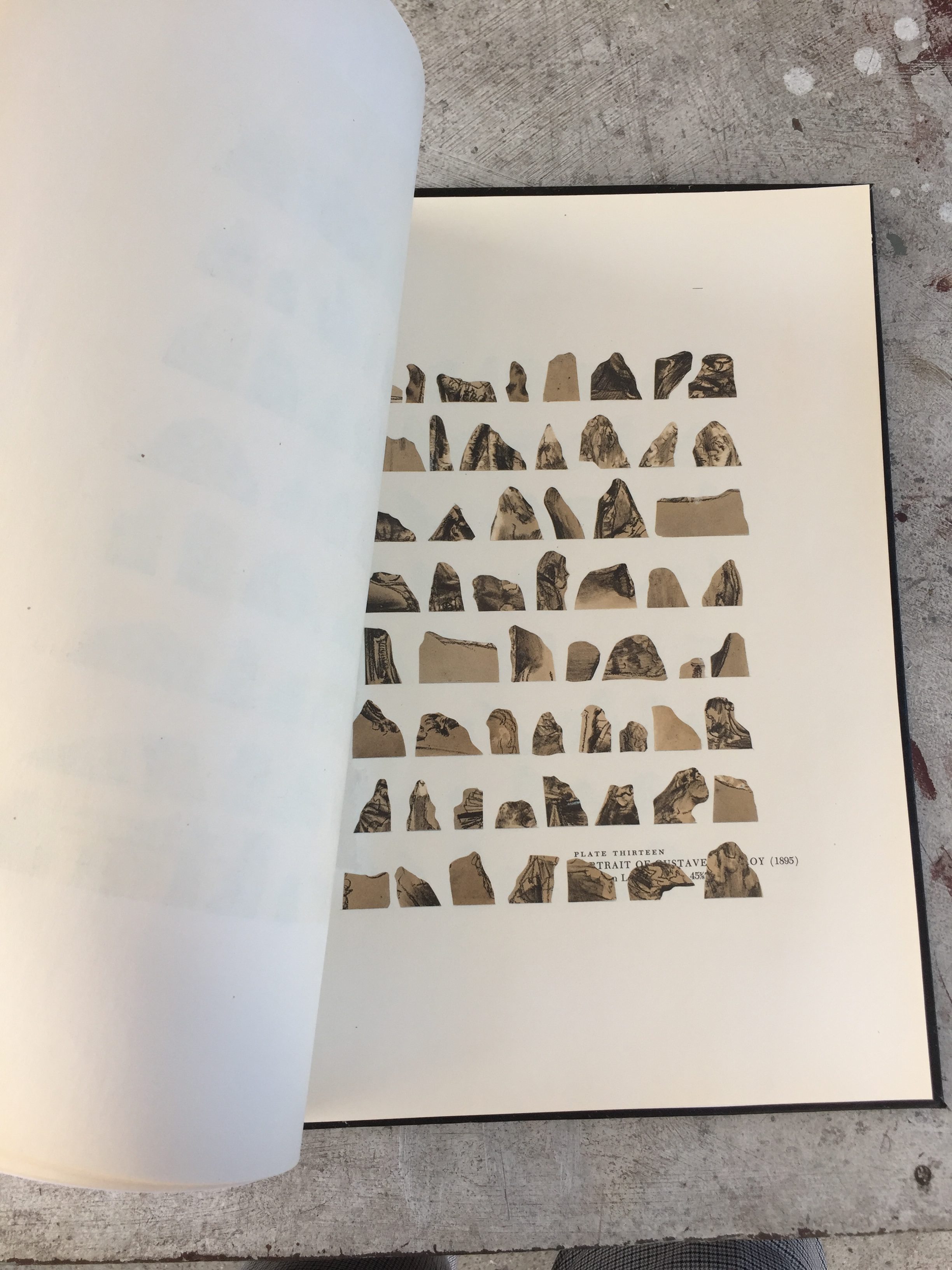 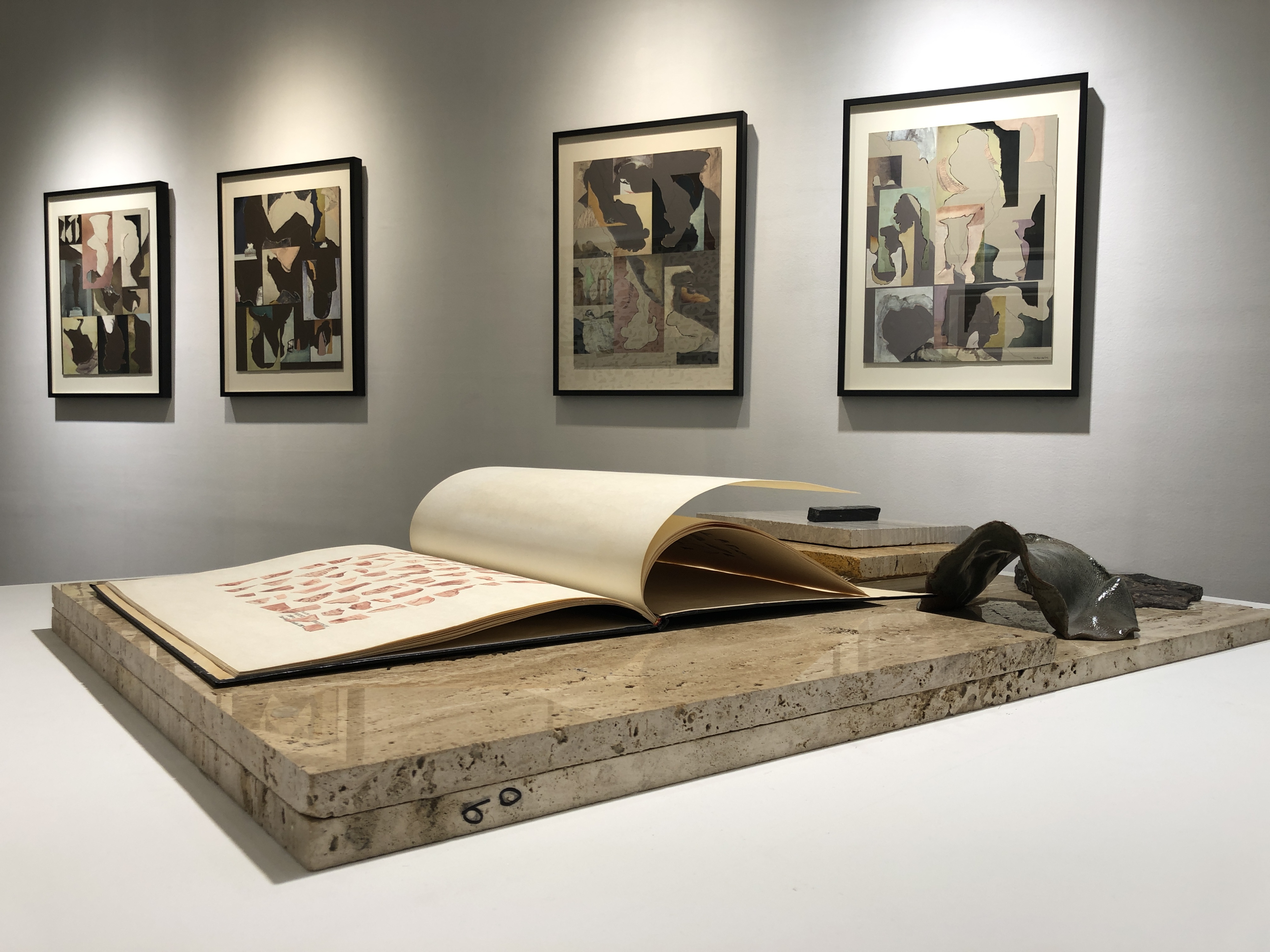 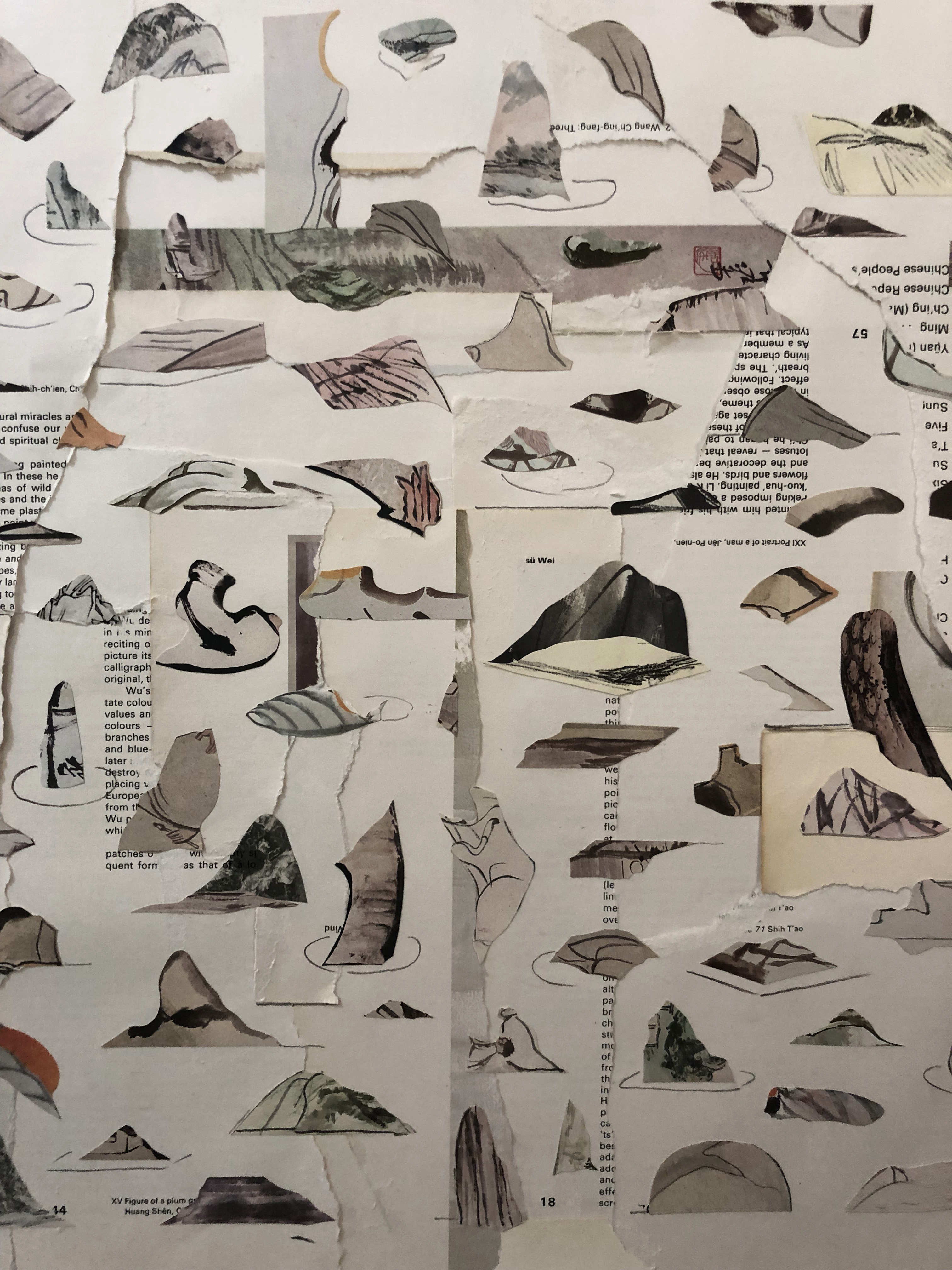 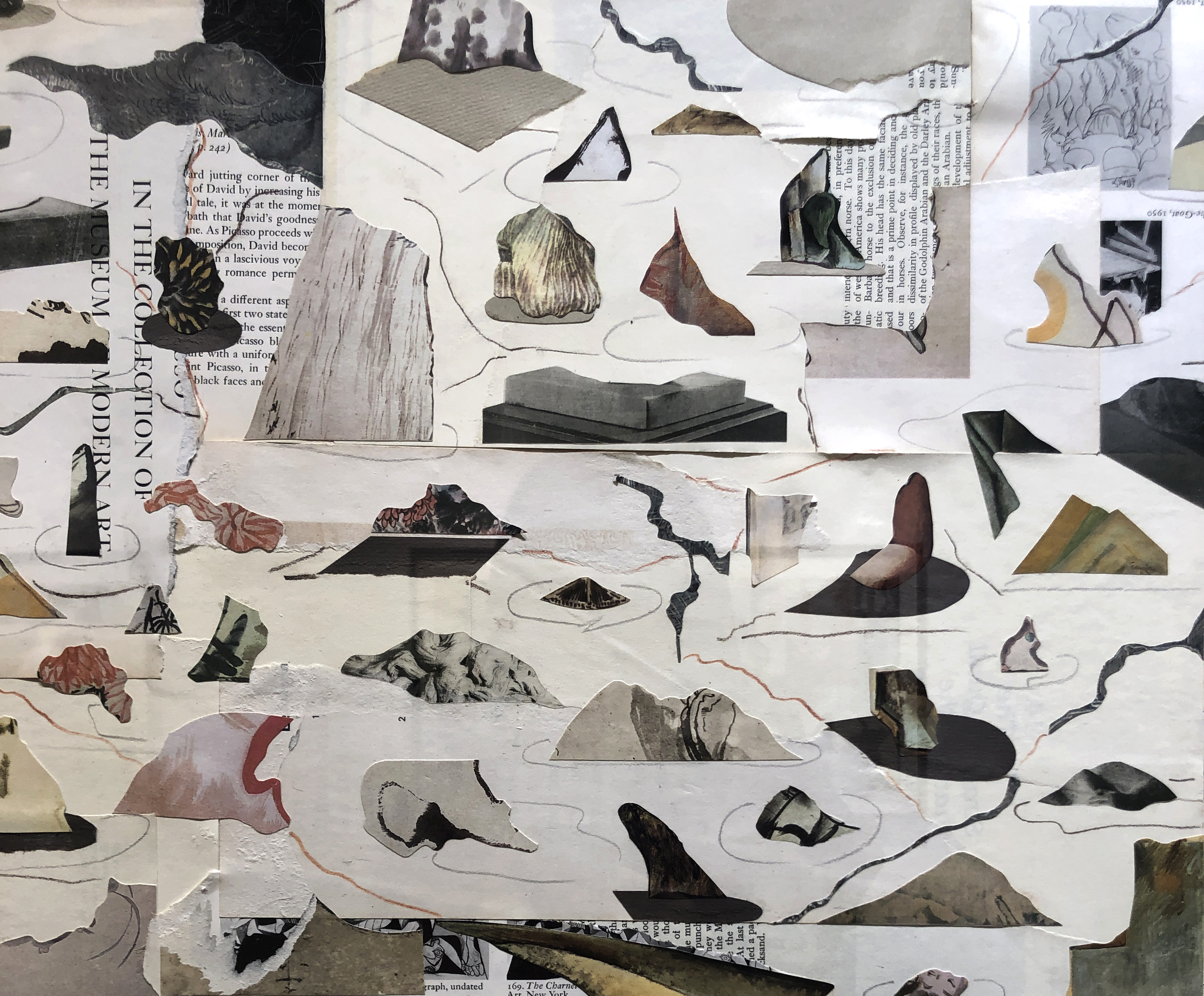 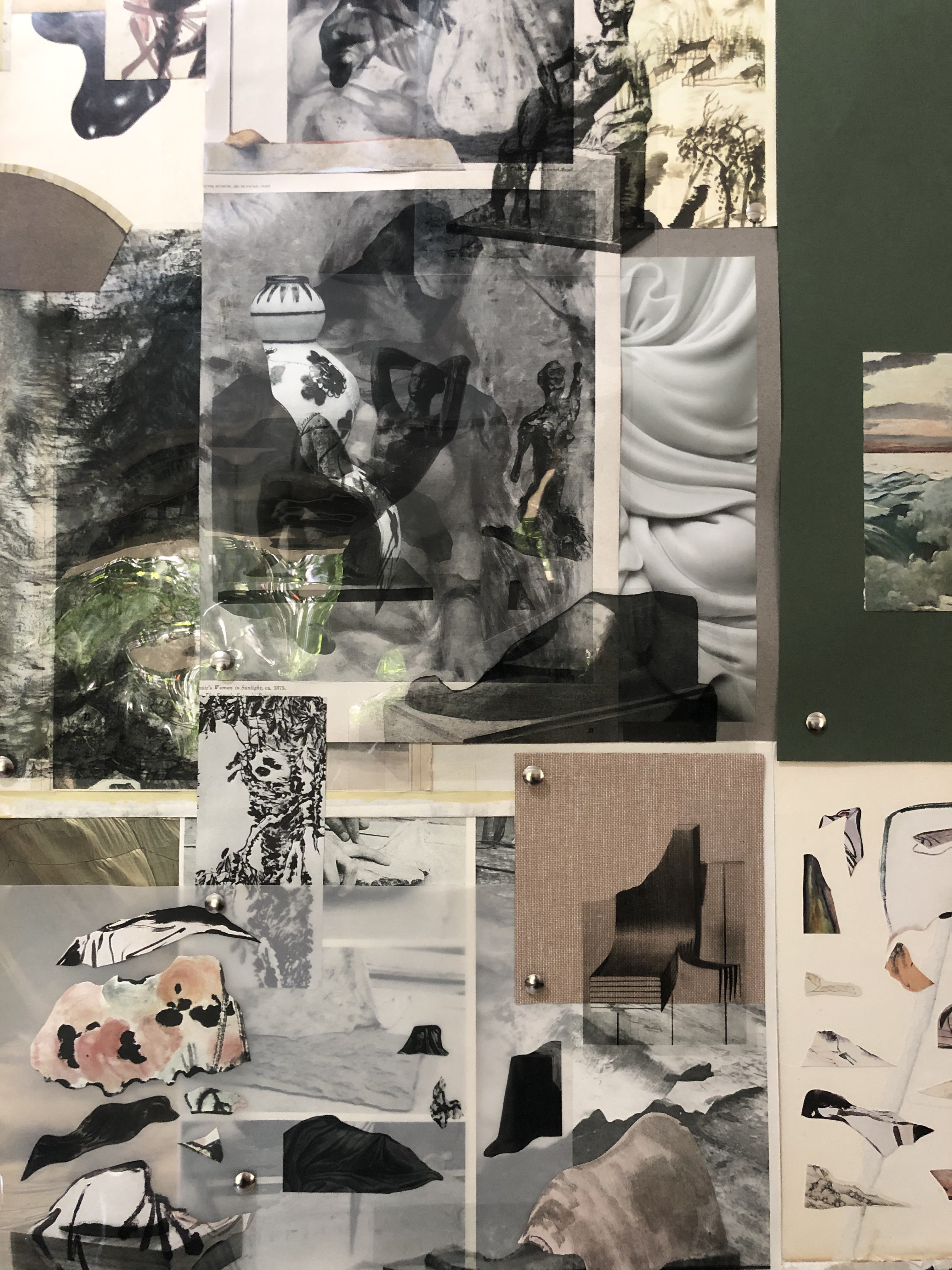 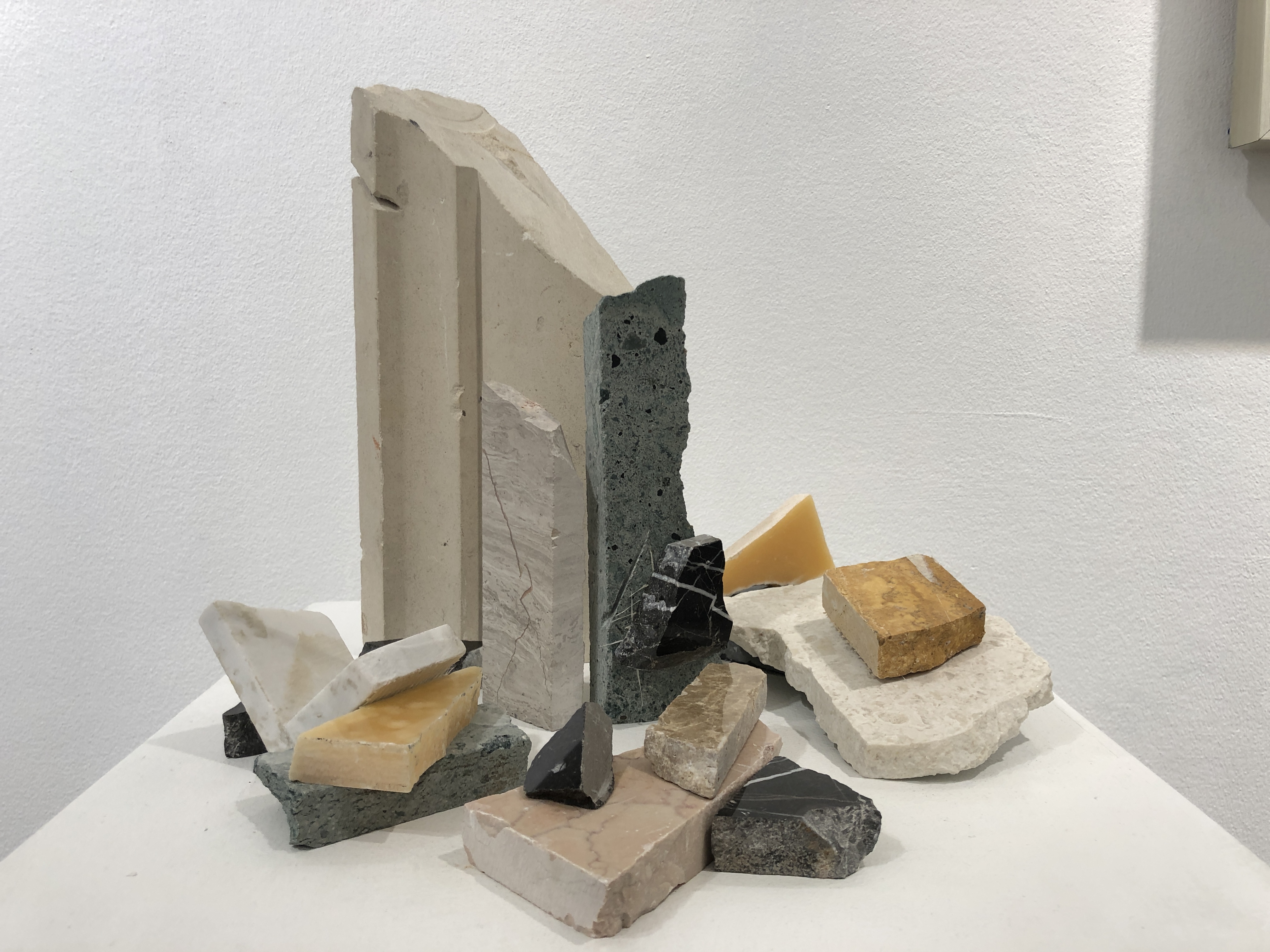 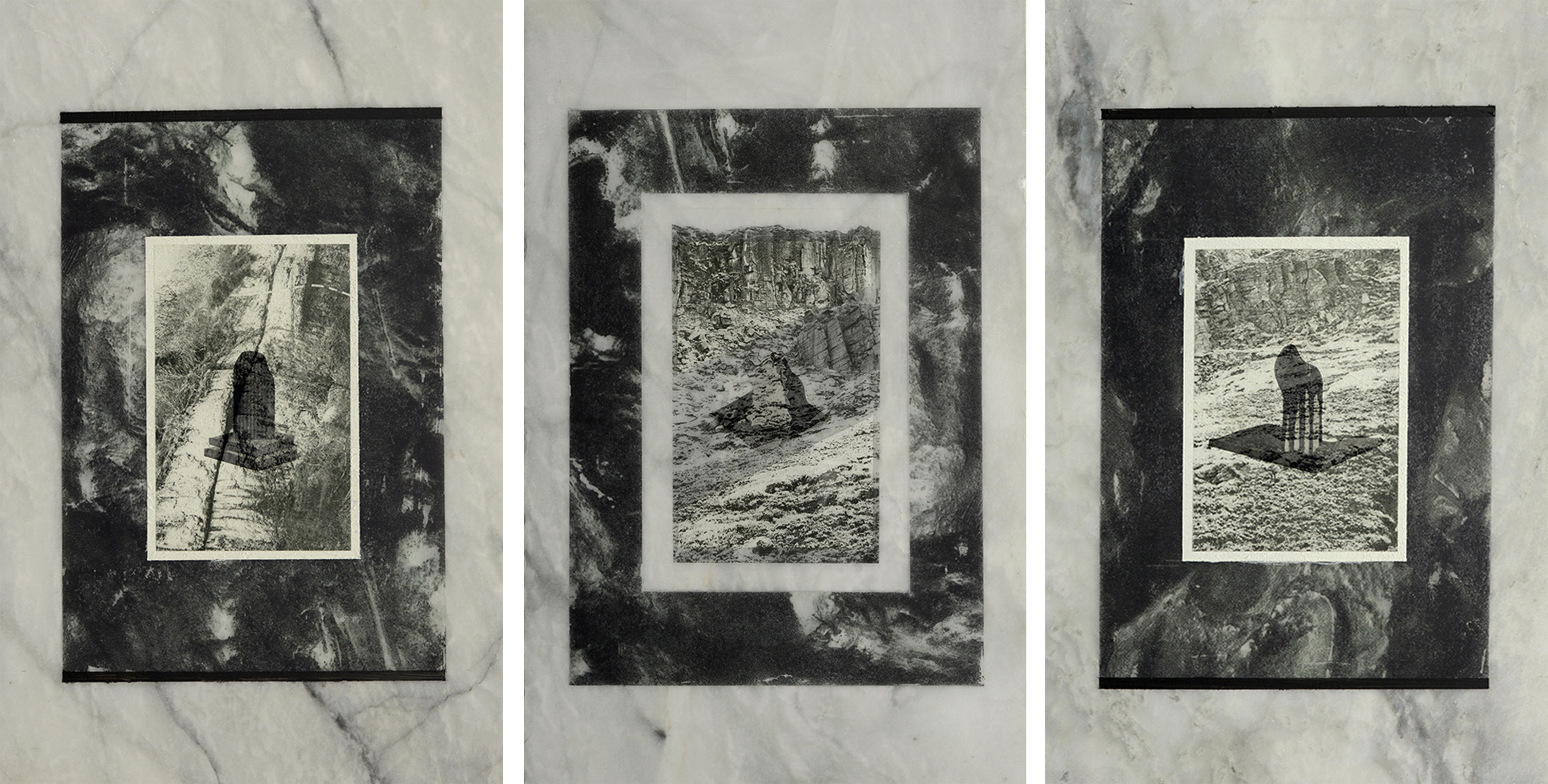 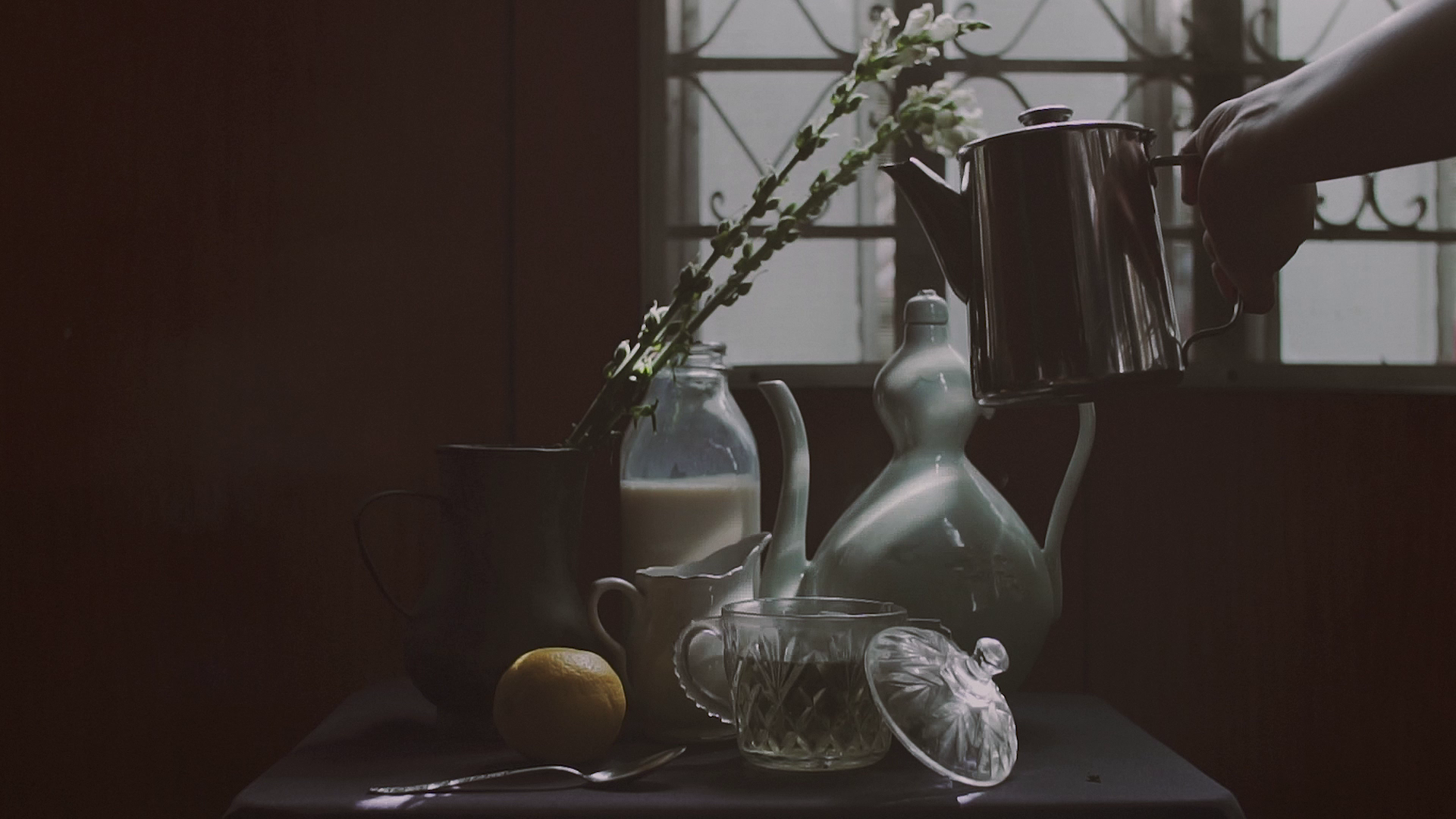 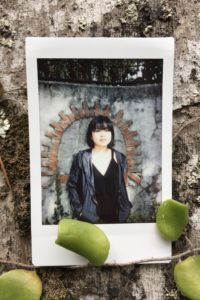 Hi, Girlsclub! I’m Jel, a visual artist and educator from Manila. My works are mostly a play on collage and found materials. I’m drawn to objects of history, and I like reading~ images. I take inspiration from details, textures, forms, and attempt to decode them through my cut-outs.

I relish cooking at home, hunkering down with my partner, caring for my houseplants, and being a mum to my two cats.

Metro Manila is quite a fragmented place to live in. The city and its people are furious, restless, but never boring.

Metro Manila is quite a fragmented place to live in. The city and its people are furious, restless, but never boring.

Well, our city ranks as 3rd worst in SE Asia when it comes to the traffic situation. There’s that, and the poor public transport system which makes traveling around the city exhausting and expensive.

The best thing though is you’ll never run out of things to do and places to hang. A lot of interesting art exhibitions/ events open every week. We have cheap beer, great food, and I believe the warmest people you’ll meet. Manila is also 2-3 hours away from nearby beaches or nature trails so it’s comforting to know that you have a place to escape to in times when the city gets too much.

I used to have a day job as a childhood educator and worked with art on the side for fun. It was a fast-paced shift, but I was full of hope and excitement. I felt strongly in love with whatever it is that I was doing, and somehow, now it became a way of living.

I felt strongly in love with whatever it is that I was doing, and somehow, now it became a way of living.

It took time for my parents to understand. Sometimes they’d still ask me to get back on having a real job. It was a difficult transition, but I guess having friends who embolden me to believe in my vision have made it possible to make the people I love trust in my choices too.

Apart from what I do as an artist, I want to use my ability as an educator to start more projects tailored to cater to the younger generation. I feel like a part of me will always have a soft spot for children since I worked in the preschool setting for a long while. I want to support more art making opportunities for them, empower creativity, and inspire their curious minds. I want Philippine art to create more impact, for as little kids, we were more exposed to western art and culture. I am a believer of big dreams! Probably someday I can work with our local artists to produce a children’s biennale here in Manila.

Apart from what I do as an artist, I want to use my ability as an educator to start more projects tailored to cater to the younger generation.

I’m not really sure! But working as a collage artist here in the Philippines, I’ve heard so many stories about the late Roberto Chabet– his legacy, his works, and influence as a creator /teacher to a lot of the artist I look up to. It would have been a dream to do a project with him. Or maybe even just talk, or be taught by him.

The women around me are brave, passionate, and full of empathy. They empower me to live my truth and inspire me to become my best self.

I also think I’ve grown to become more loving like my mother. And as much as we disagree in a lot of things, moving away from home made me realize that she’s everything in a woman I deeply admire.

Growing up, most of the people I looked up to (whether in arts, sports, etc.) were men. I think I only saw and appreciated women for being in fashion ads and magazines. There were many moments as a kid when I thought being a boy was much cooler because of the freedom and attention they get. I grew up being discouraged to do some things just because I’m a girl, and surrounded by boys praised for being boys.

But I believe that things are gradually changing for the better. I’m positive that our generation is raising the smarter and fearless women of the future.

I am lucky to be living in a time where women have a stronger voice whether collectively or individually. Women have come to change things, yet I feel that sometimes our assertiveness and confidence is still some form of a resistance.

I was talking to two female artists the other day and I asked the same question, and we talked about our encounters as a woman in the creative industry. We were all the same in feeling that sometimes we tend to put up a face, act tougher, or be more aggressive when dealing with other men so they’ll take us or our work seriously.

I feel like it could be taken away anytime; especially now that our country is being led by a president who disrespects women just because he can. Until there are men who laugh at his rape or sexist jokes, women will never be safe.

Work with more women in the field! Much of who I’ve become as an artist is because I feel empowered by my female contemporaries.

Work with more women in the field! Much of who I’ve become as an artist is because I feel empowered by my female contemporaries. Express yourself however you want. And don’t let men (or anybody) tell you what you can and cannot do.