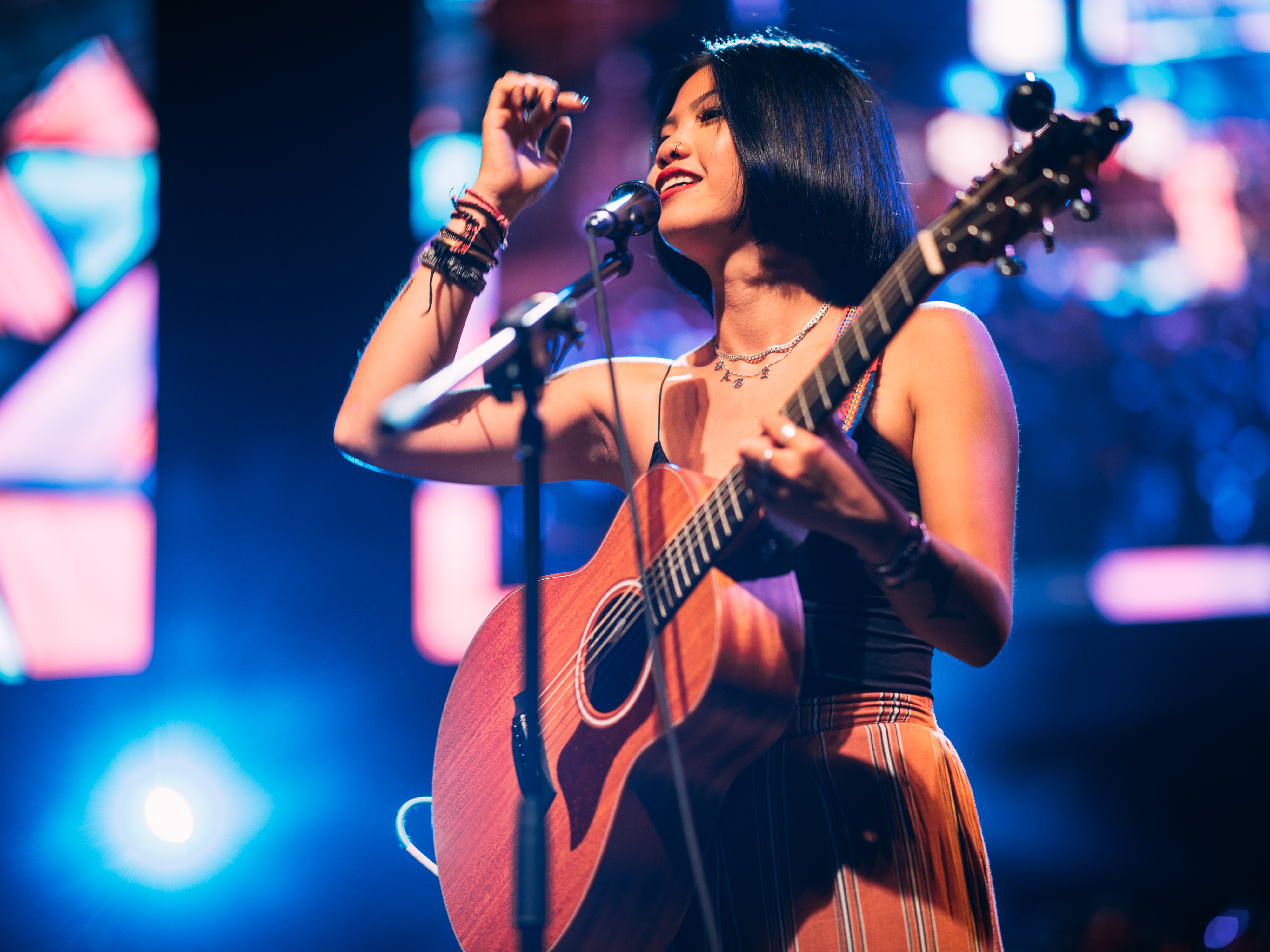 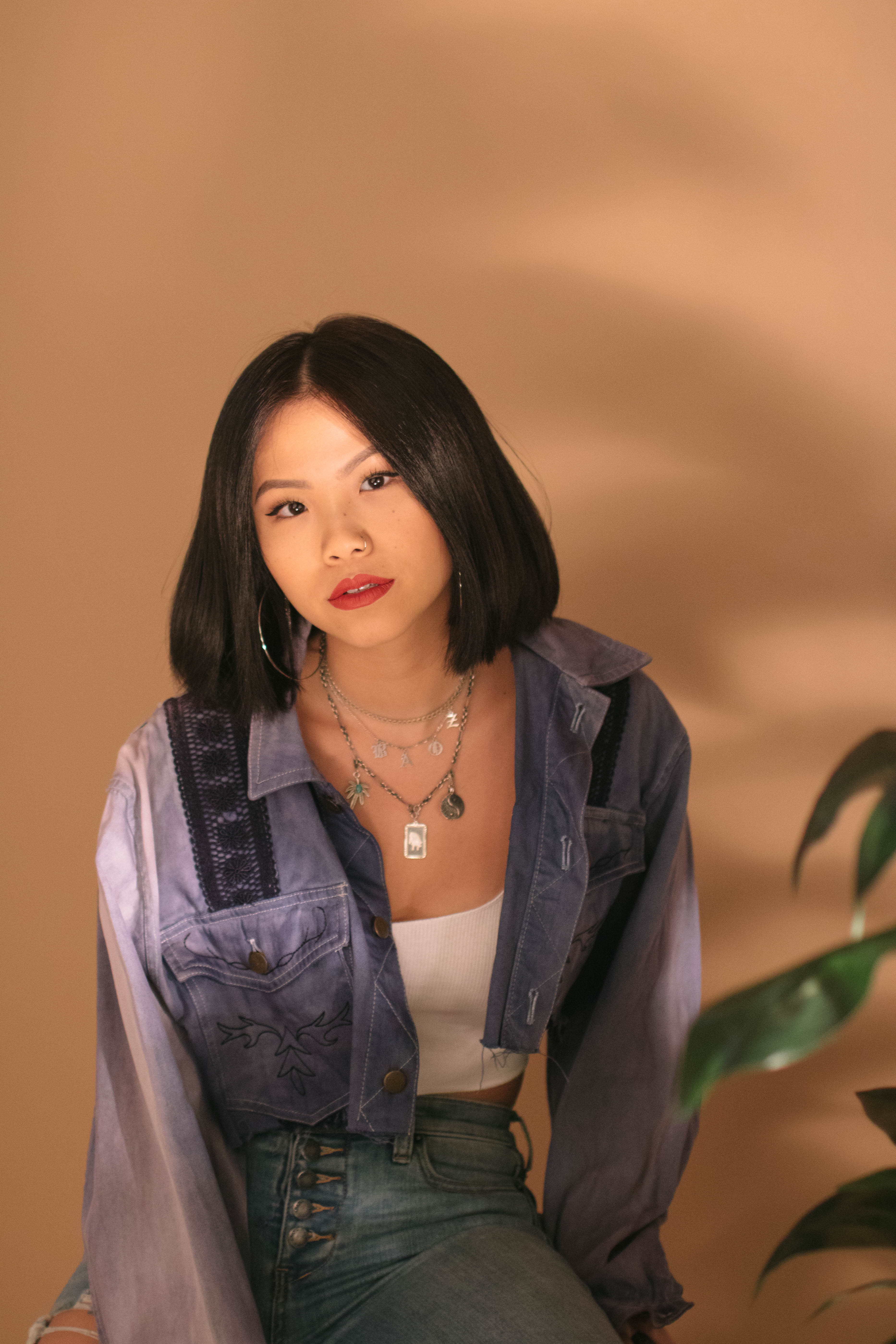 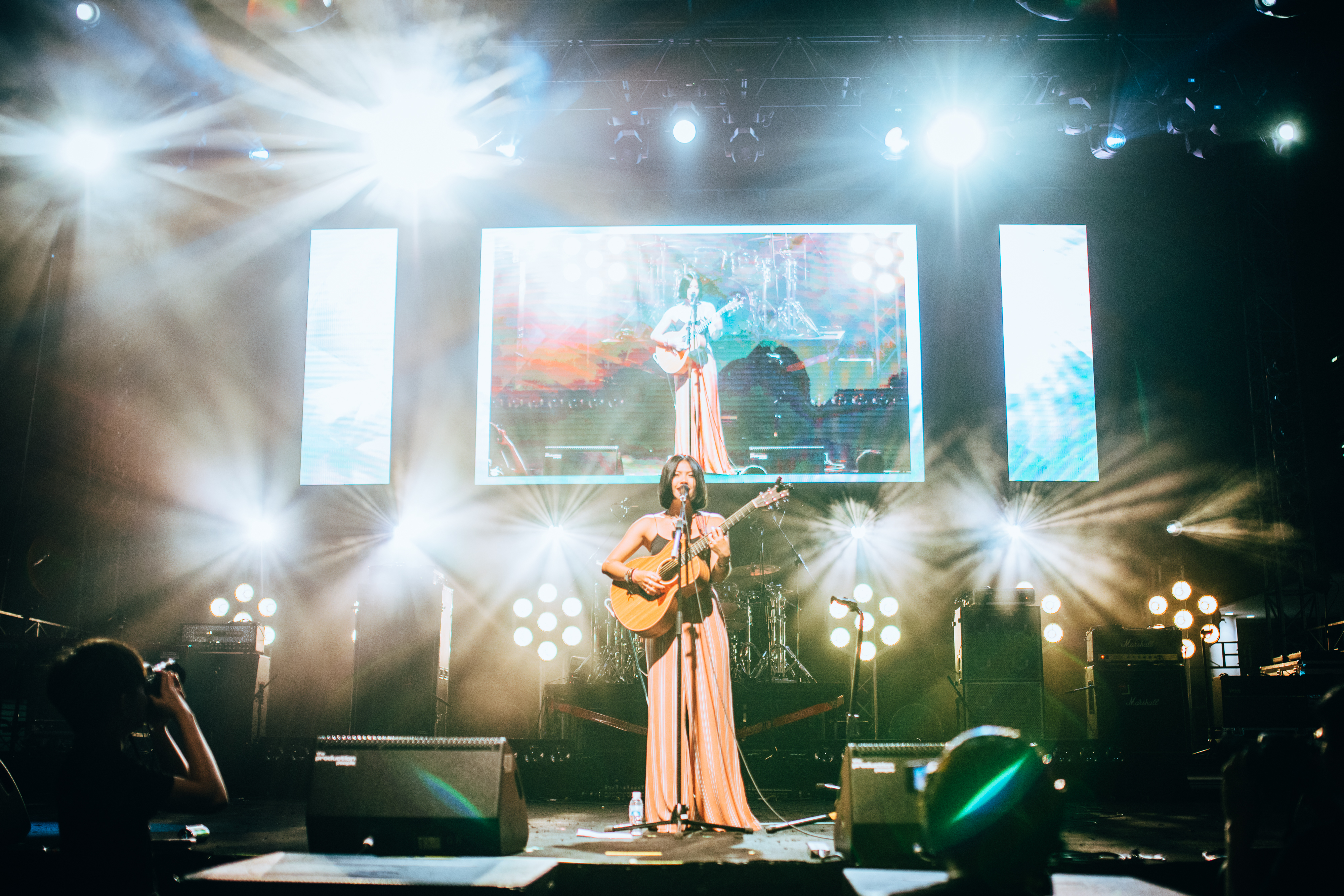 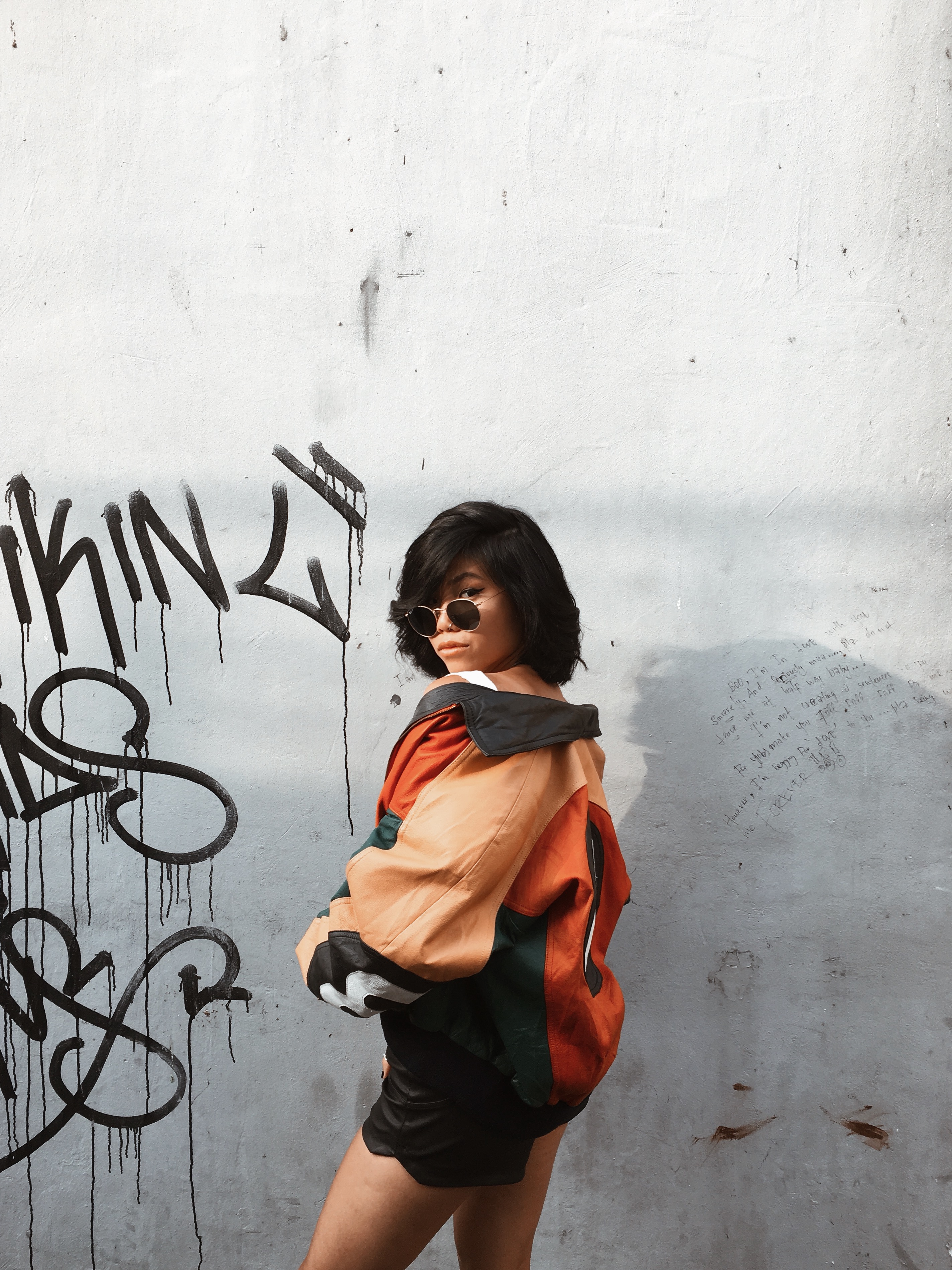 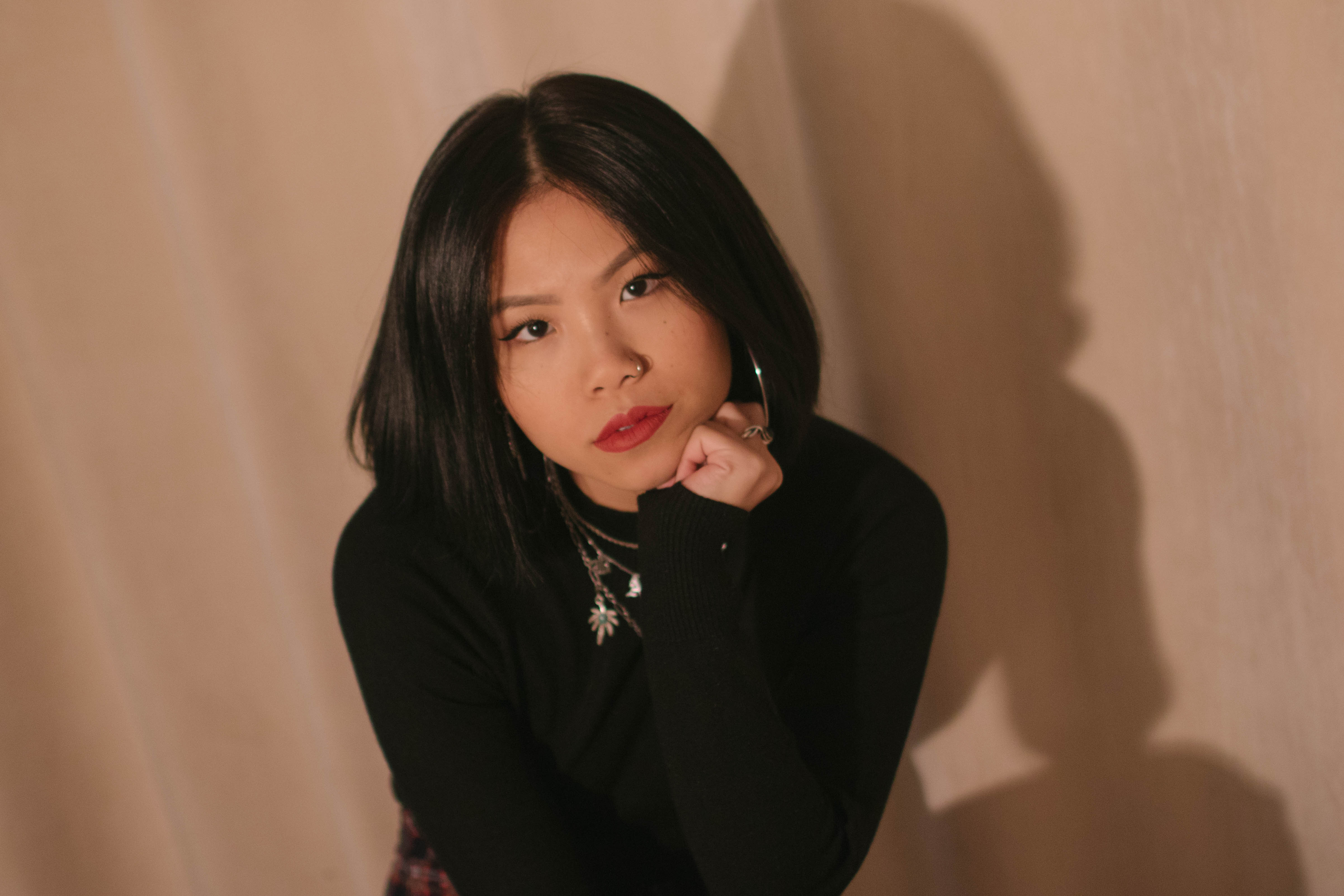 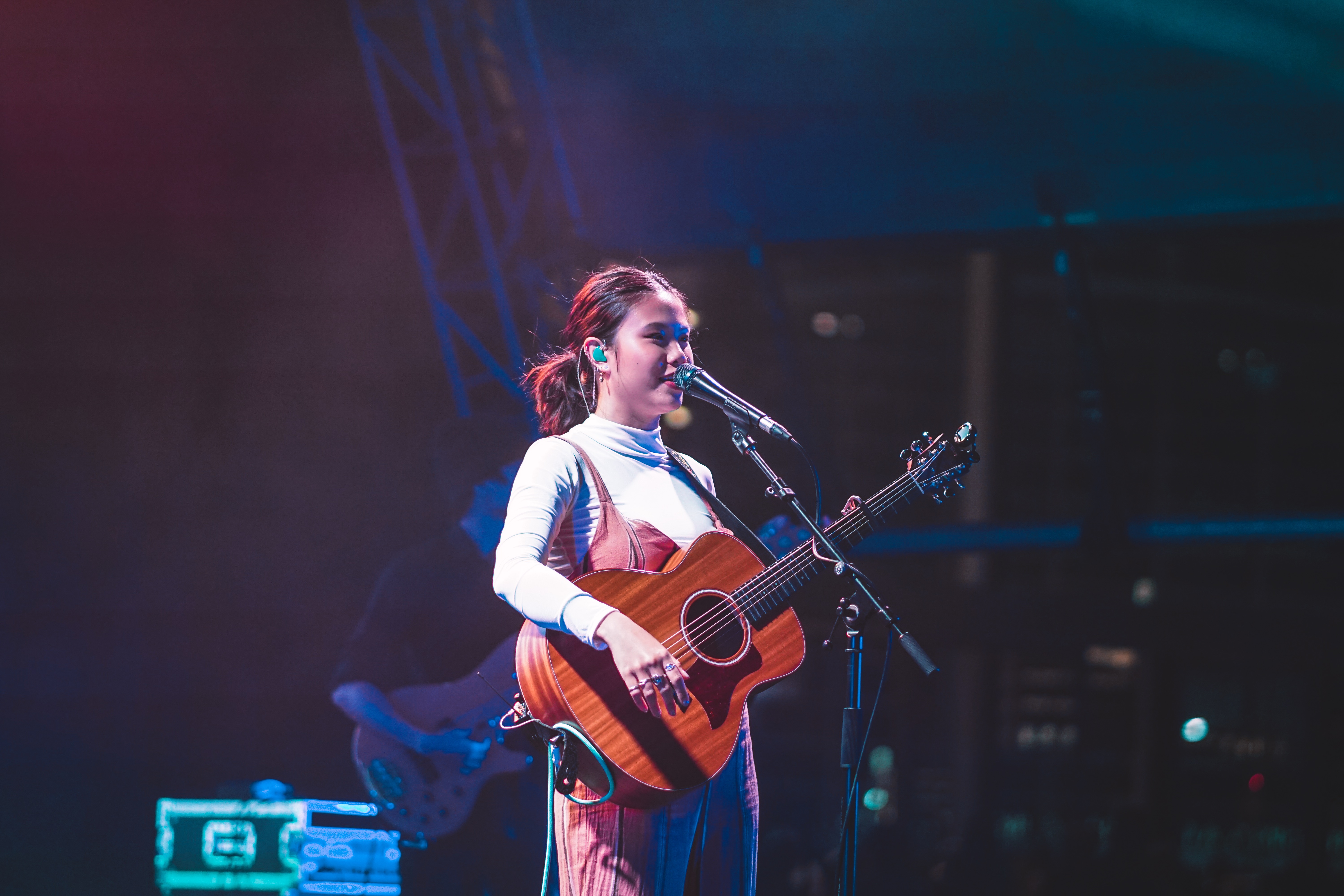 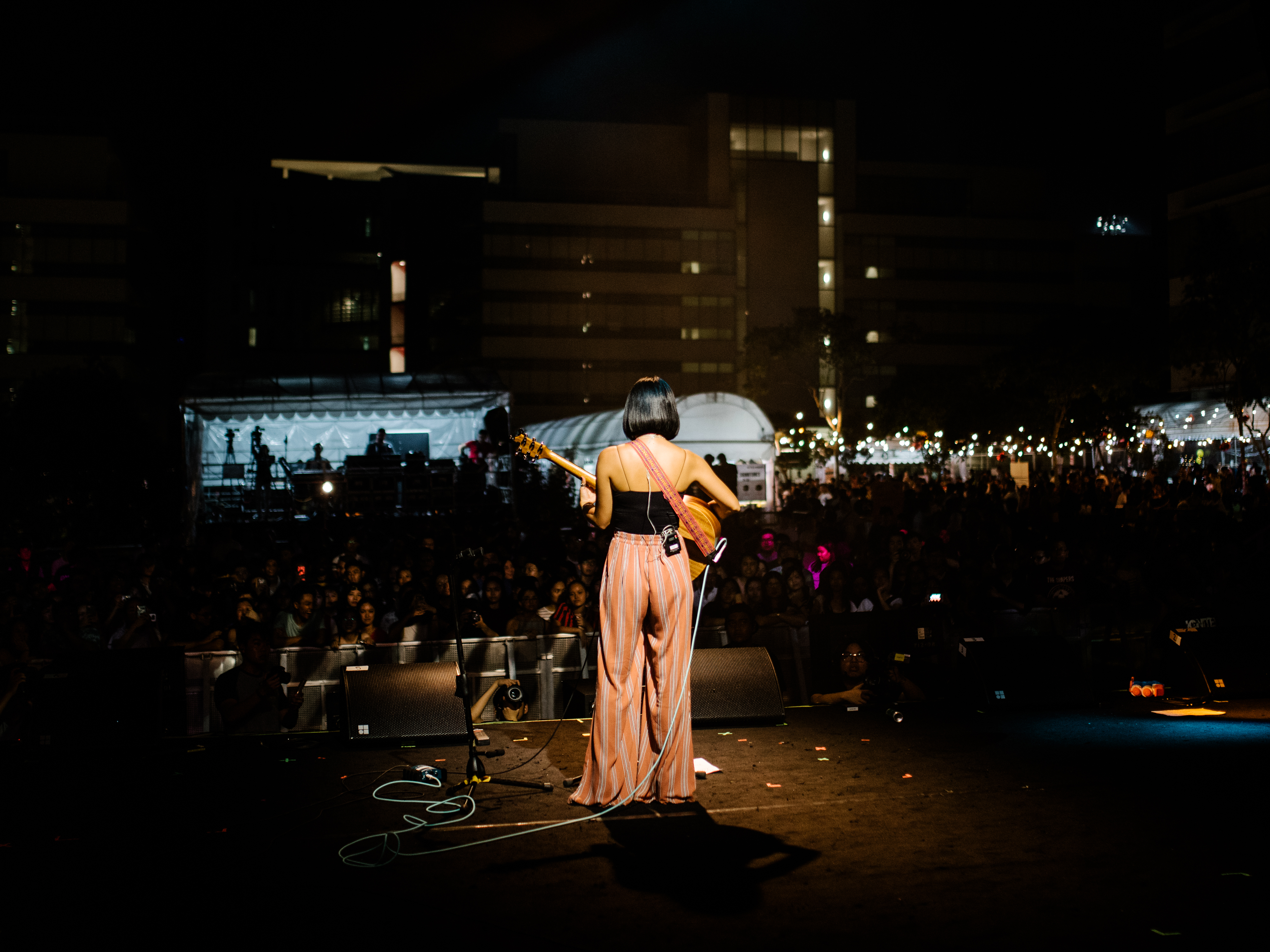 I’m Joie, a 24-year-old creative based in Singapore. I primarily do music and do part-time work at a dog shelter. I thoroughly enjoy spending time with loved ones, animals and children. I express myself best with creative work. I’ve always enjoyed teaching and finally got to do it for a bit as an art teacher in a pre-school. I left that job to focus on my music full-time and released my debut album early 2018. I started a business in March 2019, Layla Luna selling sunglasses and glasses. 20% of every pair purchased goes to an animal shelter. Our beneficiary from March – July 2019 is The Right To Live, a dog shelter in Singapore. I’ve always immersed myself in projects and anything that requires me to use my creativity.

Singapore is a city of hustle and bustle, a concrete jungle like New York City. We have summer all year long, with the exception of short seasons of rain- the humidity is constant, though. We are a country that’s big on education, and kids are often found to be introduced to stress and a competitive learning environment at a young age. Contrary to popular belief, we are not in China and English is our first language. We are taught British English, so we say things like lift and queue instead of elevator and line. We also have a slang that we speak called Singlish. It’s a mix of all the languages we speak morphed into one to make for efficient conversation. More people know about Singapore now because of Crazy Rich Asians and I guess it’s pretty cool! Creatives in Singapore can only go so far in the industry, but we are growing and making waves outside of Asia and it is an exciting time. People used to say that homegrown acts have no future, but my generation and the ones after are proving that so wrong. If I could describe my city in two words, it would be small and safe.

People used to say that homegrown acts have no future, but my generation and the ones after are proving that so wrong.

The best thing about living here is how developed we are as a country and we can easily access anything we can possibly think of. We have a huge 24/7 mall called Mustafa, which is a one-stop shop for literally everything and food places that are always open-which is surprisingly hard to find abroad. It is also safe because of our good-standing with the rest of the world.
As I mentioned previously, education here is something everyone is pressured to excel in at a young age. Kids are sent for tuition and remedial lessons as young as 6, to prepare them for primary school at 7. A lot of fun is taken out of their childhood and most of their time after school is spent on making sure they do well for their exams. Art is not as important as other subjects in school and as such, creative talents often get suppressed. Thankfully, art clubs exist and schools are beginning to offer art & music courses to students who are interested and are even implementing it into the curriculum to encourage growth. Another crazy thing about Singapore is how expensive it is. Just to get a car, you need to first purchase a COE- a piece of paper you have to bid for before you are legally allowed to own a vehicle that can cost up to 40,000 SGD.

Struggle- It’s not easy to make ends meet as a full-time creative with bills to pay in an expensive city like ours.
Determination- Because of how tough and small the industry is, it can get competitive at times. You have to want it enough to fight it out and hustle your way around getting gigs.
Community- We have a community if you’re open to it and though there is competition, like there is everywhere else, it’s healthy competition with fellow creatives who are there to help you out if you ever need anything. Some of my closest friends are people I’ve met through the industry and I couldn’t be more thankful for that.

Yes! I am so very fortunate to be surrounded by supportive parents and friends who have my back and truly believe in me and what I do. They are also honest, which I appreciate a lot. It’s not to say that they don’t express concerns for my future at times, but they never fail to show me their love and support.

I would really love to travel the world and do more shows abroad. At this moment, I’m focusing on giving back to causes that I care deeply about and would love to see how much I can do that with music as well.

I would really love to travel the world and do more shows abroad. At this moment, I’m focusing on giving back to causes that I care deeply about and would love to see how much I can do that with music as well.

Man. This one’s really tough. There are a lot of people I look up and would absolutely love to make music with. Because I just watched him in concert, John Mayer. He writes beautifully and working on a song with him would be an absolute honour and I think it would be fun!

Strong-willed, with unwavering spirits and are amazing at what they do.

I didn’t really have any particular one local female creative I favourited growing up because I don’t think I was exposed to any of them. I knew of some female local singers, but none that I looked up to. Most of them are based in the US and I think it’s just because it’s what I was exposed to.

No, I really don’t think so. I feel like challenges will always be faced and it ultimately boils down to your personality and how you deal with things. This might also be because I’ve never faced any gender prejudice- something I’m really thankful for as well!

Do it! Don’t let the fear of possible outcomes that you make up in your head scare you.

Do it! Don’t let the fear of possible outcomes that you make up in your head scare you. You’ll never know till you try, and I always think it’s better to know you tried your best at something rather than to dream about it for the rest of your life. Surround yourself with people who you trust and will be honest with you. Take in what they have to say, process it and take whatever can help improve and constantly work towards refining it! You can never go wrong with a strong support system. Find people who are fellow creatives, share your work and broaden your perspective on things by exposing yourself to others’. It’s so amazing when creatives come together with no agenda other than to share with, inspire and hold each other up.