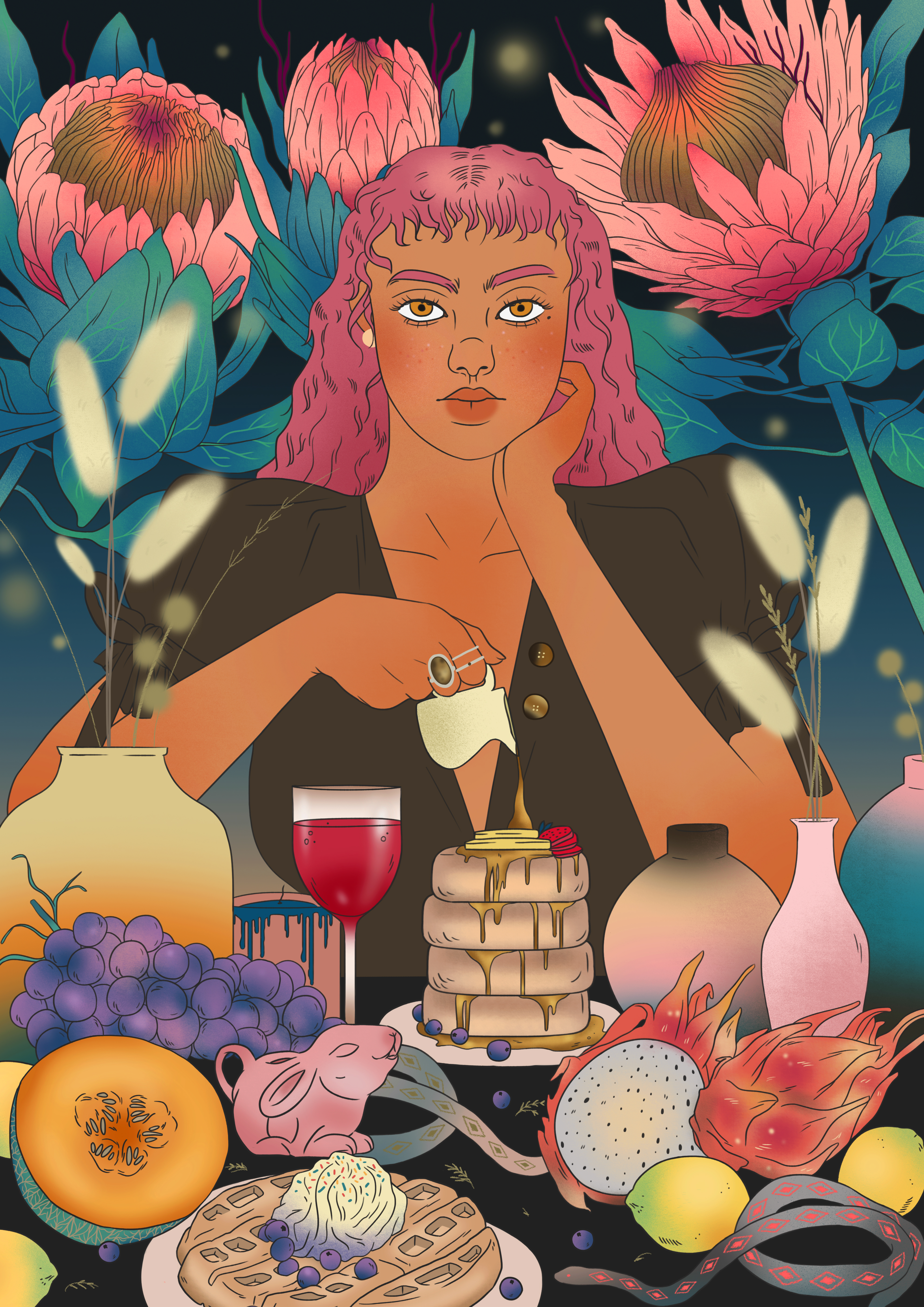 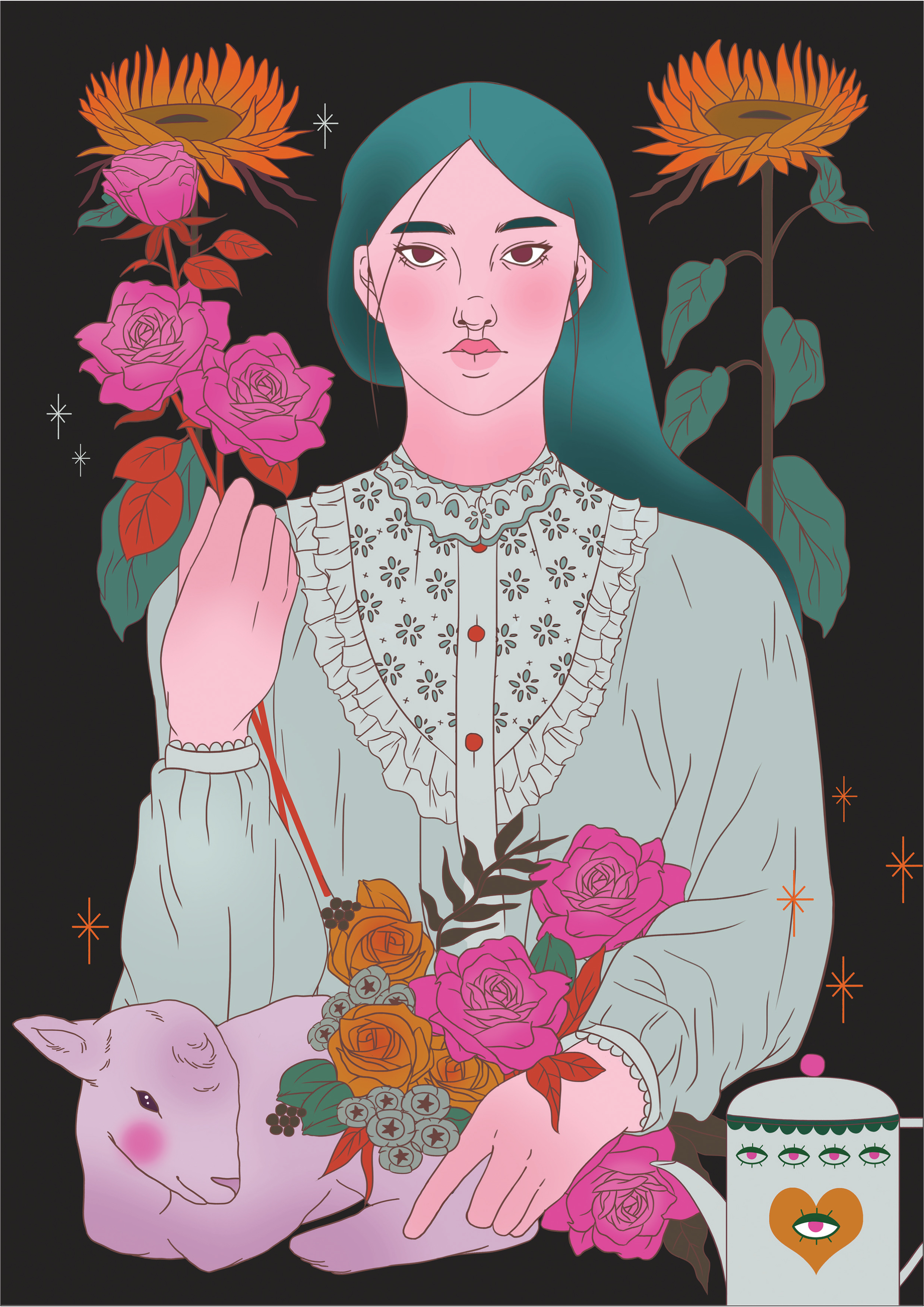 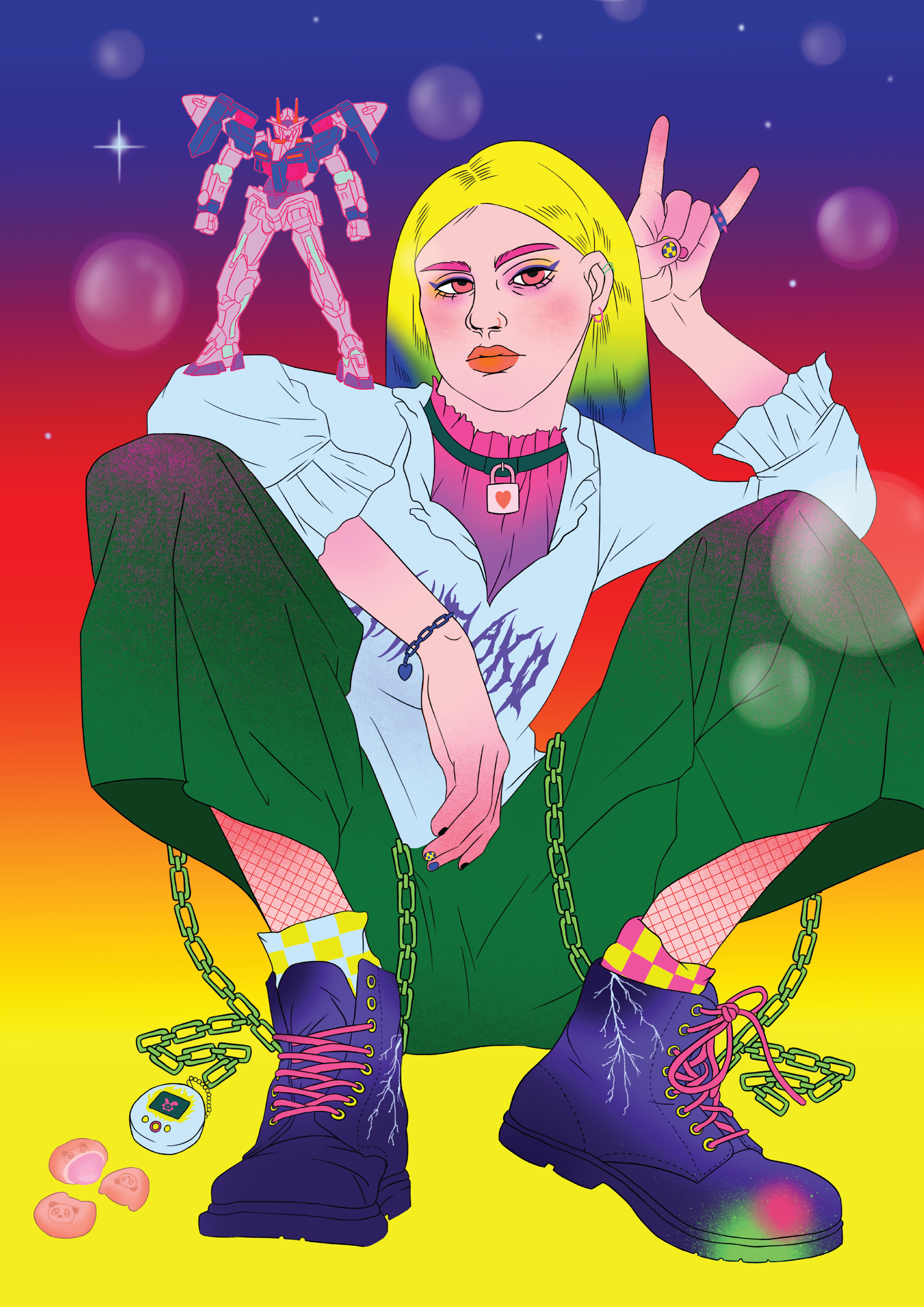 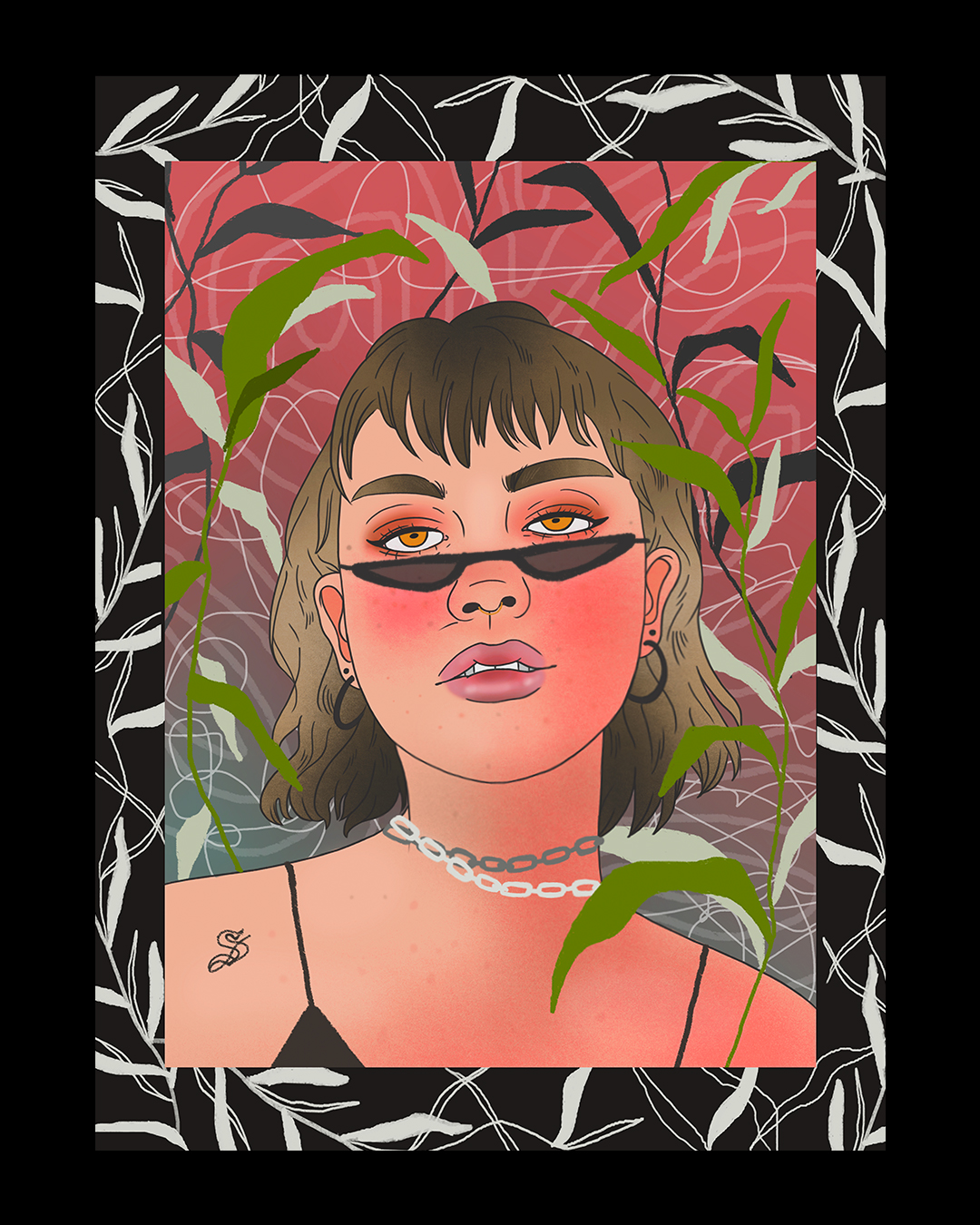 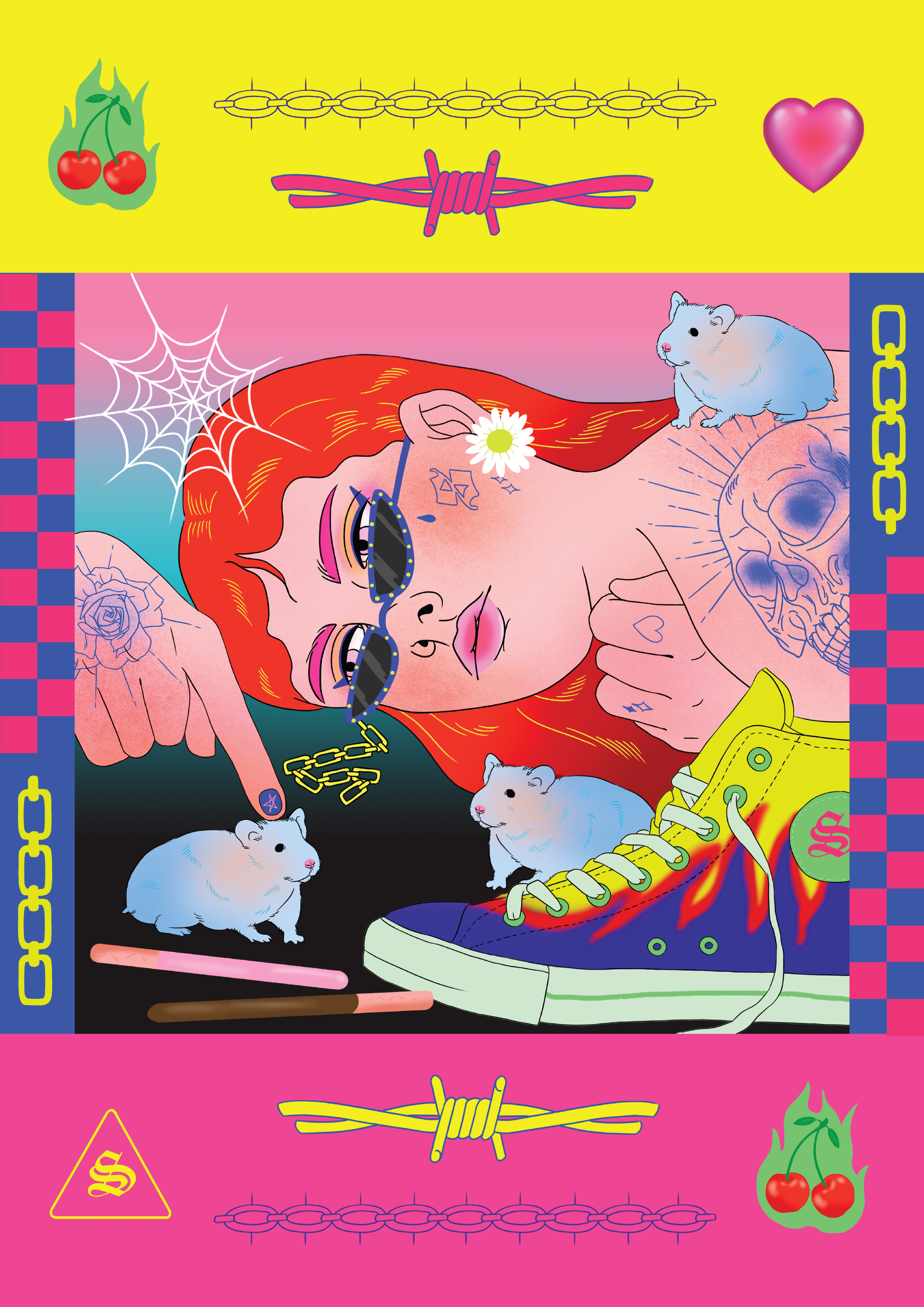 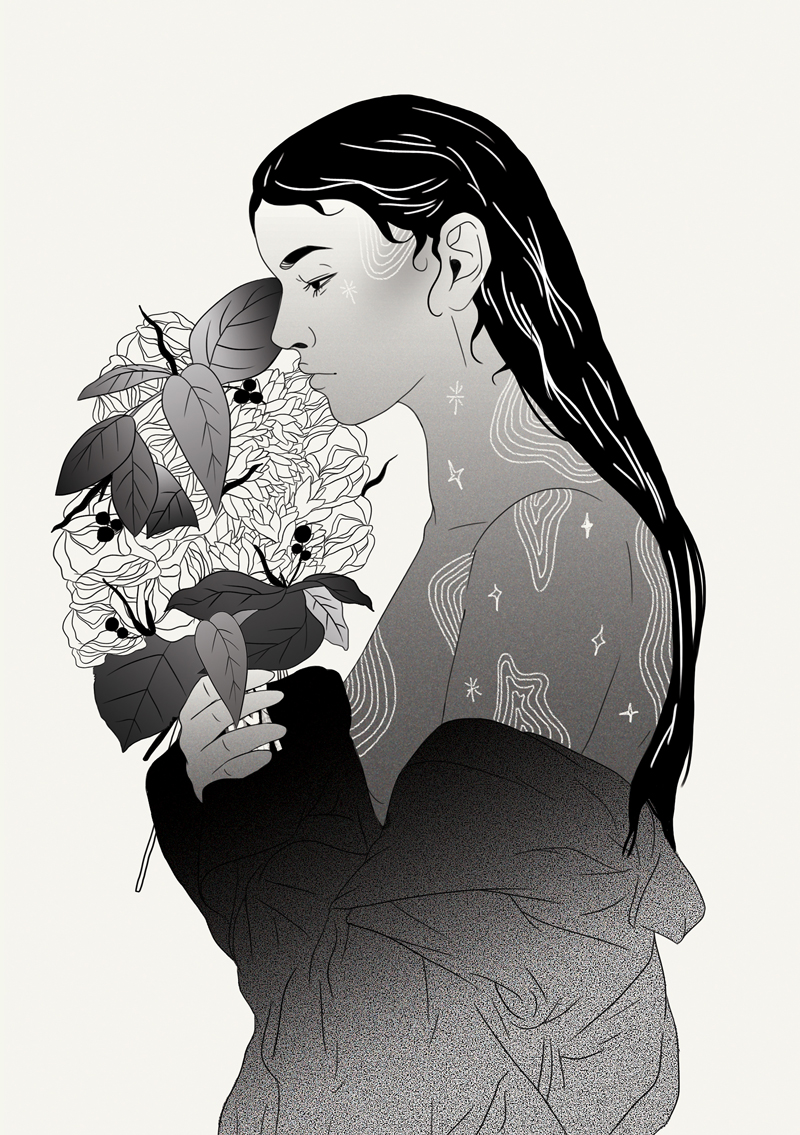 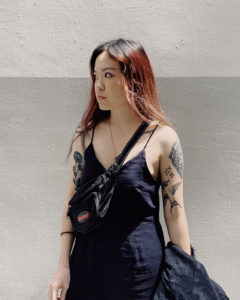 I’m a graphic designer and illustrator based in Singapore. I currently work full time as a designer for an alternative e-commerce jewelry store as well as freelancing for a few other smaller brands on the side. To keep in line with my own creative vision, I work on creating pieces on SAWDAKO–a personal channel/brand in which I use to showcase my creative experiments and portfolio. My illustrations typically revolve around the semi-narratives stemming from a mishmash of ideas and visuals constantly brewing in my head.

Well to start off, Singapore’s a tiny country located in Southeast Asia, booming with creativity, talent and the best foods in the world. It prides itself in being a Garden City, adorned with lush greenery at every corner. Growing up here, I think I have no doubt taken the city’s beauty and safety for granted. It’s also very clean, with the strict enforcing of no-littering rules and bins parked on streets at every 5 mins walk apart. I have always loved and treasured the multi-cultural diversity of this country; how people of different races and upbringing co-exist harmoniously. It’s also always summertime here in Singapore, which I find to appreciate even more after having lived in London for 3 years where the sun prefers to stay hidden on most days.

I have always loved and treasured the multi-cultural diversity of this country; how people of different races and upbringing co-exist harmoniously.

Best: The safety and how easily accessible everything is.

Worst: Slower progression in the music/creative/lifestyle scene due to regulations. Recently, a Swedish black metal band Watain got canceled hours before it got scheduled to take place due to its heavy and unorthodox lyrics that could potentially cause ‘security risks’.

I’ve always liked drawing ever since I was young. I remember being obsessed with cartoons and comic books, trying to replicate the characters and the art on a bunch of sketchbooks. I got really into Rock/Metal music when I was in high school and I recall being in total awe of all the album artwork. Derek Riggs still remains as one of my biggest inspirations. It seemed only natural for me to pursue my education in art and design. It felt like the only thing I wanted to do and could do. It was a tough couple of months after graduating from University, trying to figure out what to do with my life. I worked with a bunch of different people, accepted all the freelance gigs that came my way, interned in a handful of studios. It took a few more tries before finally finding the right fit in a company that aligns with my values as a creative as well as an individual.

I could tell that my mom was disappointed that I had forsaken her dreams of me ever becoming a reputable doctor or lawyer; in her eyes, I simply threw the aspect of a “stable future” out the window. My dad on the other hand, the total opposite–he placed utmost trust in my decisions and always went out of his way to display the support that I needed. I’m also very lucky to have a network of friends who always believed in what I do and I realised It’s so important to have that network of love and support in your life no matter what decision we make in our career.

I could tell that my mom was disappointed that I had forsaken her dreams of me ever becoming a reputable doctor or lawyer; in her eyes, I simply threw the aspect of a “stable future” out the window.

I’m planning to get more into animation as well as 3D rendering work. I think both realms are super challenging and exciting. I can see it expanding the boundaries of my perspective and opening up countless possibilities in my work. I’m also thrilled to be in the very early stages of forming a collective with two of my closest friends. I’m hoping that we’ll be able to create dynamic and compelling work together in the time to come.

They’re not so much of a person, but rather a collective–Broken Fingaz Crew. They’re an Israeli street art group who creates these crazy loud, beautiful paintings and murals. They’ve been a constant inspiration to me for the longest time and it would be a dream to be able to paint alongside them one day.

I’m surrounded by brave, beautiful, fearless women who’ve helped shaped the person I am today. They radiate strength and wisdom just by the way they exist. The idea of womanhood is always tricky in society and I’m lucky to witness these individuals breaking out of the narrow mold of how a female should look, act and behave.

The idea of womanhood is always tricky in society and I’m lucky to witness these individuals breaking out of the narrow mold of how a female should look, act and behave.

Sheryo and Inkten. They’re both multidisciplinary artists who have the most amazing style. There’s still this mindset that the graffiti/mural world is mainly male-centric and to see them dominating in that realm is highly inspiring.

I would say that females are presented with opportunities and power just as much as the males in the creative industry. The community has been very active in celebrating female artists with various exhibitions and events over the years (i.e Fearless Females presented by WeWork, Made by Women by Apple, Girls of the Underworld by Kult Gallery etc).

I would say that females are presented with opportunities and power just as much as the males in the creative industry.

Take your time. Take your time to really figure out what you enjoy doing; what makes you want to get out of bed every morning and what gets your blood pumping–find that thing and try so hard to strike a mighty balance to make what you love doing into something to sustain yourself financially too.

It’s so important to stay anchored to your own individual notion of success to keep you going in tougher times. That’s what’s going to fuel you, not money and not fame. Those are great too, but they can come and go like the wind.

Social media is great at conceiving unrealistic, unattainable images of individual success that becomes a catalyst for unhealthy comparisons and accumulating pressure for fresh graduates (or anyone in fact) to be ‘successful’ within a certain period of time. So, take your time to figure it out, to figure life out. No one actually has their sh*t together as they appear to.