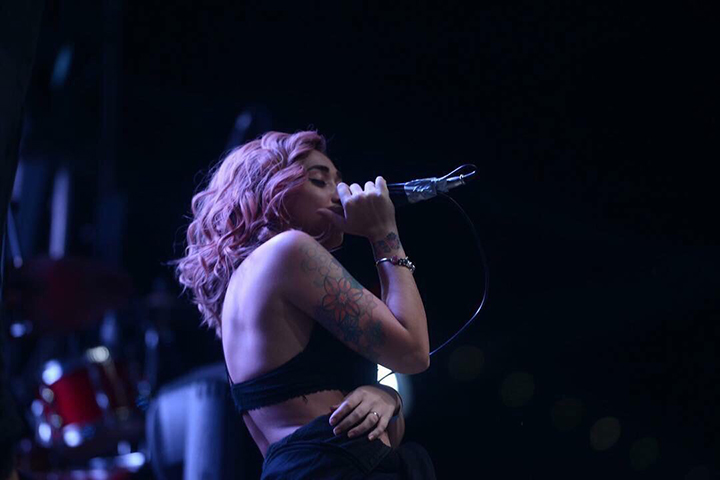 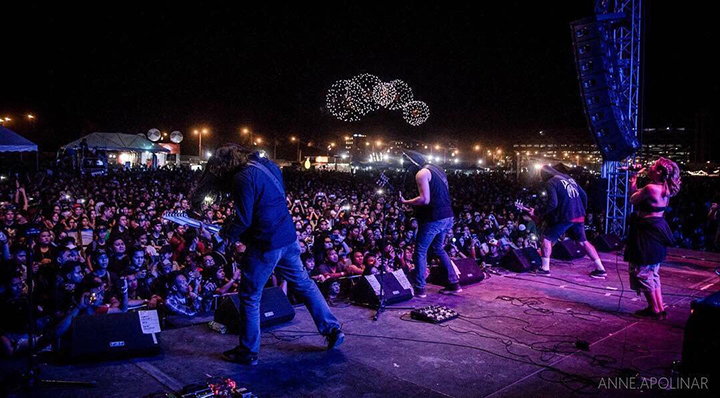 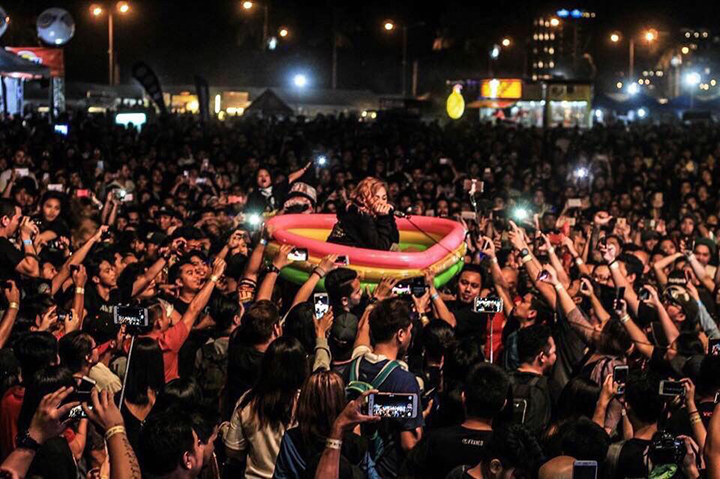 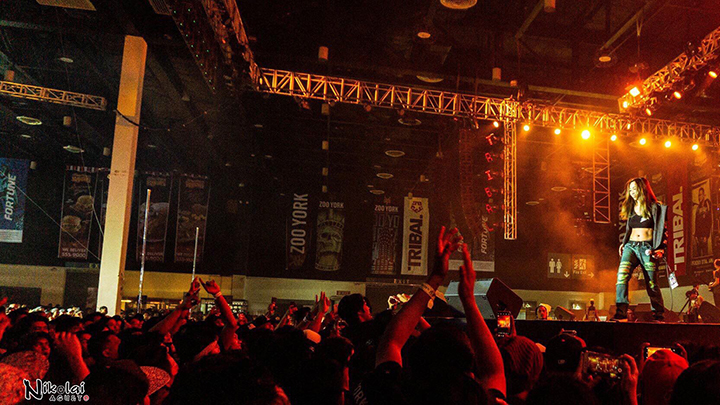 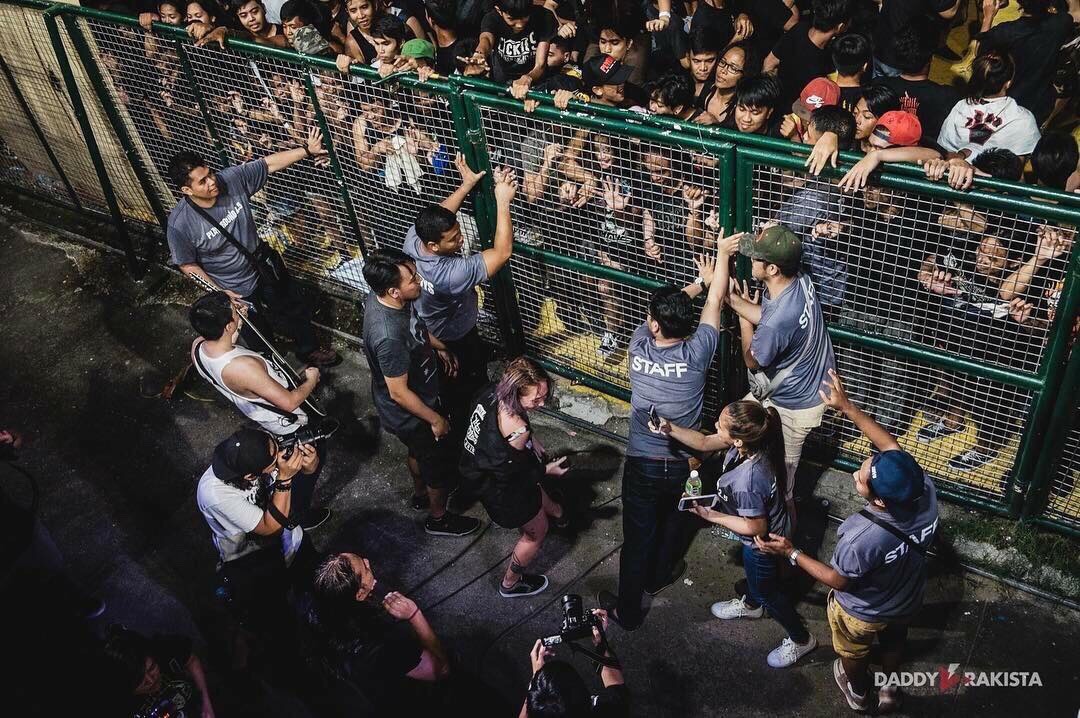 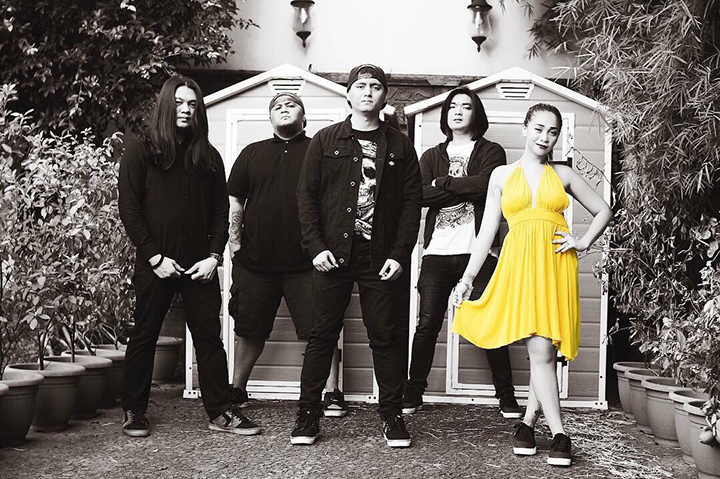 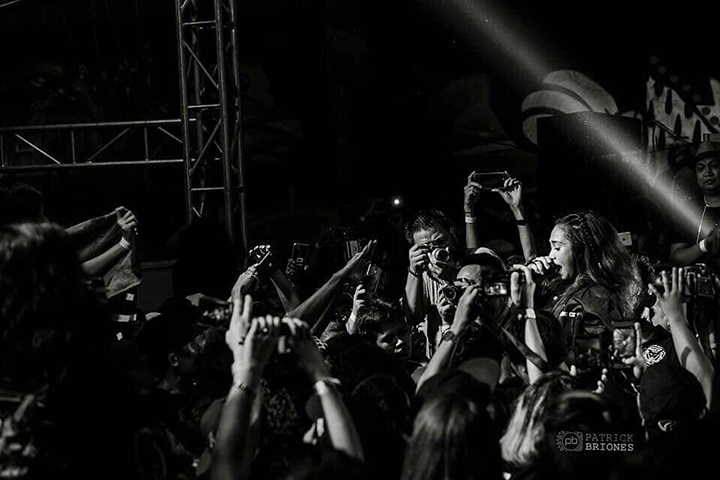 I’m Kat Taylor, I sing for a metal band from the Philippines called SAYDIE. We started in 2003 and we’re one of the first female-fronted metal bands in the Philippines. Even after so many years we still have the most dedicated fans that know how to bring in the best mosh pits! I’m also married, my husband is an athlete and we have 2 handsome boys.

I live in Makati City, Philippines. I love living out here because even if it is a really busy city, it’s also very chill. We have the best restaurants, the malls have a zen vibe to them, it has beautiful parks for kids and the best party spots in the country. Everything is so close to home. I can’t complain!

We started in 2003 and we’re one of the first female-fronted metal bands in the Philippines. Even after so many years we still have the most dedicated fans that know how to bring in the best mosh pits!

I would say it’s a different kind of paradise in the sense that it is laid back but definitely a party city.

It started early and accidentally! We were kids when Saydie was formed. I didn’t think it would get as serious as it eventually did. As time went on, our skillset progressed and I have gained many brothers (current and former bandmates, and a handful of session players). I’m happy with where we are now but the learning and improvement never stops.

I’m happy with where we are now but the learning and improvement never stops.

My mom was deaf, but she was very supportive of my career as a musician. She really loved seeing mosh pits during our sets, At first, she got scared and told me to get off stage when people started moshing, but when she learned that it meant people were digging the music she would look forward to seeing a mosh pit. Even if she couldn’t hear the music, the mosh pit told her we sounded awesome. Sadly, she passed away right after our first album release. After that, I ended up staying in Los Angeles for a while, though I would come home for a couple of months to play then go back to LA. After about 5 years I decided to move back.
People that are close to me are supportive of me being an artist, but I choose to treat Saydie as my passion and outlet rather than a job. My brother and I own a telecommunications company that provides real-time captioning services for the hearing impaired studying on campuses in the US and our company has been around for 10 years. This means I am quite busy, though I love that our business gives me the freedom to write and perform music as a passion without compromising, and not something that has to be done a certain way to pay the bills. That’s just me though – I have many friends that are full-time musicians and hats off to them! <3

I’d like to play in other countries we’ve never played in before and release more albums. We are coming out with our 3rd studio album next year so I am hoping people dig it as much as the first two!

I’d like to play in other countries we’ve never played in before and release more albums.

I am surrounded by strong and accomplished beautiful women.

I am surrounded by strong and accomplished beautiful women.

None, because when I was a kid our local metal scene was male-dominated and it made me want to be their female counterpart.
Now, there are many female-fronted metal bands in the Philippines and I am thankful to live in this era where women are not only stepping up but raising the bar as well.

Nothing really. In our industry and scene, being female is an advantage.

Don’t be afraid of your flaws – find them, work on them, and cast them out.

Practice often and always record yourself. Don’t be afraid of your flaws – find them, work on them, and cast them out. Finally, be original! To be a creative, one has to be really creative. <3