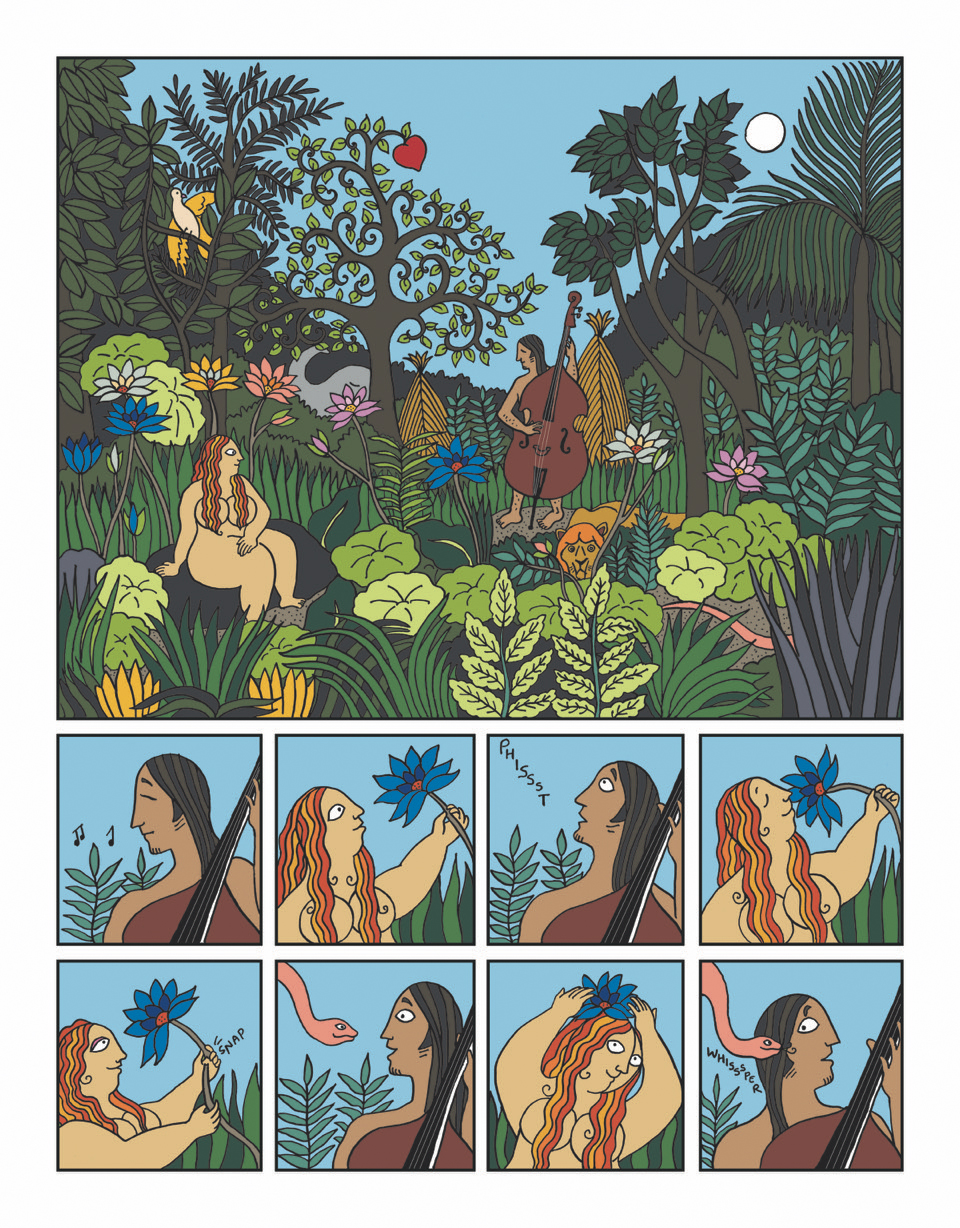 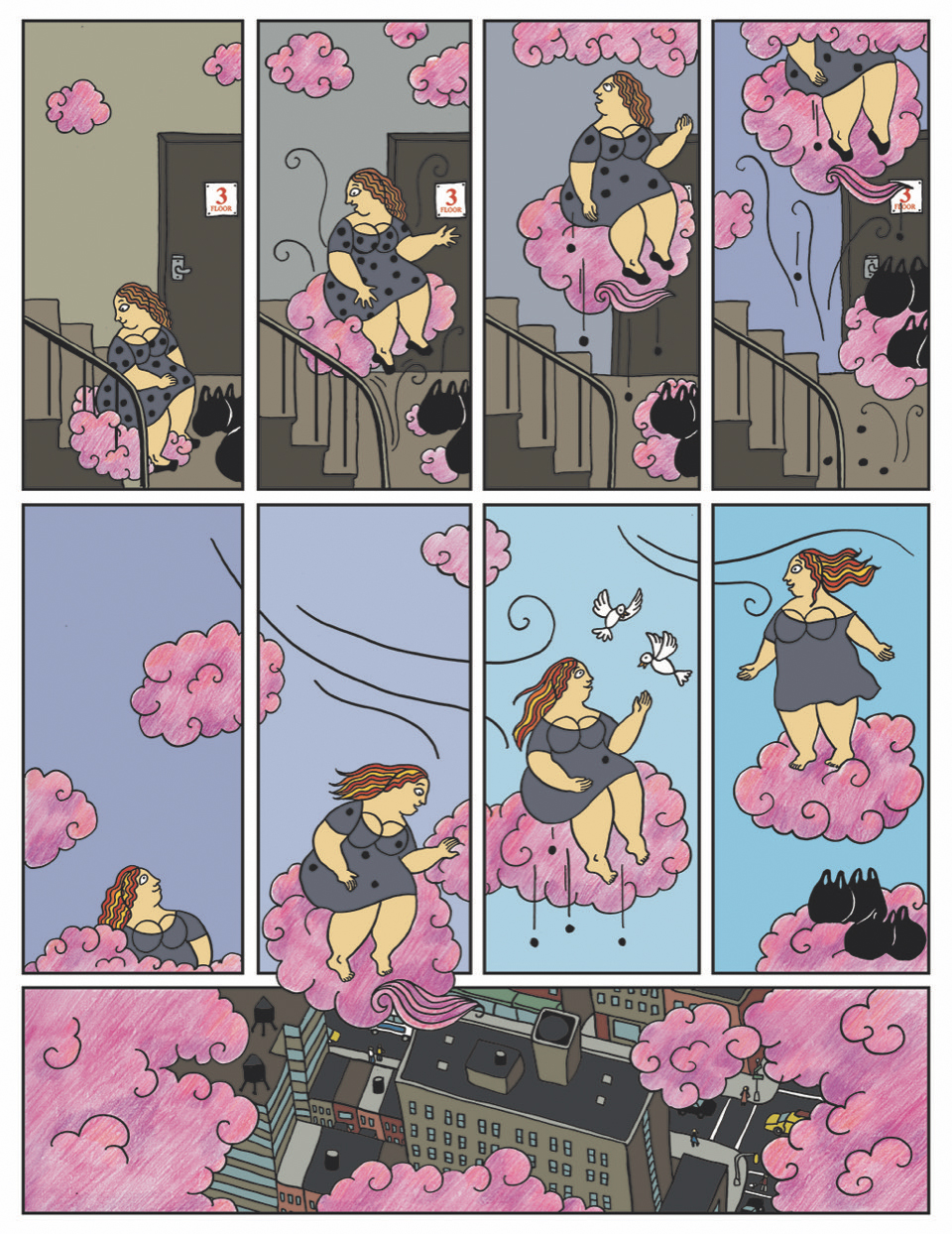 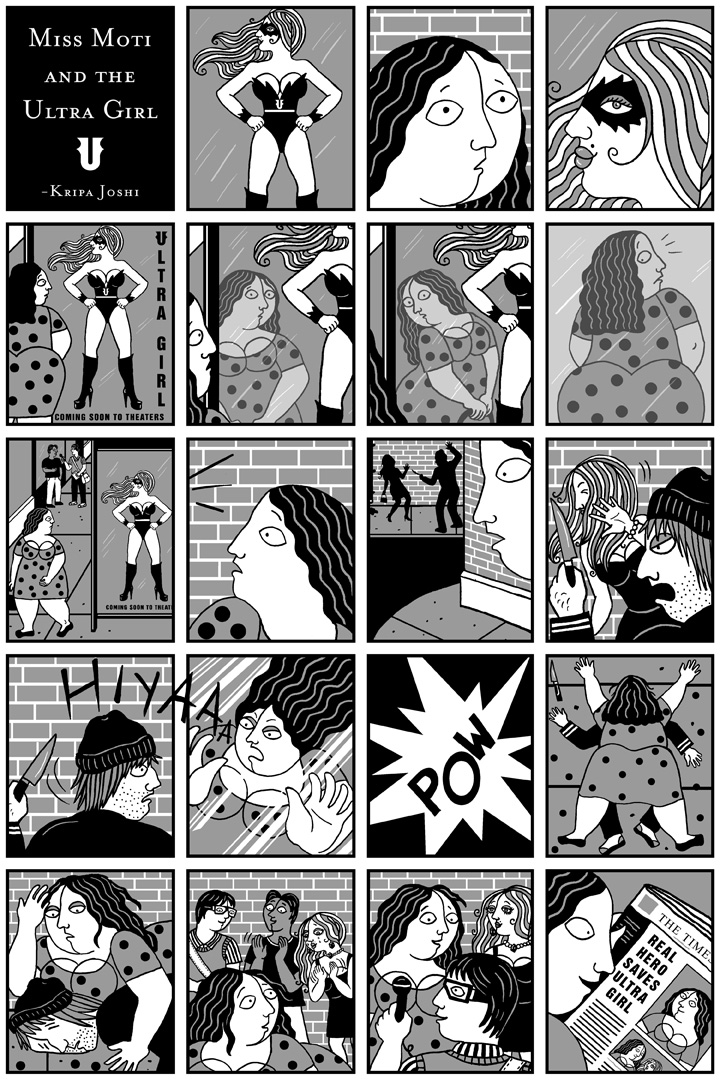 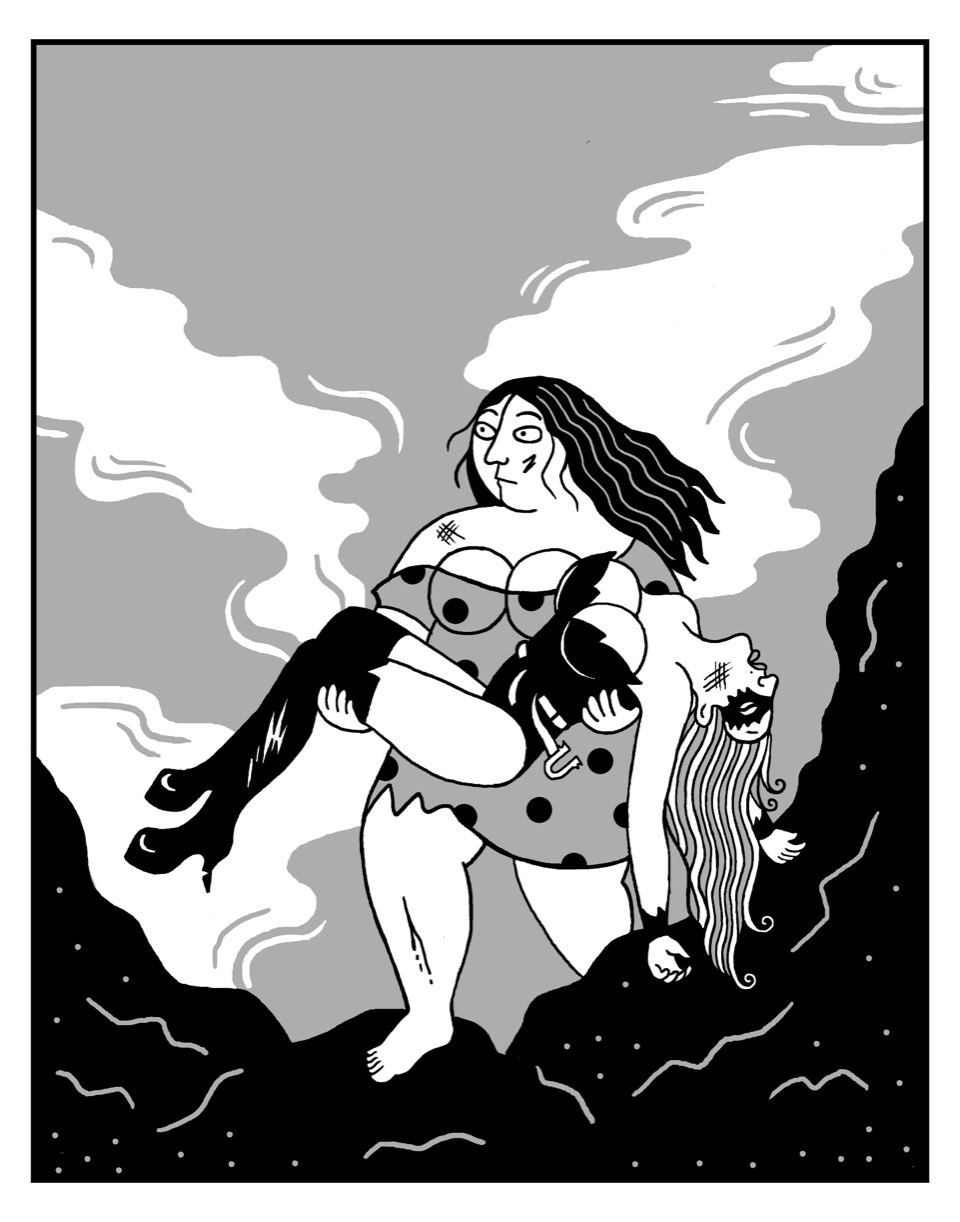 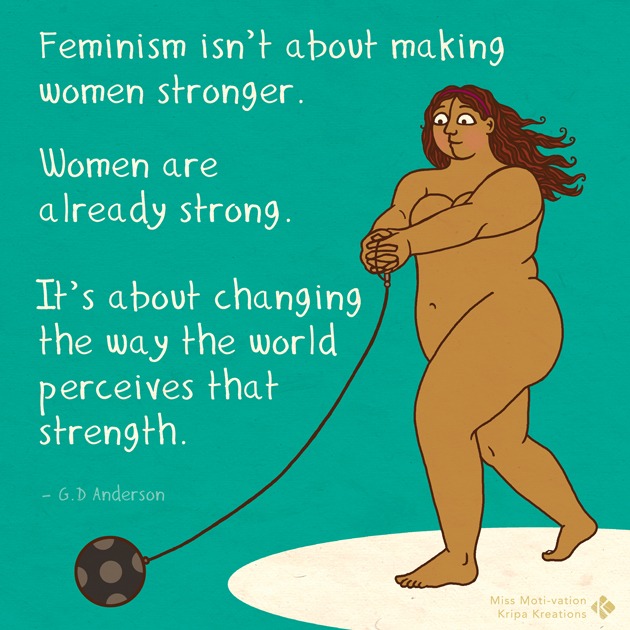 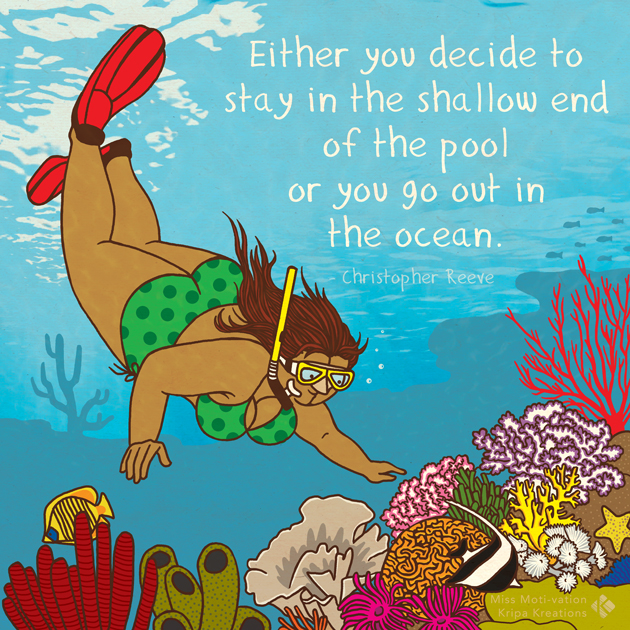 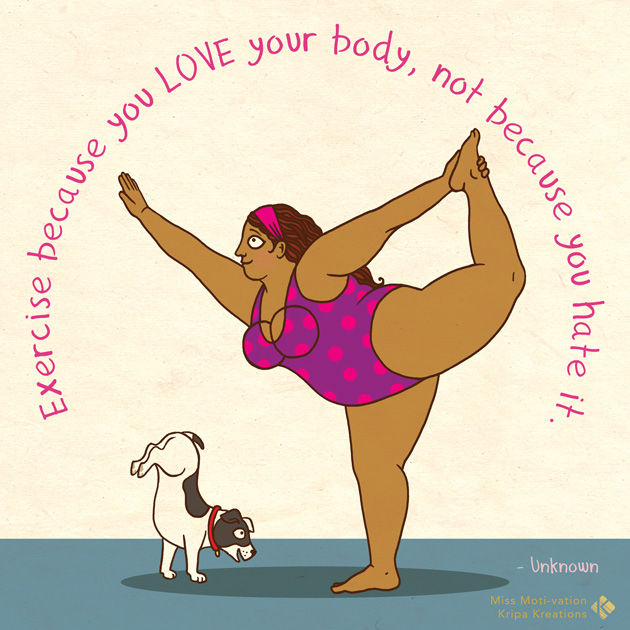 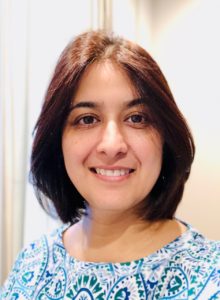 I am an illustrator and comic artist. I was born in Nepal and did my BFA in painting from Maharaja Sayajirao University of Baroda, India. Then I got a Fulbright Scholarship to pursue an MFA in Illustration from the School of Visual Arts in New York City. There I developed the character of Miss Moti, a plump brown character who has a fertile imagination. Initially, I created wordless comics. Then I suffered from Postnatal Depression following the birth of my daughter. So in order to motivate myself, I started the Miss Moti-vation series where I illustrated a motivational quote with Miss Moti every week. After two years I took a break for the birth of my second daughter. I am slowly getting back to work again, though time is scarce with two kids!

I have lived in various cities over the years. The first 16 years were spent in Kathmandu, Nepal. It is a historical city full of temples. This was a special time, surrounded by family and cousins. I lived with my parents, grandparents and great-grandmother, the matriarch of the family. She is currently 104 years old! Family is one of the things I miss the most living abroad. You do not have the support system, especially when it comes to taking care of children.
After finishing my 10th grade I went to study in India, first in Jaipur and then for BFA in Baroda where I met my future husband. It was great being in art school. In the hostel, there were 4 girls to a room. In the summers it used to get so hot and we had only one ceiling fan so we used to empty buckets of water on the floor to cool ourselves!
When I went to do my MFA in New York, it was an amazing experience. I loved the city and all its art and cultural avenues. I loved the lights, the buildings, the views, the river. I lived at International House and loved meeting people from all over the world. Some areas of the city were dirty, and once my friend got mugged for her phone, but most of my experiences there were good. Halfway through my degree I got married and my husband joined me there. Those were some of our most fun and carefree time.
When we initially moved to the UK, we lived in Kingston upon Thames. The apartment was right in the town centre and next to the river. It was a bustling and lively place with shops and street stalls. It was lovely being next to the river and watching the swans floating past.
Currently, I live in Camberley. It is a small town in Surrey. Sometimes I miss the art and culture of the big city. But with two small children it suits us to be in a green leafy town where everything is within easy distance.

I suffered from Postnatal Depression following the birth of my daughter. So in order to motivate myself, I started the Miss Moti-vation series where I illustrated a motivational quote with Miss Moti every week.

The best thing is that it is green and everything is within easy distance.
The worst thing is that most of the art and cultural event happen in London. Though it is not that far, it is an expensive train journey. Also, with the kids, my time is very constrained so I am unable to attend a lot of events and exhibitions. I really miss being a part of the art scene.

My parents thought I had talent in art and arranged for art classes when I was young. After I finished school I won the Indian Council for Cultural Relations scholarship to study painting in Baroda, India. When I returned to Nepal I taught art in schools and started illustrating books. Then I received the Fulbright scholarship to pursue an MFA in illustration at the School of Visual Arts in New York. That was where I first got to know about the history of comics and discover the exciting genre of Graphic Novels. I had always struggled with my weight and so I wanted to create a body-positive fat character and Miss Moti was born.

I had always struggled with my weight and so I wanted to create a body-positive fat character and Miss Moti was born.

Generally, the people in Nepal, like the rest of South Asia, tend to push their children to become either doctors or engineers. Thankfully, my parents and family have always been supportive and encouraging of my creative pursuits. In fact, my mother, with her energy and positive attitude, is the inspiration for my character Miss Moti.

I would like to publish my Miss Moti and Miss Motivation books. I want to start a series on motherhood, inspired by the going-ons of my two children! I would also like to create a book about my great-grandmother who has an unbelievable life story. She was widowed at the age of sixteen with an 8-month-old son. But with hard work and strength of character, she ensured that her son and daughter-in-law were educated and laid the foundation on which our family prospered.

I would love to collaborate with Oprah Winfrey! I feel my character Miss Moti and the upliftment aspect of Miss Motivation resonates with a lot of the values that Oprah stands for. It would be great to create something on body positivity or women rights.

I would say the women around me, especially my mother and sister, are my support system. They give me advice and encouragement. After having children I have relied on other mothers to share experiences and vent frustrations with! Some of us creative mothers have created a group where we share ideas on motherhood.

I would say the women around me, especially my mother and sister, are my support system.

When I was growing up there weren’t that many female creatives I could look up to. But I was inspired by my aunt’s friend called Shashi Kala Tiwari. Her beautiful and dreamy paintings hung in my Aunt’s home and I loved looking at them. I ended up going to study at the same university as she did in Baroda, India.

They used to say that the comic scene is mostly male and white but I don’t think that is true anymore. I think there are a lot more diverse stories and voices being represented in comics and illustrations. The only challenging aspect of being a woman in the creative field for me is juggling childcare and creative work. Time is scarce and the mind can be too muddled and sleep-deprived to be creative. I usually end up working during naps and after bedtime. But this dilemma and juggling act is probably true for a lot of women in different professions.

I think it is important to have a support network to share ideas.