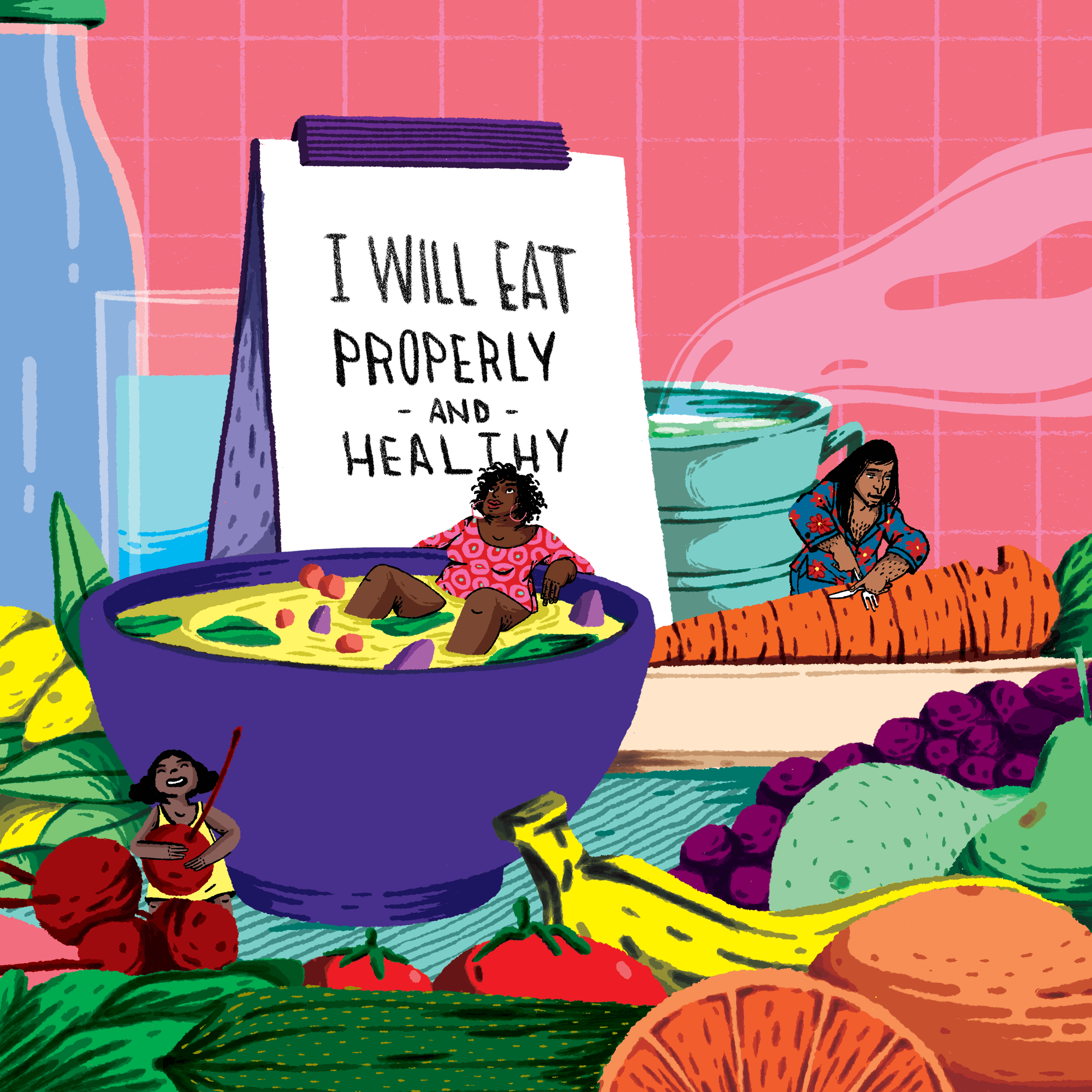 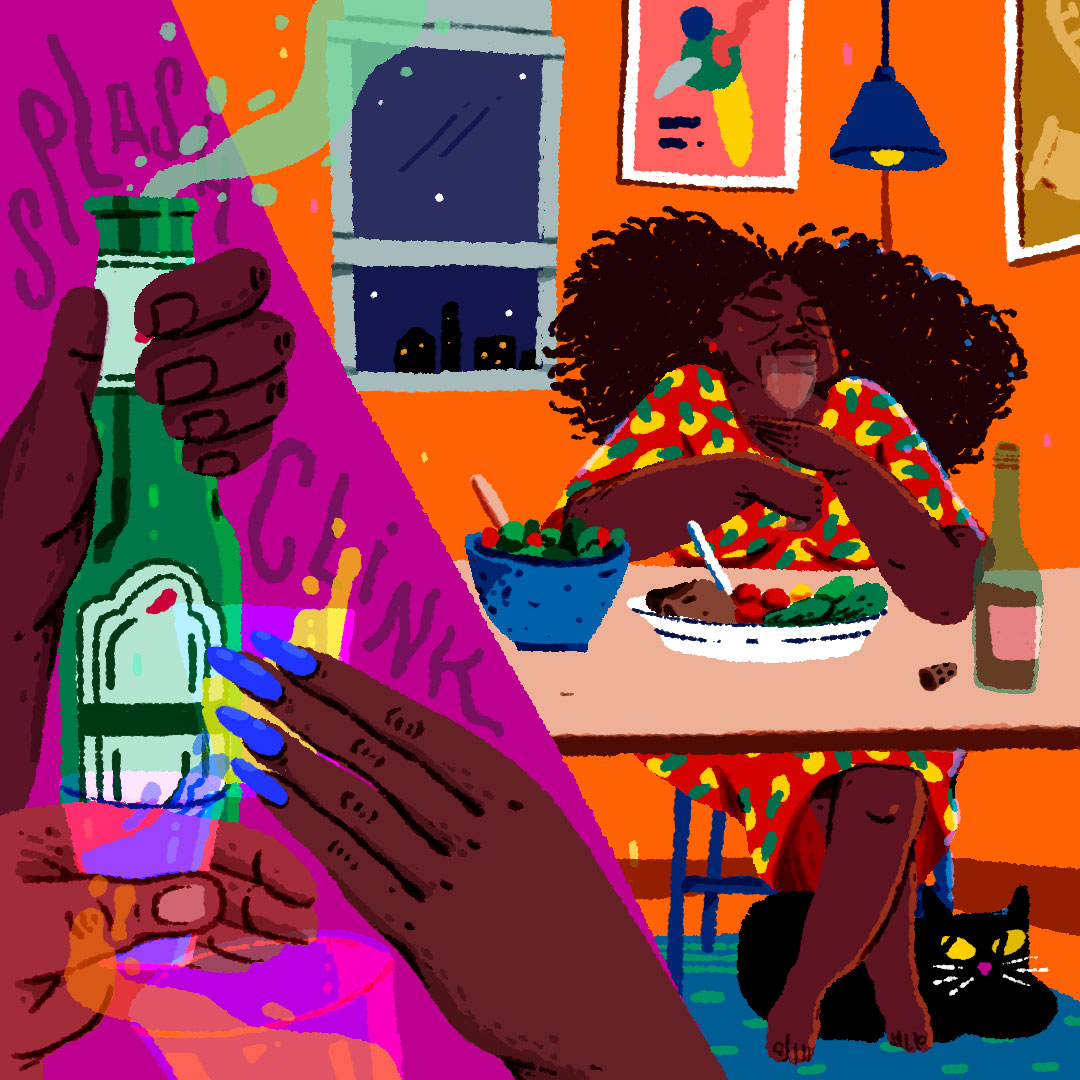 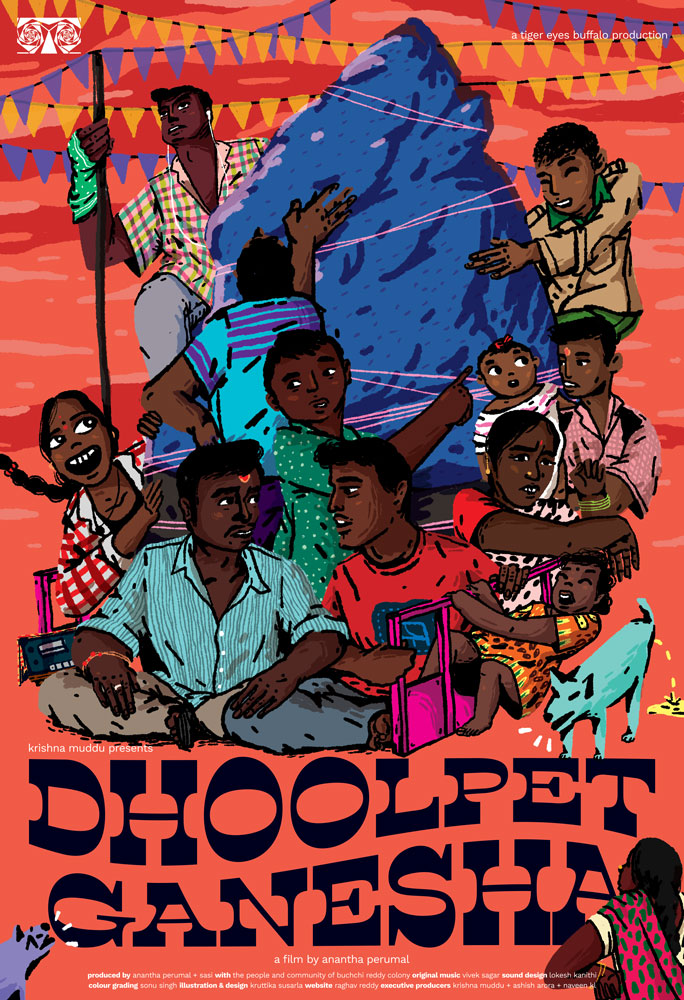 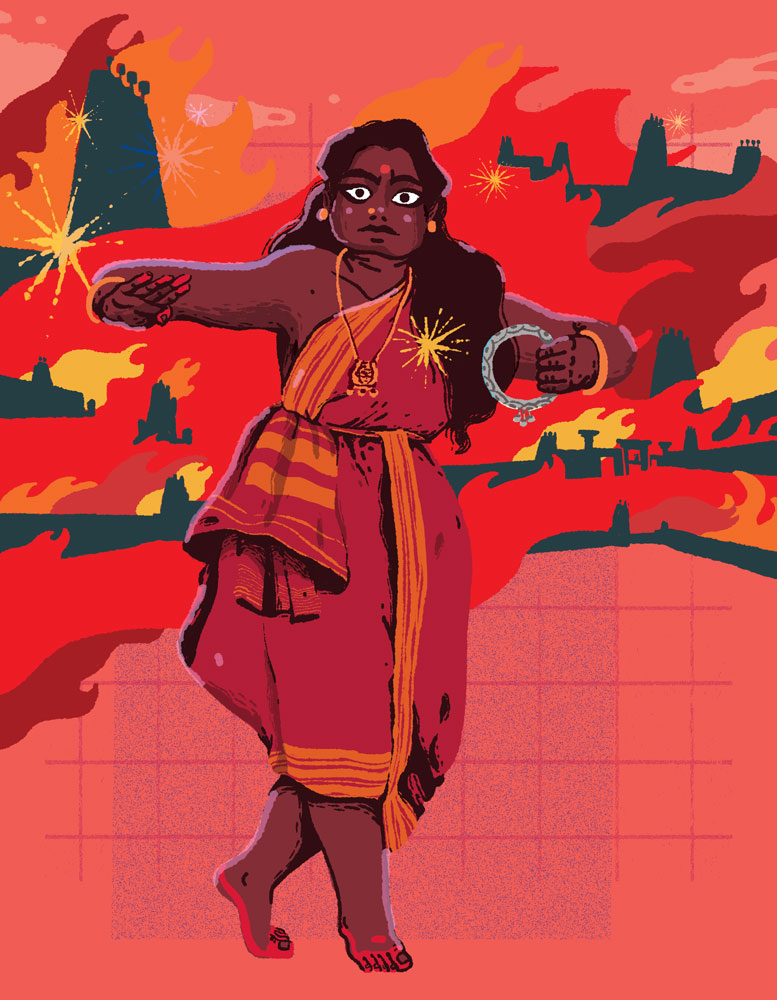 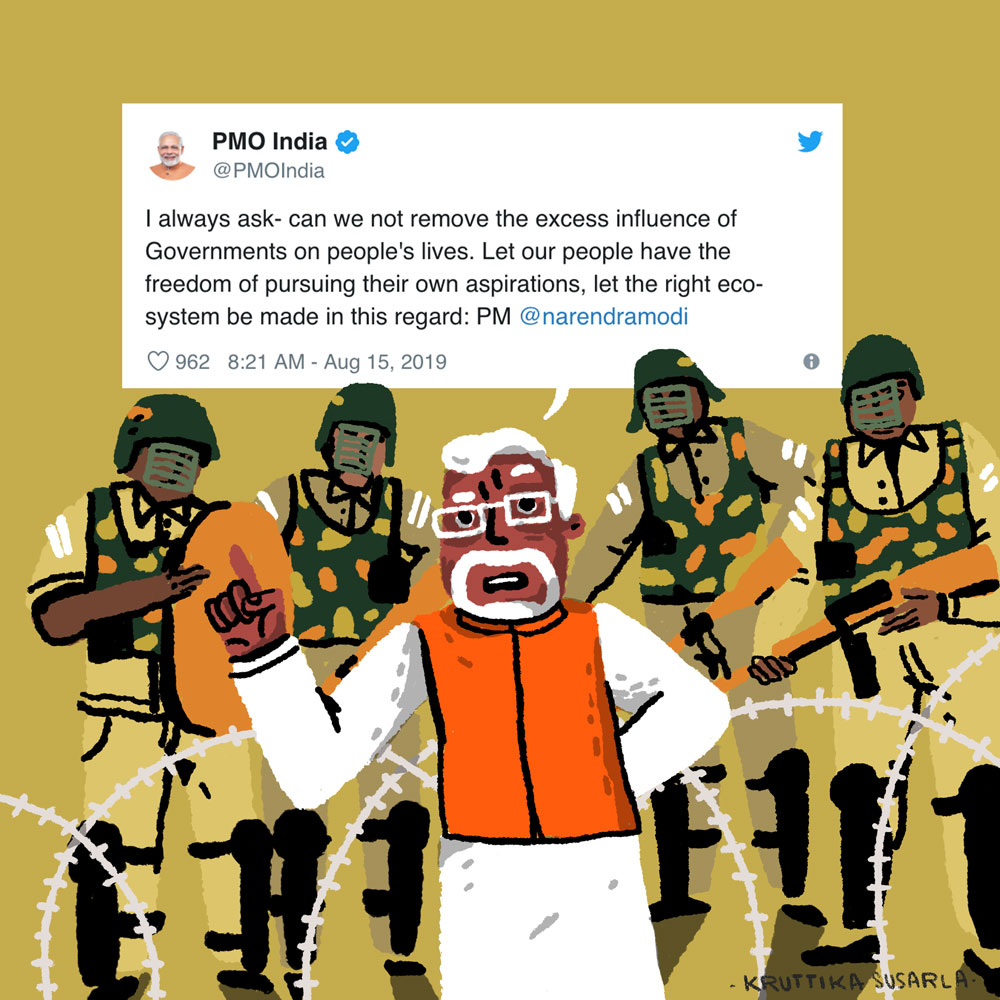 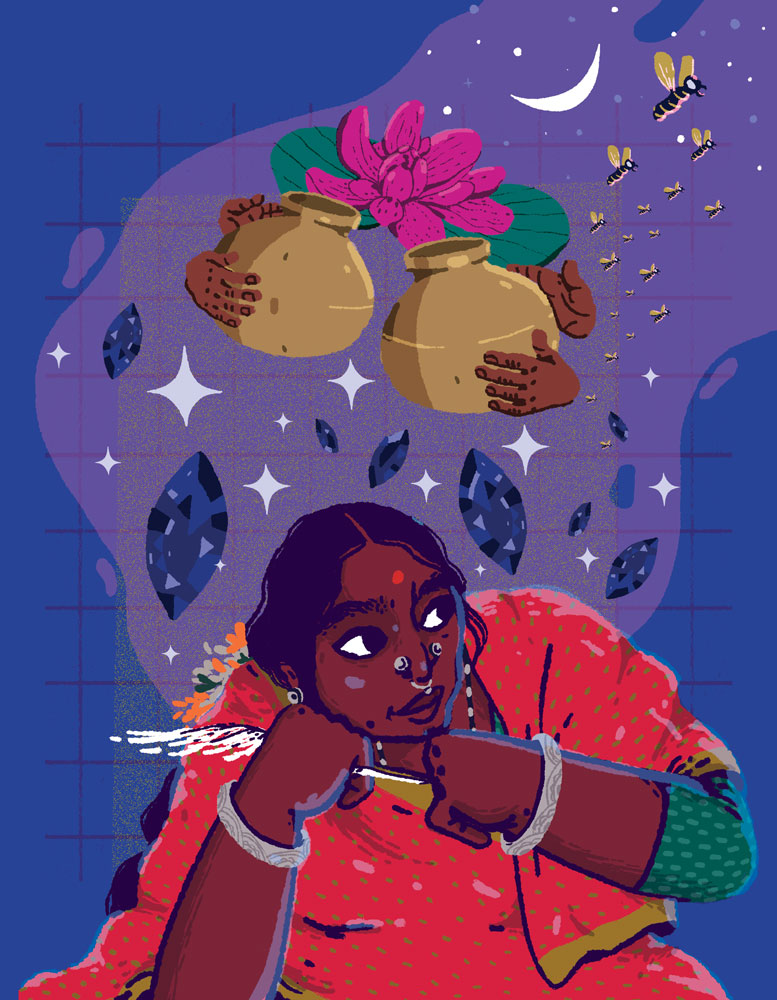 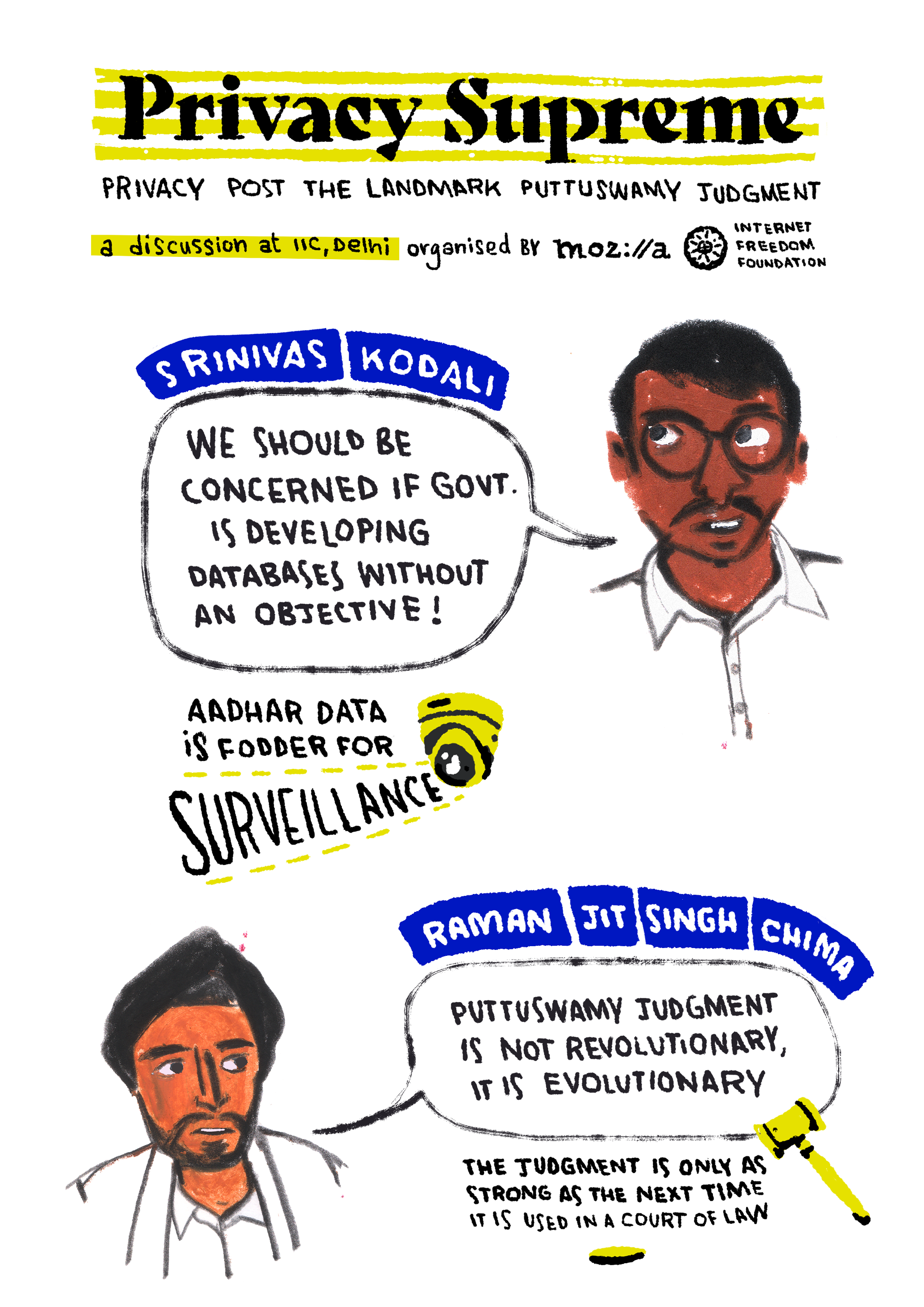 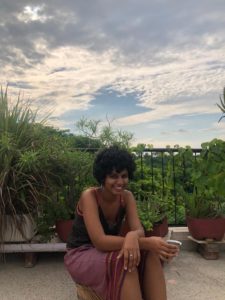 I’m a visual designer and comic maker based out of New Delhi. Through my work, I seek to understand various power dynamics that exist in our society through a lens of gender, politics, and culture. I do this in the form of non-fiction comics and zines, through my personal work and through collaborations with grassroots organisations and advocacy groups on campaigns.

I’ve been in Delhi for the last six years and it’s the longest I’ve lived anywhere. The city is constantly buzzing with activity—lots of interesting people doing amazing work, lots of art events, theatre, food festivals; all very accessible. The history of Delhi as the political capital and its various cultural influences in the architecture, food, clothing, and art is alive and thriving in its monuments, ruins, and streets interspersed within the urban space of the city. What I love the most about Delhi is that, while being a very busy and populated place, there is still room to find your own space —go to your favourite Vietnamese joint and down some iced coffees in the scorching heat or just enjoy a moment of quiet. I’ve moved a lot of cities growing up and I haven’t really felt this anywhere else.

Through my work, I seek to understand various power dynamics that exist in our society through a lens of gender, politics, and culture.

Best thing: The variety of street food and my friends!
Worst thing: Pollution

I started freelancing right after my first internship in design school. After graduating in 2013, I worked with four different studios while continuing to freelance on the side. At some point, the freelance work became consistent and I felt like it was a good time to find my own voice. So since Feb 2018, I’ve been working independently on commissioned projects and alongside, I’ve been trying to build a body of personal work.

At some point, the freelance work became consistent and I felt like it was a good time to find my own voice.

Fortunately, yes! My parents have always been supportive of my decision to go to design school and later move to Delhi to work. I’ve also had the opportunity to work with some really great people.

I’m currently focussing on creating a body of long format comics work. One of the challenges I face is the medium through which I share this work. Instagram is designed to show you the content that you already align with ideologically. This leaves little room for discussion, debate, and learning. I’ve observed that, in my comics, if I was critiquing an abstract entity like a ‘policy’, there’s little to zero engagement on them. On the other extreme, putting a ‘face’ to this and holding a political leader accountable invites trolls.

Then, there is language. Because I mostly make comics in English, it reaches a very urban, moderate-liberal identifying population and doesn’t have a life outside of social media. Recently, I’ve been trying to translate some of these comics into regional Indian languages and figure out means to put this work outside of Instagram.

Too many people to name! There are lots of musicians, filmmakers and people working in law and public policy that I want to collaborate but since you asked for one name—I recently watched this Telugu movie called Care of Kancharapalem which is a sociopolitical commentary on love that transcends gender, caste and social politics. I’d definitely love to collaborate with the team that worked on the film!

I’ve been lucky to be surrounded by women who’re multi-faceted, complex, brave and level-headed in the form of my mother, grandmother, friends, teachers and other women I’ve met online.

I’ve been lucky to be surrounded by women who’re multi-faceted, complex, brave and level-headed in the form of my mother, grandmother, friends, teachers and other women I’ve met online.

Growing up, even the idea of being in the creative field was not the norm, culturally. I’d have to say that there were very creatives/artists we heard of, and women were definitely not in the list. Maybe, this has to do with how we document and who documents the arts.

I’m not sure if this is specific to my field but because the creative industry is so small, sometimes things can feel like they’re being run by a ‘boys club’ but working independently and building friendships and networks with other women have definitely helped me overcome these challenges.

I read this somewhere on the internet, but it was the best piece of advice I read/received in a long time: (paraphrasing): “don’t take criticism from someone you wouldn’t take advice from” and I wish I saw this sooner.

I read this somewhere on the internet, but it was the best piece of advice I read/received in a long time: (paraphrasing): “don’t take criticism from someone you wouldn’t take advice from” and I wish I saw this sooner. As a young, anxious and self-conscious creative, it can be hard to navigate finding your own voice and sometimes harsh words that don’t nurture or help you grow can be tough.