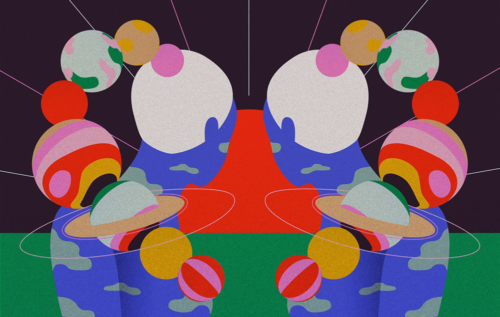 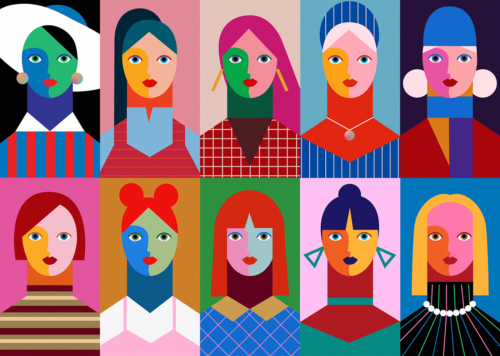 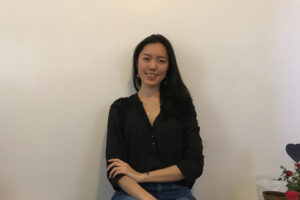 Hi, I am a visual designer from Seoul, Korea. I create moving graphics united in colorful, bold, and simplified shapes. I have been working on commercial projects with Samsung, Nivea, and Cadillac, as well as personal projects.

Seoul is a big city with around 10 million population. Since there are many people living here, it brings a lot of events from small to big. There is no way to get bored if I am willing to expand my border.

Seoul is a city that’s changing at a very fast pace. What used to be familiar 10 years ago is sometimes not existing anymore. People living here are very trendy and good at catching what is popular at the moment. The best thing is that it brings a lot of variety and freshness. But sometimes that freshness gets worn out too fast because people get tired from seeing the same trend everywhere.

Seoul is a city that’s changing at a very fast pace. What used to be familiar 10 years ago is sometimes not existing anymore.

I was considering what to do when I was in the last year of my university. I studied motion graphics but I was more interested somewhere between moving and still images. Around that time, I flew to New York to live for 2 years. I found a company named Electric Objects by chance which shows digital moving images in a frame, and I thought it can be a key to solve my concern between moving and still image. I sent them an email to work together, and I got a chance to do it. I built a woman figure united in simplified shapes and vibrant colors moving in fluidity. That made my identity and started to be recognized by a lot of people.

It is actually easier to convince people that you have a talent in creativity than in other fields since it is obviously visible. Since I was a little kid, I have dreamt to work on this field without any doubt. I used to show my creations to the people around me, and they always supported my dream.

I am really interested in simplicity. I believe that making something simple is much harder than making something complicated. For example, drawing someone’s face to look exactly same can be easy when you are skilled enough, but drawing someone’s face with only a few shapes but still showing its features needs a higher level of skill. I want my work to be as simple as possible but still be full of beauty.

I want my work to be as simple as possible but still be full of beauty.

I want to collaborate with my loved ones. They can make a story and I can draw things from their text. My dream is to make a book with them together.

The women around me are all quite different, they have their own strengths in their distinct way, but it is interestingly difficult to find a common denominator.

Since I get most of my projects via email without seeing them in person, and the projects are mostly from clients worldwide, they don’t always know if I am a man or a woman if they would only base it on my name. My name is pretty exotic for most of the people outside my country. I considered to take a normal English name once, but I didn’t do it because I thought it was interesting to see people who can’t guess my gender. I also thought my original name has a more powerful impression.

I considered to take a normal English name once, but I didn’t do it because I thought it was interesting to see people who can’t guess my gender. I also thought my original name has a more powerful impression.

I am sure everyone can be no.1 with their own distinctive identities. We are all different and that makes things beautiful. If people believe in their own features which describes their work and see the beauty in what they create, then people will recognize it also.