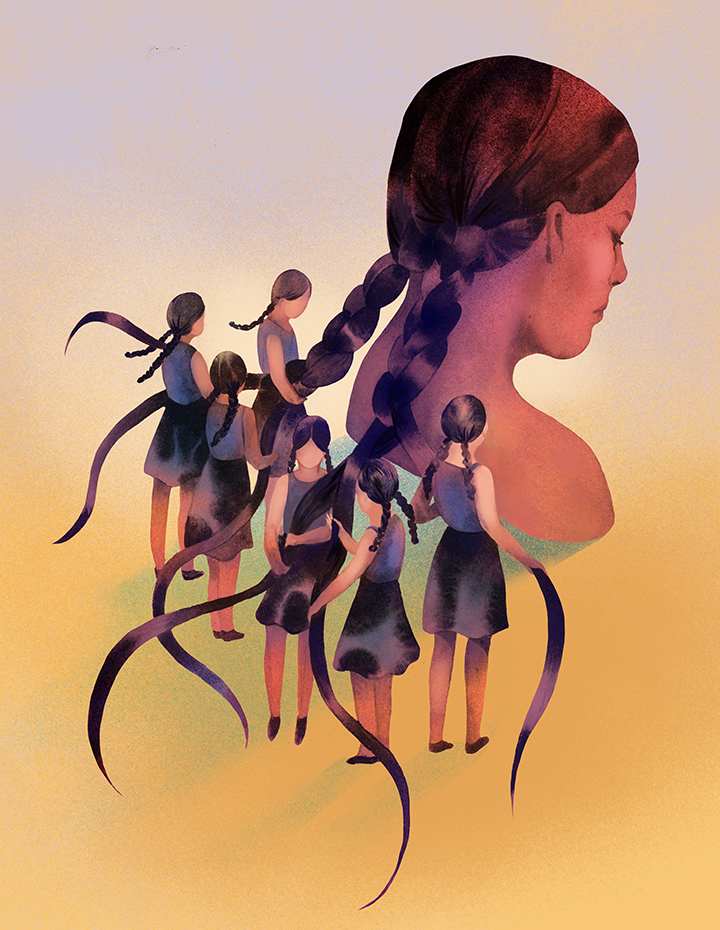 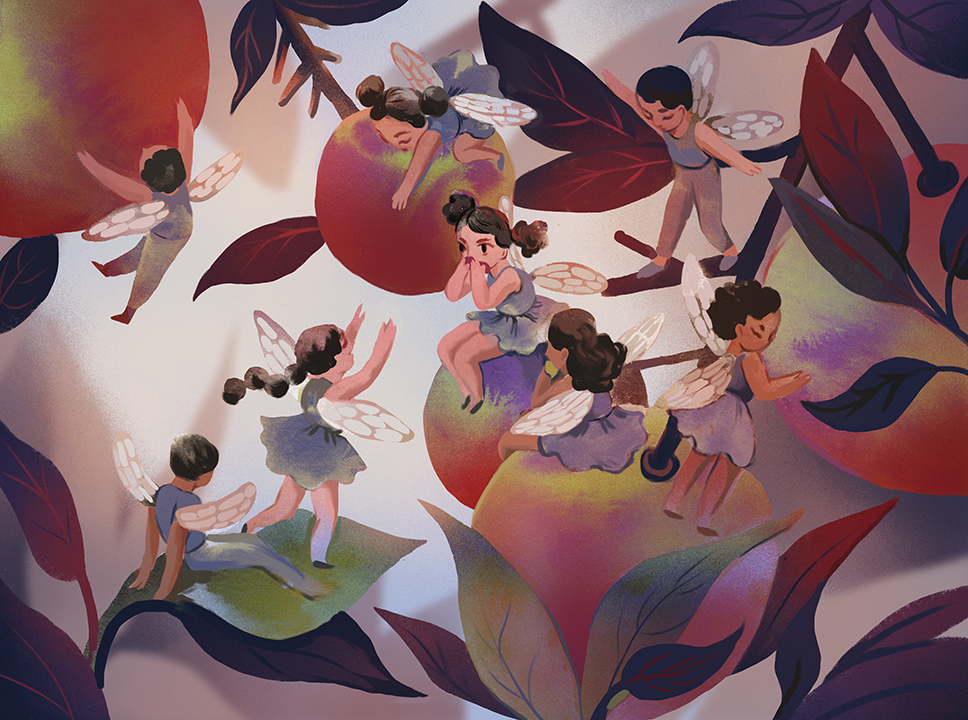 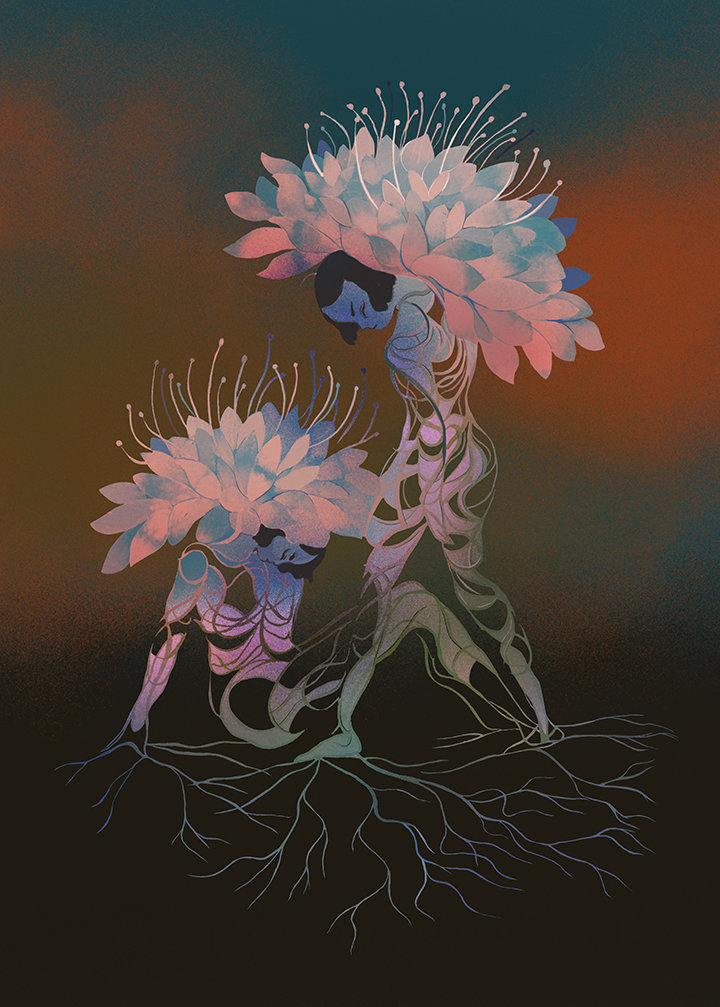 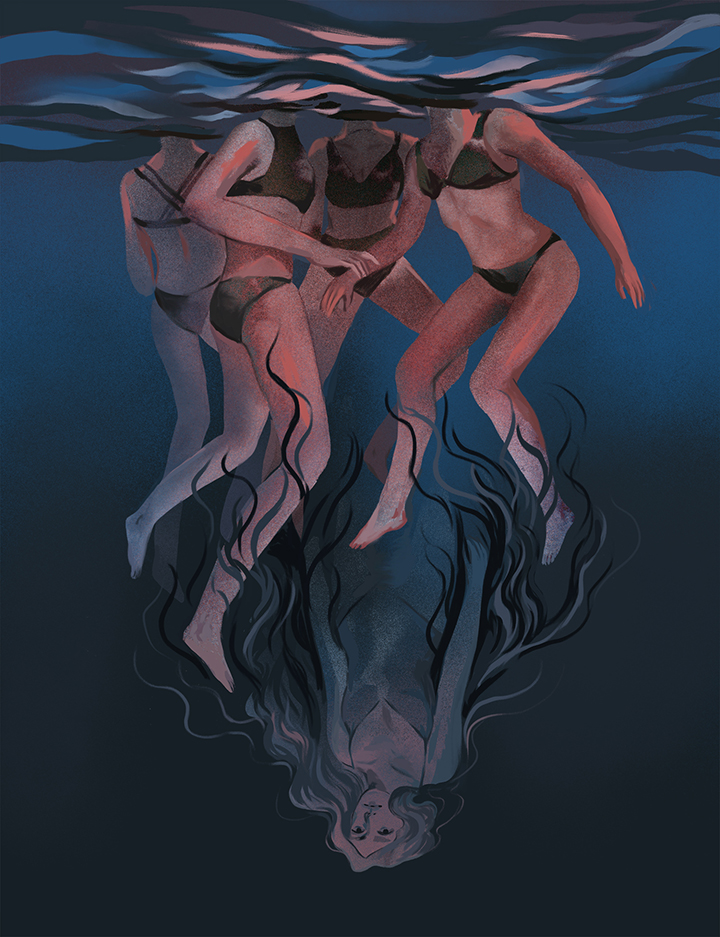 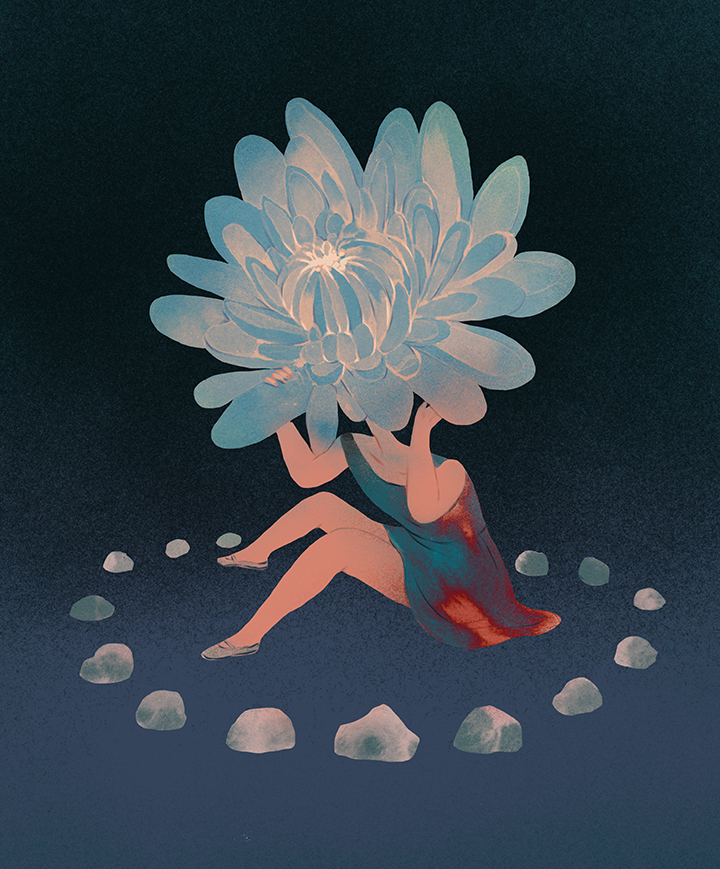 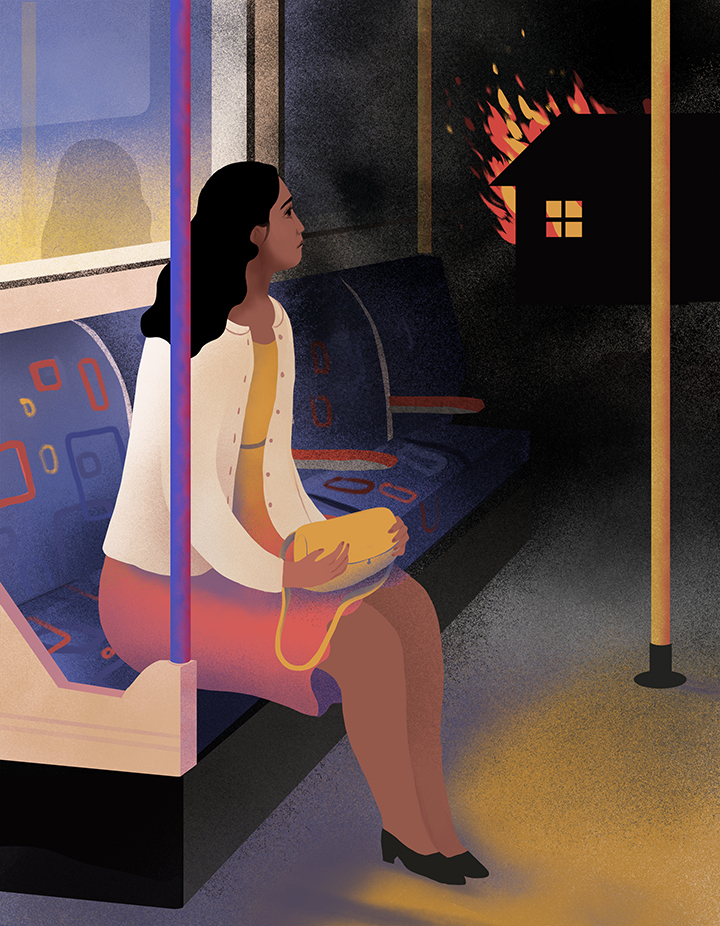 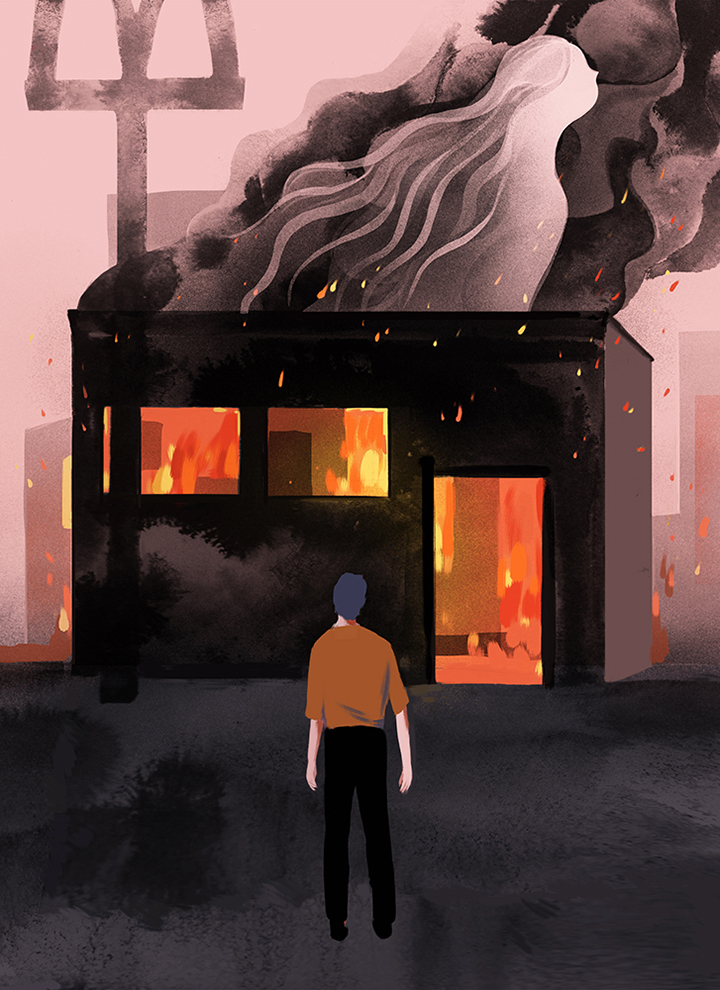 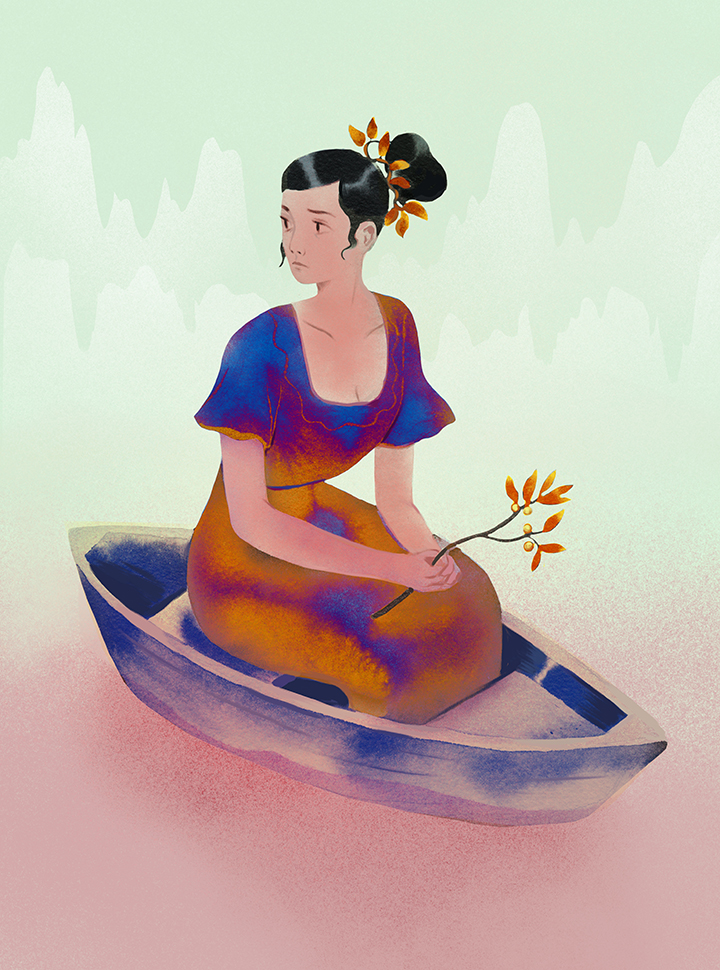 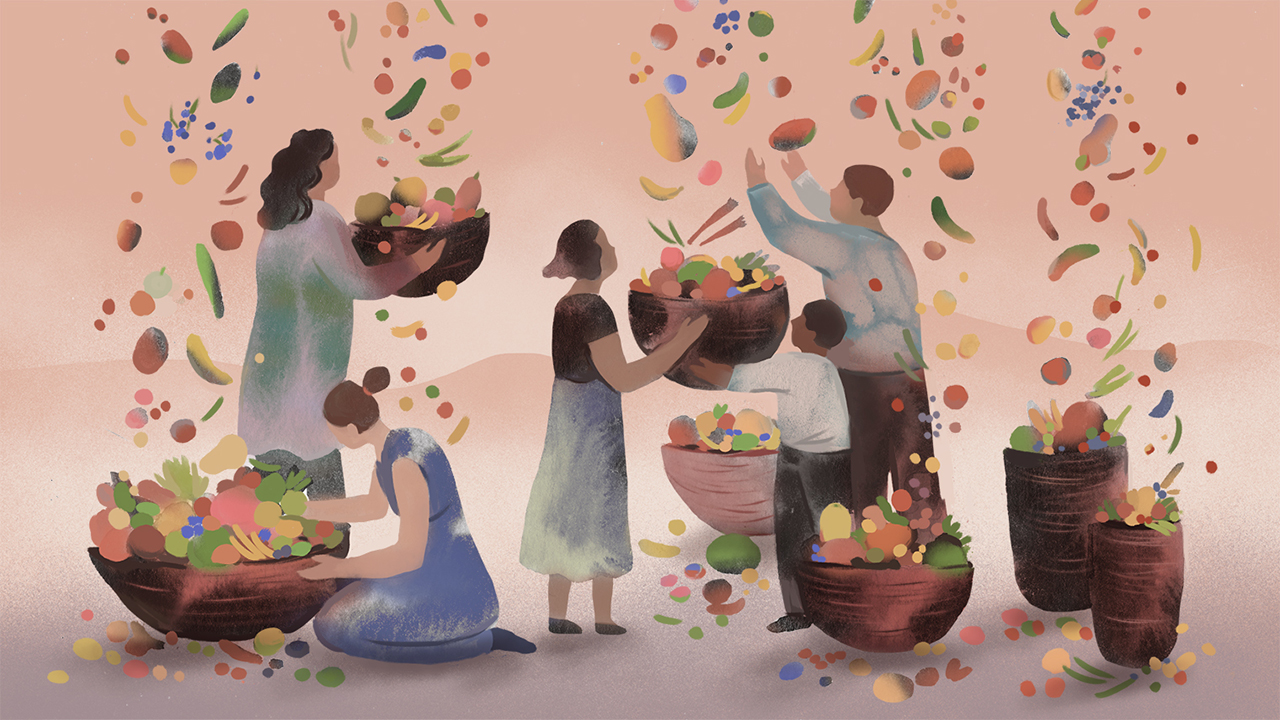 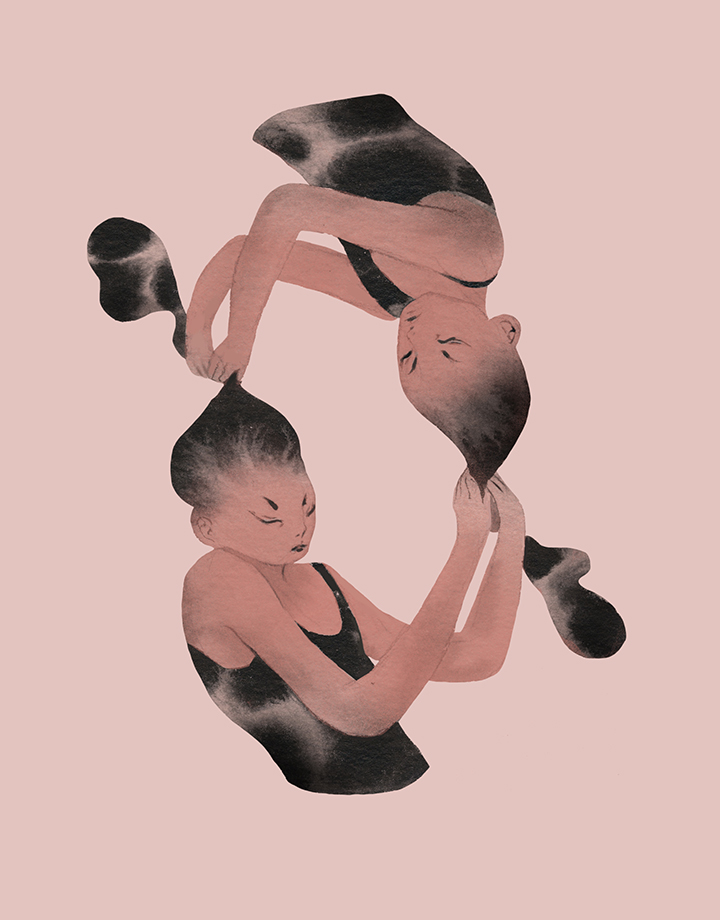 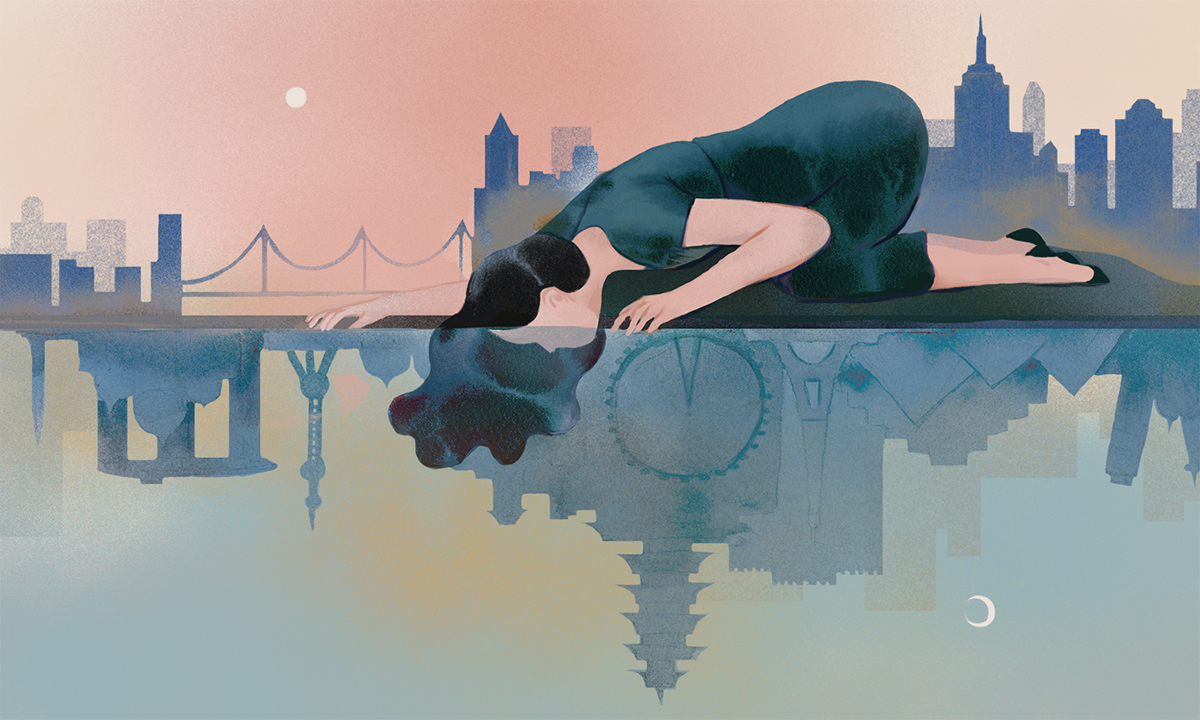 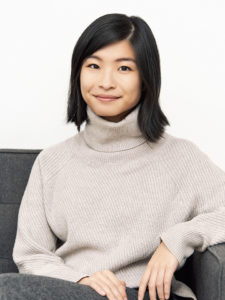 Hello! My name is Nicole and I’m a freelance illustrator! I was born in Shanghai, moved to Vancouver, Canada when I was 4, then moved again to Rhode Island to study illustration at RISD. After I graduated, I started freelancing in Brooklyn, where I live with my basset hound lab mixed pup!

I mostly work in editorial, although I’ve branched out to drawing picture books and working for advertising clients as well! I sometimes use ink in my work, and sometimes digital. I gravitate towards subjects that are emotional, nuanced, and sensitive.

In my free time, I watch a lot of movies, read books, and play video games!

I currently live in Brooklyn, NY, which is pretty overwhelming when you’re an introvert like me. It’s amazing to have access to so many creative hubs in the city, and there are so many food options! As someone who grew up in Vancouver, a relatively quiet, outdoorsy city, it took some time to adapt to the hustle and bustle.

New York has a thriving art community! It’s amazing to around so many creative people and to share that energy.

New York has a thriving art community! It’s amazing to around so many creative people and to share that energy. The worst thing has to be the garbage that sits on the sidewalk waiting to be picked up. There has to be a better way!

While I was a senior at RISD, I cold emailed a bunch of art directors as part of an assignment. Two weeks before I graduated, out of the blue, I got my first assignment for the New York Times Op-ed! It was a same-day deadline job, and it came out in print the very next day. I didn’t know what I was going to do after graduation beforehand, but that job really gave me the confidence and direction to keep pushing the editorial route so I ended up emailing more and more art directors and eventually gaining more clients! I also contacted some agents since I’m Canadian and needed a sponsor to apply for a work visa, and I was lucky enough that Rapp|Art wanted to represent me early on in my career.

Going to an art school really boosted my confidence and reassured me there were many like-minded people who were in the same boat as me, so we could support each other.

I think in general, people were supportive of me. My parents were concerned at first, of course, since they would rather me pursue a more stable career. Honestly, when I was a senior in high school, I had wanted to pursue either music or art, and my parents preferred art over music so they let me run with that!

I went to a small academically inclined school, so there weren’t too many students who wanted to have a creative career like me. Going to an art school really boosted my confidence and reassured me there were many like-minded people who were in the same boat as me, so we could support each other.

I want to do so many things in the future! Overall I want my art to be distinctive and thoroughly me. I want to create giant paintings and have a gallery show! I want to make movie posters! I want to make art for video games! The possibilities are endless and I’m excited to see where my career takes me.

Overall I want my art to be distinctive and thoroughly me.

I would be thrilled if I could work with musicians on a music video. I love Tune-Yards, Japanese Breakfast, or Mitski and I refuse to pick between them.

The most influential women in my life has to be my mom, and she is someone who is incredibly reliable and will always get things done no matter what obstacles are in her way. I aspire to have the same amount of grit that she has.

I can’t think of any local female artists that I looked up to, but I was always on the internet growing up and that’s where I drew most of my inspiration. I was a very shy child/teen and rarely reached out to people in real life, but it as easy to ask for advice and chat with artists online! I remember being a huge fan of Jen Bartel, Ashley Mackenzie, and Rovina Cai when I was a teenager and being blown away whenever they responded to a question or said nice things about my art.

Luckily, I haven’t faced any challenges in the illustration community related to being a female. A lot of the well-known illustrators that you study at school are predominantly male, but there are plenty of well-regarded working professionals right now who are female.

Do not underestimate yourself!

Do not underestimate yourself! Share your work with anyone and everyone. Even if you feel like you’re unqualified, or don’t want to bother someone by sharing your work, just do it! The worst that can happen is that your inquiries are ignored, but it only takes one yes to get things rolling!