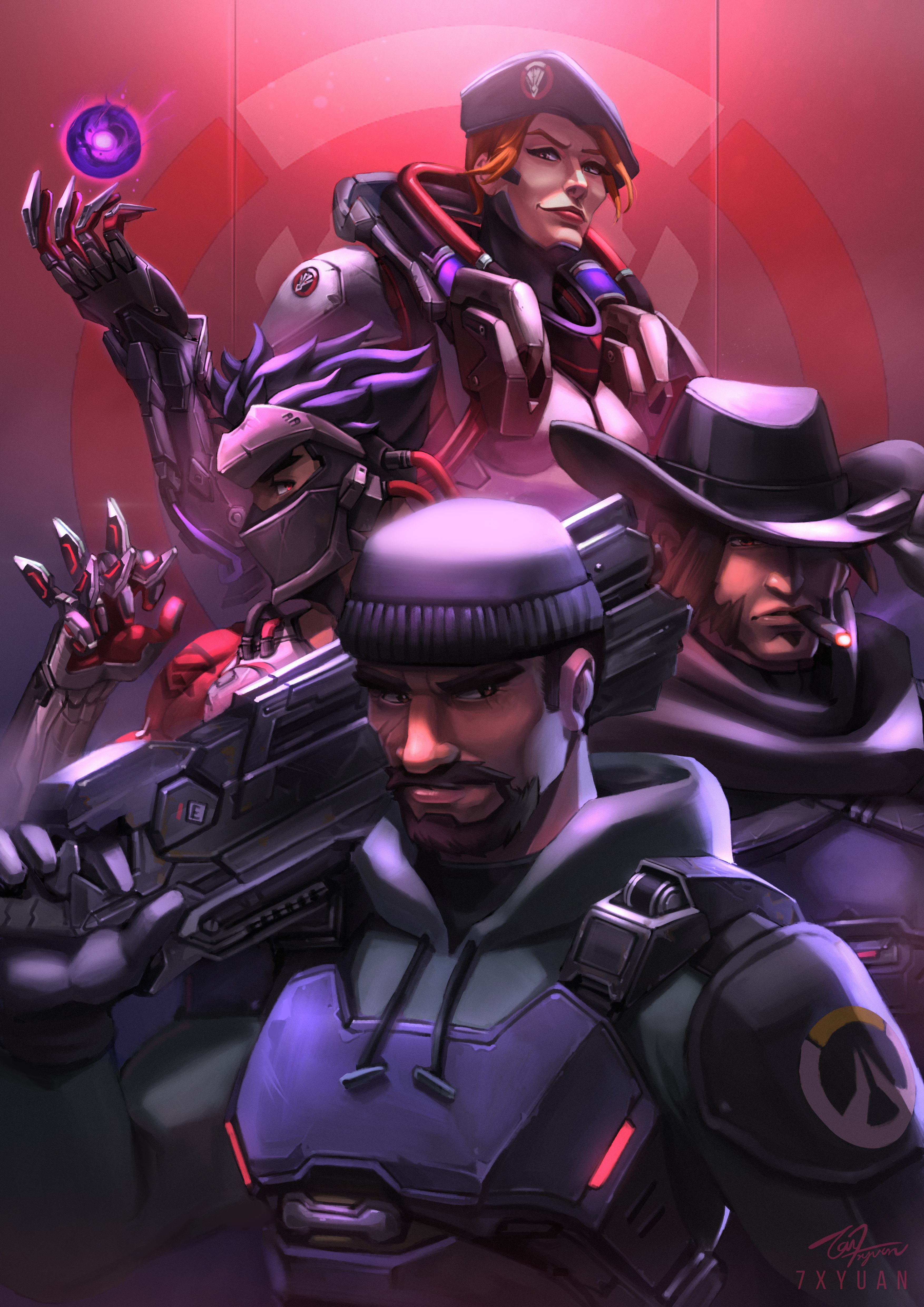 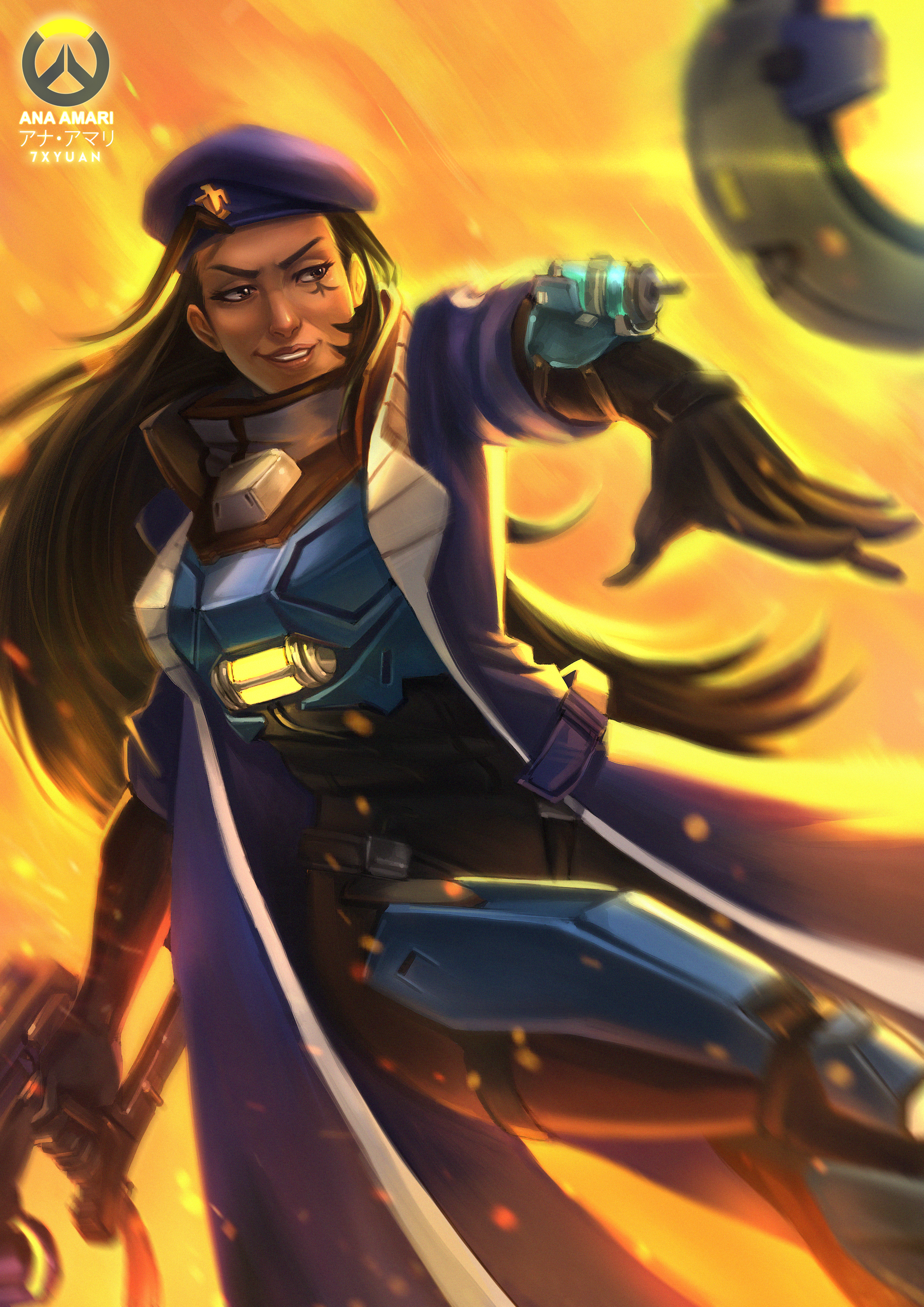 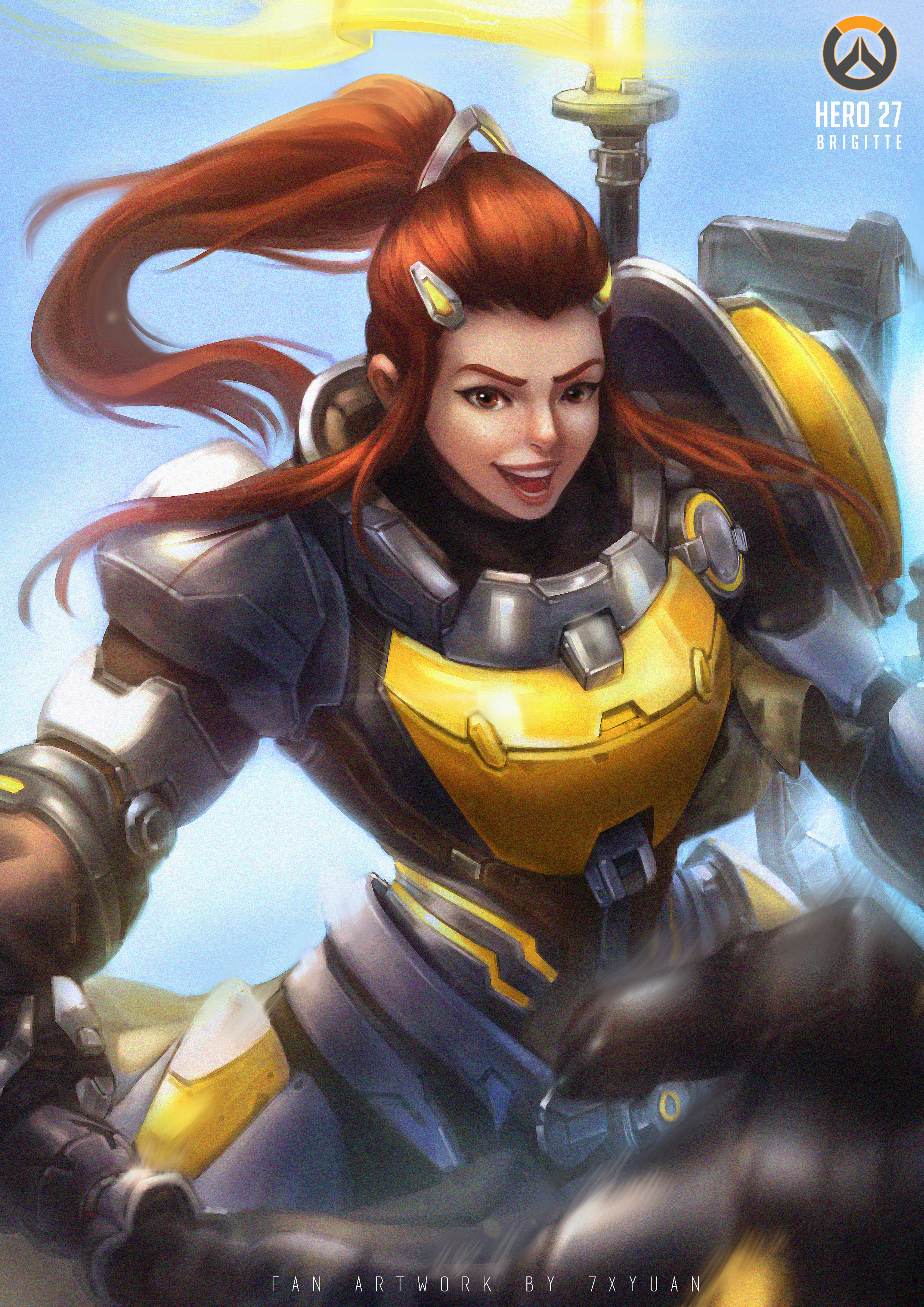 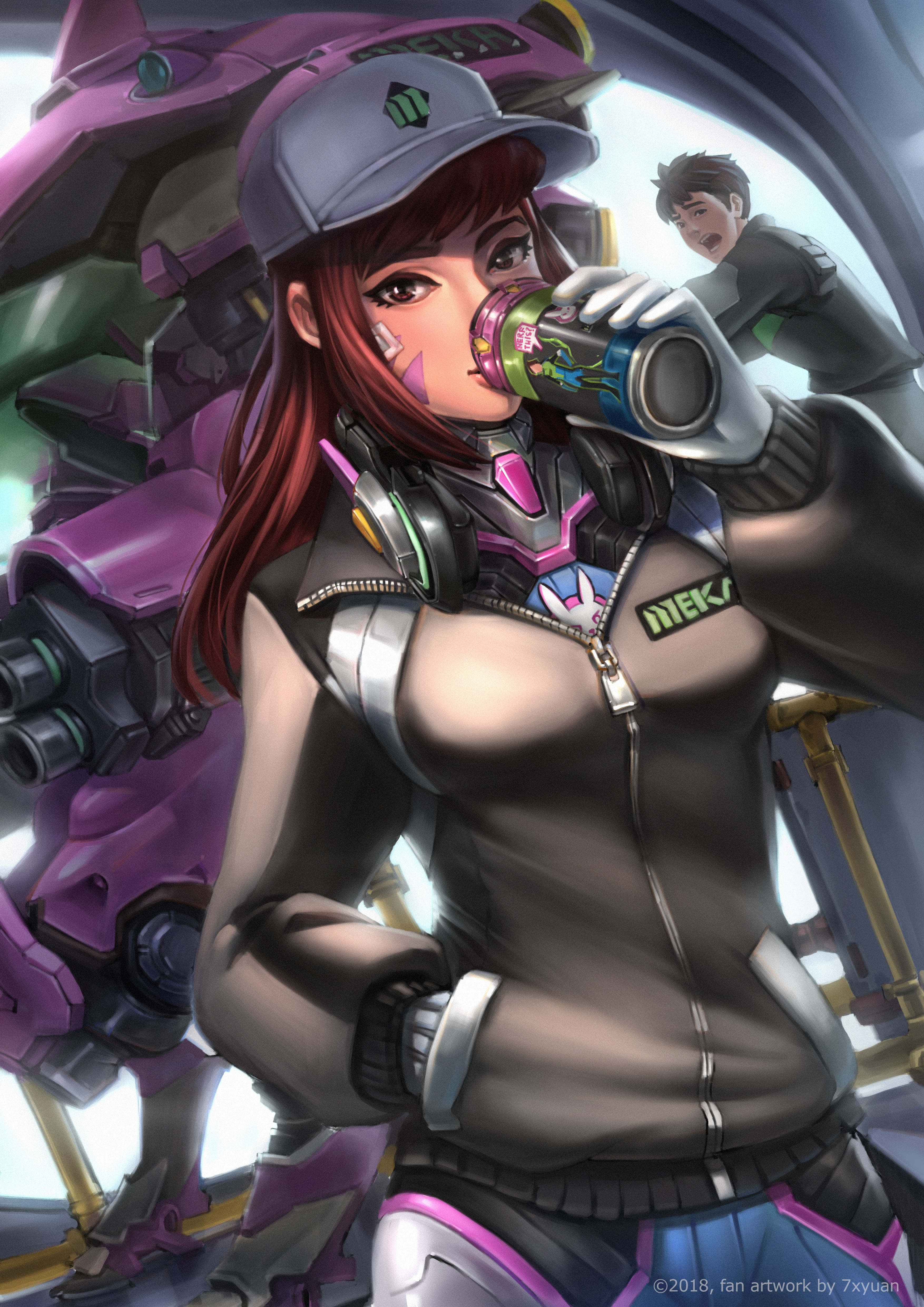 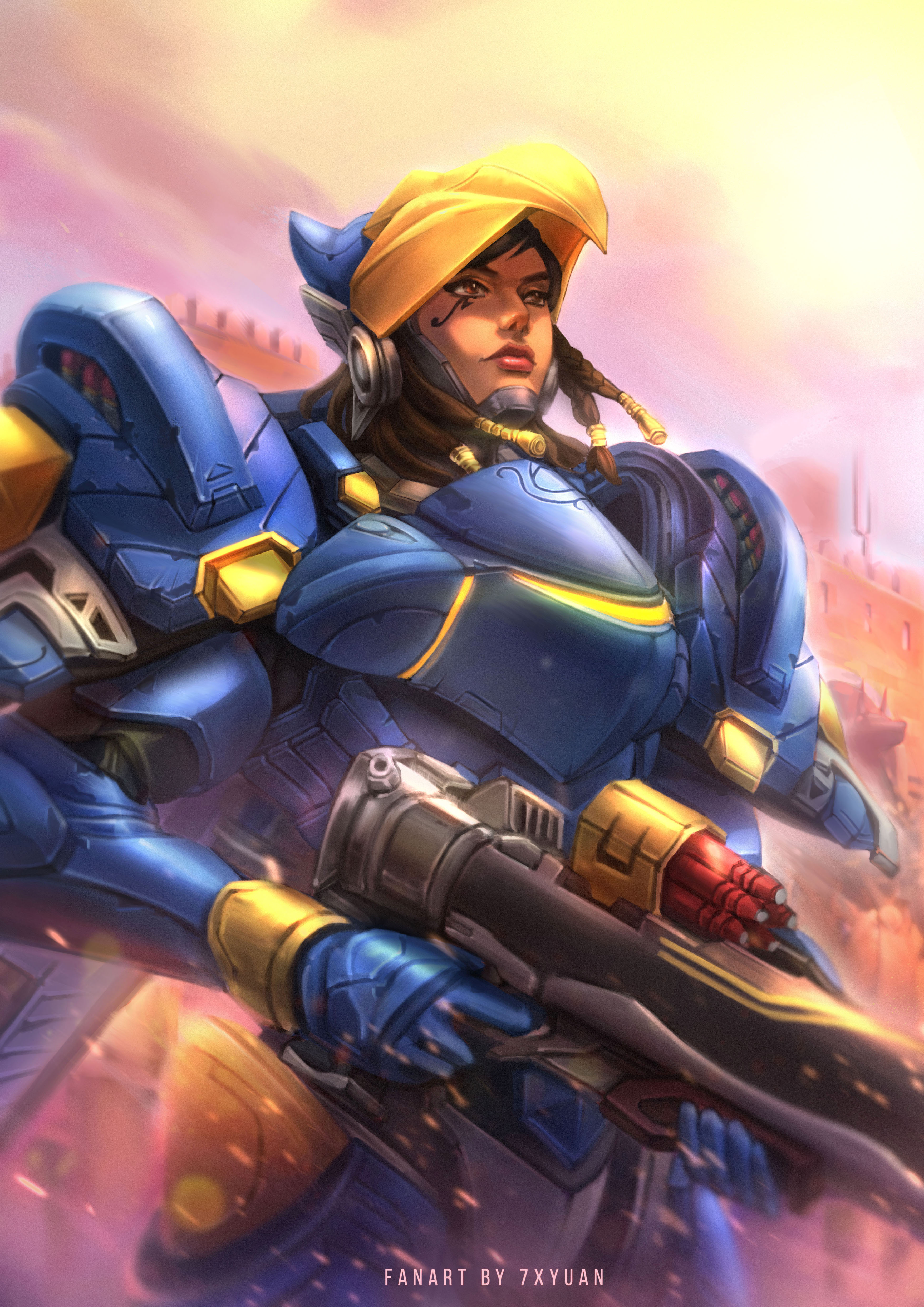 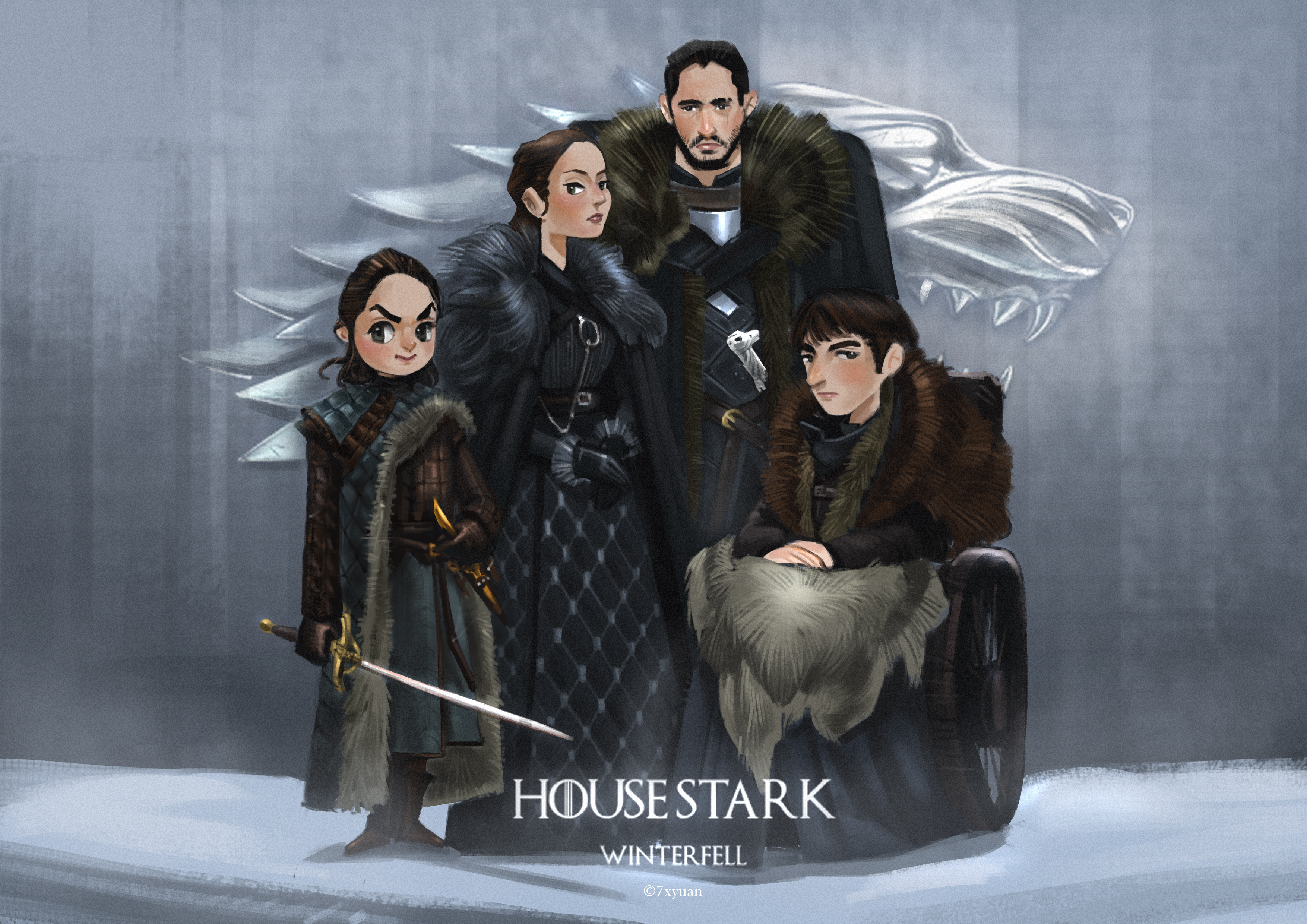 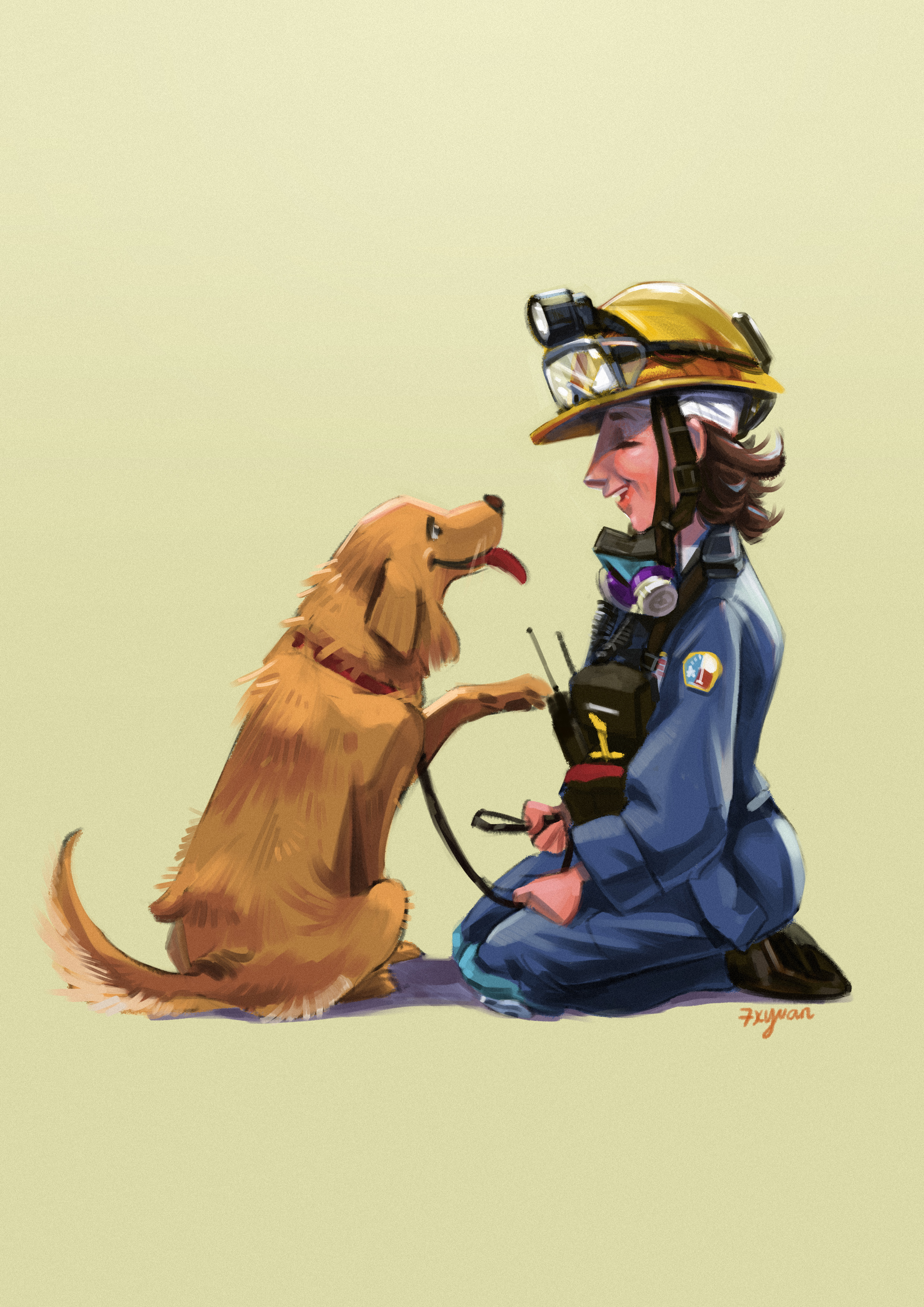 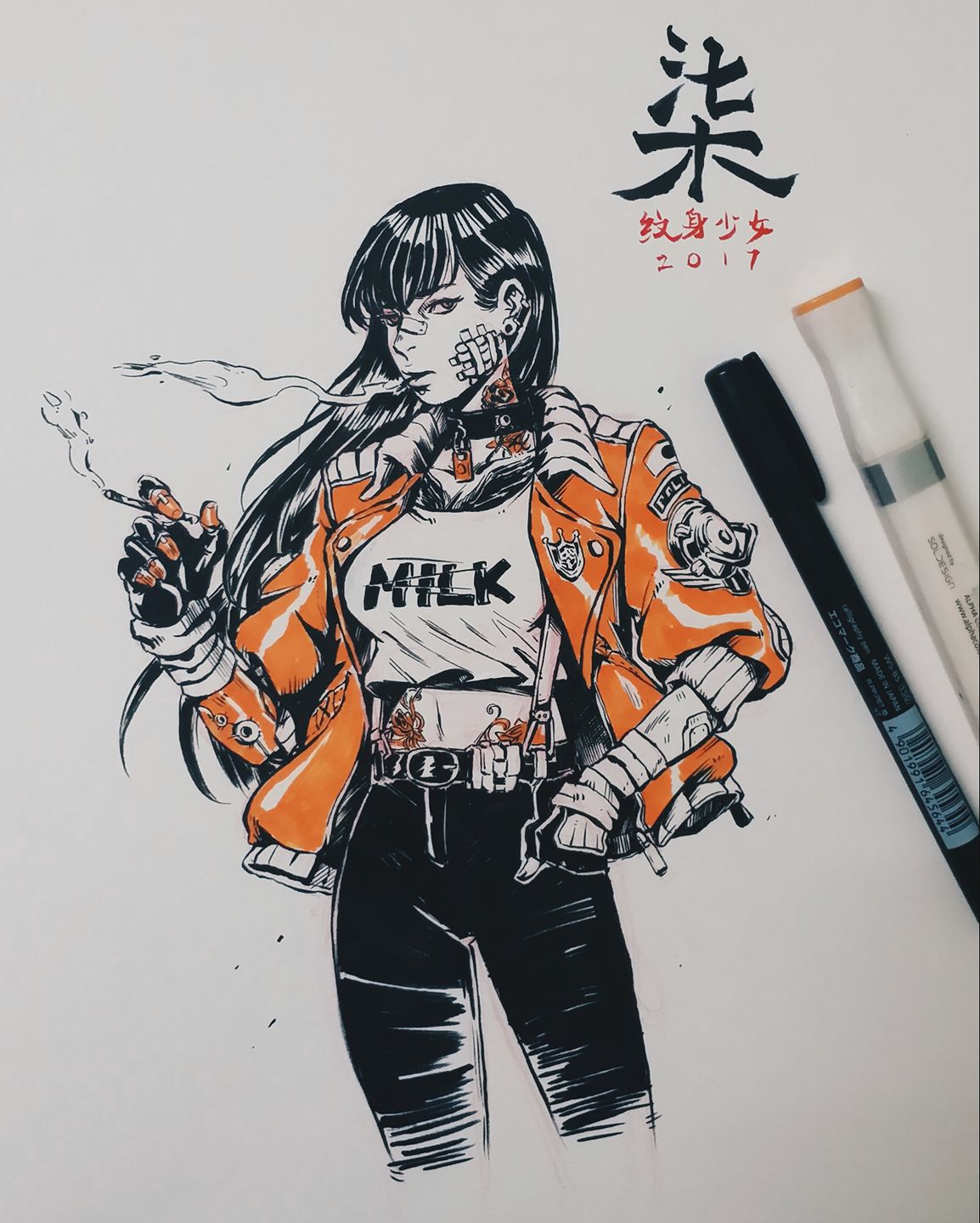 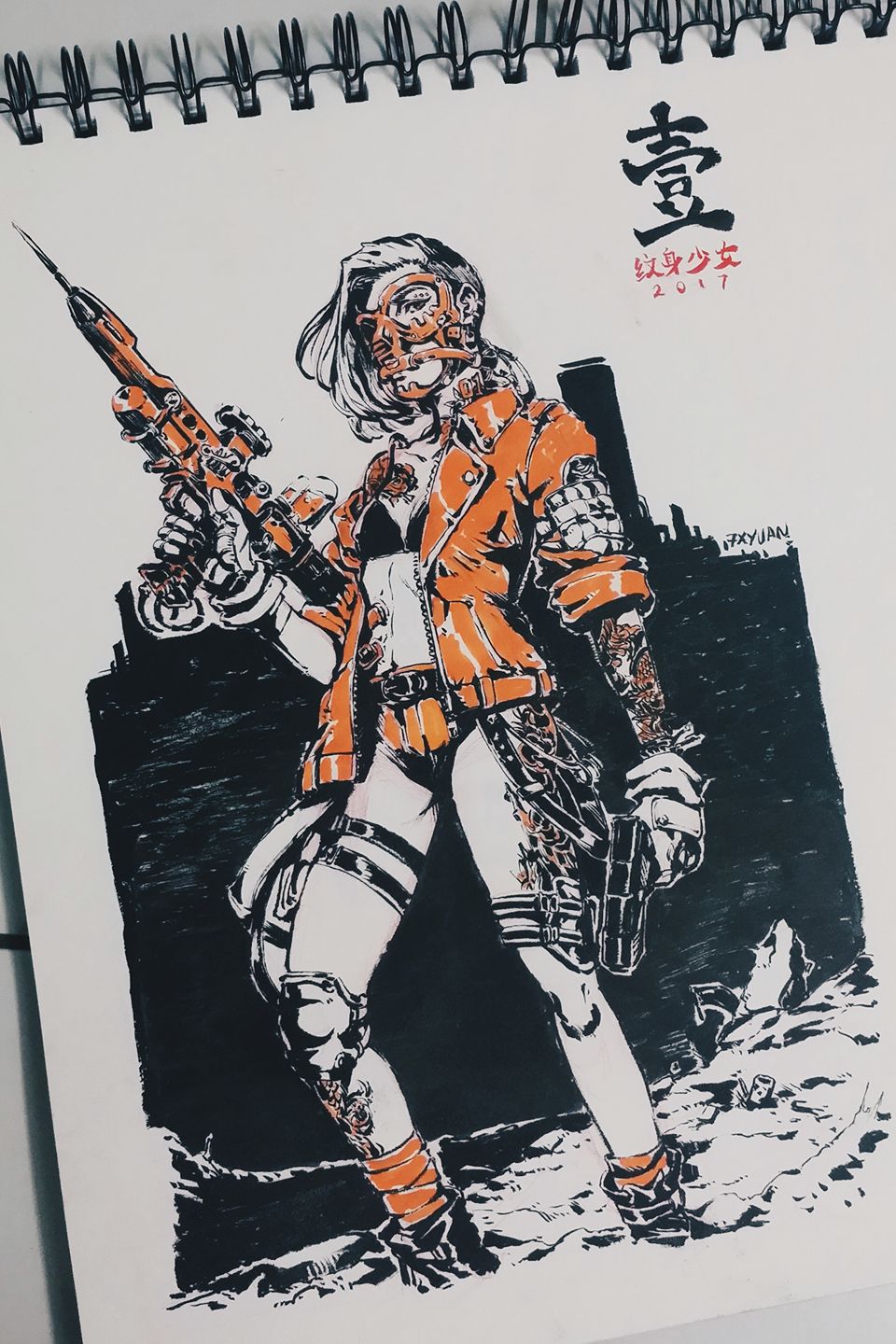 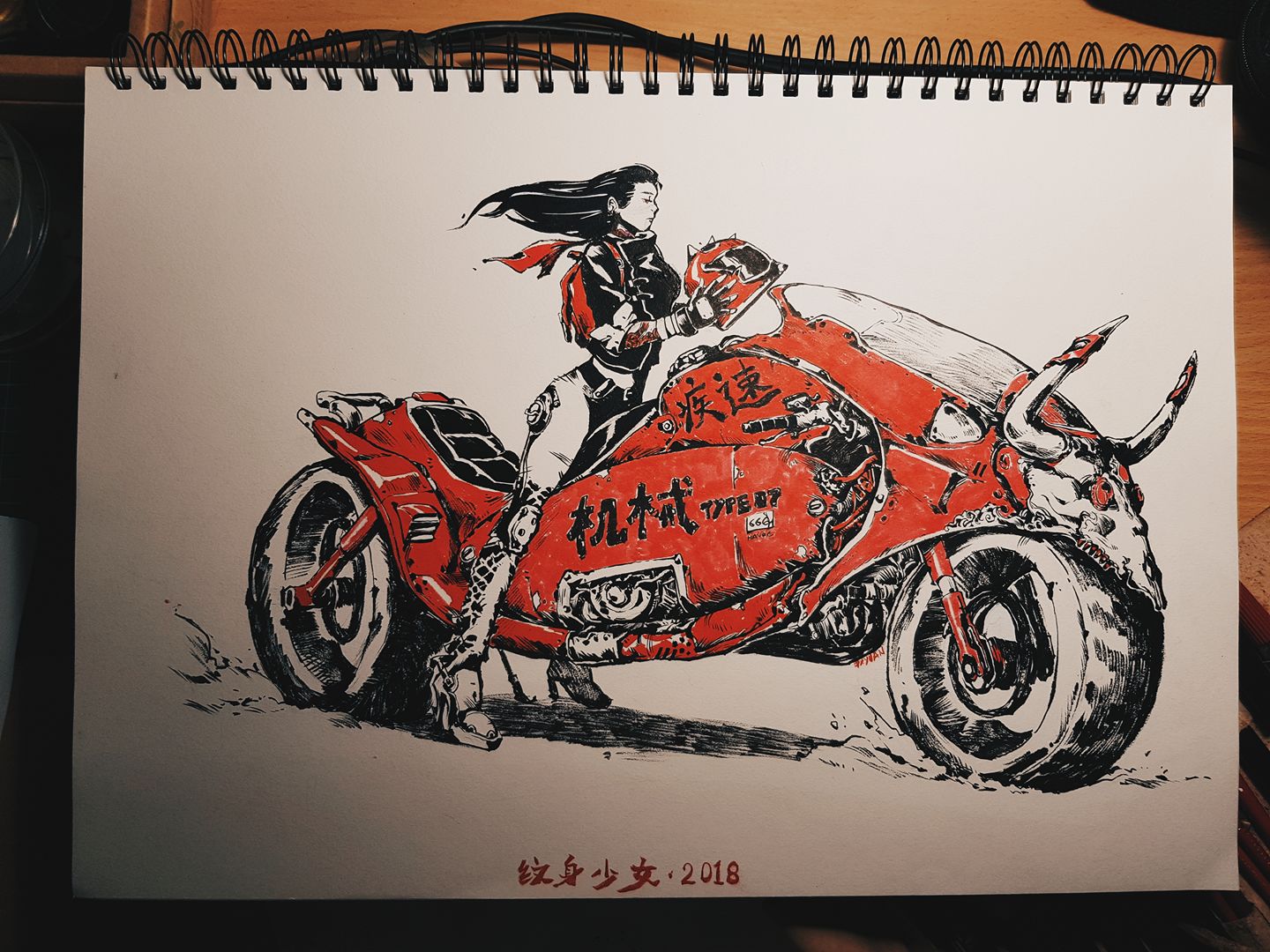 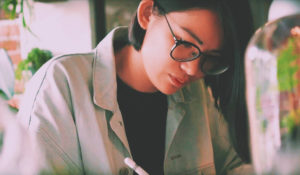 Hi, I’m Qi Xyuan, a relatively tall and awkward person but my friends claim that I’m a bit eccentric once they get to know me more. I basically do art for a living under my pen name 7xyuan. The origins of my pen name actually were inspired by a high school friend of mine while we’re thinking of forum usernames. 7 in Chinese is pronounced as Qī , which shares the same pronunciation as my original name (Qi Xyuan). I am an art educator by day, and a freelance artist at night. Curious is my middle name as I like to learn and expose myself to new stuff that tends to capture my attention, and oh I enjoy Lo-Fi music and watching people play video games.

I’m born and raised and also currently living in Penang, which is the Northern part of Malaysia. Penang is derived into two parts: the island area and the mainland area. I came from the mainland area but I still travel to Penang Island frequently as my workplace is situated there. Penang Island is also known as the “Pearl of the Orient”, it is one of the infamous travel destinations in my country, popular with its heritage buildings and local delicacies.

Living in Penang is rather chill and relaxing, life over here is not that fast paced compared to other major cities in the country. However, our weather climate is always hot and humid.

Living in Penang is rather chill and relaxing, life over here is not that fast paced compared to other major cities in the country.

The best thing is definitely the delicious food and friendly people and the culture we still preserve over here. There’re so many interesting things yet to be discovered. To be honest, there is nothing worst to think of my city. If there’re a few things to point out it would be the crazy traffic and drivers, some areas get real congested during peak hours and somehow drivers here tend to be more impatient.

After graduating, I was offered an art tutor position at my art college. Since then I started to polish my fundamental skills and practice more on visual development as I was assigned to teach whatever is related to it. SO I tend to cultivate more visual skills just to be able to share my knowledge with my students. Aside from teaching, I also like to draw on my sketchbook during my free time. In 2016, I participated in the Inktober event and kickstarted my own IP “Tattoo Shoujo”, that was the moment my works start to gain attention from others including my family, friends and even other amazing artists.  I’m an ambitious person and I’m always aware of the great talent pool we had all around the globe. The competition is strong, and I have to think of a way to stand out among them if I wish to place myself in the league. I’m the type of person who craves for personal growth, thus I’m always seeking improvements throughout my art career. There are no limits on improvements, and we can only get better and better by practicing and creating more work. Till now, I think I did get a little recognition from the creative industry, even had a few opportunities to work and collaborate with artists and companies that I looked up to! But I still have a long way to go, it’s a bumpy and long ride yet I find it quite fun and insightful.

There are no limits on improvements, and we can only get better and better by practicing and creating more work.

Art is always thought of as an unstable profession for most Asian households, especially when you came from a country which doesn’t really appreciate art. At first, my mom hoped that I will pursue engineering as it is one of the professions that promises a stable future. My dad basically just let me go with the flow as long as I can take care of myself. But all my life I know I wanted to take on art and design as my future career. In the end, they supported my decision as I am clear on what I’m going for, although I know sometimes they will get worried, but hey, I wanted to tell them that their daughter is doing fine. 😀

I hope to build and expand the universe of my current IP “Tattoo Shoujo” to my family, friends and followers by producing a series of characters and perhaps a story for it. I’m kind of into designer toys lately, so hopefully, I can turn my characters into beautiful statues as well. I also wished to help in raising awareness for stray animals and non-government organizations who help in taking care of them. I’m still thinking of ways to help them.

I hope to build and expand the universe of my current IP “Tattoo Shoujo” to my family, friends and followers by producing a series of characters and perhaps a story for it.

I have some female friends who are empowering women who hit great achievements and tend to inspire others. One of the women I look up to is non-other than my mom. My mom is a capable woman who gets to balance her life being a responsible office worker and also a loving mom of 3 daughters. She contributed a lot to our family by supporting our household. The attribute of hers I respected the most is her patience in dealing with people and problems. She’s a great inspiration to me to be a better person.

I’m not that exposed to our local creatives (especially females) when I was a teen, but I tend to know more about them while I’m in college. There’re no specific ones to mention as all of them are amazingly talented in their own way!

For me, I think gender is not an issue. In fact, there are more women joining the creative industry holding high positions such as projects leads or art directors, some even start up their own design studios. I think opportunities are given to those who are capable, you just need to prove that you are up for the task.

I think opportunities are given to those who are capable, you just need to prove that you are up for the task.

Same as what I mentioned earlier, “Opportunities are given to those who are capable.” If you think you’re up for the job, prove it! And don’t stop creating good stuff! Girl power! *fist bumps with sparkles