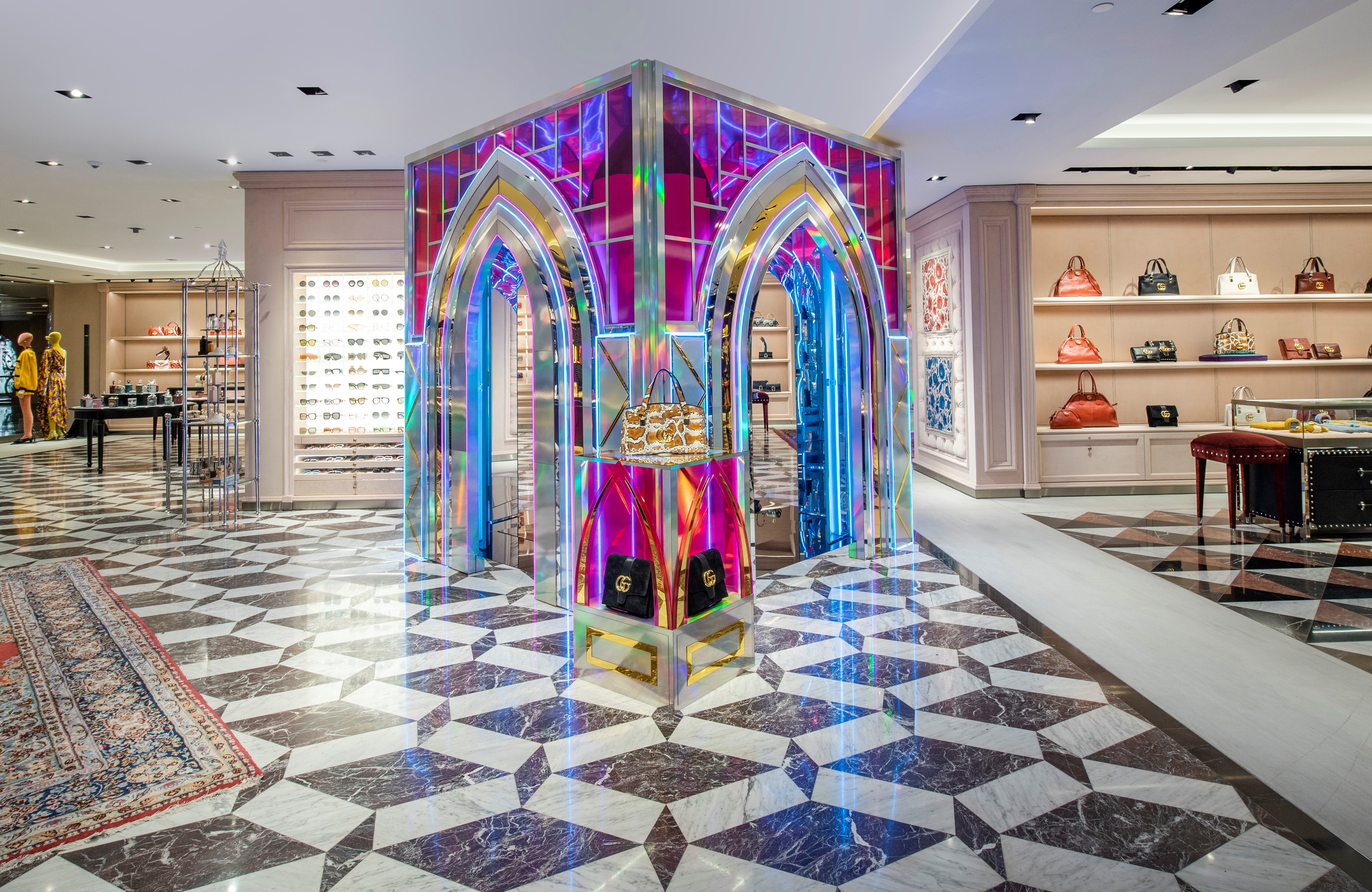 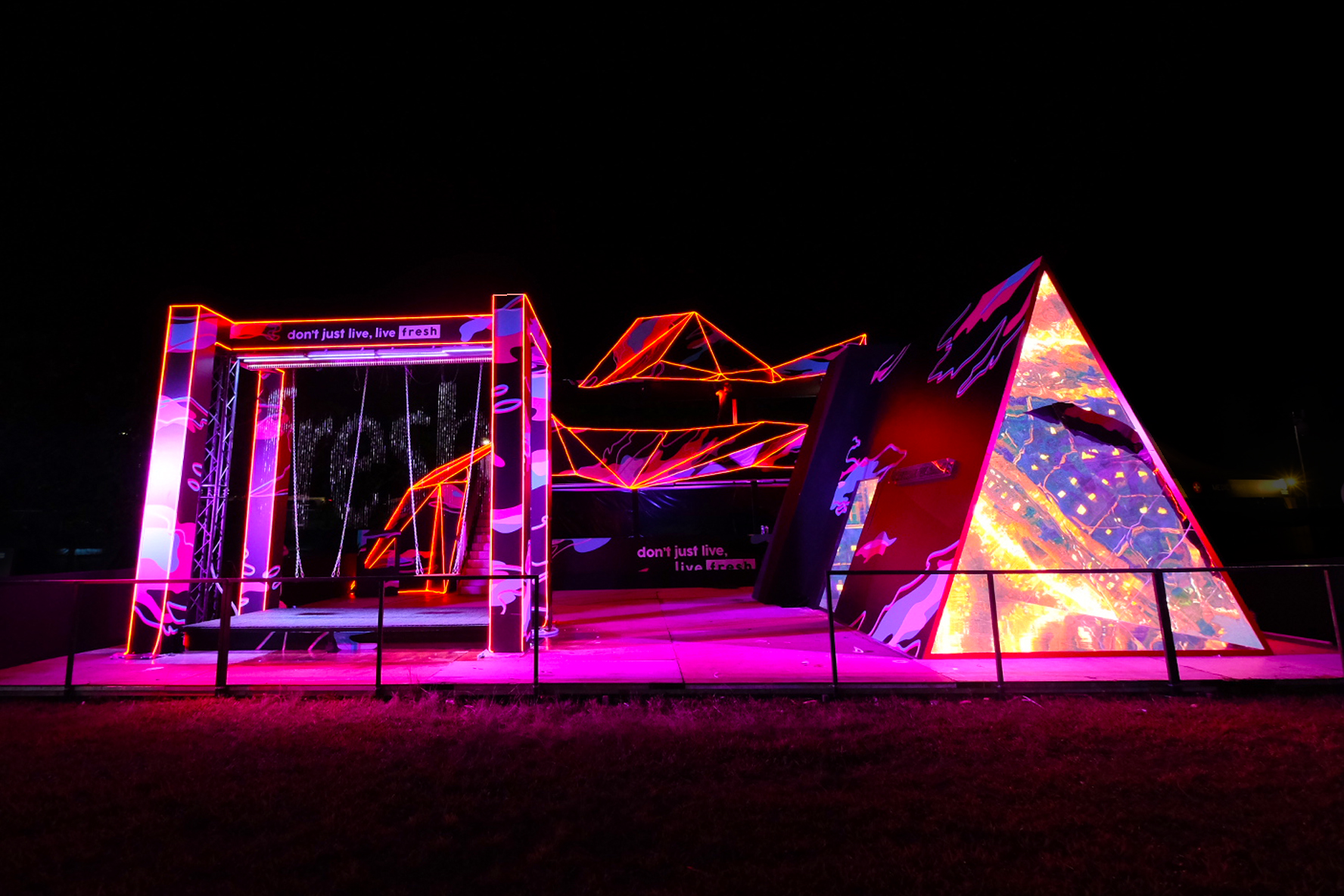 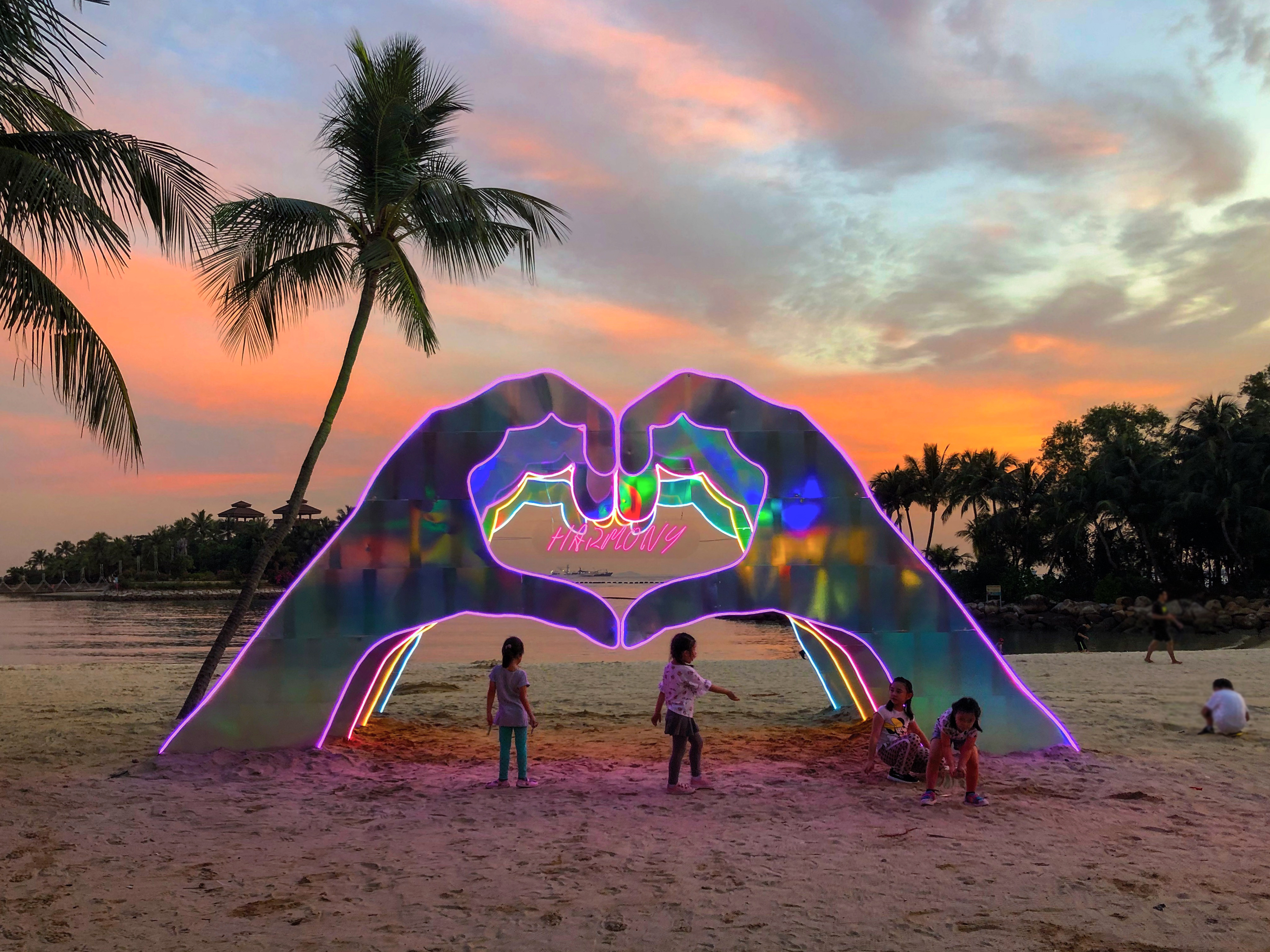 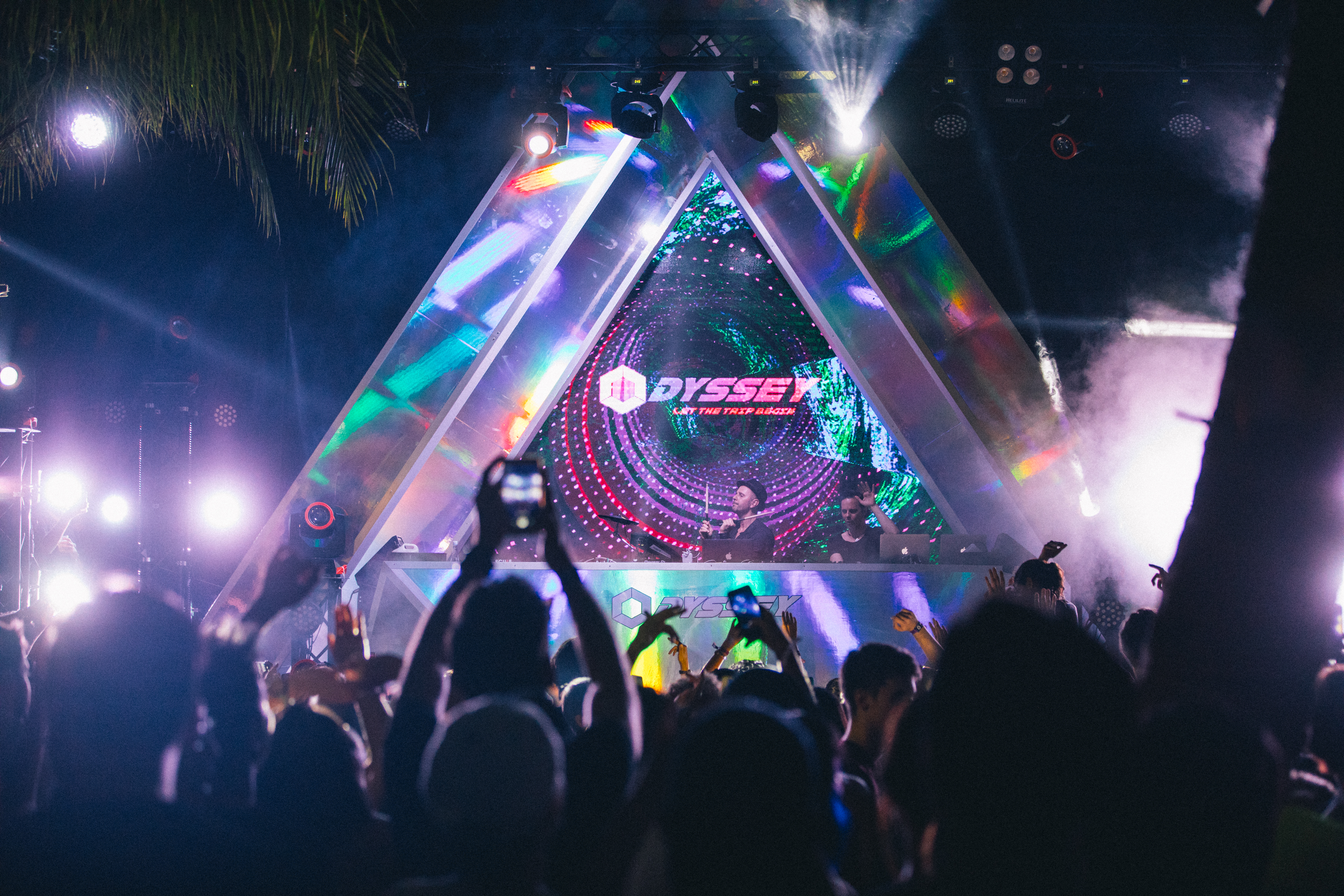 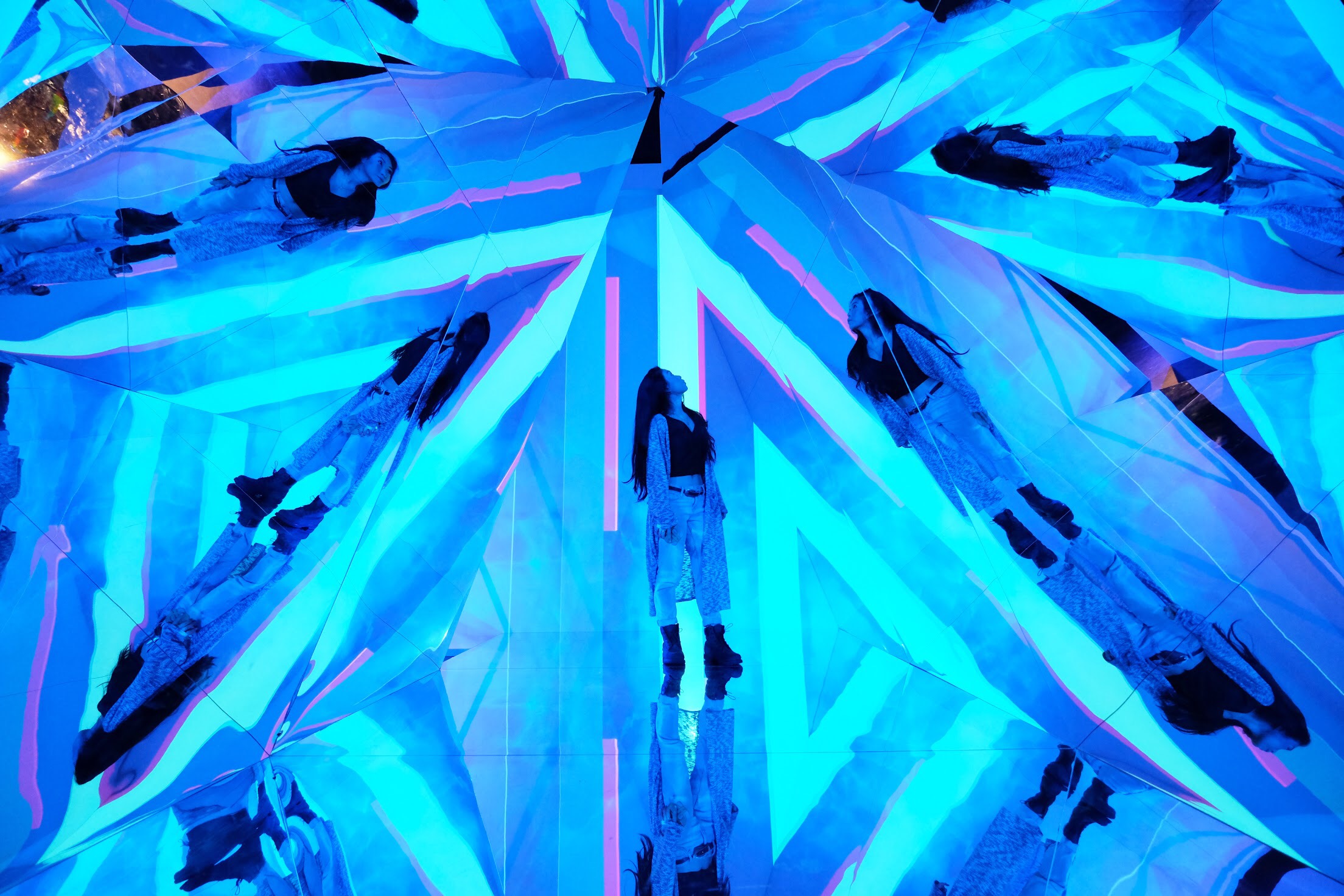 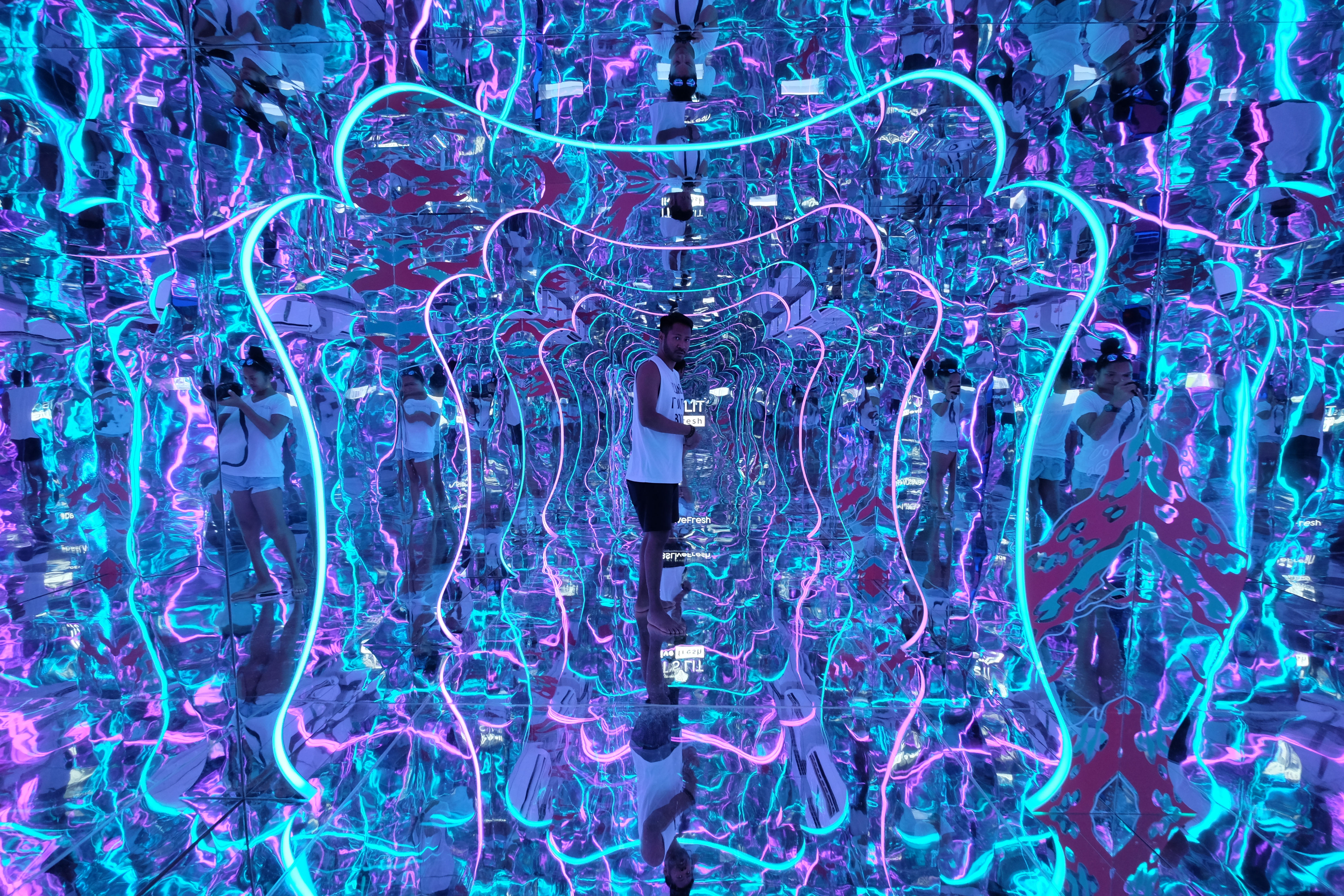 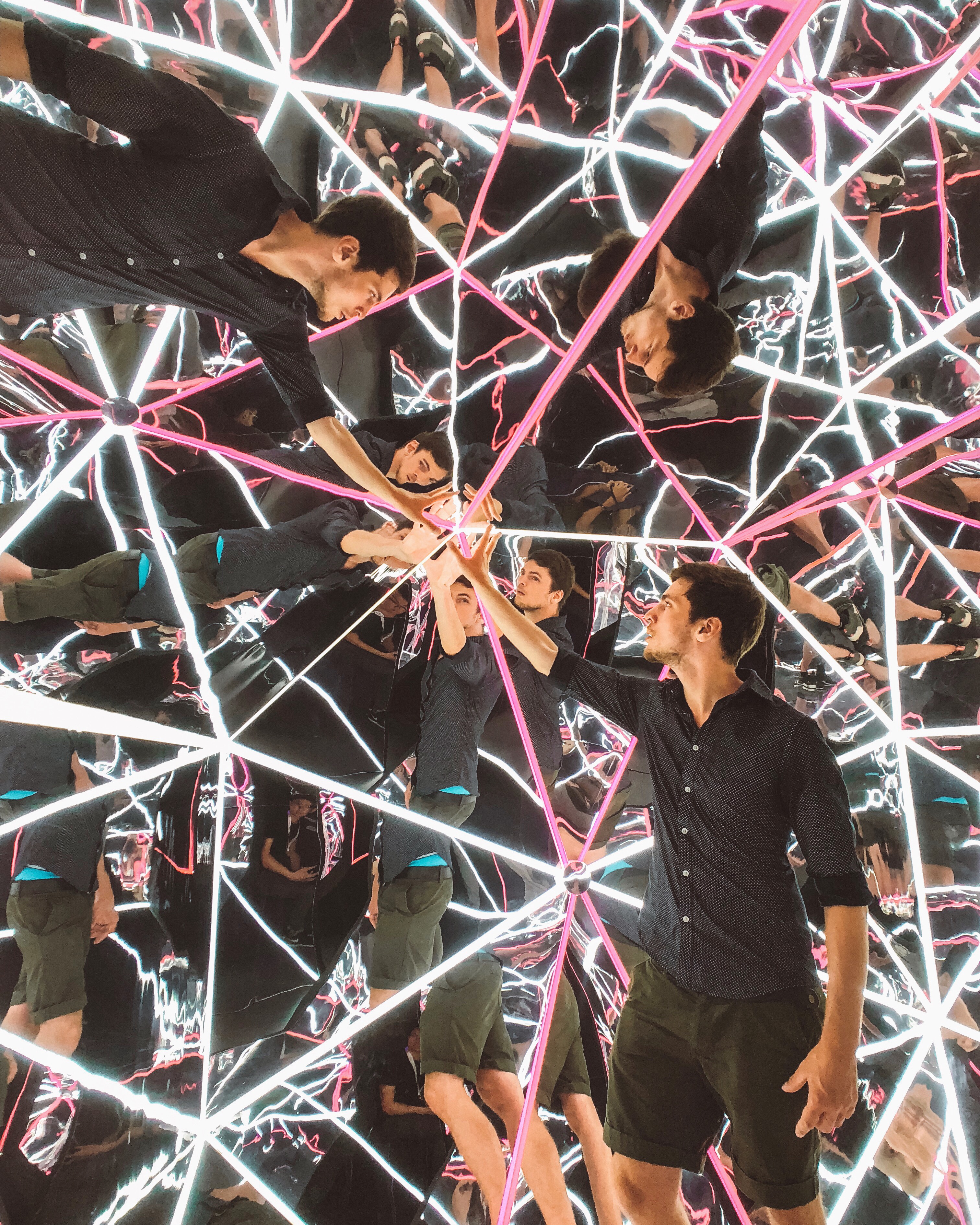 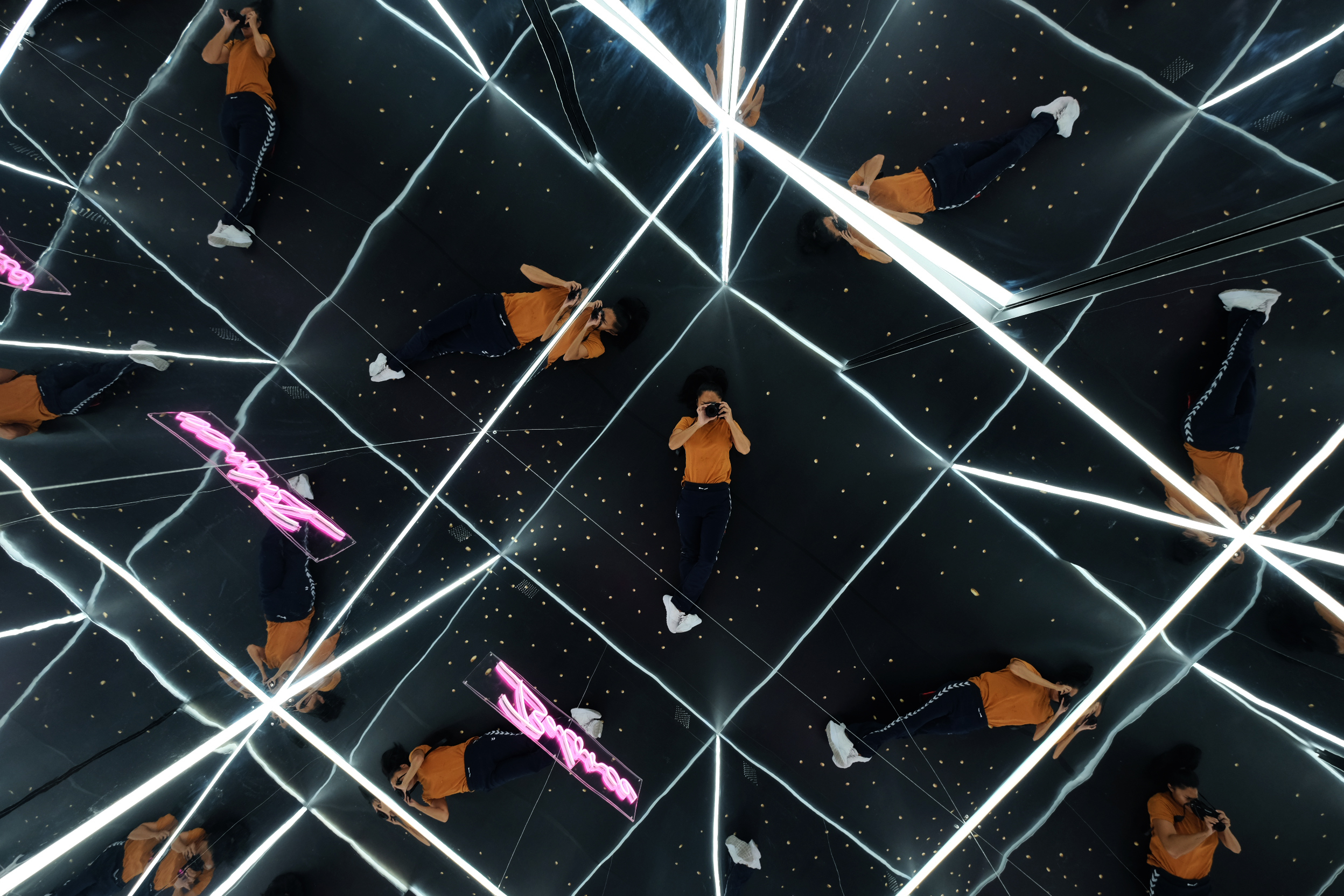 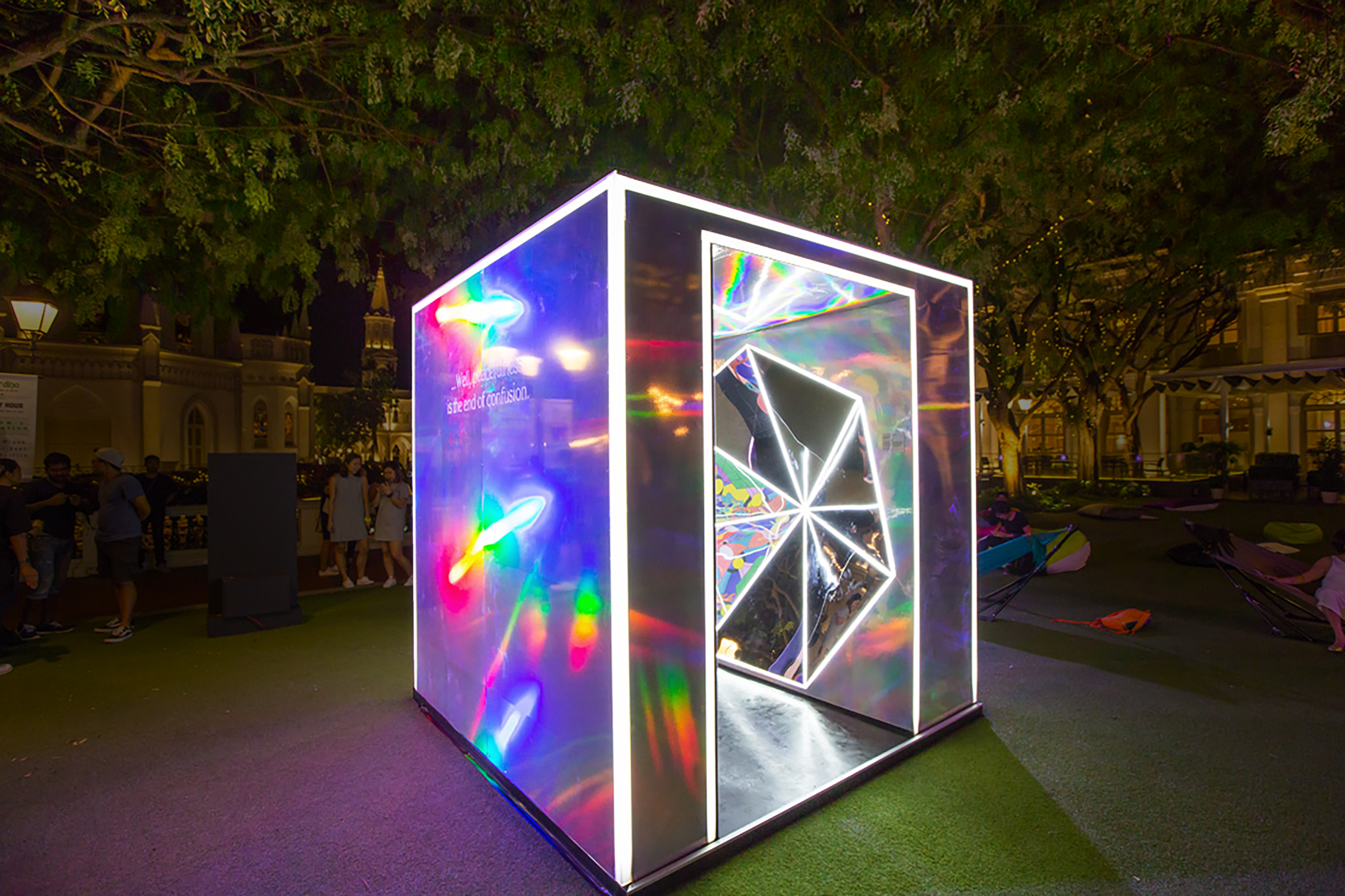 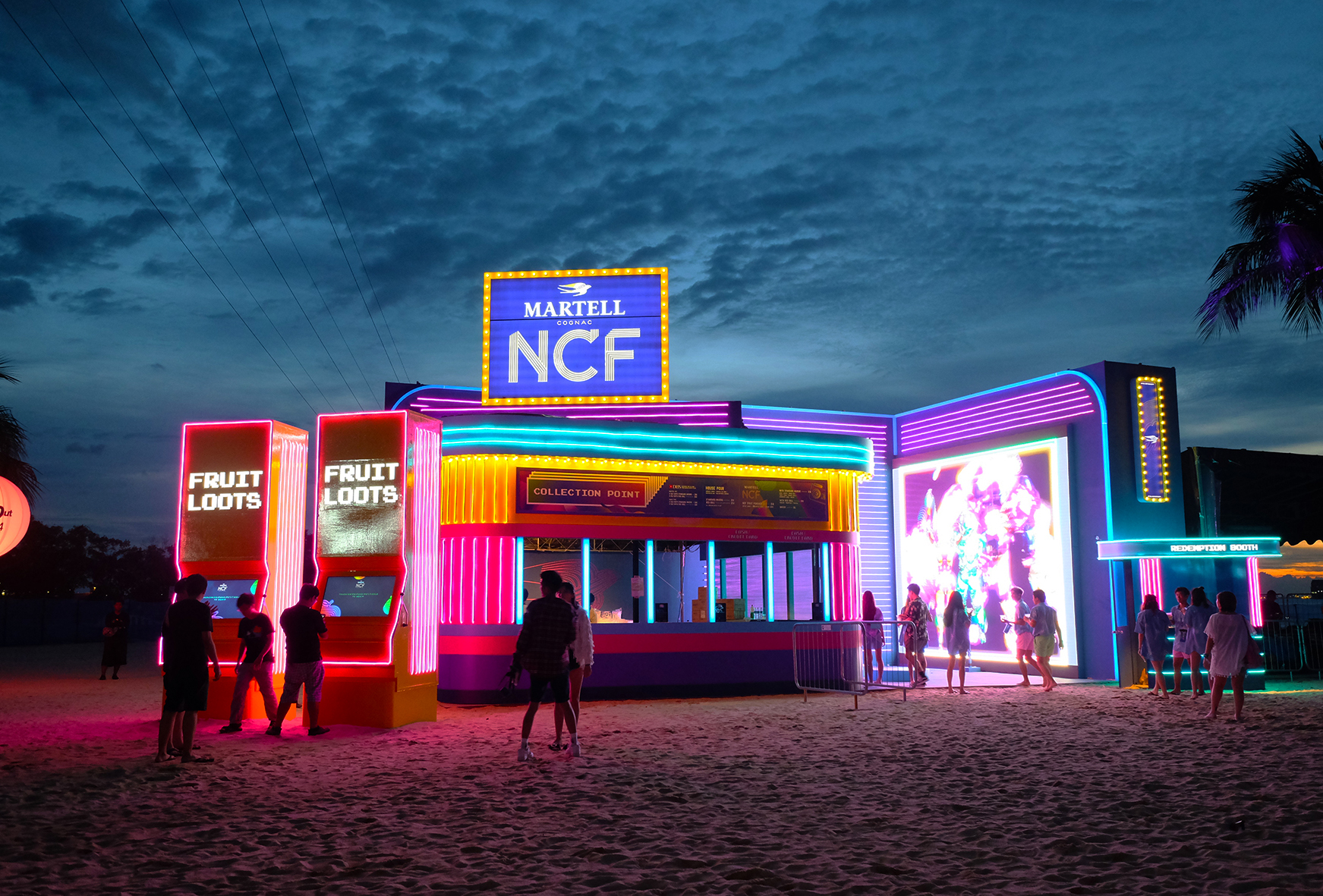 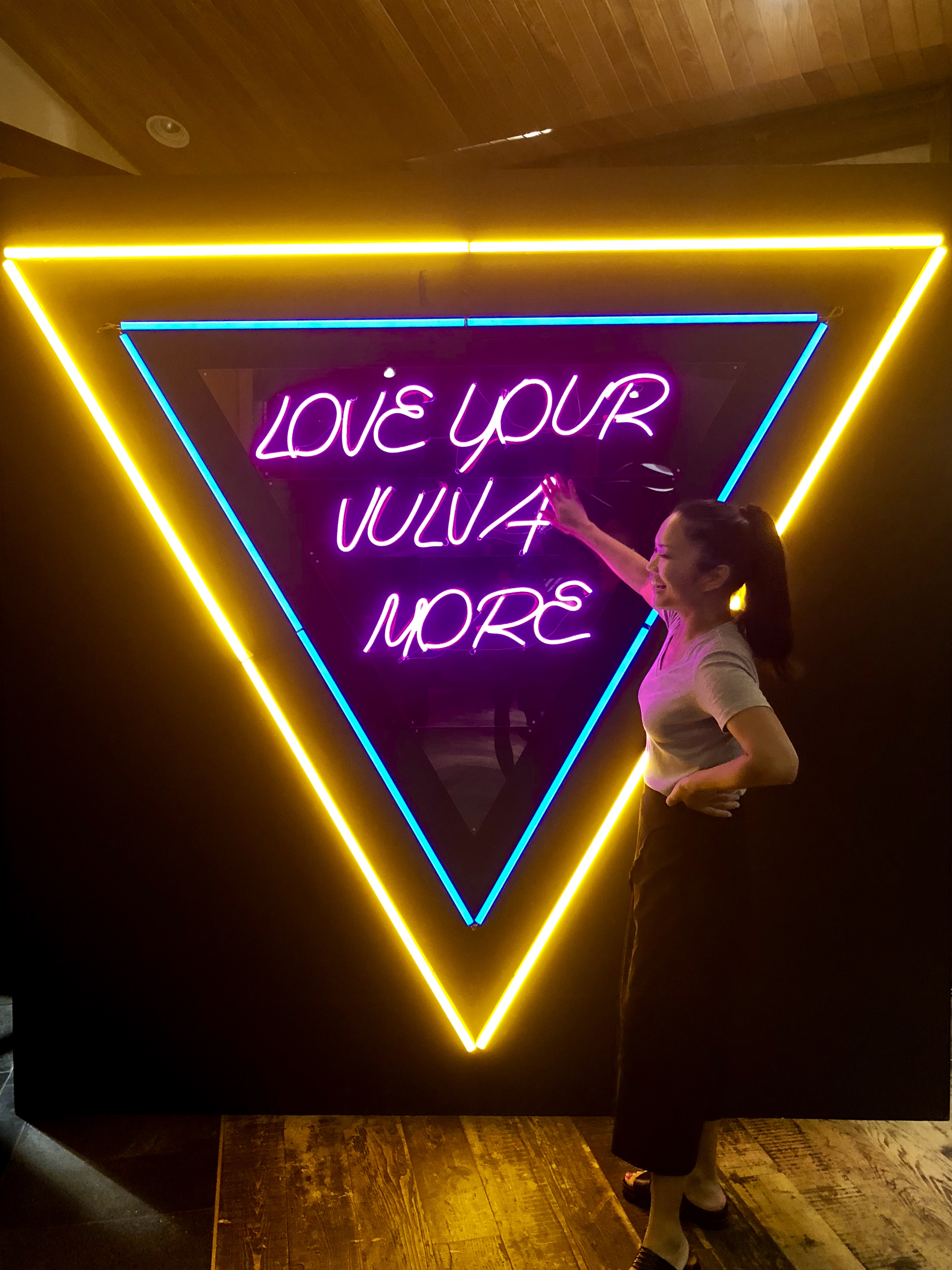 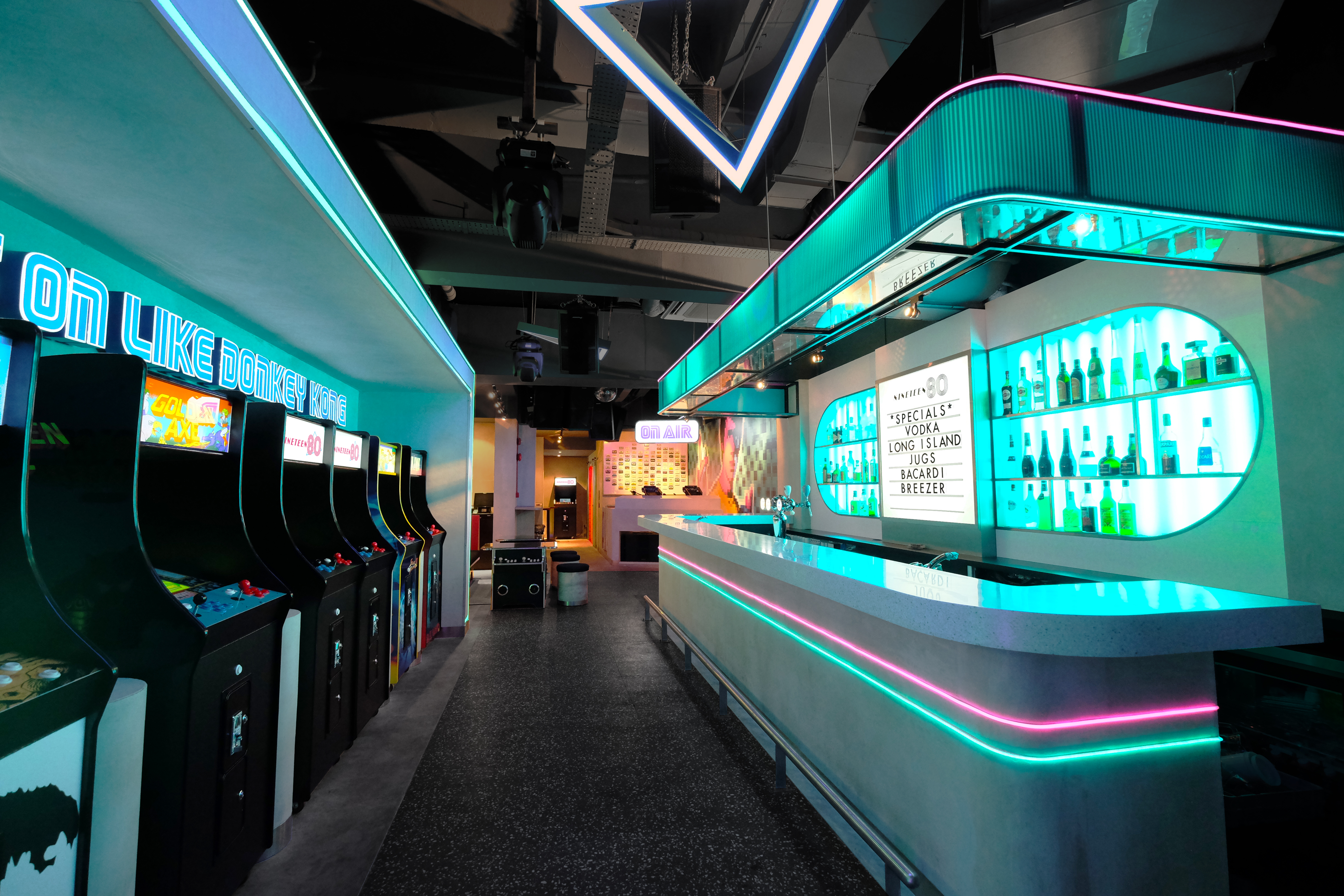 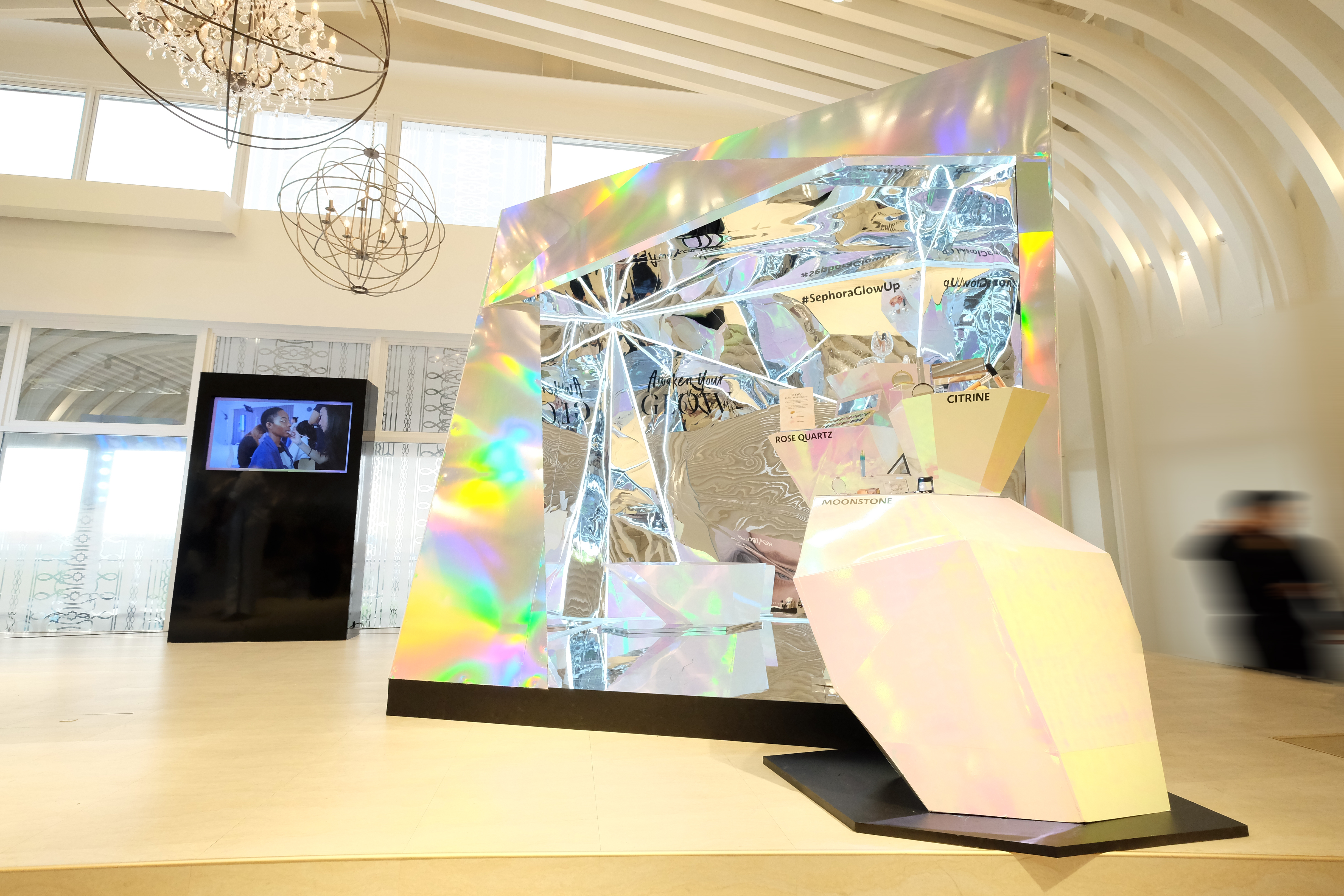 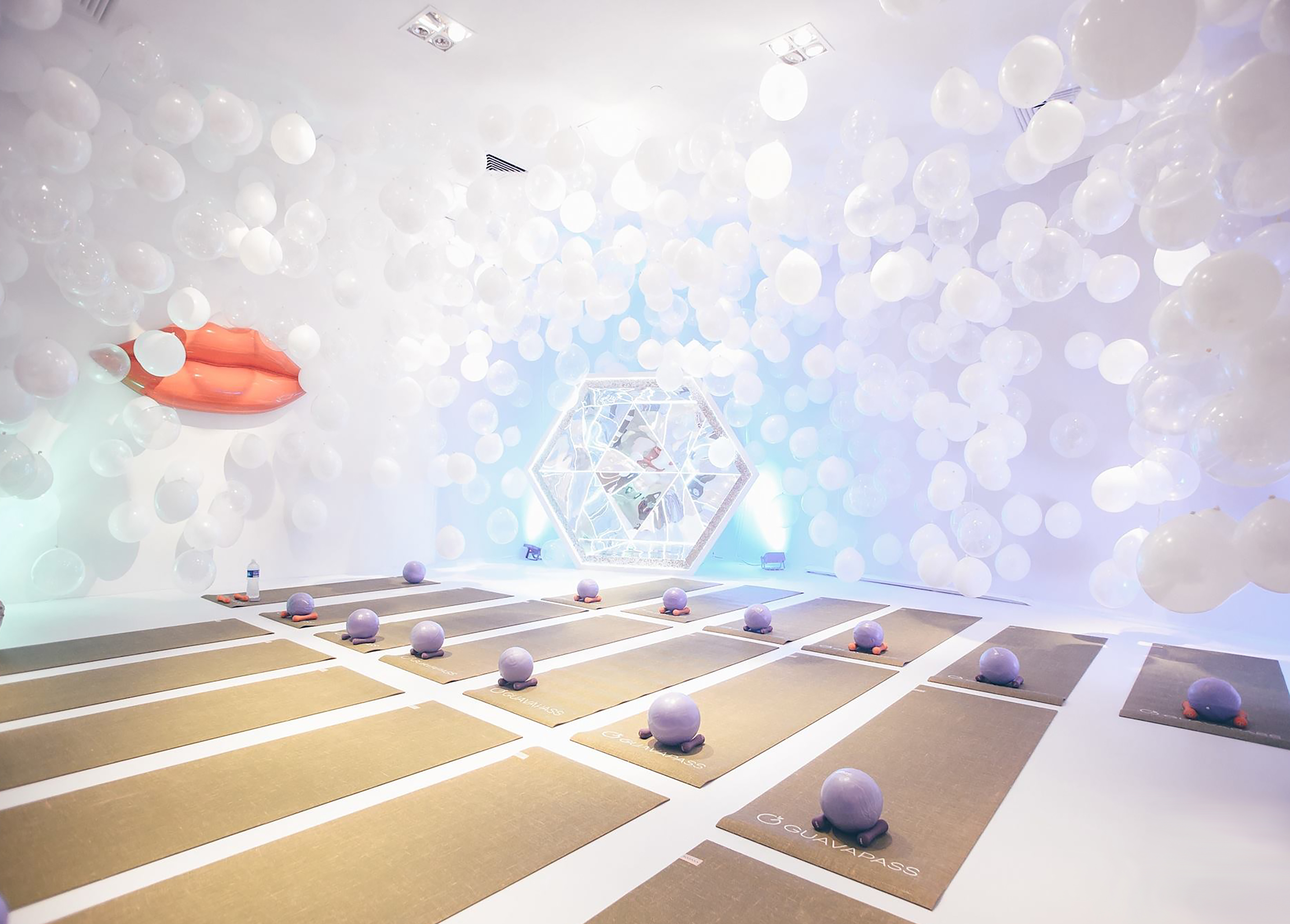 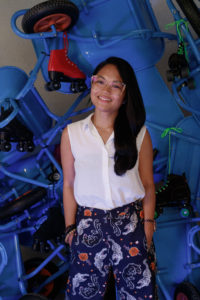 I was born and raised in Copenhagen. My parents are from Hong Kong and the Philippines, and they moved to Denmark back in the 70s. I spent my young adult years in London where I went to University and worked there for 10 years after graduation.

I’m a multidisciplinary artist & designer and have been based in Singapore for the past 9 years where I made my career shift to Set Design. Two years ago I decided it was time for new challenges and co-founded Space Objekt with my other half. Space Objekt is a creative design studio focusing on creating art installations for both the commercial and arts sectors.

As a young adult, I always wanted to study Fine Arts but it was never an option for me as in the eyes of Asian parents, it was not viewed as a sustainable career (you know how that goes!). So instead, I studied Interior Design which was perceived more of a “valid” career choice. Growing up, my extra-curricular activities were packed with after-school classes in the area of creative arts which includes everything from dance to music, painting to life drawing, weaving to sculpting, pottery to photography and the list goes on. I believe that this played a huge role in where I am today.

After graduating from Chelsea College of Art & Design with a BA and MA degree, it was only natural that I started working as an Interior Designer and did it for 10 years which was also the same reason that brought me to Singapore. But it wasn’t giving me the creative satisfaction I was looking for. It wasn’t until I made my first trip to Burning Man where I was surrounded and inspired by countless of art that made me realize I needed to pursue the ‘inner urge’ in me of creating art. And my journey began with Set Design where I made the career shift to working as a Set Designer for Singapore Night Club, Zouk.

My role at Zouk allowed me to use the venue as a blank canvas to explore and create installations. Something that was heavily supported by the founder who happened to be an avid art collector. It was a great platform to showcase my work and to experiment with different methods in creating immersive art installations.

As a young adult, I always wanted to study Fine Arts but it was never an option for me as in the eyes of Asian parents, it was not viewed as a sustainable career (you know how that goes!).

Known as the little red dot, Singapore has a tropical climate and gets summer all year round. Despite being a young country (54 years old), Singapore is very developed and also a business hub in Asia. It’s a fast-paced environment like London or Hong Kong, and people are focused on making a living.

It’s also safe and I always like to describe Singapore as Asia for beginners. It’s systematic, clean, predictable, safe, cosmopolitan and people here have relatively good living standards. It’s a country that is highly exposed to international standards and cultures. Coming from Europe, I did feel this ambiguity a side effect of the sterilized society.

The best thing is the fact that Singapore’s a small and young country which explains a much smaller creative community, making it accessible for collaborations. Innovation and creativity are assets that take time to develop and grow organically. There is an abundant pool of creative talent which is bubbling beneath the surface and I feel that it’s a good place to be in for that.

The worst thing about living in Singapore is that there are zero natural resources in the country. This means that the cost of living and cost of sourcing materials for my work can get very expensive. On top of this, there is a fair amount of censorship in media which are enforced with strict rules. As a creative and have moved from a country where freedom of expression is supported, I find this very challenging. The many rules and overly pragmatic approach was a culture shock and can feel almost suffocating at times because being confined to rules can feel very uninspiring at times.

The best thing is the fact that Singapore’s a small and young country which explains a much smaller creative community, making it accessible for collaborations.

How did you start your career in design?

My work originated in Interior Design where I create structural environments for people. It did not only involve conceptual ideation, but also the technical ability to engineer built environments. So you control everything. In set design, (especially when we are working on Music festivals where its a live event) there are a lot of factors we need to consider like how the event programming and flow of people affect that particular built environment. Sometimes these are hard to control during a live event.

My current work as a set designer is predominately focused in the event space which means that the installations are temporary (the duration of my installations can last anywhere between 1 day – 6 months). This means that the lead time for ideation and production is a fraction compared to Interior design. On the plus side, the turn around period for my work is swift, which in return gives me a huge sense of gratification in seeing more of my work realized.

I started my career after graduating from Chelsea College of Art & Design with a BA and MA in Interior Design. It was only natural that my next steps followed by working as an Interior Designer in the commercial sector. I originally wanted to work in art, but as this was not fully supported by my parents in view of their Asian beliefs, I went and pursued a career as an interior designer. It was only in my late 20’s where I realized that I wasn’t fulfilling my passion to create art and made a career transition into set design.

Yes, the people around me were supportive of my decision to work as a creative after I had some years of working experience up my sleeve. I came to set design relatively late. It was only after I was able to build and show the work I had created and able to make a living from where my parents supported me.

I want to see art thrive. When art thrives, art grows. When art grows, it inspires making it relevant to today.

I would love to collaborate with New York-based design studio, Snarkitecture! I am a big fan of Daniel Arshams‘ work. Growing up in Copenhagen, I was heavily influenced with Scandinavian design which is known for being functional, clean and minimalistic. What I love about Snarkitecture, is their use of materiality and how they work in a space that operates at the intersection of art and architecture. There is always a sense of human quality they bring into their work which can be a very personal experience.

The women around me are strong, independent, and inspiring. They are all also very creative in their own ways. These are strong attributes and energy I vibe off.

The women around me are strong, independent, and inspiring.

Looking back, I can’t think of any local female creatives that I looked up to when I was younger apart from one of my art teachers who thought me that I should embrace mistakes in the art that I created. I have used this as part of my process to date when creating. I’m also an 80’s Baby. Times were different back then where the majority of my creative mentors were male.

I feel that there is a lack of female role models – visibility of female designers above design director level is most certainly lacking. I strongly believe that female role models are an absolute key in achieving gender equality. During my time working for employers in the design industry, the majority of my mentors at director level were male. At one point, I did start wondering what would happen to my career when/if I ever reached that level. On top of this, I also realized the pay gap. Men and women designers are not receiving equal pay!

The creative industry can sometimes feel like its not an inclusive place. It can appear like the ‘cool kids’ in school where knowing your shit doesn’t matter, but more about who you know. I felt this in Singapore when I moved here. It really is about spotting the talent no matter who you are.

The topic of equality is not only a female issue, but it is also an industry issue. Change is necessary so that our next generation of creatives can thrive as it shapes the future we live.

I strongly believe that female role models are an absolute key in achieving gender equality.

Follow your passion and perfect your craft. Work outside your comfort zone. It’s important that you know your worth. Remember to work with people you respect. Create a rich work environment for yourself and surround yourself with positive people who make the better of you.