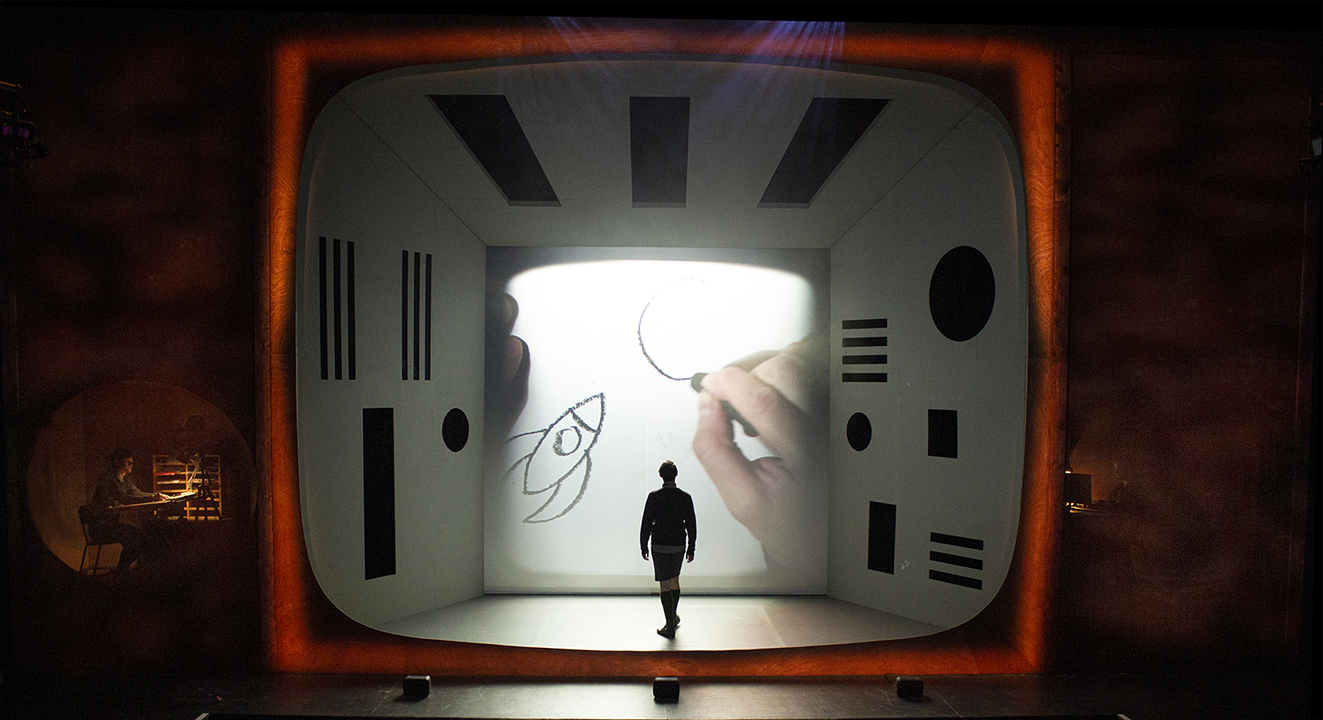 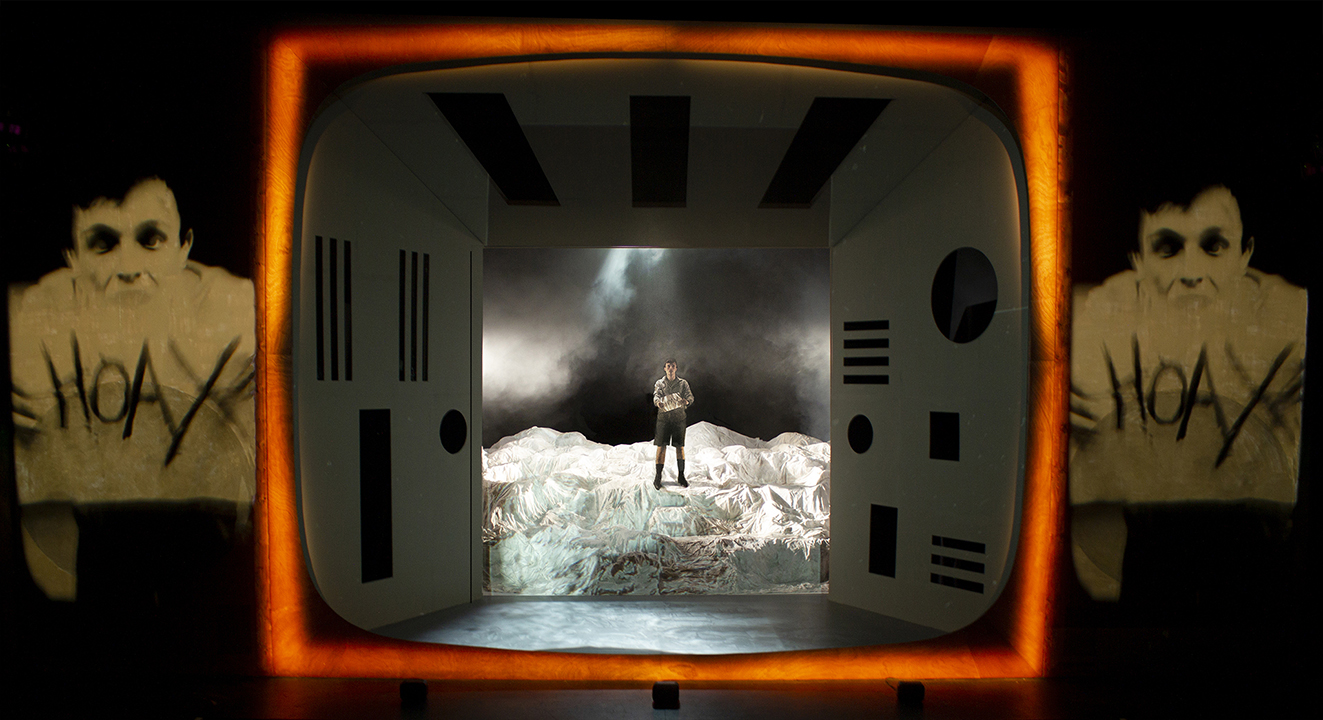 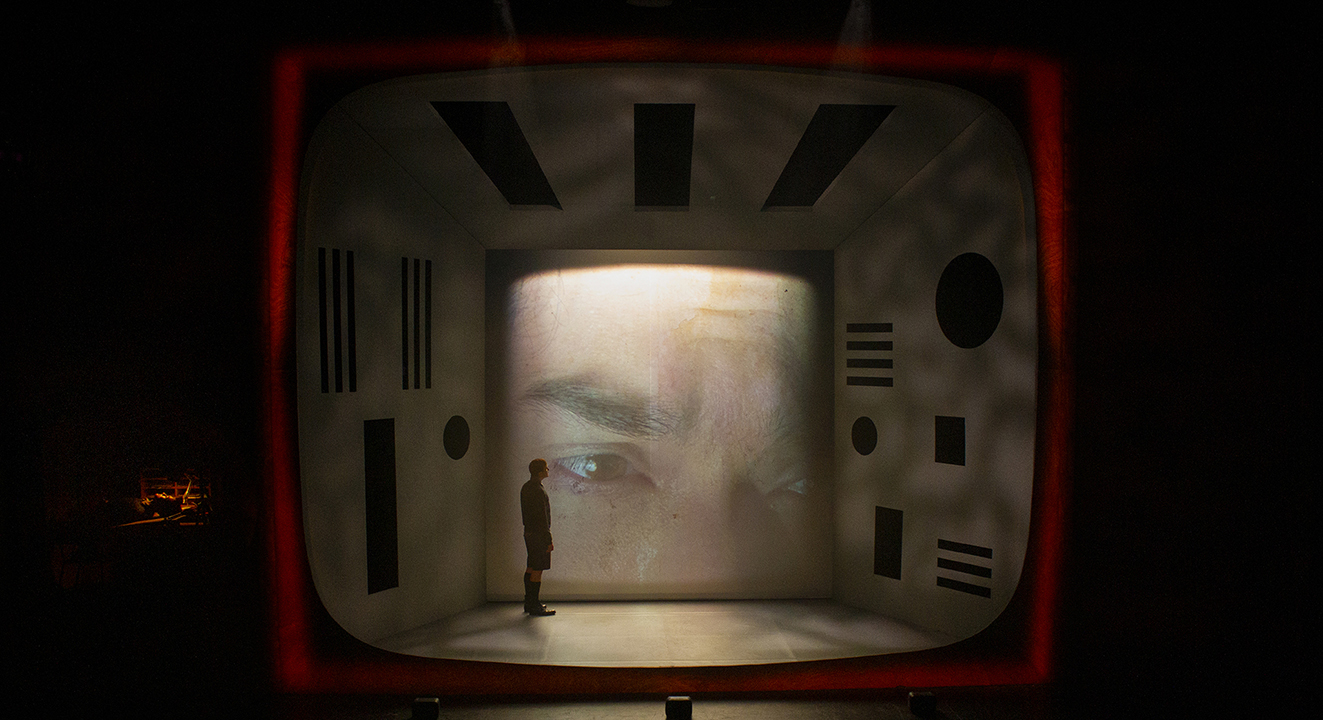 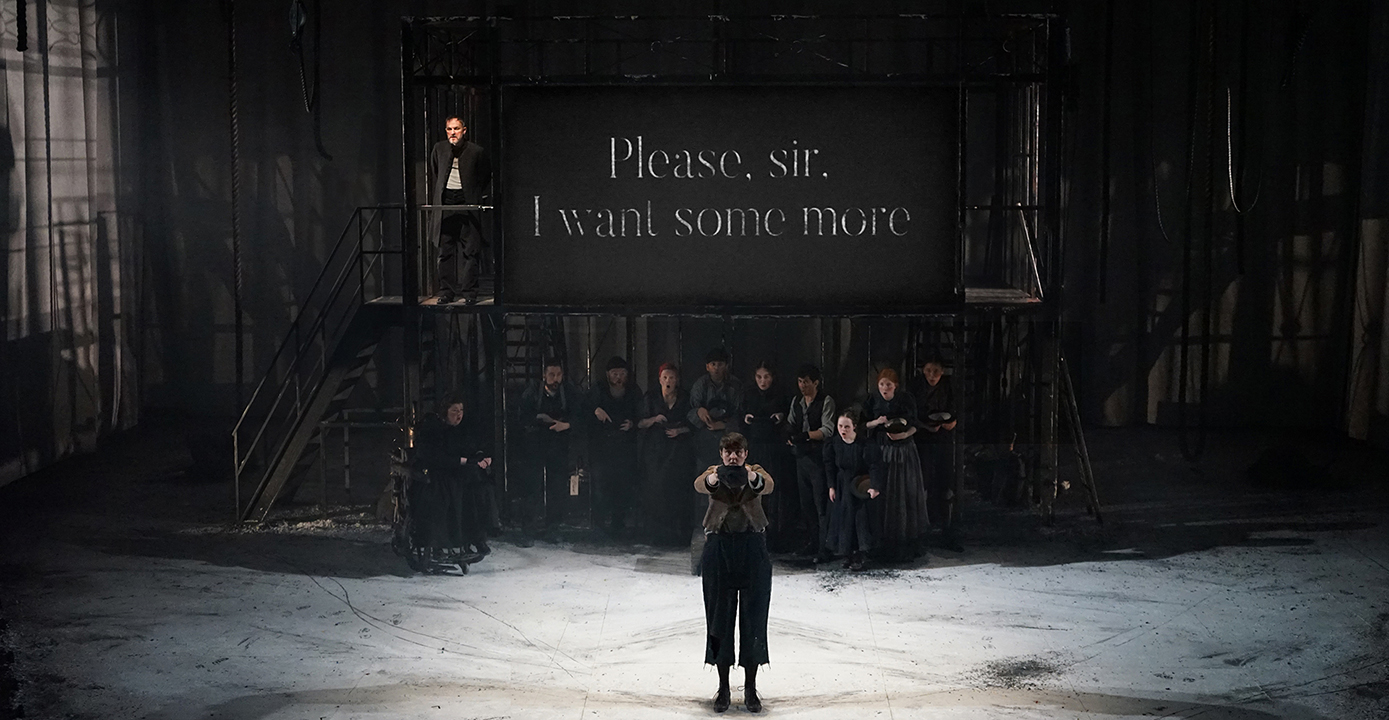 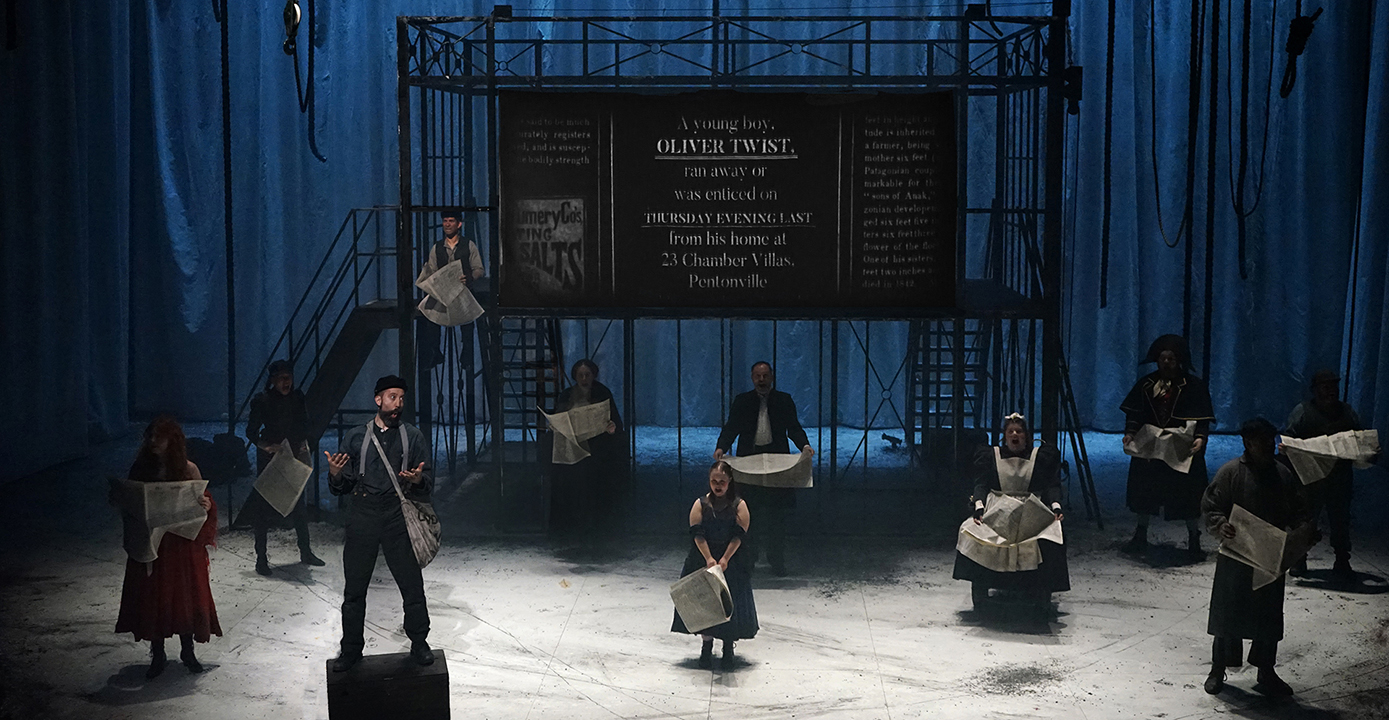 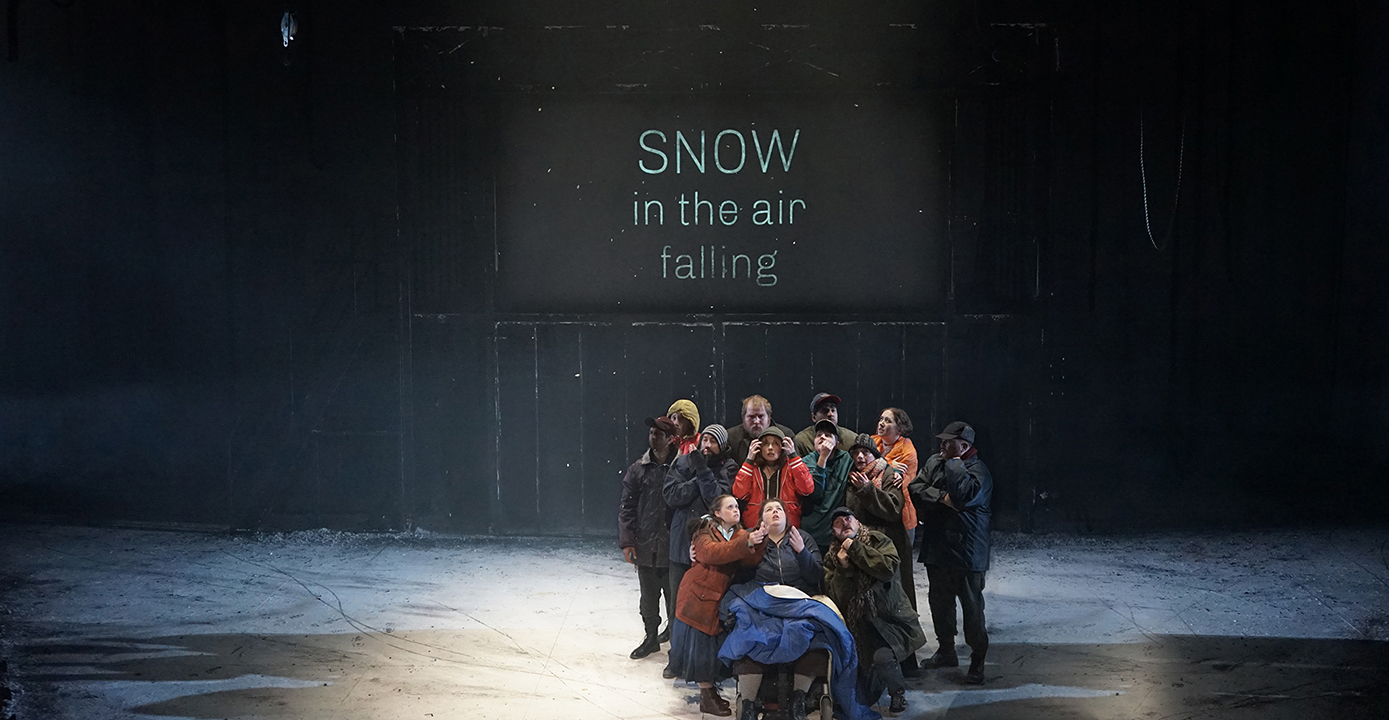 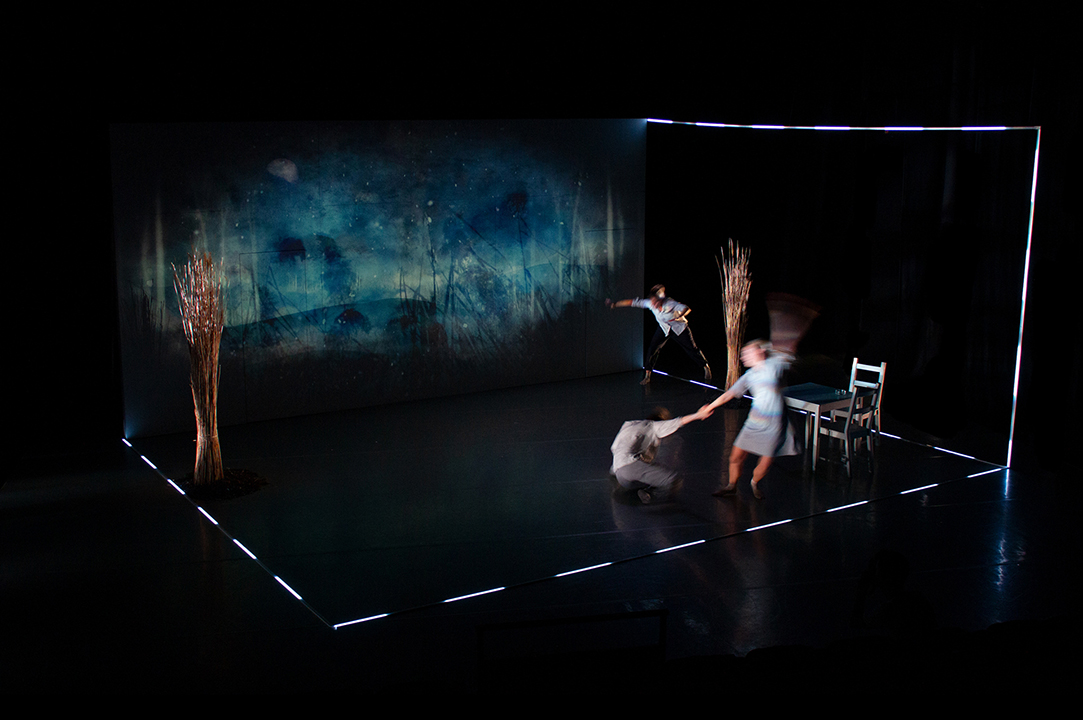 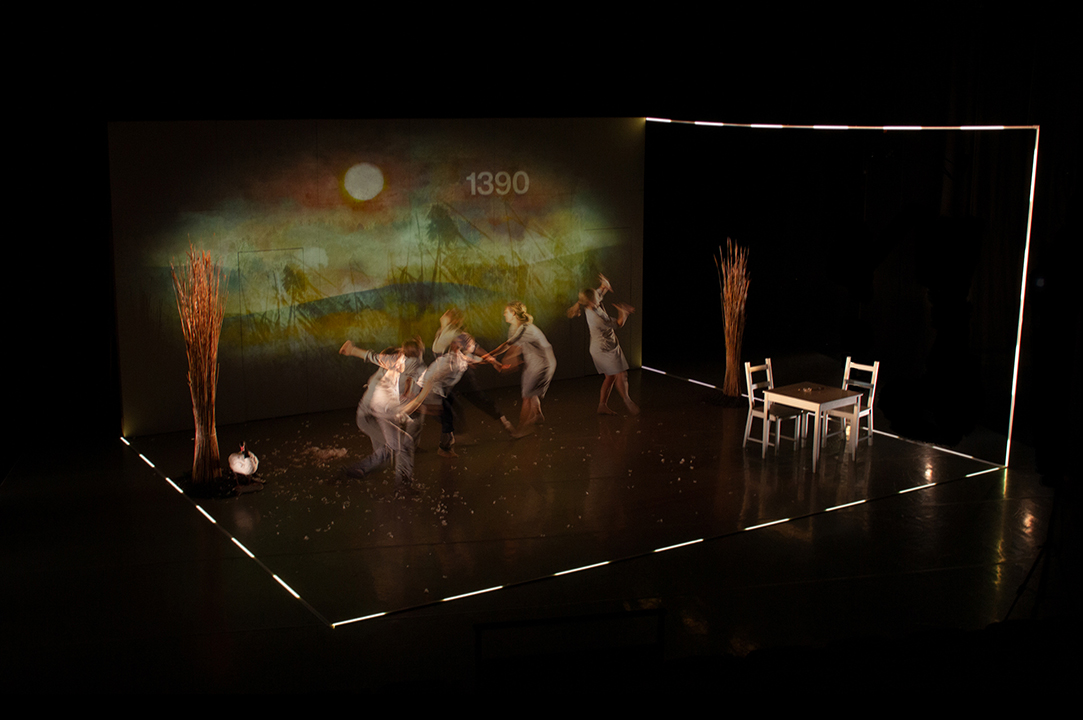 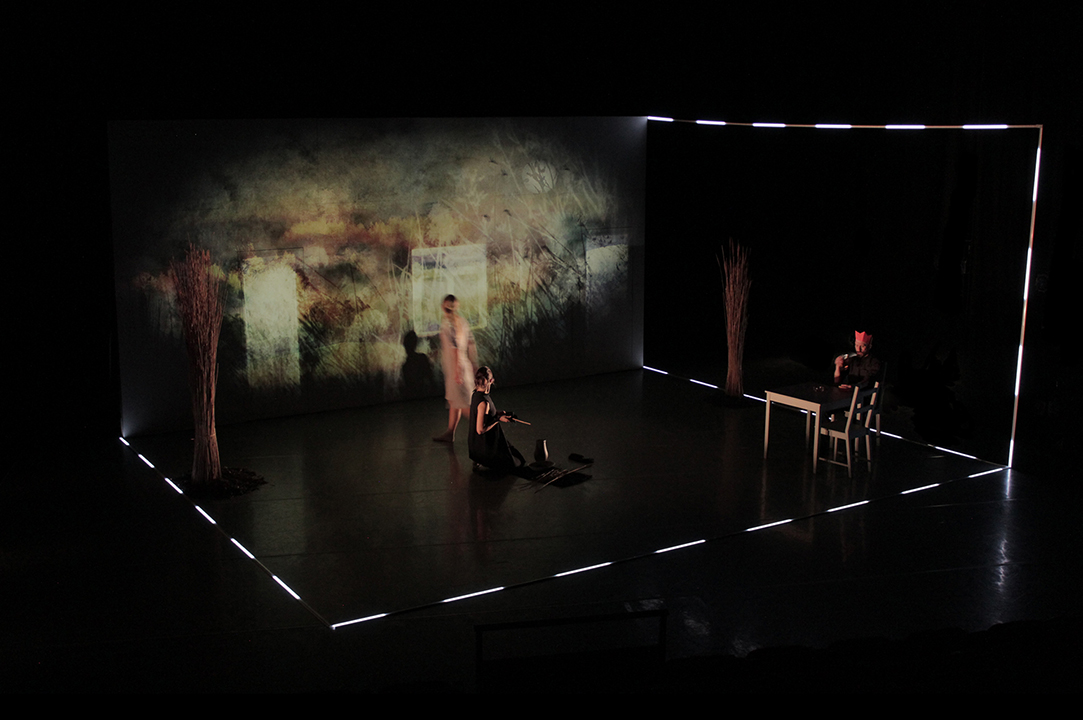 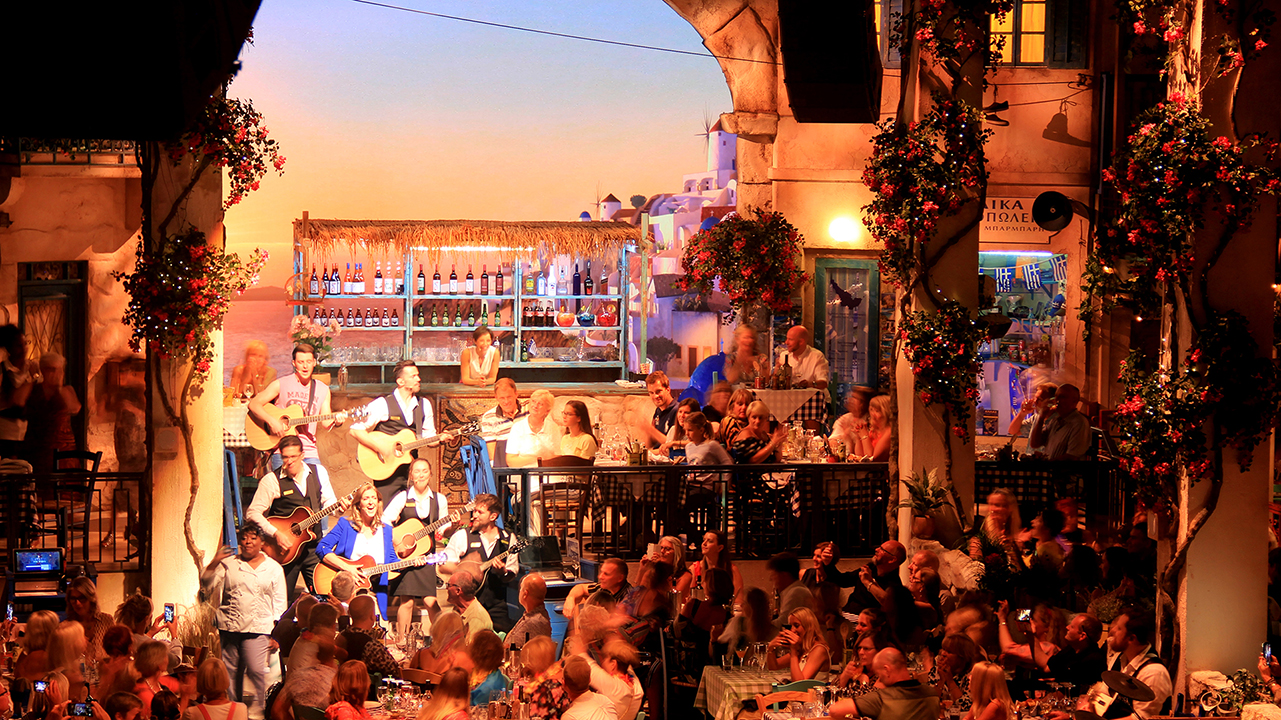 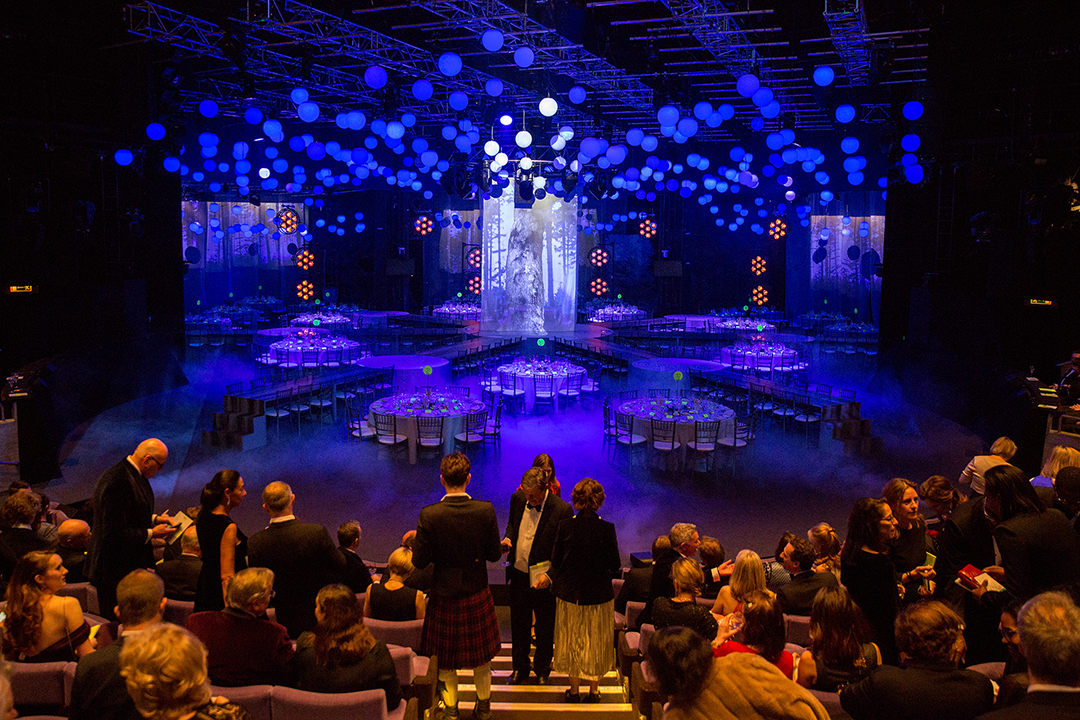 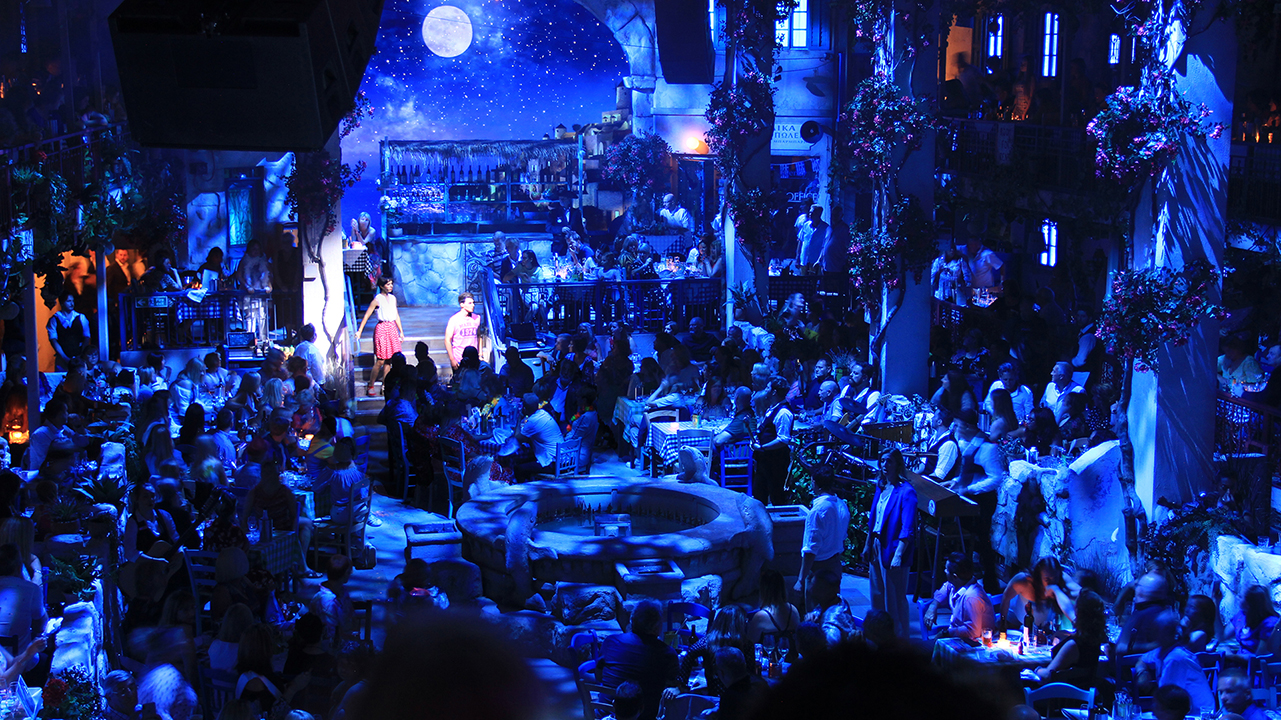 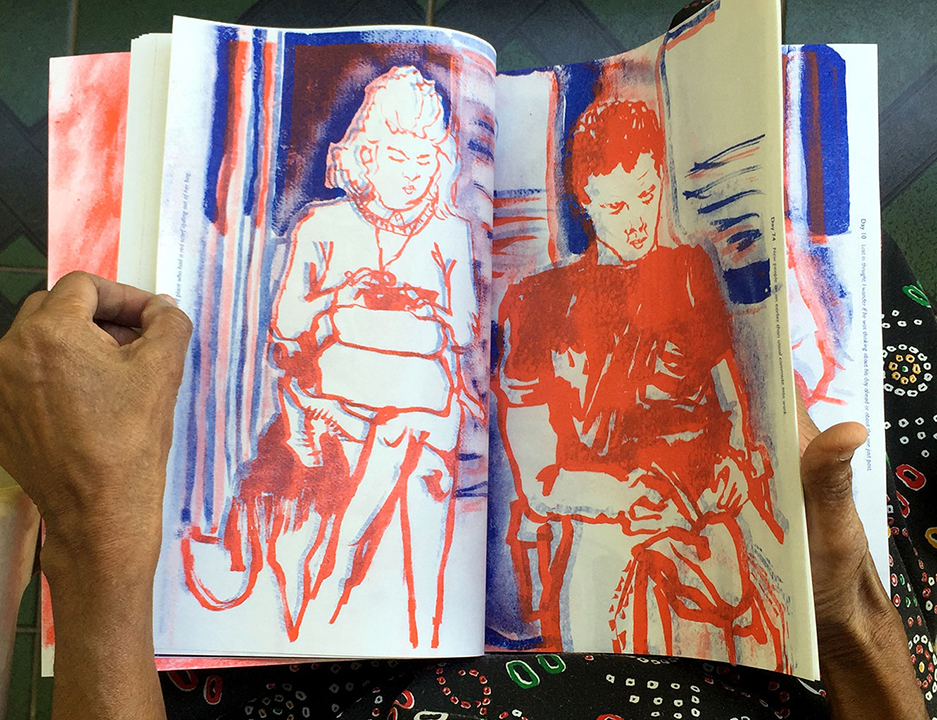 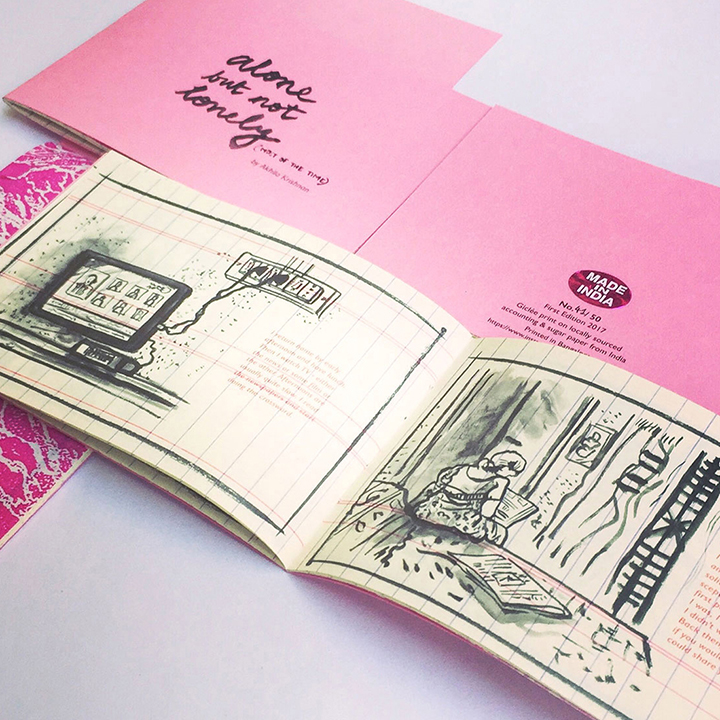 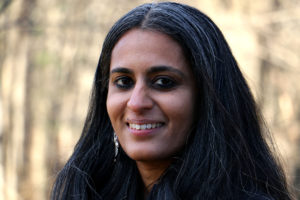 As a creative, I feel that you are always asked to choose to be a specialist over a generalist – it’s something I have always struggled with. I’ve always had varied interests and I’ve wanted to explore all of them in my work. Somehow, I’ve managed to find a way to do this and be able to juggle a varied, diverse and rich generalist practice since completing my undergraduation in 2006. So never let anyone tell you it is not possible!

I grew up in India – living, studying and working there till 2009. I’m profoundly grateful to have done that because I think it has rooted me and made me grateful for all the opportunities that have come my way – including the chance to now work on an international level. It will always be home.

In 2009, I moved to London for a Masters at the Royal College of Art and I have stayed here since then. The primary reason was that I started to work in a new field of design – projection design for live experience, and London is a centre for this kind of work.

I definitely have a love/hate relationship with the city. It’s very expensive to live in and it sometimes feels oversaturated with creatives – so it’s very hard to make your mark, especially as an outsider. The weather definitely does not help as well, I long for sunshine and sometimes I even miss sweating (due to the heat) from summers in India.

On the plus side, London feels very safe and I love being very independent here. The public transport is fantastic and I am able to walk/be on my feet a lot. I love walking and looking at the city – it helps me think and unwind. I recently was able to afford a small studio space and I’m excited about working there once the Covid 19 lockdown ends.

I don’t know how permanent this stopover in London might be. My father was in the Navy, so growing up I never lived in any city longer than 5 years. London is oddly enough, the longest I have stopped at one place. If I could afford it, I would love to have a home here but space is definitely at a premium in this city and it would always be just a base. My dream would be to spend half the year in India and the other half in London, making work between the two.

As a creative, I feel that you are always asked to choose to be a specialist over a generalist – it’s something I have always struggled with. I’ve always had varied interests and I’ve wanted to explore all of them in my work.

The best thing is the ability to walk and think – even in the most crowded parts of the city. The worst thing is how expensive it is to live here.

I’m a South Indian and there is a cliche about us growing up to be doctors or engineers. When I was about 10/12 I knew I didn’t want to do that. I wanted to be a painter and make art and that worried my mother a lot. She suggested I think about design because she thought it would appeal to both the creative and analytical sides of my personality. And in retrospect, I think she was completely right.

After high school, I applied to study at the National Institute of Design in India – set up on the recommendation of Charles and Ray Eames. The curriculum was modelled on the Bauhaus and I was in a class of 60 students (which was large for the college at the time.)
We did a year of foundation and then I specialised in Film & Video Communication for three years, spending one semester as an exchange student at the Ecole Nationale Superieure Des Arts Decoratifs, Paris.

It was one of the best times of my life and everything I know, all the work I now do is connected to my work from NID. The time in Paris, led to my interest in working with moving images in an installation based way i.e. not merely working on a flat screen. In its own way, it led to my current practice in projection design for live experience.

It was one of the best times of my life and everything I know, all the work I now do is connected to my work from NID. The time in Paris, led to my interest in working with moving images in an installation based way i.e. not merely working on a flat screen. In its own way, it led to my current practice in projection design for live experience.

Yes, I’ve been very lucky in that my parents have been extremely supportive of my work and practice. My father really wanted me to pursue a Masters and he encouraged me to apply to a number of colleges a few years after I graduated from NID.

My immediate family has been wonderful as well. They don’t always understand what I do and they’re also confused by the range of mediums I work in, but they have always supported my practice.

There are so many!

–  I’d still like to make a short film and then a feature film in the future.

–  I have an idea for a graphic anthology I am developing as well.

–  I’d like to continue developing my fine art practice and have a comprehensive gallery show one day.

In my projection design work, I’ve been lucky to have been a core part of a team that won an Olivier and a Tony award a few years ago, as well as working on projects like the 2012 Olympic Opening Ceremony and at venues like the UN Headquarters, The Sydney Opera House, The Metropolitan Opera (New York), The National Theatre (London) and The Victoria & Albert Museum, to name a few. I’d like to win an Olivier and a Tony award again, but under my own name – and be one of the first immigrants and women of colour to do so. Perhaps a full EGOT set – Emmy, Grammy, Oscar, Tony might be nice too!

On my dream list right now, is Akram Khan – a British director/choreographer and dancer of Bangladeshi origin. His work is sublime – so rooted and connected to his heritage and background, but at the same time so outward-looking, complex, creative and open to all audiences. I would love to be able to collaborate with him in the future, to understand how he conceives and authors his work.

This is a really interesting question because there is a definite dichotomy in the women I find around in my practice as a projection designer and in my work in other fields, especially graphic narrative.

In projection design for live performance, there are barely any women I see around me. We are a definite minority in this field and in my career so far, I have not met anyone else like me i.e. an immigrant and a woman of colour, which is a bit depressing.

My practice in graphic narrative is a total 180 degrees from this. I am one of the founding members of the Kadak Collective – a group of South Asian women working in graphic narrative. We’re very well known in our field and recently raised about £48000 on Kickstarter to create a project called the ​Bystander Anthology​, showcasing the work of 52 creatives (writers/illustrators, etc) of South Asian origin, from 13 countries across the world. I’m proud to be part of the editorial team for this project. The womxn in Kadak have become some of my dearest friends and are invaluable sounding boards in my work in general. I feel a part of a real community in my practice, due to them.

The womxn in Kadak have become some of my dearest friends and are invaluable sounding boards in my work in general. I feel a part of a real community in my practice, due to them.

I don’t really believe in the idea of role models or people you should ‘look up to’ in terms of modelling a career or a practice on. This is probably because my practice and interests have always been diverse and I haven’t been able to find another person with the same range of interests as myself. I believe we all need to make our own paths and that’s the difficult as well as the rewarding part of this journey we make.

That said, I’ve admired certain female creatives as I grew seeing, for different reasons. Arundhati Roy – for the complexity and ferociousness of her work and writing. Mira Nair, for her ability to tell local stories on an international scale. My dearest friend Aneeth Arora, from the fashion and textile label P​é​ro – for the connection and rootedness of her work to India. The artist Doris Salcedo, for the scale, ambition, and poetry of her work.

I think there are so many challenges to being a female across all the industries that I work in, particularly projection design/moving image. You’ll always be in a minority in a room – so you will have to speak out aloud to be heard. If you are surrounded by insecure men – they’ll label you loud and difficult for speaking up. They will also wilfully ignore you, often respecting you less and paying you less. It can be very frustrating and very alienating. You’ll also feel immense pressure to perform well all the time – any failure or mistake feels like the last chance you will get. This is of course not always true, but it always ​feels true, which is a lot to handle. You always will have to work twice as hard and twice as long to be given the same opportunities as a man. So I’ve found, it’s always better to try and make your own. People will always try to box you in and limit you – it’s up to you to push outwards and create new spaces for yourself.

You will have to be your biggest champion and hold strong to an inner compass.

You will have to be your biggest champion and hold strong to an inner compass. You will have to fight to tell your stories the way in which you want to and one day you will. It will be long and you will be tired, but you’ll find a few moments here and there that will make everything worthwhile.

Photos courtesy of ​Akhila Krishnan and Kate Cowdrey for the National Theatre.