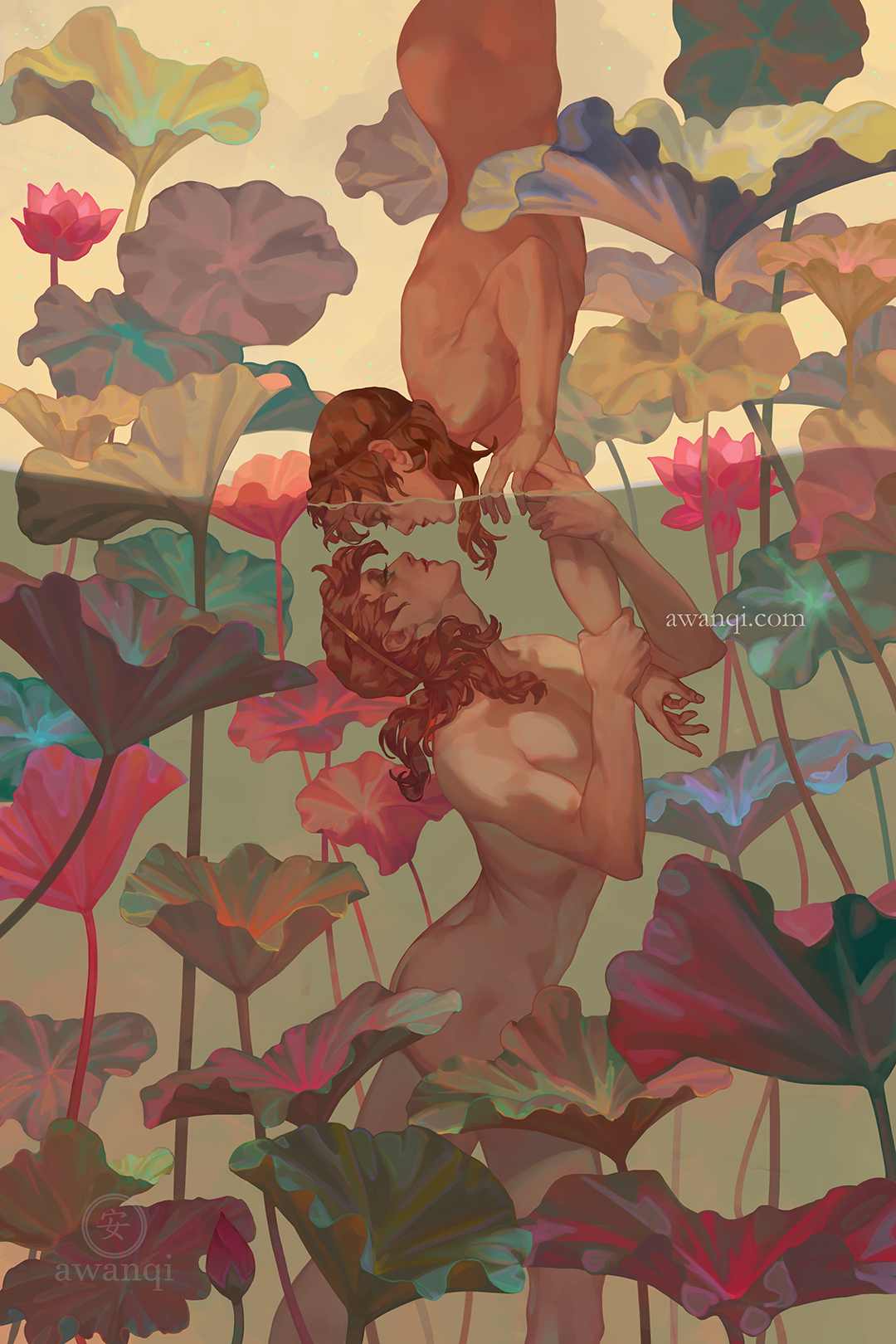 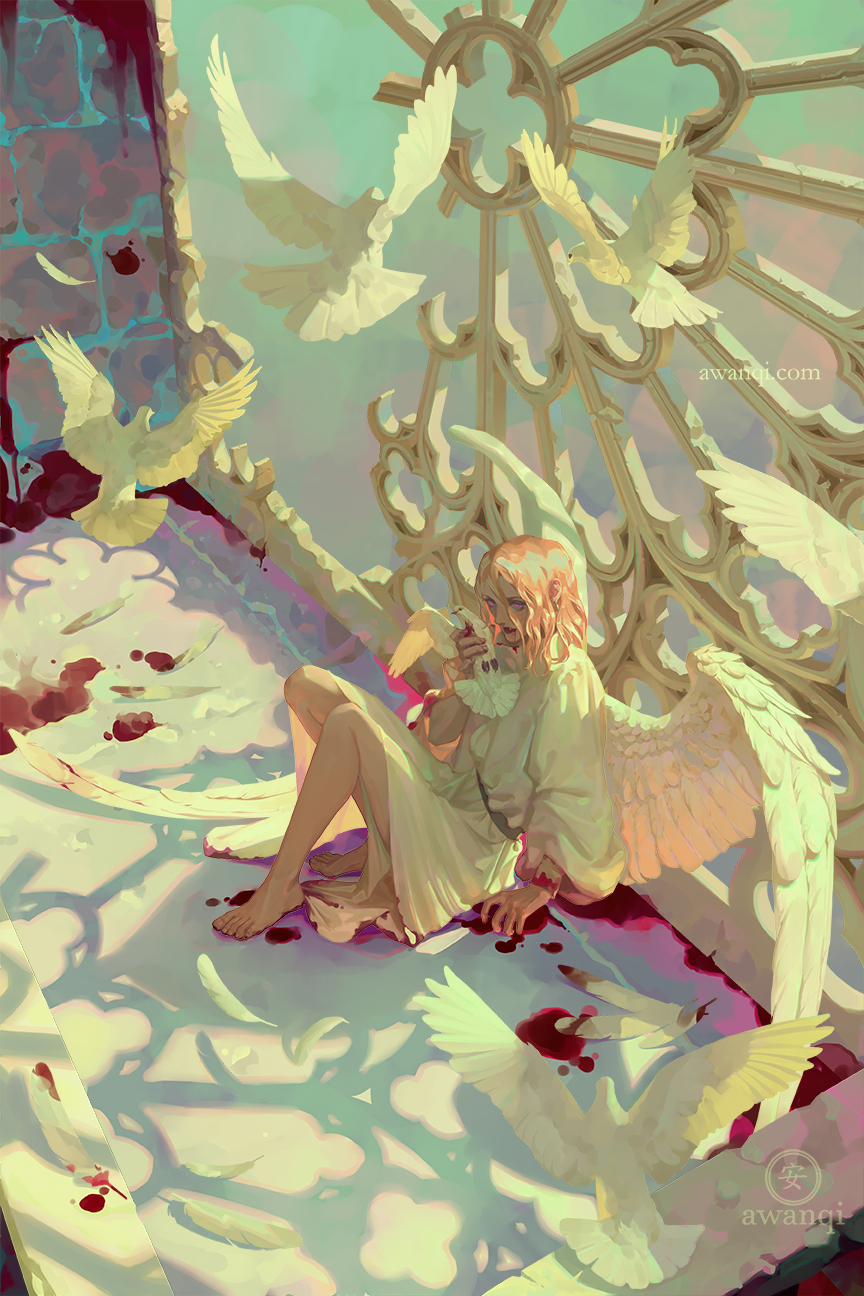 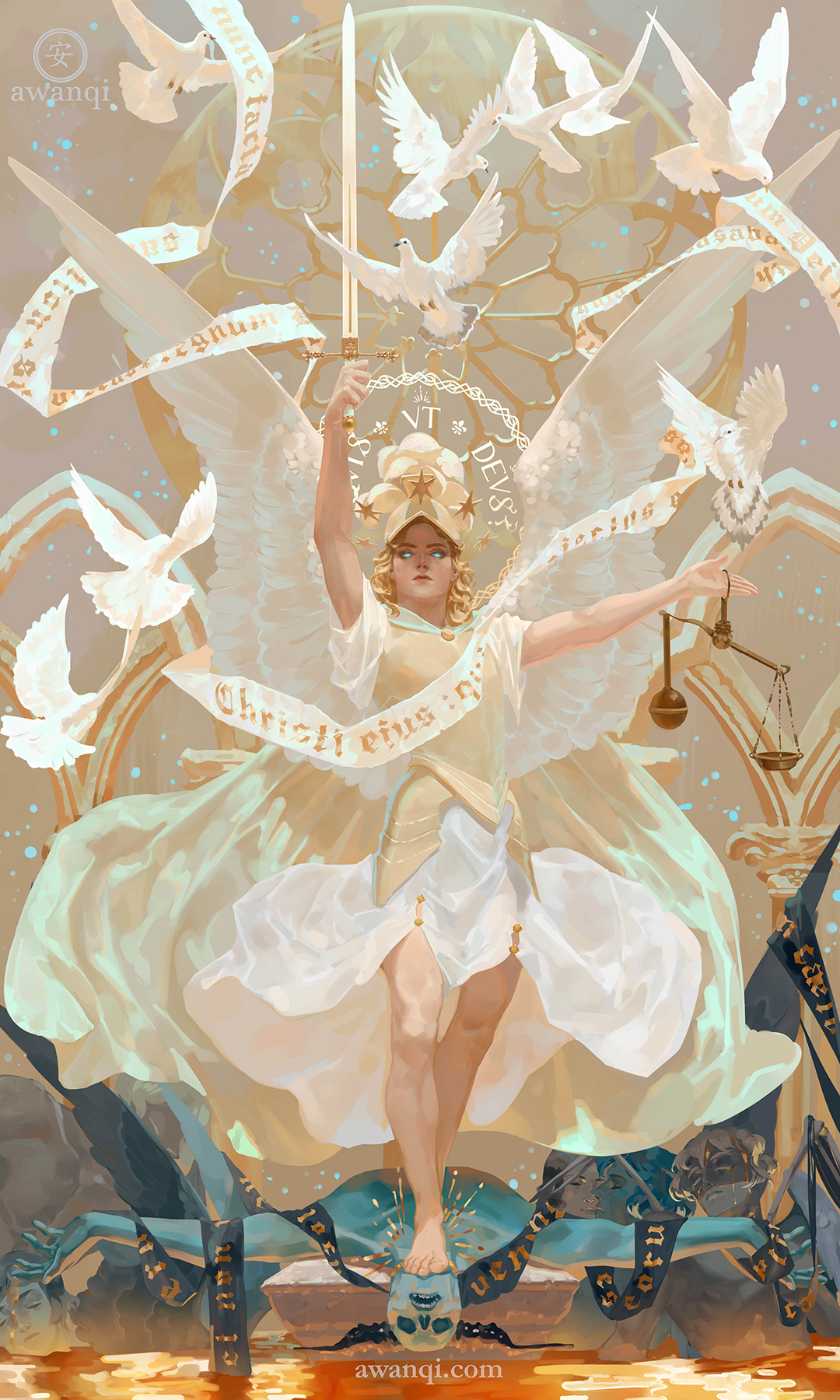 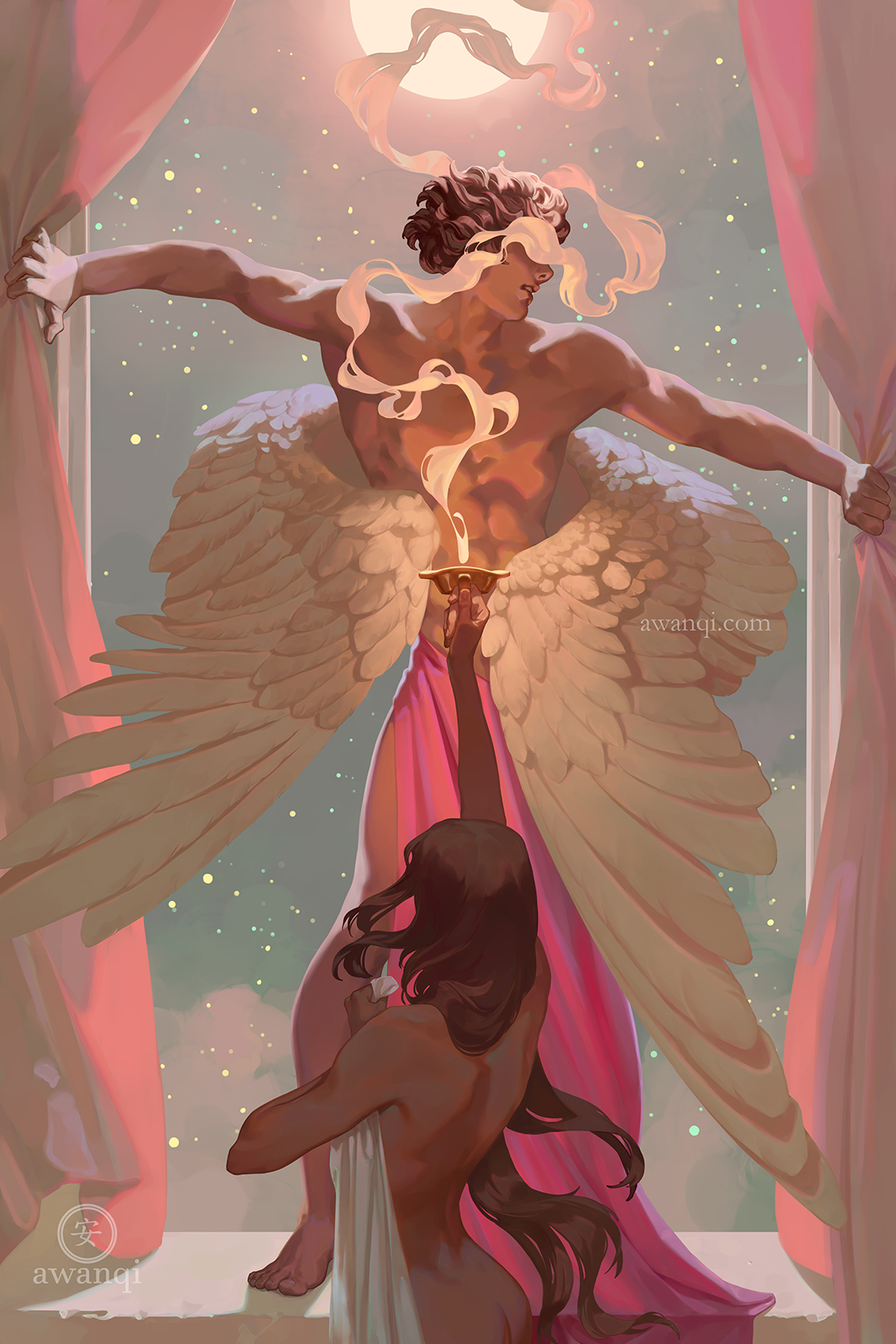 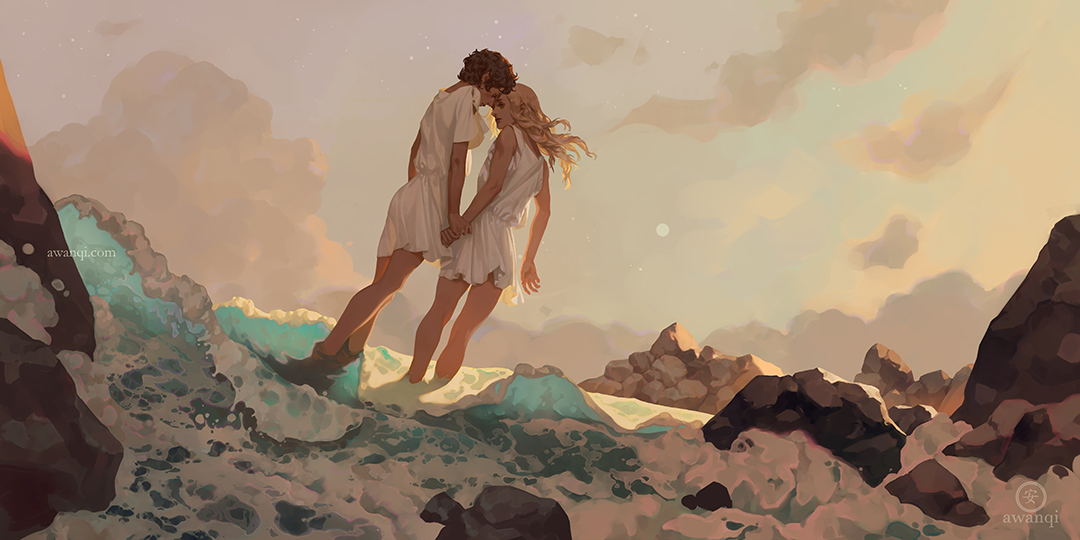 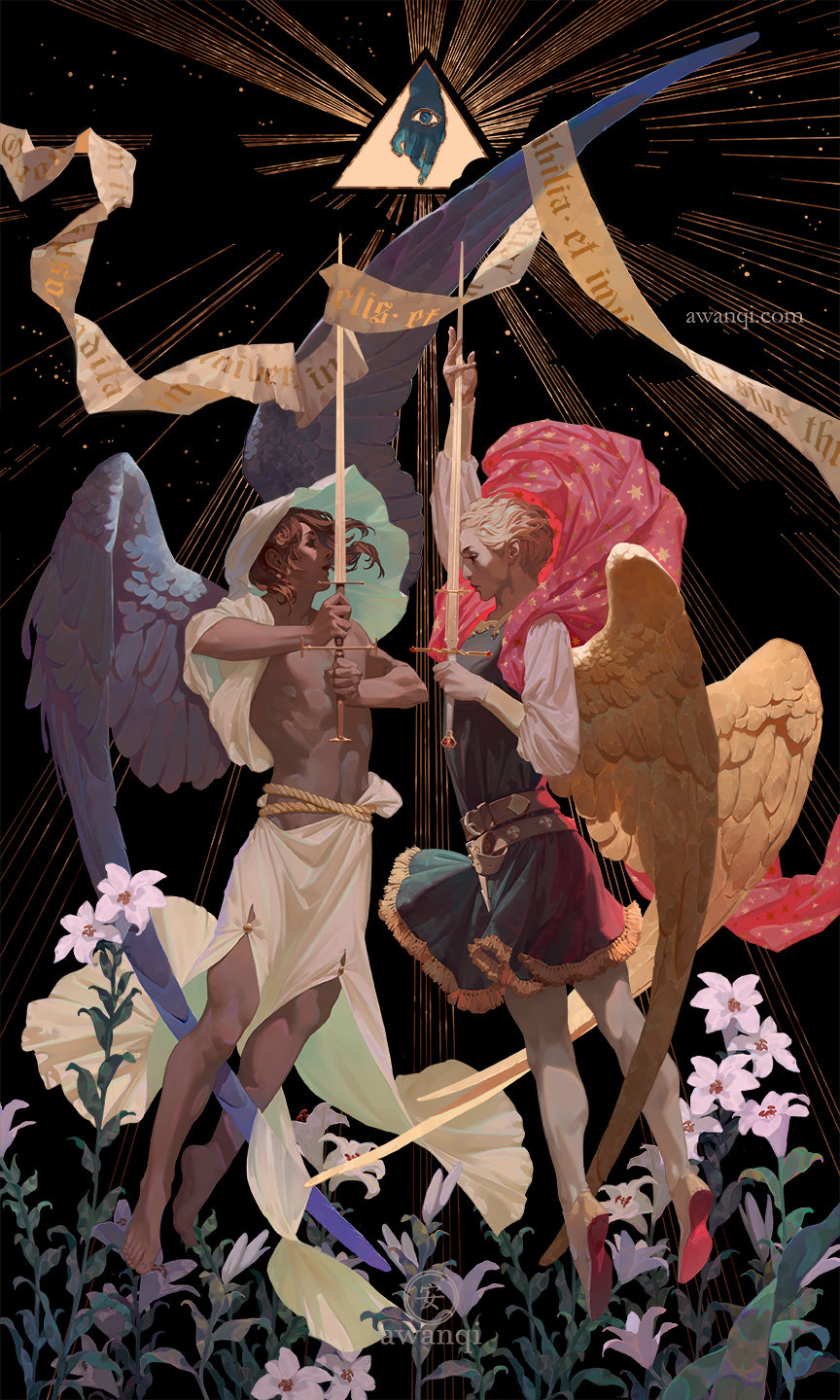 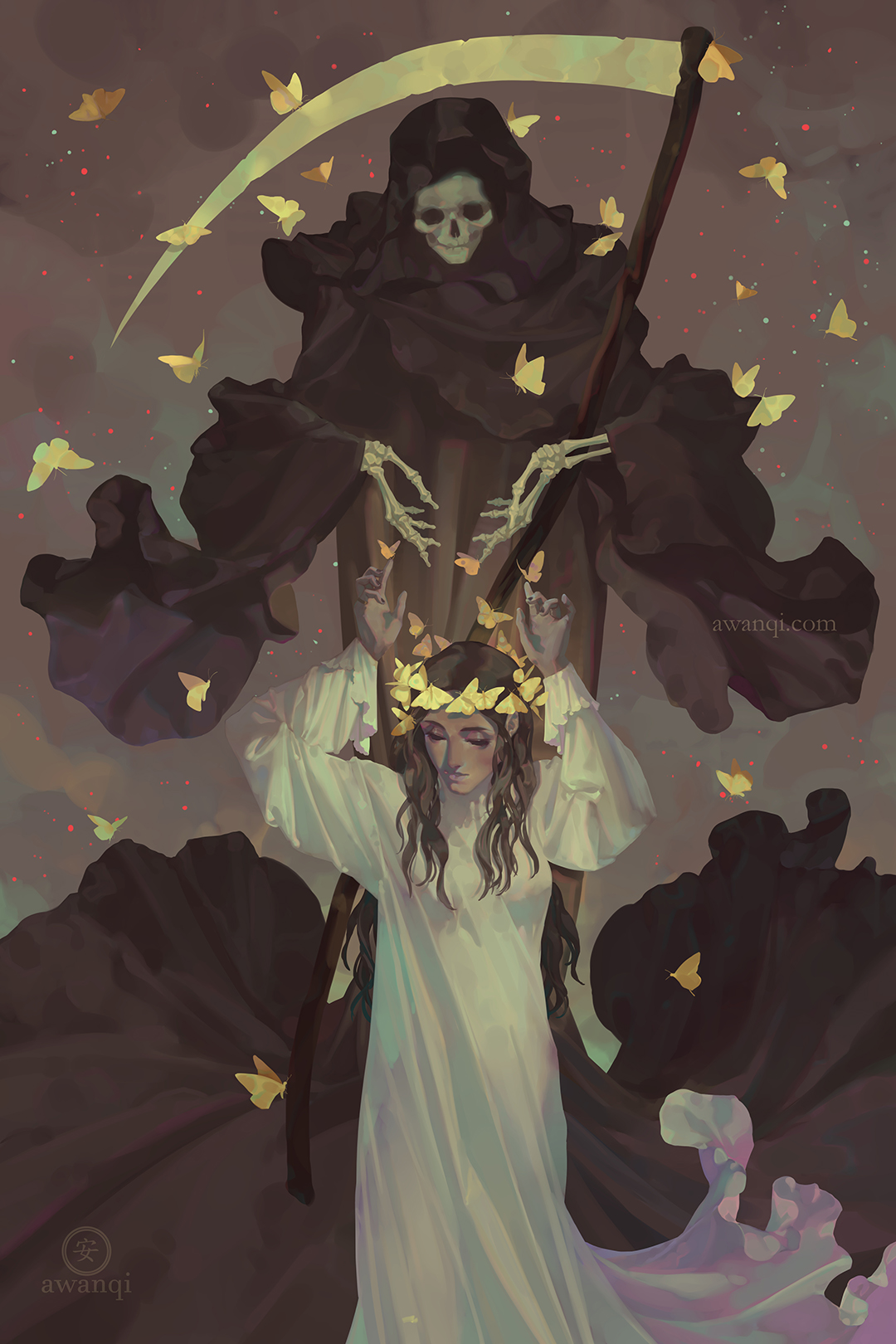 I’m currently a student majoring in illustration at the Maryland Institute College of Art. I’m originally from California but moved to Texas when I was young. I’ve always liked art as a kid, but only got into it relatively seriously in middle school, and then my hobby grew into an area of study and focus as the years went on. My favorite subject is history, so that shows up quite frequently in my art.

I live in the suburbs surrounding Dallas, and it’s peaceful. I swear the sun shines brighter here than in Baltimore, where I was at for the last 3 years for school. There’s less of an art presence here, but I actually like that since it gives me a reprise from my work once in a while, and I appreciate the balance.

I’ve always liked art as a kid, but only got into it relatively seriously in middle school, and then my hobby grew into an area of study and focus as the years went on.

The best thing is the safety and quiet, as well as the ease of access to things like stores; it’s just your normal American suburb. It’s not glamorous, and maybe that’s why I appreciate it so much. The worst thing is the political leanings of the general public.

How did you start your work as an artist/illustrator?

When I was younger, things like comics and movies got me interested in pictures; I thought they were fascinating, so it was incumbent on me to become a part of that world. I posted art online and it gained traction, so I just continued drawing more. For some reason, people responded to it, so I was happy to provide more, whether it was through social media or for commissions.

When I was younger, things like comics and movies got me interested in pictures; I thought they were fascinating, so it was incumbent on me to become a part of that world.

Even if they said no, I would have kept going! Thankfully, I didn’t have to be in that situation, so yes, they were supportive. It helped leaps and bounds in my development; I’m sure that if it was the opposite, I still would have continued with art, but I would most certainly have turned out differently and probably not for the better.

Get published in print media (books, etc.), maybe even exhibitions. Though really, I just want to have a stable and happy life with the people I love and to make the best art I can.

Get published in print media (books, etc.), maybe even exhibitions. Though really, I just want to have a stable and happy life with the people I love and to make the best art I can.

What are the biggest challenges you face as an artist/illustrator?

Just my mother: Quiet, reserved, and hard-working. I can’t imagine– well, I can imagine, just with trepidation– the things she went through to raise a family in a new country, without knowing the language well. It’s something I admire a lot. It must’ve been so scary, but she did it anyway, along with my father, to provide for a better life for her kids.

There wasn’t really anybody like that when I was growing up. Art isn’t a big thing around where I live; it’s not a city of culture like New York or Paris is, so I was in a bit of a more remote location when it came to art.

Brace yourself, it’s not easy.

Brace yourself, it’s not easy. In general, a future in the arts will be tough, but if you work hard and are passionate, you might come across many rewarding experiences, so it is worth taking a leap and seeing where you land if this is what you really love and want to do with your life. Have a positive outlook and be kind; there’s not much more detrimental than a bad attitude or cynicism. Lastly, don’t forget to have fun. It’s what we’re here to do.

Whataburger (not really local, it’s a chain, but only down south). When I was still going to school in Baltimore and would come home for breaks, my friends and I would meet up at our closest Whataburger frequently, and I was always happier during those times so it just associated itself with my general wellbeing over the years.

Akane Malbeni asks: What are you into outside of being a creative?

Reading, history, comedy ( I’m not saying I’m funny, I just like to be surrounded by funny things).

Anushka Tendolkar asks: Have you ever had imposter syndrome? How did you overcome it?

I’ve had it, I still have it at times, and I don’t think it will completely go away. However, in the moments where it’s suppressed, I realize that nobody else actually thinks of me that way, and I should stop thinking so hurtfully about myself. The feelings have no true bearing, so there’s no reason to accept it fully.

What has been the highlight of your artistic journey so far?