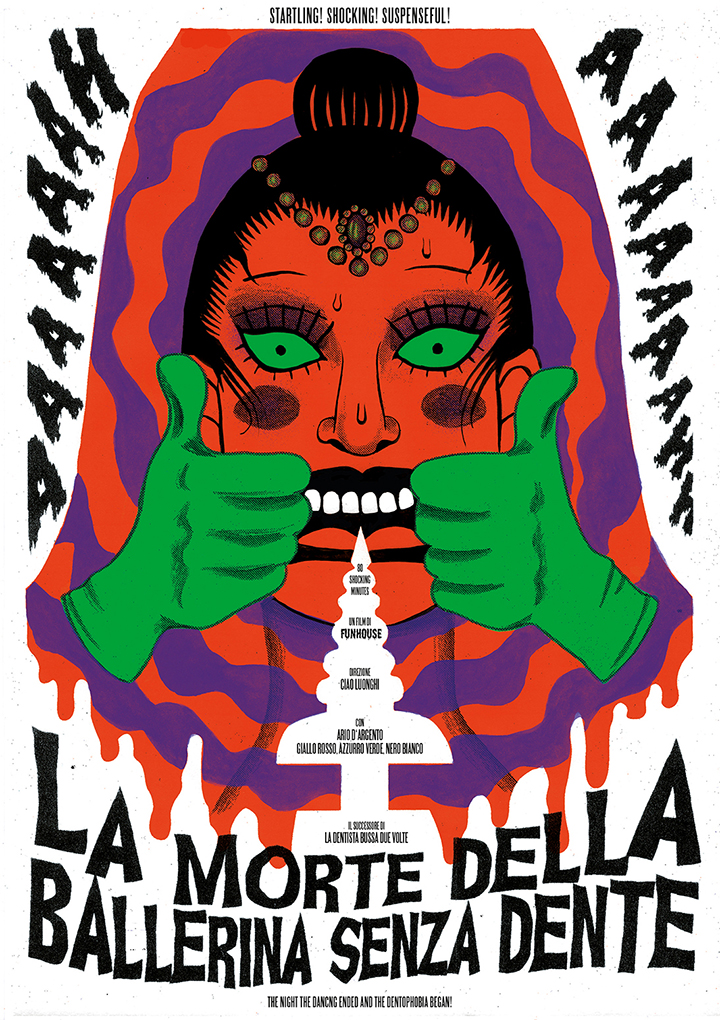 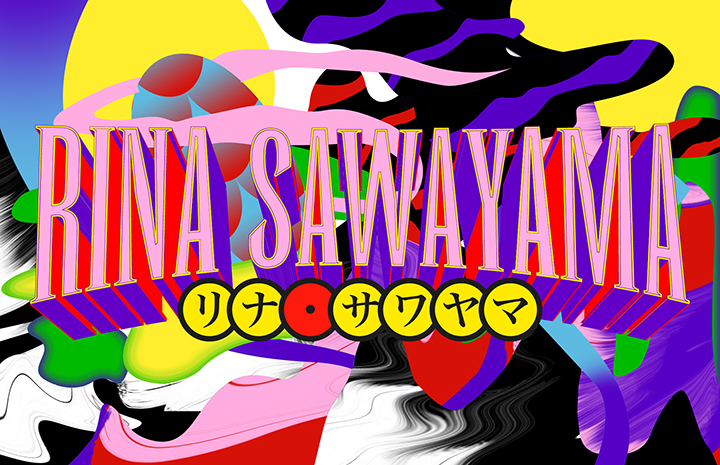 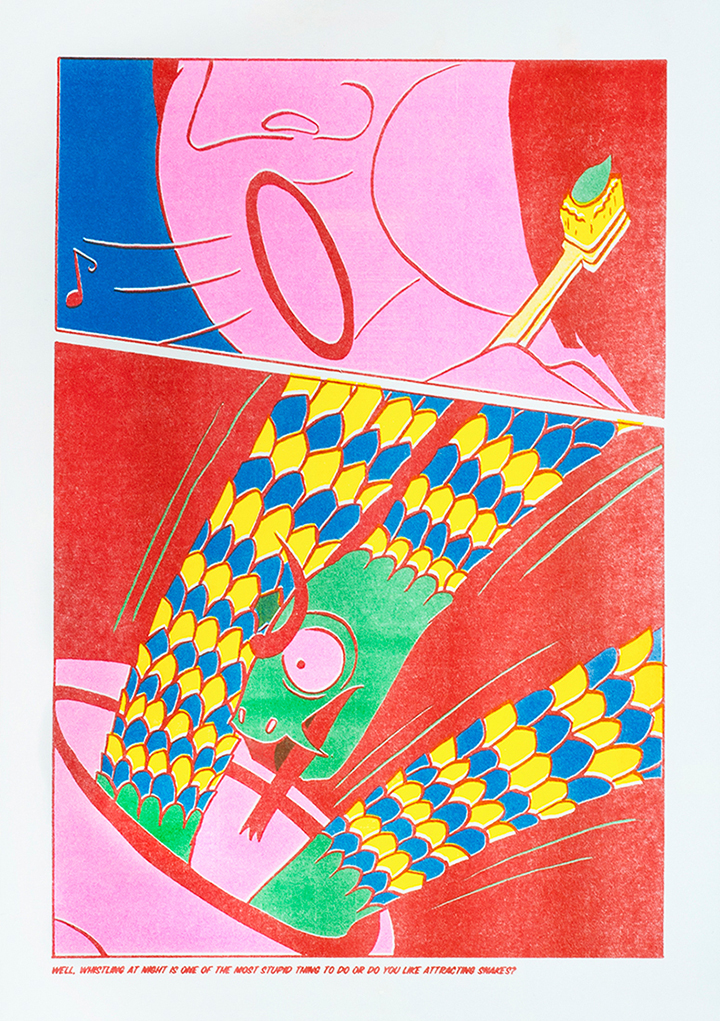 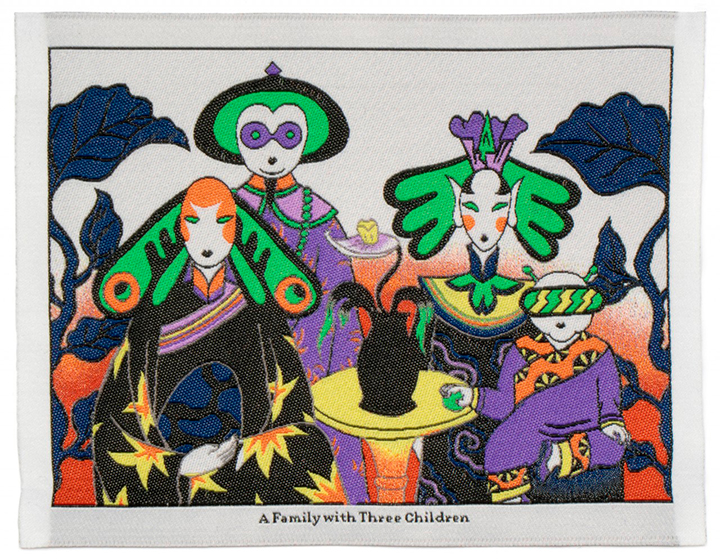 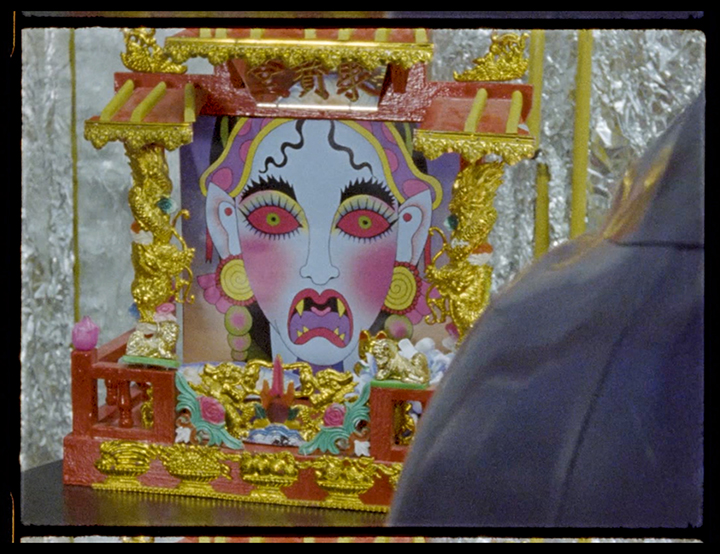 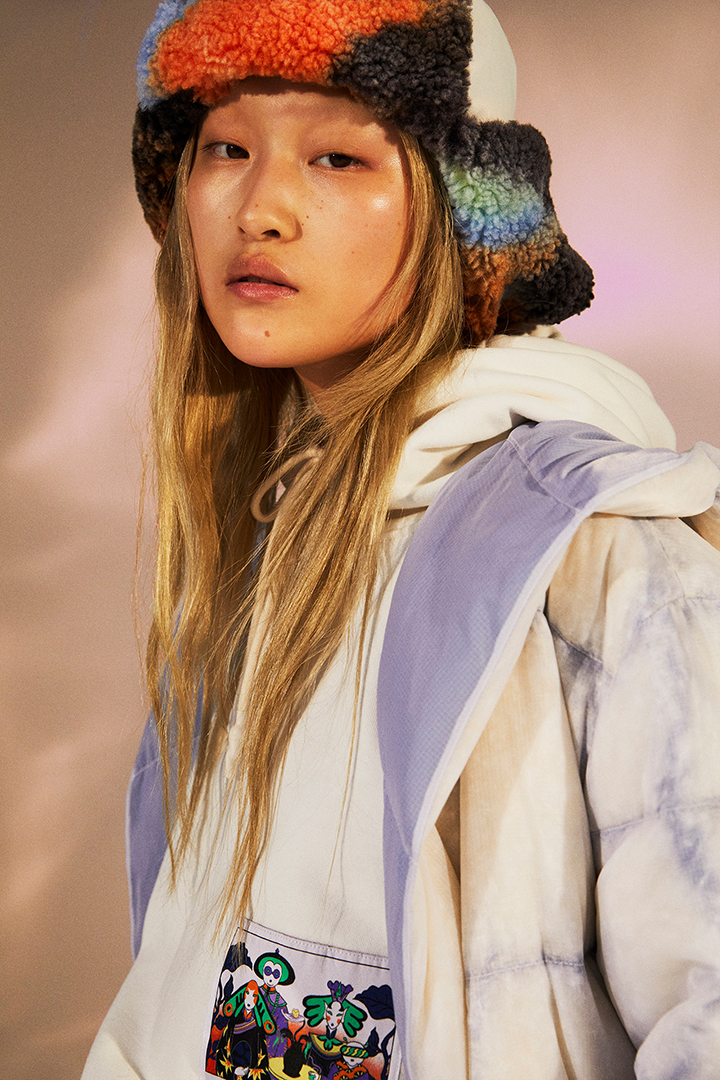 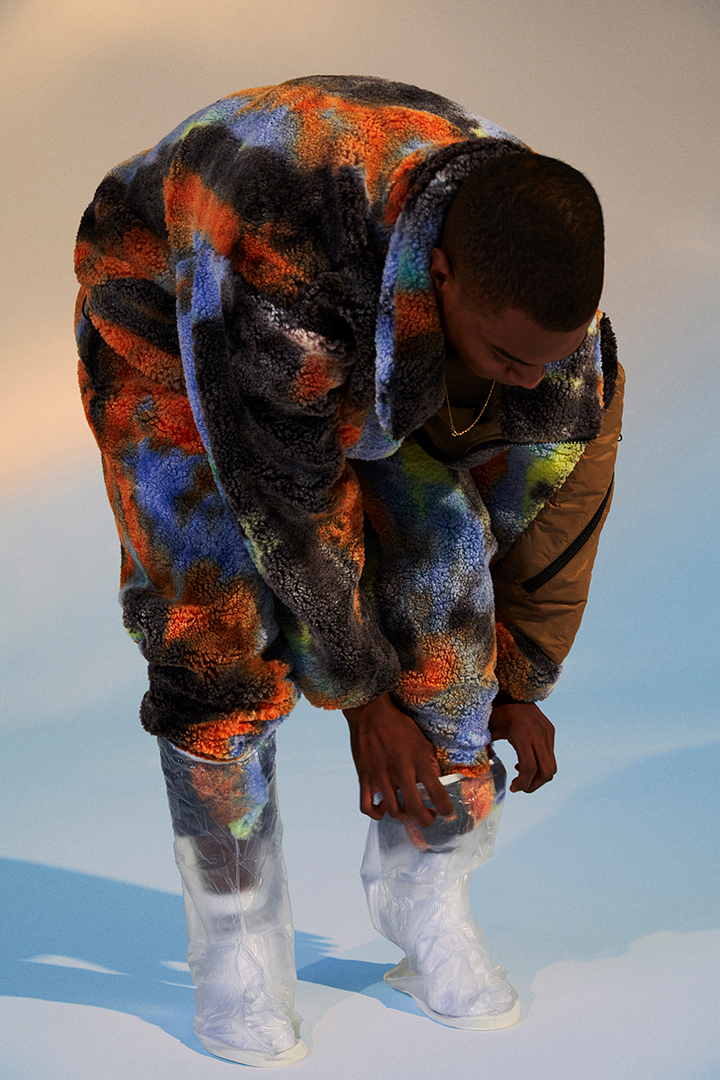 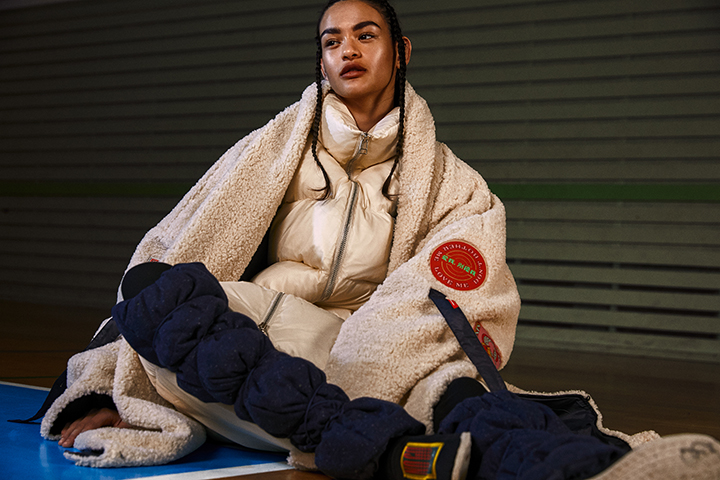 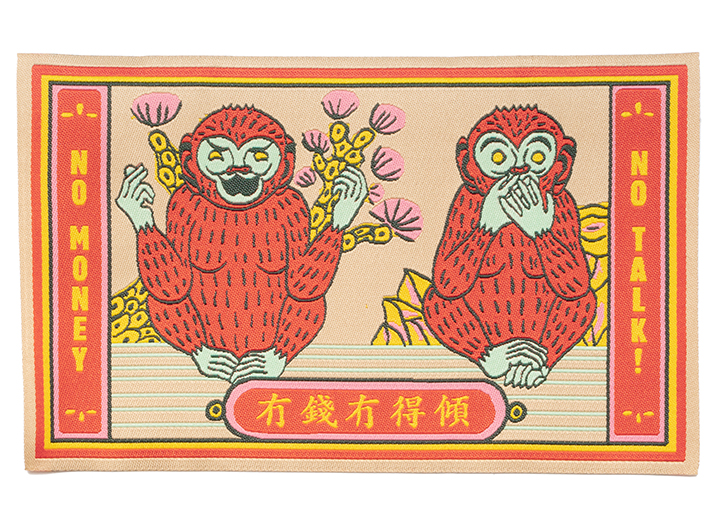 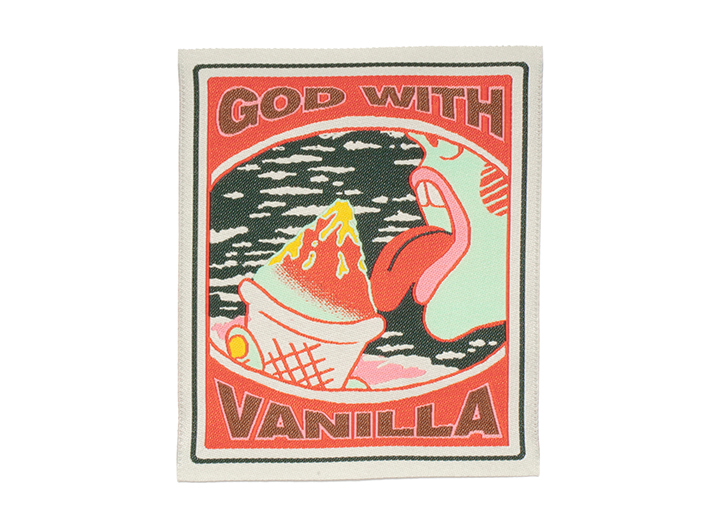 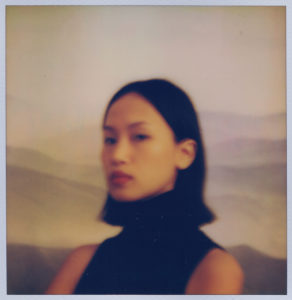 Hello there! My name is Chau and I’m an illustrator and art director based in Berlin, Germany. I create images across mediums and my clients so far have mainly been from the fashion and lifestyle industry. I’m relatively new in the industry meaning that I just started venturing into freelance life over a year ago. Going into freelance was more or less spontaneous as I suddenly gained visibility due to an unexpected article on ‘It’s Nice That’ about my work and clients slowly started coming in. I’m now working from a studio space I share with other creatives.

I moved over a year ago to Berlin. Before Berlin, I lived close to Frankfurt and felt a bit out of place there. What I really like about Berlin – apart from the infinite food possibilities — is that it’s quite diverse and eclectic. It’s very different from the rest of Germany. People don’t really care about your looks and origin. I can go out and have fun but when it gets too much, I can shut out any noise.

What I really like about Berlin – apart from the infinite food possibilities — is that it’s quite diverse and eclectic.

The best thing about Berlin is that you can easily lead a comfortable life since it’s not hard to keep up with some sort of living standard. The downside is, you can quickly lose focus if you’re not compelled to hustle all the time. You might spend a lot of time thinking about things instead of doing them. Leaving this aside, it’s a lovely city to live in. It’s vibrant, multicultural and I cannot stop re-emphasizing: loads of budget friendly, great food! I also enjoy the music scene in Berlin, there’s so much to discover.

My answer probably differs not too much from others but I’ve loved drawing since I was a kid. I read a lot of comics and books, enjoyed Japanese street fashion, played video games and watched a not so insignificant amount of cartoons. My father would take me every month to the video store and we’d rent the weirdest cartoons. He always has been interested in peculiar things, so I was sort of encouraged to pursue unusual interests. There was also a German ‘gfx’-community online back then where teenagers like me made graphics and websites for fun while discussing at length the latest episode of Inu Yasha.

I can’t remember a point in my life where I had the ambition to do something uncreative, so after high school, I studied visual communication and subsequently arts as I wanted to do something less applied. During my studies, I interned in London in the fashion industry because the experimental and artful approach of the emerging fashion designers there aligned with my interests. It was my attempt to breaking out of the art school bubble, doing something that is very much out of my comfort zone. I wasn’t interested in an internship in a studio but wanted to so something practical yet still challenging. Around that time I was also approached by a modeling agency in London named Anti-Agency. This led me to pursue modeling part-time for a while as an additional income.

It’s difficult to pinpoint the exact moment but I guess my childhood, my studies and my time in London set the course for where I am today.

My parents were initially suspicious of the idea of me becoming a creative. I come from a working-class background, my parents are Vietnamese immigrants and there’s always the pressure to follow the ‘model minority myth’. It didn’t come natural for my parents to embrace the fact that I’m not going to pursue a stable and ‘good’ job. A stable job meant a secure future for them. I also feel like my parents’ initial worries didn’t stem from a general disapproval but were more a cultural and generational thing.

In the end, I earned the respect of my parents by showing them how much effort I make and they have supported me throughout my education for which I’m very grateful.

I’m still in the early stages of my career, so my list of goals is endless. Right now I’m trying to incorporate moving image and spatial work into my portfolio.

One of my absolute dream jobs would be to work as a production designer at or direct a movie like ‘Hausu’!

There are too many! Once I start the list I could go on forever. I would love to collaborate with Rei Kawakubo. I’m also enamored with Gaultier. Working with directors such as Seijun Suzuki, Nobuhiko Obayashi, and David Lynch would be amazing.

The last book I read was ‘On Earth We’re Briefly Gorgeous’ by Ocean Vuong, I’d love to create images for his words. There are also numerous people I wish to revive from the dead such as Kobo Abe, Klaus Nomi, and Ian Curtis. Working with musicians, in general, is something I find very exciting.

The womxn around me are kind, loyal and humorous. I like to keep people close to me that are ambitious, positive and driven, it inspires me and lifts me up.

The womxn around me are kind, loyal and humorous. I like to keep people close to me that are ambitious, positive and driven, it inspires me and lifts me up.

I was barely surrounded by female creatives aside from my art- and piano teachers whose understanding of creativity differed from mine. So no, unfortunately, I didn’t have a local female creative I looked up to but I had many non-local heroes.

I admired mangakas such as Rumiko Takahashi, Ai Yazawa, and Clamp. I love that their comics depict strong female leads with complex stories. Then there is German illustrator Binette Schroeder whose children books were my first conscious encounter with illustration. To this day it’s still a joy to look at her books.

All those female artists were huge inspirations to me.

I think as a female you will come across obstacles in every industry. My encounters have been mostly positive, although I sometimes feel pigeonholed. Like people assuming what kind of work I do based on my outward appearance. Those situations are more linked to my origin than me being female, though.

Just take whatever life throws at you and make the best out of it because chances will arise where you don’t expect them!

I’m not that long in the industry but based on the experiences I’ve made so far, I believe it’s really important to believe in yourself first. I was uncertain about my work as well as myself for a long time. It’s a good thing to be self-critical but it’s equally important to have faith in yourself otherwise you’ll be an easy target for exploitation. The line between self-criticism and self-deprecation gets easily blurred.

Be kind and nice because first of all, you can’t build a career in isolation and secondly, you never know where the next opportunity lies. But also take a stand if you’re certain that you’ve been treated unfairly. Don’t let the business side slide, it’s as important as the creative work. After all, being a freelance creative is not only about the creative side but also the business one.

So take your work very seriously but not yourself so much, show your work and ask for feedback from colleagues. I think many positive experiences I made happened by putting myself in interesting places while not having a predetermined notion of my future career. Just take whatever life throws at you and make the best out of it because chances will arise where you don’t expect them!