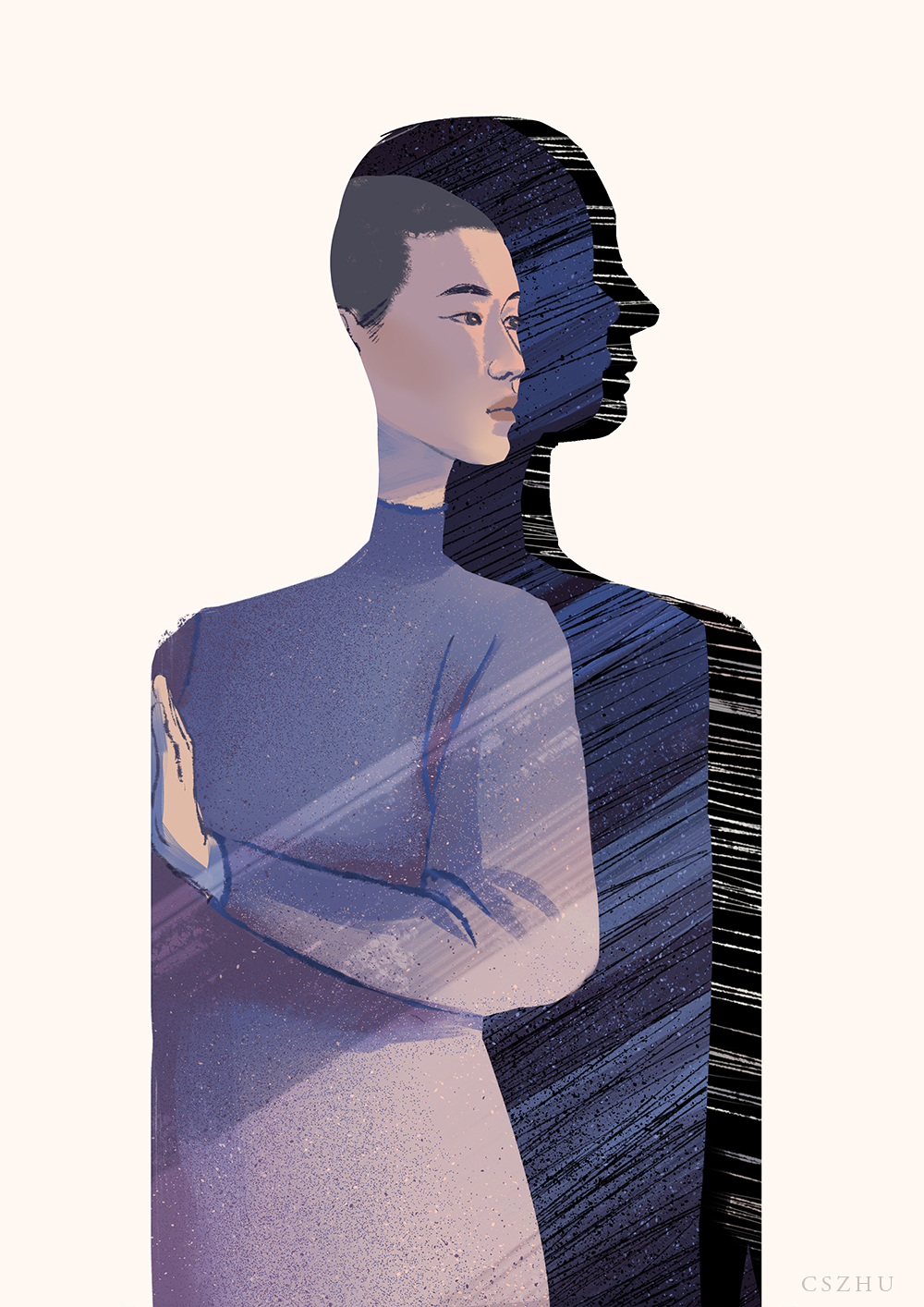 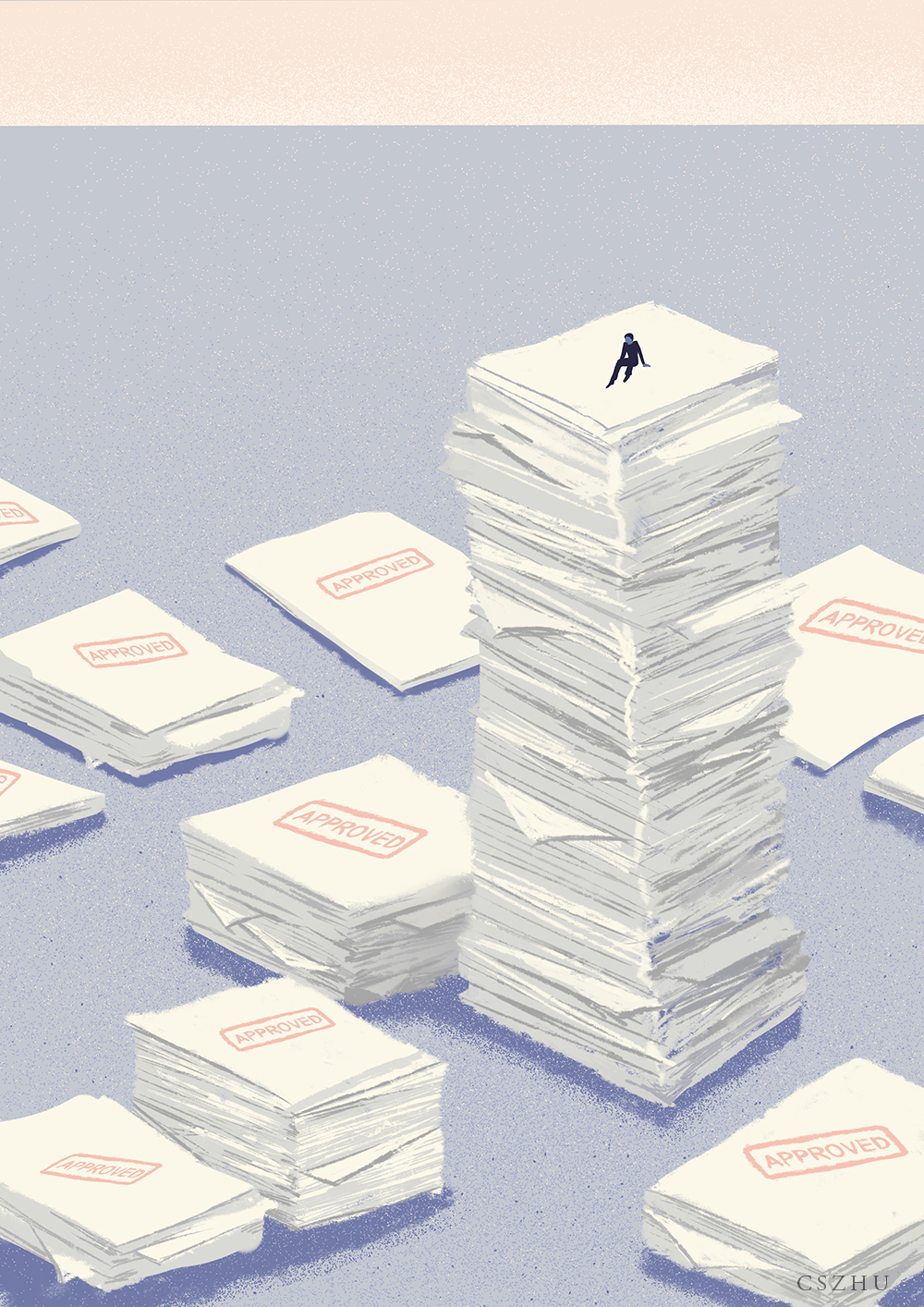 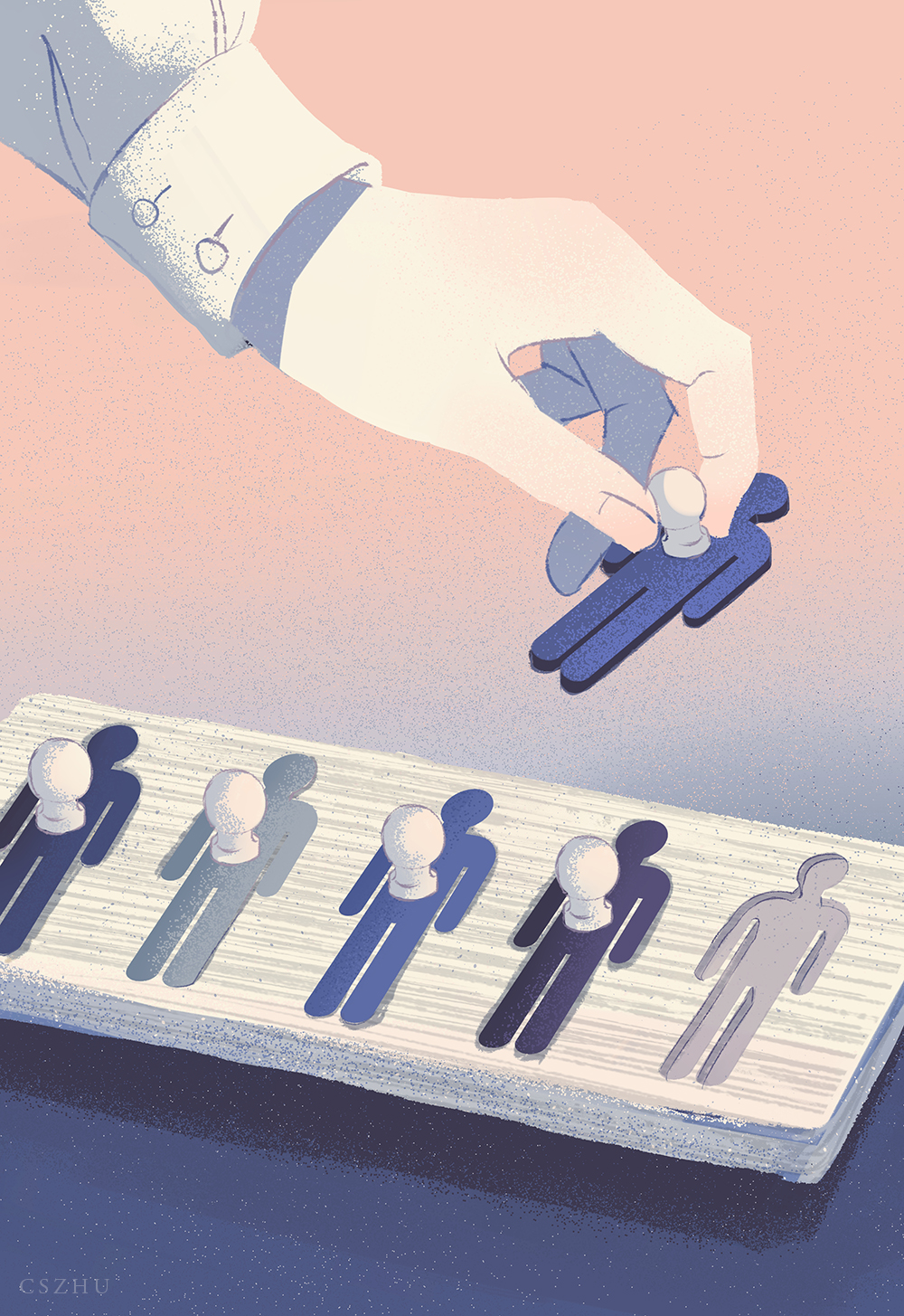 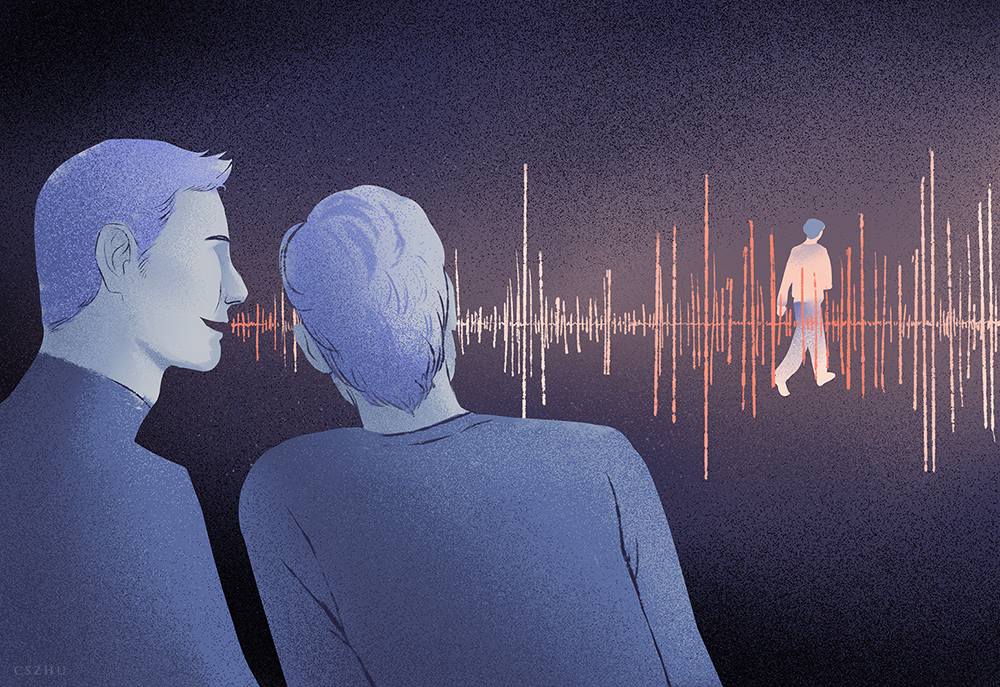 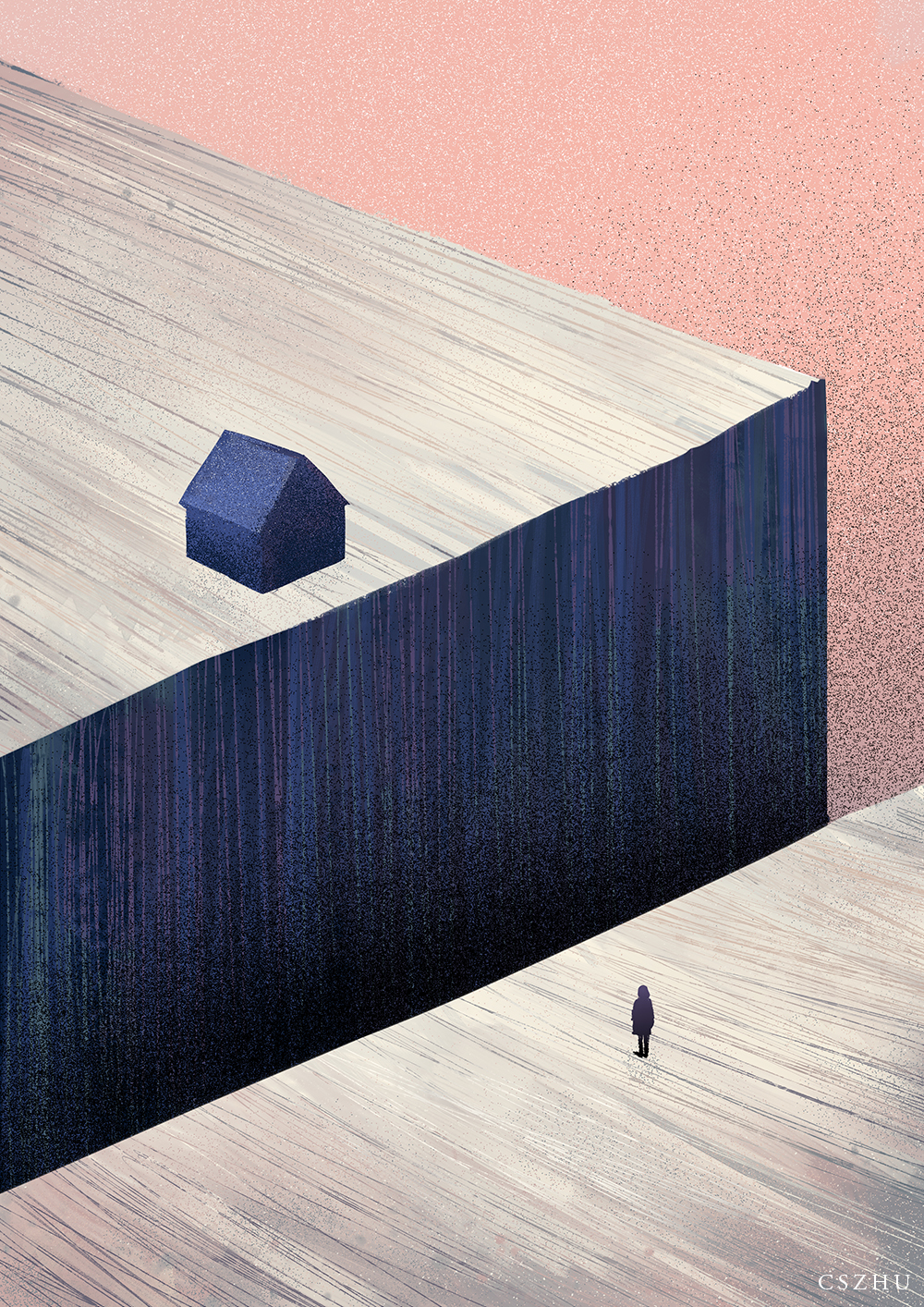 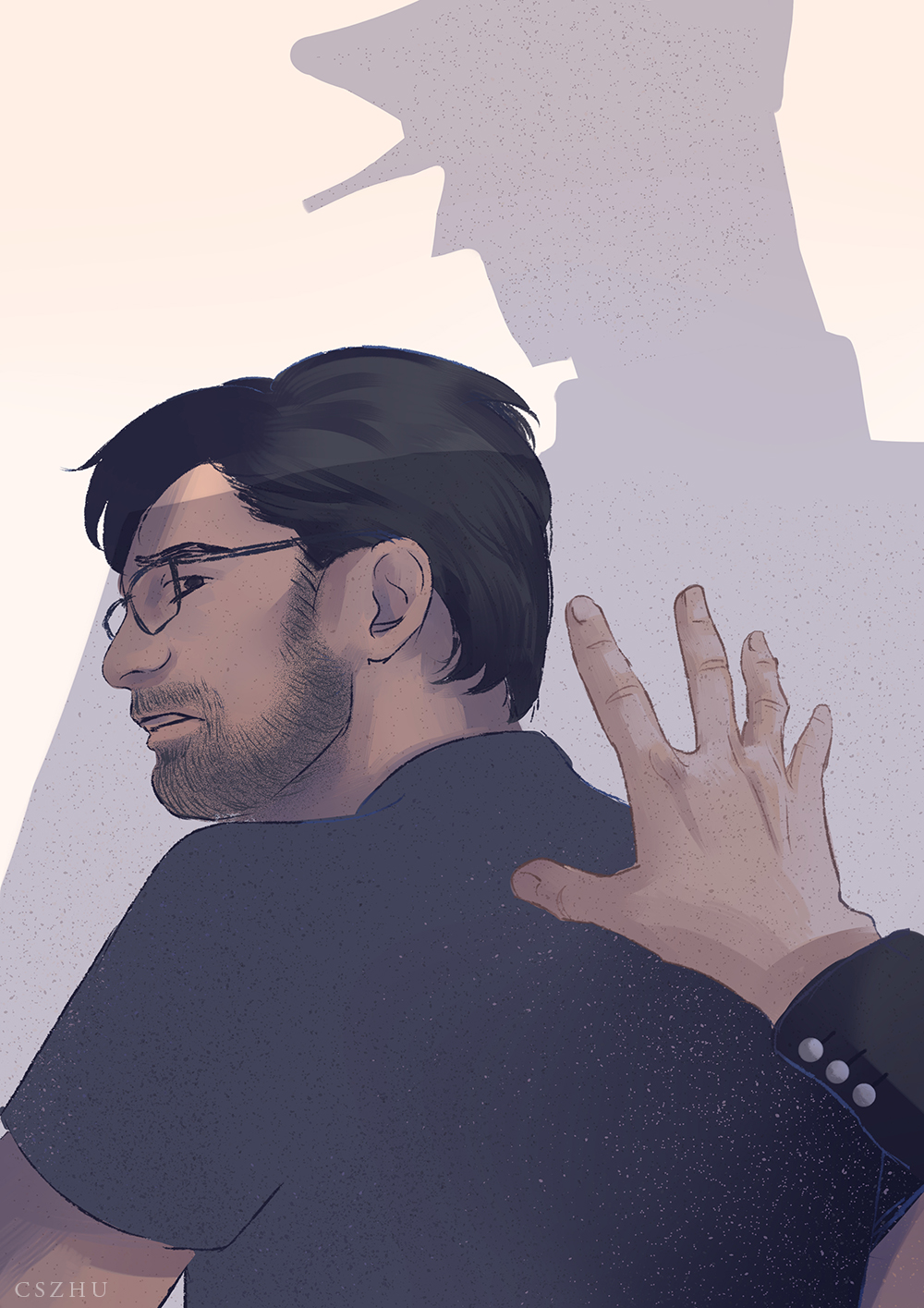 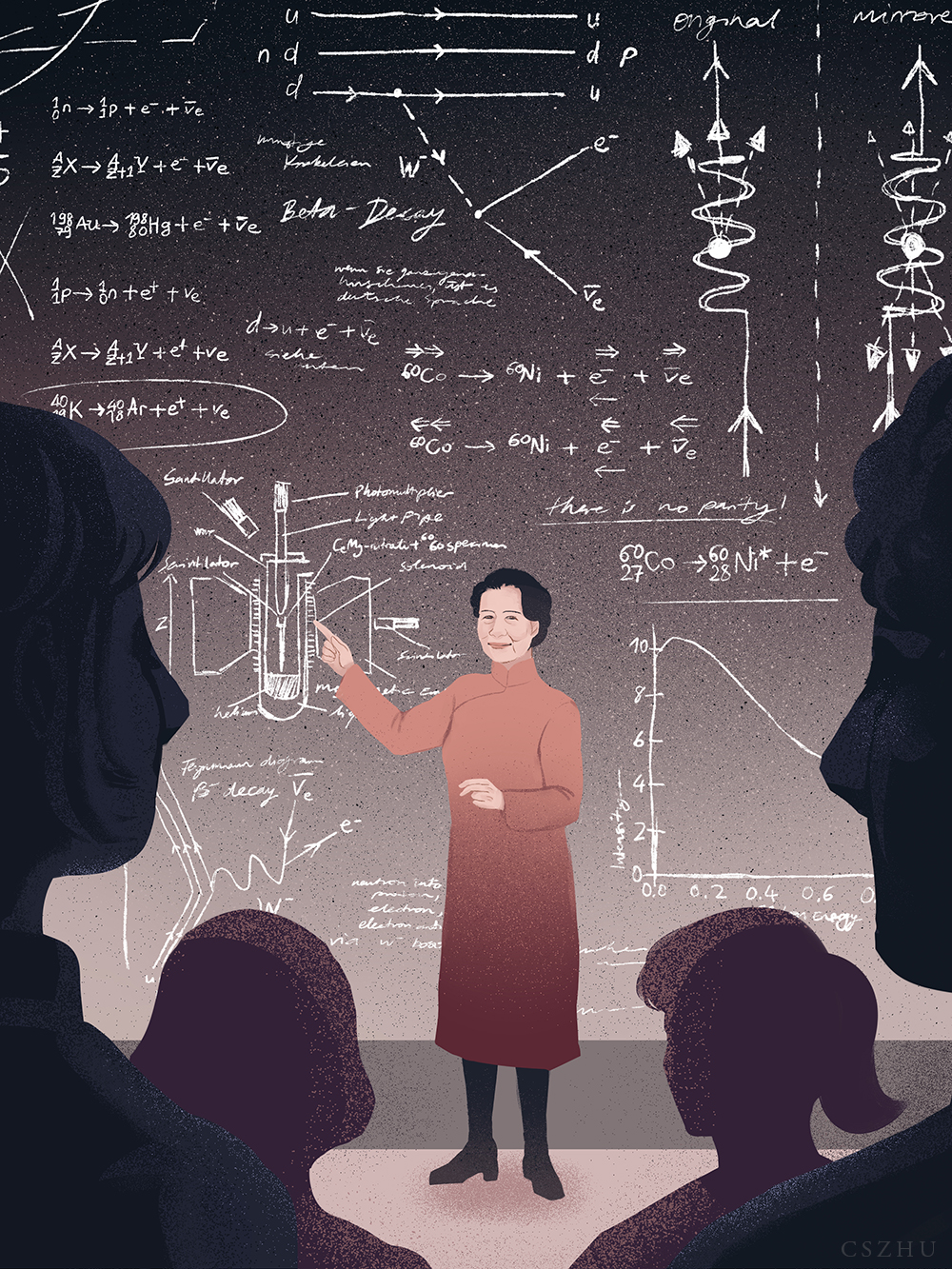 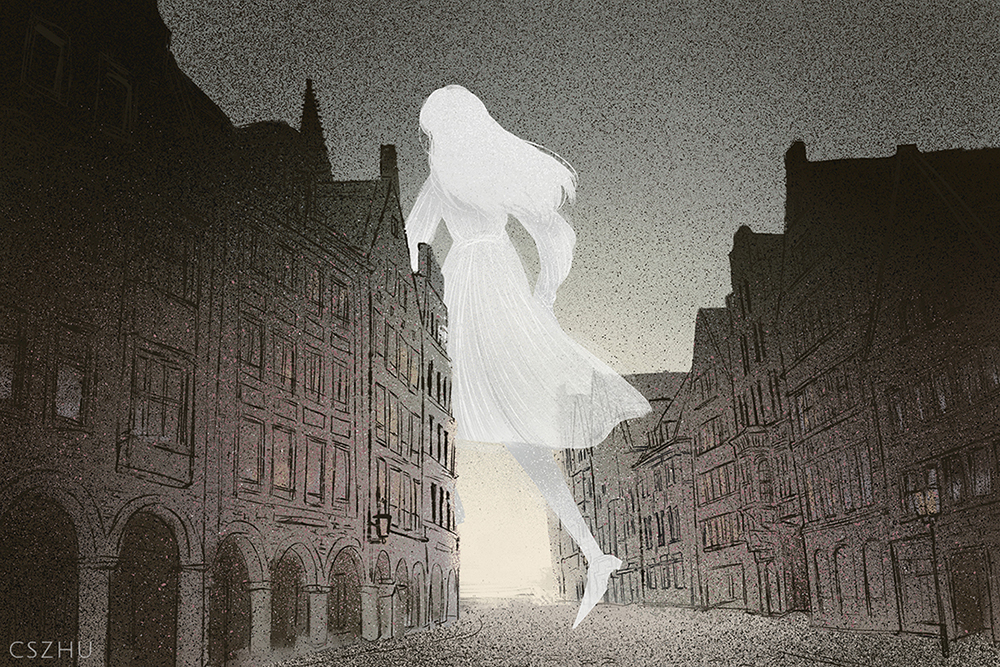 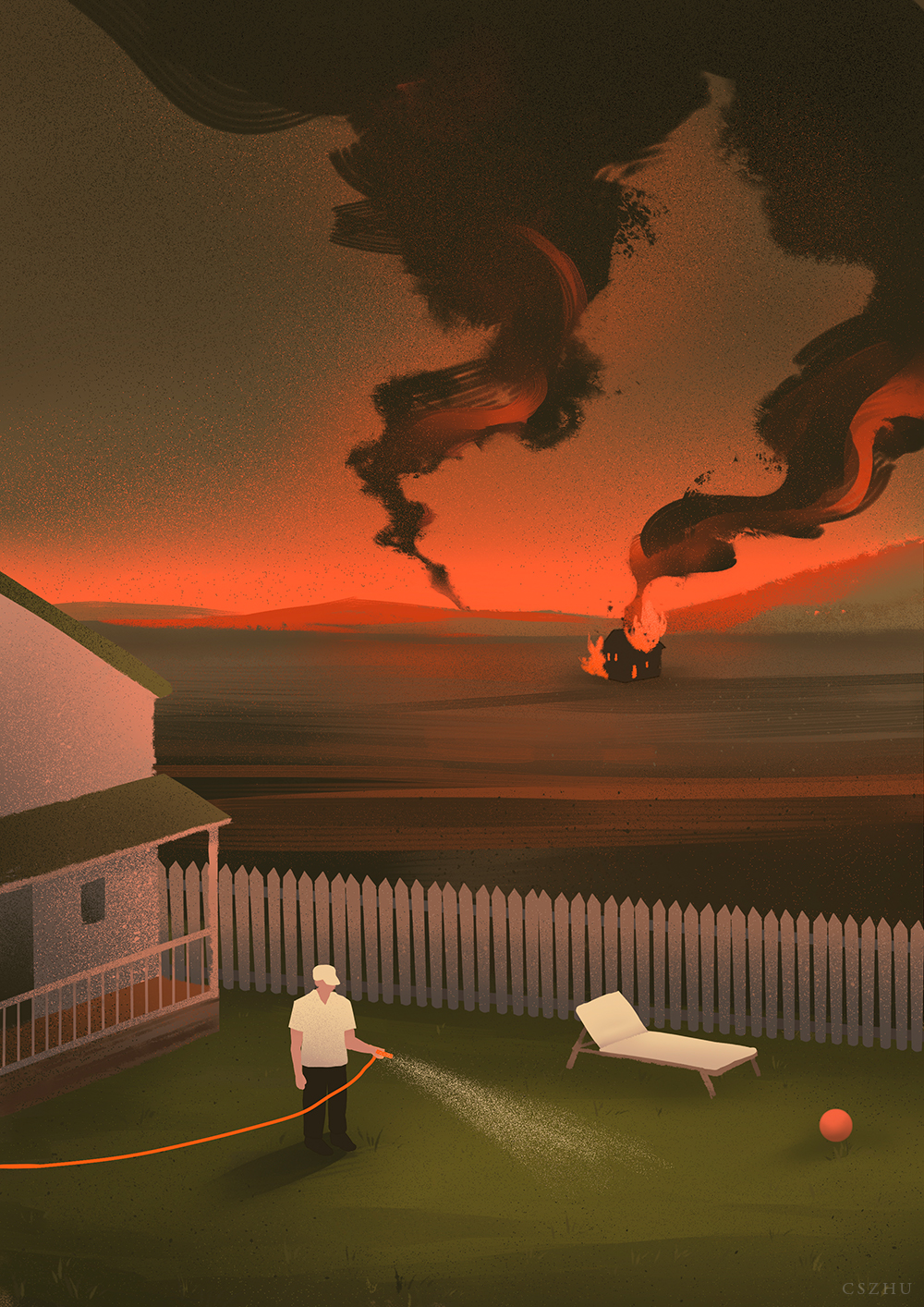 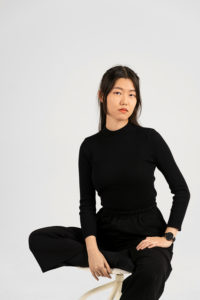 Hello, my name is Christina and I’m a German illustrator of Chinese descent. I mainly work in editorial and publishing illustration, but am interested in many illustration fields. In my free time, I love to read comics, travel and visit museums.

I’ve moved a few times during the last years, but am currently situated close to Düsseldorf in Western Germany, where I grew up. Düsseldorf is a modern city and has a cosmopolitan atmosphere due to its many international companies and fairs. Everything in this part of the country is closely connected; thus it’s just a short train journey to other big cities such as Cologne or Dortmund. Moreover, one can cross the border to two other countries (the Netherlands and Belgium) within one hour of car travel. Hence, there’s always something new to discover or a nice daytrip to plan.

Interestingly, this cosmopolitan feeling changes drastically the further you go from the city centre. The suburbs seem like an own cosmos in an almost surreal way.

A truly cool thing about Düsseldorf: It’s one of the few cities in Europe that explicitly promotes its Asian diaspora as a positive part of the city image and local economy. This reflects in many sectors, but most apparently in the food scene, which is diverse and offers world-class quality.

A truly cool thing about Düsseldorf: It’s one of the few cities in Europe that explicitly promotes its Asian diaspora as a positive part of the city image and local economy. This reflects in many sectors, but most apparently in the food scene, which is diverse and offers world-class quality.

A thing that bothers me: Despite being one of the more liberal strongholds with significant international communities in Germany and flourishing trade, one meets a baffling amount of people who believe it’s fun to harass WOC. I cannot sugar-coat this. The racial discrimination one experiences on the streets is something that hasn’t changed since my childhood. But maybe that’s a general issue in Germany which we have to work on.

I’ve been fascinated with art since my childhood, but it took me some detours until I started a career in this field. I ruled out becoming an artist pretty early, as everyone convinced me of the starving artist trope. It wasn’t until I studied a very “secure” and “well respected”, but extremely unfulfilling subject in college that I realized: What I really want to do is art.
After this realization I switched to design studies with a focus on illustration at Münster School of Design and the University of Alberta, Canada. I’ve graduated and started freelancing full-time this year, which has been – honestly speaking – pretty difficult (2020). Nevertheless, I’m extremely grateful for all opportunities I’ve been given so far and optimistic about the future.

It wasn’t until I studied a very “secure” and “well respected”, but extremely unfulfilling subject in college that I realized: What I really want to do is art.

The reactions are mixed. My family did not fight my decision and they’ll always have my back; but they are definitely not happy with my career choice either. Sometimes I can feel their disappointment, but I know it’s coming from a caring place.
I did lose friends over this decision, though. A former friend told me I’d “throw my life away”. That was surprising, in a negative way.

A solo exhibition would be amazing. Overall speaking, something I want to achieve for work but also personally is to grow as a person and to become better. This might sound very cheesy and abstract, but I truly believe that there’s always more to be learned and so much to improve on. When I’m old, I want to look back without regret and be proud of who I’ve grown to be.

I’d love to work with musicians and writers! Dreaming really big: Sleeping At Last, Platina Jazz, Hanya Yanagihara, Carolin Emcke.
Overall I always enjoy getting to know new people and working together. Please don’t be shy to contact me. (I’m probably shyer than you!)

The women around me are diverse and excellent at what they do. Although they’re all very different, they have one thing in common: true, uplifting compassion. They would never take advantage of other women or step on them to pursue their own career goals. I admire them and am so lucky to have them in my life.

The women around me are diverse and excellent at what they do. Although they’re all very different, they have one thing in common: true, uplifting compassion.

Sadly no. I didn’t grow up in a particularly creative environment and my parents had no interest in art at all. Most female artist role models I found online during my teenage years; it was via forums and social media that I first connected with fellow art enthusiast girls. Some of these online acquaintances have grown to be my closest friends today. Thanks, internet!

Since I’m working as a freelance illustrator, I haven’t faced career challenges specifically due to being female. However, I do know of sexual harassment cases from fellow alumni and colleagues.

Generally speaking, there seems to be a gender imbalance: Although more than 50% of designers are female, they only hold very few leadership positions in the German design industry. This mismatch is particularly noticeable at art schools, where honorary professors are primarily male. Luckily, the situation is improving.

There’s no reason to be your own enemy.

There’s no reason to be your own enemy. Sometimes self-doubt can become overwhelming and you’ll start to excoriate your own work, even if it’s unjustified. Self-awareness is important, but the pressure you put on yourself should never become the heaviest burden. In these situations, take a step back and breathe. You’ll be ok.