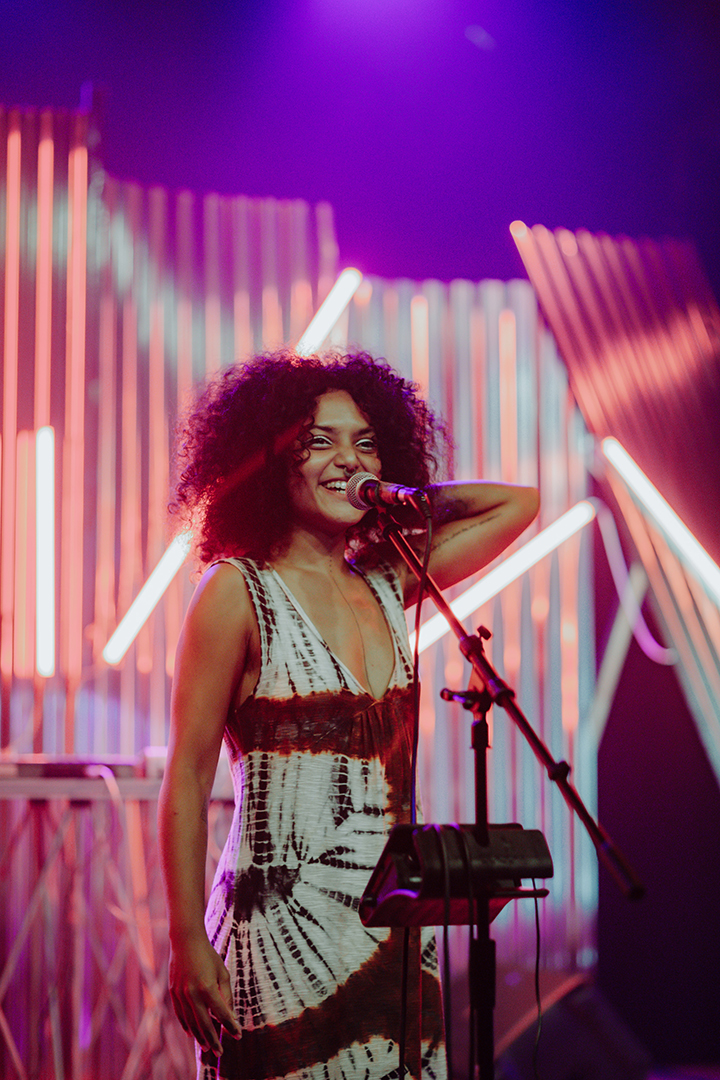 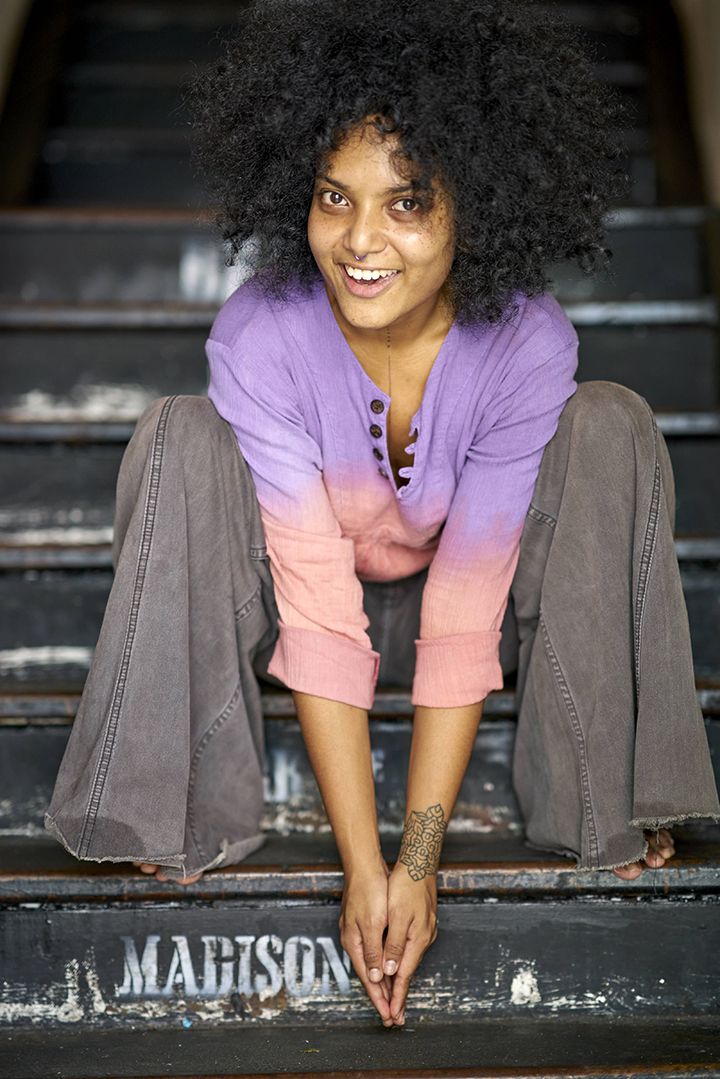 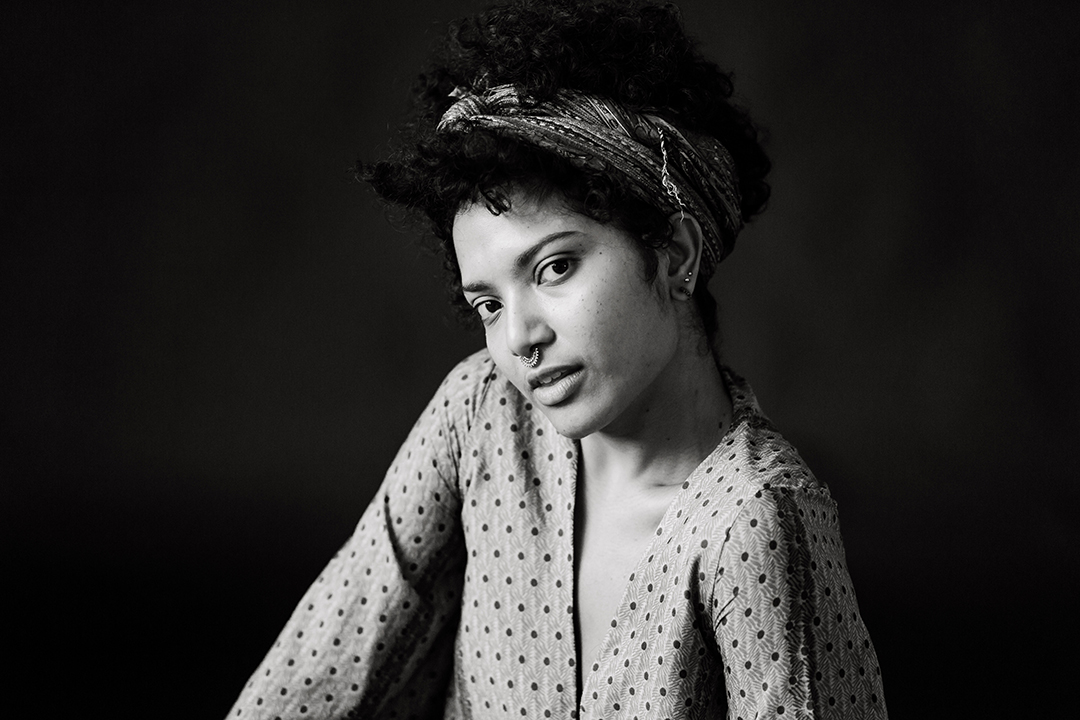 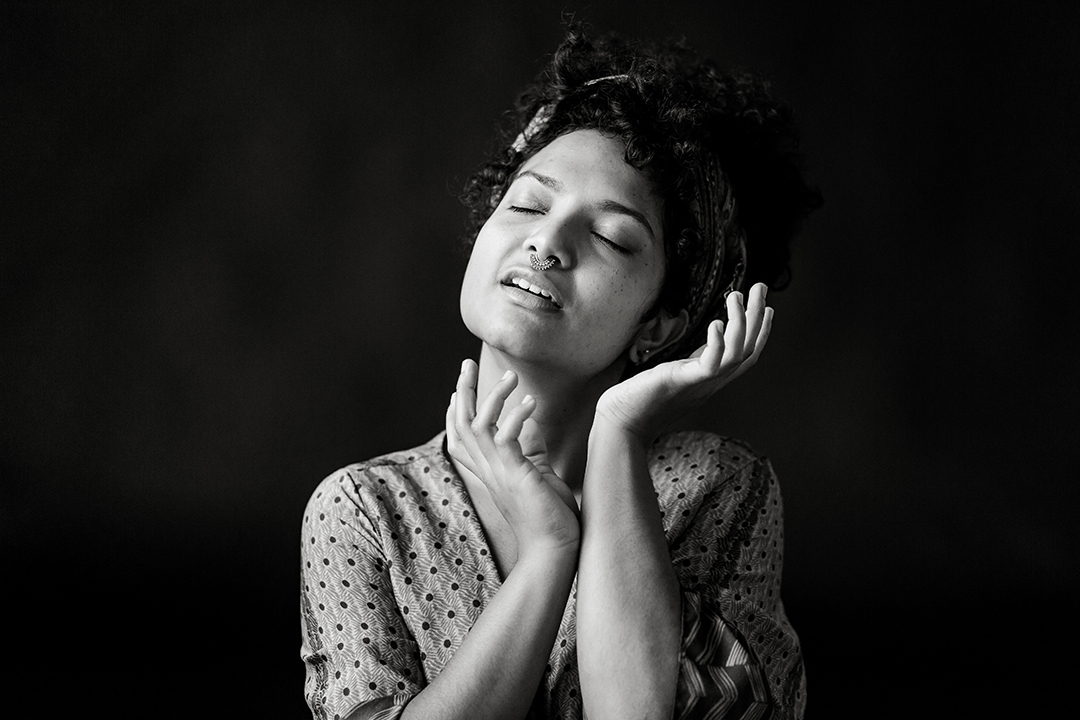 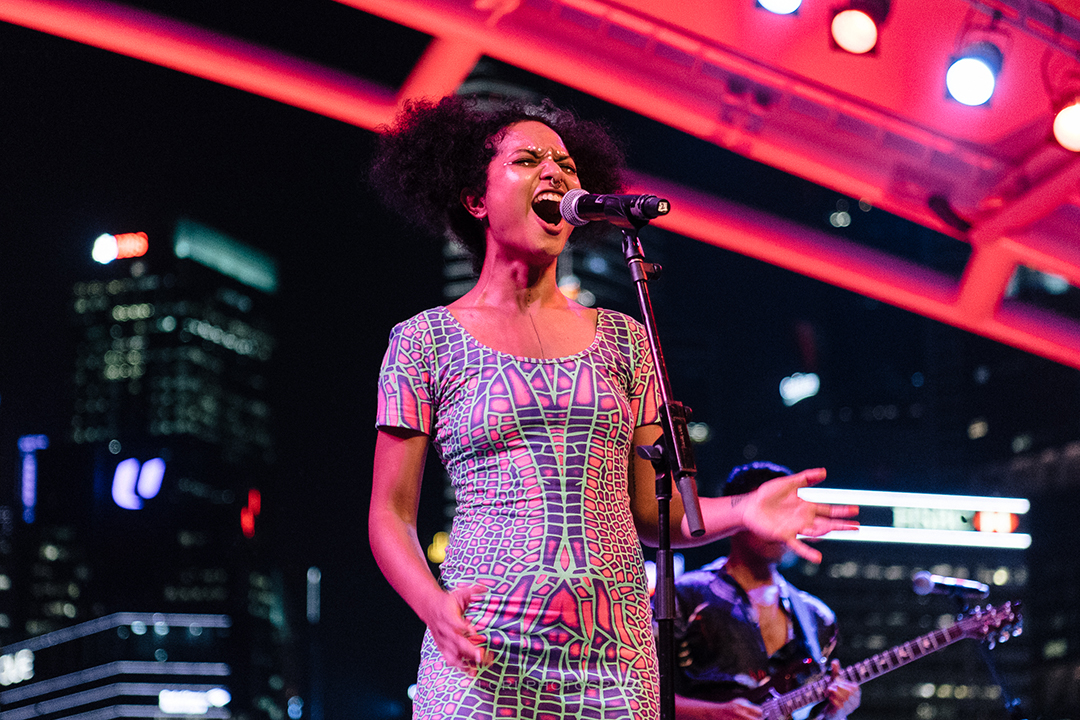 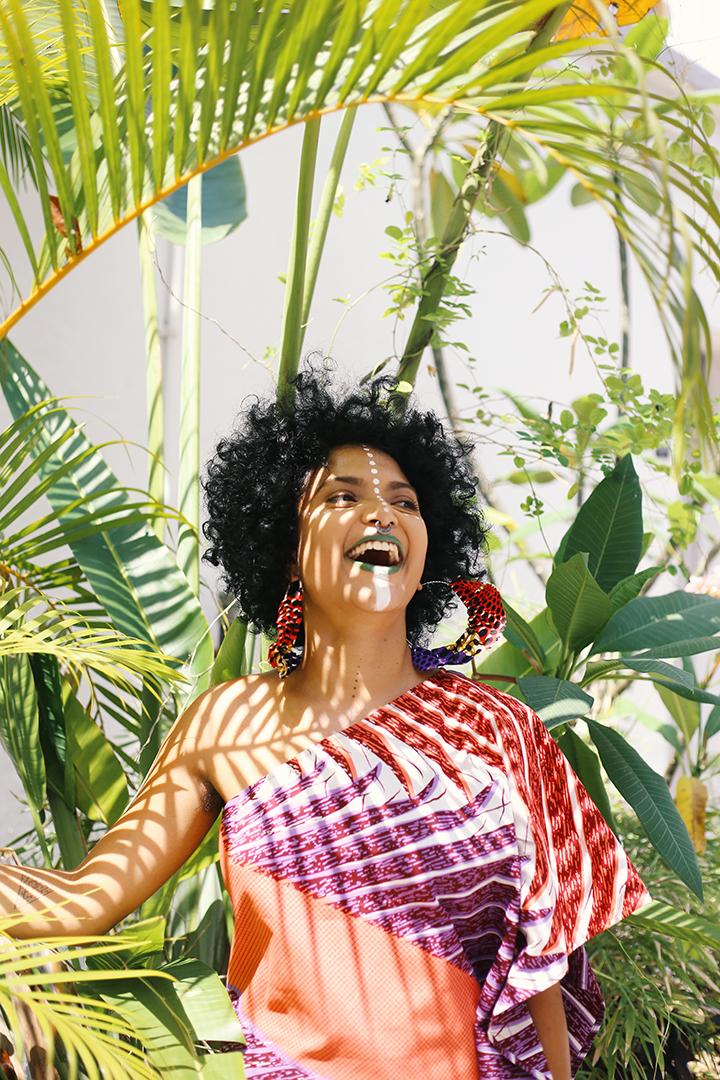 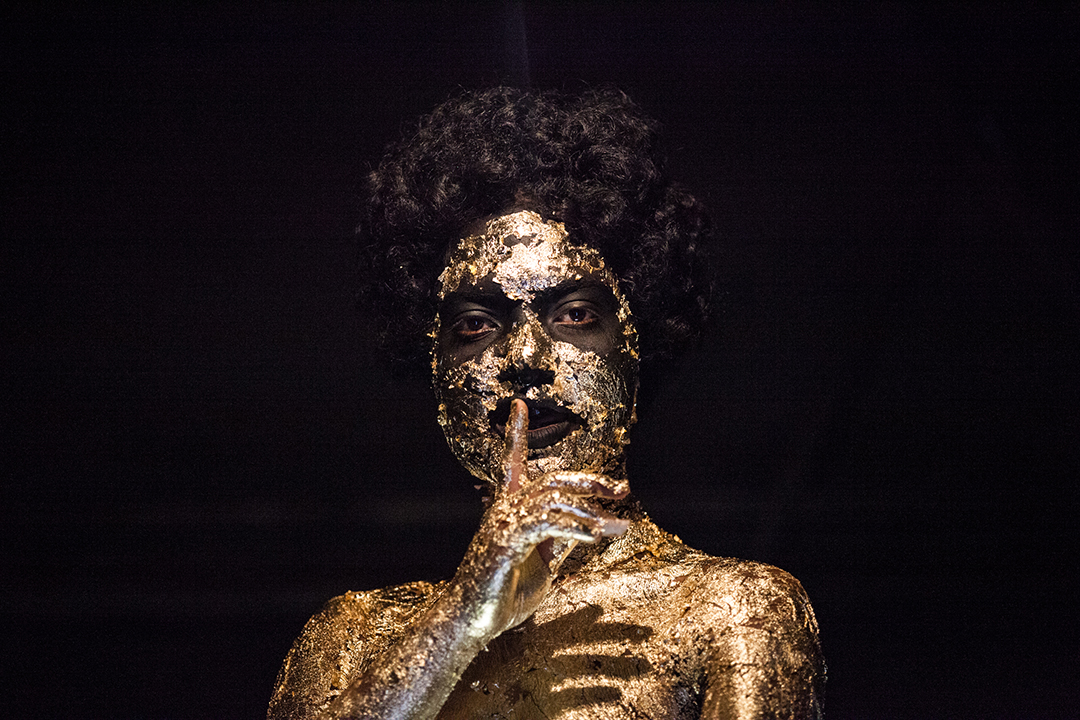 I’ve got too many interests and never enough time! I love writing poems and stories, and making songs and paintings. Most of my recognition and financial stability come from my creative work, and as an extension, I also give talks or teach workshops to share my knowledge. Most of my time as a creative has been within this cyclical state of teaching and learning. I’m learning how to play the piano right now. It’s a gift to finally be in a place where I’m unafraid to suck at something. We always have to suck before we figure out how it works. In the past, I was too afraid of the emotional response to being ‘bad’ (inexperienced) at a task to persist at learning it. Now I feel powerful enough to disregard that fear and it doesn’t make me feel like I’m ‘not good enough’. People think that bravery is the antonym to fear. Bravery is more like seeing the fear and going towards it. In the past year, I became a practicing shaman and past life hypnotist which is a whole other reality and dimension. People ask me, “Aren’t you scared to be dealing with all those energies?” I answer “No, because I’m protected and I’ve learnt that the fear breeds the darkness. So if you acknowledge your fears but don’t give them power, then those energies don’t have power over you.” Basically…life is a magic multi-layered cake and I’m just eating the first slice.

I travel quite a lot for work. In my circles, it’s not cool to do or say that anymore, since carbon footprints are stomping all over our mother planet, but this has been my life for years now and I’m still in the process of figuring out how to change it. Being only in Singapore is not healthy for my mind and soul, so if I had to make a choice to commit to living in a place then I would rather live somewhere else.

Every place has a collective energy. Call the energy ‘social norms’. Call it ‘culture’. Call it whatever you want. The fact is that if a large number of people live together within the same political and societal structure, there develop patterns and attitudes. We are a tribal species. We affect and change each other with our thoughts, beliefs, and behaviours. When I am in Singapore too long, it changes me in ways I don’t like, so I have to work harder to fight the changes. It’s funny because when you are working hard, it is even more important to commit to self-care. But self-care is also a kind of work and that’s why so many people don’t do it. It’s easier to just do what everyone else is doing and self-care is a very personal practice.

Why do I continue to work in Singapore, you ask? Because it is the place where I feel the most ownership over my purpose. It is the environment that has changed me the most and so I want to change it in return.

Basically…life is a magic multi-layered cake and I’m just eating the first slice.

The best thing is the efficiency. The worst thing is being constantly surrounded by prevailing destructive attitudes.

One day at a warehouse rave and I crossed my friend Richard on the stairs and as we kept following the stream of people walking in opposite directions he yelled from the foot of the stairs “Hey..hey..Deborah, I made some dub riddims and they need some words. Do you.. do you.. think you might want to write some?” Of course, I said yes. Then he asked if I could sing, and I said I would try. That was how our first original project Wobology was born. At the time I didn’t mention how my first public performance as a vocalist had been a black metal cover band when I was 15. We played one show at a party in a dark recording studio full of hammered headbangers. Those were the days 😉 It has taken me a long time to learn how to really sing and I’m still always learning new ways to use my voice.

It has taken me a long time to learn how to really sing and I’m still always learning new ways to use my voice.

Yes, they had to be because it was always what I was going to do anyway…and if they weren’t supportive then I probably started to be around them less.

Right now I’m learning how to play the piano. It will take me a year before I am prepared to play solo but I will get there. My goal is to be able to eventually accompany myself and compose my own songs. I’m also writing a book of short stories with otherworldly themes. This will probably take me two years. Both these tasks are so new and exciting. I’ve been writing poetry to share with the public for a decade now, so it feels right to focus on another kind of writing for a while. Besides that, I’m also focused on developing my practice as a shaman and healer which will inevitably impact my creative output since the brain is one connected control centre.

My goal is to be able to eventually accompany myself and compose my own songs.

I would love to collaborate with an animator like Justin Roiland who co-created Rick & Morty. My dream would be to create and produce a colourful esoteric animation film full of poetry and music in which the main protagonist falls into another dimension.

Reflective and powerful, thinking and seeing. They are sensitive warriors.

Reflective and powerful, thinking and seeing. They are sensitive warriors.

I didn’t really have anyone I resonated with growing up because I always felt like an other. Also, the media in Singapore is very risk-averse so it was way less interesting to watch local television than international programming. What I admired was success. So popular women in TV and radio made me feel a kind of longing. I wanted to be like them because popularity seemed like power. But there was nobody in particular who really inspired me with their work since there was no risk-taking.

At that time, Singapore was not putting its effort into creativity. It was still building its functional empire. Now, even though there is way more art and exploration, most of us creatives end up being tools of the industry in some way in order to subsist and live comfortably. Even me. This year I hosted a TV series on a local channel and it helped me to reflect on representation. When I was a child there was literally nobody on national television who looked like me or spoke like me. So I inevitably ended up feeling invisible. In this way, I am so grateful (even if I’m also a tool) to have started working on screen, if only to represent all my ‘others’ out there.

Sexism is not dead. Especially in Asia.

Practice is very important. It makes our gifts grow. There is only so far that talent can take you. Many of the artists that ‘make it’ are working fucking hard because that is the only way to assure that eventually, you don’t struggle all the time. Being the starving artist is a romantic role but not sustainable, so if you want to do this, then commit and make the work happen for yourself.

Take risks. Risk is individual. What is scary for me may not be scary for you. So identify what you want to do but are afraid of…and work towards it. It might be as simple as telling your parents that you want to be a painter. If you don’t take the first scary step, you’ll never get moving in the direction you want to go in. So act now. There is no other time.