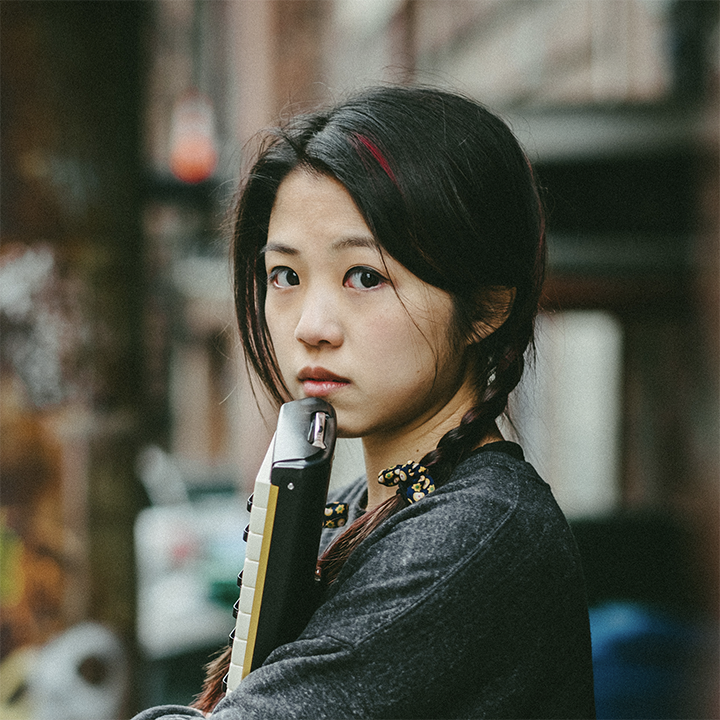 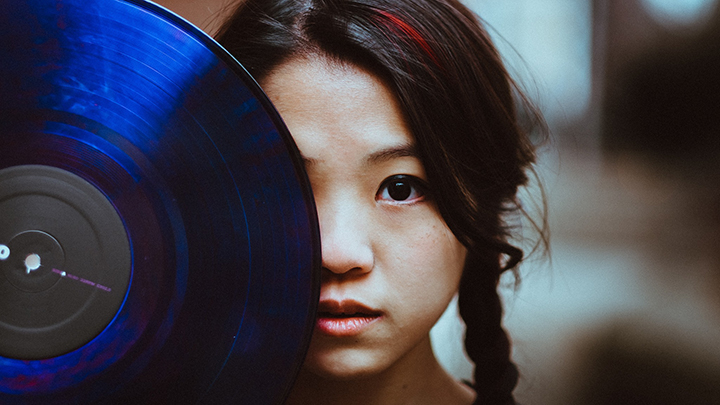 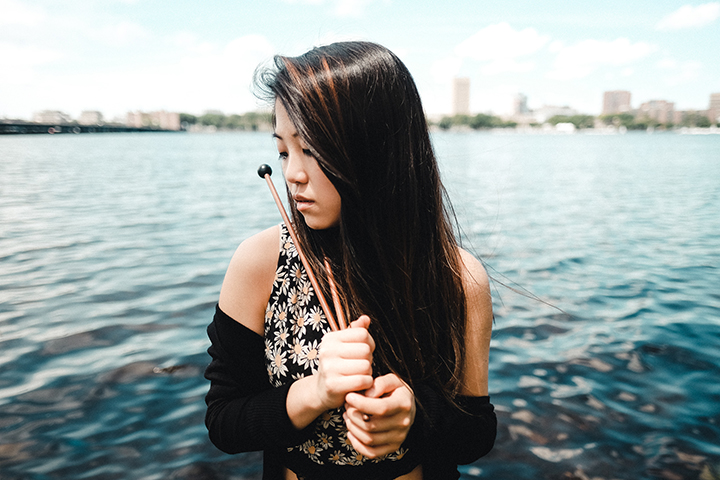 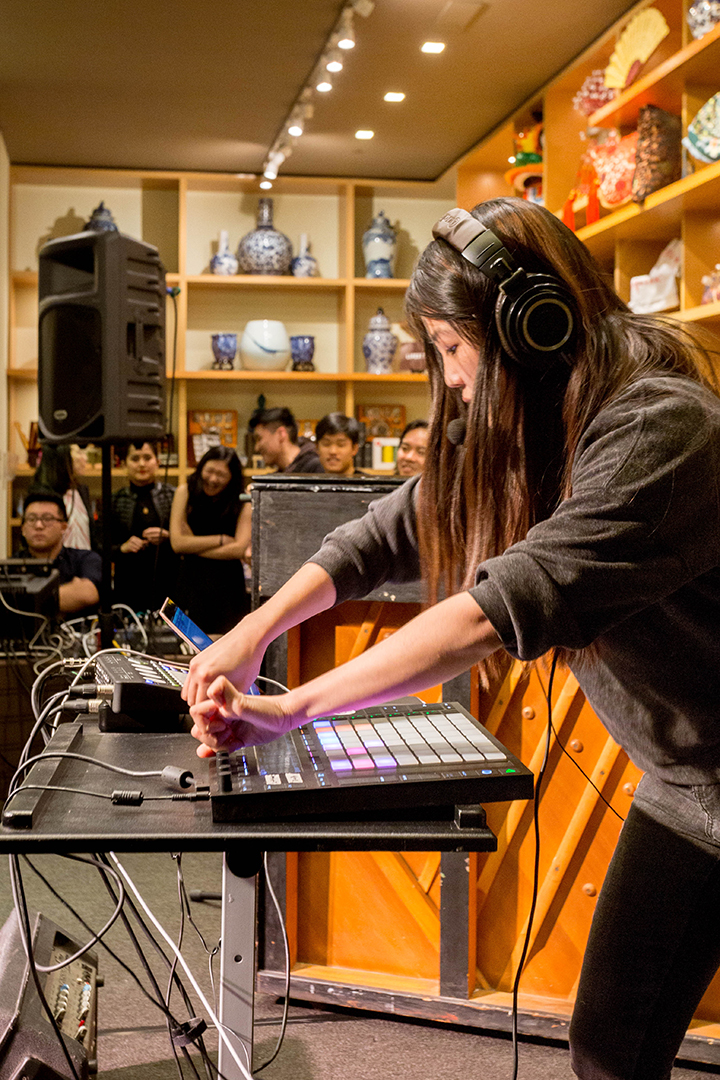 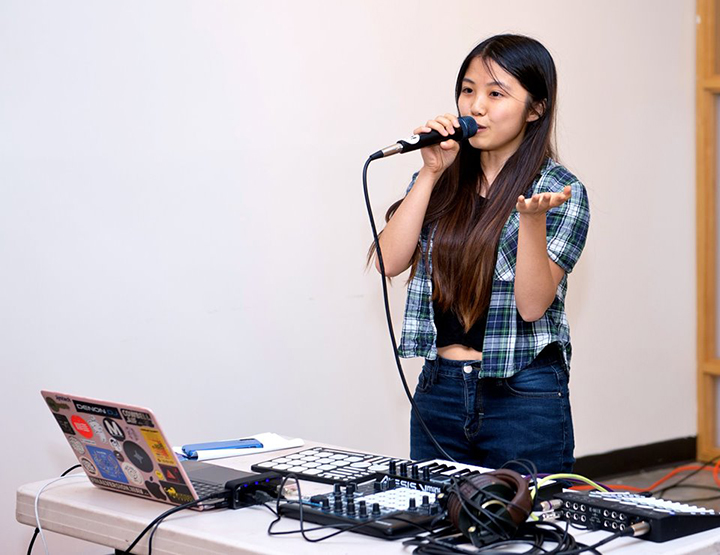 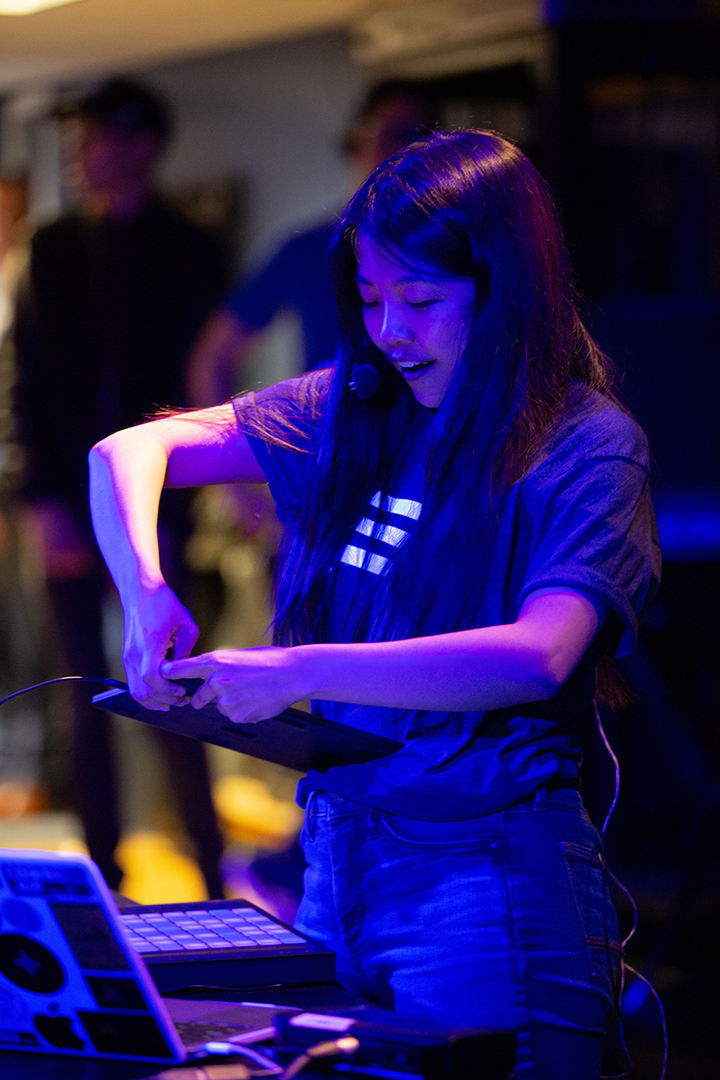 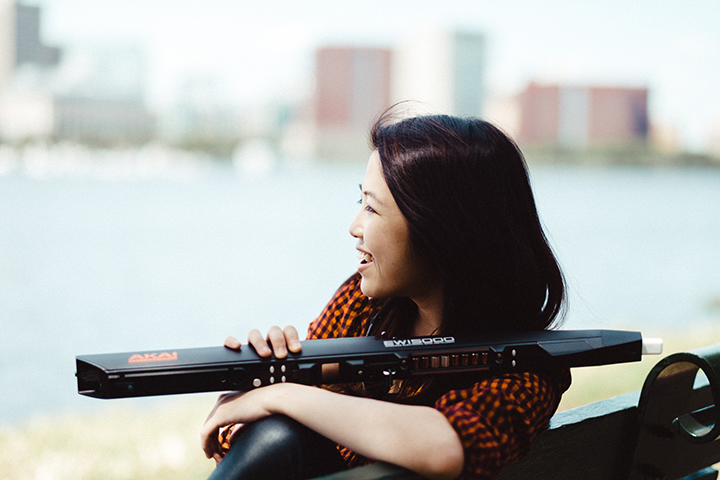 Hello! My name is Claire, and I’m a music technologist and electronic musician. I also go by dolltr!ck, which is the name of my main artist project. I was born in Singapore and am based in the United States now. I love sharing about music technology with others, particularly people who are interested in starting to create electronic music. A demographic I frequently work with is female-identifying youth of Asian descent, and it’s been a joy seeing the girls I work with venture into the world of making art with technology!

I live in Astoria in the Queens borough of New York. It’s within the New York City metro area, which is great because I work a lot in Manhattan and Brooklyn apart from Queens, and sometimes I head out to other states for projects. I’ve been in my current apartment for about a year and I couldn’t feel more blessed to be in the area. I live with the nicest landlady and landlord who often look out for me and offer me food, which is hard to say no to. Their homemade turnip cake is my favorite 🙂

Before New York, I lived in Boston, Massachusetts for several years while working towards my undergraduate degree.

And before Boston, I lived in Singapore for most of my life, which is where the majority of my family lives today.

A demographic I frequently work with is female-identifying youth of Asian descent, and it’s been a joy seeing the girls I work with venture into the world of making art with technology!

There are so many great things about living in Astoria! One of the best things is probably its geographical location. It’s not too far away from the city so I can get to most places within half an hour of being on the subway, but it’s removed enough that I have a more relaxed place to go home to after working a long day (or night, and sometimes until the morning!).

On a slightly broader scale, the best thing about living in Queens is its diversity. In many ways, it’s even more of a melting pot of cultures than Singapore, and statistically, it’s the most diverse borough in New York City and one of the most diverse areas in the world. Much of my work in the area has been related to the Asian community, specifically Asian female-identifying youth, and I often introduce the kids I work with to electronic music creation.

The worst thing about living in Astoria is probably that it’s still a while away from Flushing, which is one of my favorite parts of the Queens borough. There is so much great food there, especially Chinese-influenced eateries, and I love the overall vibe of the area. I remember the first time I walked down the streets of Flushing, I mentally told myself, “If I move to New York, I have to live in Queens!” and now I do!

Freeing, exciting, and challenging. I think this combination of words came to me because of the dynamism of both Queens and my creative job. There’s always something going on and developing, and while the sense of uncertainty can be a bit unnerving, I find it quite exhilarating at times! I love how life keeps me on my toes.

I was always passionate about music and my parents started me on piano and flute lessons when I was younger. Unlike a good number of kids who would end up disliking music because of this, I was lucky that I had really nurturing music teachers and I ended up falling in love with the art. Eventually, I managed to convince my parents to let me study music in college, which took a lot of talking through, and even at the start of college, I didn’t know exactly what I wanted to be in music.

I was always passionate about music and my parents started me on piano and flute lessons when I was younger. Unlike a good number of kids who would end up disliking music because of this, I was lucky that I had really nurturing music teachers and I ended up falling in love with the art.

Absolutely not at first hahaha. I think my family was used to the idea of me being good at music on the side and not as a main gig, so when I confirmed that I wanted to do it professionally, there was a lot of discomfort at home. Even my grandparents who were generally very supportive of me tried to get me to reconsider.

Regardless of where exactly I end up, I want to be able to inspire young girls to dream big and be whoever they want to be, regardless of their cultural background or upbringing or what people might tell them that they can or cannot do. Thirty years down the road, if for some reason I’m no longer a creative professionally (though I really hope this won’t be the case!), I still want to be an advocate for as many girls as possible to achieve their own goals.

Regardless of where exactly I end up, I want to be able to inspire young girls to dream big and be whoever they want to be, regardless of their cultural background or upbringing or what people might tell them that they can or cannot do.

There are so many people and artists I’d love to work with! Off the top of my head, one of my dream collaborations would be with TOKiMONSTA. She was one of the artists who inspired me to get into electronic music in the first place, and as a woman of Asian descent who’s a killing producer and DJ, she’s one of my biggest role models.

I would also love to collaborate with Jasmine Sokko and MYRNE someday! They’re both Singaporean electronic music producers who I admire very much for their craft and sound, and working together with them would mean a lot to me as another musician from Singapore. We’ve got game!

Creative, supportive, and united. Someone once commented how I’m very selective about my circle of friends, and I didn’t think about it until they said that, but I definitely try my best to surround myself with people who have good energy.

Specifically, in industries at the intersection of arts and technology, I feel that women are well-aware of the difficulties we face as a minority, and I’d say that this is more intense for women from racial and ethnic minorities. Because of this, I find it crucial to work with like-minded women who mutually support each other and look out for each other. This may sound harsh, but I think I’ve come to a point in my life where I’ve realized that toxic people are a waste of my time and energy, and in the past I’ve been in situations where I only realized how detrimental a certain friendship or collaborative relationship was when I got out of it. I feel like there are many things that are more worthy of our time than fretting over people who are harmful to us.

This is a bit sad and I wish it weren’t the case, but I was never much into the local creative scenes in Singapore while I was growing up. A lot of the media I was exposed to came from overseas, like music from the US, UK, and South Korea (I was a fan of Korean pop and still am in many ways!). That isn’t to say that there weren’t local creatives I looked up to, but even the ones who were like mentors to me were largely male.

Totally, and from my experience, the challenges have come from being of Asian descent as well. I feel like it would be unnecessarily reductive of me to try to separate my being a female from being an Asian since I’ve been both for my whole life. Specifically, in music technology, I’ve definitely had sexist and racist comments directed towards me. When I just started out, I had a hard time dealing with this and I would usually try to ignore it or laugh it off. Now that I’ve been around for a bit longer, I feel like I’m more sure of myself and I’m not afraid to call people out if the need arises.

My friends can vouch that while I’m on the cheerful and positive side, for the most part, I don’t mess around when it comes to my profession, especially when someone is treating me disrespectfully while I’m at work. I’m glad that I’ve come to this point, and it helps me a lot when I work with my girls. I always try to be the best teacher and role model possible while I’m with them, and leading by example has been a great way of showing them the ropes in music technology.

Manifestation is more powerful than you might think it is!

Find your people! I recently did a project with Asian female-identifying youth in Queens where we created an album of new music together. I would meet the girls in groups to work on the project, and some of the girls who started off not knowing each other or only knowing each other by face (e.g. if they were from the same school or neighborhood) ended up becoming great friends. While conceptualizing the album, I realized all of us had so many shared experiences from our cultures and backgrounds, and there was a really powerful feeling of solidarity amongst everyone even after only a short period of time creating art together. Beyond that, some of my best friends – female, male, and non-binary – have played a huge part in my development as not only an artist but as a human being. Look out for those who you care about, and know that there are people out there who will do the same for you.

Also, manifestation is more powerful than you might think it is! I distinctly remember moments earlier on in my life where people would ask me what I wanted to do, and I when I mentioned anything related to doing music professionally, they would laugh it off or tell me to keep dreaming. But I did keep dreaming and I kept telling myself that I was going to make it work for myself as a musician, and I don’t think I would be where I am today if I hadn’t done that! Even while I’m in the industry now, I’m always looking to be the best version of myself, and I find it crucial to be optimistic about the future and be unafraid of manifesting what I want to achieve 🙂