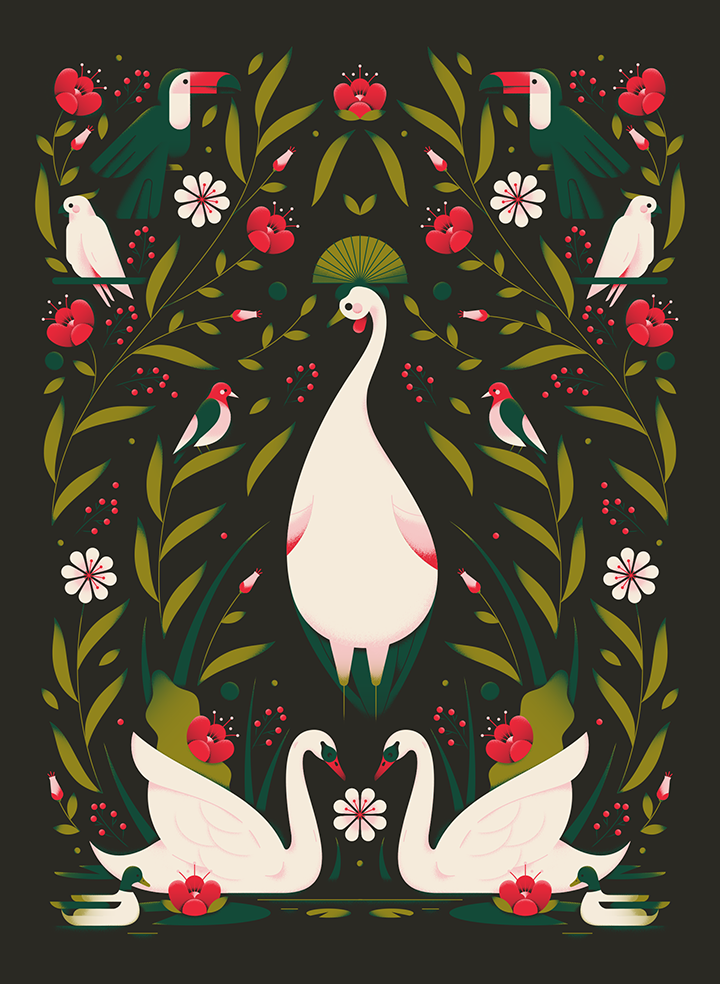 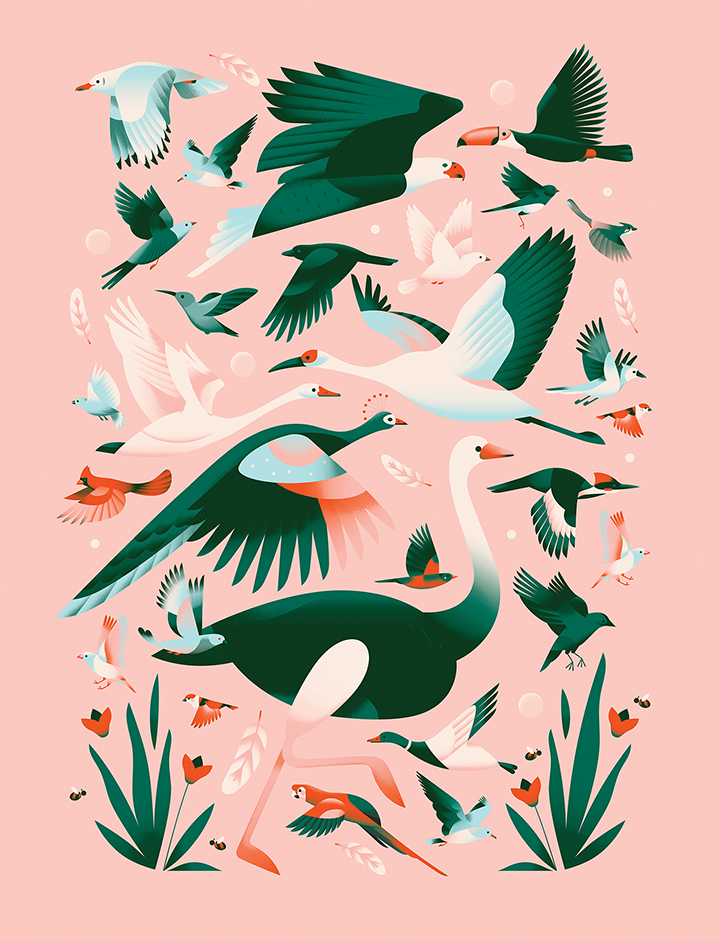 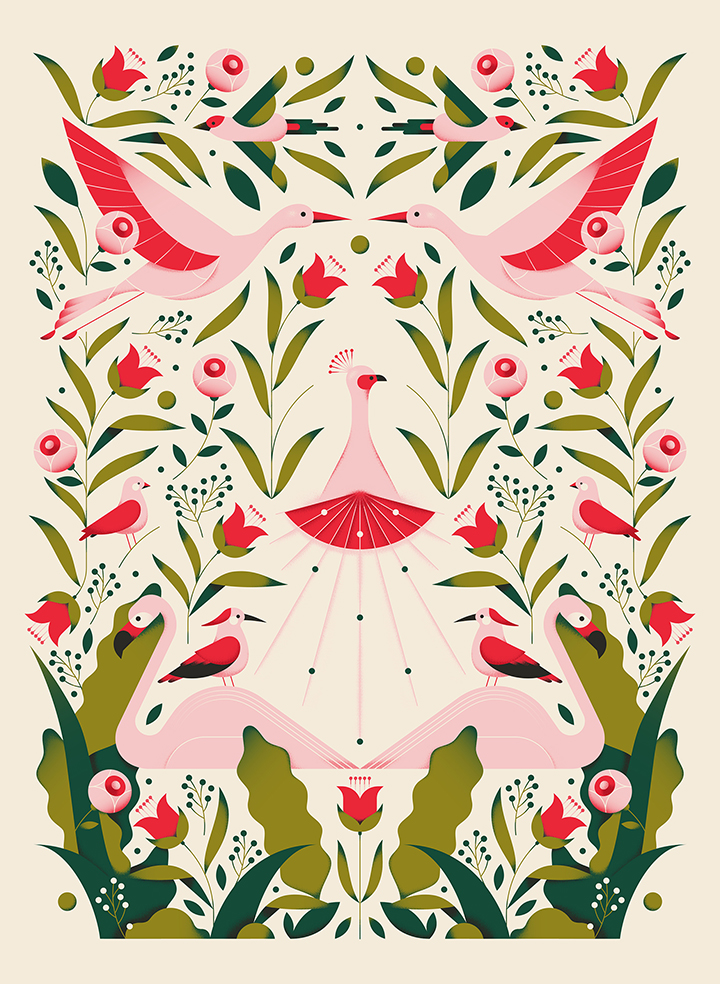 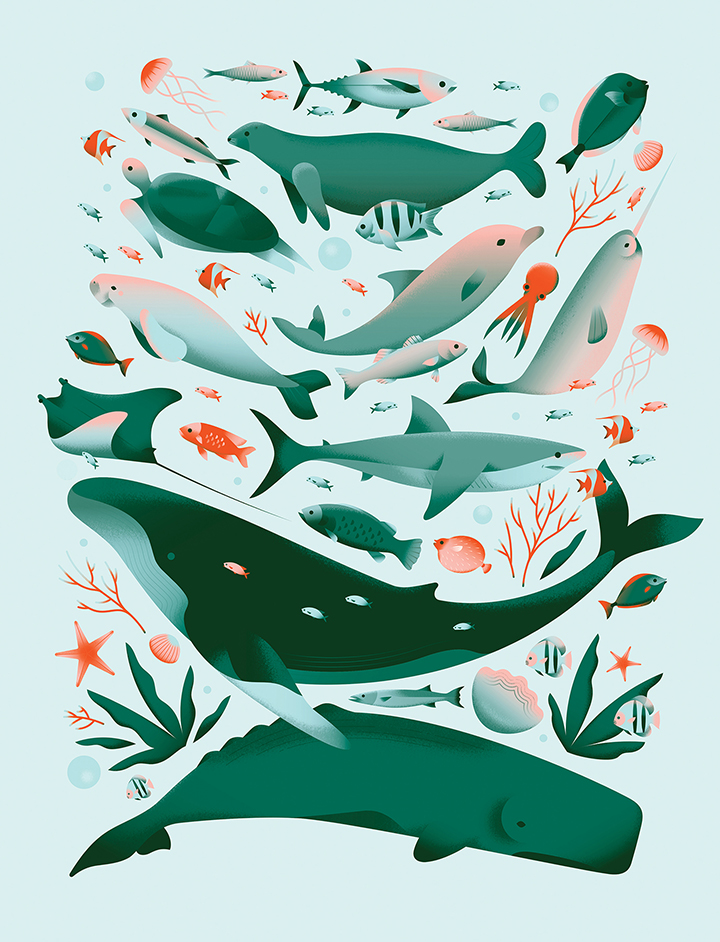 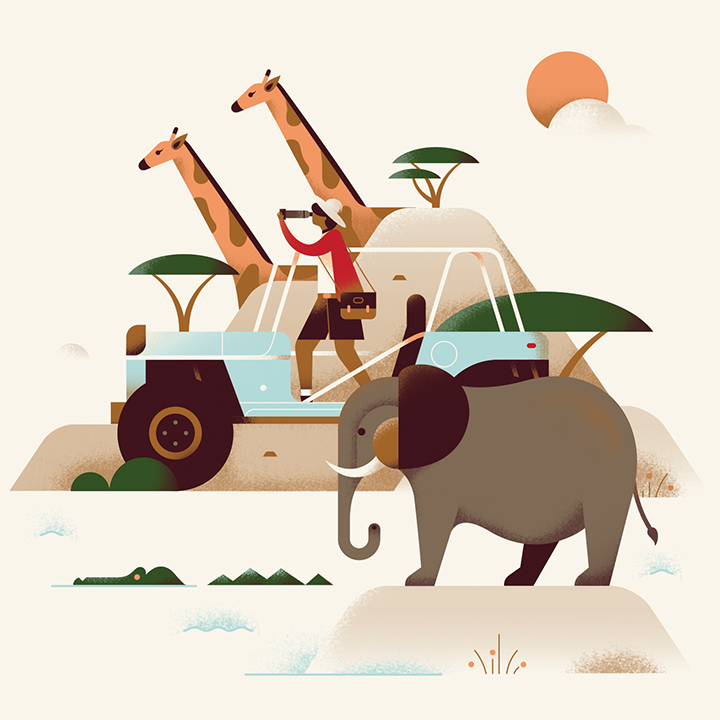 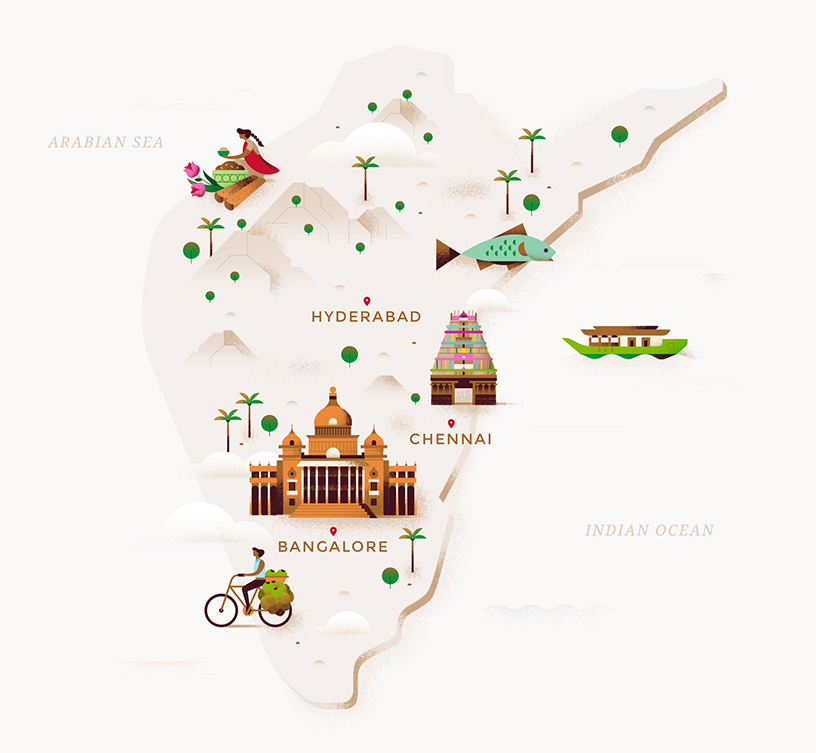 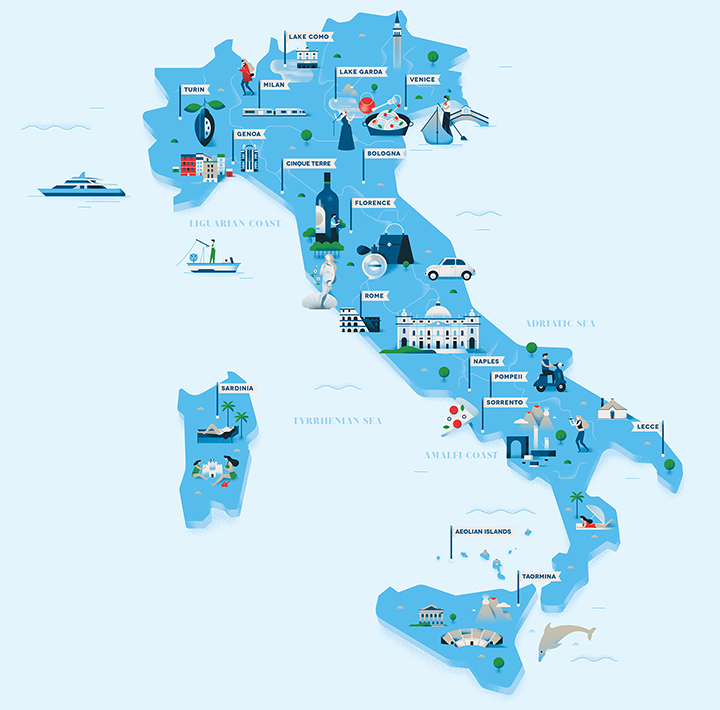 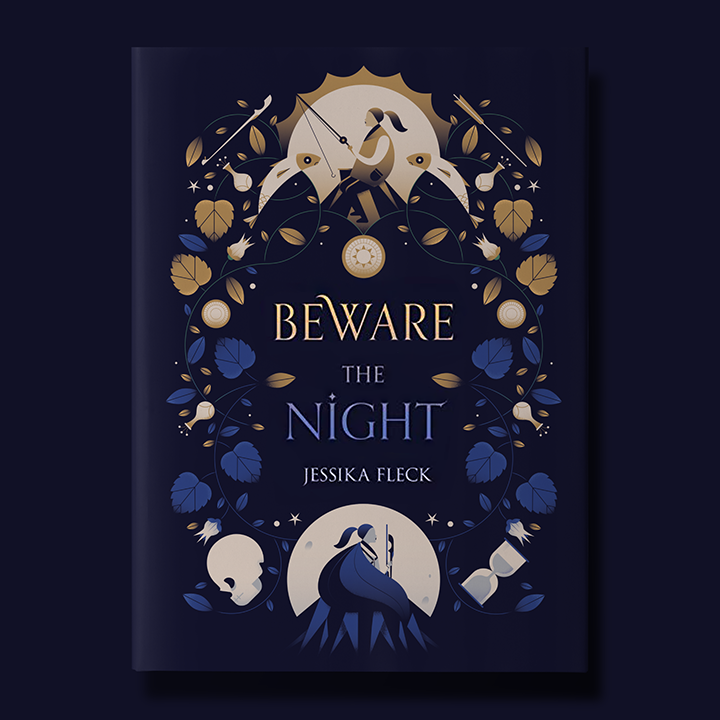 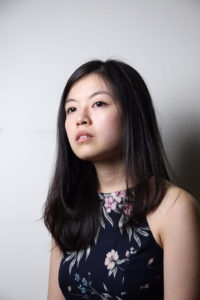 To sum it up, I am your typical girl-next-door who struck the lottery of life by being able to draw for a living. Growing up, I was that kid who draws all the time – and being the ever optimist, I’ve always known I would work in the creative industry.

I have had the opportunity to live in 3 different countries (Indonesia, US, and Singapore), although strangers usually can’t tell and think that I’ve lived in Singapore all my life. In my free time, I like to explore nature parks, read up on personal finance and try out new delicious food.

I live in Singapore and love it! I grew up in Medan, Indonesia, and Singapore shares many similarities with it culturally, making it feel much like home. I also like how clean, safe and organised the city is – Singapore is a safe haven I always feel comfortable going back to.

Many would say that Singapore is ‘boring’, but I believe ‘boring’ does not always have a negative connotation. I actually like how Singapore is typically unchanging because that means it is reliable and can always be counted on.

Many would say that Singapore is ‘boring’, but I believe ‘boring’ does not always have a negative connotation. I actually like how Singapore is typically unchanging because that means it is reliable and can always be counted on.

The best part of living in Singapore for me is the food, and I think many locals can agree to that. It is often cited as the food capital for a reason!

The worst part is probably how ‘sanitized’ it is. Almost everything is regulated, and things that fall out of line tend to be banned. For example, drawing graffitis, busking without a permit and selling chewing gums are not allowed, and breaking the rule can land you jail time.

Jobs in more traditional fields like banking and engineering are preferred in Singapore, as they are seen to provide a secure future. A career in the creative industry is not encouraged as it is still seen as unstable. However, in recent years there are many creatives who have made their marks internationally and gained acclaim for their works, which leads to the creative field to be taken more seriously. The local government has also launched many initiatives that benefit the creative industry, be it providing scholarships targeted toward the art field to organising art weeks. Enthusiasm towards the creative industry is growing and that’s very exciting!

After graduating with a degree in Graphic Design, I started my career at Kinetic (an advertising & design studio based in Singapore) as a Jr. Art Director. Under the guidance of my boss at the time, Pann, and the seniors in the studio, I had the opportunity to learn more about design and how to apply it properly to different client briefs. I was also able to hone my illustration skills through the projects I worked on, something I am truly grateful for.

Afterwards, I had a stint at an ad agency called Tribal Worldwide as an Art Director. After a while, I realised that I’ve always incorporated illustrations in my works – most times unintentionally like it was pre-programmed in me. That made me realise how much I love to do illustration, and I made the plunge to go freelance 4 years ago.

Definitely! Art is something that I have always loved and being able to work in the creative industry is a privilege. Perhaps it was because I majored in Graphic Design, which is commercial-based and increasing in demand, so I didn’t really worry about not being able to make a living from it.

I want to create more works that resonate with people and make the world a better place even if just a little.

I do not have a specific person in mind, but someone whose background/skills/art styles are the opposite of mine. I am curious to see what kind of work gets produced when 2 contrasting individuals come together. Plus, there’s always something to learn from someone who is different from you.

I have chosen to surround myself with strong women who are determined, smart and not afraid to stand their grounds. The women around me are independent and strong-minded, but still open to others’ points of view and respect differences. I am grateful to have them in my life.

The women around me are independent and strong-minded, but still open to others’ points of view and respect differences.

Where I grew up the creative industry was non-existent at the time, so there really wasn’t anyone I could look up to. I was also raised in a society with a traditional mindset, who thought (and still thinks) that women should not work or are expected to quit their jobs once they get married so that they can fulfill their roles as housewives. As a result, I wasn’t exposed to women in the workforce and did not know of any local female creatives.

More than being a female, I’ve encountered more challenges by looking young. Often times I get mistaken as a new graduate and do not get taken seriously as a result. But as the project progresses and trust is built, this is usually no longer a problem.

Being young can be a double-edged sword.

Being young can be a double-edged sword. On one hand, everything is scary, unfamiliar and you are afraid of screwing up. On the other hand, being young means you are not expected to get everything right and mistakes are forgiven. It is the perfect age to experiment and try new things.

Also, reach out to older creatives – many are happy to share about their experiences and would dish out gems that schools don’t teach.