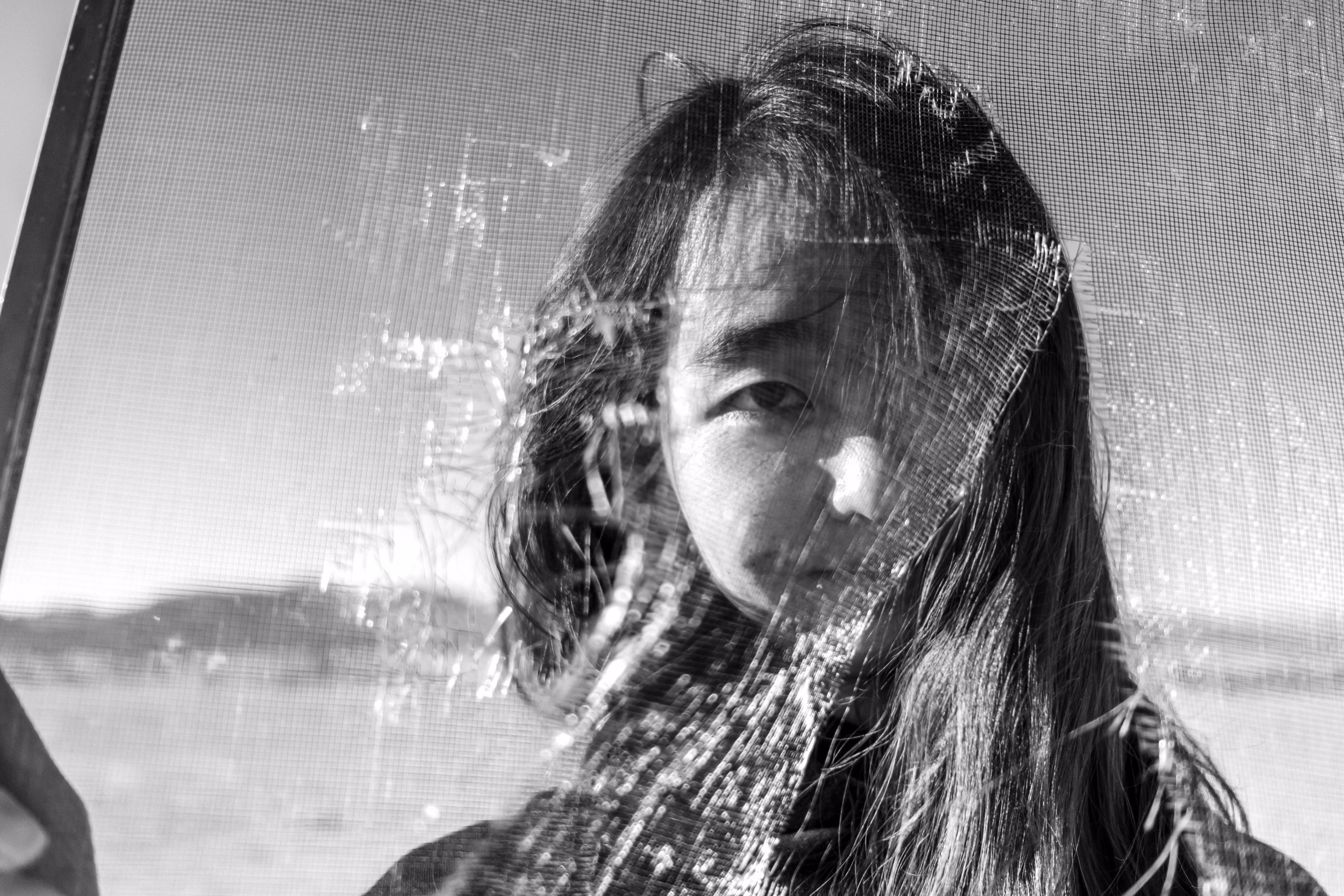 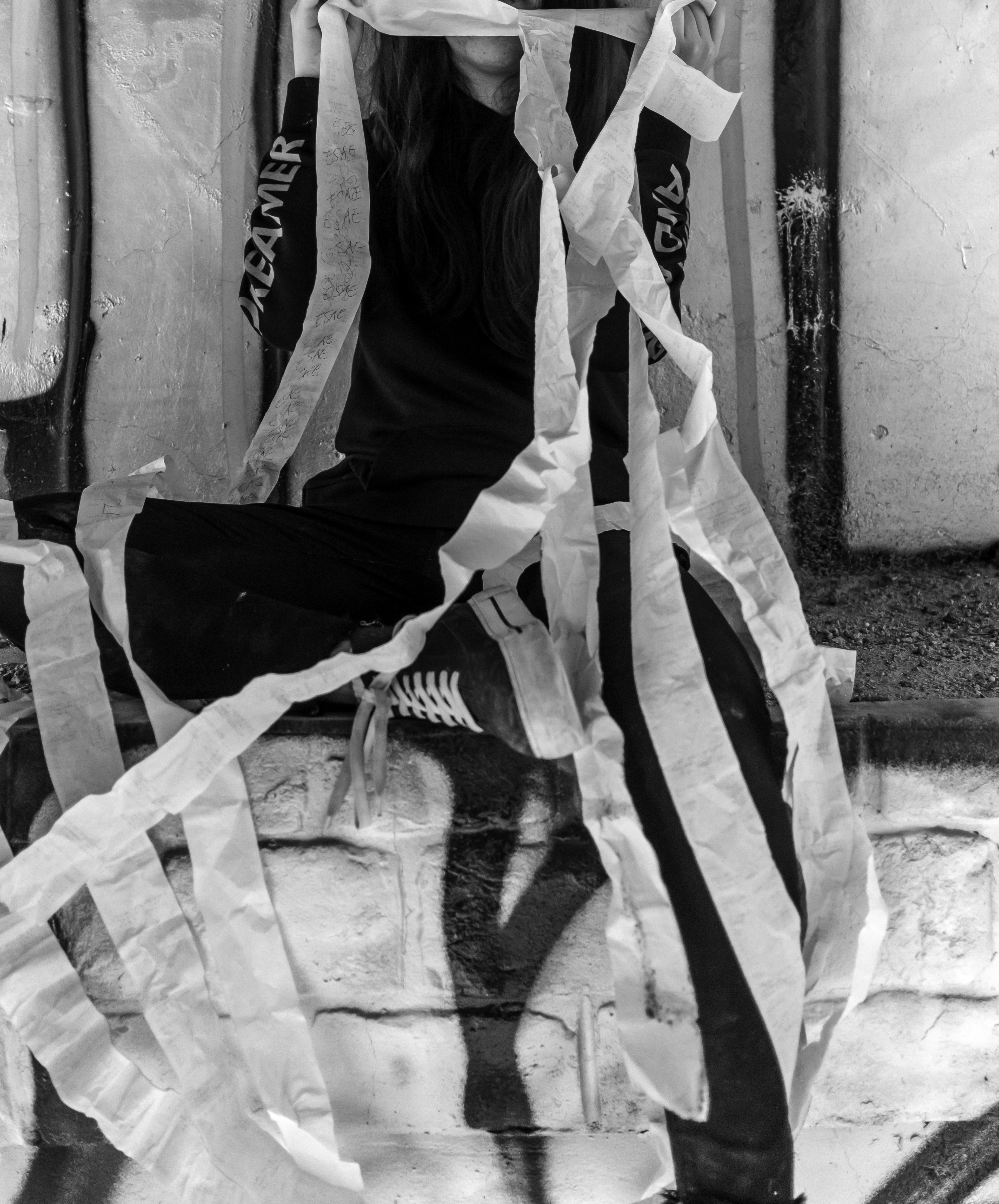 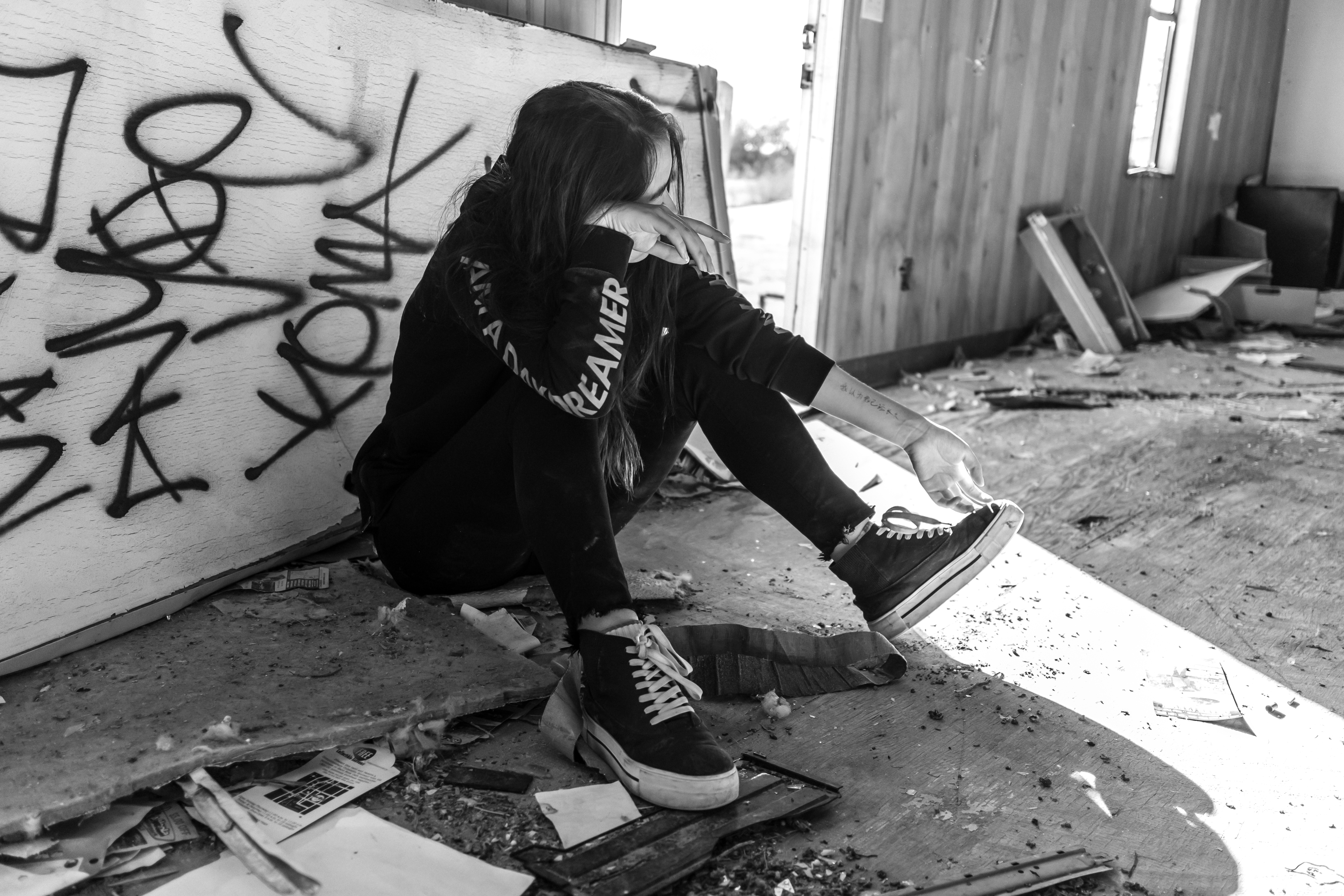 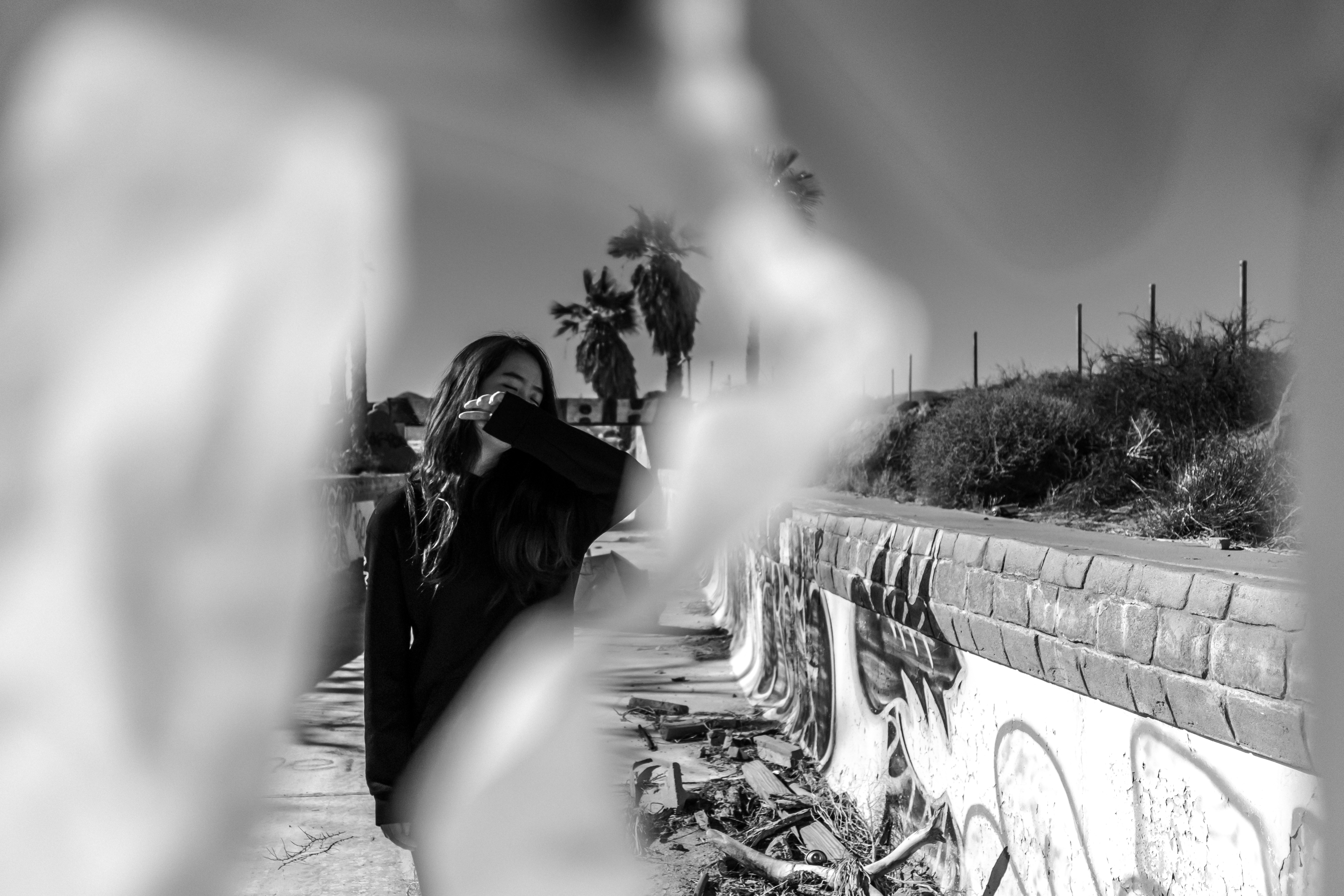 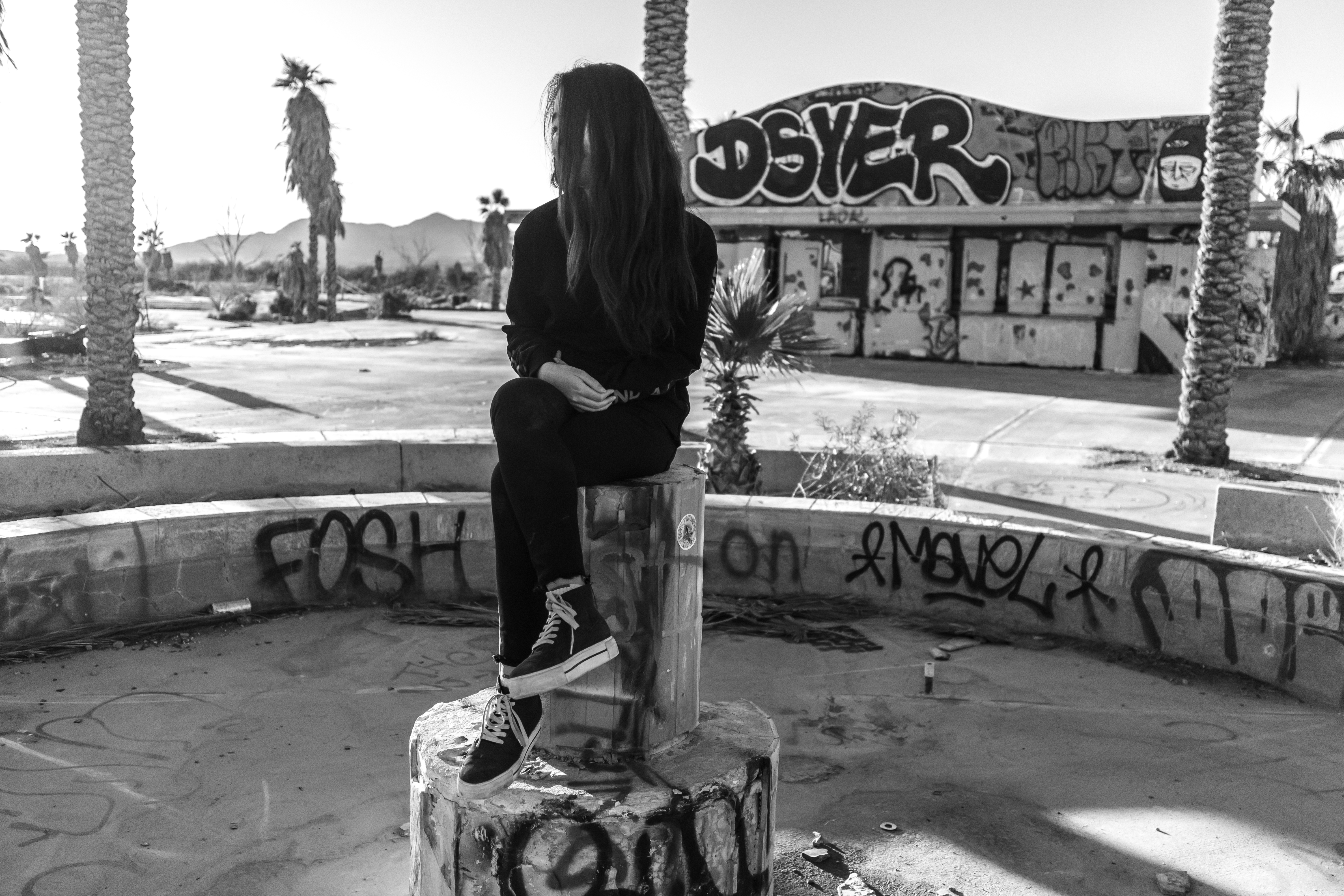 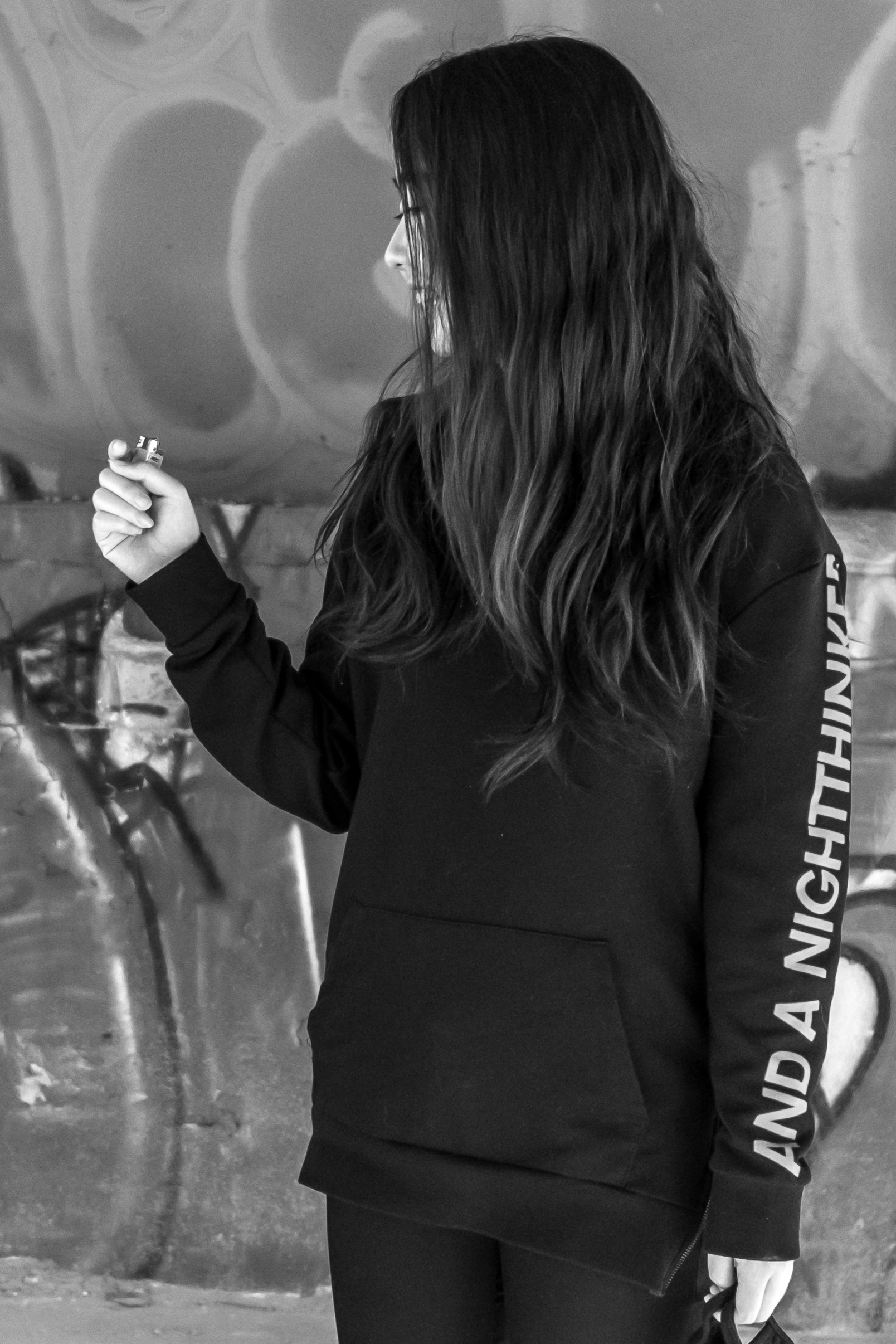 Hello! My name is ESAE. I’m a second-generation Korean artist/producer/writer located in Orange County and Los Angeles. The name ESAE means second generation in Korean but is also the first two syllable of my Korean name.

I technically live in Irvine, a very pristine suburb that is known as “the safest city in America.” But I lived in LA for three years when I attended USC. I also go to LA at least 3 to 4 days out of the week for music related things so I’m pretty much constantly back and forth.

Living in LA is great because you’re surrounded by everything and everyone you possibly need: all types of cuisine, a thriving and busy music scene, creatives of all walks of life, and public transportation (it’s not the greatest but it’s there when you’re a college student without a car). But it’s also can get overwhelming because you are can get sucked into the typical “LA” atmosphere. There’s a certain facade that you start to put up when you start networking. I definitely notice a change in mindset when I’m living in Irvine.

Living in LA is great because you’re surrounded by everything and everyone you possibly need: all types of cuisine, a thriving and busy music scene, creatives of all walks of life, and public transportation

I just decided one cold October night that I wanted to make music and was going to end up killing myself if I kept going a premed/STEM path. It was very dramatic and involved a lot of crying. Looking back, it seems so far away but that was only about three to four years ago. Not too long, but long enough to change rapidly as a fledgling adult. I didn’t know what I was doing but I just knew I had so much I wanted to say. I simply didn’t have the mental capacity to even consider where to begin because I was so emotionally volatile that I just did it. I started writing songs and then started producing. There was no process whatsoever. I know many people say that being in the industry is about who you know, but my career started because I had no one to know. There was absolutely no one in my near circles at school that did music. I am literally a product of applying to random competitions and placing in them.

I know many people say that being in the industry is about who you know, but my career started because I had no one to know. There was absolutely no one in my near circles at school that did music. I am literally a product of applying to random competitions and placing in them.

My traditional Korean family definitely wasn’t, which is understandable considering I had never written a song before let alone touch a DAW. The few close friends at that time and my college roommates definitely were. I’m not even sure if they thought I had talent but they clearly saw how deeply depressed I was on my current trajectory and encouraged me to at least try it. But words are just words, and I was always scared of getting in an echo chamber of empty compliments. In general, people around me started to see that I was serious about it when I started finished songs and producing tracks. Then they started to take me seriously when they saw my play-counts. Which is sad when you think of it because if I wasn’t so lucky, maybe people would have thought differently. A lot of people ask me how I did my marketing, but I’ve spent less than 20$ on marketing throughout my entire career. I just got incredibly lucky with my songs agreeing with the algorithm or getting on a playlist. I honestly don’t know how that happened.

I’m a simple girl with simple dreams. I just want to be able to make meaningful music that isn’t coming from a place of misdirection. So music that ultimately I want people to hear without worrying about the financial consequences. Easier said than done though.

I’m a simple girl with simple dreams. I just want to be able to make meaningful music that isn’t coming from a place of misdirection

Tablo from Epik High. I grew up listening to ‘Swan Songs’ and I really resonate with a lot of the darkness he puts in his work. Not to mention, he’s a brilliant lyricist. I would like to believe that he’s a kindred spirit.

I’m lucky to say that I’m surrounded by a small but strong circle of female friends who are so supportive of what I do in my recent years. Surprisingly, none of them are involved in music but most of them are creative in one way or another. I was one of those girls who had only guy friends growing up. I always wanted female friends, but I was always a bit scared of making them because I was bullied when I was younger. I always felt like I would offend girls by not saying that right thing. I’m glad I got over that period of my life and I hope to support and become friends with fellow female artists in the music industry!

I didn’t really have any real female role models besides my mom growing up, let alone creative female role models. I had a very skewed view of what it meant to be a successful female because as a young and very confused adolescent, I just wanted to be stereotypically pretty and successful. Blonde hair, blue eyes, designer clothing, Ivy League degree, the works. My role models came from my guilty pleasures: trashy YA novels and high school movies, in which none of the actresses were Asian. And then when I started finding K-pop groups like Girls Generation and Wonder Girls, I started amalgamating both aesthetic ideals to the point where I was even more confused. I truly didn’t know what I wanted to look like or even be like. I just knew that I wasn’t “pretty,” whatever that meant. Even until quite recently there were no Asian female producers that I knew of out there. I always had Korean music to fall back to from a young age, and I wanted to look up to the first and second generation K-pop stars but something felt off in me when I tried to convince myself that I wanted to be like that. I’m glad that there are more female producers out there, like Yaeji and Tokimonsta, that are really making a name for themselves. I never thought I had the right to even be in that position or in that space, and that it was impossible. That’s why I’m always so incredibly touched when young Asian females from all over the globe shoot me a message and ask me for advice on producing or writing. I’m slowly becoming the person I needed when I was younger.

I’m not sure if it’s something I’ve built in my head due to overreading into situations or an actual problem. I think it’s a bit of both, but I feel condescended to a lot. There are sometimes when it’s outright, where people are just straight up rude and patronizing to my face. Sometimes it’s more subtle, like telling me I would benefit from weight loss, styling, and makeup. Like asking me who made my beats and if “he” was producing for other artists. I guess with the Hallyu wave and K-pop’s growing popularity, people see that I’m Korean and immediately associate me with that. I’m grateful for the spotlight Korean music is getting because of it but it often leaves me in a confused position where I’m expected to be something I’m not. Most of the times, I know that most of these suggestions and questions come from a place of good intention but genuine ignorance. It doesn’t help that I look generally unassuming and could pass as a high-schooler. I know I could just change my behavior, maybe wear some darker clothing and some thick eyeliner to look a bit more intimidating. Toss in a leather jacket and heels in there as well. But that’s not me on most days. Life is so draining as it is, and trying to pretend someone I’m not just to prevent being treated a certain way sounds like a one-way ticket to my personal hell. I’m also naturally apologetic, saying sorry for things that aren’t my fault, and I realized that people will treat you the way you treat yourself. So even though I know I have a long ways to go as a producer and artist, I’m trying to learn how to be proud of the value I offer to the table. You can be humble without being self-deprecating and confident without being arrogant.

Being optimistic is great and it’s needed, but positivity that isn’t rooted in reality is just shooting blindly at pipe dreams.

Being optimistic is great and it’s needed, but positivity that isn’t rooted in reality is just shooting blindly at pipe dreams. The world, more often than not, isn’t going to understand you. As difficult as it is, I realized that I need to try to understand the world instead of expecting it to listen to me. It’s unfair and lonely, but it’s also the truth that can cultivate a deep-seated strength in you once you realize and accept it. Experiencing injustice, anger, and bitterness can lead to one of two things: more of the same or a capacity to see a clearer picture of a worldview that doesn’t just involve you. And I think, as an artist, that is the single most important skill to have in order to make music that encompasses much more than a singular narrative. Find something to say that is worth listening to.