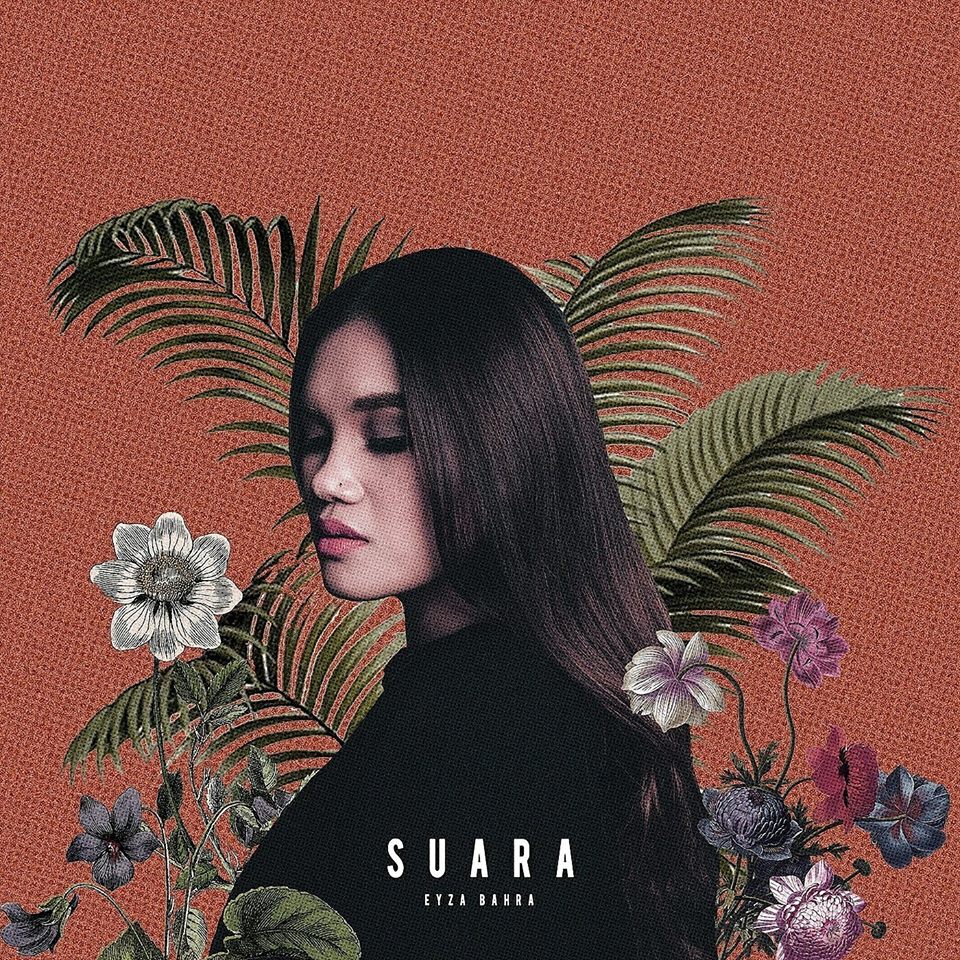 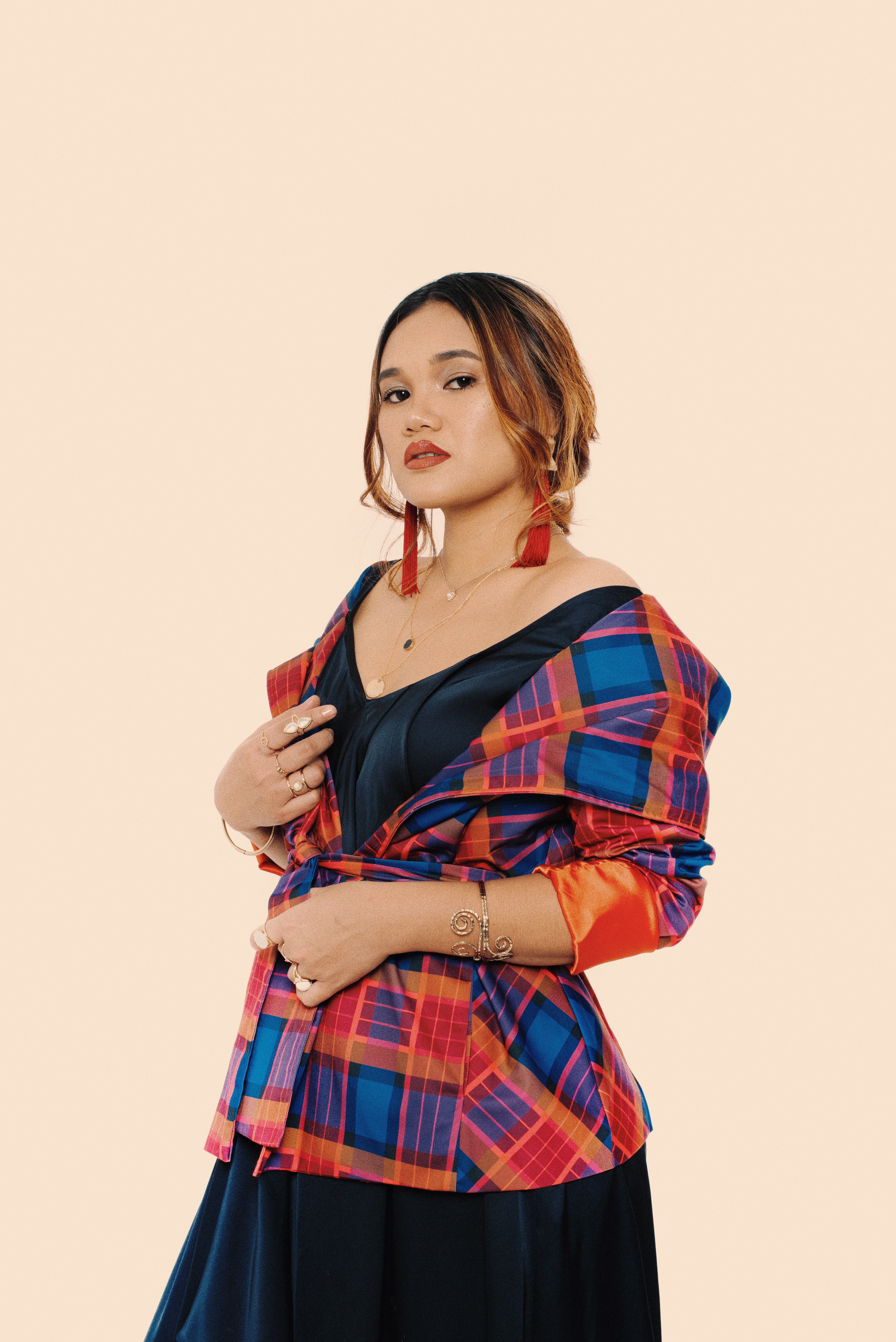 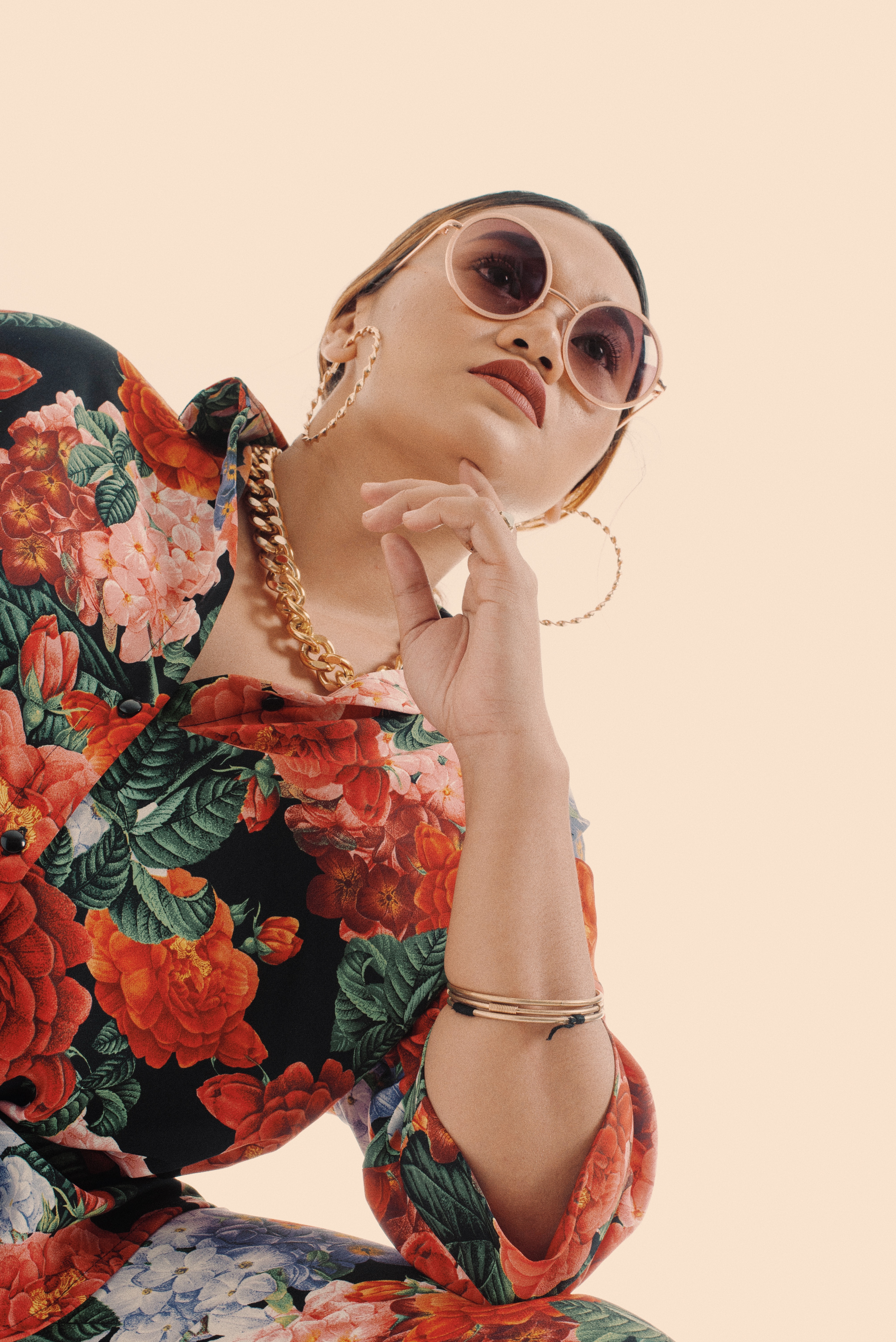 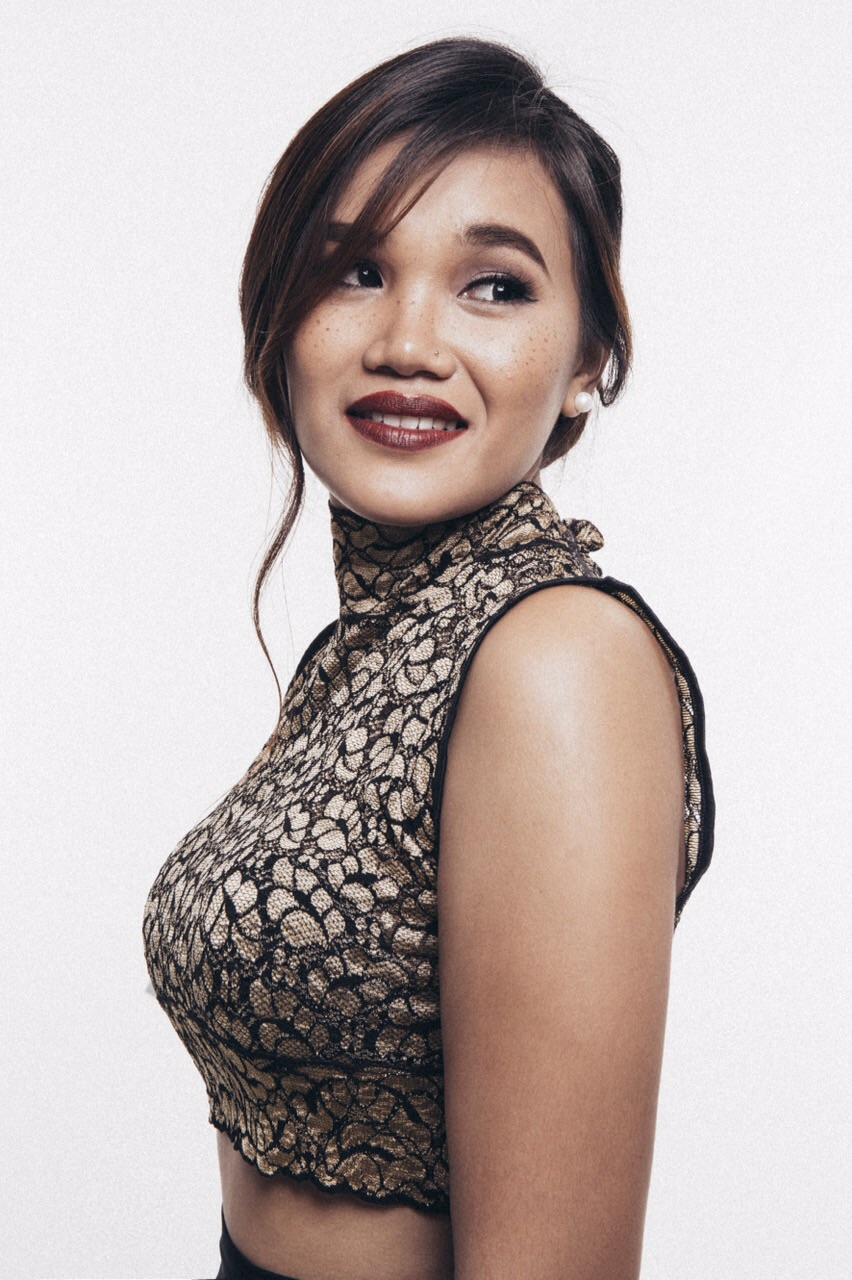 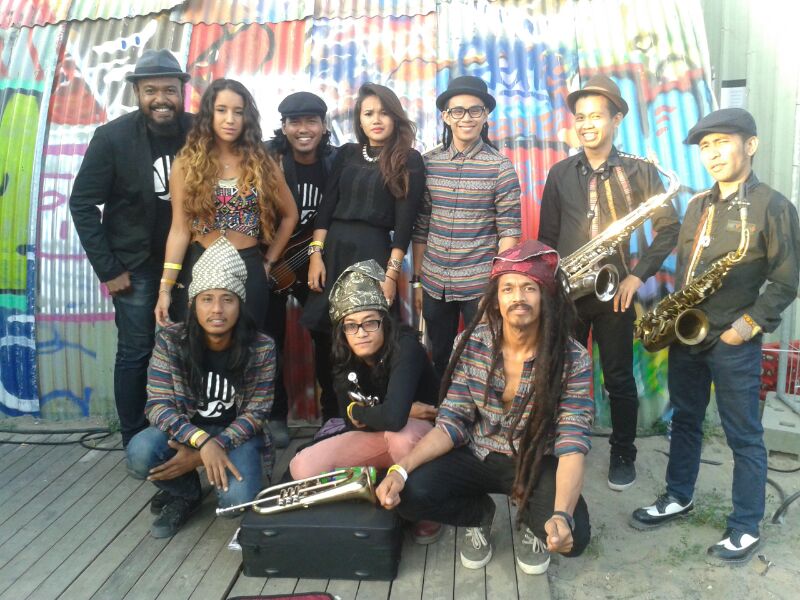 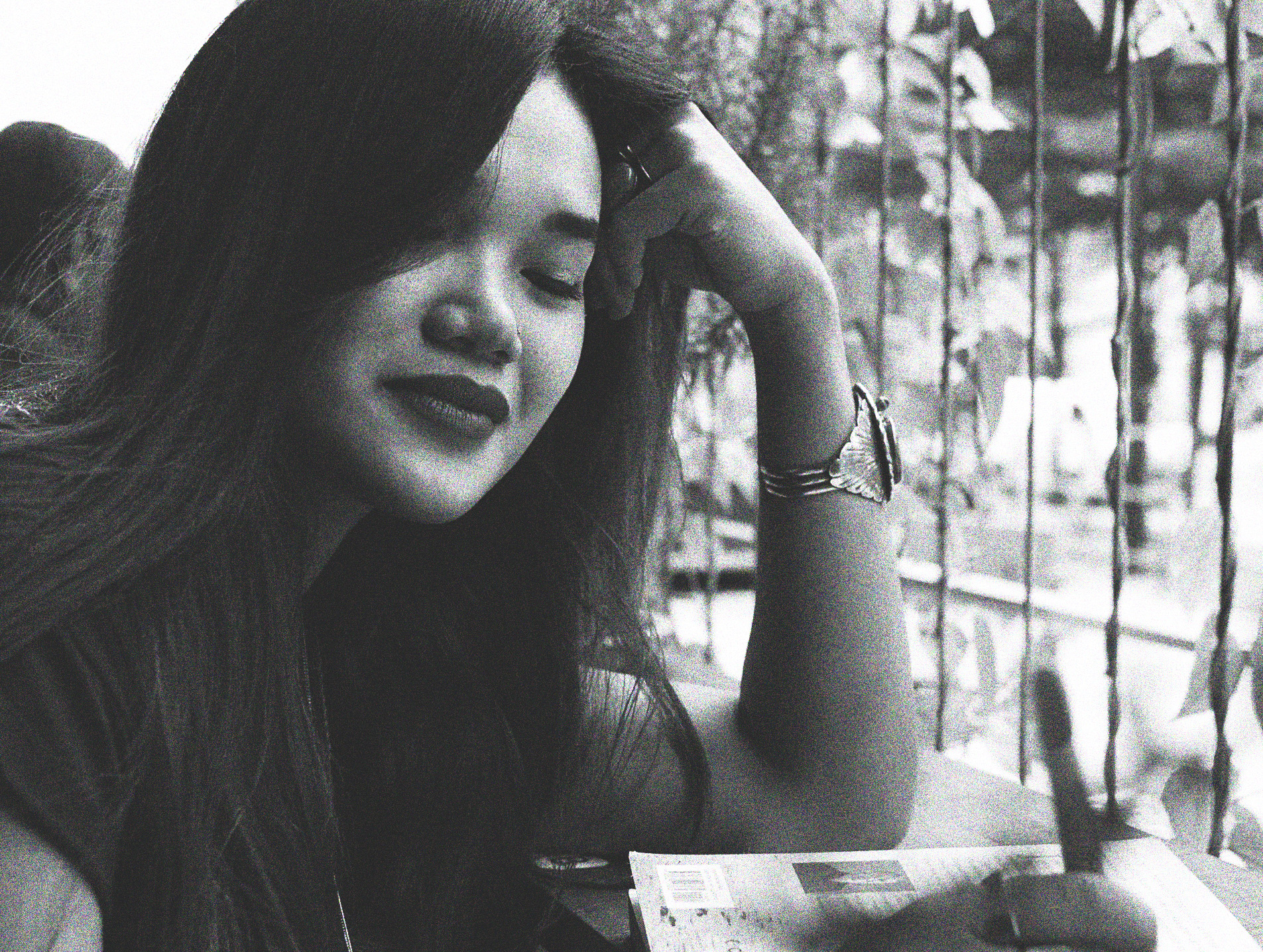 I’m a singer-songwriter from Malaysia. I was born and raised in Sabah but I moved to Kuala Lumpur for college which is where I began to get involved with music.  My musical journey started with a band called Salammusik. I fell in love with the creative process of music making. Since I was a kid, I’ve always felt that writing is a form of therapy and since I write my own lyrics, then music writing came very naturally to me and it made me feel like this is one of the creative processes that worked for me. As an individual, I love questioning life. I think we as human beings have never reached the level where we fully understand the purpose of why we are here in the first place.

Kuala Lumpur is a big city. It’s our version of the land of opportunities I guess. Just like any other busy cities, the pacing can be fast. You can call it “Happening”. It’s lively, day and night. Good and bad people around equally but most of the important part of being in this city is, it helps you to feel inspired because there are always new things to learn around you.

The best thing about living here is that I’ve got to meet people with different backgrounds and walks of life.

The best thing about living here is that I’ve got to meet people with different backgrounds and walks of life. I was born and raised in Sabah, things are different there, but I was lucky enough to be able to experience life in both cities, Kuala Lumpur and Kota Kinabalu. These people I have met had helped me become the musician and the person I am today. In a creative way they have inspired me, I’ve learned a lot.  The worst thing about being here is that sometimes there are too many limitations that you have to follow and you have to deal with some level of mentality which you can never compromise with.  And I have to be honest, it’s frustrating sometimes.

I started with a band called Salammusik. But before that, I was actively performing around, helping other musicians do back up singing at restaurants, bar or any open mics. But Salammusik is where it all began. It’s a breakthrough that made me decided to do it professionally. This happened in 2010 after college.

To be honest, my family wasn’t really supportive at first. They wanted me to be a lawyer and have a normal office job. I know they were just concerned. They were very critical about it. But when they see I was doing it passionately, they decided to respect my decisions and became my biggest supporter and support system ever since. I am so thankful for that. Apart from that, I’m blessed to have friends that are very supportive. They have been there since day one.

I have stopped thinking about what I want in the future because I’m starting to learn to live in the moment. To be able to love and appreciate what I have now. I mean, there are plans on what I should do next but I don’t expect anything for the future from it. All I know is, I have to keep on going and doing things that I love (which is being creative) not only in music but also in another aspect of life that can help me and people around me in becoming the best version of ourselves.  What’s more important is that I just need to go out there and do it. Keep being creative as much as I can.

What’s more important is that I just need to go out there and do it. Keep being creative as much as I can.

My answer for this question will change every time because there are so many talented people in this world that I would love to work with, but since I have been watching  Stephen Chow’s movies lately, I think I would love to work with him. He’s a genius. I don’t appreciate watching him when I was a kid, but watching all his works again as an adult, it gives you another level of perspective.

They are the definition of real love. I can see so much love in them, it’s beautiful.

Yes. It’s the late Yasmin Ahmad. I watched all her movies. I read her poetry.  I listened to her interviews. She’s one of a kind of a soul that has helped me in being who I am today. I never knew her personally but her works moved me in a way that I can never imagine. Her works are very powerful I feel like, there’s some part of me that wants to be exactly like her. Argh, I love her so much you guys should check her out.

There are. But I try not to let those challenges present themselves as challenges. I try not to put the distinction between men and women beyond anatomical because I believe, that’s the root of the problem, dividing mankind into groups. I acknowledge that question and my answer is yes there are challenges but not because I’m a woman and men dominate the industry that I’m in,but it’s just the nature of anything I guess. There are outcomes that you desire, and outcomes that you don’t desire.

All I can say is be as genuine as you can, and also be brave and kind to people around you. It can be very challenging sometimes, but never stop believing in yourself.

All I can say is be as genuine as you can, and also be brave and kind to people around you. It can be very challenging sometimes, but never stop believing in yourself.