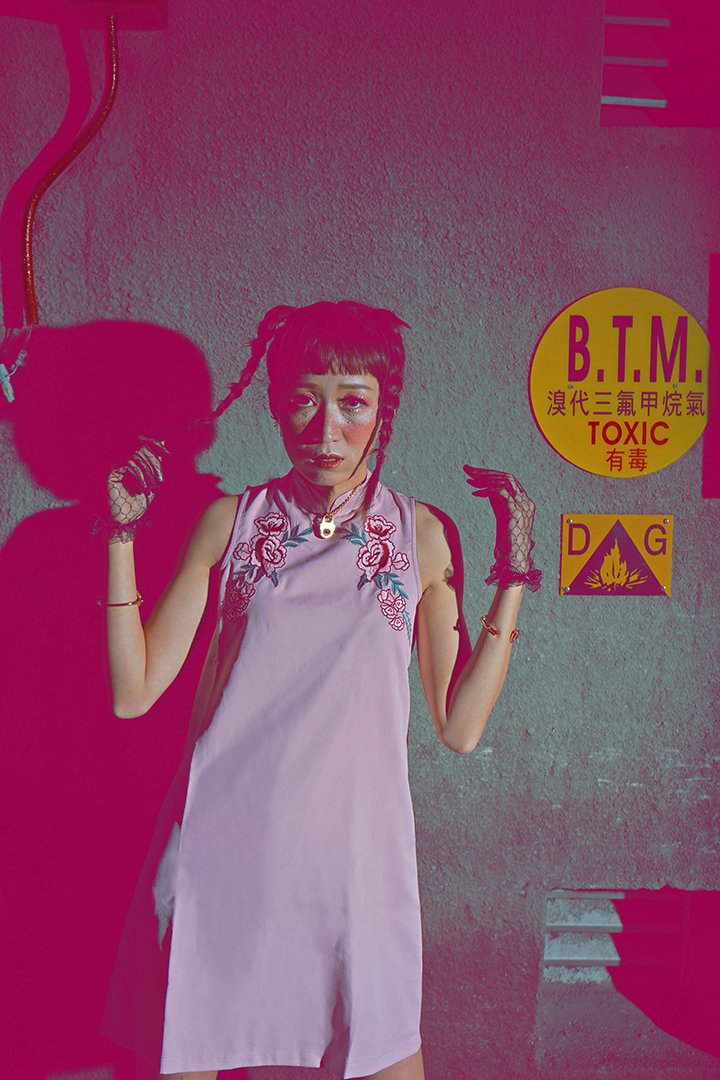 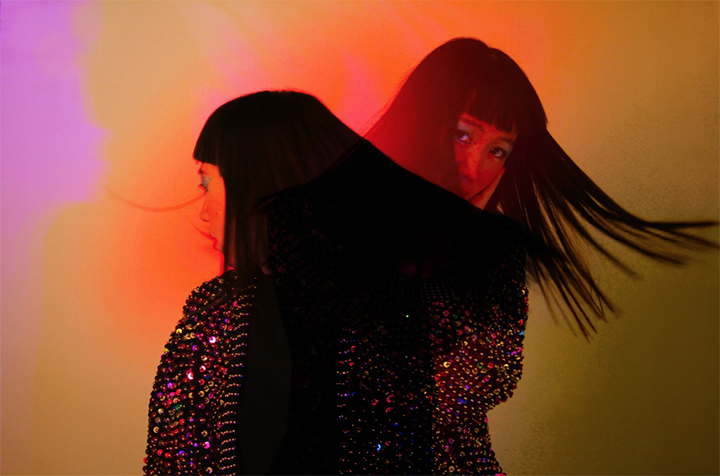 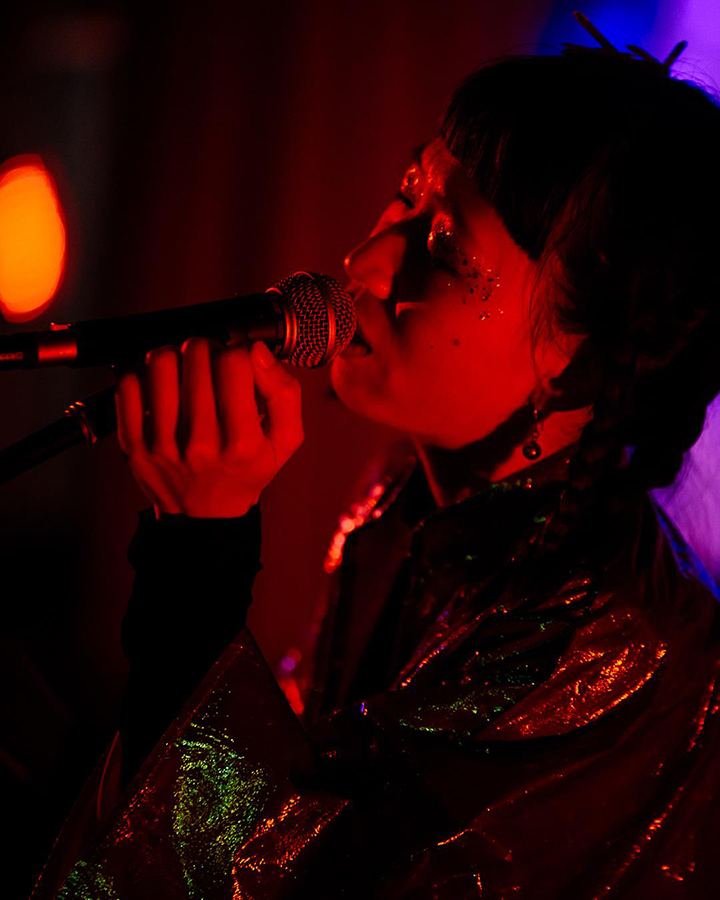 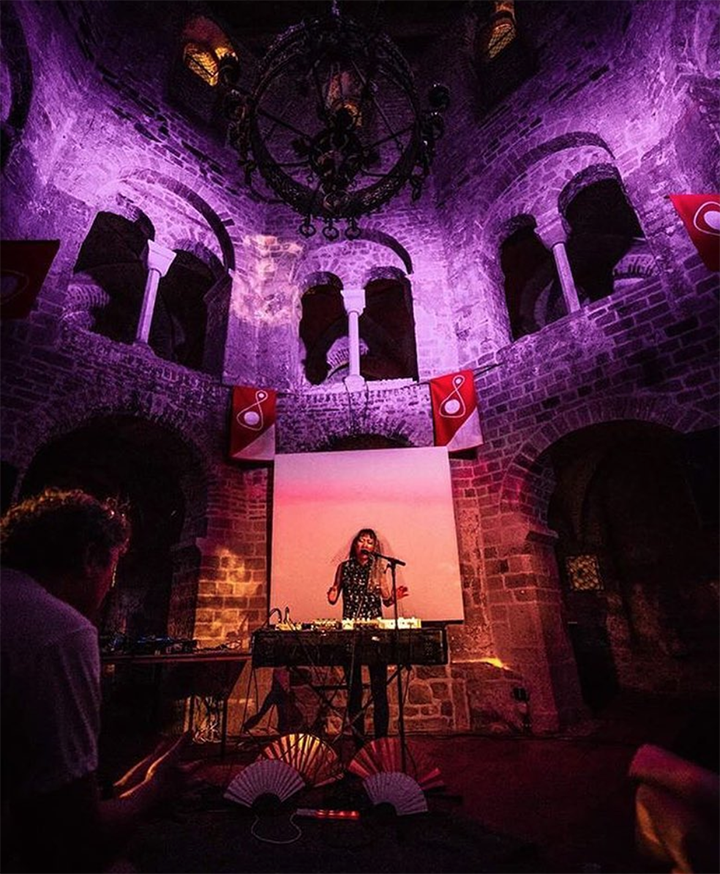 Hi, I am a HongKongnese-Kiwi artist currently based in Sydney. I produce electronic art-pop music and videos under the moniker French_Concession. Other than music, I also do a bit of illustration and 3D animations. Fantasy and surrealism are what I am into.

Although I am now living in Sydney (since March this year), the small seaside village of Waikuku Beach in North Canterbury, New Zealand (near Christchurch) has been my home for the past 6 years. The beach environment there brought me close to nature. From the beach, you can see the seemingly infinite coastline of Pegasus Bay. Waikuku is a very windy place, and one lives with constantly changing weather. The quiet village life at Waikuku gave me an introspective view and clarity for my creative world. Sometimes I feel that the quietness and isolation magnify the ideas in my head.

Fantasy and surrealism are what I am into.

The best things about living in the New Zealand countryside are fresh air and the peace and quiet. On the other hand, there are not a lot of going-out or a good range of local Asian eating options! Sydney is the opposite…

I’ve always been writing and making music, but because I used to travel a lot, my “music career” only started when I moved back to New Zealand and the local independent music radio stations started playing my music. Later on, a NZ music label wanted to release my music and I was invited to perform at APRA Silver Scroll Awards in 2018. After that, I started doing more gigs and toured Europe and Japan that same year with Indi (a talented NZ musician friend of mine).

Yes, my family and friends have always been supportive – I’ve been very lucky in this respect. I have a group of friends in Hong Kong that often help me out with my visual projects. I am very grateful for that.

I am planning to release an album early next year (2020) so I am working on a few music videos at the moment for this release. In the past, I have created a kind of ethereal synth pop music, but I have been developing something different in the back as I am trying out new idea and styles. I am also hoping to create more 3D digital works to accompany my new music. I mainly just want my work to evolve from project to project and explore new ideas and concepts.

In the past, I have created a kind of ethereal synth pop music, but I have been developing something different in the back as I am trying out new idea and styles.

I don’t have a person particular that I wish to collaborate with, but I would love to collaborate with artists in other disciplines, such as filmmakers and installation artists. They don’t need to be well known, but we need to have a connection and some common understanding. For example, recently I directed a music video for a Belarus/Berlin artist called Mustelide because we appreciated each other’s work. Currently, I am collaborating with a very unique Japanese artist called Osyaberi Art on a psychedelic electro track…Basically, anybody that is interested in working with me is welcome to hit me up 🙂

My female friends are people that want to change the world. Some of them are activists for Climate Crisis, anti-fascist (human rights) movements, and LGBT rights. I am very proud of them. I also find that my women friends are more easy to communicate with comparing with my guy friends. They speak their mind and have less of an ego.

They speak their mind and have less of an ego.

To be honest, no. I was living in Hong Kong through most of my teenage years in the 90s, and there was not much of an indie music scene around then. Mainstream Canto pop pretty much dominated the music scene. Hong Kong is a small city (in terms of area), so I think it is natural that most people look outside of the city for new cultural influences. Nowadays, I look up to female creatives that are independent and able to achieve a vision on their own.

Yes, I do feel I get less credit for my own work if I perform with a male person on stage, like I am all of a sudden just a lead singer in a band, but I try not to let it bother me so much 🙂

Life is short, there is no time for self-doubt or to dwell on criticism.

Life is short, there is no time for self-doubt or to dwell on criticism. Be ready to do everything yourself. Empower and support each other, and remember those that helped you along. Be kind and be humble! Easy!