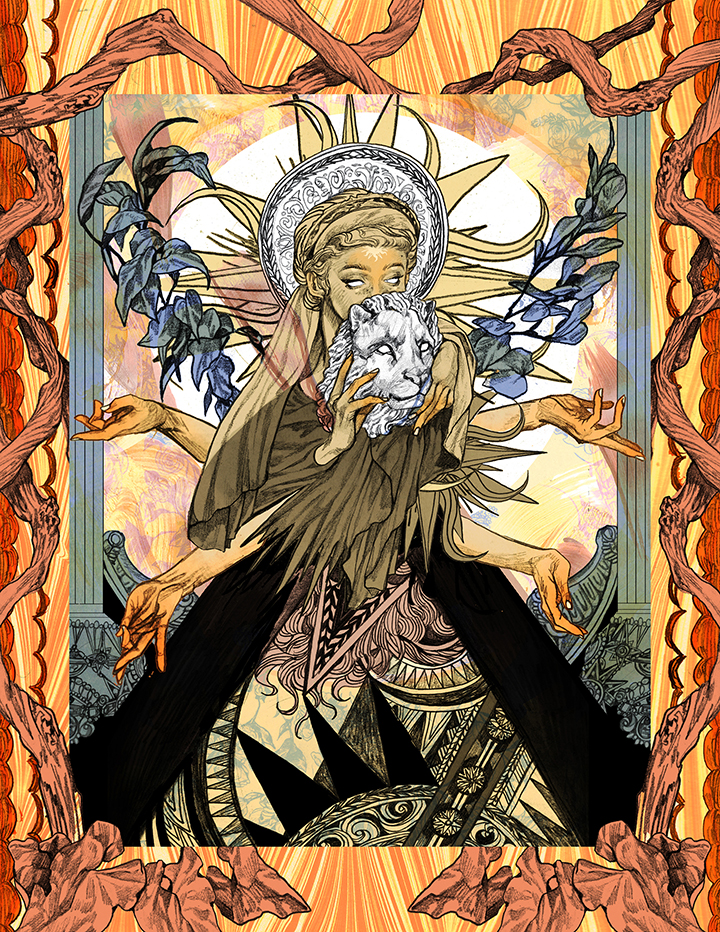 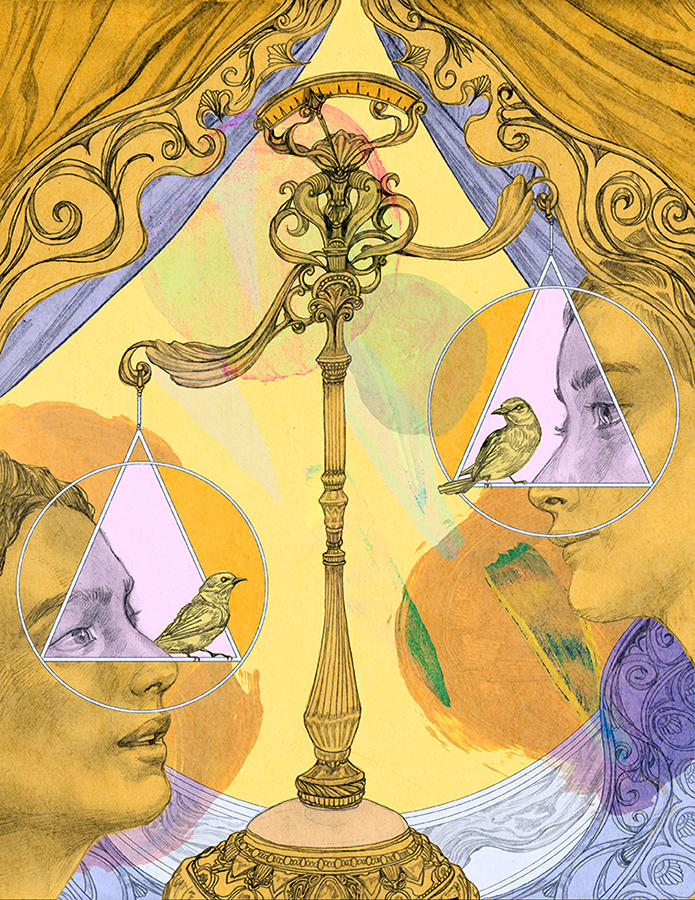 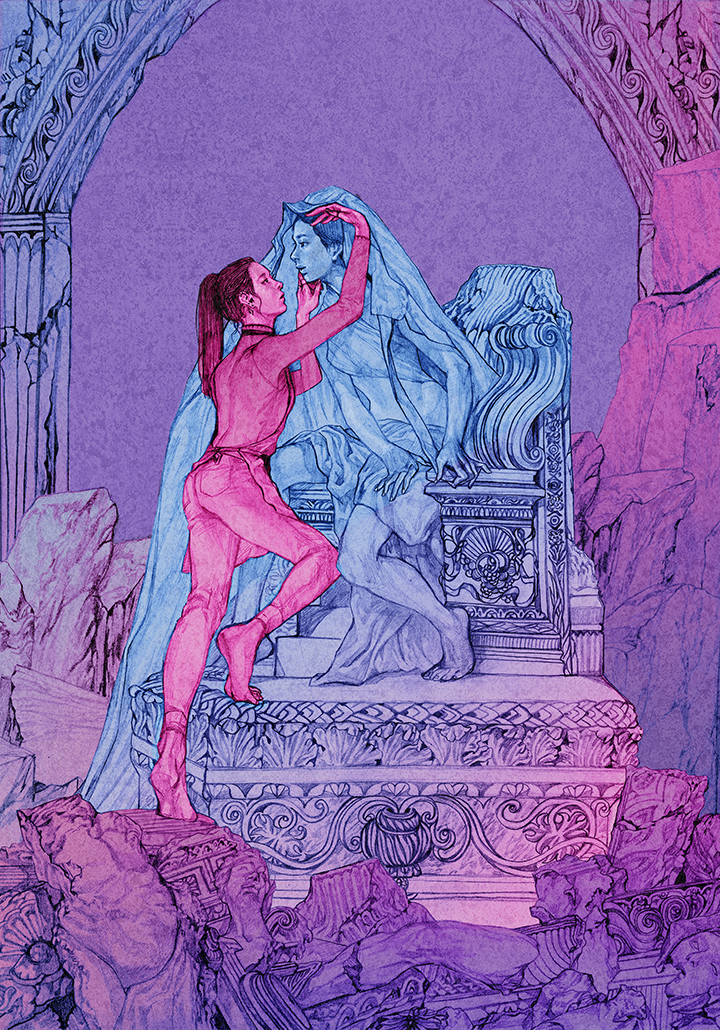 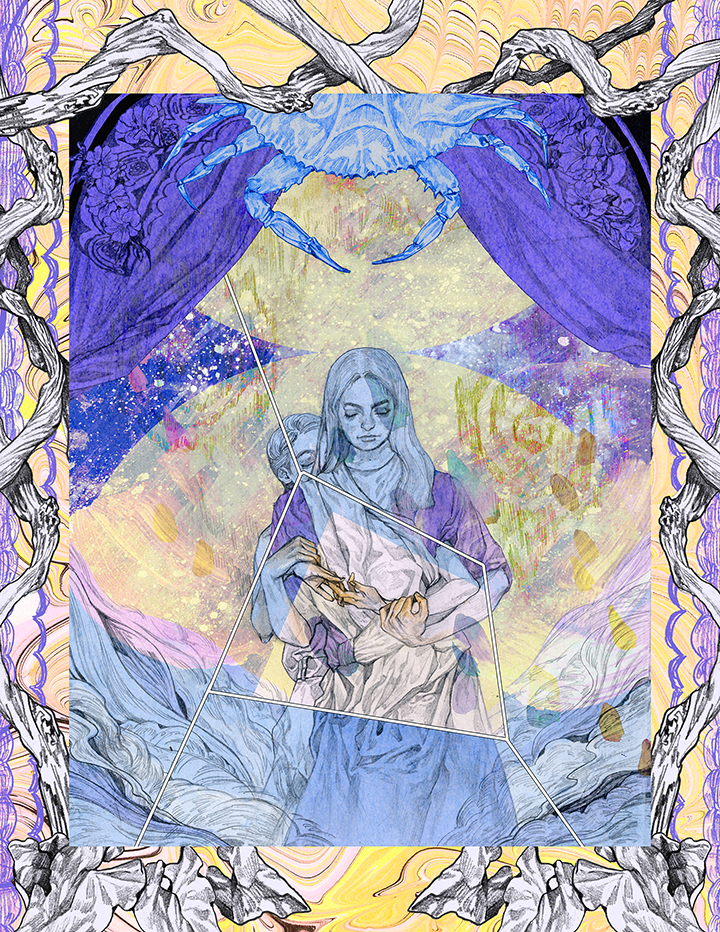 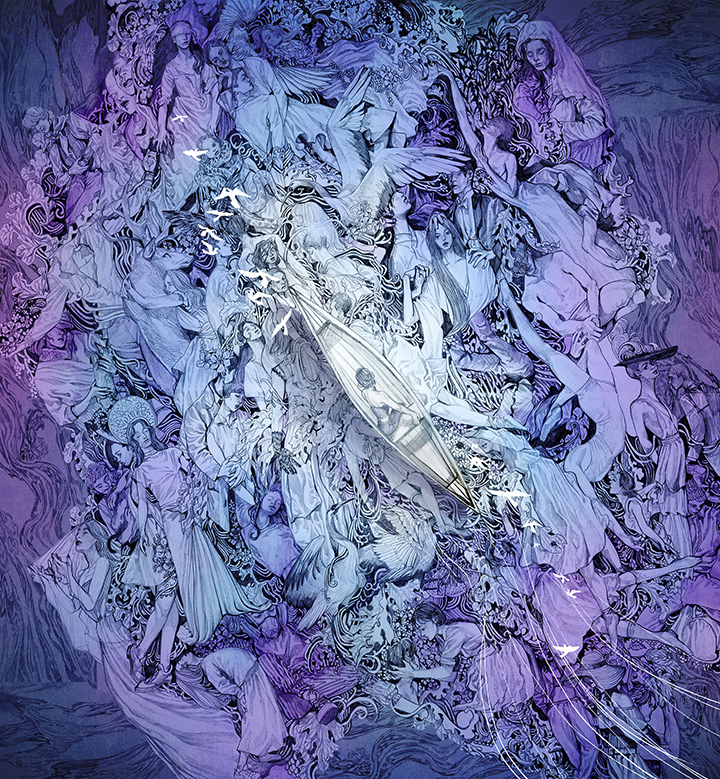 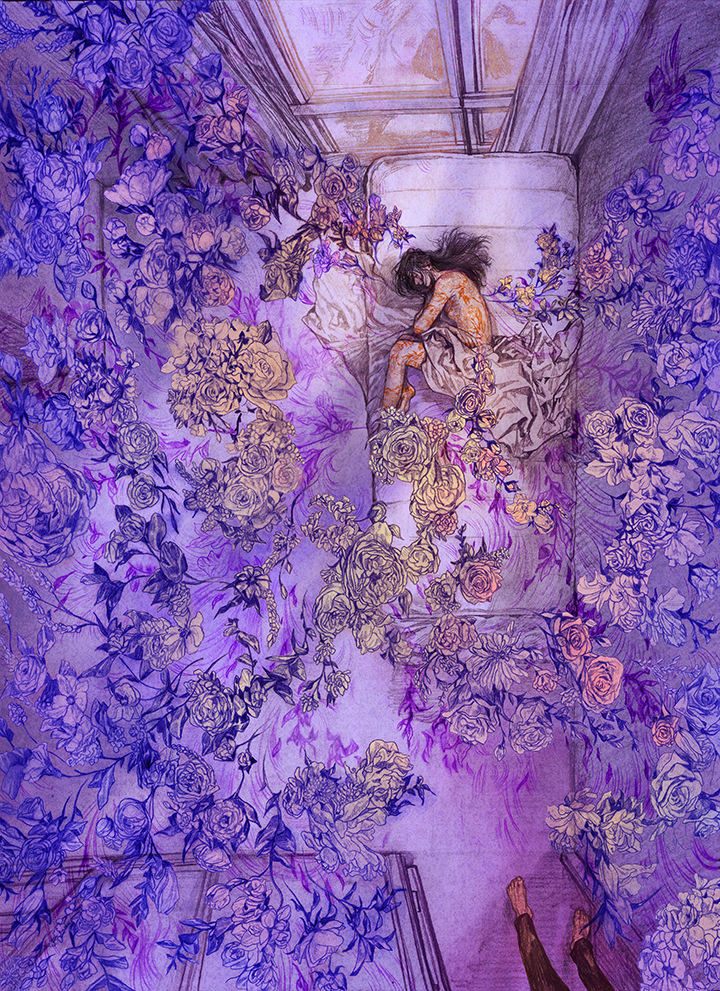 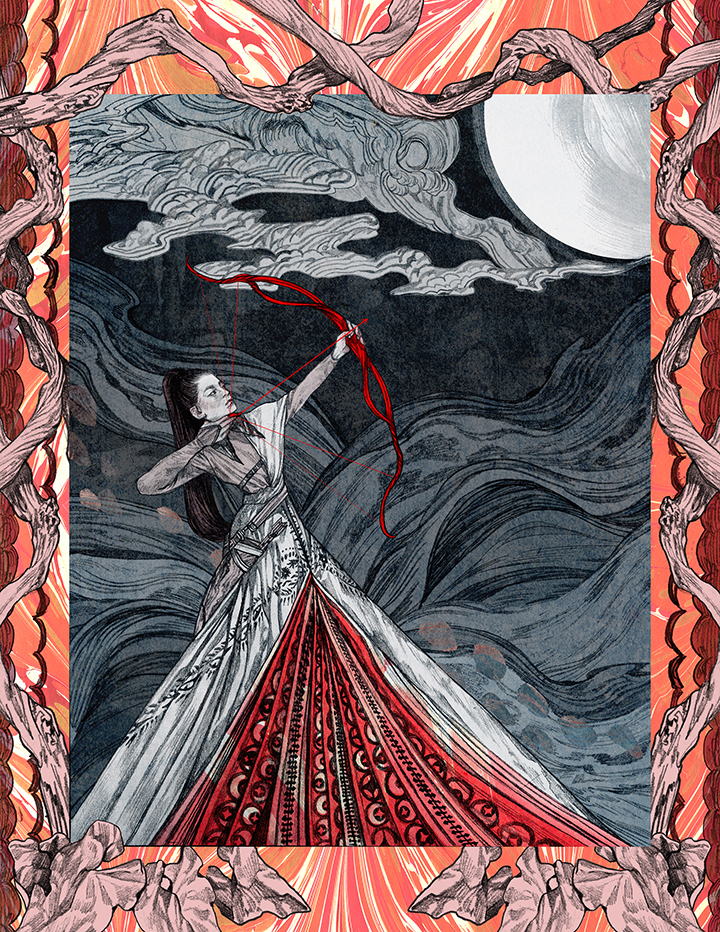 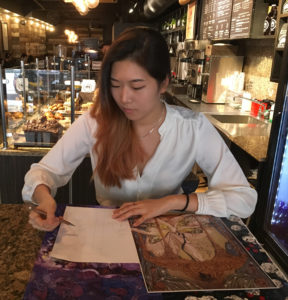 Hi, My name is Jen Yoon. I’m a freelance illustrator based in New York and Seoul. My works specialize in both digital and traditional mediums, creating line works arouse deep, strong emotions. I was born and raised in Korea and moved to New York City and attended School of Visual Arts, which I graduated this year.

For NYC, as people said, this city feels like a gigantic apple that makes people seem like tiny worms. Many different cultures are closely intertwined and easy to experience if you are willing to do it. Since there are so many great artists living around the city, it’s always inspiring and busy with new art-related events. However, because it’s always packed with people who are looking for opportunities, to me personally, it was exhausting. Constantly under the pressure of meeting new people or making connections. In terms of living situations, I feel ambivalent. MTA is going literally everywhere in the city, so you don’t actually need a car, but I’d rather walk than waiting in the steamy station for the train. Also, there are tons of parks in the city which I really appreciate. Especially Washington Square Park at summer night, but it was such a hassle to bear with catcalling on my way back home.
For Seoul, infrastructure is well equipped, clean and fast which makes me want to “live” in Korea. While New York was the place I just wanted to “stay” in my 20s. The main reason I planned to go back to Korea after graduation, was that I need a stable and quiet place to more focus on my works at a reasonable price.

Definitely coffee in NYC. From small local coffee spots to big chain coffee houses, they all have their own personalities like flavor, interior, even mugs! Exploring a new coffee spot makes me forget about everything for a moment. The worst thing is probably racism on the streets, I guess. I still don’t get it why people were so angry and pour their anger to random people in public spaces. Honestly, whispering ethnic slurs happened almost every day when I used to live in Manhattan.
The best thing about Seoul is as I said, clean and new city environment. On the other hand, air pollution has been a rising issue in Korea. I remember that my eyes were sore after I went outside for a couple of hours on that hazy day. After that experience, I was always worried about my family and friends, whenever I saw the pictures of toxic haze in Korea.

I was looking for literally any job related to drawing/illustration. Sending an email a lot, trying my best to keep up with social media, and looking through illustration websites that have a job section. Sometimes they contacted me through websites like Behance or Grafolio, or sometimes I got the response from where I contacted. It’s not consistent yet, so I have to create my own project and promote myself in-between.

Even though they work in different fields far from illustration, still they have passion inside to create their arts like photography, coloring books, visual diary, singing, and so on. This kind of environment with different points of view inspires me a lot.

Yes because many people around me are creative in their own ways. Even though they work in different fields far from illustration, still they have passion inside to create their arts like photography, coloring books, visual diary, singing, and so on. This kind of environment with different points of view inspires me a lot.

I would love to work on a long term project that will be created on a bigger paper. I usually work on A4 size/ Letter size paper for sketching, or A3/ tabloid size at most. Therefore, throwing myself into a wall-sized paper is almost dreamlike to me right now. My plan is after I finally settle down in one place, I will start to figure out what kind of content it would be.

I would love to work on a long term project that will be created on a bigger paper.

Right now at this moment in the interview, my answer is Sia. Recently Sia’s Snowman slowly grows on me since the weather is getting chilly. I’ve been a huge fan of Sia too, love the way she expresses herself through her songs, voice, and performance.

Strong, hard-working, positive. My friends focus on pursuing their dreams, know what they want to do, and do their best to achieve them. I know that I get inspired by people who dream and work on it. Even though the progress is slow and stuck with barriers, their passion never fades away. My friends around me right now are mostly on the stage of starting their careers in creative industries.

In Korea, Greek-Roman mythology graphic novel by Eunyoung Hong was enormously popular when I was young. The characters, drapery, and composition were so sleek, which formed a lot of my art style at that time. So, When I got the first Korean book project about Norse mythology, her book was the first thing came up in my mind. Then I thought, the past is the present and how all these things are connected together. On top of that, during my senior year in NYC, having Yuko Shimizu as one of my portfolio professors was the most inspiring thing. Especially her work ethic. I learned a lot about the business side of freelance illustration and her working process.

Nothing actually came up in my mind for now.

Don’t give up. I’ve been through the phase when I doubt myself, my career path and wanted to drop it all. But as the famous quote said, when one door closes, another opens.

Don’t give up. I’ve been through the phase when I doubt myself, my career path and wanted to drop it all. But as the famous quote said, when one door closes, another opens. Eventually, something will open, so keep trying and do not linger in failure. Also, one thing that helps me to anchor myself in a stable mind is exercise. A daily exercise routine resets my mood every day even though I went through the worst day ever. If you have backache or neck pain as we all do as creators, I recommend attending any yoga class around your neighborhood. I don’t know why and how, but doing yoga in a class with instructors has a synergy effect than doing it by yourself. It was quite eye-opening to me and my lower back too.