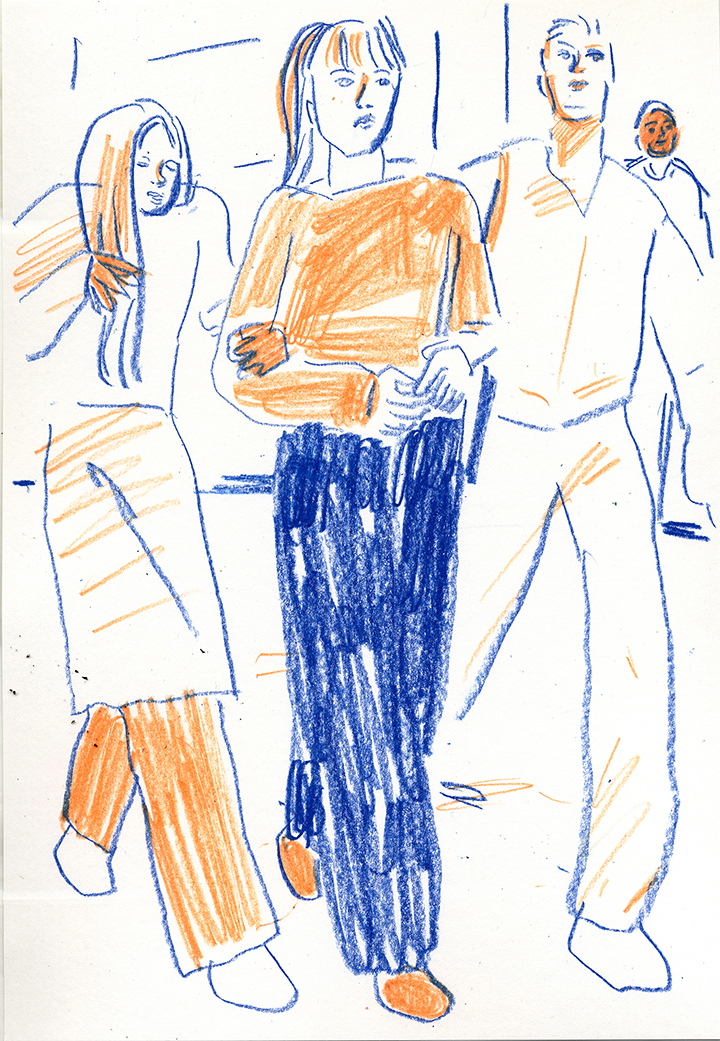 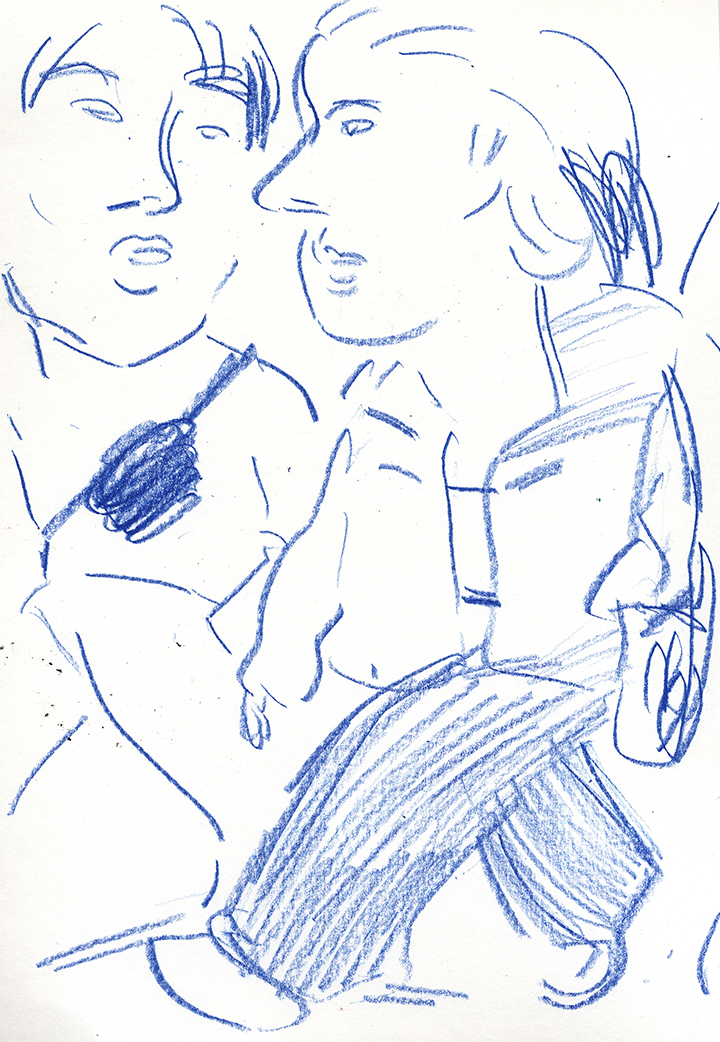 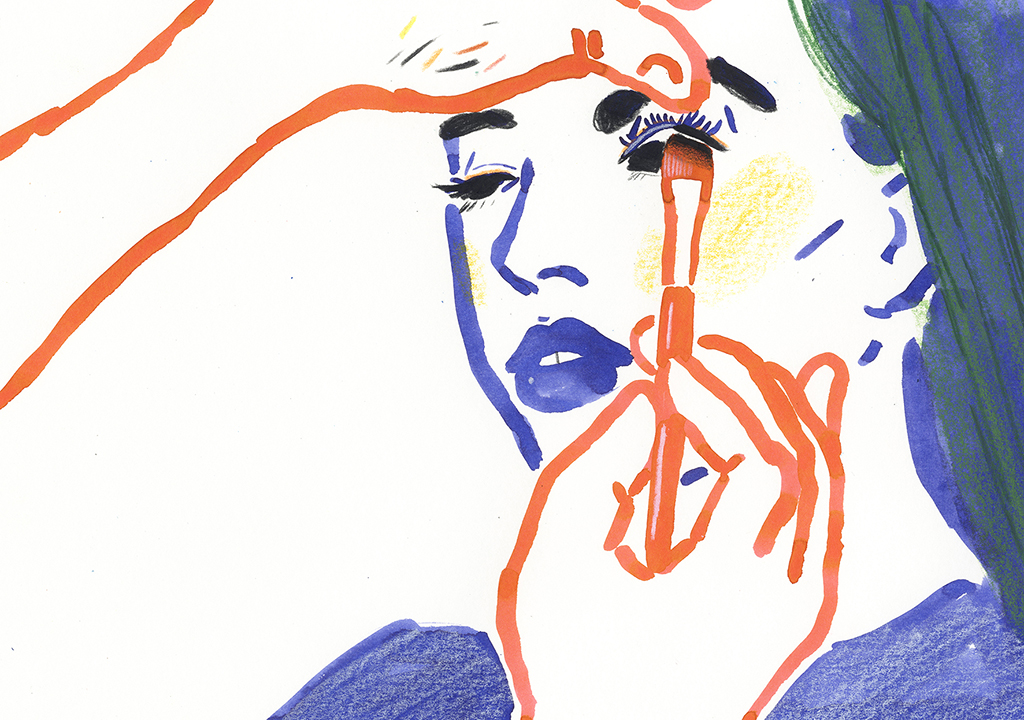 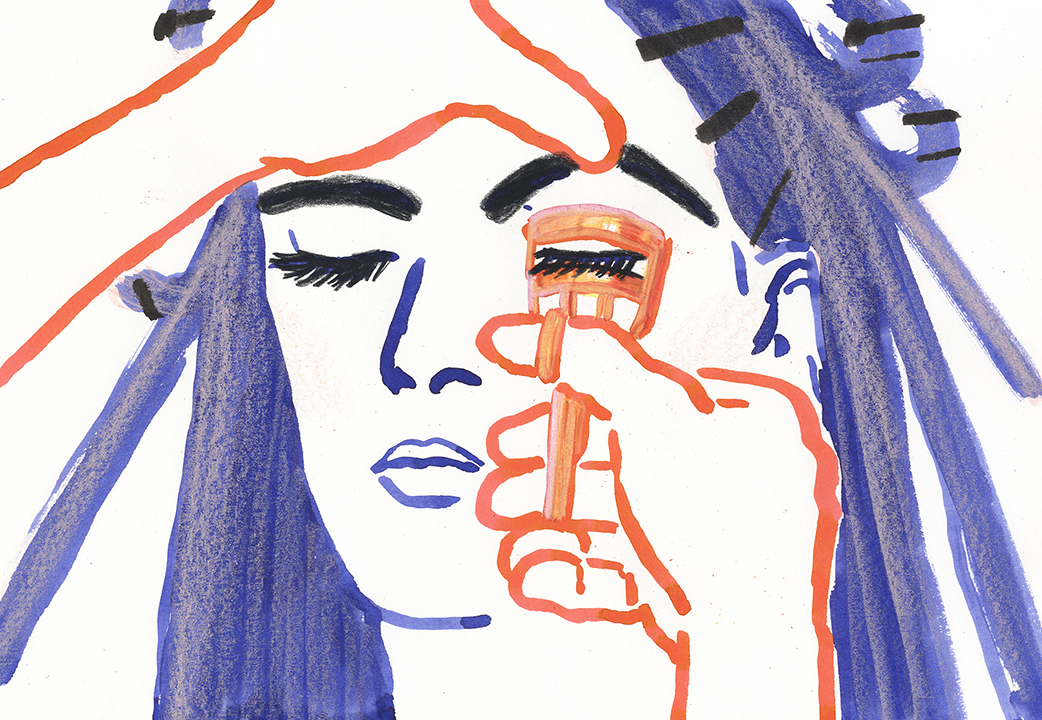 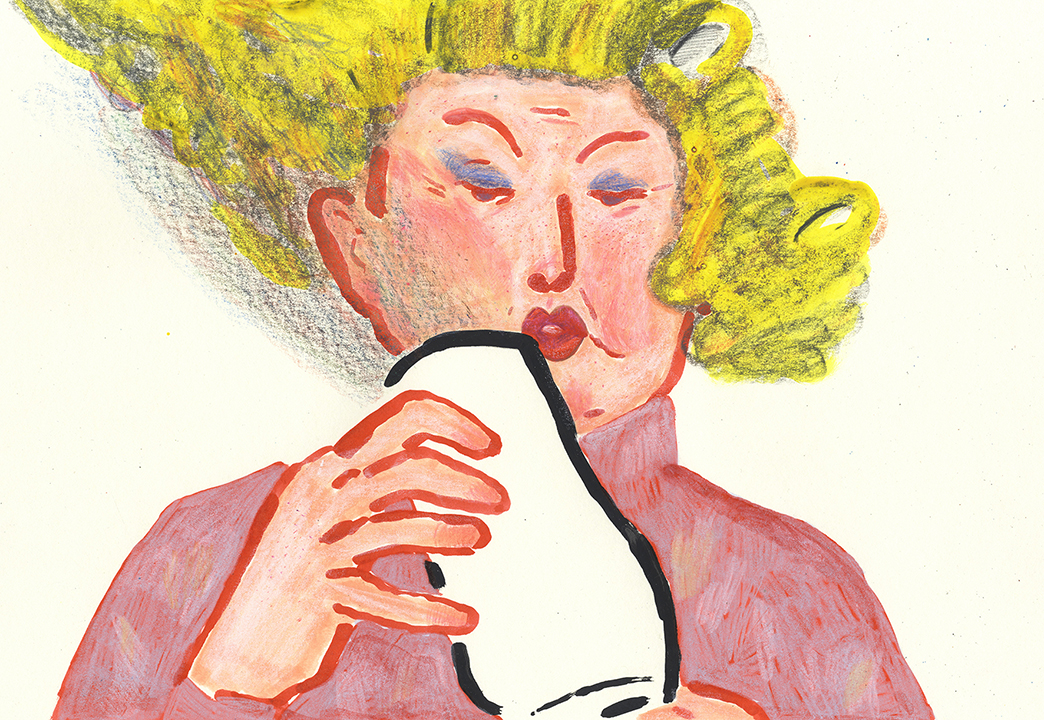 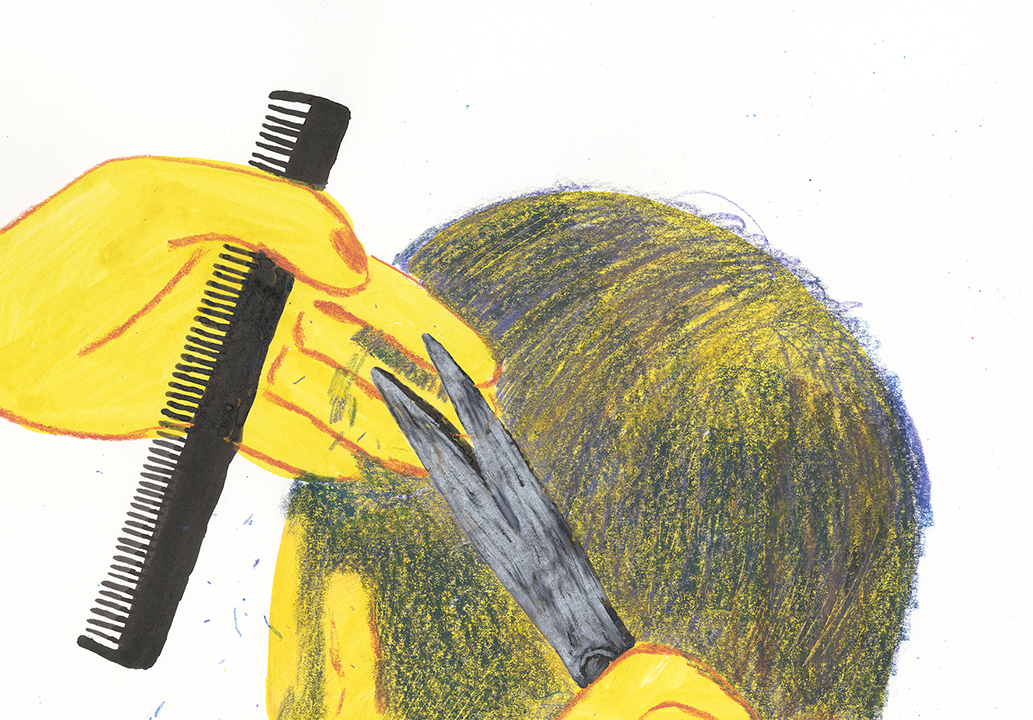 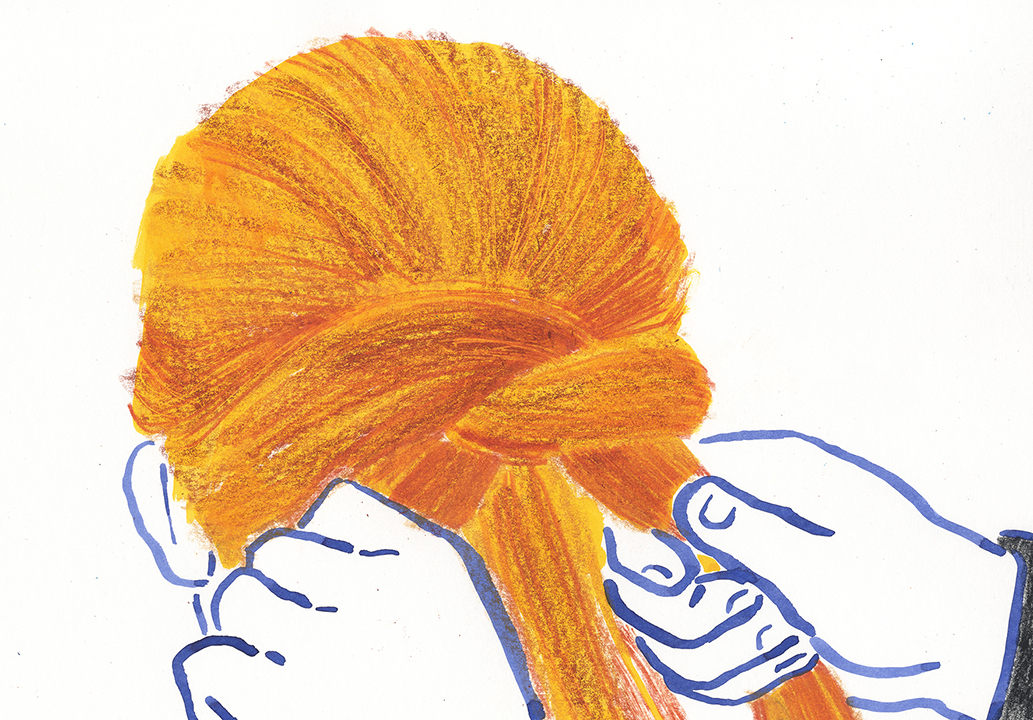 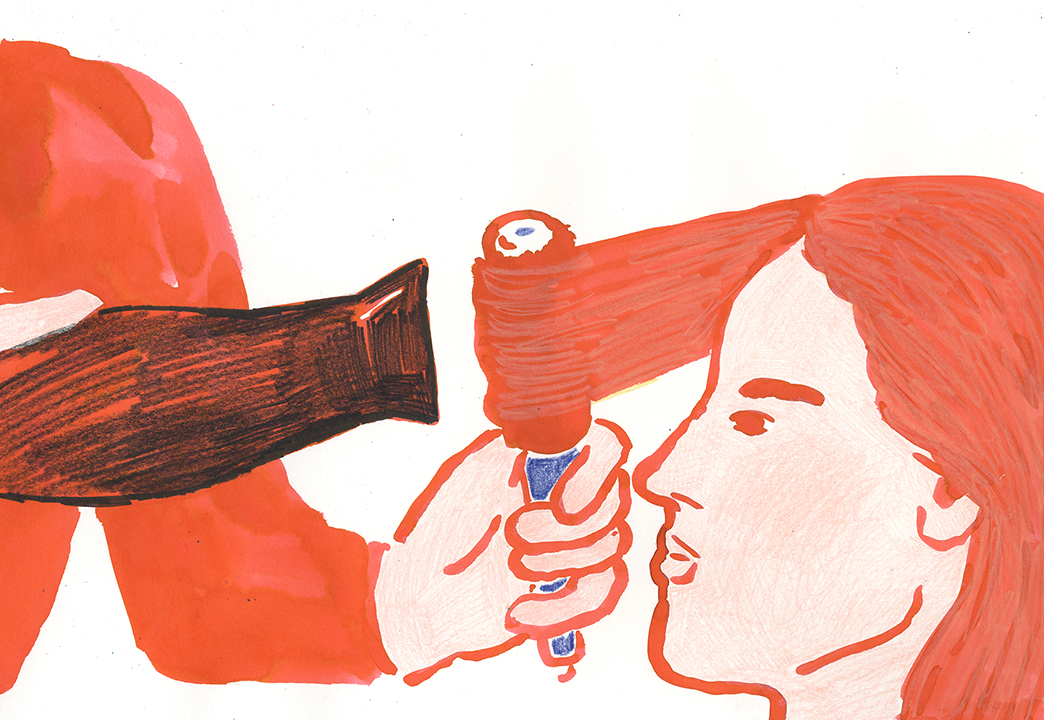 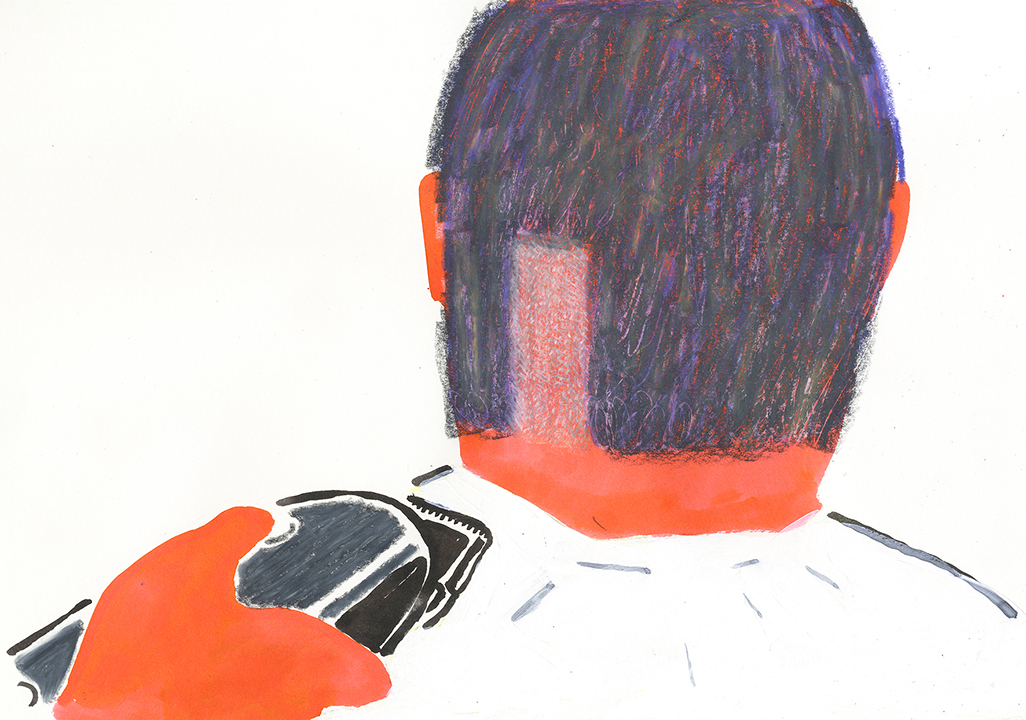 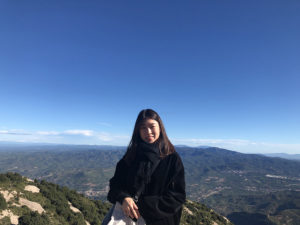 Hello. My name is Jiye Kim and I’m an illustrator based in Seoul. I’m interested in playing with multiple styles using both digital and traditional techniques, my work aims to embrace a diverse range of subjects with no limits in terms of mediums. Nonetheless, creating hand-drawn illustrations has always been an integral part of my practice. Daily doodles and observational drawings have been utilised as a way of gathering motifs when it comes to working on personal projects. I’m particularly obsessed with telling stories through sequential images which focus chiefly on the positive aspects of humanity. Anything around me can be a source of inspiration, from overheard conversations in a cafe to social media content.

It’s weird because I still find it quite difficult to describe what it’s like to live here though I was born and raised in Seoul. It’s a very large and densely populated city. I like walking around the modern, bustling areas where I can come across a variety of people and observing the natural surroundings. There are loads of historical locations to visit and a lot of festive activities to entertain within the city. I take notes on everything that sparks my imagination wherever I go. In my everyday life, I spend most of the time at my studio or nearby coffee shops.

Anything around me can be a source of inspiration, from overheard conversations in a cafe to social media content.

It’s really convenient to live in Seoul. The public transport is great, it’s easy to get anywhere using buses, taxis, and subways that run all day, the fares are relatively cheaper than other cities. The streets are safe and there are trendy districts where people can enjoy the nightlife. Also, anyone can have free access to high-speed wifi in public places. Above all the things, there are so many delicious foods to eat!

It’s a fast-changing city and people tend to be hasty which can be quite stressful for someone who prefers a more relaxed life. Recently we are struggling with solving problems related to environmental pollution, mental disease, and a huge gap between the old and young generation. It’s a shame that gender bias still exists in some workplaces in Korea, but fortunately, more and more people are realising the value of equalism.

Since I was a kid I’ve admired people who have artistic talents like musicians, performers, or writers. I loved drawing and it was the only thing I never got tired of. My parents had already known about my passion for art and storytelling even before I realised it. With their encouragement, I decided to study abroad and specialised in Illustration & Animation at Kingston School of Art. During the time I was in London, I met amazing people, learned new cultures, and explored a wide range of visual languages. It was the perfect place for me to take the first step in the art industry.

During the time I was in London, I met amazing people, learned new cultures, and explored a wide range of visual languages. It was the perfect place for me to take the first step in the art industry.

Everyone including my friends and family has been so supportive. I ask them for advice whenever I’m stuck on a project or when things go wrong. Their sincere feedback has been the most helpful to me in developing my work, and also in shaping my career as a freelance illustrator.

To be more prolific and to stay versatile. One of my goals is to continue making narrative-based artworks with an evolving style as a visual storyteller. Not only illustration but I also would like to branch out into other disciplines like animation, film, and fashion.

To be more prolific and to stay versatile.

Dancers. I hope I could have a chance to get a closer look at the dynamic movements of figures.

To be honest, it’s hard to think of anyone. I was vaguely aware of the issues around gender imbalance but didn’t pay much attention to them. Now there are so many incredible female creatives I look up to.

Well, not really. I would say that I’m lucky to be working as a visual artist. People in my industry are generally nice, gentle and open-minded. So far I haven’t experienced any unfair treatments or disadvantages on the basis of my gender.

Don’t do what you love, but love what you do.

I recommend you to talk with people as many as possible regardless of nationality, race, gender or age. In this way, you’ll be able to break your stereotypes and come up with something unexpected. There is no right or wrong, so have guts to speak up for what you believe. Sometimes you may find it difficult to cope with the ups and downs of doing freelance work, but there is always a learning curve in life. Don’t do what you love, but love what you do.