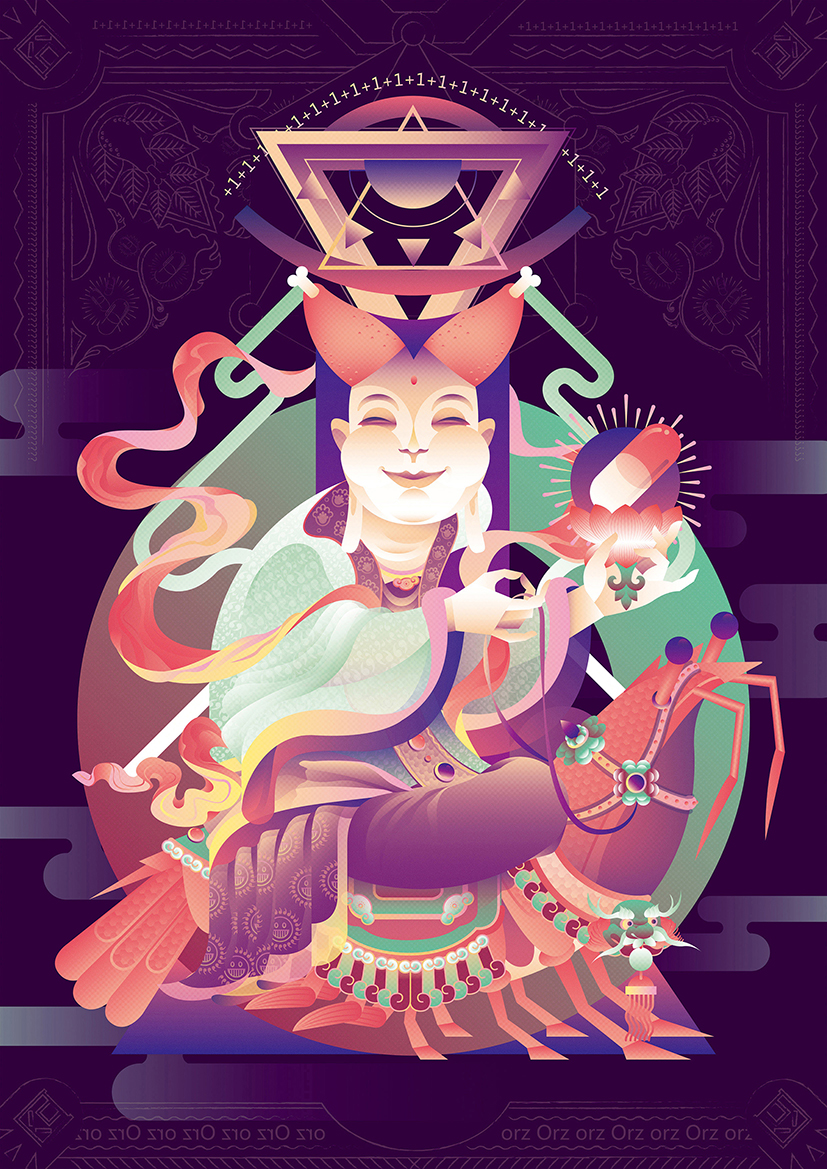 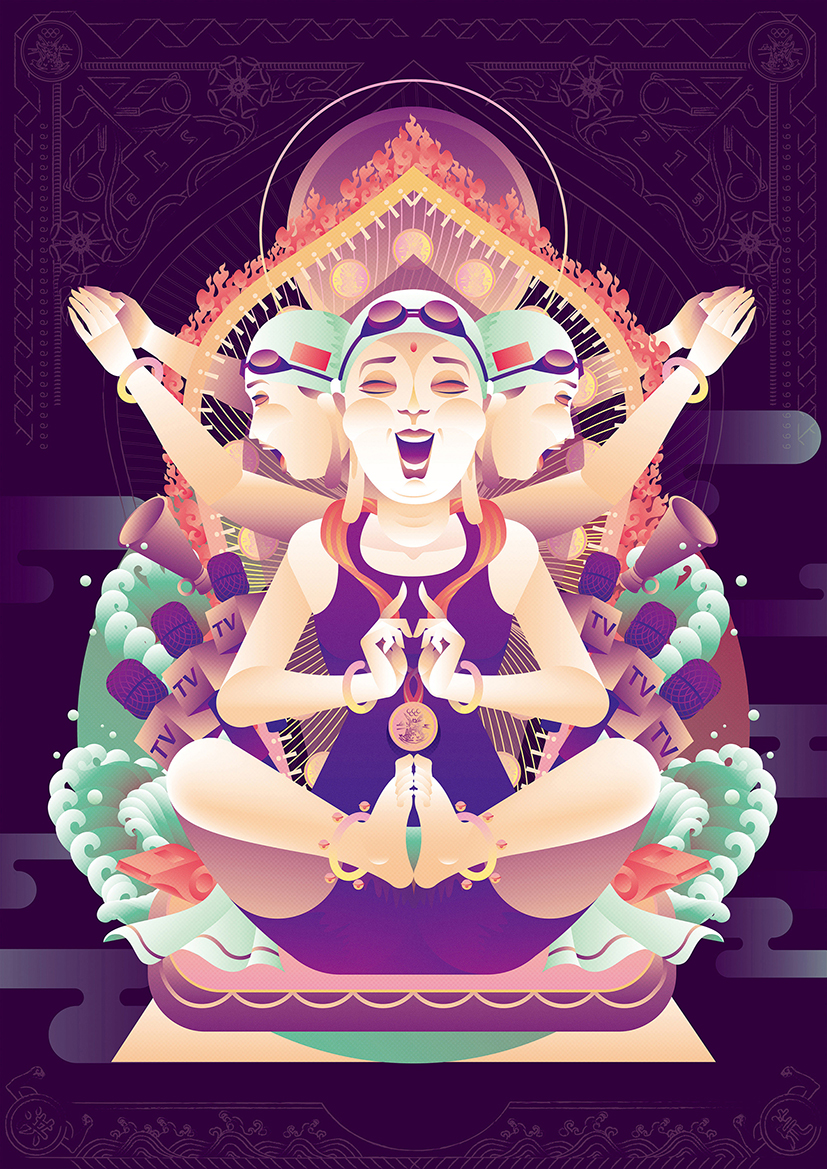 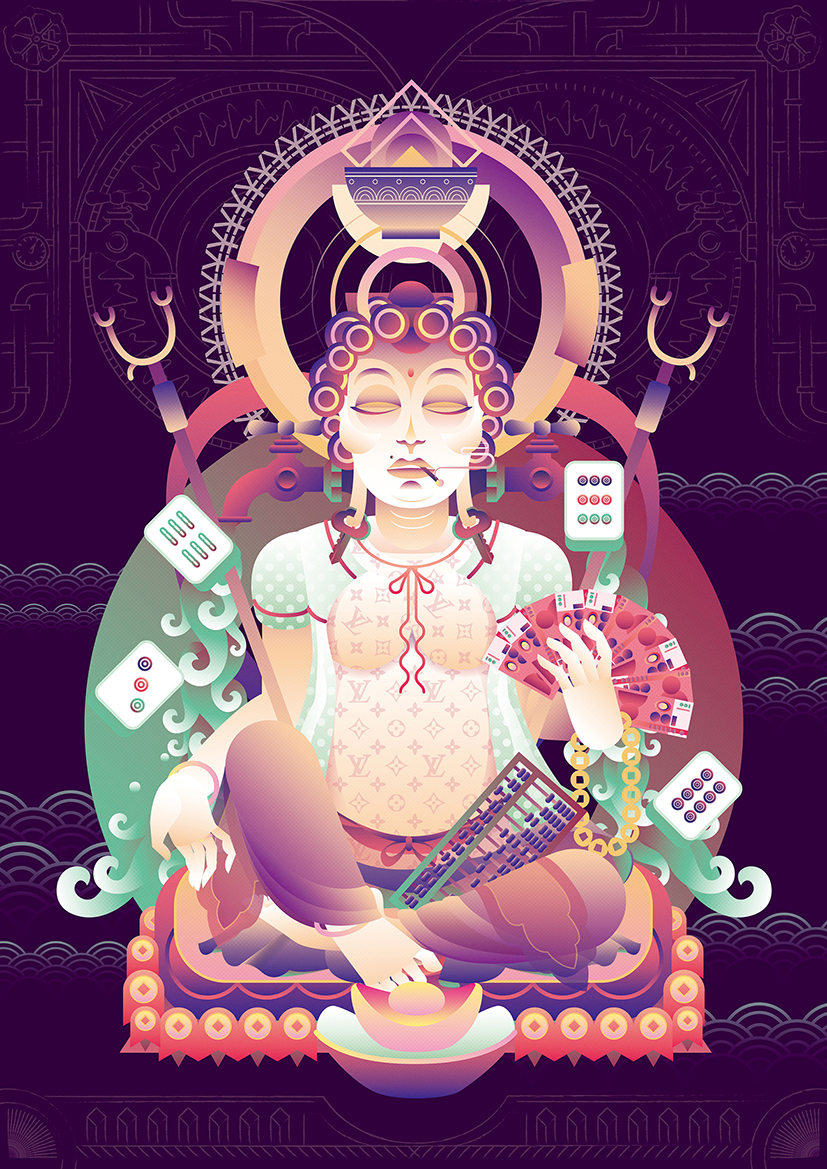 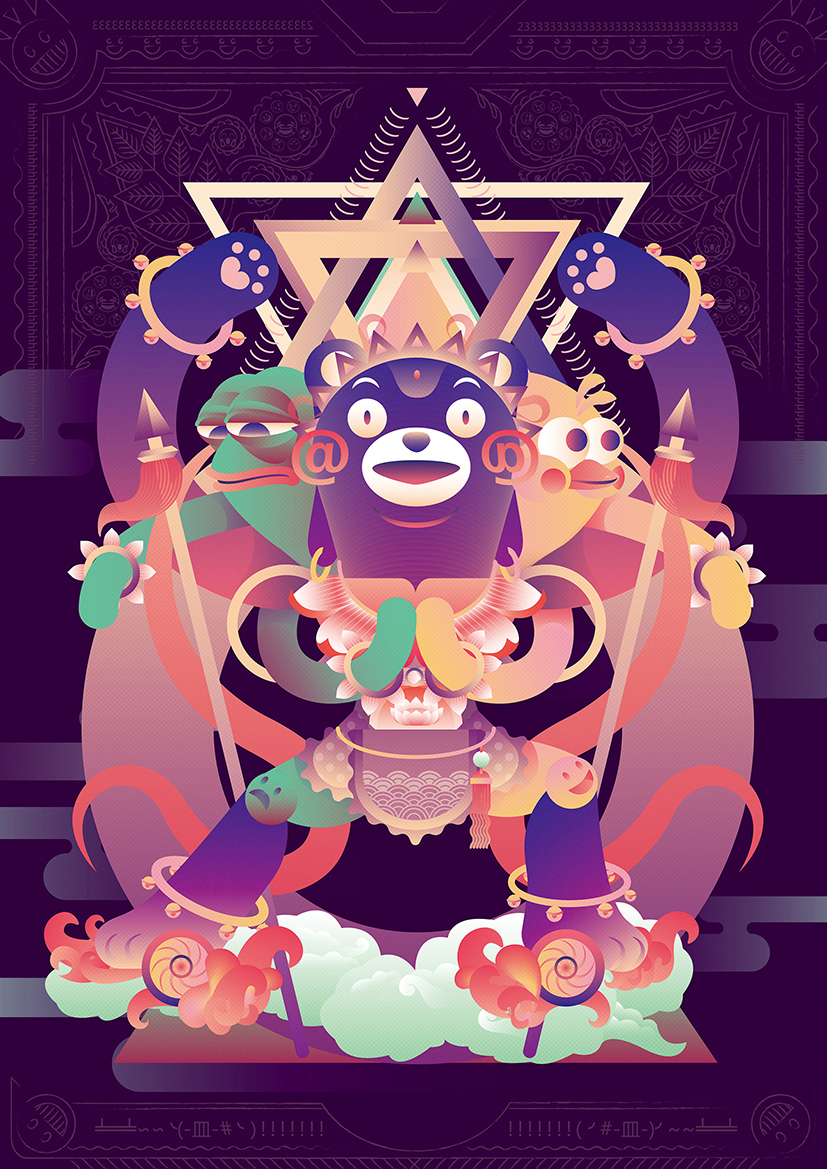 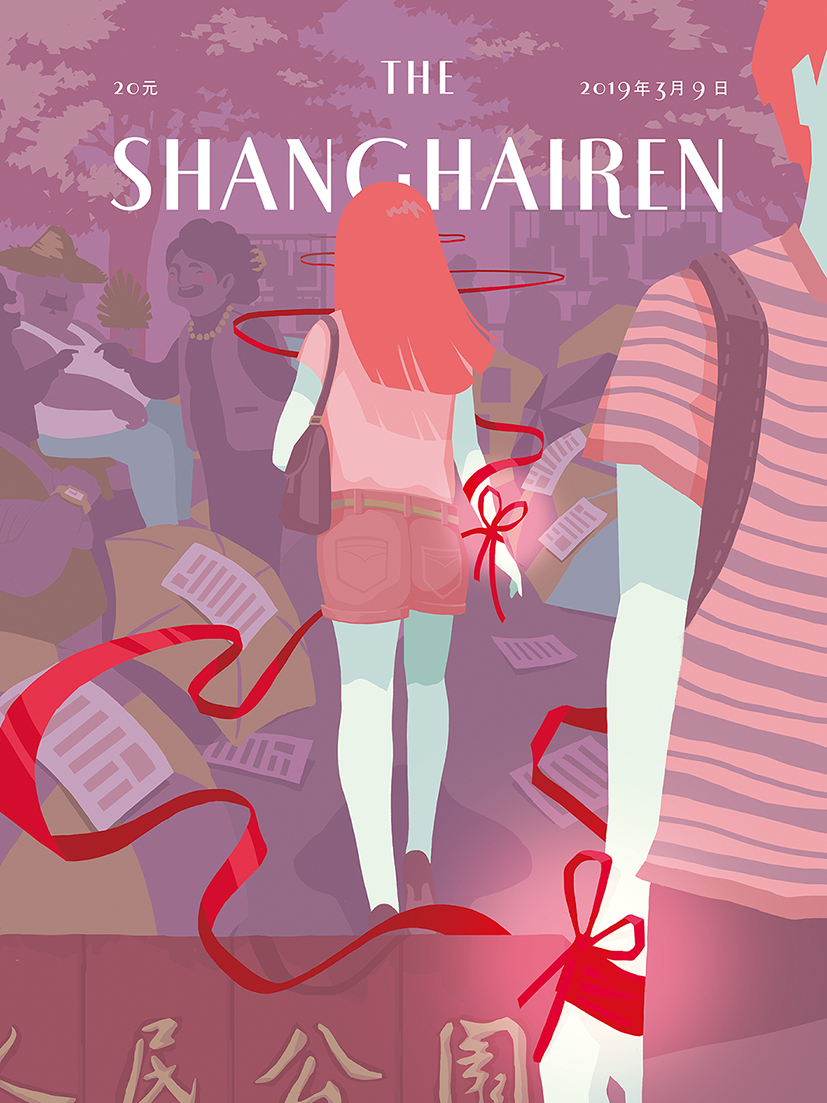 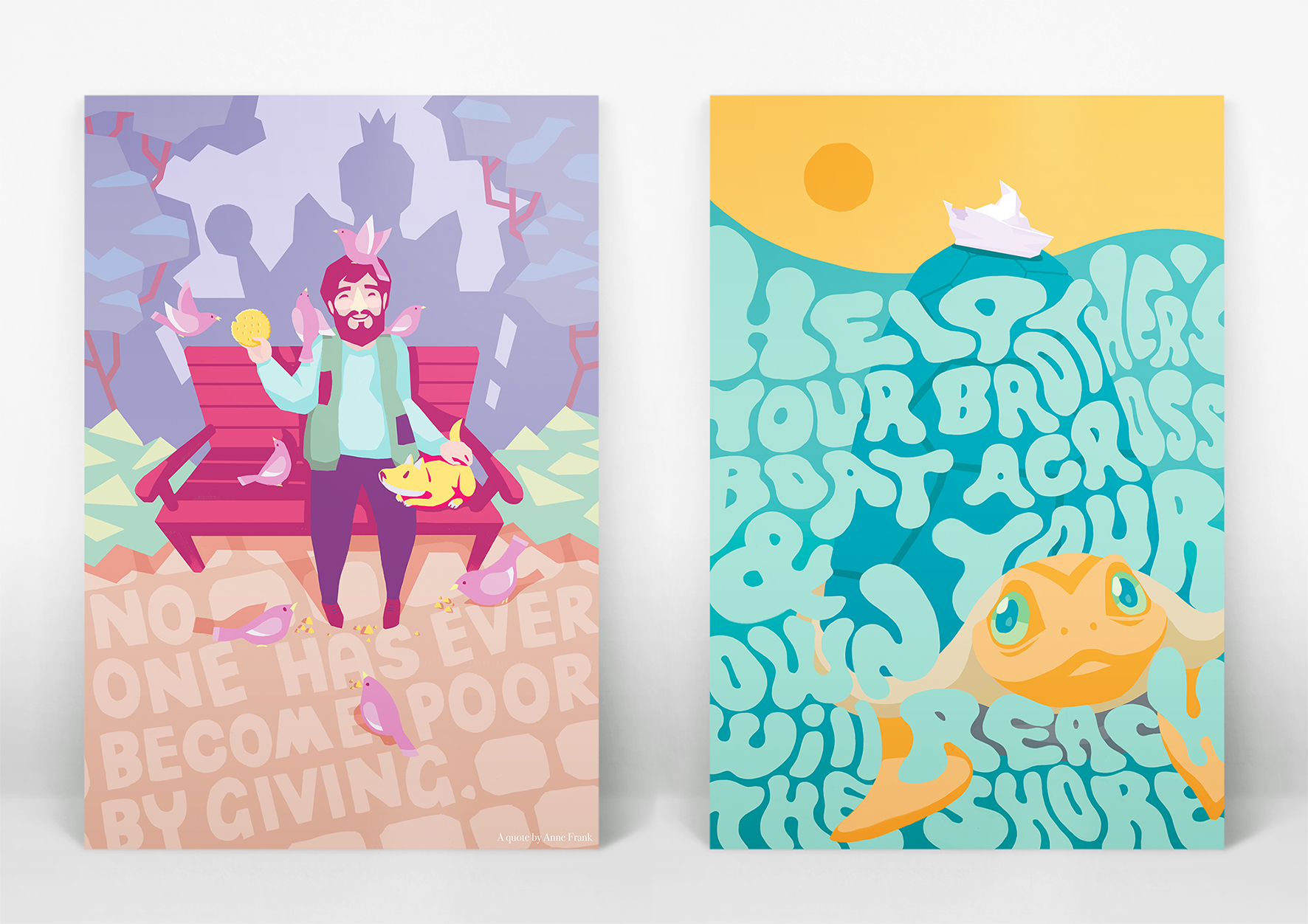 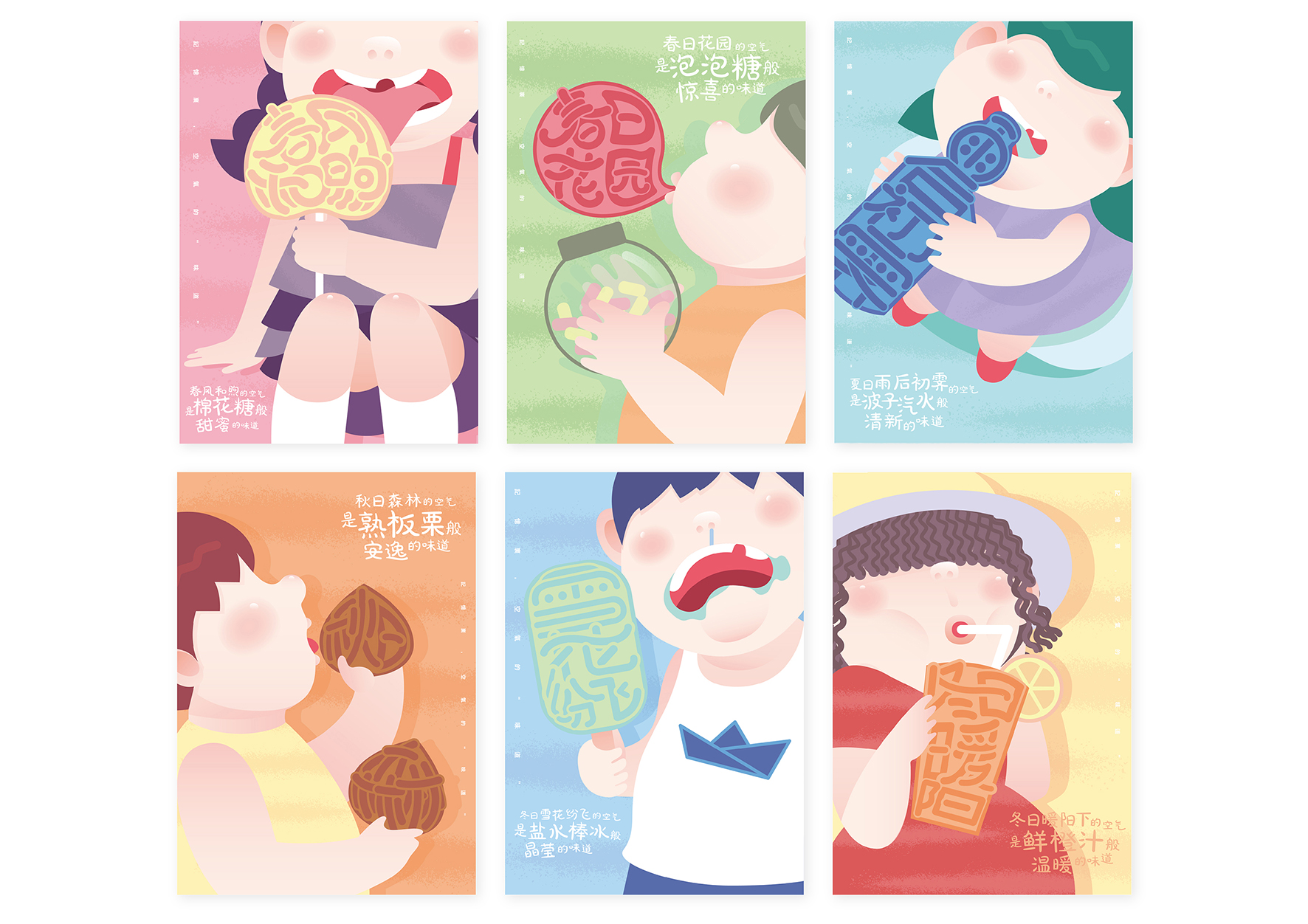 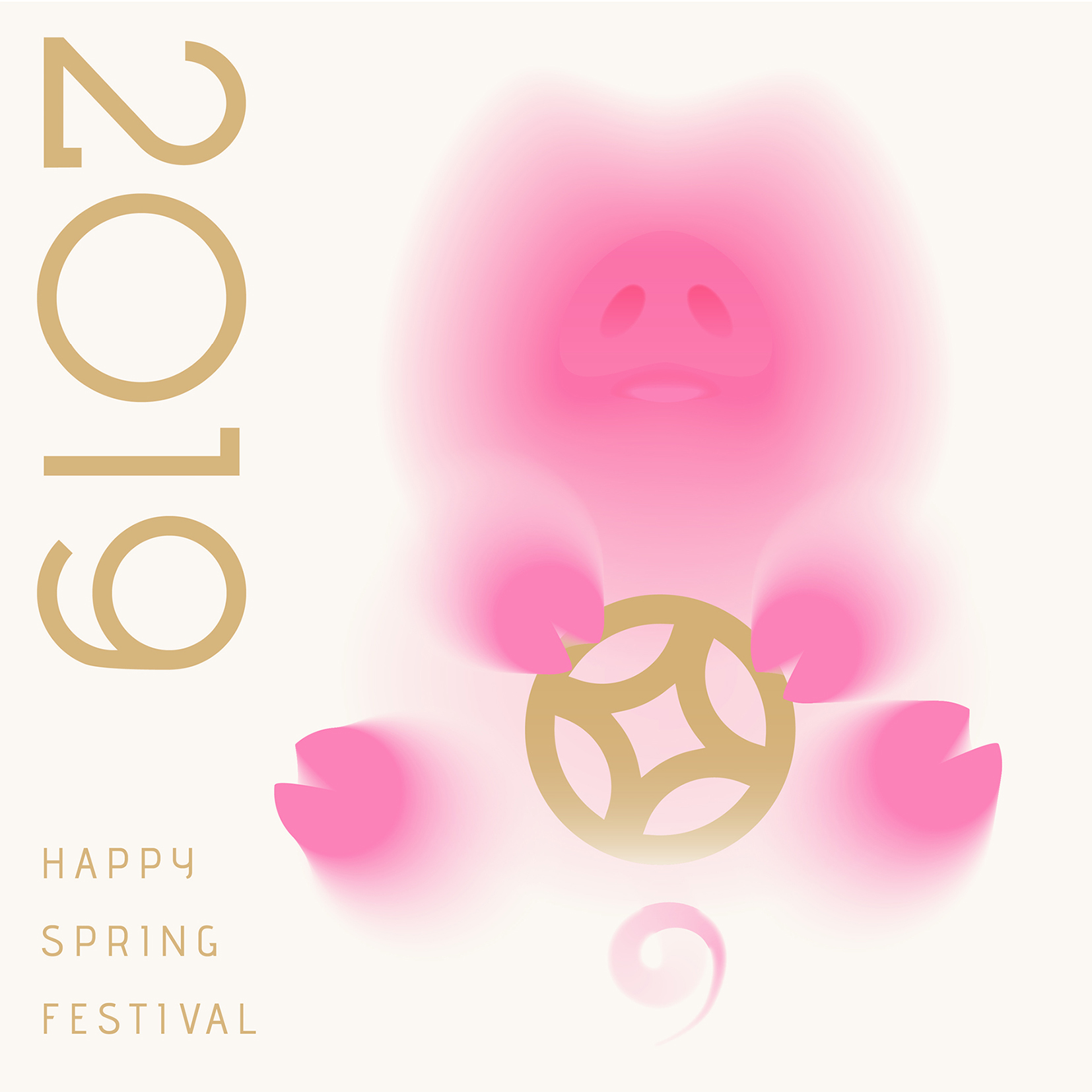 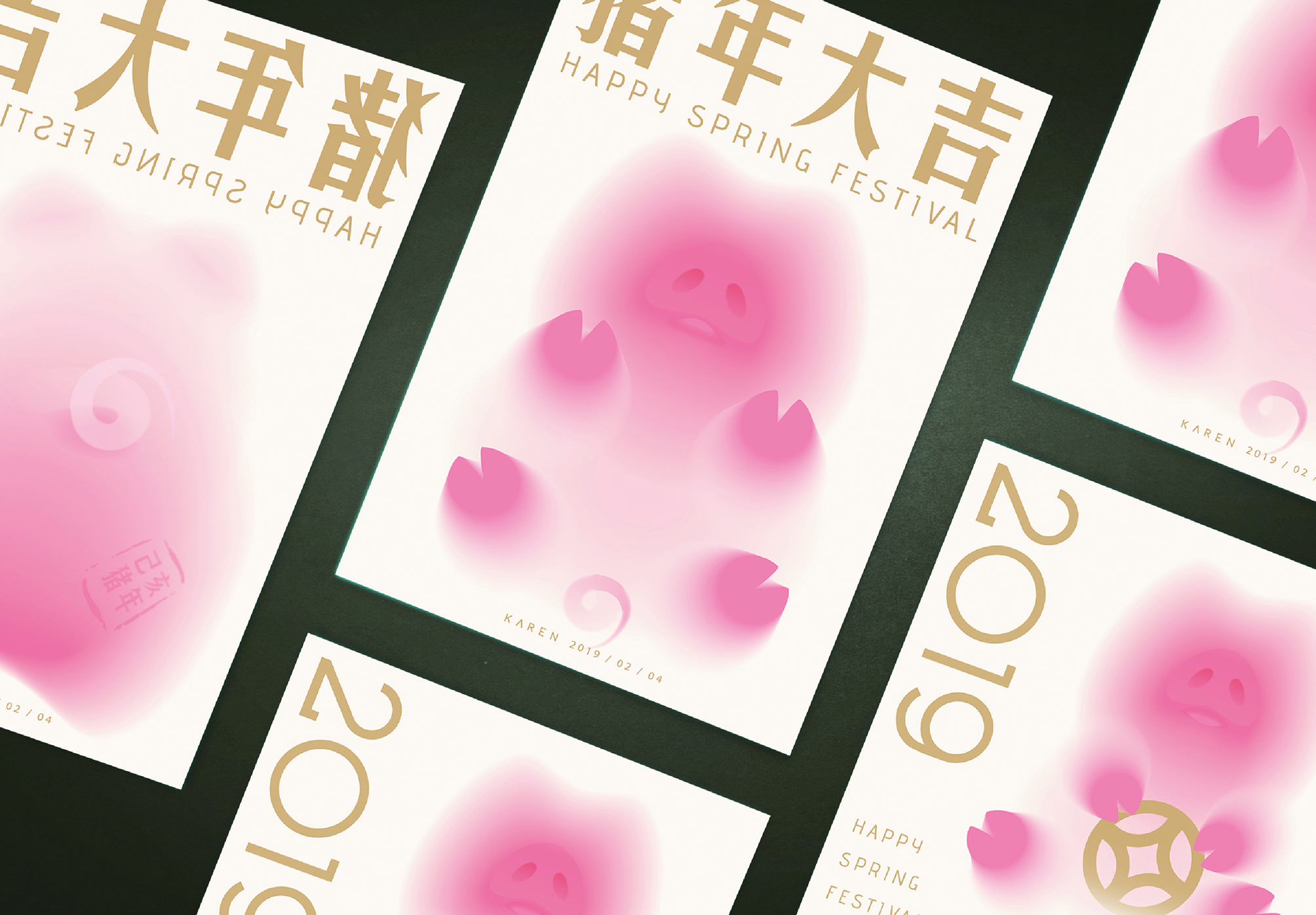 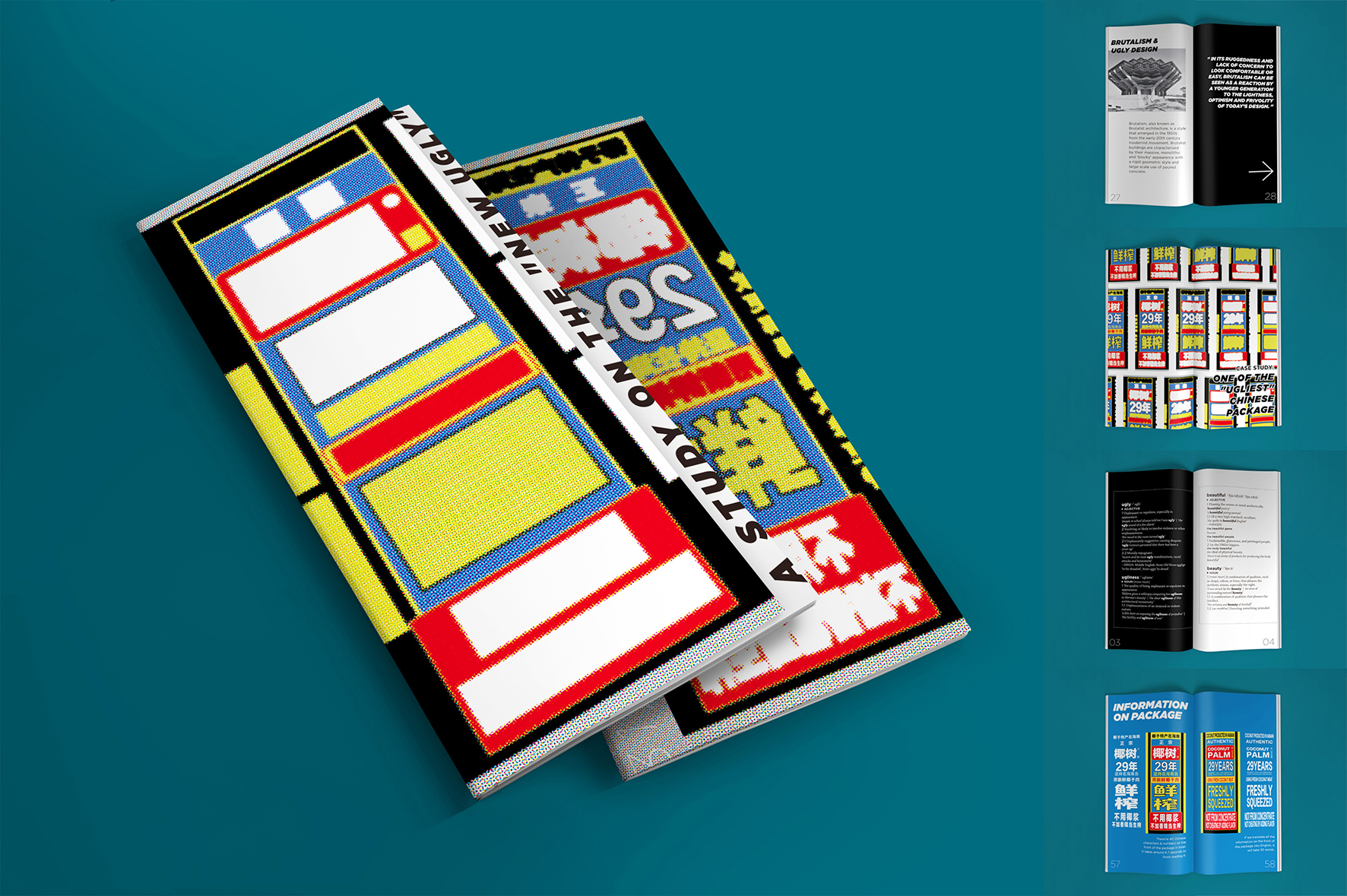 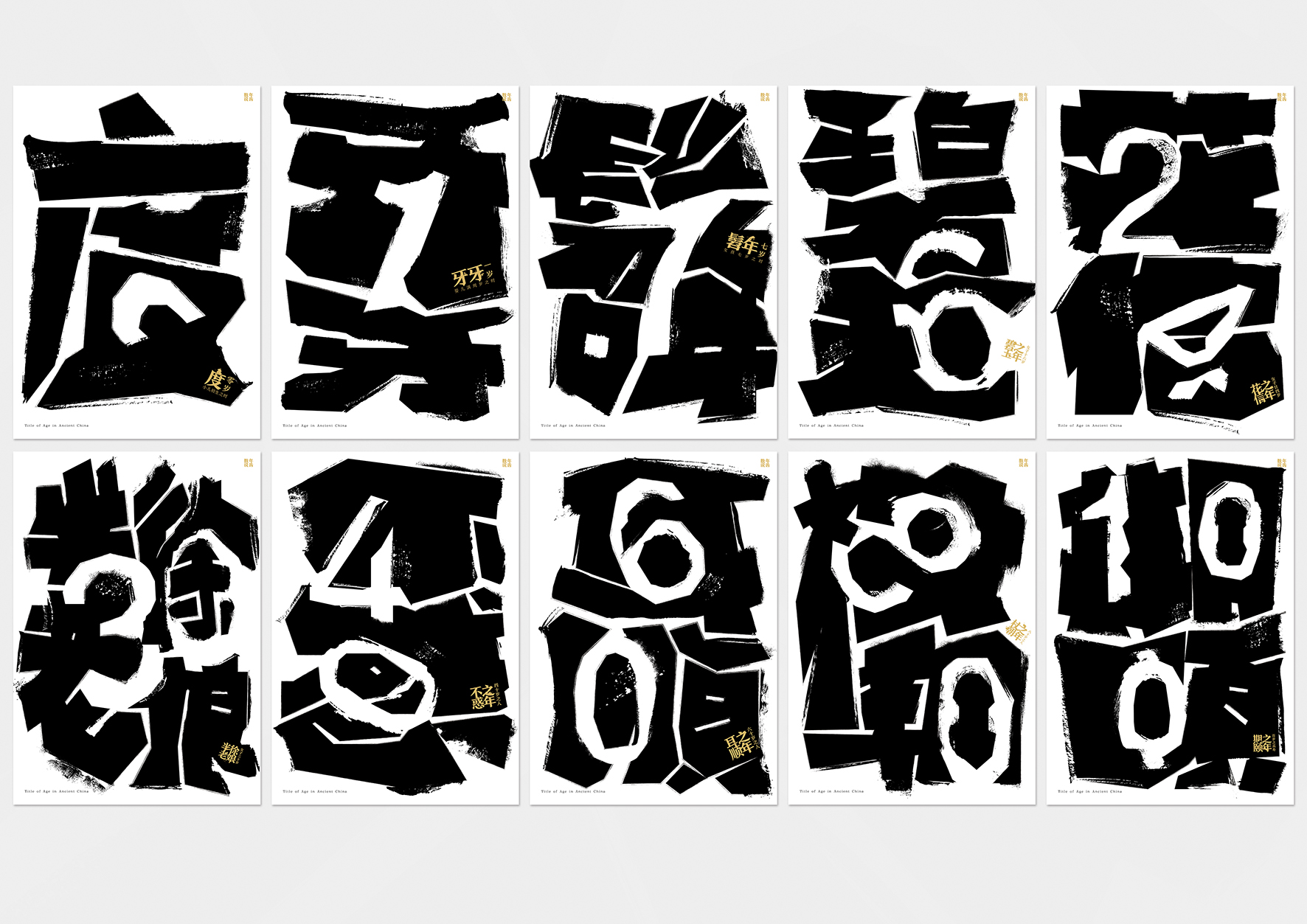 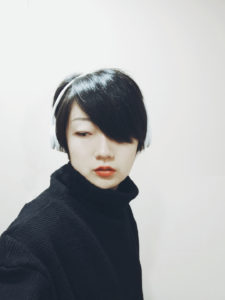 I’m an illustrator and graphic designer from China. I was born in Hangzhou. Currently, I’m still learning for my master degree and will be graduate in 2020. I do a variety kinds of works and I’m an explorer of new styles.

I have stayed in Shanghai for more than 5 years, studying. Now I usually travel between Hangzhou and Shanghai frequently.

Shanghai is one of the best places for creatives. There are numbers of exhibitions and events all year long. I used to study in New York and Rotterdam for short periods. If I say Shanghai is similar to New York, then Hangzhou could be more similar to Rotterdam. The life in Hangzhou is slower than Shanghai, but you can still sense that it might develop into a second Shanghai for creatives.

Shanghai is one of the best places for creatives.

The best thing about living in Hangzhou should be its natural environment, and for Shanghai, it would be its diversity of local and foreign culture.

The worst thing for both cities is the annoying weather in the rainy season.

I started to learn the basic skills of painting at the age of 8. Art is like something deeply carved in my life, so I chose to learn in an art academy without hesitation when I grew up. I’m now doing my internship as an illustrator and doing graphic design works for my school. Maybe when I graduate and fully get involved in my career, I’ll keep both roles.

Art is like something deeply carved in my life, so I chose to learn in an art academy without hesitation when I grew up.

Yes, I’m a lucky one. During the time before I entered college, many parents still regarded art colleges as choices for students with low scores. My parents and teachers supported me to learn what I like, even though my score is good enough for entering other colleges.

To keep being professional, stay interesting, stick with my own styles, and never compromise with the world.

To keep being professional, stay interesting, stick with my own styles, and never compromise with the world.

This is hard to say, there could be a list of them. I’ve been interested in collaborating with people from other industries. Collaborating with other artists and creatives can also be cool. But for now, as a doer, I’d prefer to improve myself first before I think about who they should be.

There’s many. From some talented local cartoonists from the comic magazines I read in middle school, to some award-winning female illustrators I learned during my studies. I also look up to some brilliant senior students in my school.

In my industry, the quality of one’s works is the strongest reason that decides how one works in this industry. The challenge female meet is mostly the same as other industries—- it is extremely hard to put full heart into both career and family.

As a creative, the role of a “woman” should not be a label for others to underestimate you, nor should it be an excuse for you to slack.

Be brave and listen to your own heart. You don’t have to compromise to do what others tell you to do. As a creative, the role of a “woman” should not be a label for others to underestimate you, nor should it be an excuse for you to slack. All you need to do is prove yourself and make your voice by your real acts and perfect works.