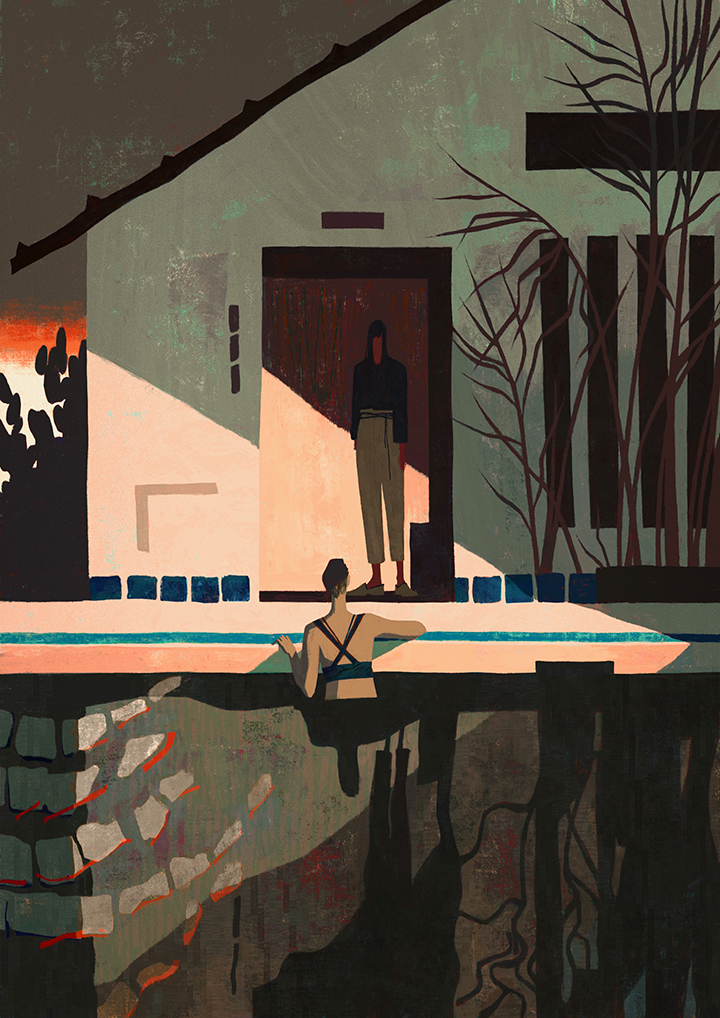 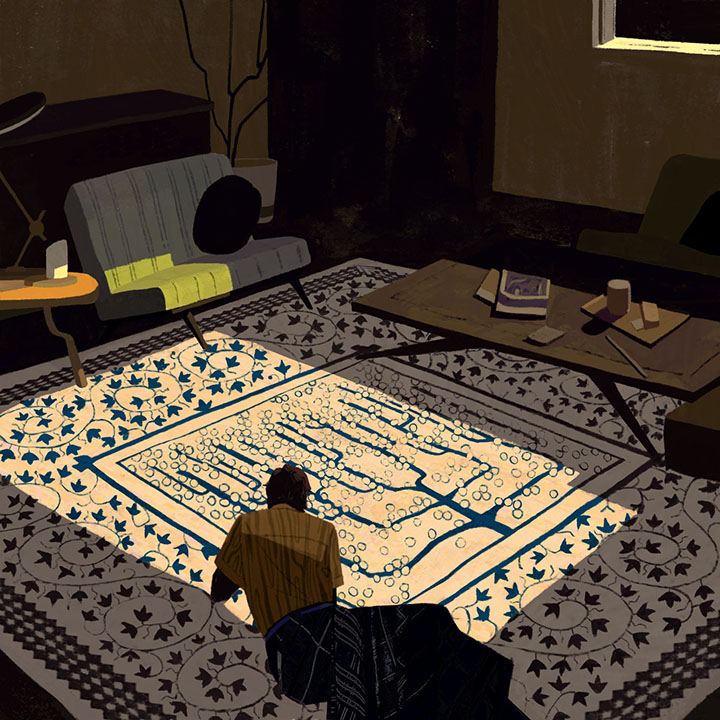 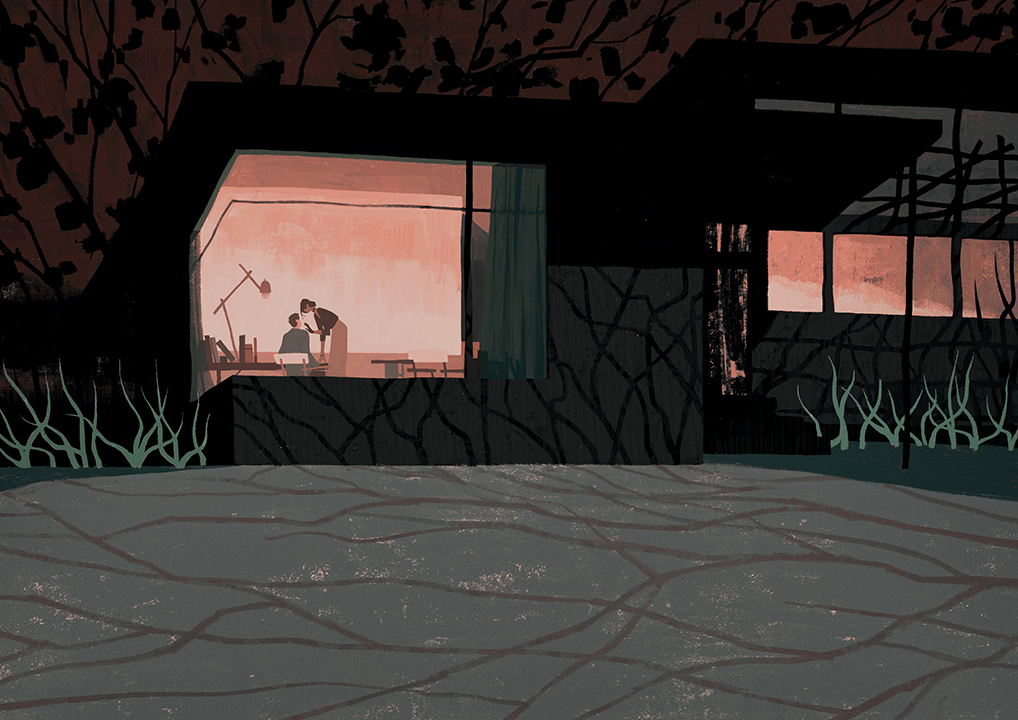 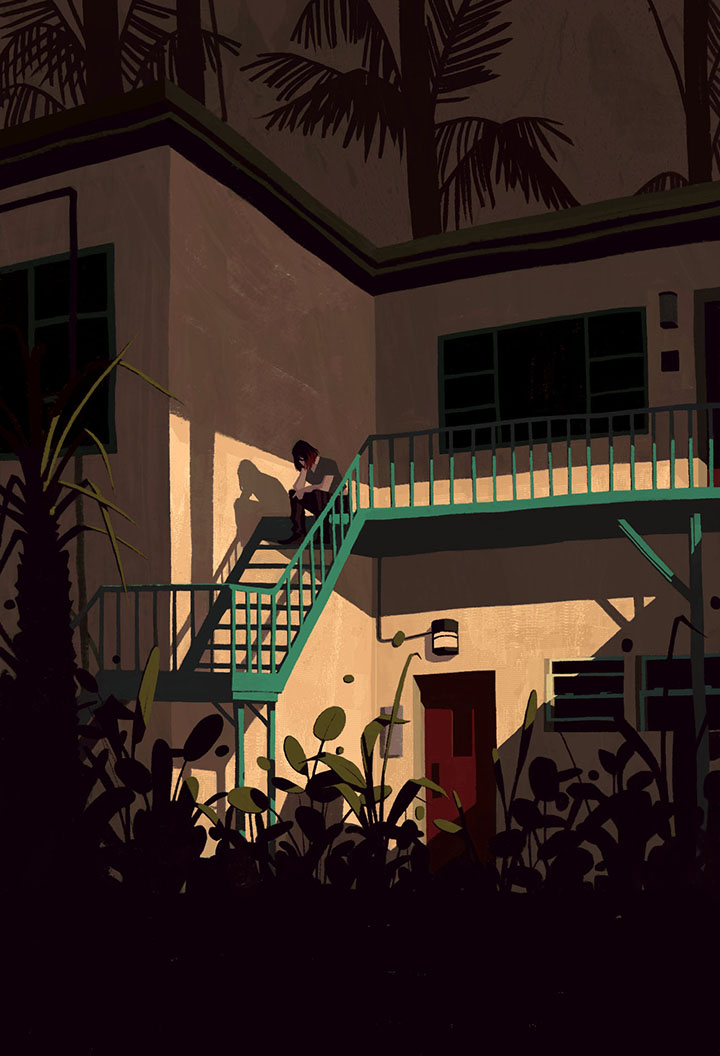 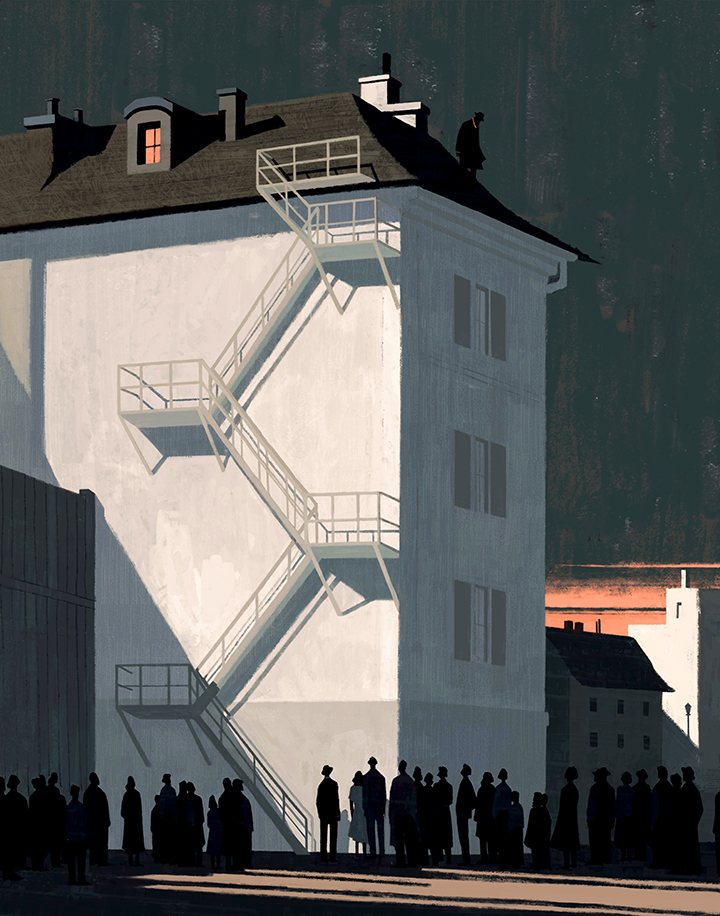 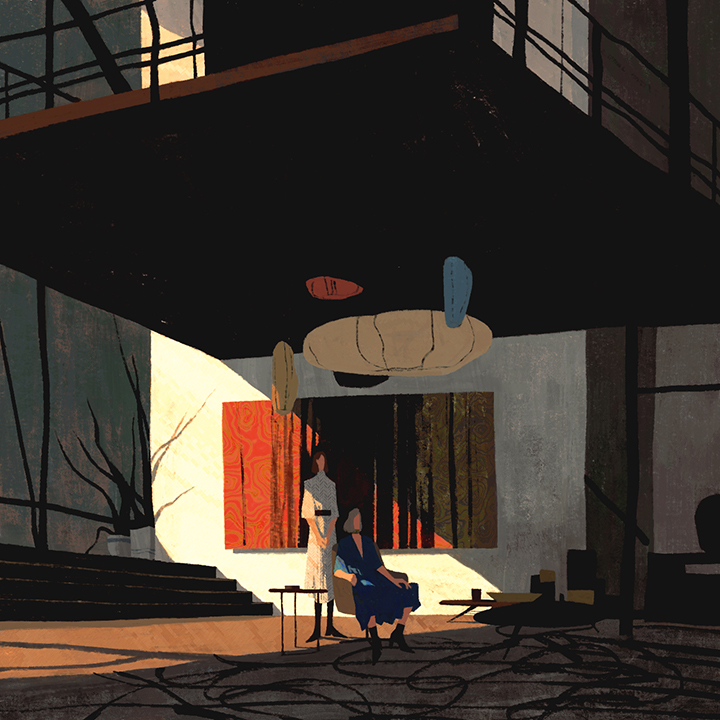 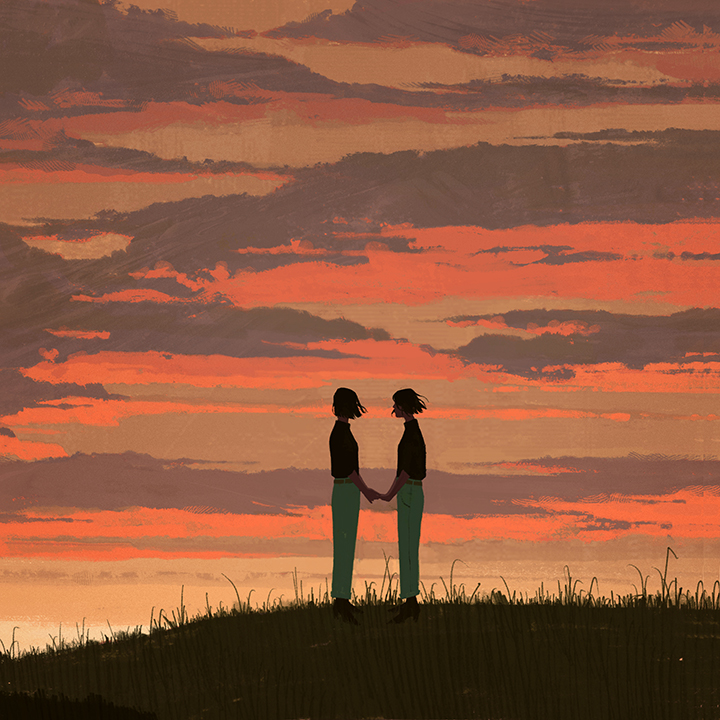 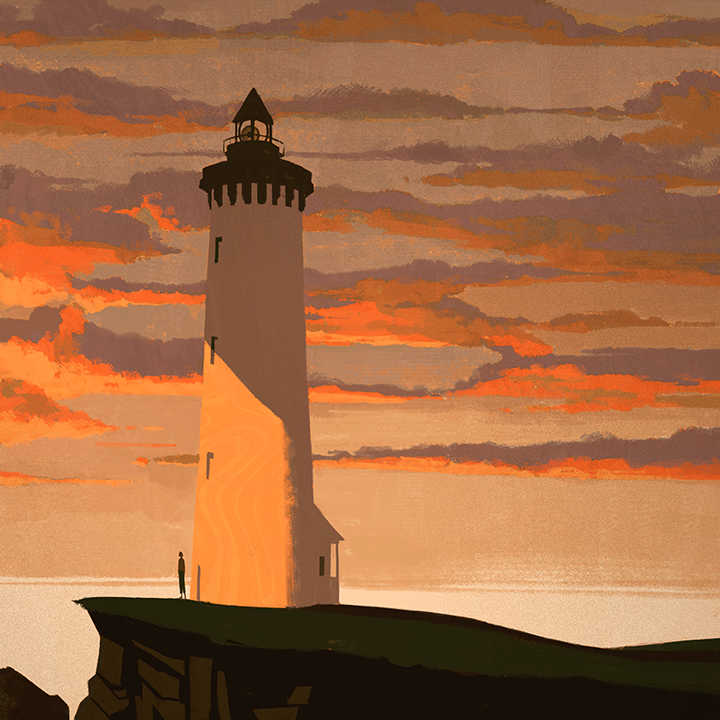 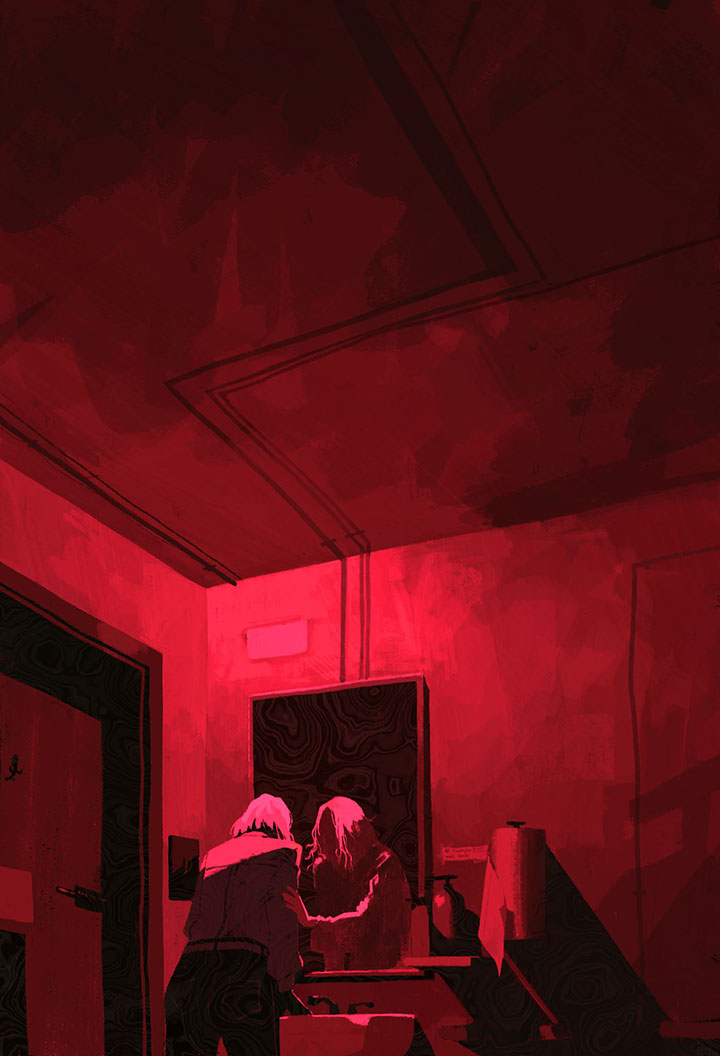 I am an Asian American illustrator currently based in Queens, NY. I was born in Maryland to Hong Kong immigrants and was raised there until I went to Florida to attend Ringling College of Art and Design for Illustration. After graduation, I moved to NYC to begin working as a freelance illustrator and have been here since 2017.

I currently live in NYC and have been here for about 2.5 years. I really love New York because of how bustling and chaotic it is. The city is incredibly diverse, not only in cultures and ethnicities but also in interests, scenes, subcultures, etc. There is always something going on, which makes this city so fun and interesting to live in. When I first moved here, I was a little overwhelmed at how fast-paced and intense the city was as compared to Sarasota, Florida, where everything moves slowly and leisurely. It took a while to adjust, especially since I knew virtually nobody. In the end, I found the chaos of the city very freeing- nobody really ever stops to judge you because there is always someone weirder than you. I think that really helped me let go of any hesitations or worries that I had about myself and my art. Every time I leave the city, I end up missing it.

I really love New York because of how bustling and chaotic it is.

The best thing about living in NYC is the proximity and exposure to all the cool events and people that happen and live here. Most big events, concerts, tours, shows, conventions, etc. all happen in New York. My favorite musicians almost always tour here, most illustration and art events happen here. Small, independent artists, studios, and festivals usually happen in NYC. Everything is literally just a subway ride away.

The worst thing about this place is the amount of people. Especially on the subway during rush hour during the summer. The stench of the subway in the summer plus people’s sweat? God.

After graduating from art school, I decided to work as a freelancer and pursue editorial illustration. During the spring break of my senior year of college, a couple friends and I went to NYC and met up with some illustrators and art directors to try to learn about how to contact and reach out for jobs. After graduation, I moved to NYC and cold-emailed about 200 art directors, eventually hearing back from the NYTimes! I started off working with a lot of small independent magazines and making lots of personal work, and then slowly, art directors from bigger magazines and publications began to take a chance on me! I am forever grateful to them for trusting me and giving me those opportunities.

I am forever grateful to them for trusting me and giving me those opportunities.

Not really, or not as much as I would have hoped. My parents were always iffy about my decision to pursue art because they believed the industry was extremely hard to break into and that I wouldn’t be able to make enough money to support myself. They constantly told me to make back-up plans or to consider other careers. The curriculum at the college I attended was very focused on making sure we were a good fit for full-time jobs at studios and companies, not necessarily freelancing for magazines and publishers. A lot of my peers discouraged me from trying to freelance as an editorial illustrator. But it wasn’t out of malicious intent. I think they just weren’t aware of the opportunities that were available since my school rarely mentioned it as an option.

I’ve always wanted to tell stories. When I applied to Ringling, I got into their Computer Animation program with the hopes of graduating from that major with my very own film, but I dropped out after realizing animating was completely different from illustration. But still, I wanted to write and tell stories, so one of my goals is to create comics. I’ve been working on a small horror comic that I hope will ease me into more complex and longer stories! Further down the road, I would love to work for films, feature animations, games, children’s books, and possibly learn how to tattoo!

I wanted to write and tell stories, so one of my goals is to create comics.

David Fincher. He is probably one of my biggest inspirations in terms of storytelling and mood. Who else can make a movie about a website so exciting?

The women around me are so passionate and ambitious about what they do. They are so resilient to hardship and always push forward no matter how hard things get. They are also very compassionate and supportive, and would never step on others to advance towards their goals. They’ve worked and earned their place honestly. Their intense determination and empathetic understanding is what motivates me to work harder at being a better illustrator and person.

The women around me are so passionate and ambitious about what they do.

No, not locally at least. Most of my inspiration came from artists that I found online. My town wasn’t known for its art scene, and my high school was very focused on academia rather than the arts. However, my art teachers throughout all my middle and high school years were extremely supportive of my decision to pursue art, so I credit them for letting me know that art was an option available to me.

As a freelancer that works from home, I haven’t come across any specific challenges that were a direct result of my gender. I know that many other female creatives have been harassed by people in higher positions than them, and have to fight for pay that is equal to that of their male counterparts. I am grateful that I have yet to experience this, but know that it definitely isn’t easy being female in this industry.

If you have the drive, you can reach your goals, even if the road you took was unconventional.

Sometimes many people won’t support you. Sometimes nobody will support you! But if you want to do it, no matter what it is, you should go for it. Women, especially Asian women, are usually told to “do the right thing,” and that “right thing” can sometimes conflict with your own personal goals and ambitions. You know yourself best. Listen to the advice and the criticism, but you should also listen to yourself. If you have the drive, you can reach your goals, even if the road you took was unconventional.