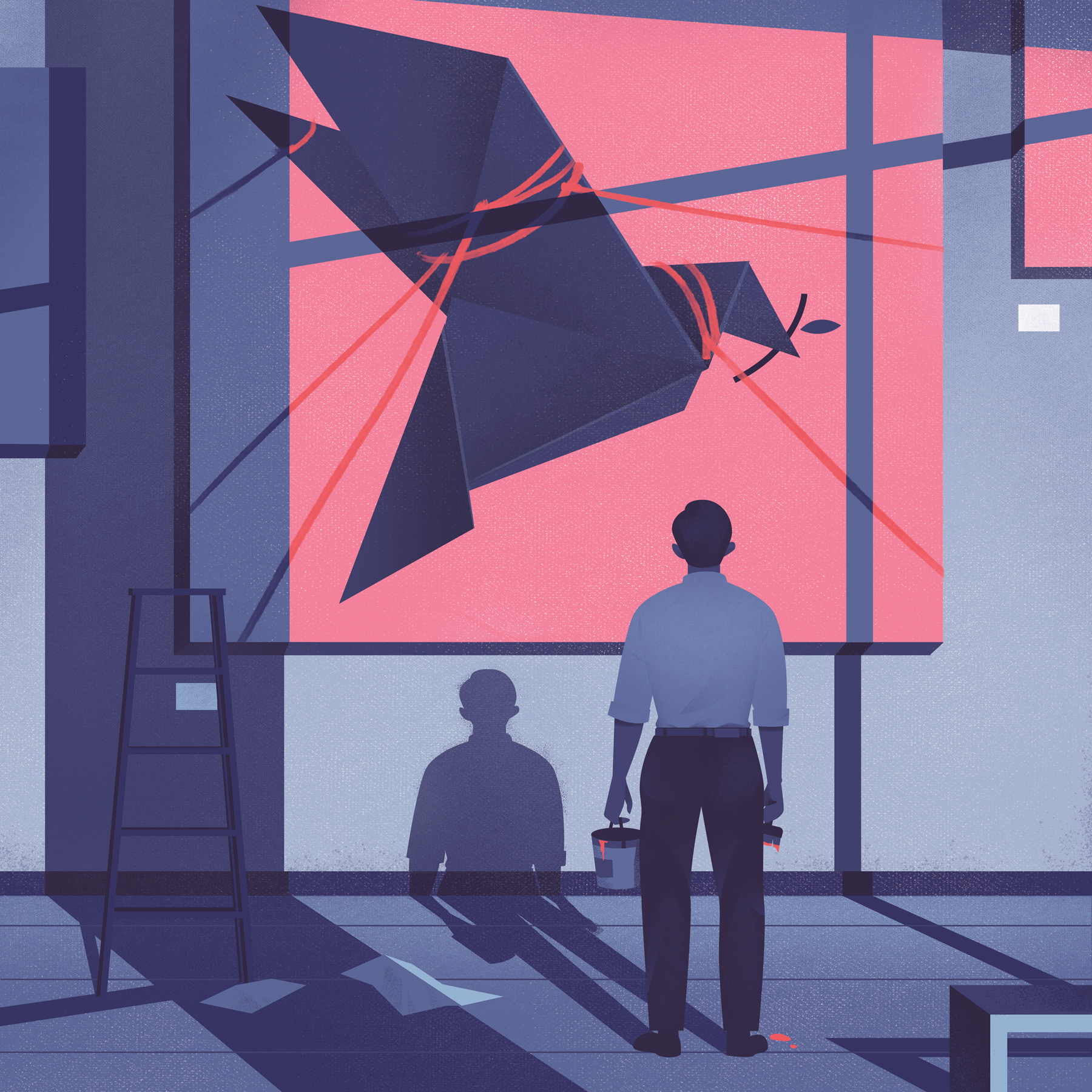 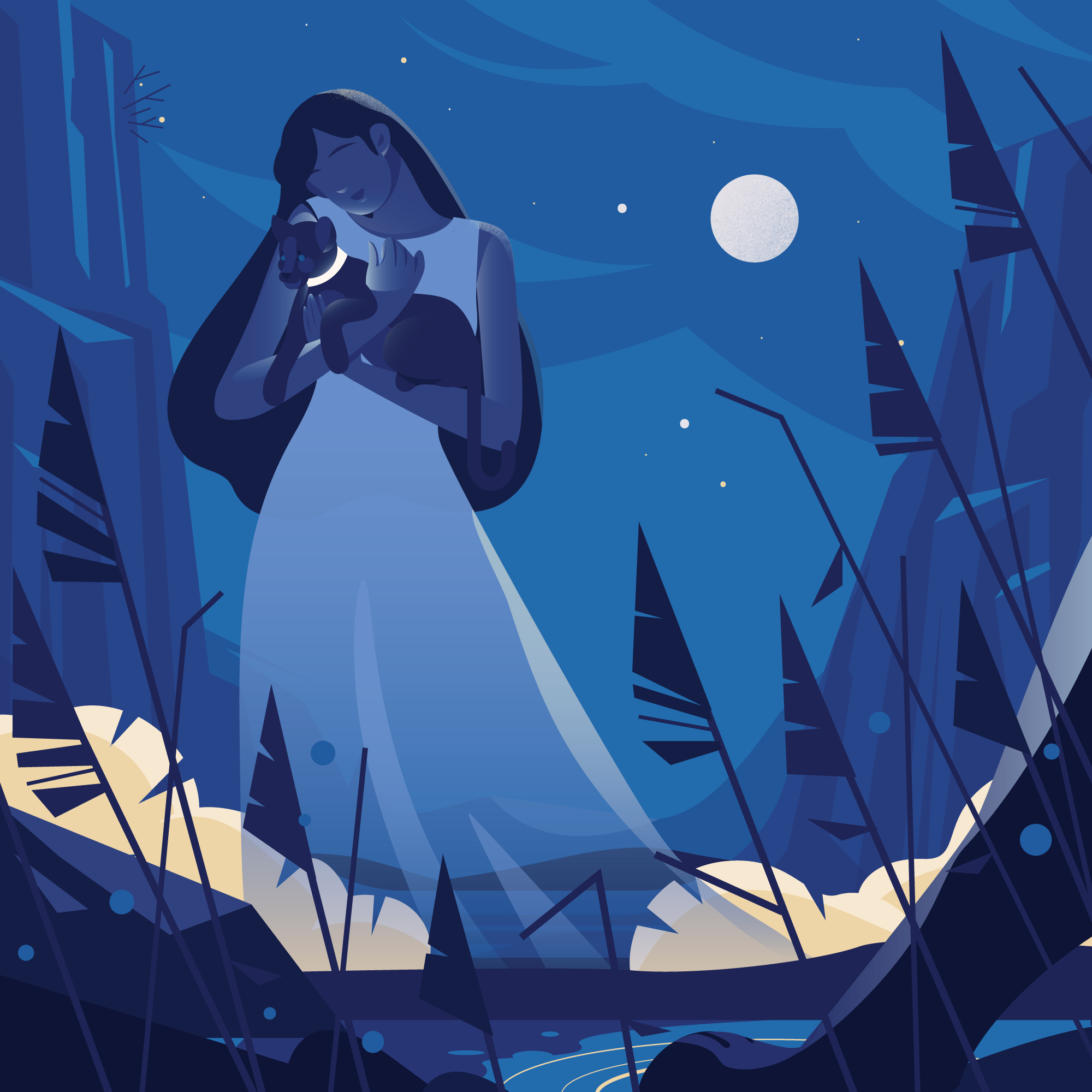 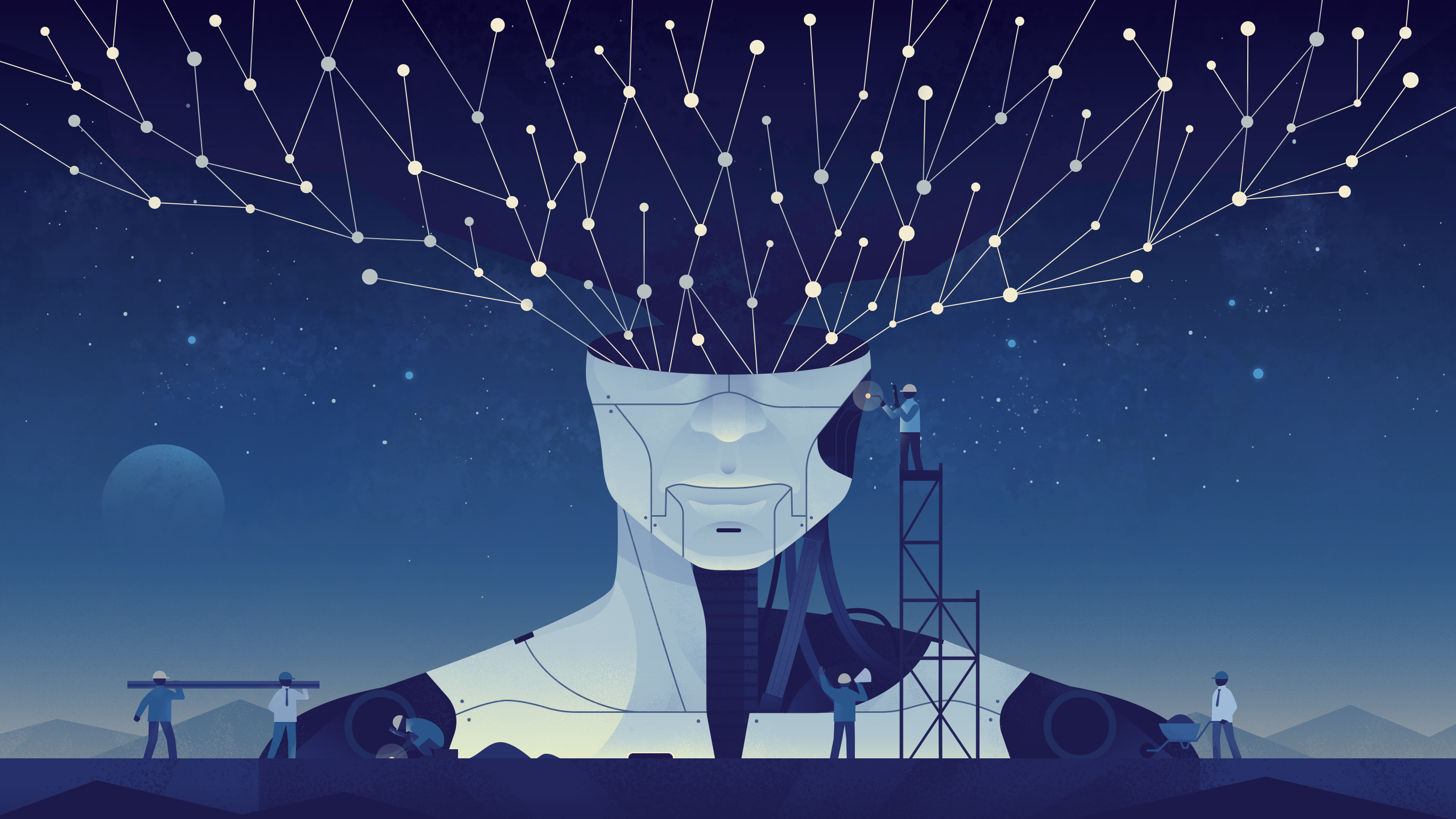 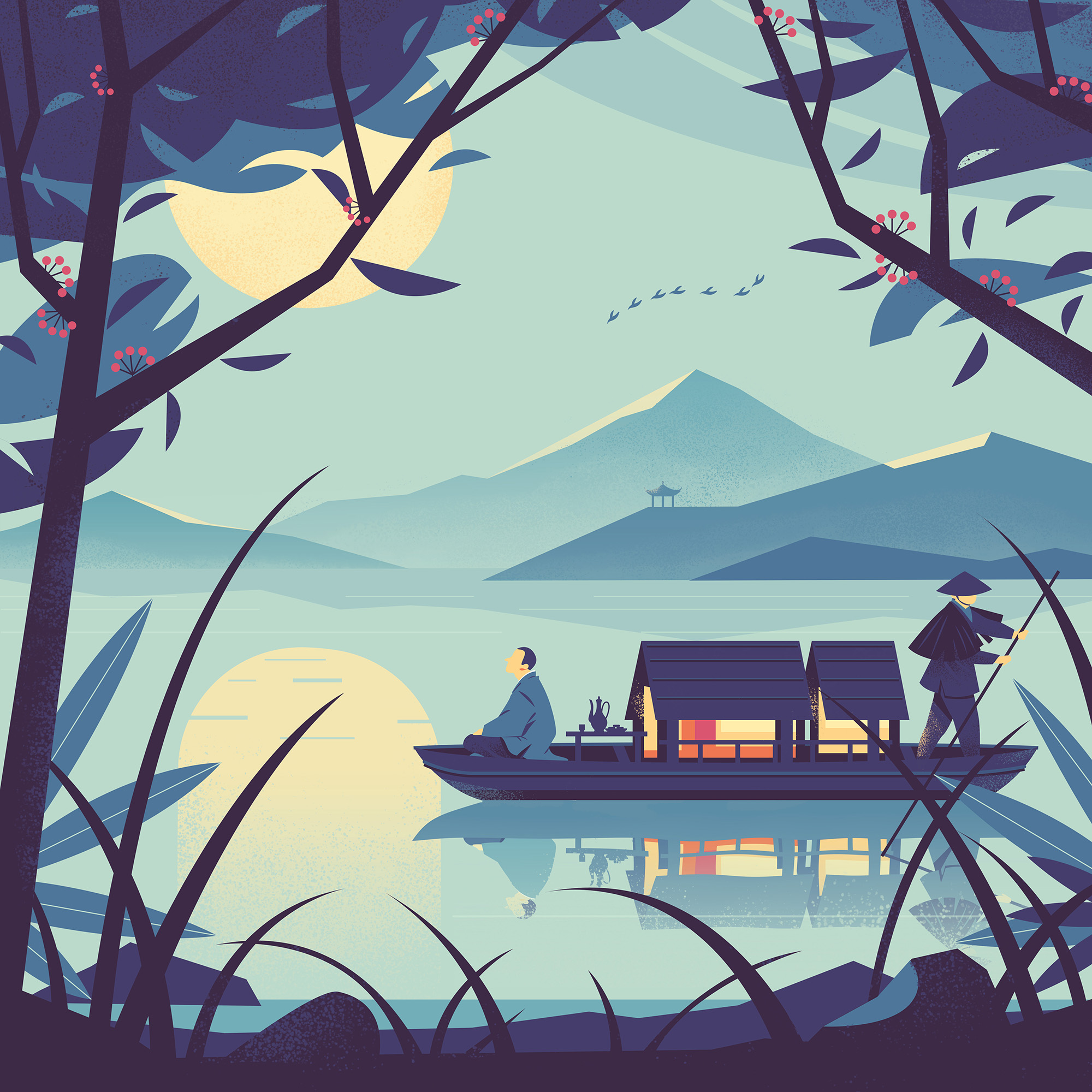 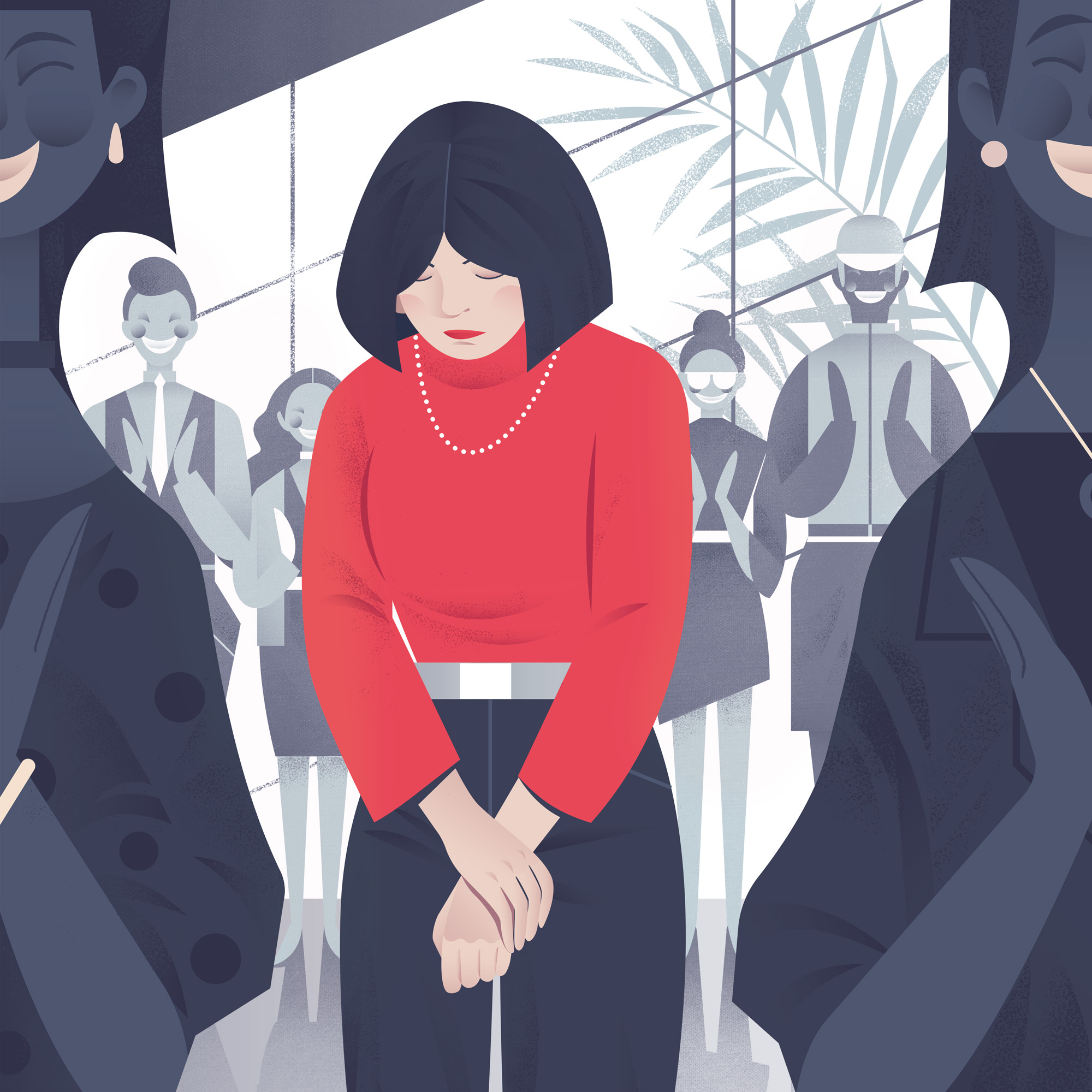 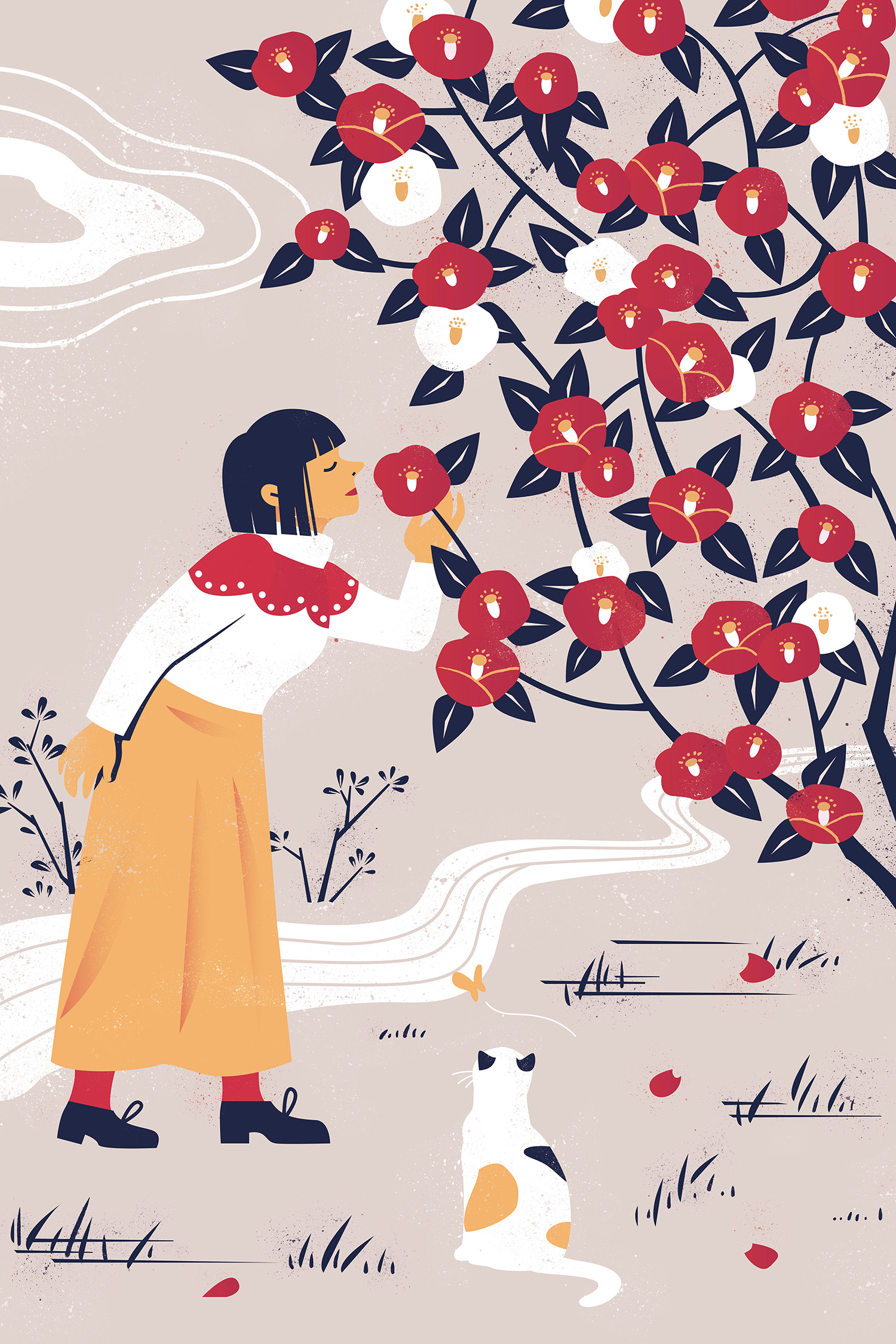 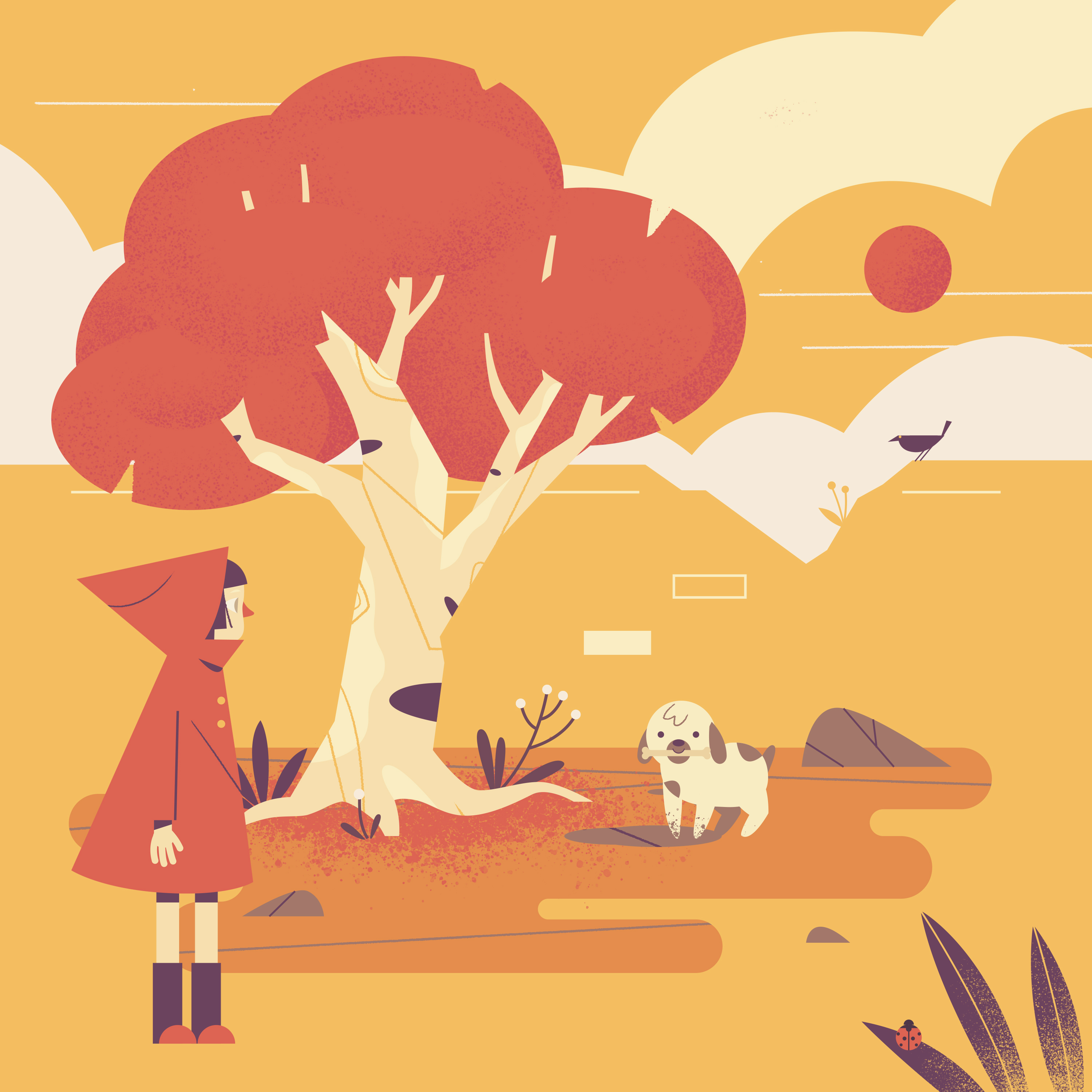 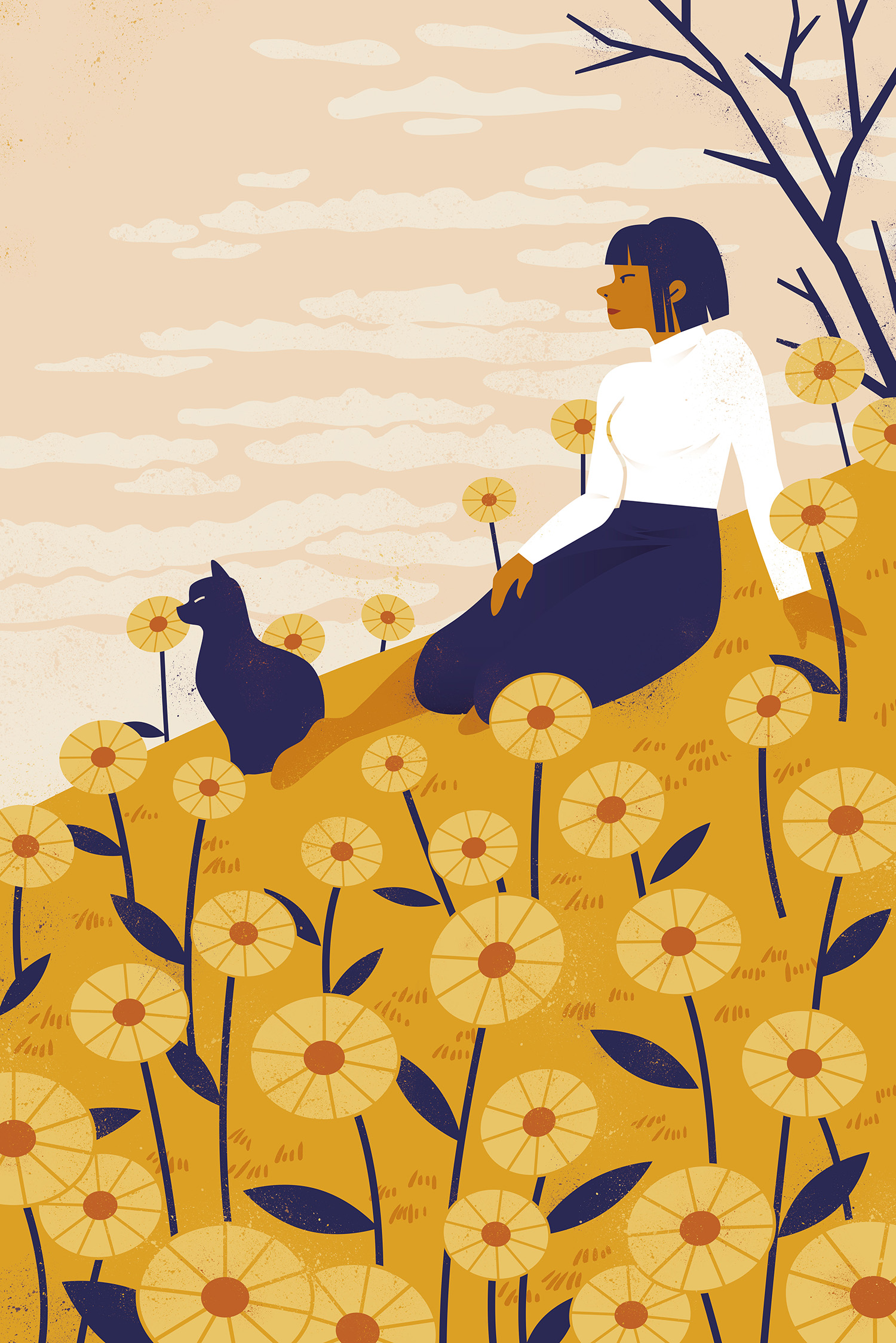 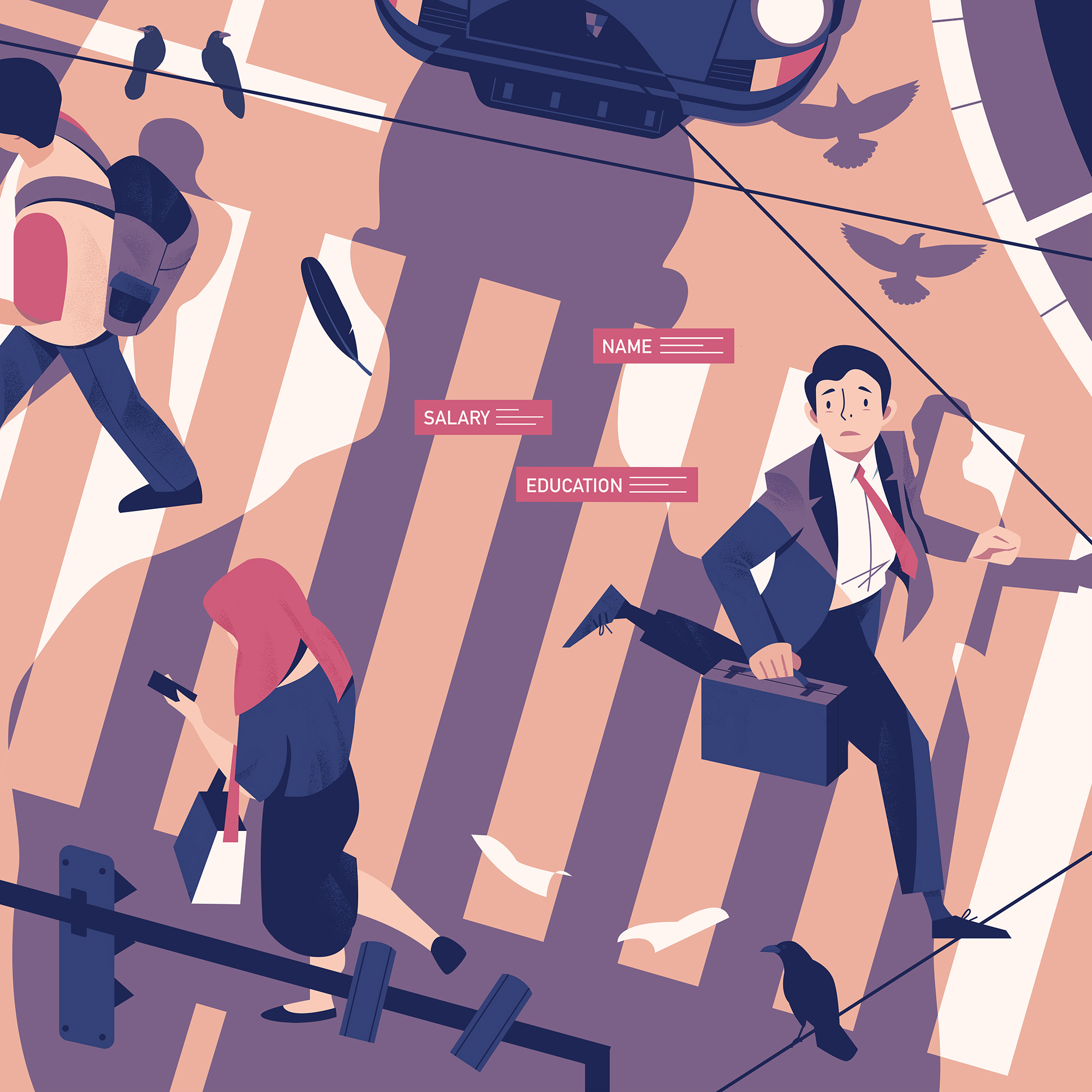 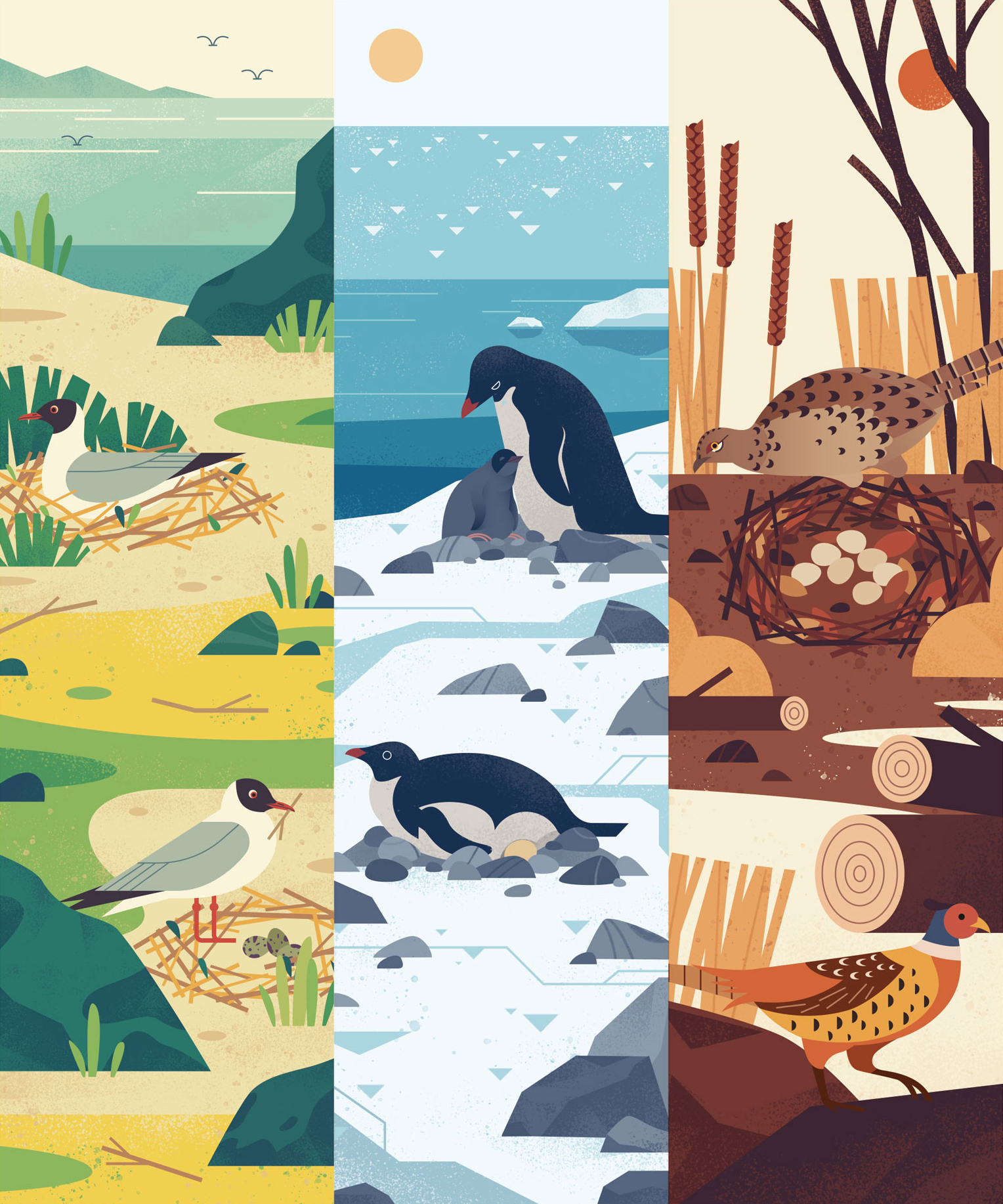 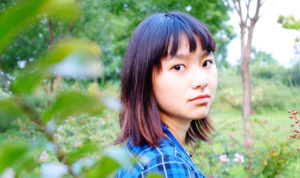 Hi, I’m a freelance illustrator based in China. I illustrate for magazines, motion graphics, and I create picture books for children too. My major in university is economy and Japanese, so unlike many other artists, I am self-taught. Before I became an illustrator, I used to be an editor for an art magazine named The CG World.

After graduating, I lived in Beijing, the capital of China. Living in Beijing is both interesting and challenging. I met a lot of talented and interesting people there. This experience influenced my career. Also, Beijing is a historical city, I like to walk around the Hutong (the traditional neighborhoods in northern China) on weekends. I really spent a happy time in Beijing.

However, living in Beijing is never easy for those who come from other cities. I realized that I could never settle in Beijing, I chose to move back to Wuhan, where my hometown is. Life in Wuhan is plain, yet there are new challenges to be overcome. I think I’ll explain it in the answers below.

Life in Wuhan is plain, yet there are new challenges to be overcome.

Since my professional career begins after I moved back to Wuhan. I’ll describe Wuhan under this question.

The best thing: Living here doesn’t cost too much, I won’t be very worried to make for a living. So I can concentrate more on art creation rather than making money.

The worst thing: There are not many artists here, sometimes I feel lonely. People here are more conservative, which makes me frustrated.

Though I always had a passion for art creation, I was never encouraged to be a professional artist. Under the pressure of my parents, I chose economy as my major in the university. But the passion never dies- I learned to illustrate from the Internet. I hunt for jobs which are relevant to art- so I can know the industry better. After years of learning and practicing, finally, I became an artist myself.

Though I always had a passion for art creation, I was never encouraged to be a professional artist.

Yes. My family realized that I am really interested in art, they are happy with this now. My friends are always on my side. Especially my boyfriend, Zaoeyo, he is a talented and famous CG artist too. He helped a lot.

I hope that I can always create and explore art with freedom.

I hope that I can always create and explore art with freedom.

Kevin Dart, I think. He is the director of an animation studio named Chromosphere. I just LOVE the work they do.

Well, I must say that there is a huge difference between any two of them.

If I will describe my mother, I would say that she devotes her whole life to the family. She has an interest in dancing, but she never has an opportunity to start a career. Many females from her generation in China live in a similar situation.

Women have more choices now, my friends and colleagues are more independent. They know exactly what kind of life they want and they have the chance and courage to pursue it.

Women have more choices now, my friends and colleagues are more independent. They know exactly what kind of life they want and they have the chance and courage to pursue it.

No, there isn’t any. Art was NOT regarded as something important at that time in China- maybe even today. Women are regarded as mothers and wives, most of them never had the chance to be creatives.

I think yes. In China, the society thinks that women are more responsible for taking care of the family and the children. It’s very hard to make a balance on family and work. So maybe not only in my industry, any woman who has a professional career can face the same challenges.

I think it’s very important to manage the ability of learning by your self. Be sensitive and open.

I don’t know if I’m good enough at giving advice. I think it’s very important to manage the ability of learning by your self. Be sensitive and open. And if you live in some places like China, first you need to forget that you are a woman- so that you won’t care too much about the so-called responsibilities that can distract you.