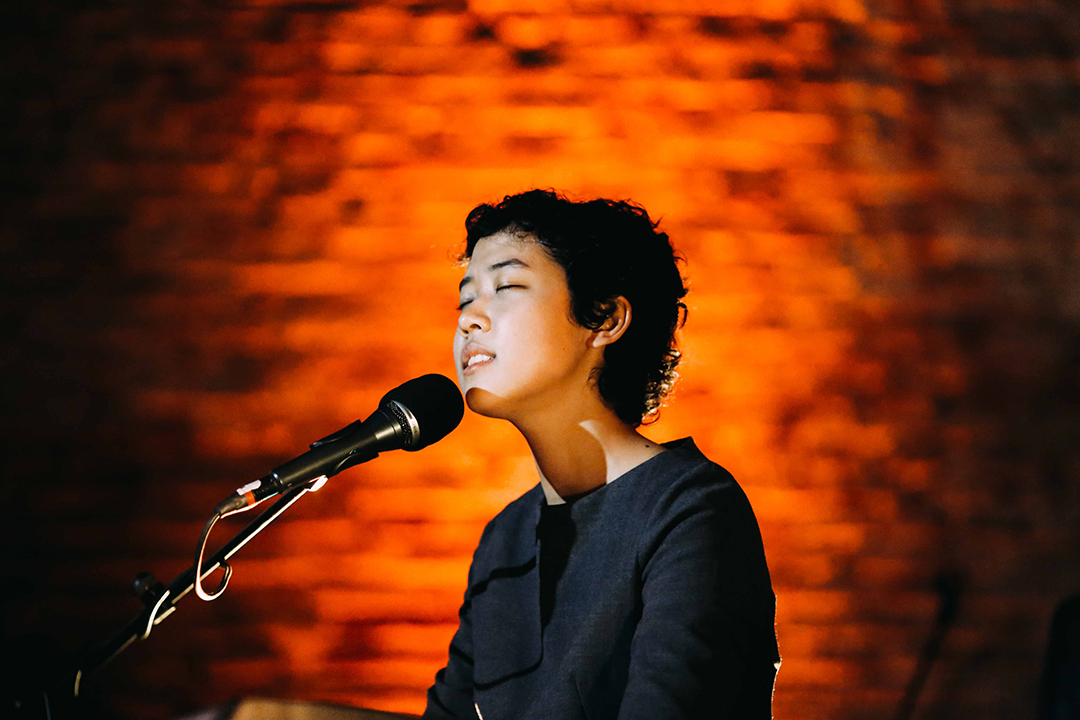 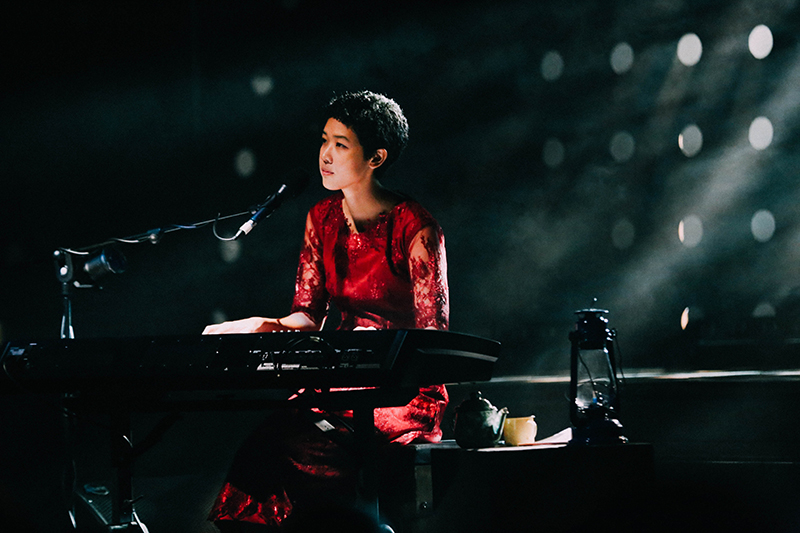 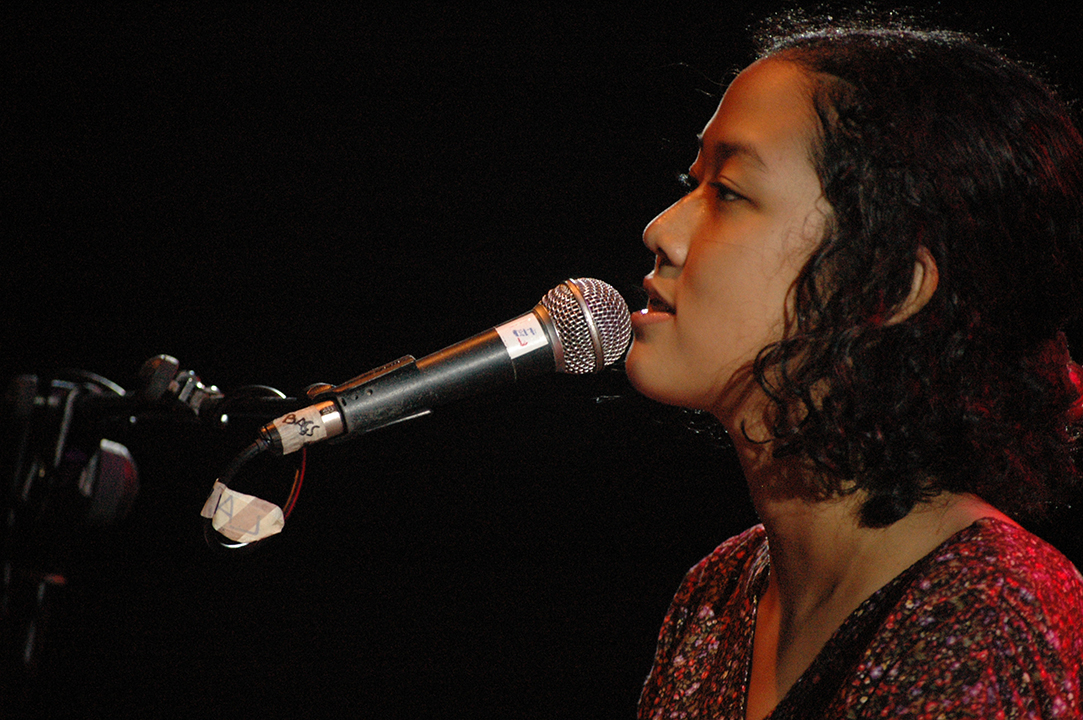 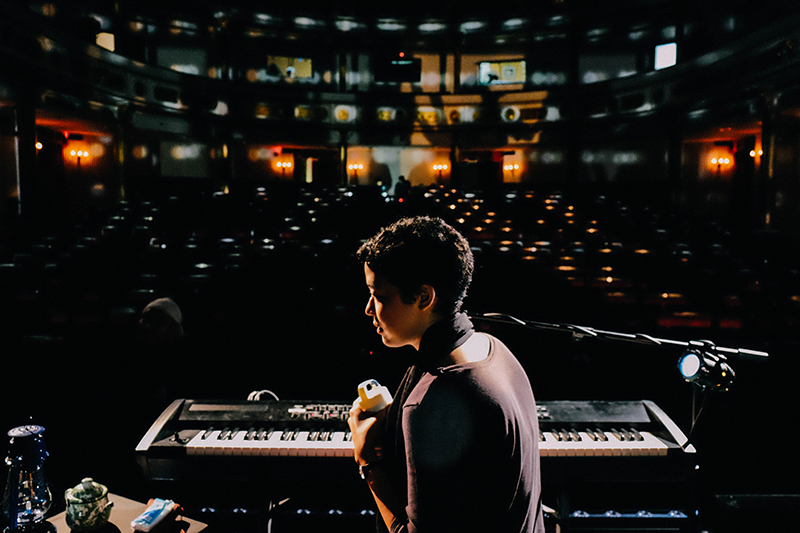 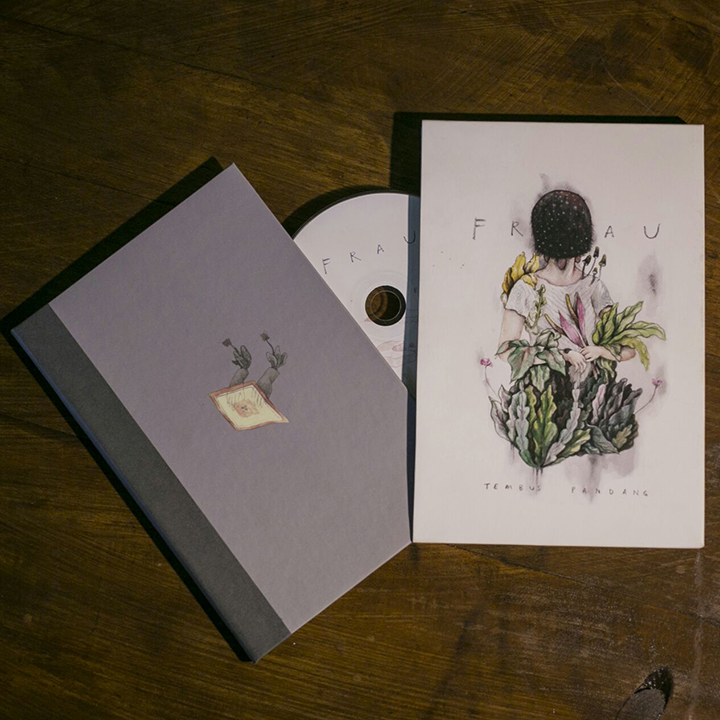 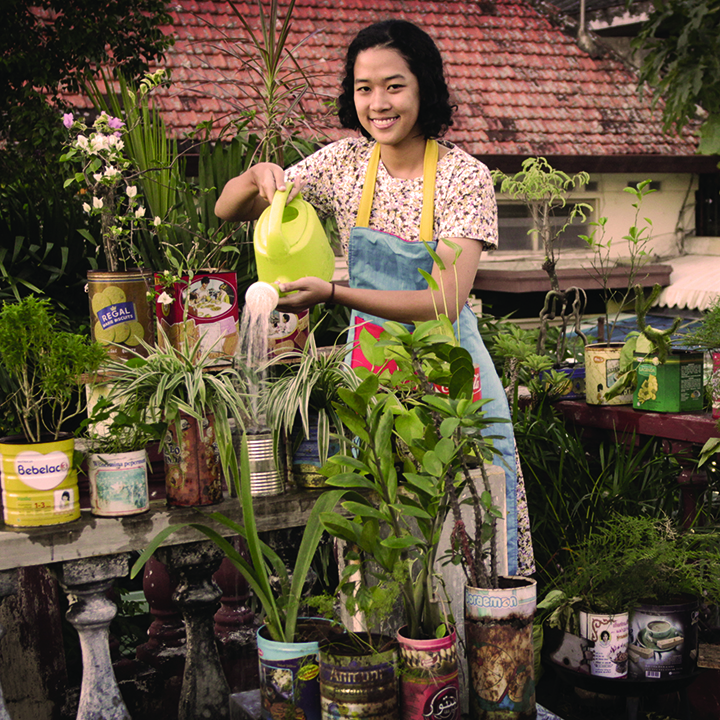 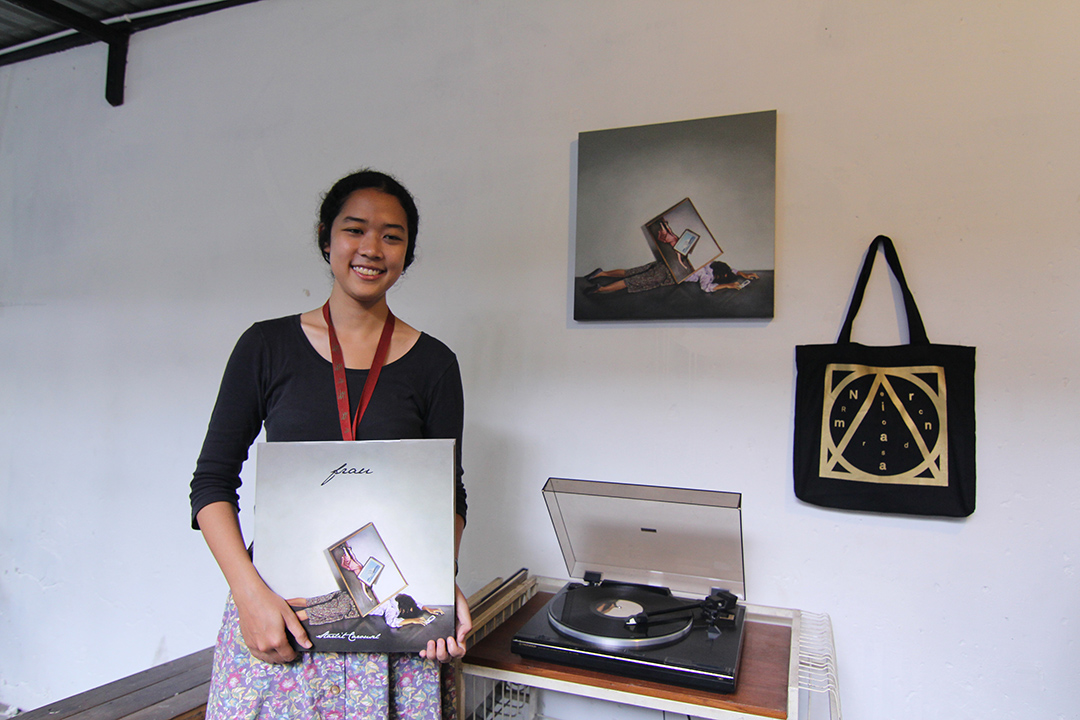 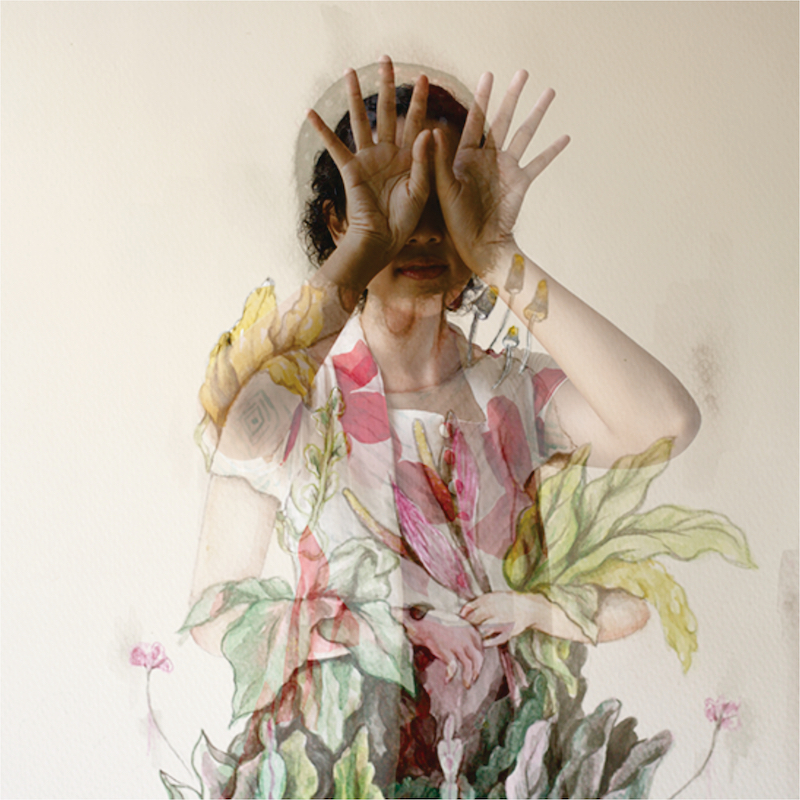 I write songs and sing them while playing the piano. I am writing my PhD dissertation at FU Berlin with a focus in anthropology, music, and affect. I am a mother of a very cute 13-month-old boy.

Yogyakarta is a very vibrant city with many artists, musicians, activists, students, researchers, who all know and work with each other quite frequently. The living cost is below average (it used to be quite low), the climate is very warm, the rain can be very hard and last long, the streets can be very busy with motorbikes and cars who do not necessarily follow the rules, the people generally smile back if you smile at them (same goes to when you talk to them). It is a great place to live in if you are working in the arts sector and do not strive to earn a chunk of money.

Yogyakarta is a very vibrant city with many artists, musicians, activists, students, researchers, who all know and work with each other quite frequently.

The best thing: there are communities of all sorts of interests that you can visit within an hour’s distance. And generally, everyone is open to meeting you. The worst thing: no reliable public transport and low credit costs for private transportation, which results in increasingly crowded and unpleasant roads to travel in.

It was all just a hobby. I wrote some songs when I was 19 years old and showed them to a fellow band member, who suggested to put them on Myspace. My first gig was at an opening for a collage-art exhibition organized by an artist collective. What followed was a string of small exhibition-opening gigs, then small concerts organized with close artist friends. Thinking of it as a hobby, I wanted to keep a low-key profile and avoided mass media coverage. However, I eventually agreed to appear on a television show named Kick Andy, which usually showcased interesting profiles of people from various professional/personal backgrounds. After the screening of the show, I received a wider fan base, which at the time made me quite anxious. As I progressed further with my studies in anthropology and my music in Frau, I realized that music is actually the best way I communicate my thoughts and feelings.

As I progressed further with my studies in anthropology and my music in Frau, I realized that music is actually the best way I communicate my thoughts and feelings.

Initially, my parents suggested to keep music as a hobby, while pursuing studies in other academic fields. However, they always supported my endeavors even until today. Many friends have also stayed around since the beginning of my music career.

I would like to create some projects in collaboration with different communities, musical or not. These will come after I finish my dissertation, though.. *sigh*

Strong, soft, pleasant, fun. These four words actually do represent the three closest women in my home: my mother, my younger sister, and our housemaid.

Not when I was growing up, but rather when I already started writing songs. As I was not thinking about a career in the arts, I did not pay much attention to the creative workers although I grew up knowing several people who were friends of my parents (my parents were also in the arts circles: my father was a gamelan maker, my mother played gamelan as well but also translated texts for various creative projects). I was later inspired by Mella Jaarsma – a visual artist based in Yogyakarta, Alia Swastika – a curator also based in Yogyakarta, Kartika Jahja, a musician based in Jakarta, Iit Sukmiati (Boit) – a merchandise-shop owner based in Bandung, and Maria Tri Sulistyani (Ria Papermoon) – a puppet artist based in Yogyakarta.

Yes and no. When I first started off playing in bands, I played keyboard in a surf-rock band, who would dress up in costumes when we performed. At one performance, I wanted to wear a wig with long straight hair (my hair is curly and usually short). The first comment that I heard from the audience was, “Miyabi!” which was a name of a porn artist that was at the time very popular in Indonesia. I felt very uncomfortable at the time. I have never felt this way during my solo career though. I try my best to surround myself (in the Frau management team and collaborators) with people who respect women or at least are open enough to discuss feminist values.

Enjoy the process, keep at it, always question boundaries set by others, and always try to support those who are in need.

…possibly not only to young women: Enjoy the process, keep at it, always question boundaries set by others, and always try to support those who are in need.