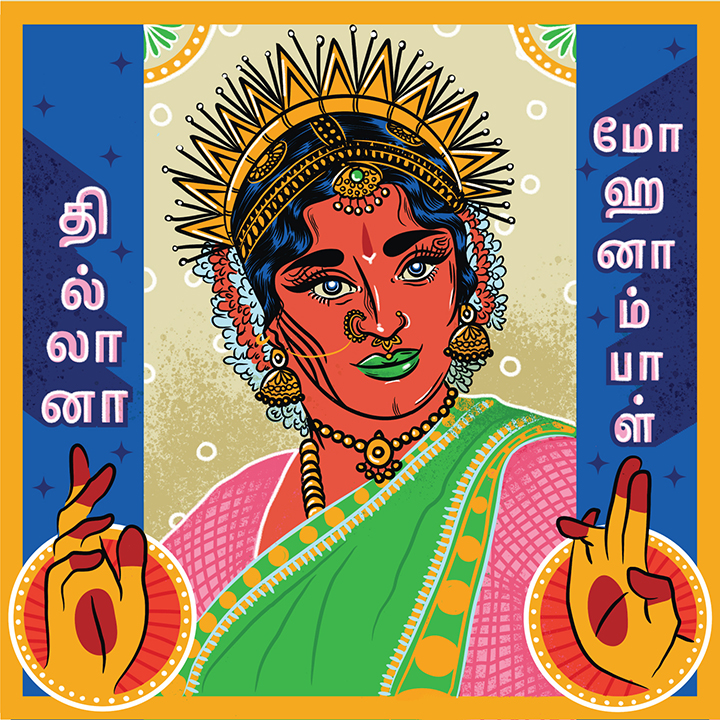 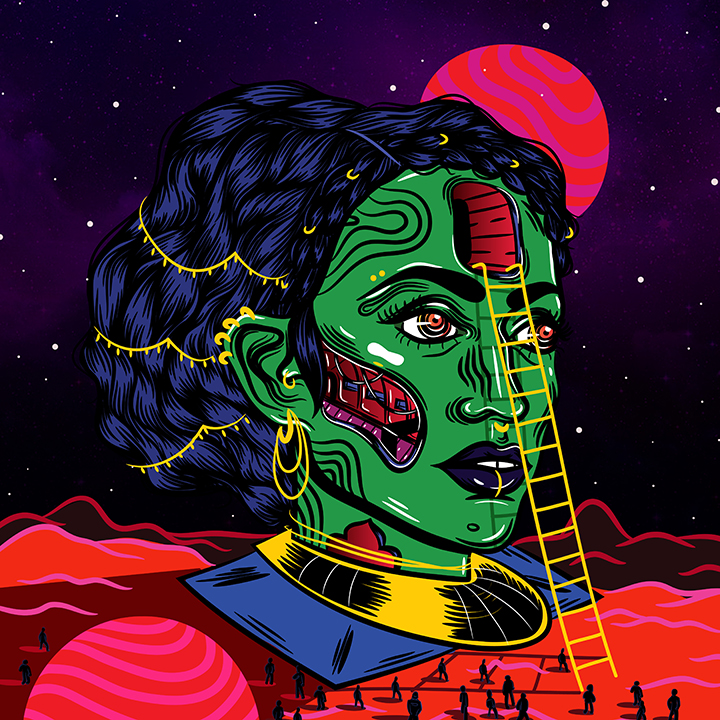 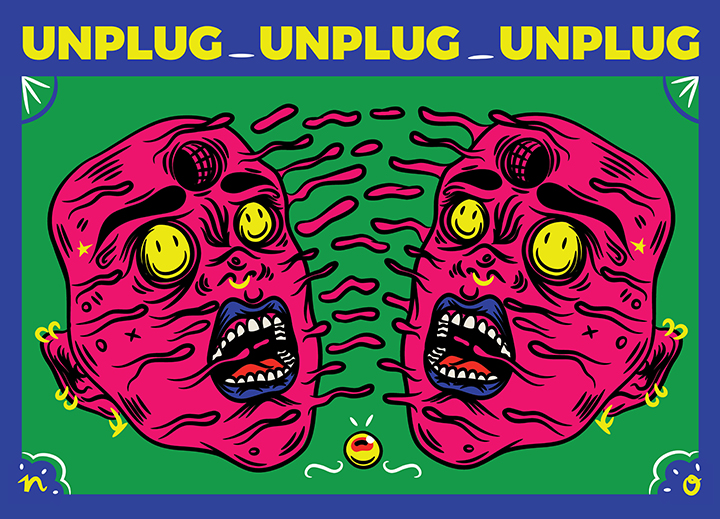 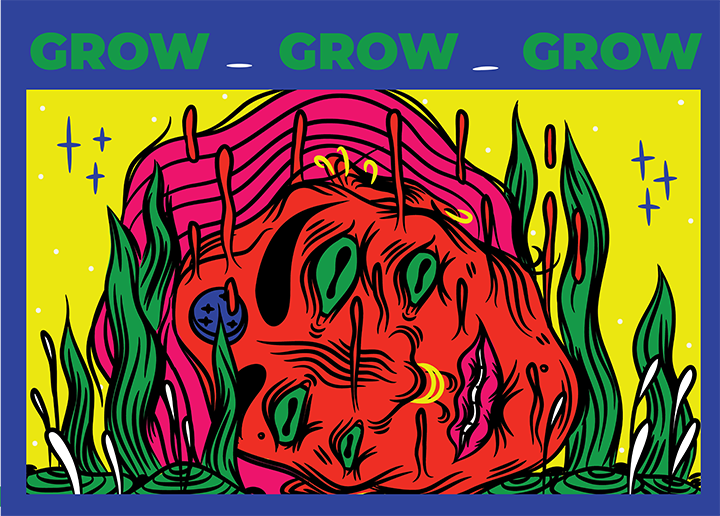 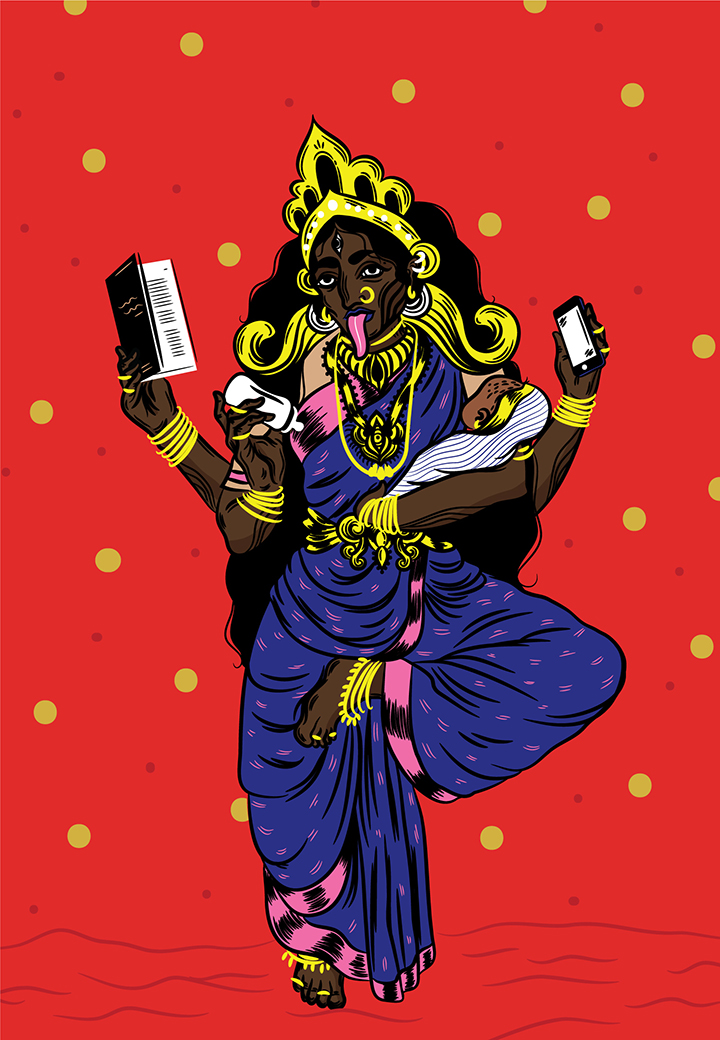 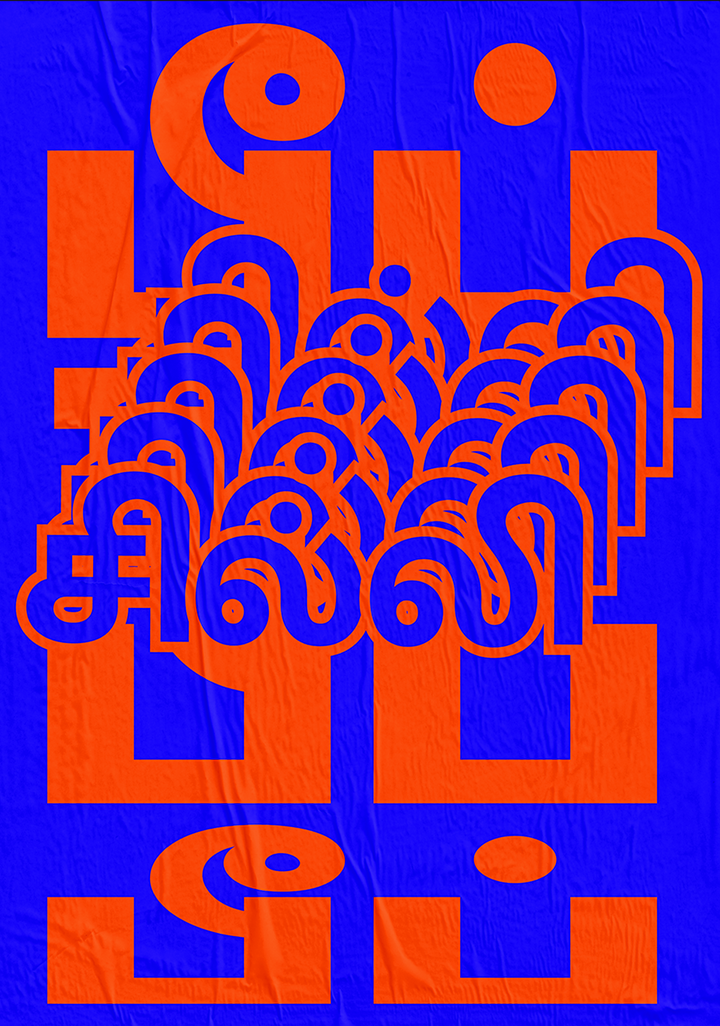 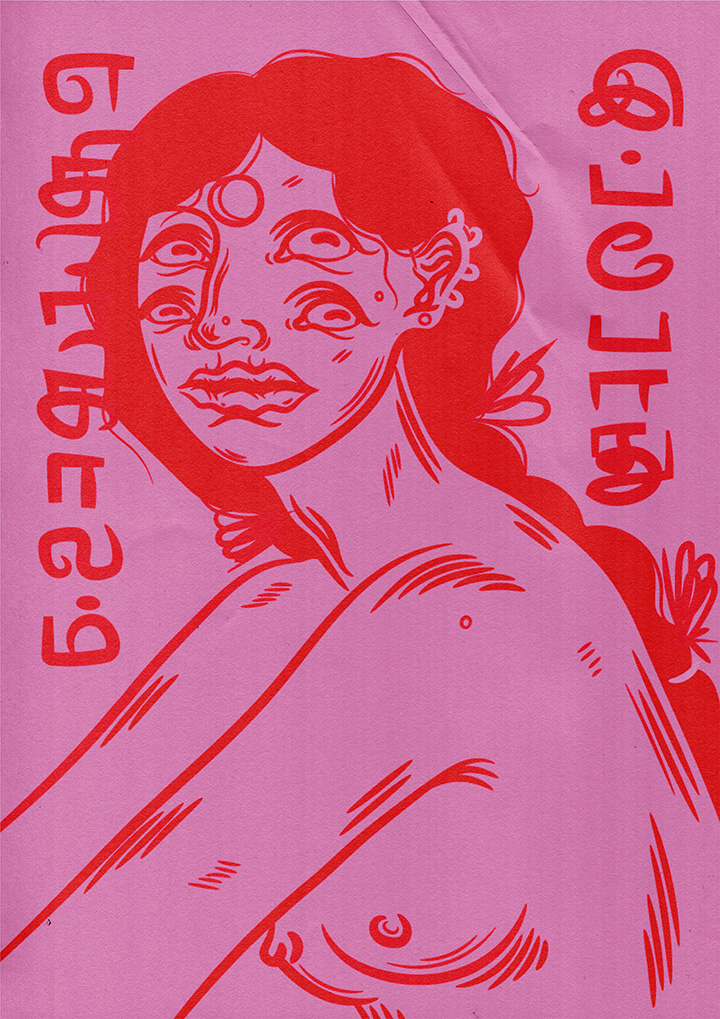 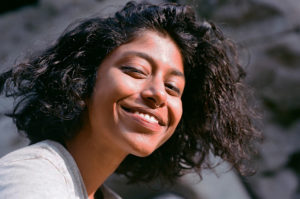 I’m an illustrator and a visual artist currently based in New Delhi, India. I love experimenting with both digital as well as traditional mediums. Having lived and worked in a variety of different environments between Taiwan, China, Hong Kong and India my works have a strong cultural as well as traditional significance. Gender and its intersection with society and technology in junction with nature, cosmology, dreams, and nightmares play a major role in my works as well.

I’ve been in Delhi for the past 3 years, lived in Hong Kong for a bit and grew up in Guangzhou for 5 years before that. All these places were dramatically different and really help mould and create the person I am today. Since I’ve lived here most recently, I can elaborate more on Delhi. Being the capital and one of the most populated cities in the country, Delhi has proven to be pretty challenging yet attractive to me. In a lot of ways the city really isn’t for faint-hearted in terms the extreme weather, pollution, traffic and safety (predominantly for women). However, as a creative, I have found the areas of inspiration and influence abundant. Big and small art shows, gigs, workshops, screening etc are constant every weekend and in addition to the rich and vibrant history and culture, the city attracts a melting pot of creatives from all over the country and the world.

Gender and its intersection with society and technology in junction with nature, cosmology, dreams, and nightmares play a major role in my works as well.

The best and possibly the worst would be its unpredictability.

I graduated as a communication design major from university and went on to work as a graphic designer and a design researcher for a couple of years before transitioning to a freelancer illustrator about a year and a half ago. Although I had always been eager in a future in art, it took a couple of years of part-time freelancing, lots of trial and error with client works and loads of personal exploration later to fully commit and gain the confidence to freelancing full-time.

Although I had always been eager in a future in art, it took a couple of years of part-time freelancing, lots of trial and error with client works and loads of personal exploration later to fully commit and gain the confidence to freelancing full-time.

I come from a large family as a result of my mum having 6 sisters and 2 brothers. Out of all the cousins and aunts and uncles, I’m the only one in the family in art or creative industry with the rest predominantly being a doctor or an engineer. My family still finds it obscure and hard to understand exactly what I do (to be fair I don’t either sometimes) but I’ve been lucky to have their support and encouragement so far.

In terms of mediums, I would love to create more murals and try out animation. I love the challenge of working on a large scale mural because of its process of trial and error and its integration to the society and I’m always in search of new technologies and software that can elevate and add a different dimension to my works. In general, I also aim to refine my voice and what I want my works to represent.

In general, I also aim to refine my voice and what I want my works to represent.

There really are far too many to list out but my wish list as of late include Haitus Kayoti, Kristen Liu Wong, and Rajni Perera among others.

Unfortunately, I really didn’t have too much exposure to Indian art and design growing up but since uni, I had been looking up to contemporaries such as Mira Malhotra, Tarini Sethi, Kruttika Sussarla among others.

Being a female in India definitely has its own sets of difficulties that reflect in the creative industries as well. The wage gap, gender discrimination, safety in work environment and in general are still issues that are prevalent and are being fought against. The idea of being a free and outspoken creative still bring about a backlash of not conforming to the outdated “proper” norms of what a woman should be. However, more and more uplifting narratives are born and brought to light every day which is something to look forward to.

.Figuring out who you are and what you want to do definitely requires its own pace to develop, there simply isn’t a shortcut.

Apart from being your true self a piece of advice I wish I had gotten when I was younger is to not forget to be kind to yourself as well and give yourself time and space to grow and evolve. Figuring out who you are and what you want to do definitely requires its own pace to develop, there simply isn’t a shortcut.