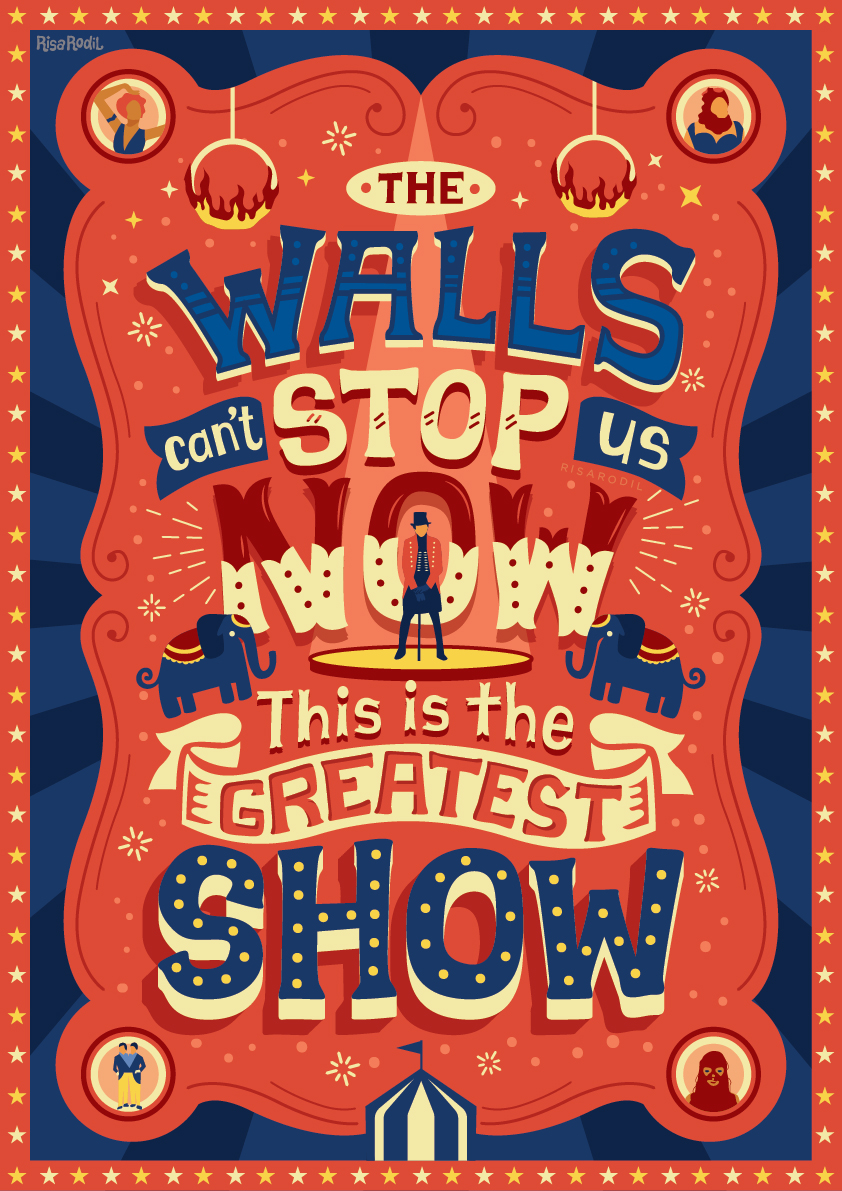 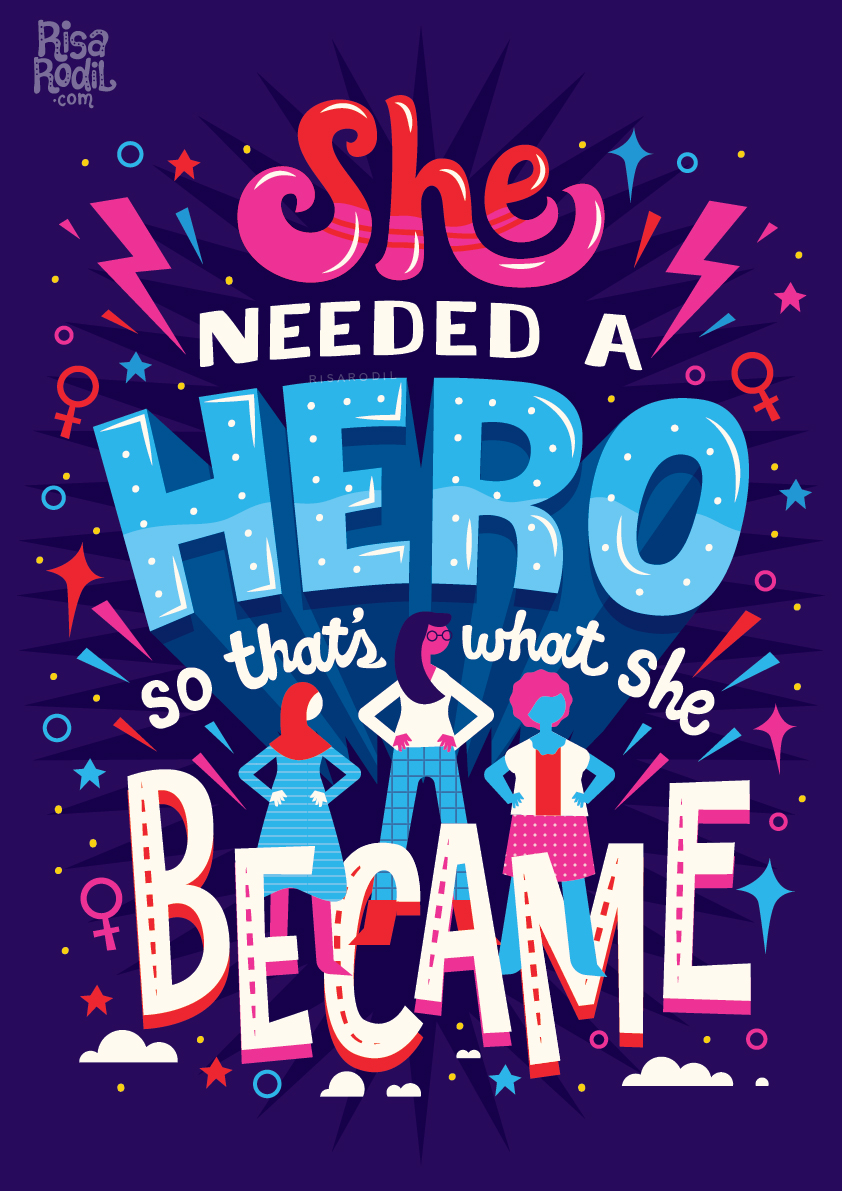 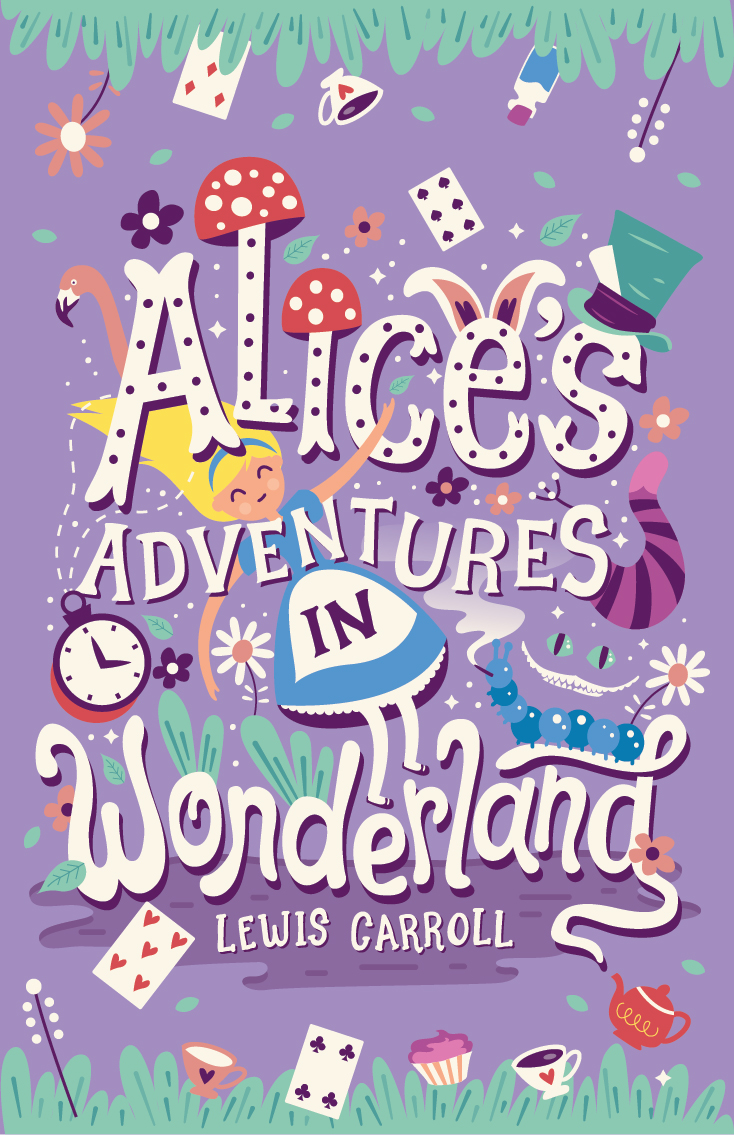 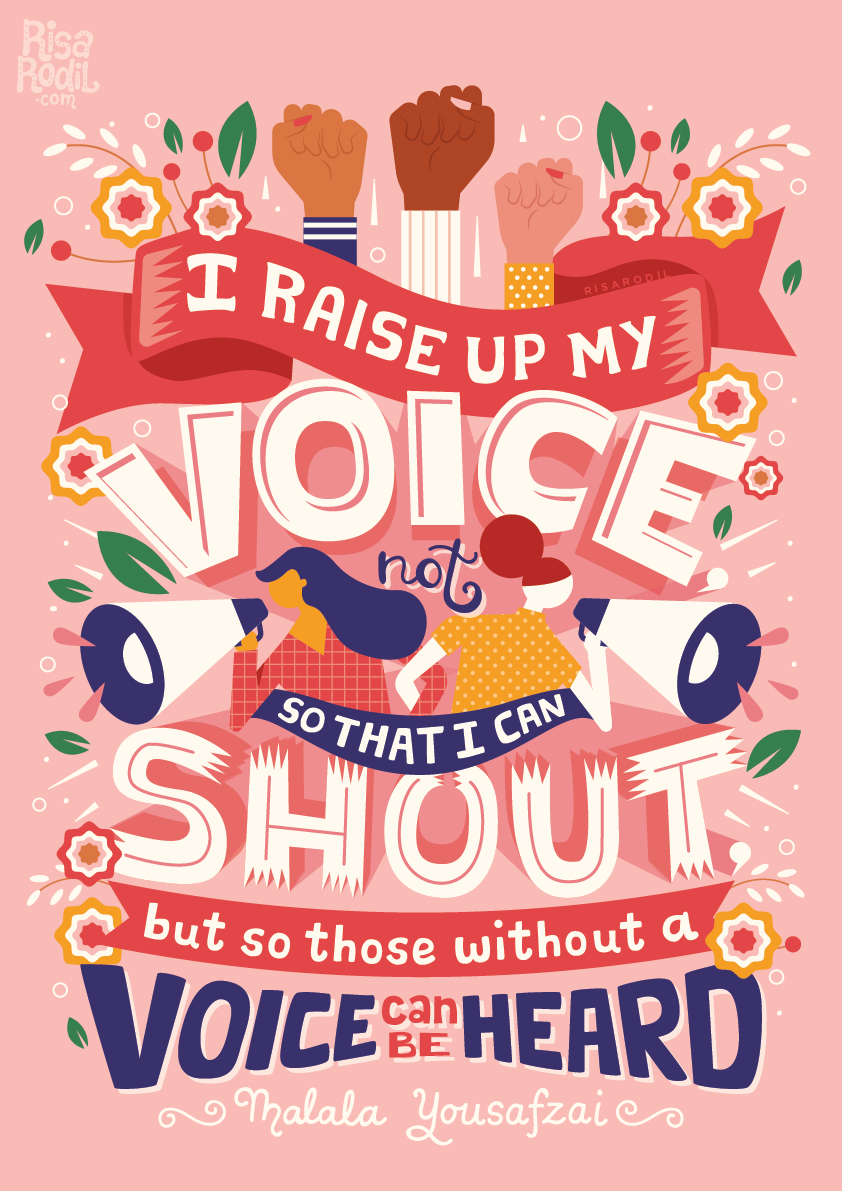 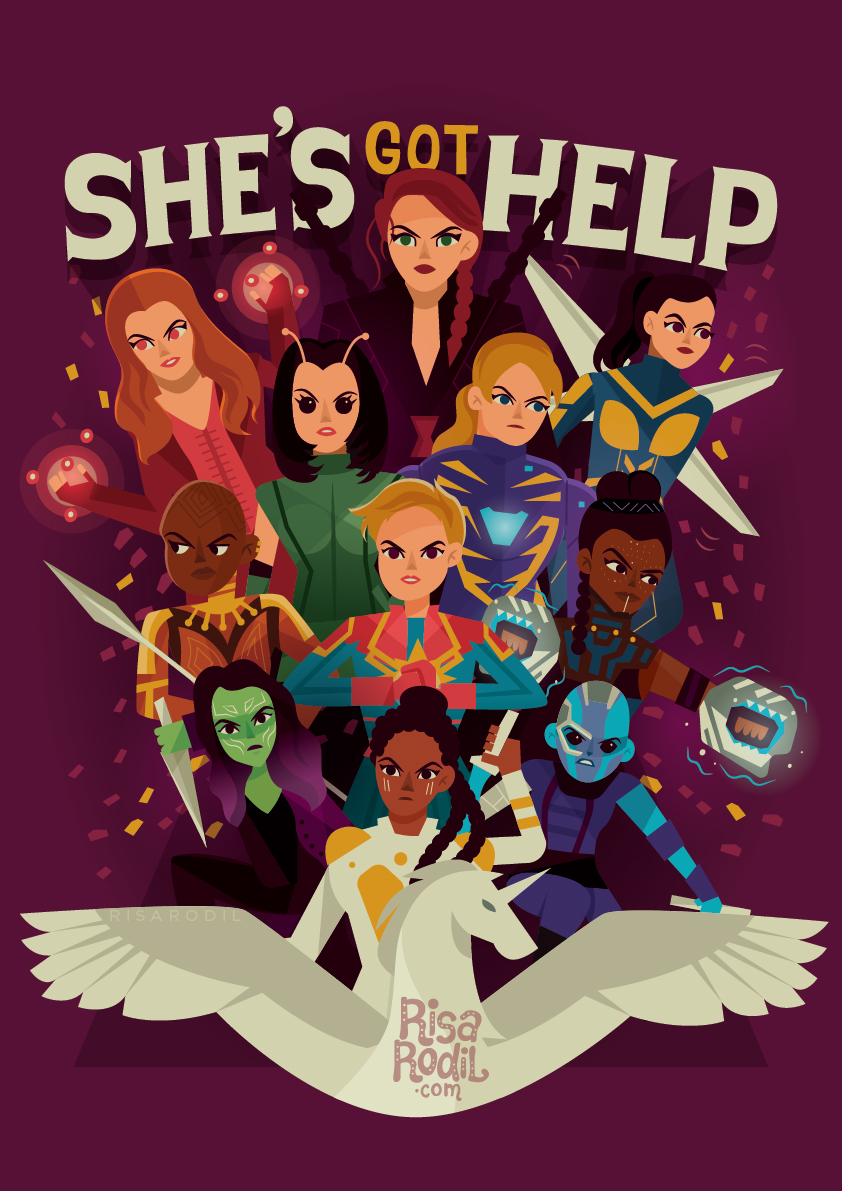 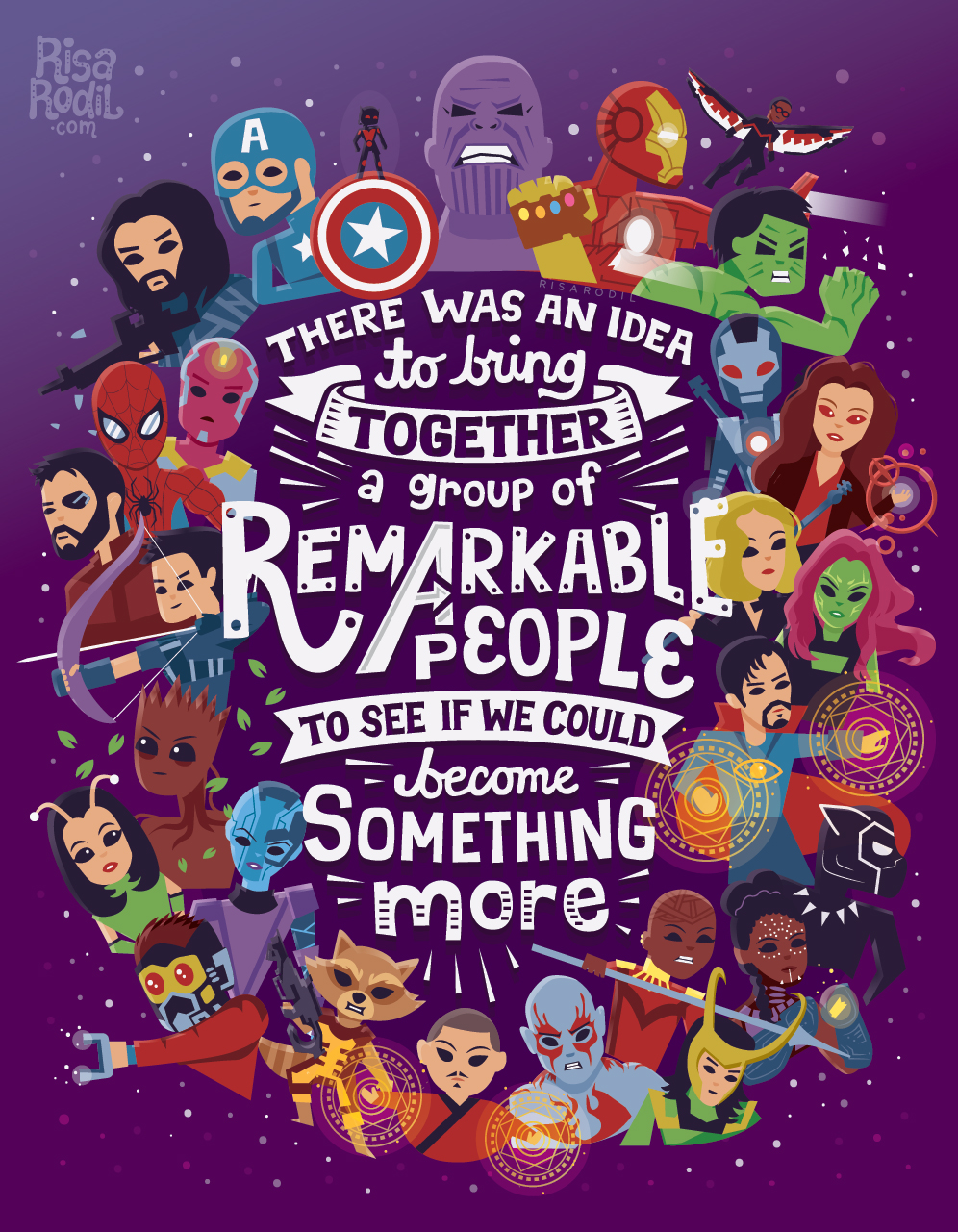 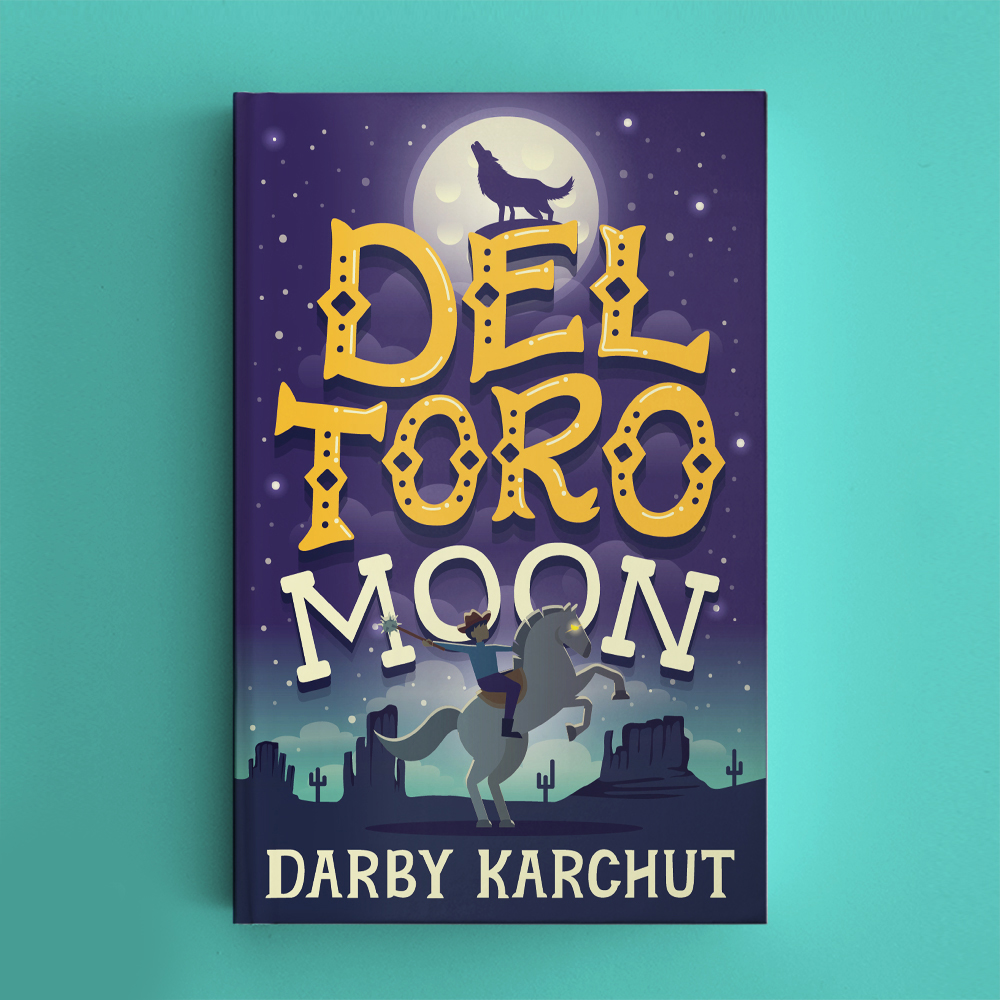 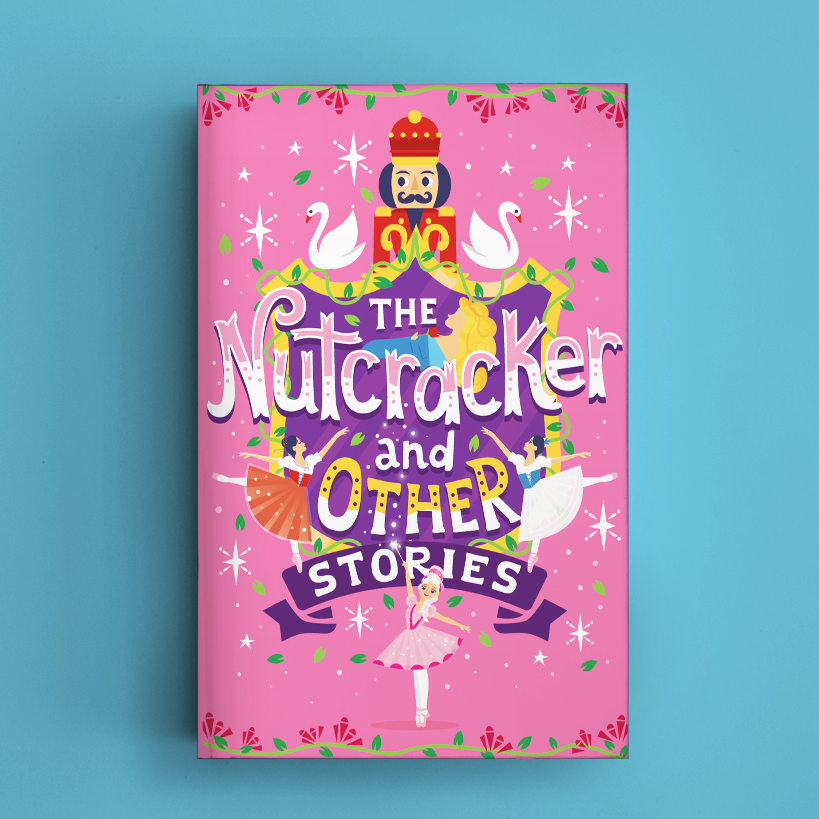 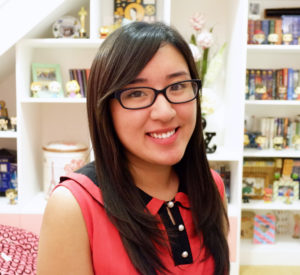 Hi, I’m Risa. I’m a designerd, illustrator, and letterer from the Philippines specializing in middle-grade book covers and hand-lettered posters. I describe my art style as a vibrant mixture of striking colors with a touch of whimsy and modern retro. I am currently represented by an international agency called Good Illustration, working alongside my most trusted agents Doreen, Tom, and Kate. On my days off, I like to visit new cities, read books, and go full nerd by binge-watching television shows.

I grew up in Valenzuela City, a highly urbanized city located in the northern part of Metro Manila. It’s not as busy as the Southern cities since we’re a lot farther from the main business district, but I like it better that way. It’s the perfect middle ground—not as loud and rowdy, but engaging enough to enjoy your ins and outs of the city. As someone who has traveled to a lot of countries over the years, there’s something about my hometown that always pulls me back whenever I’m away. Nothing feels like home after all!

I grew up in Valenzuela City, a highly urbanized city located in the northern part of Metro Manila.

I love how everything is close by and easily accessible. Just from where I live, I can reach a grocery store, a school, a hospital, a church, a mall, and dozens of food chains in less than 10 minutes. The people are inspiringly cheerful and resilient, and you can feel how everyone cares for each other in their own little way. The worst part? The traffic is an absolute nightmare. Even the public transportation systems are no better. We get the worst floods during rainy season and the most unbearable heat waves during peak summer.

It was around 2008 when I discovered the wonders of Adobe Photoshop. This program single-handedly triggered my passion for art and design, so much so that it made me change my college plans at the very last minute. I was already set on taking up either Accountancy or Dentistry prior to this discovery, but my design obsession led me to do a complete 180 and take up a design course going forward. 4 years later, I graduated with a Bachelor’s Degree in Multimedia Arts from De La Salle – College of Saint Benilde. My course exposed me to various design fields such as graphic design, illustration, photography, animation, video production, and game design. Out of all of these, I figured early on that I had a knack in designing and coding websites. This is why, when I started freelancing at the age of 18, most of my early commissions were website designs for blogs and start-up companies.

A year later, I got an offer to work as a web designer for a large network company. I have accepted the offer so fast despite my original plan of taking a breather after graduation. It should be a dream job for me—a web job under my dream company—but for some reason, it didn’t feel like it. During this time, I found myself doing illustrations on the side as a way to distract myself from the stress of my day job. I was a web/mobile designer by day and a frustrated illustrator by night. I’ve been dumping all of my random designs (mostly pop culture-inspired) in my Tumblr blog—I did illustrated posters, reimagined book covers and lyric posters for fun. And by some curious twist of fate, some of the designs started to make the rounds online. Suddenly, my blog is gaining traffic and companies are noticing my work. It didn’t take long before I received my very first book cover gig, and by then the projects just kept pouring in. When I realized I’m enjoying the illustration gigs a lot more than my current job, I decided to take the leap and quit my day job to pursue a full-time career as a freelance illustrator. And that’s where I am now.

When I realized I’m enjoying the illustration gigs a lot more than my current job, I decided to take the leap and quit my day job to pursue a full-time career as a freelance illustrator. And that’s where I am now.

Very much! I’m quite lucky to have the most supportive family and friends. My parents never discouraged me to pursue an art course despite it being an unconventional career. They have always supported my art-related whims and encouraged my passion—they bought me a camera when I was dabbling into photography, and a laptop to help with my subjects in school. I’m so grateful to have had this privilege when I was starting out and a strong support system when I needed it the most.

Nothing too specific, but I do hope I can keep working on with more awesome and badass women in the future. Here’s to more impactful projects that can hopefully inspire a wide array of people around the globe.

Nothing too specific, but I do hope I can keep working on with more awesome and badass women in the future. Here’s to more impactful projects that can hopefully inspire a wide array of people around the globe.

This is coming from a more personal place, but I would love to collaborate with Suzanne Collins, the author of The Hunger Games trilogy. I owe so much of my career to her books because not only was the story so incredibly empowering, but it was the content that inspired me to find my own voice in illustration. Collaborating with her would be a crazy way to go full circle and I’d take this chance to thank her for the indirect impact she’s made in my journey as an artist.

Growing up, I’m blessed to have a mother who taught me all the values I still carry to this day. She’s warm and sweet but can be a tough disciplinarian if she needs to be. I have a sister who probably knows me more than I know myself. She’s always been my confidant, my best friend, and my number one supporter. Her bravery in moving to another country to pursue her passion, away from her family, heavily inspired me to keep chasing that dream — that if the odds are against you, then turn them in your favor. I have a tough set of girlfriends who are the funniest bunch I know. They’re my type of inspiring women who won’t let any hurdles dictate their worth. They’re passionate, spirited, and chaotic (in a fun way!). All these women in my life each represent a puzzle piece, that when put together, completes the person who I am today.

All these women in my life each represent a puzzle piece, that when put together, completes the person who I am today.

When I was young, I was really captivated by the wit and charm of Toni Gonzaga. I admired her faith and values for the most part, and how she always stresses the importance of family in her interviews. I also became a fan of Lea Salonga and how she made it big internationally. I’m a Disney baby so I grew up watching almost all of their iconic films, including Mulan and Aladdin. So it really blew my mind when I found out that a Filipina was the original singing voice of not one but two Disney Princesses.

Back in my first job, I used to belong in a male-dominated team where I’m literally the only woman in the group. We all got along well and I was never discriminated as a female designer, but I have to admit that it would have been so much better if the scales were balanced out. It would be great to rack brains with a fellow female creator, especially since our job was to create web and mobile apps for various disciplines, and it was a whole challenge for me to represent the female perspective all by myself. But I am comforted to see that more and more female designers are emerging in our current design scene. I’m happy that more women are being given a platform to prove our capabilities as a professional, regardless of gender.

Embrace the possibility of failure because we learn so much more from failures than we do from success.

There will always be people who will try to discredit and question your worth, but don’t let them put you down. Let go of all the restraints that keep you from rising up. Keep creating, never lose that passion, and allow yourself to be inspired by your fellow female creators. Embrace the possibility of failure because we learn so much more from failures than we do from success.