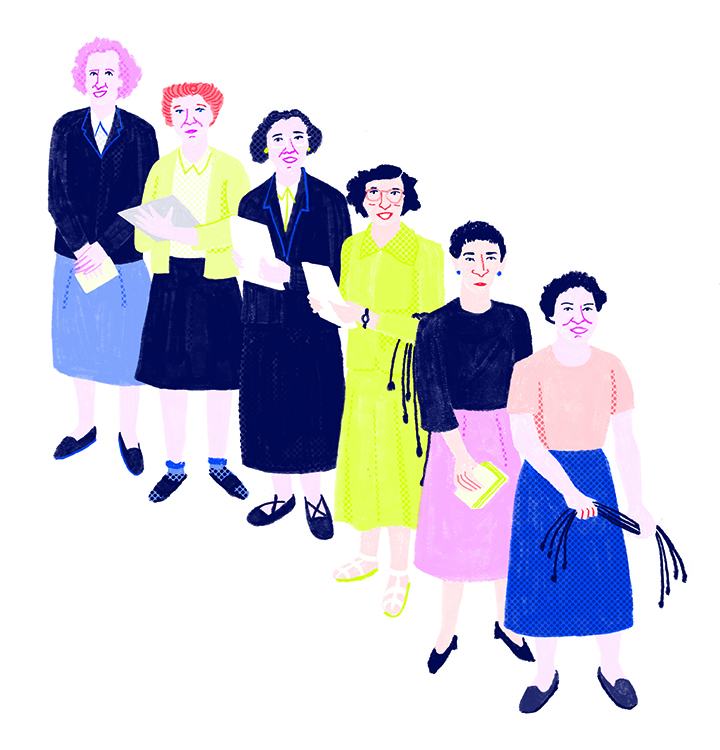 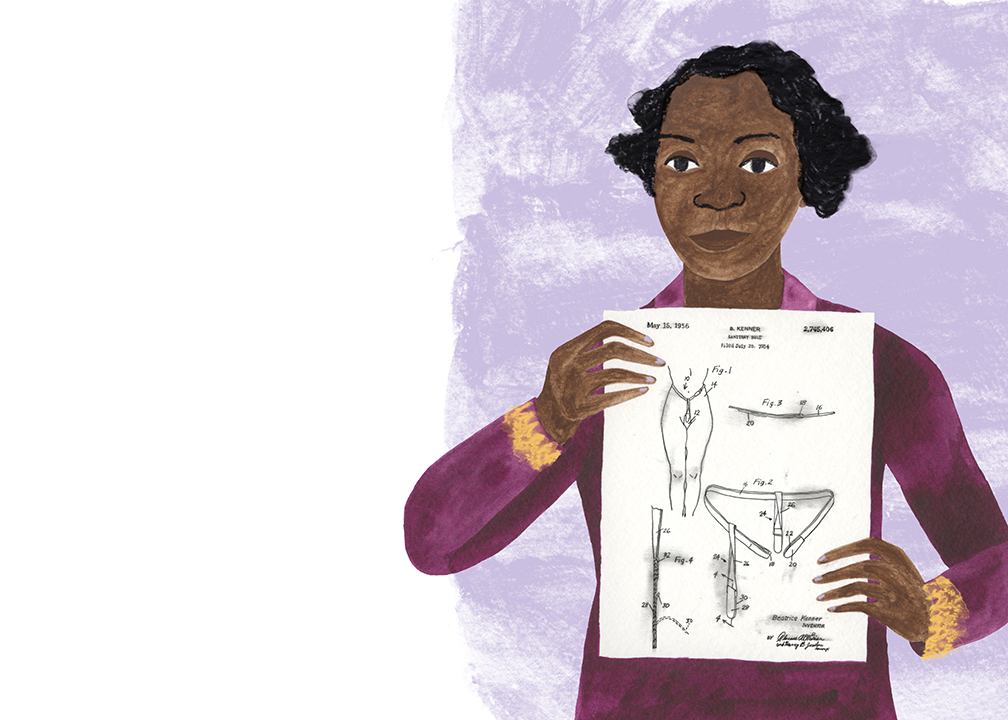 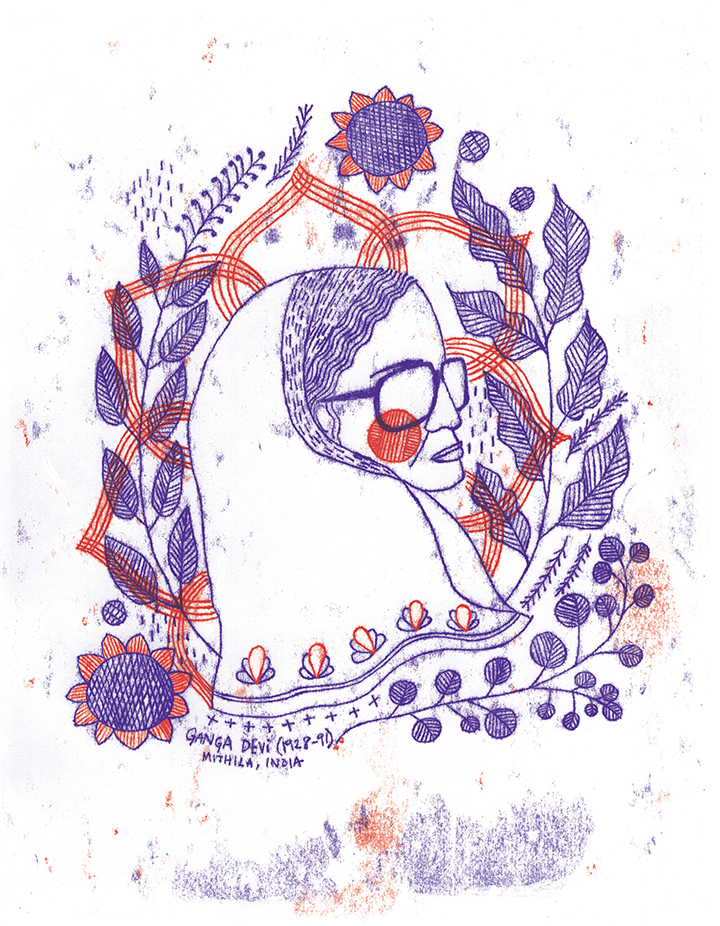 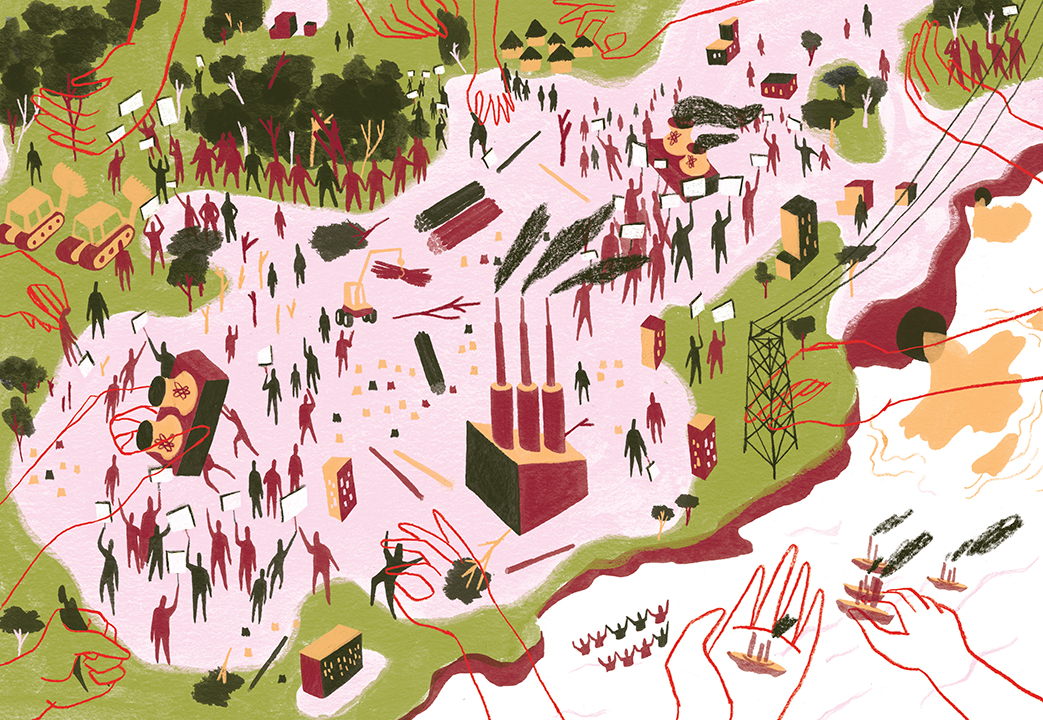 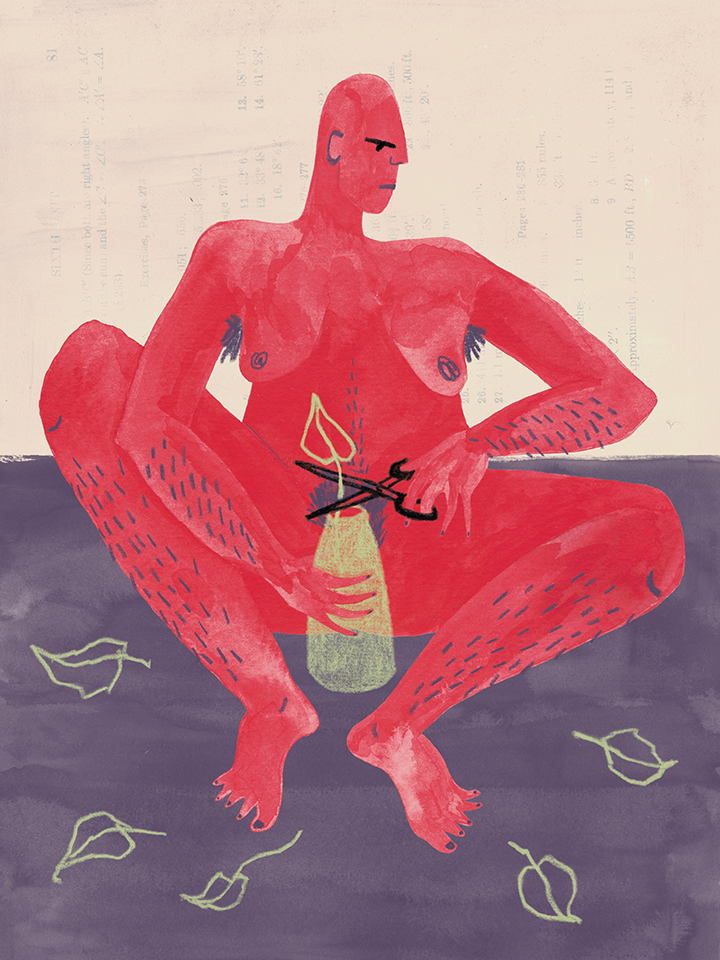 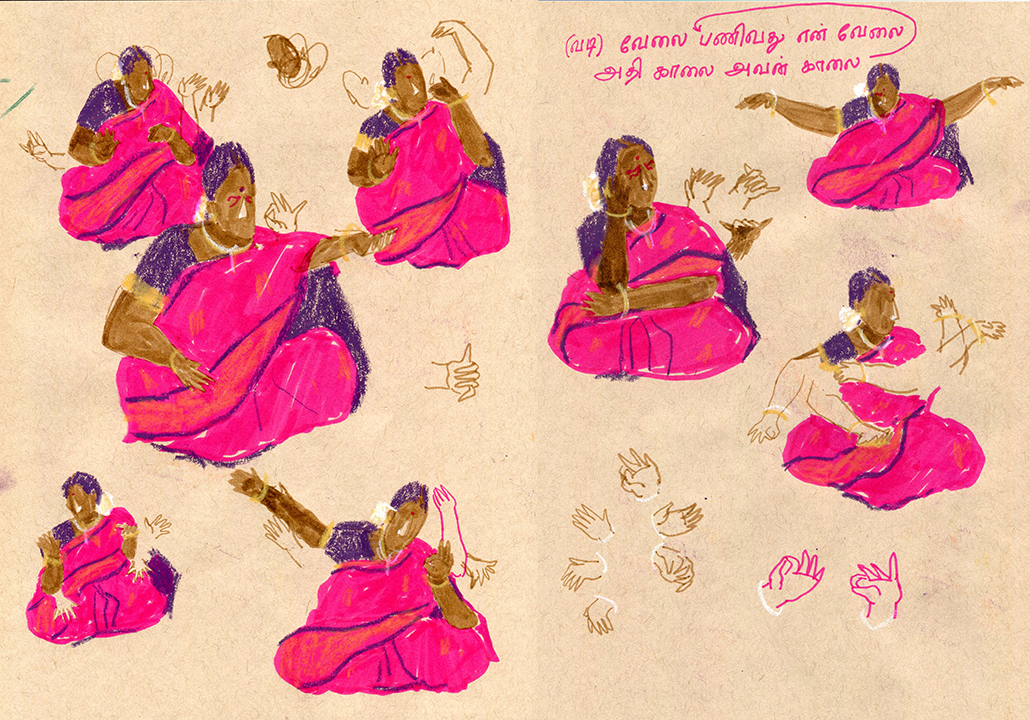 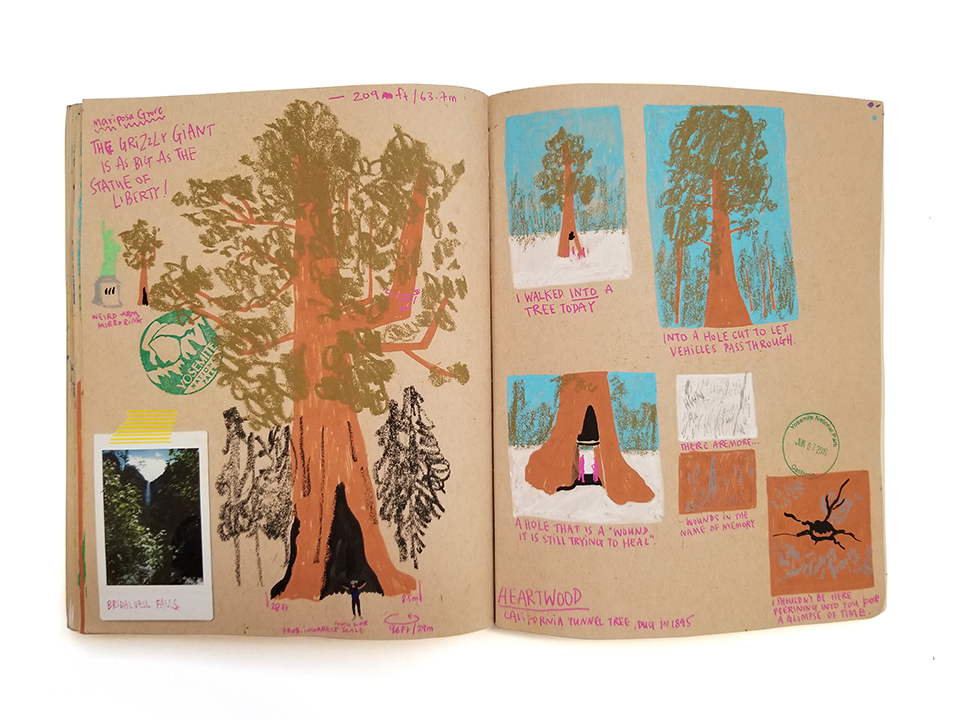 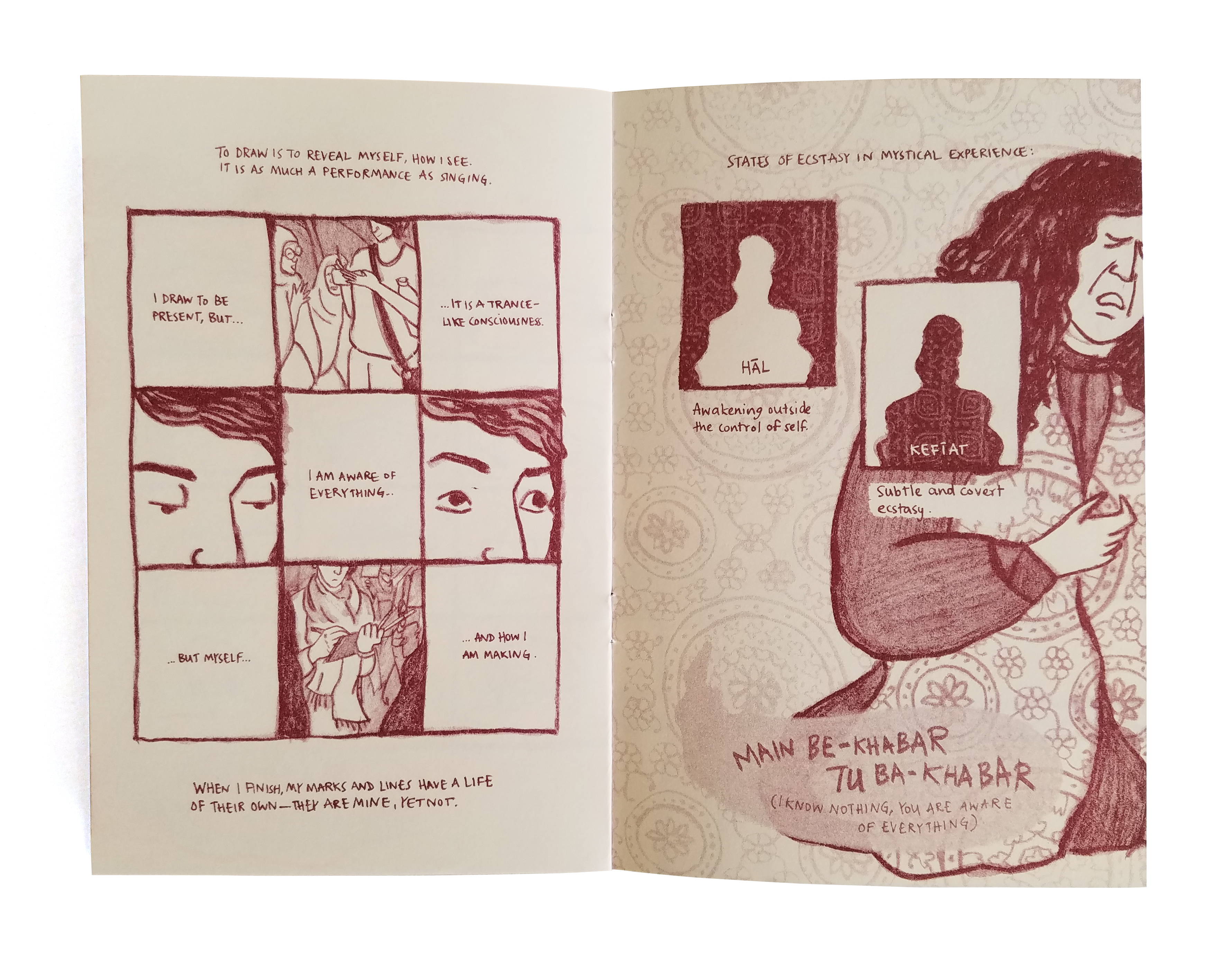 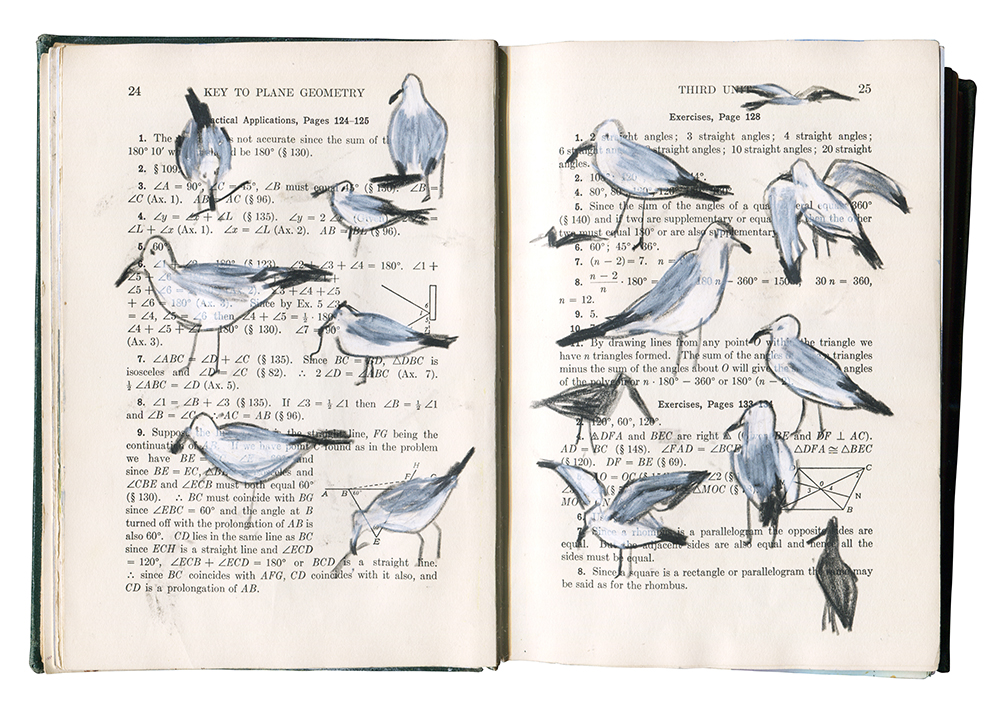 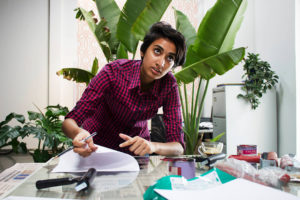 I am an illustrator and educator from Chennai, India, currently living in St.Louis, USA. My work revolves around personal and collective memory, and takes on the forms of zines and non-fiction comics. Drawing for me is a way to remember and record the world around me. I teach illustration and comics at Sam Fox School of Design & Visual Arts.

I’ve moved often since I left my home-city for college – I studied in Ahmedabad (with a semester in Milan), and worked in Bangalore before I moved to the US. The longest I’ve lived anywhere is Chennai, India (or Madras, as it used to be called when I was a child) where I grew up. Even though I am now more a visitor than an inhabitant, I don’t think there’s any other city that I am as excited to rediscover every time I go back. Chennai is a coastal city with astounding humidity (which I actually love), has a vast history, and the best food.

I’ve been in St.Louis for 2 and a half years now. Living in the Midwest is very different from being on the coasts in the US. St.Louis can feel like a smaller and much slower place compared to bigger cities. It’s an underpopulated city so if, like me, you are used to dense populations, it can feel pretty deserted. There’s a wide range of cultural activities and gatherings always happening in St.Louis.

In both cities, I find that there are growing creative communities of designers and illustrators, which is very important. In the US these ‘hubs’ tend to be coast-centric, and in India are Bombay/Bangalore/Delhi-centric. Decentralizing these concentrations of where designers and illustrators can thrive makes it possible for more professionals to exist in other parts of the country, and also for the public to access these resources and communities more easily.

Drawing for me is a way to remember and record the world around me.

I studied graphic design in undergrad and after graduation worked as a designer focusing on book design and print. Like any design student-turned-designer, I obsessively drew in sketchbooks. As much as I loved designing books, eventually I realized that I communicated better through images and that I needed to do a master’s to explore what it meant for me to illustrate outside the umbrella of a design brief where a client and the project dictate what something should look like. For a long time, I pressured myself into thinking that to be an illustrator I needed to be whimsical or create fantastical work. Not that illustration isn’t this, but it took me a while to understand that it could be other things too. Graduate school let me explore building and telling stories through comics. This was also a time when I finally felt relief in the realization that my interest as an illustrator is non-fiction and documentation.

Graduate school let me explore building and telling stories through comics. This was also a time when I finally felt relief in the realization that my interest as an illustrator is non-fiction and documentation.

My parents were (and still continue to be) extremely supportive, especially considering no one else in my family has pursued this path. It’s taken a while, but my friends and family now have a better understanding and deeper appreciation for illustration, design, and drawing. Everyone is used to the idea of me pulling out a sketchbook and plonking down in the middle of nowhere to draw something, especially my sister, who now has an ongoing collection of pictures of me drawing at all kinds of places.

What I do is largely self-authored – zines, comics, essays. One big aspect of my work is demystifying illustration and illustration history through comics. Two of my comics Becoming Rosie and Standards take on this challenge of talking about illustration and art history in an approachable format. I’d like to be making more of these essay-comics, as an accessible way to break down why images were made a certain way, why we understand and remember them a certain way. The educator in me also wants to enable more people to tell stories through illustration and comics, whether it’s through the classes I teach, or editing and art directing. More stories = more voices = more histories.

I would love, LOVE to do a performative live-drawing with my two all-time favorite musicians: Sufi singer Abida Parveen, and the band Advaita.

The women around me are strong, intelligent, empathetic, ambitious, adventurous, and very hilarious. I am thrilled to finally be in a time when it is getting easier and easier to find other women and other women creatives.

The women around me are strong, intelligent, empathetic, ambitious, adventurous, and very hilarious. I am thrilled to finally be in a time when it is getting easier and easier to find other women and other women creatives.

Looking back, I think I went through my undergraduate years not having female creatives to look up to. The history and then-present of design that we were taught or exposed to featured men, men, and more men. It felt very much like I was in a male space where guys bonded over being guys. It was when working in a design studio after graduation that I was in spaces populated more by women designers  – my former boss Sarita Sundar who also mentored me, colleagues who taught me everything they knew, peers who helped me form a community. My time doing a masters made up for what I felt missing in my undergrad. Almost all the teachers I studied under or assisted are powerhouse women creatives and academics – Whitney Sherman, Joyce Hesselberth, Kimberly Ellen Hall, Rebecca Bradley, Shadra Strickland, Joan Hilty, Stephanie Plunkett, Soheila Ghaussey. It’s one thing to identify role models who we can admire from afar, and a completely different (and life-altering) experience to be in their proximity and interact with them.

As lucky as I am to have this group of amazing women as the foundation of my education as an illustrator and educator, the industry itself manages to reveal its ugly side pretty easily with no seeming sense of accountability. At present, I am the only full-time non-male illustration faculty where I teach. When I moved to St.Louis, I missed the community of women illustrators I had while at graduate school. This year I started Bad Drawing Club, as a way to bring together women, non-binary and gender non-conforming people who love to draw. I never expected for it to be as successful as it has been, clearly there has been a need for something like this!

Be honest. Don’t make work you think you’re supposed to be making. Ask yourself WHY you are actually interested in making, and give yourself permission to stay true to that instead of chasing a social media following.

There are two things that I wish I could tell a younger me.

1. Be kind, share. Being an illustrator can be very isolating, even if social media tricks us into feeling otherwise. Peers are your community, not your competition. Build relationships with people whose work you admire/like, find ways to create a tangible creative community for yourself (virtual or otherwise).

2. Be honest. Don’t make work you think you’re supposed to be making. Ask yourself WHY you are actually interested in making, and give yourself permission to stay true to that instead of chasing a social media following.