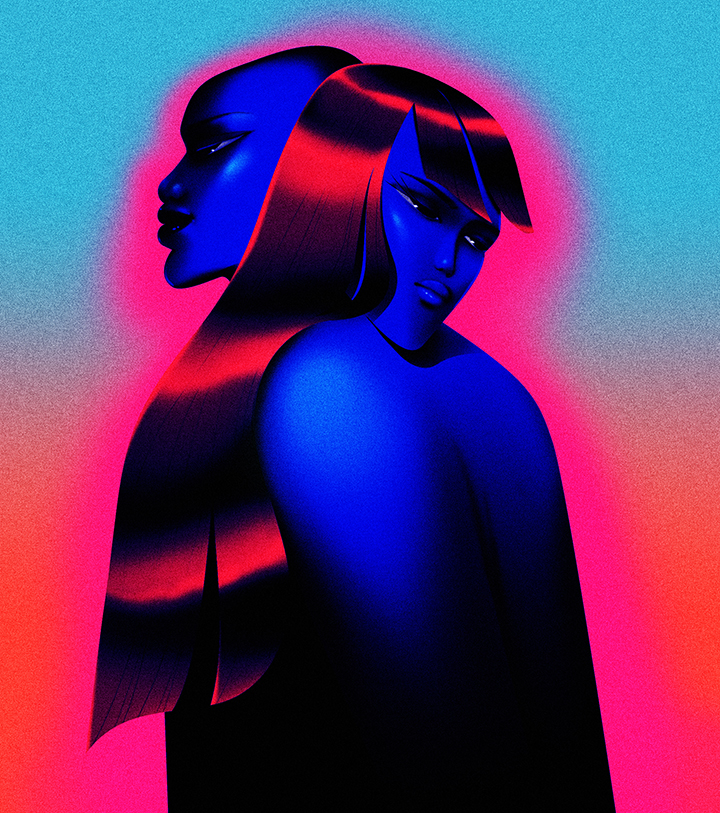 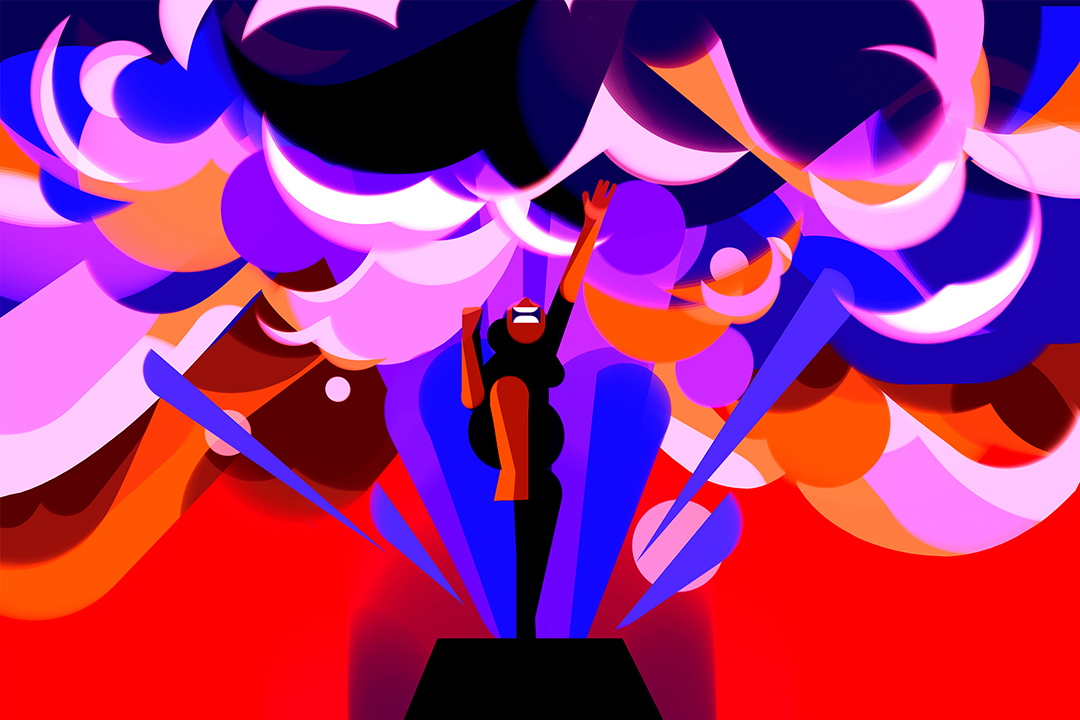 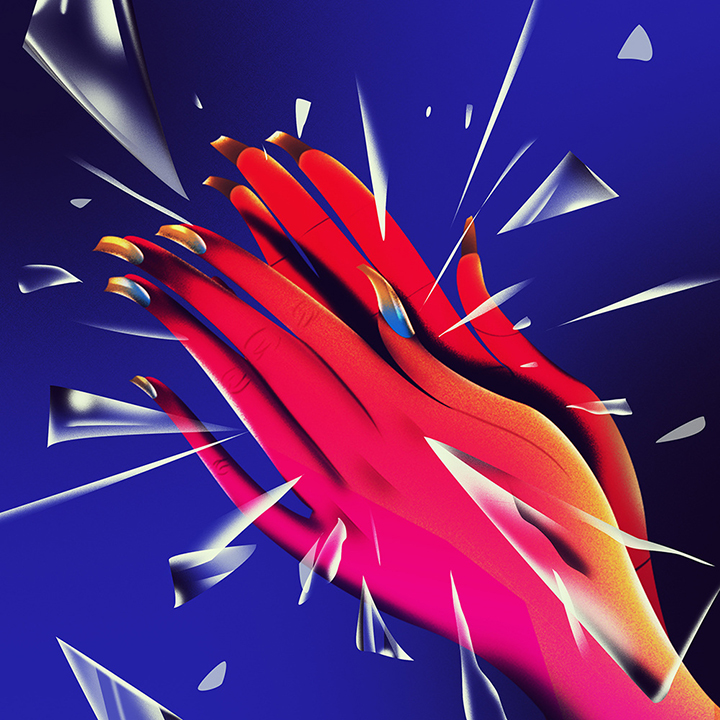 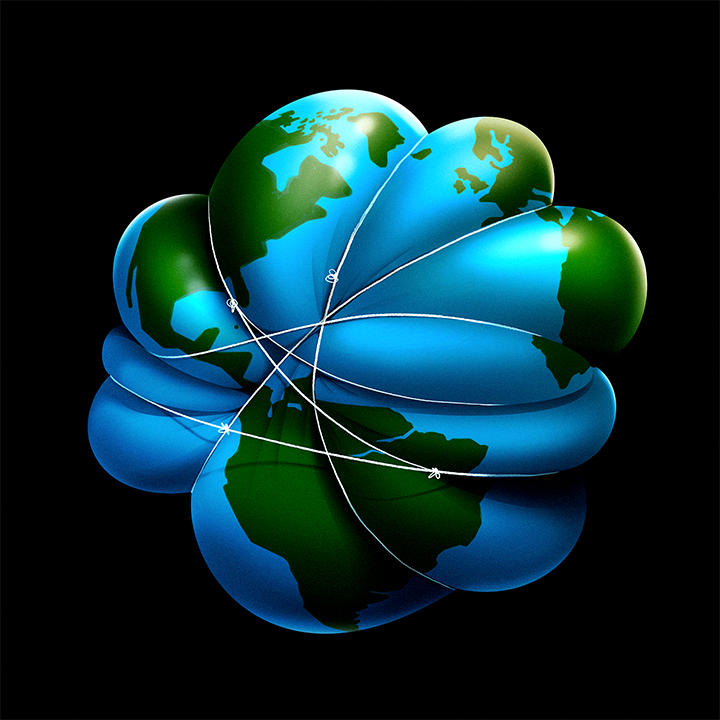 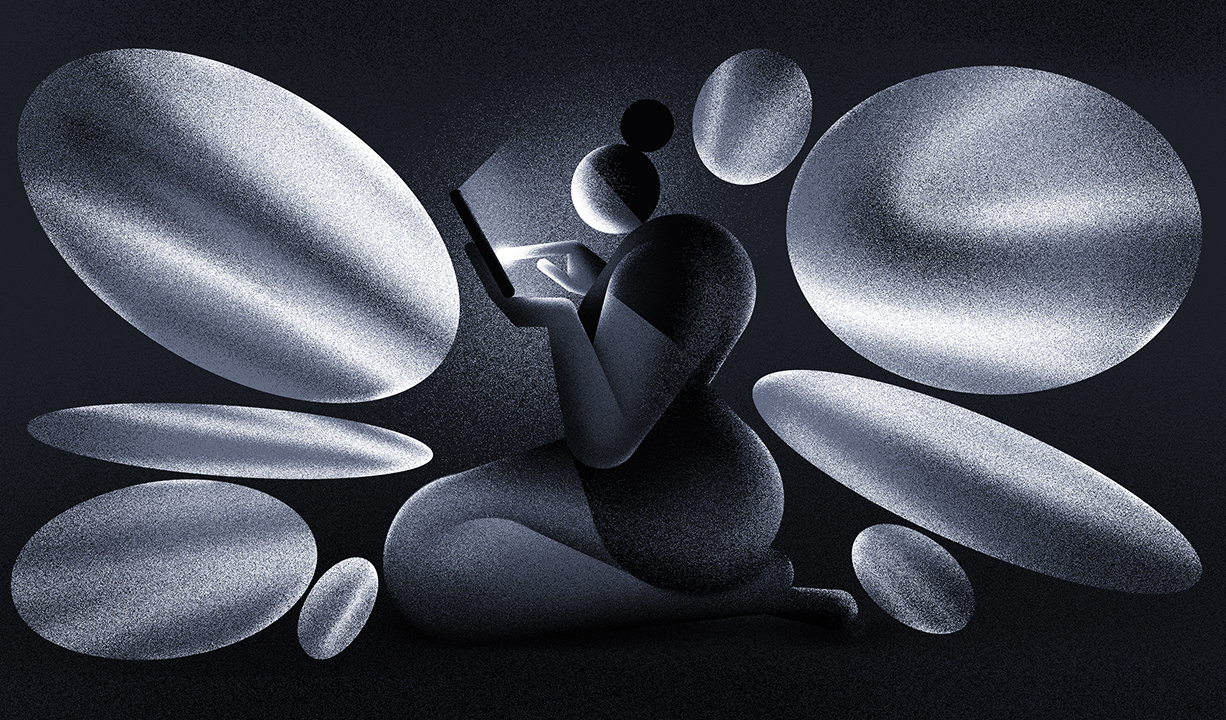 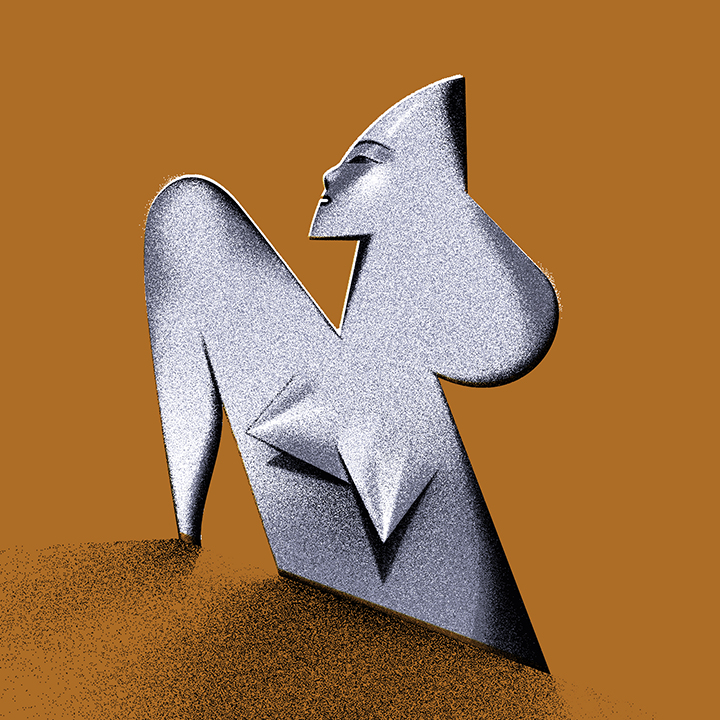 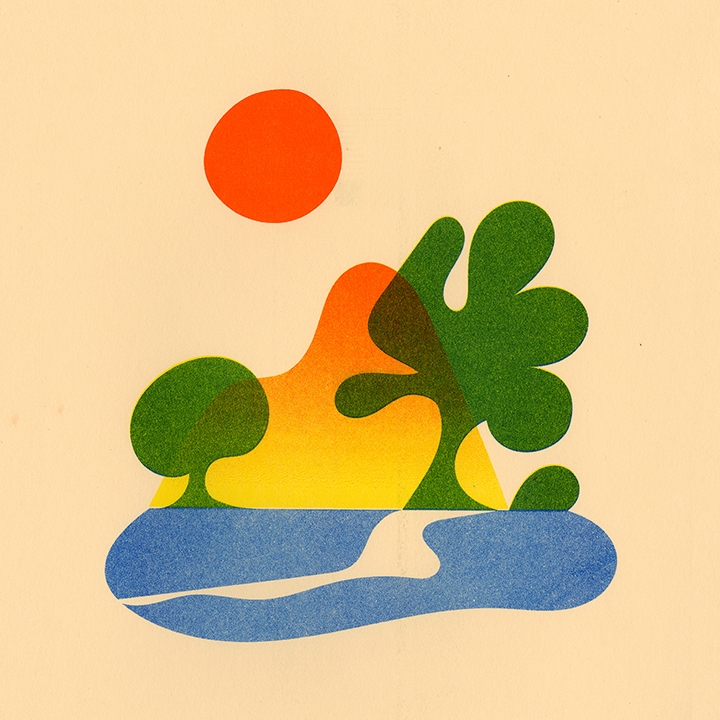 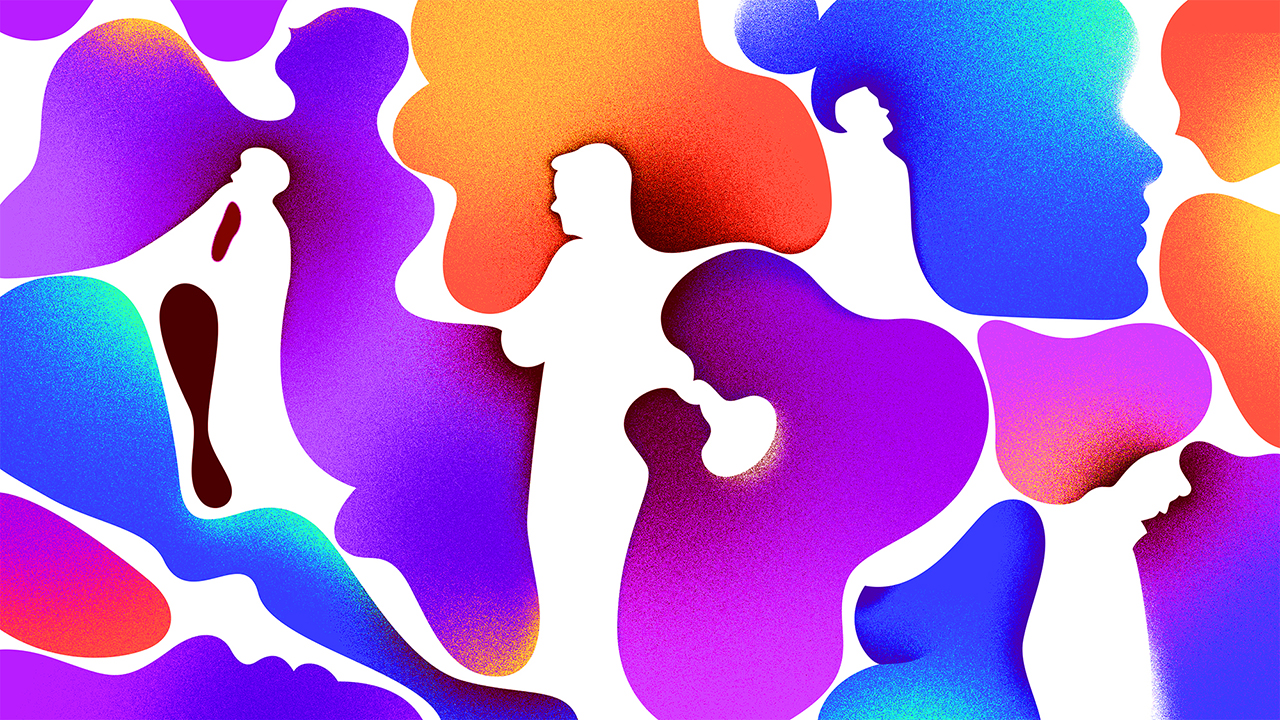 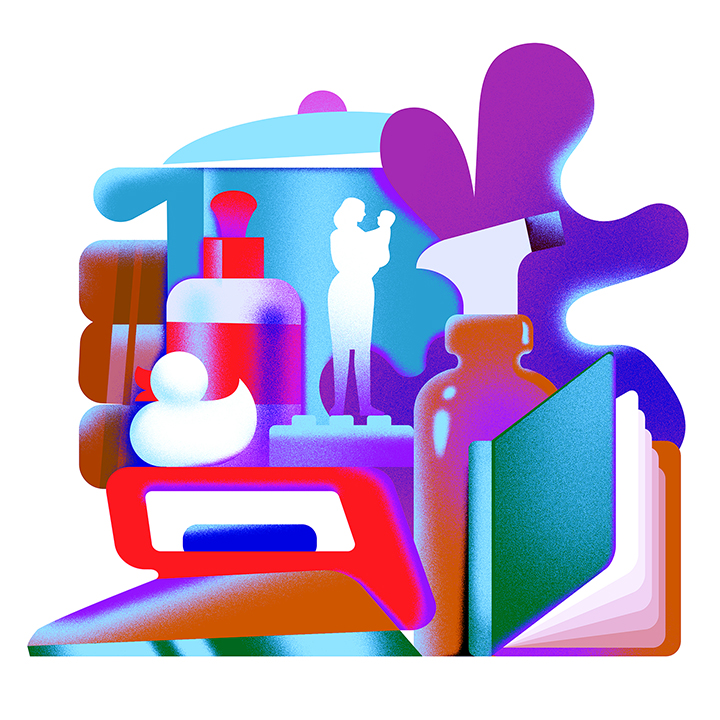 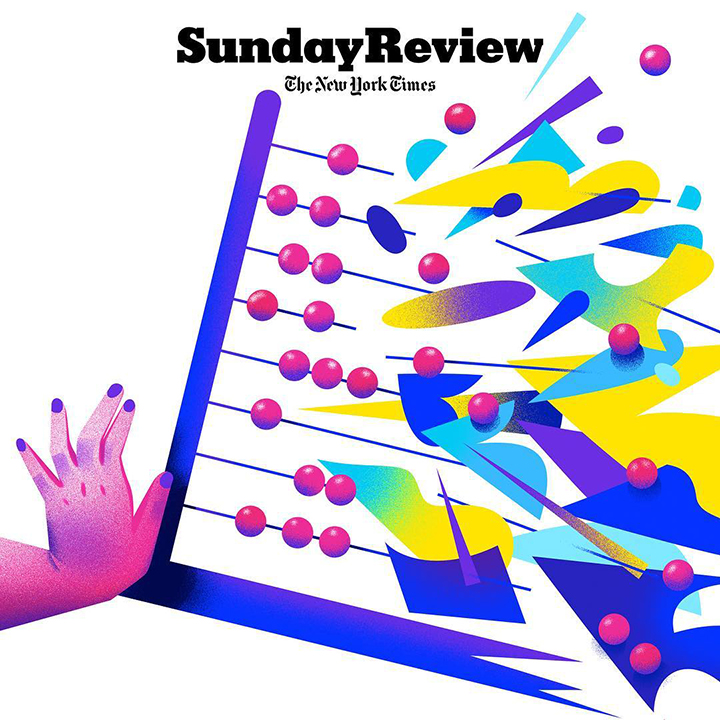 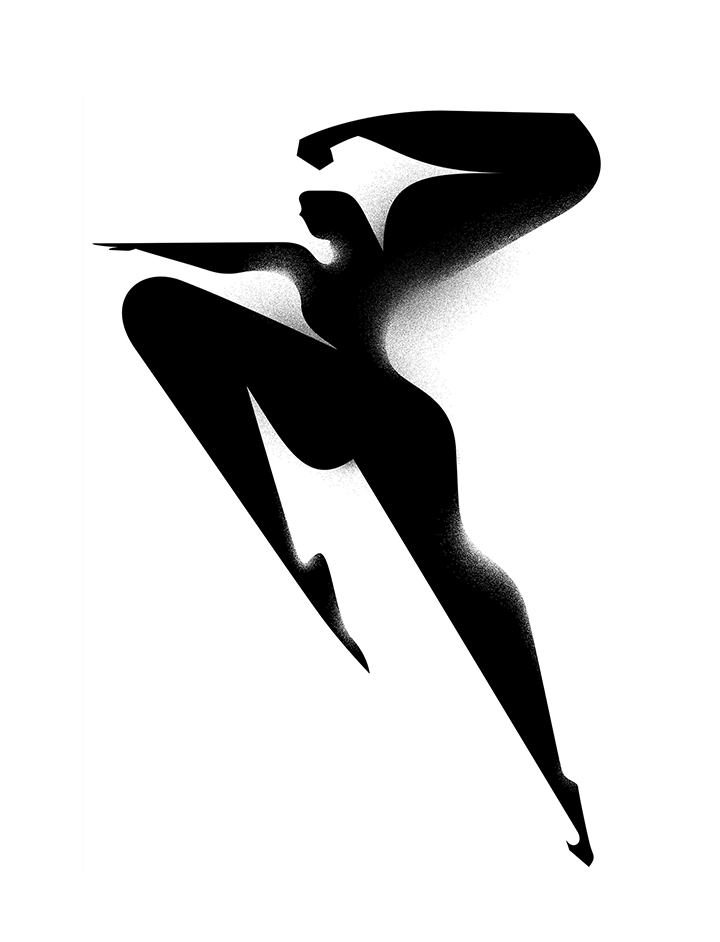 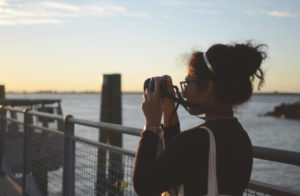 I’m an illustrator and art director based in Brooklyn.

Born and raised in Dubai, United Arab Emirates to Indian parents, I moved to the US for college, first to Columbus, Ohio and then Chicago before settling in New York. And I’ve been living here ever since.

I love drawing ladies and plants, sometimes together but often not. My work is pretty fluid, and either heavily colorful or starkly monochromatic.

I’ve been published in The New York Times, WIRED Magazine, Vanity Fair, GQ, Wall St. Journal and have worked with Google, Apple, Pitchfork, Youtube and Tumblr to name a few.

Brooklyn, New York is so multicultural. After living in the midwest for several years before moving here, I was acutely aware of that stark contrast. It’s evident in my friend groups as equally as it is in everyday dinner options.

I love drawing ladies and plants, sometimes together but often not. My work is pretty fluid, and either heavily colorful or starkly monochromatic.

Living in New York as a creative is great, there are so many of us here that it’s easy to build little support groups. And then there’s also a lot of competition too, which is motivating, but at times paralyzing too, if I take things too seriously. But there’s always something going on, gallery openings, comedy shows, plays, concerts. The flip side is being booked up every night and then wondering why you’re exhausted at the end of the week. Obviously these are great problems to have.

I was so eager to work, and still am. At the beginning I jumped at any opportunity, unpaid, poorly paid, no benefits, none of that mattered to me then. Most of those jobs led to more work in one way or another. I was also lucky having outlets like Tumblr, Twitter, Dribble, and Instagram while I was in school. It helped expose me to working professionals but also helped them discover me early on. Most of my jobs now usually come from one of those outlets.

I was so eager to work, and still am.

Yeah, my parents have always been supportive, for which I’m lucky. I come from a family of very practical and traditional career paths, so I’m sure they were apprehensive, but at the same time saw how much this work meant to me. They saw me constantly drawing, painting and making things and had faith I would figure my shit out.

I want to keep making work, the larger the better. Keep growing and collaborating more.

I want to keep making work, the larger the better. Keep growing and collaborating more.

I’m in awe of so many of my friends, and secretly want to collaborate with all of them. There’s too many to name.

The women around me are so vibrant, nurturing, insanely talented and deeply passionate. I feel lucky to have them in my life.

They also make me belly laugh, a prerequisite for friendship.

The women around me are so vibrant, nurturing, insanely talented and deeply passionate. I feel lucky to have them in my life.

In terms of local female creatives I looked up to, my mum and grandmother, are and were that for me. My mum is a big doodler, she draws the most beautiful flowers and potted plants in the corners of memo pads and newspapers. She’s wildly resourceful too, honestly, that takes quite a bit of creativity. And my grandmother was an incredible seamstress. I wasn’t old enough to learn everything, but before she passed I would get little embroidery lessons.

In terms of non-local, but heavily influential: Frida Khalo was maybe the first female artist that broke so many of my preconceptions of being an artist and a woman. It was wild to my young brain how unorthodox she was. Also, I’ve always been a huge fan of Amrit and Rabindra Kaur Singh. I discovered their work later as a teen and it made me have a greater appreciation for traditional Indian art while also exposing me to their conflicting dual identities as British Indians. That was pretty significant, as I had never considered my own compartmentalizations before.

Oh yes, in white cis male-dominated spaces (which is maybe all of them) it’s rare to find mentors. I say rare, but not impossible. Over the years I’ve found my people, but it was something I struggled with early on. It’s crazy because little things like that have compounding effects on people’s careers.