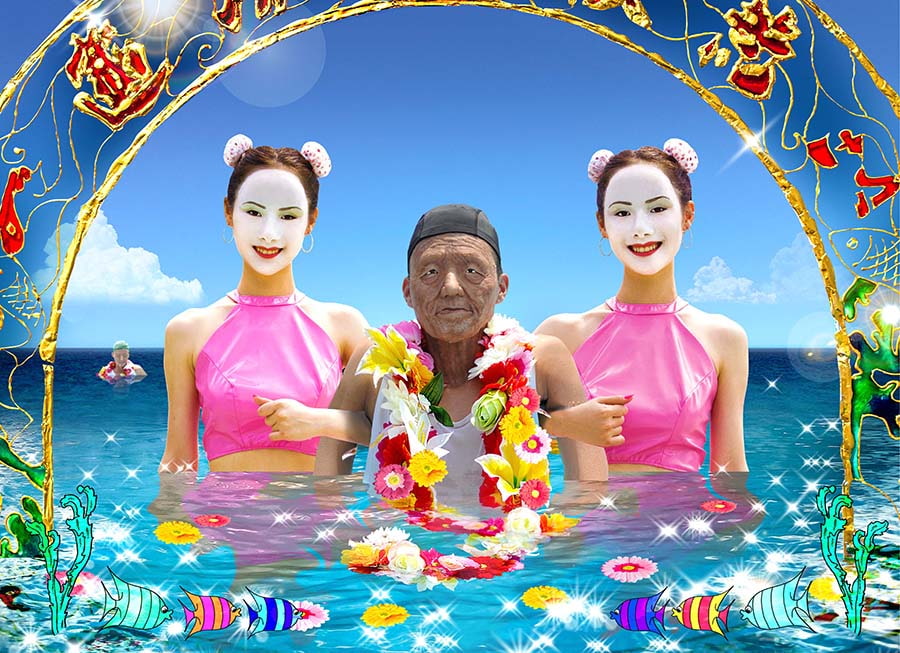 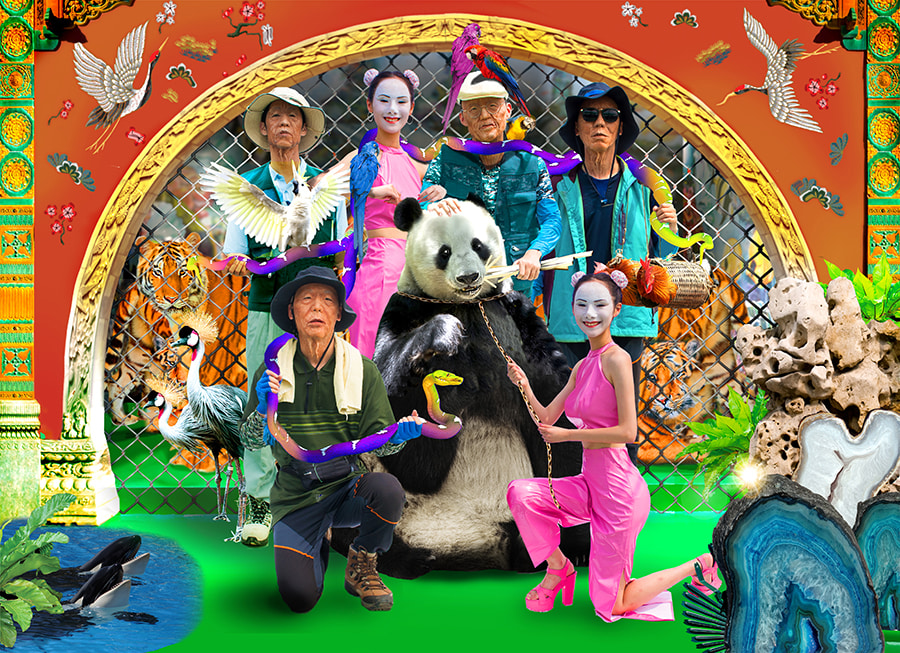 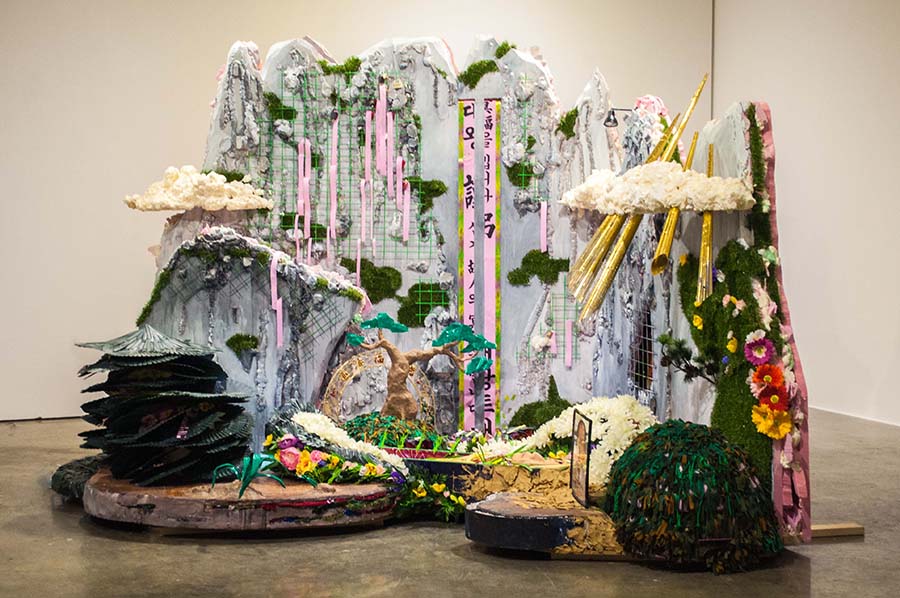 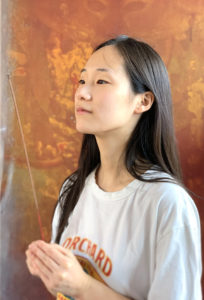 I’m a visual artist based in Seoul. I’m interested in the interactions between the locality and materiality of Korea. I attempt to capture the black comedy that is life in Korea through images and installation art. Recently, I have been creating a series of artworks involving a princess character called “Cherry Jang,” and currently I am working on  “Big King Travel,” a work based on an imaginary eastern travel company.

I was born and grew up in Seoul, but the city seems more unfamiliar the more time passes. Seoul is a city obsessed with the “new,” making the city more and more unrecognizable to me by the day. As a consequence of the obsession with the new and trendy in Seoul, I find that I also end up participating in the war between “trend chasers” and “trend makers.” If possible, I want to avoid this kind of thing, but it is not easy.

I’m interested in the interactions between the locality and materiality of Korea. I attempt to capture the black comedy that is life in Korea through images and installation art.

The good: In always-changing Seoul, if you have a transit card, a delivery food app on your phone, and an account with an online shopping mall offering same-day delivery (and money), you can solve almost any problem quickly.

In Seoul, there is this large market called “Eulji-ro” where artists working in installation art or sculpture can buy all kinds of materials, from lumber to motors. After listening to friends who have done work abroad talk about how difficult it can be to get supplies, I realized how convenient Eulji-ro is. Recently, however, the Seoul city government is trying to bulldoze the area under the pretext of revitalizing run-down neighborhoods. A good number of artists are speaking out against this.

The bad: There are too many people. You can’t help but bump into people while walking down the street. Just today I bet I ran into five or six people. Of course, I enjoy being around people, but sometimes you just want your own physical space and it can be hard to escape from the crowds. So, these days I’m just looking up at the sky when I walk.

There are lots of kids who “have an aptitude for art,” but I was lucky enough to also have parents who supported me financially, which allowed me to major in art (especially considering how much money it costs to do fine art).

I remember that in high school I really had no intention of doing art, but some fellow students who kind of studied art would brag that they were going to be “artists.” I wanted part of the action, so I remember saying something like, “Hey punks, I’m going to be an artist, too!” I got lucky and in university, I made friends who had similar sensibilities to mine, and things have gone well from there. If it weren’t for my friends, around now I probably would have stopped doing art and started working a different job. Maybe If I did, I would love art a little more…

The ability to get feedback on projects I’m working on is a big source of momentum for me, and they give me a lot of support and encouragement.

Most of my friends are artists like myself, so we often get together and offer each other feedback. The ability to get feedback on projects I’m working on is a big source of momentum for me, and they give me a lot of support and encouragement. In particular, I have gotten a lot of help from two friends and fellow visual artists, Minki Hong and Kim Chae-young.

My parents, however, seem to want me to quit art as soon as possible and take over the family business. Hearing that makes me sort of upset and uneasy, but on the other hand, it also feels like a pretty reasonable choice (considering how hard it is to make money as an artist). Anyways, for the moment I am seeking a sensible middle ground.

I hope that for me and the friends I love, we can resist being swept up by all the noise, and just keep making art. But honestly, for that to all work out, you need to have money. With money, you don’t need to appeal to people’s sincerity or exhaust one’s emotional reservoir to get what you want. So, I would like to become wealthy and create an environment with better conditions under which my friends and I can work.

I hope that for me and the friends I love, we can resist being swept up by all the noise, and just keep making art.

This year I collaborated with the collective 업체eobchae and an artist named HWI, which was a great experience. Honestly, I was a little worried that I’ve never done collaboration before, but they really brought out my creativity, which resulted in us being able to create some great work. As a fellow artist, I was consistently blown away by their amazing energy and artistic sensibilities.

Recently I have had thought about working with other female artists from countries belonging to the Confucian cultural sphere. And what do you know, I got contacted by Girlsclub Asia, which was exciting. Personally, I am interested in exploring the intersection of how Confucianism intervenes in Koreans women’s lives and the lives of women in other Confucian-influenced countries.

Honestly, I wasn’t too aware of the other women around me when I was in college. Suddenly, after I started my adult life after college, I was so thankful for all the loving support and interest I was getting from other older female artists. I still remember all the messages of support I got from older women who graduated ahead of me around the time of my graduate exhibition. I hope that one day I can properly repay them for that.

Most of my role models I find from my surroundings. My fellow artists and older women I went to school with have all been role models for me. I feel so thankful to now be active in the same scene as them.

Thanks to the effects of the Me Too movement in the Korean art world, things have improved compared to the past. Just a few years ago, I also encountered a couple of men who made unfair sexual demands on the pretext of arranging an art exhibition. I think especially for young aspiring artists, it was easier to find yourself in that kind of situation. However, it seems these kind of things are improving, and I am so thankful for female artists who came before me and fought for their rights as women.

I would like to become someone that doesn’t “just” does art, but “also” does art in addition to other things.

I haven’t been active in the art world for that long so I don’t really think I am in a position to give advice, and I honestly don’t like getting advice from others. But, if I were to give myself advice, by next year I would like to become someone that doesn’t “just” does art, but “also” does art in addition to other things.