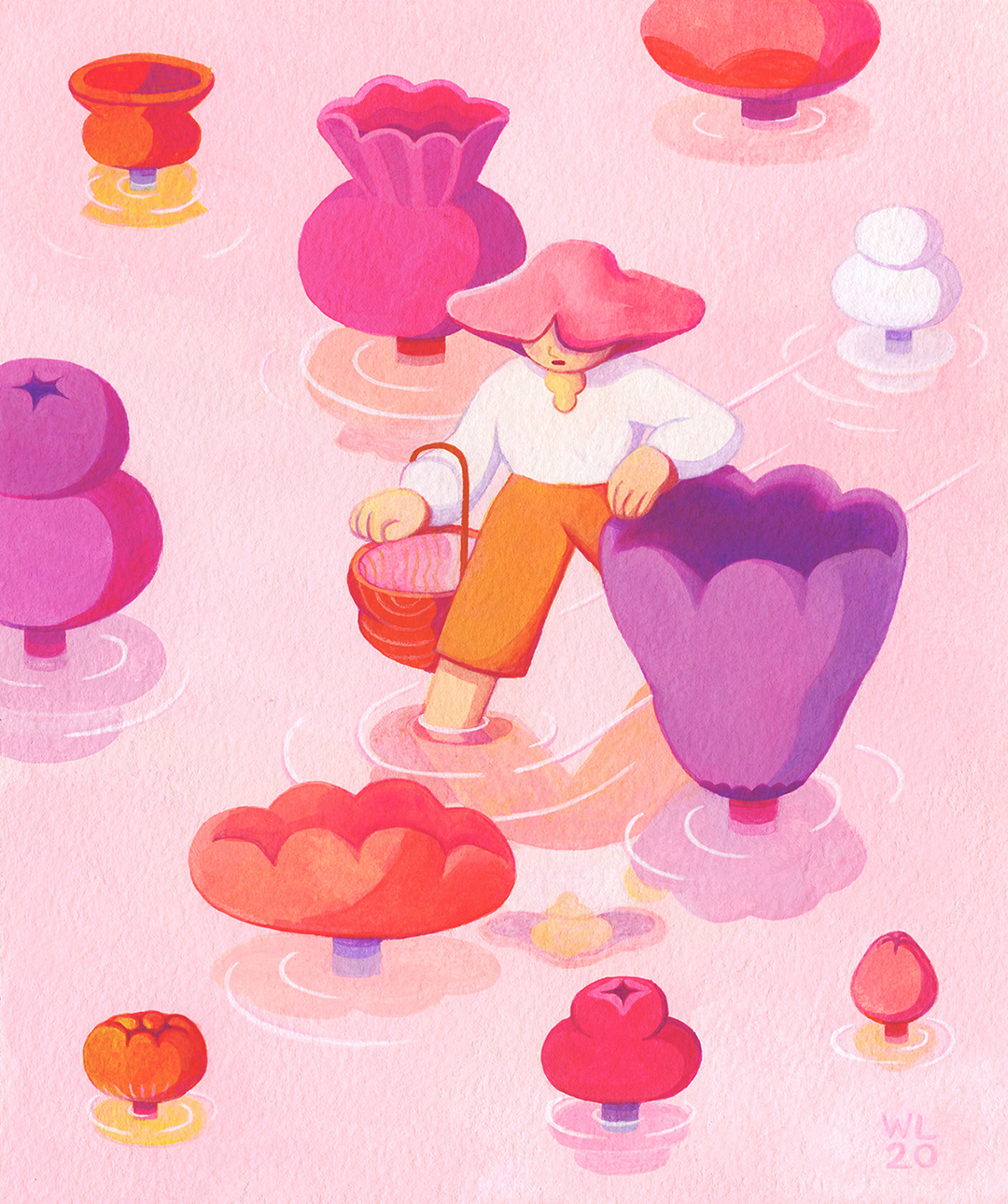 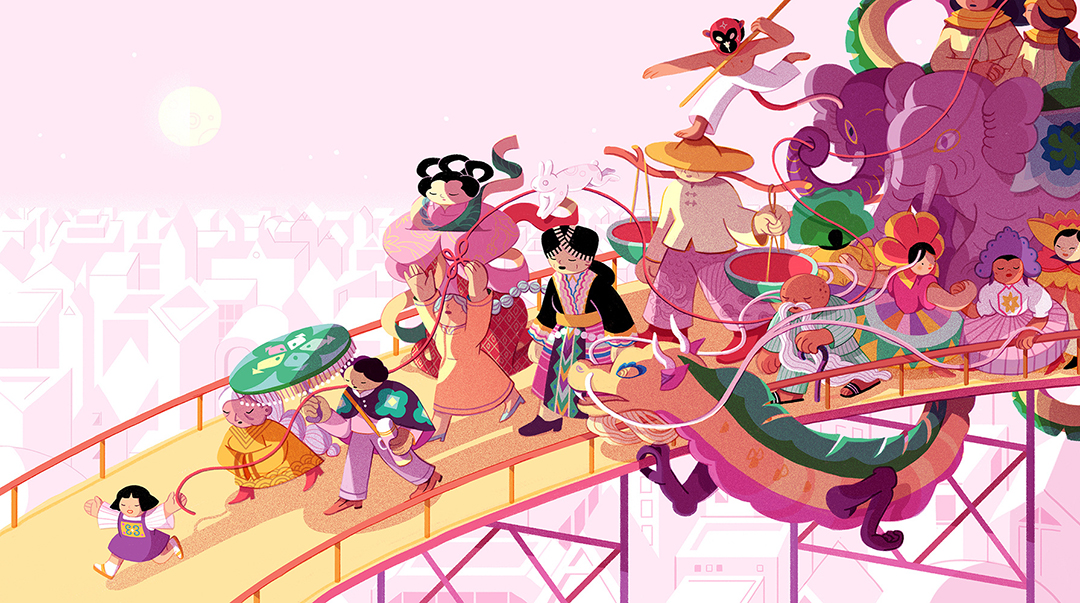 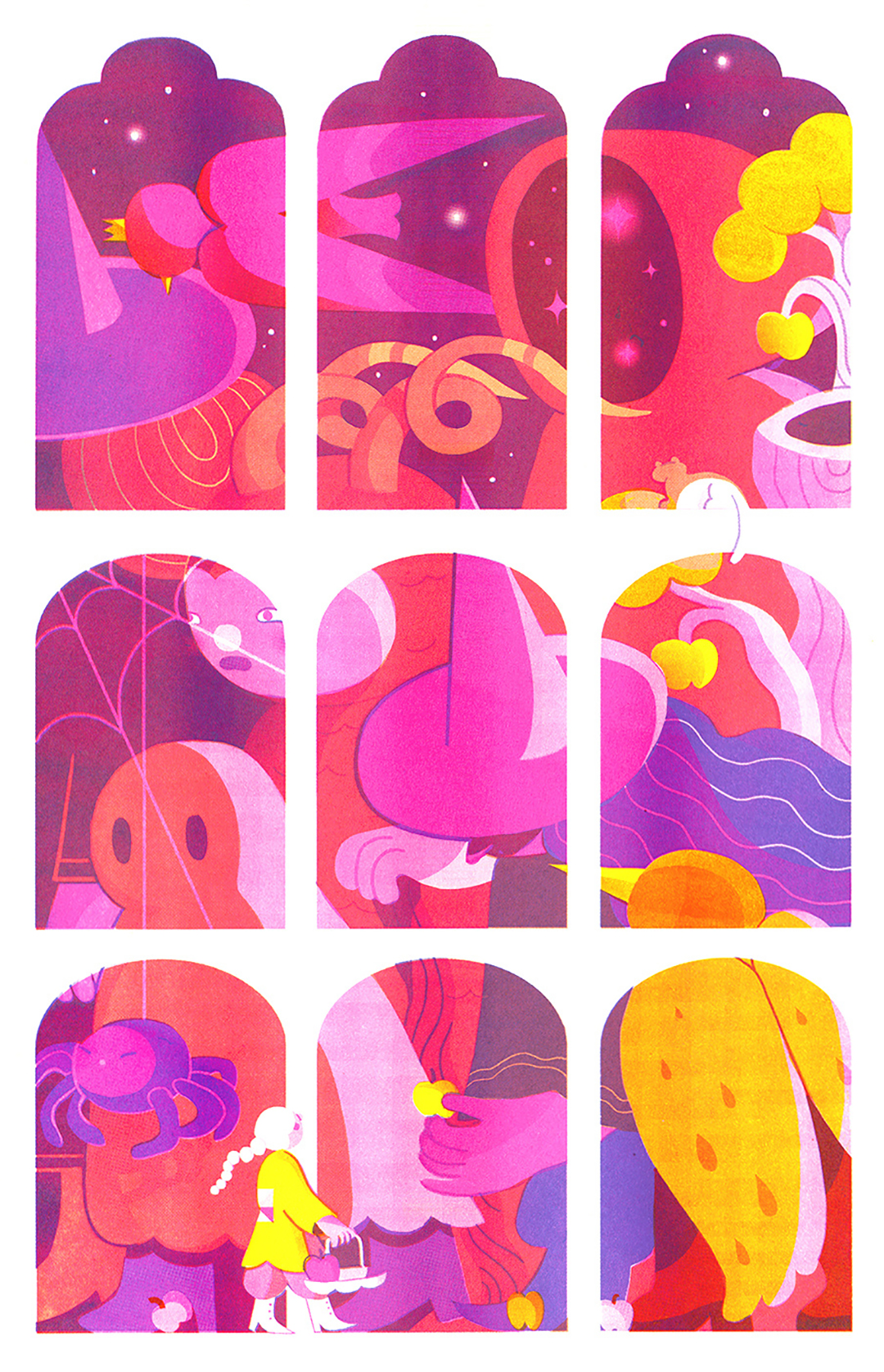 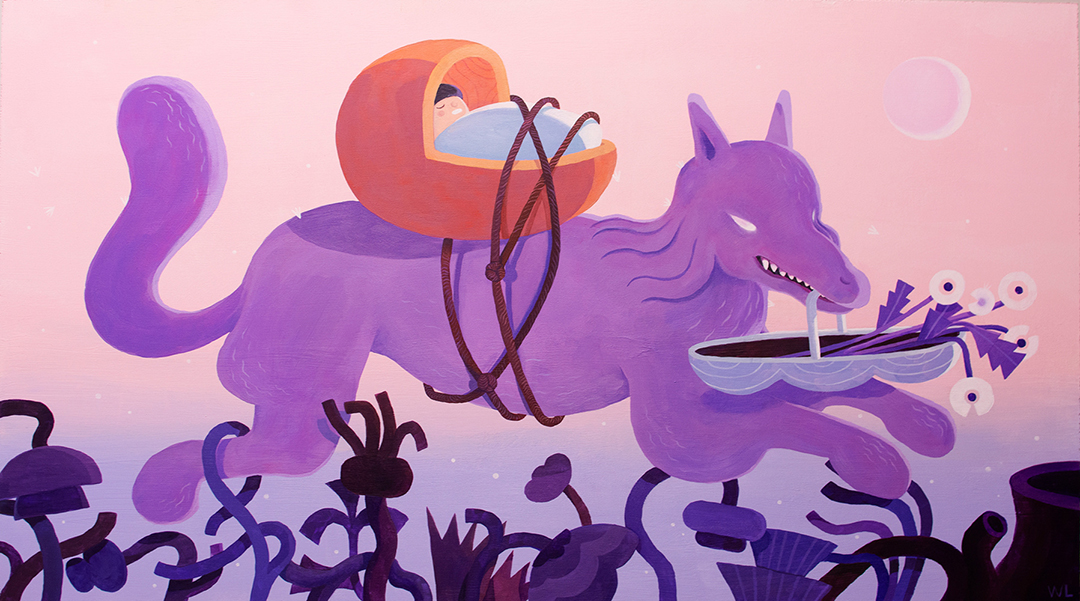 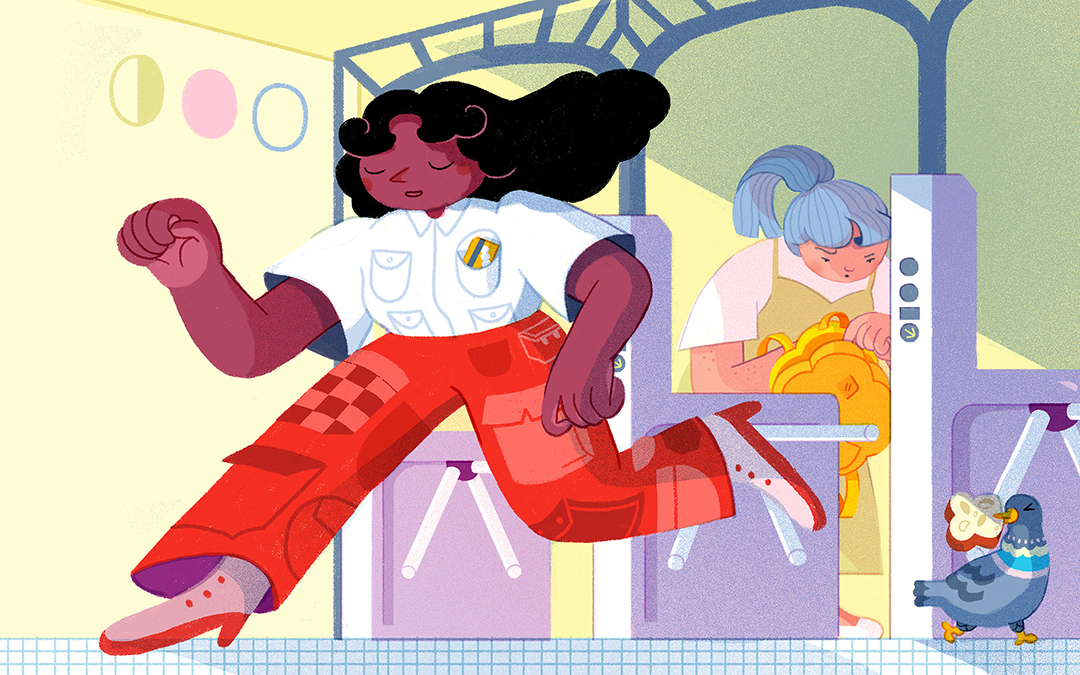 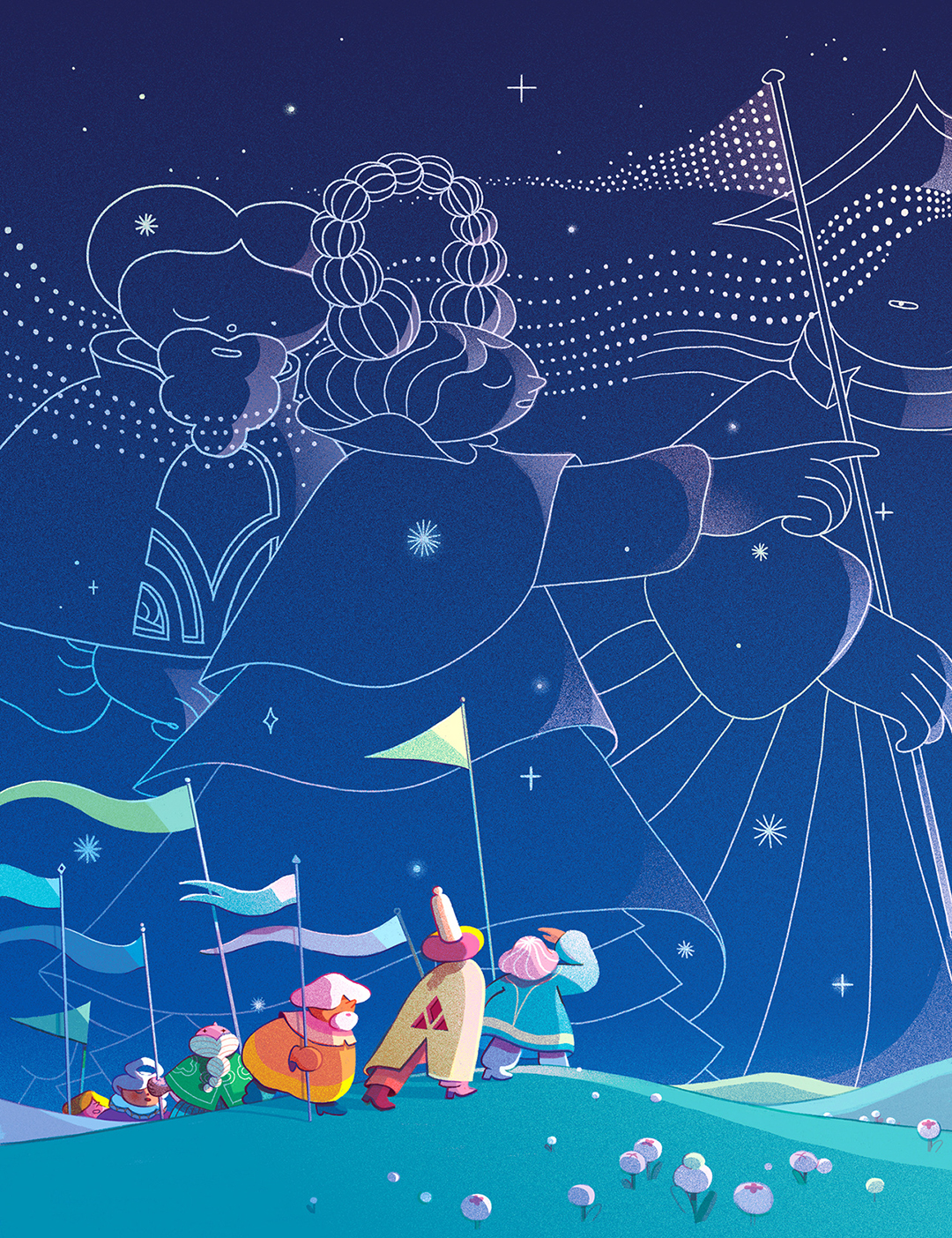 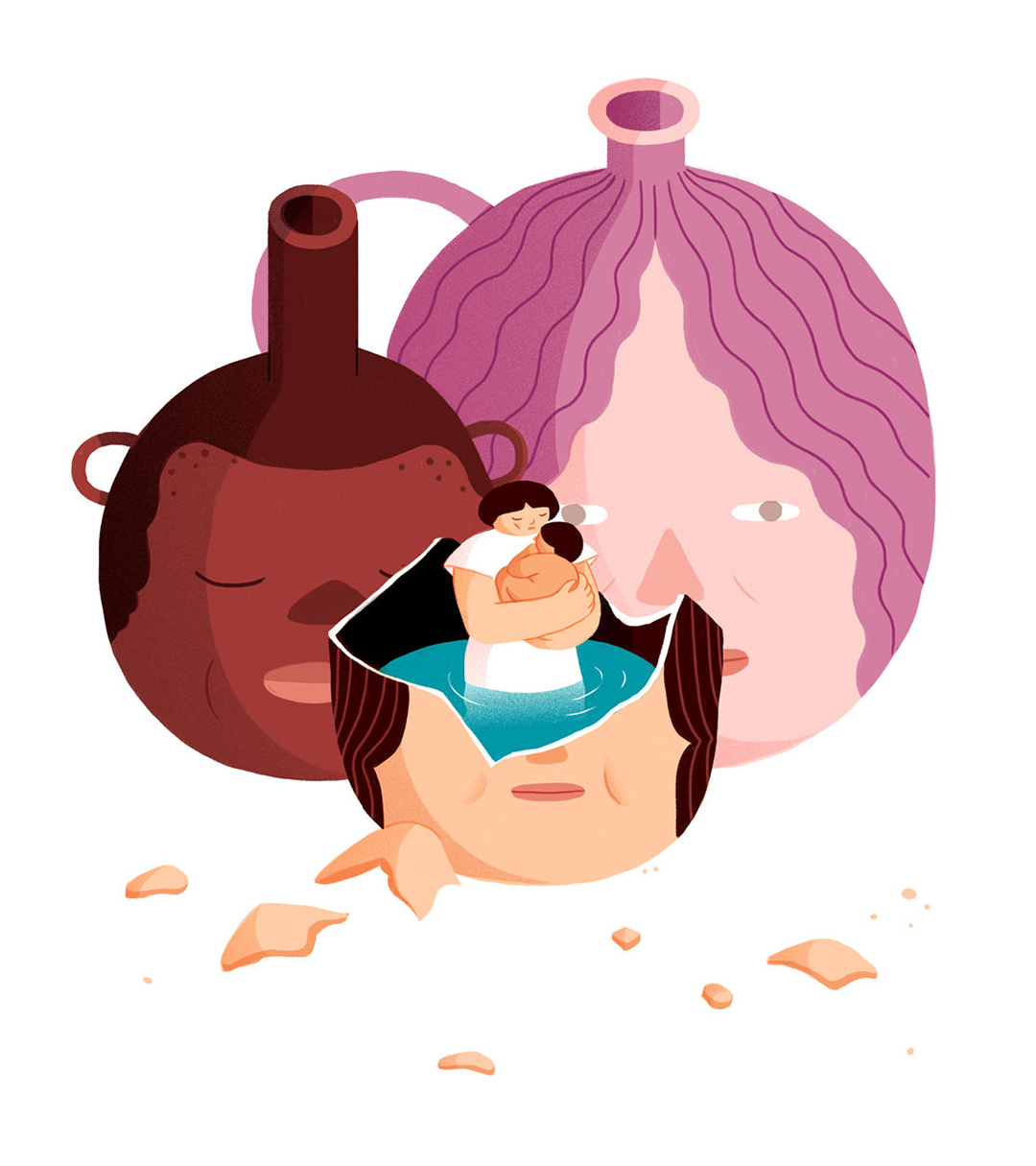 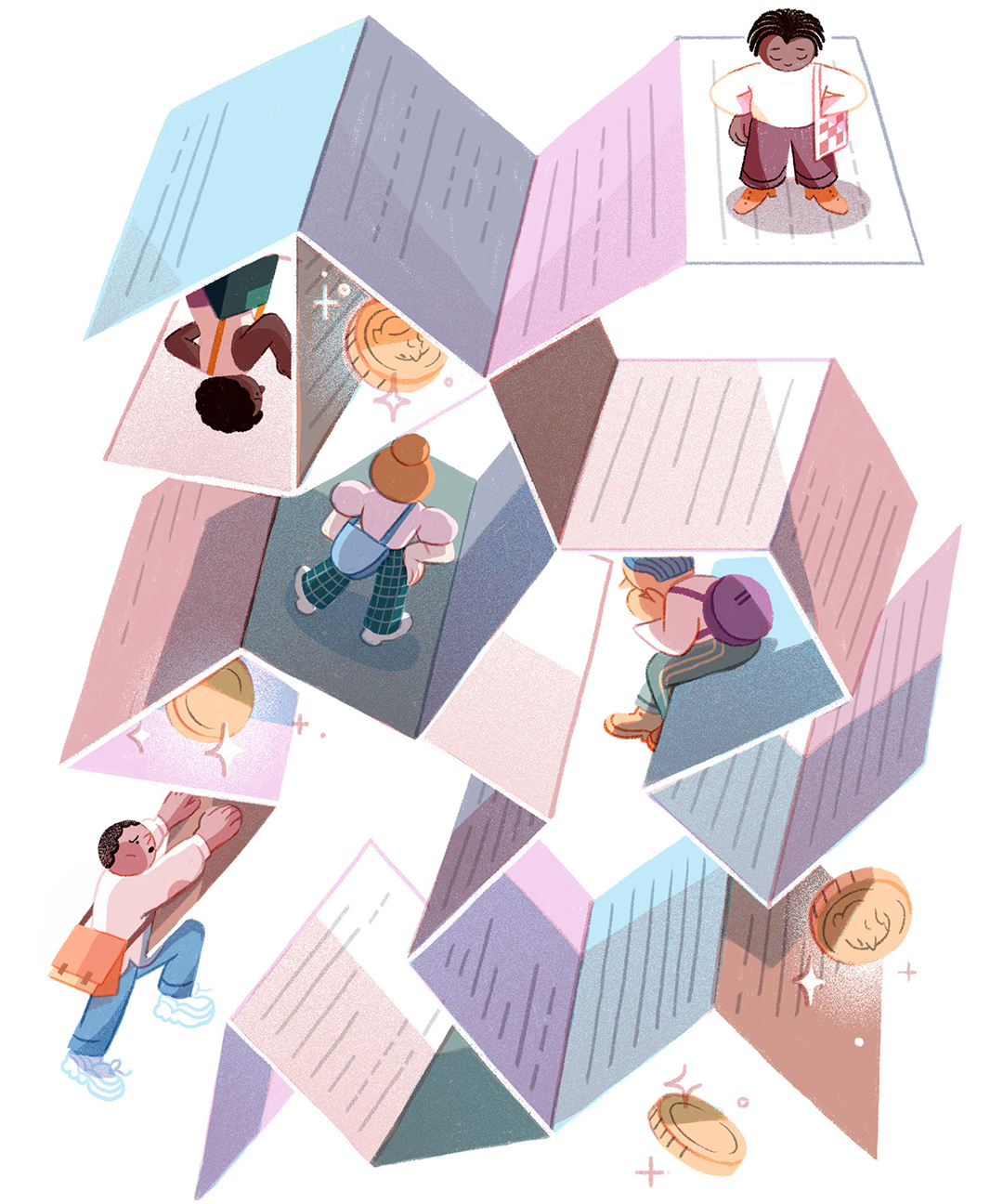 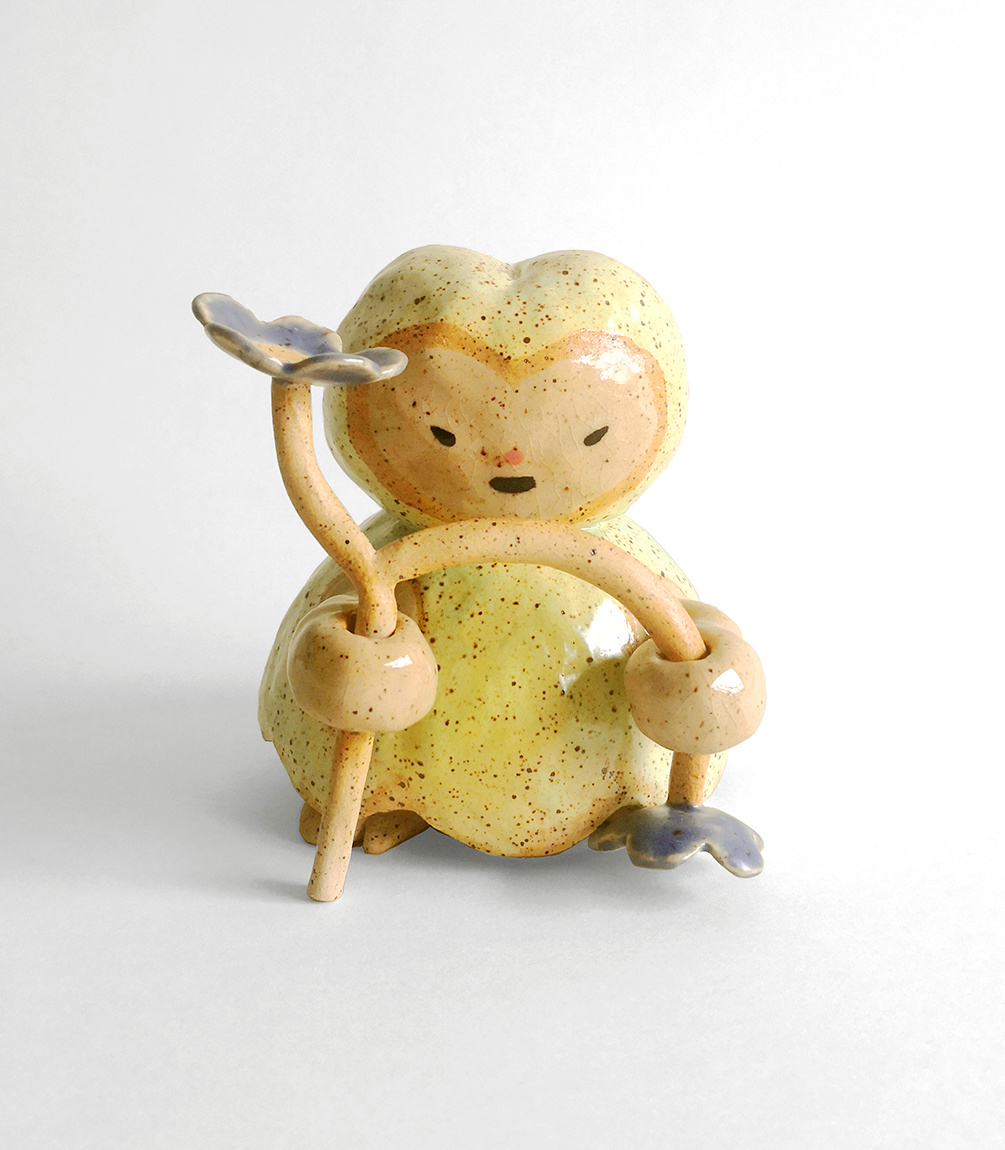 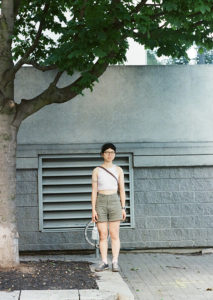 Hi! I’m Wenting, and I work as a freelance illustrator in Toronto/ Tkaronto, Canada. I was born in Sichuan, in southwest China, where all of my family except my parents still live. Though I tend to forget the time when drawing at my studio, I’m also an obsessive reader, late-night baker, and love spending time in wild spaces thanks to childhood summers spent hiking in national parks with my parents.

Toronto is the city I always dreamed about as a kid in the suburbs, but of course, as an adult, it’s a love affair complicated by issues of unaffordability & gentrification in neighbourhoods such as Chinatown, among so many others. But it’s still also a city of artist-run galleries (Xpace; Hearth), excellent book stores (the Beguiling; Type), and astoundingly green spots like the Don Valley & lesser-known Spit.

Toronto is the city I always dreamed about as a kid in the suburbs, but of course, as an adult, it’s a love affair complicated by issues of unaffordability & gentrification in neighbourhoods such as Chinatown, among so many others.

My favourite thing is how close distances can be in Toronto when biking is an option – being somewhere takes a few minutes, rather than an hour in the suburbs. Space, even longer distances, means something very different and that’s exciting to me about biking or walking through this and other cities. The worst thing is going to art gallery openings in winter (where to stow your parka?), and seeing how the city constantly presents a price and a barrier against who can live comfortably and equitably here.

Making a living was really important to the mindset I was raised in, so I tried to centre my career in how I approached art school – maybe to my detriment since being a student is equally about experimentation and creative failure. Having cold-emailed my portfolio to Art Directors while in school, and helped by a professor who passed my name to 2 big name ADs, I graduated with a steady if miniscule stream of work. I then spent the year after graduation working out of a downtown studio space through the support of OCAD, shared with 3 other illustration grads & friends (I still share space with Kendra today). Meanwhile, I worked retail, steadily emailed a couple hundred more ADs, got involved with public mural painting, took some midnight buses to local zine fairs around the US, and had an obsession with constantly working that I think has become healthier over time. Currently, I work as a full-time illustrator, an outcome that isn’t necessarily common or expected – I have benefited enormously from my family and social privileges, not just luck.

Currently, I work as a full-time illustrator, an outcome that isn’t necessarily common or expected – I have benefited enormously from my family and social privileges, not just luck.

My parents have very traditional values and having struggled for economic security, they value it highly as a measure of happiness. So my decisions were very counterintuitive for them. I think my family trust now that I know my own path, or at least are no longer as concerned that art is mutually exclusive to happiness.

On the small scale, I’d love to do more personal, experimental work, and carry around my sketchbook as much as I used to do and with the same excitement to put something everything down. Career-wise, I want to more seriously explore publishing & children’s books, work on a longer-form personal comics project, paint larger-scale public murals. I’d also love to find more ways that feel right to me, for my work to aid activism or provide mentorship.

I’d also love to find more ways that feel right to me, for my work to aid activism or provide mentorship.

My maternal grandmother came to visit Canada exactly once when I was 6, and tried to teach me traditional Chinese brush painting. I don’t know what we’d do together today, but I think we could do better than the time I accidentally dropped her brush off the balcony & into the superintendent’s yard.

The deepest listeners, my favourite people to talk to.

The deepest listeners, my favourite people to talk to.

In high school, I really admired my creative writing and English teachers. I wasn’t conscious of them as women, but as people who seemed to see beyond the surface view of the world.

I see the challenge in being female in the how I can lack confidence and expectation when quoting/ budgeting for projects, often settling for less in a contract negotiation or budget where male counterparts can have an inherent belief and expectation of baseline compensation. I feel like the social conditioning of being encouraged to always put myself toward the back of a line can also trickle down into how comfortable I feel advocating for myself, or taking up space professionally in spaces such as galleries, or even zine fairs. This can also be part of the general need for reassurance, feedback and validation that plagues many illustrators.

Being an illustrator also means being in a community of peers, often other women, who I have found to be the most generous with their time, knowledge, and encouragement. Forums, some of them private & exclusive to women and non-binary illustrators, are also helpful resources that can help spread knowledge of who & what to be wary of as a non-cis-male member of the community. And public resources like litebox are making rates less opaque.

Try not to keep to the back of the line; try and bring others with you. And don’t forget to draw for yourself some of the time!

Illustration can mean many things, and there is no fixed marker of where your career should gravitate toward. If you’re in art school and not excited by the work you’re doing, try reaching out to people who are doing work that is exciting to you. Often those in your local community who don’t explicitly state that they can’t take on individual student questions will be more generous with their time and knowledge than you may expect (don’t forget to write a thank you note). Try not to keep to the back of the line; try and bring others with you. And don’t forget to draw for yourself some of the time!