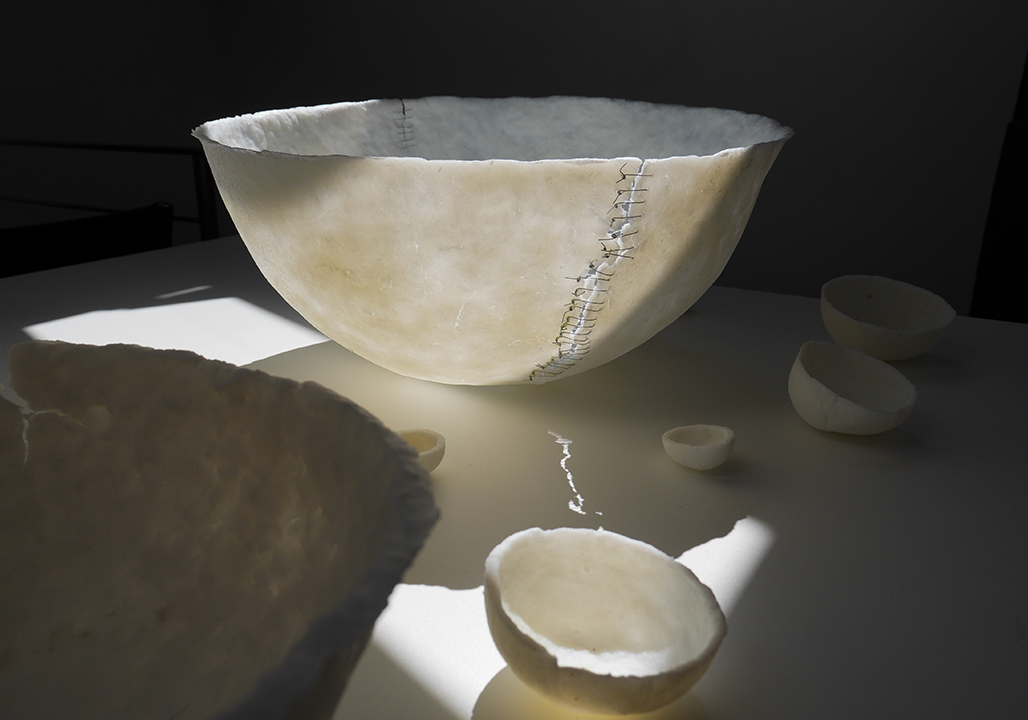 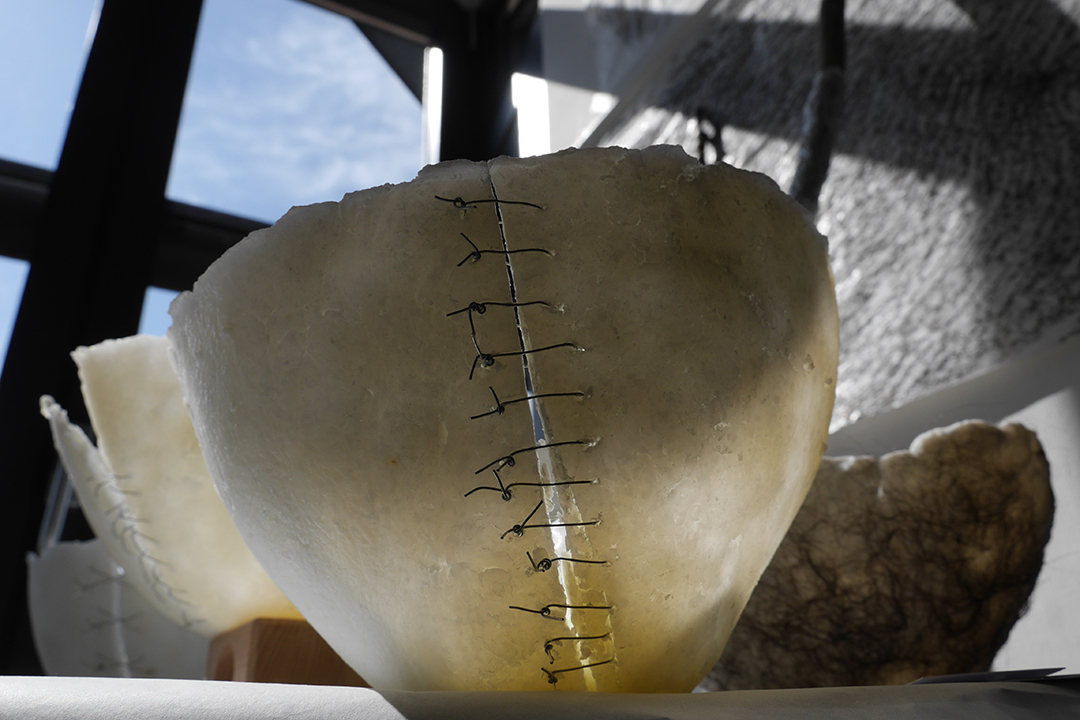 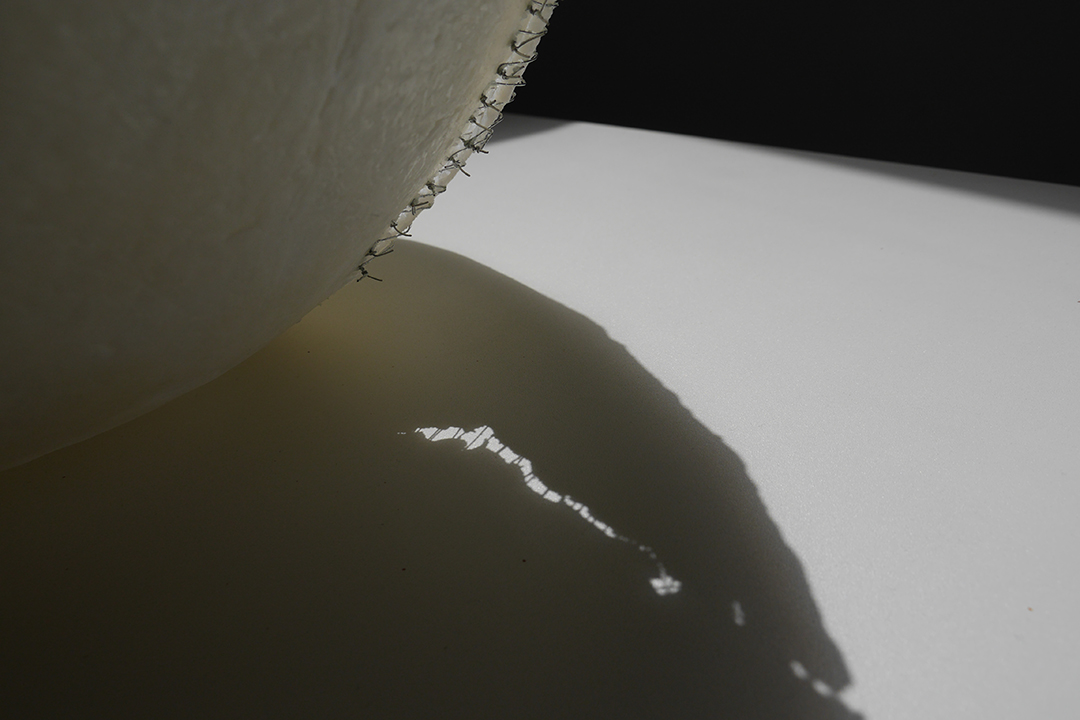 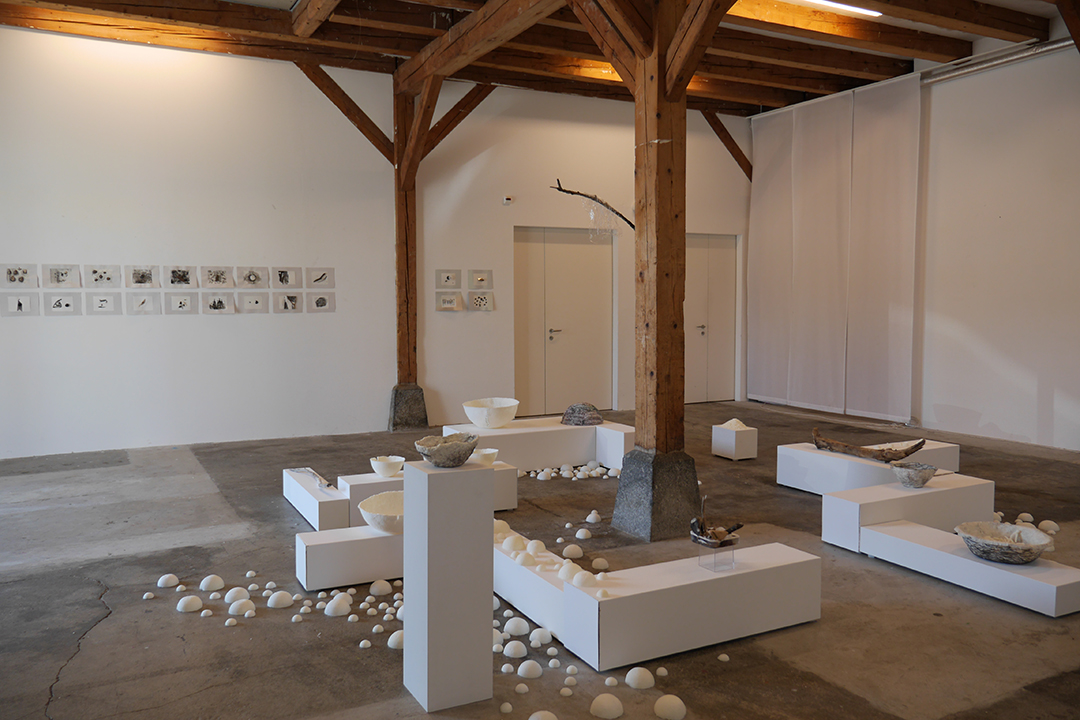 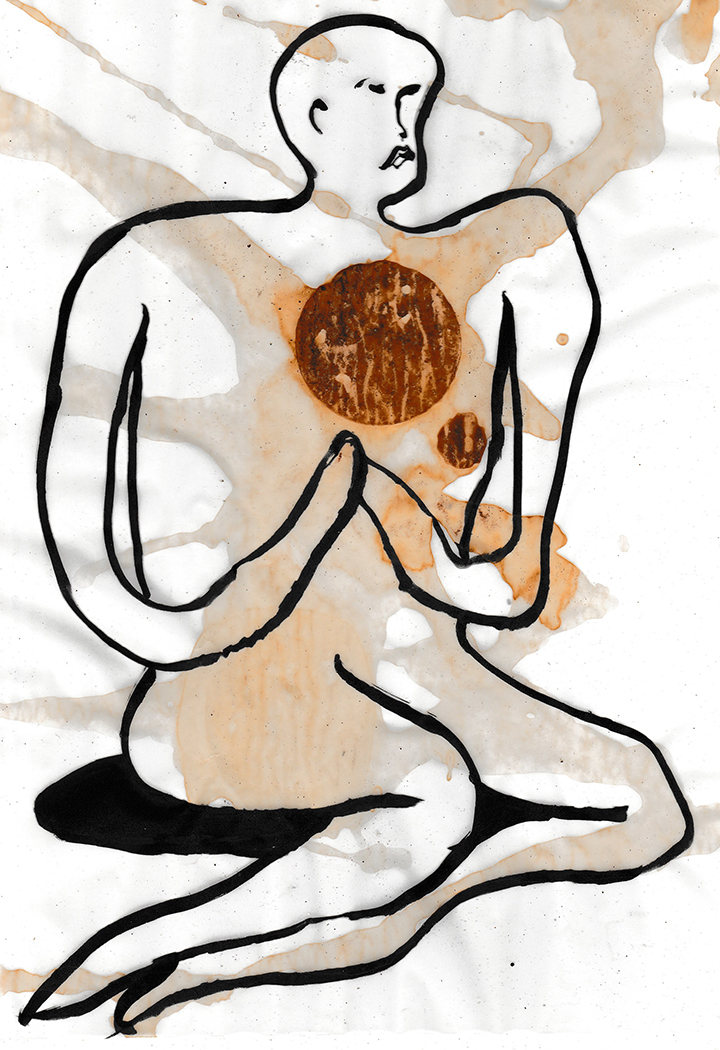 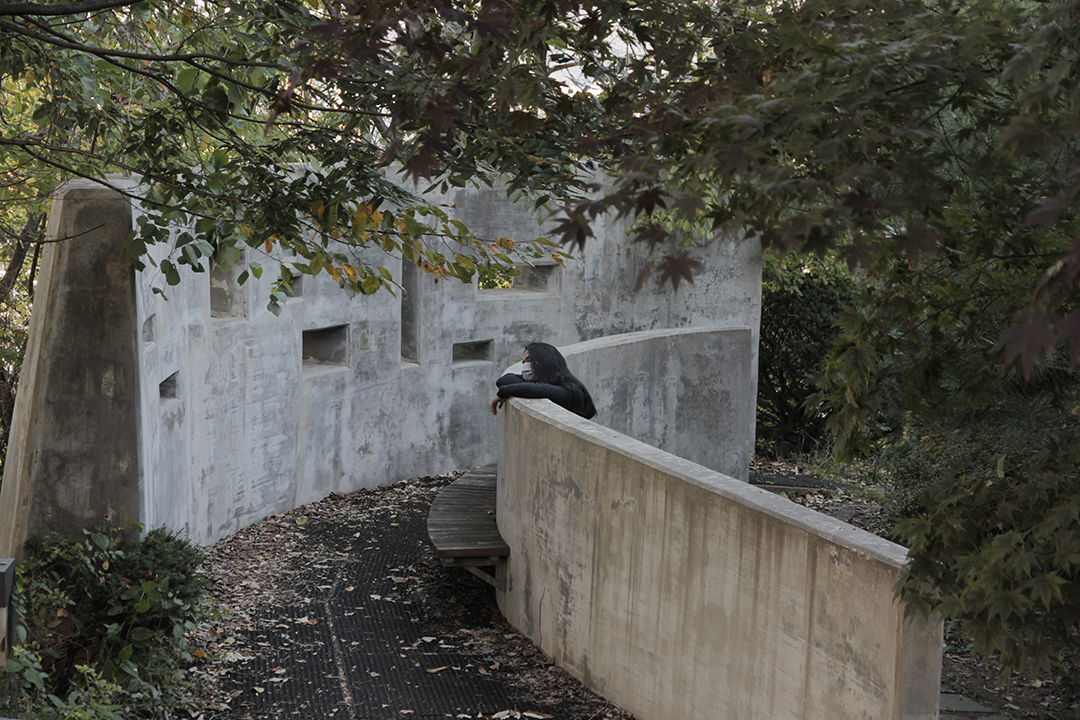 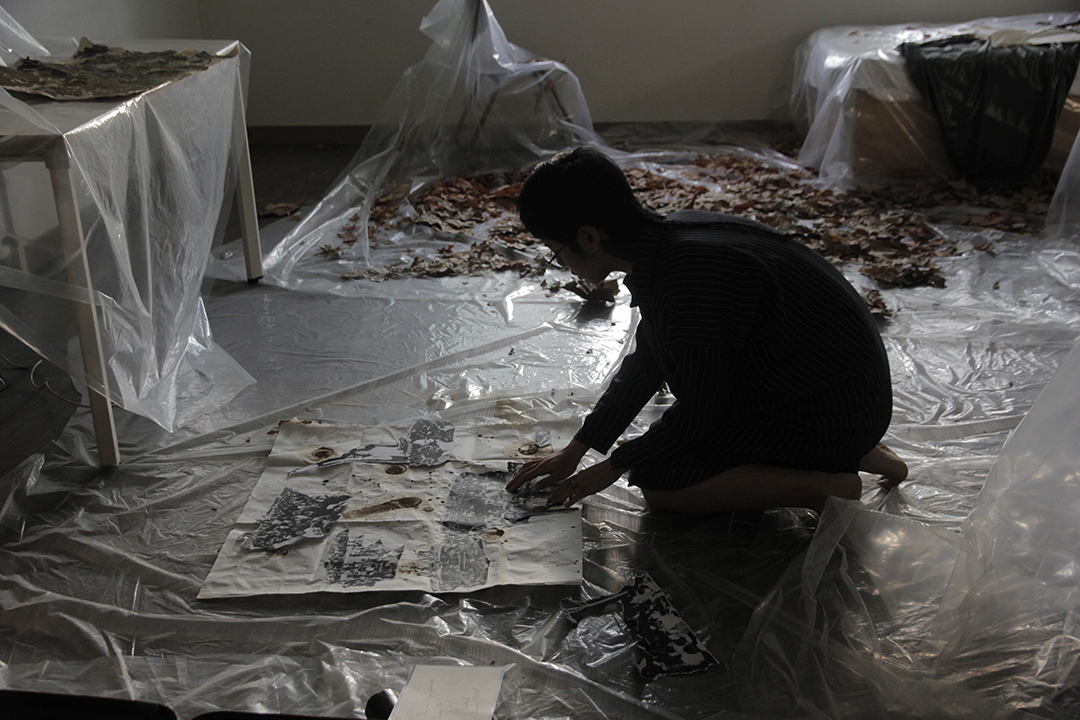 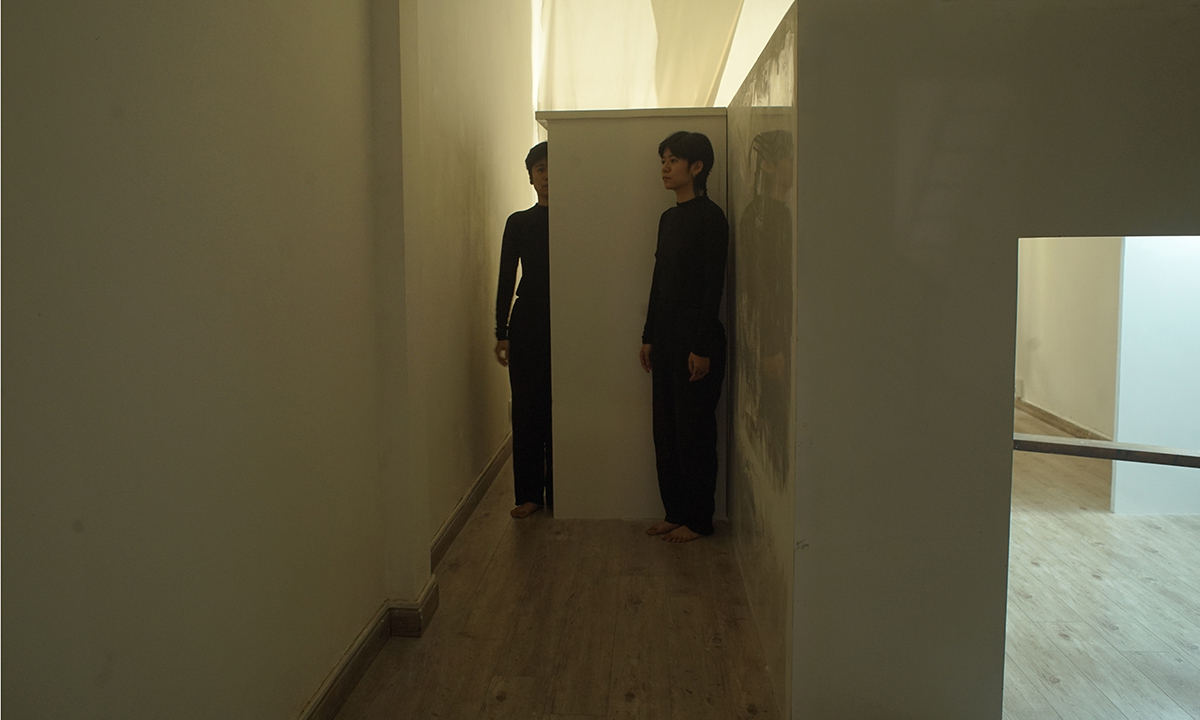 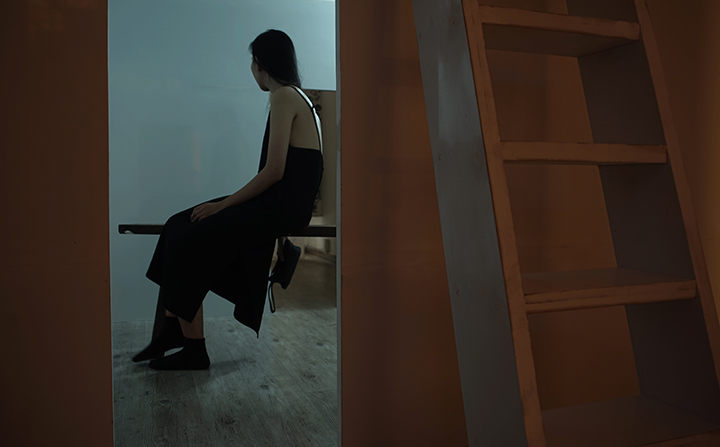 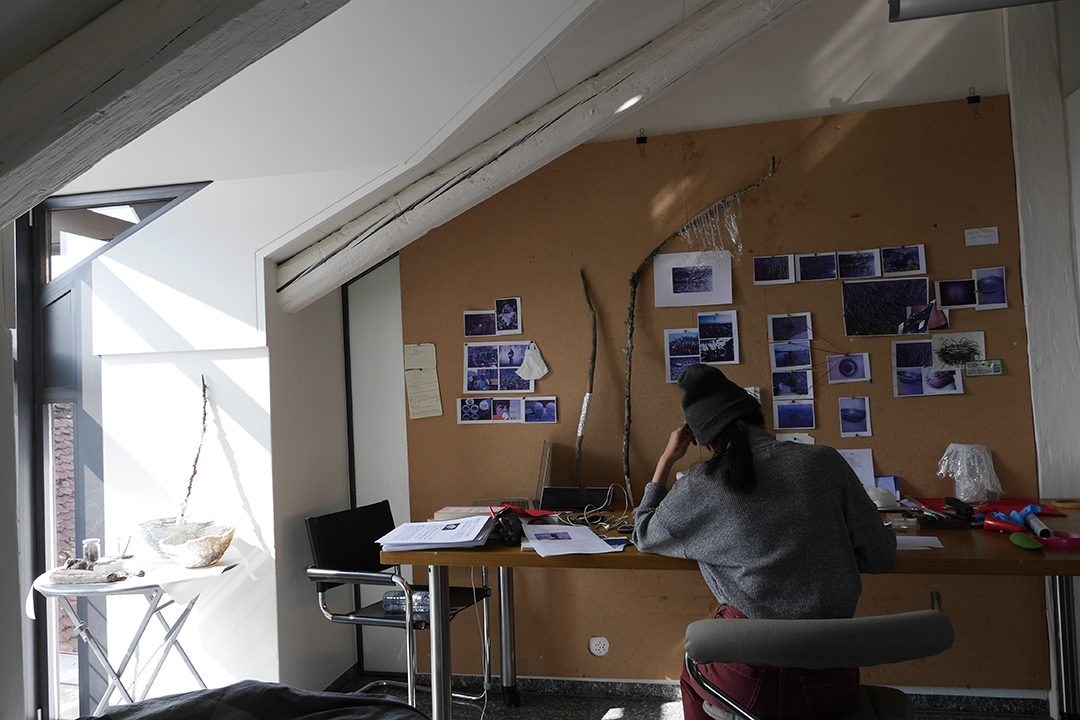 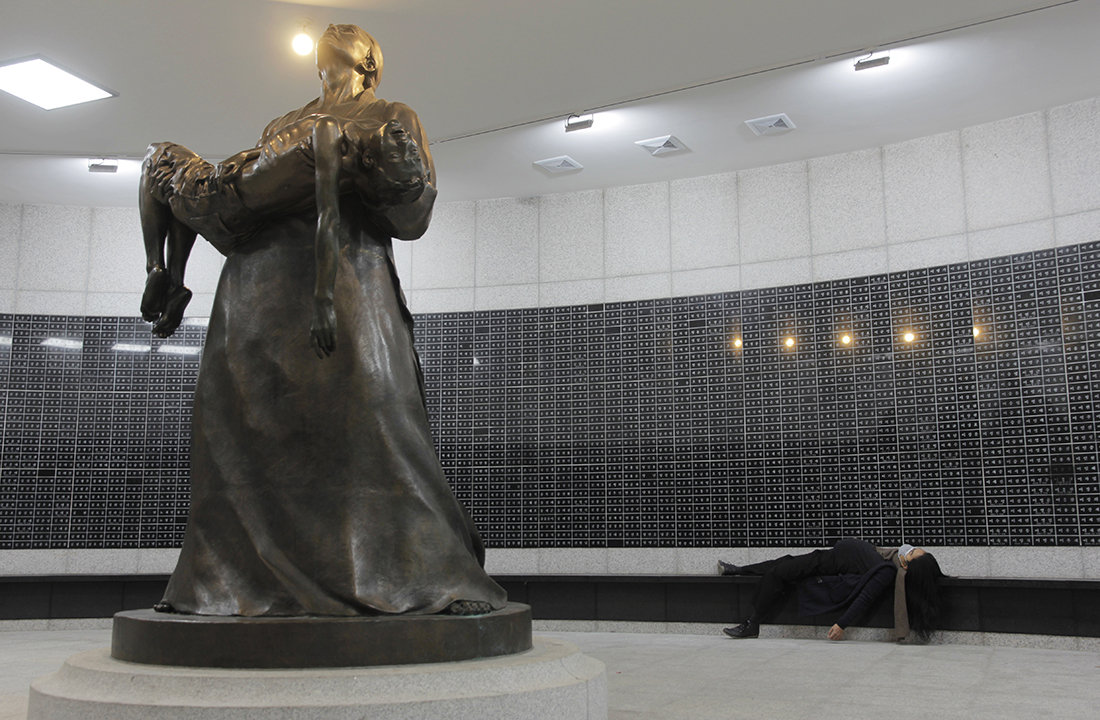 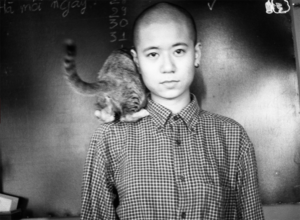 I’m Xuan Ha – an independent visual artist and multimedia artist. I have been an active practitioner in the local art community since the end of 2015, when i co-founded the art collective Chaosdowntown Cháo in Saigon, Vietnam. Since September 2019, I live and work in Da Nang and co-founded “a sông collective” in the hope of learning and understanding more about my homeland.

In my recent practice, I reflect on questions around the direct and indirect impact of urbanization and industrialization on Millennial behavior, especially in Vietnam. Through various forms of experimenting with space, using fragments of daily material and manipulating moving images, I present non-realistic scenarios by using loosely coupled pieces that tend to resist each other and allowing them to gradually give shape to a narrative. My works are a set of documentation born out of an opposition between myself and the dizzying changes of my surrounding environment. My practice is also a small and ordinary effort to make meaning according to personal perceptions.

Located on the coast of East Sea, Da Nang is a dynamic city with many attractions, holding an economic significance for the central region of Viet Nam. Although only the 5th largest city in Vietnam it has the best quality of life offered in the country. Despite its size, Da Nang remains an iceberg- with much of the city’s allure hidden from casual view.

I was born and raised in Da Nang, but have lived in Saigon for the past 8 years (2011-2019) returning here in September 2019. In those years, Da Nang has made huge and vast changes. The connection between me and this city is fragments of memory.

“What’s it like to live here” – living here in Da Nang is a way of restoring connections; between past versions myself, my family, my ancestors, and the things they leave behind. I spend my time hunting lost names, shrines, graves and puzzling over my Grandpa’s locked suitcases. Coming back has made me feel like I am a blurry letter -with words I can read but not understand, I have to translate these through the relationship between me and my surroundings.

My work are a set of documentation born out of an opposition between myself and the dizzying changes of my surrounding environment. My practice is also a small and ordinary effort to make meaning according to personal perceptions.

The best: fresh air, my family.

The worst: sometimes I shudder and realize I don’t understand this city at all.

I love these three words, it is also the slogan of my country. These words that can only be found in the self, not from the promises of others.

In 2015, I met Thanh (Nu) Mai -is a visual artist. Together we created an art collective space Cháosdowntown in Sài Gòn.

Cháo’s provided a safe, flexible and non-judgemental art environment for young artists who wanted to experience new concepts and mediums. With the hope of developing an open space for the conversations, characteristics, creative mindsets that foster a strong connection between artist and the audience. Proactively creating an art community for the younger generation, is also the way that I take the initiative to get closer and more serious to my career in artistic activities. Because I am also a young person, wishing to study and work.

Proactively creating an art community for the younger generation, is also the way that I take the initiative to get closer and more serious to my career in artistic activities.

Even though my parents did not fully understand what I was trying to do, they never opposed it, I appreciate this deeply and recognize this silent support. Considering the attitudes present in ‘traditional Asian families’ I am lucky to have this.

I mentioned about my Grandpa’s locked suitcases, that I’ve kept for three years, he left everything in his house and also my childhood place before he passed away from a stroke. These are what I place my goals and ambitions on, in the near future. Currently, it is hard to think further than that during these times of Corona. I can’t help but think about how in 50 or 100 years, Corona will become a normal keyword like World War, Vietnamese War that people will look up. It is strange to think of myself as a statistic living in untrustworthy times where the virus exposes true human nature.

As for the suitcases, I still do not plan to unlock them- I am torn between two desires. On one hand, I want to learn about him as a Communist soldier back in the war and I feel like this is the right time for me to learn about the past. It will help anchor me to my city. On the other, the suitcase brings me joy at the moment. While closed they keep their potential – an eager feeling of exploration.

My mother – Her job is to screen residents for HIV test.

I don’t remember exactly, but I think it is Suboi – a Vietnamese rapper.

I always liked her.

I always wanted to be a rapper.

I always feel energetic when watching a woman rap, I also really like Ruby Ibarra.

I think there are many challenges to being an artist in Vietnam, artistic censorship is strictly censored, sometimes it becomes ridiculous, but it is the general situation that occurs with anyone, any gender or age. Another important thing, which is operating expenses, is also one of the main reasons that independent organizational spaces have to dissolve.

In general, Asian women have a specific social-standard placed upon them, but those who are willing to follow an art career, they are willing to take off these ‘traditional shells’ that society puts on them. In the contemporary art community in Việt Nam, I observe 70% of the founders of art spaces and communities are women. People suppose that women have ‘quiet’ minds and less instinct, even when they make art that’s why they can maintain and organize art spaces better than men- personally, I consider it bravery.

While it is important that you can speak out -it is okay if we cannot do that all the time. Sometimes keeping silent and working hard are also ways of making things better. This is my mantra for every day.