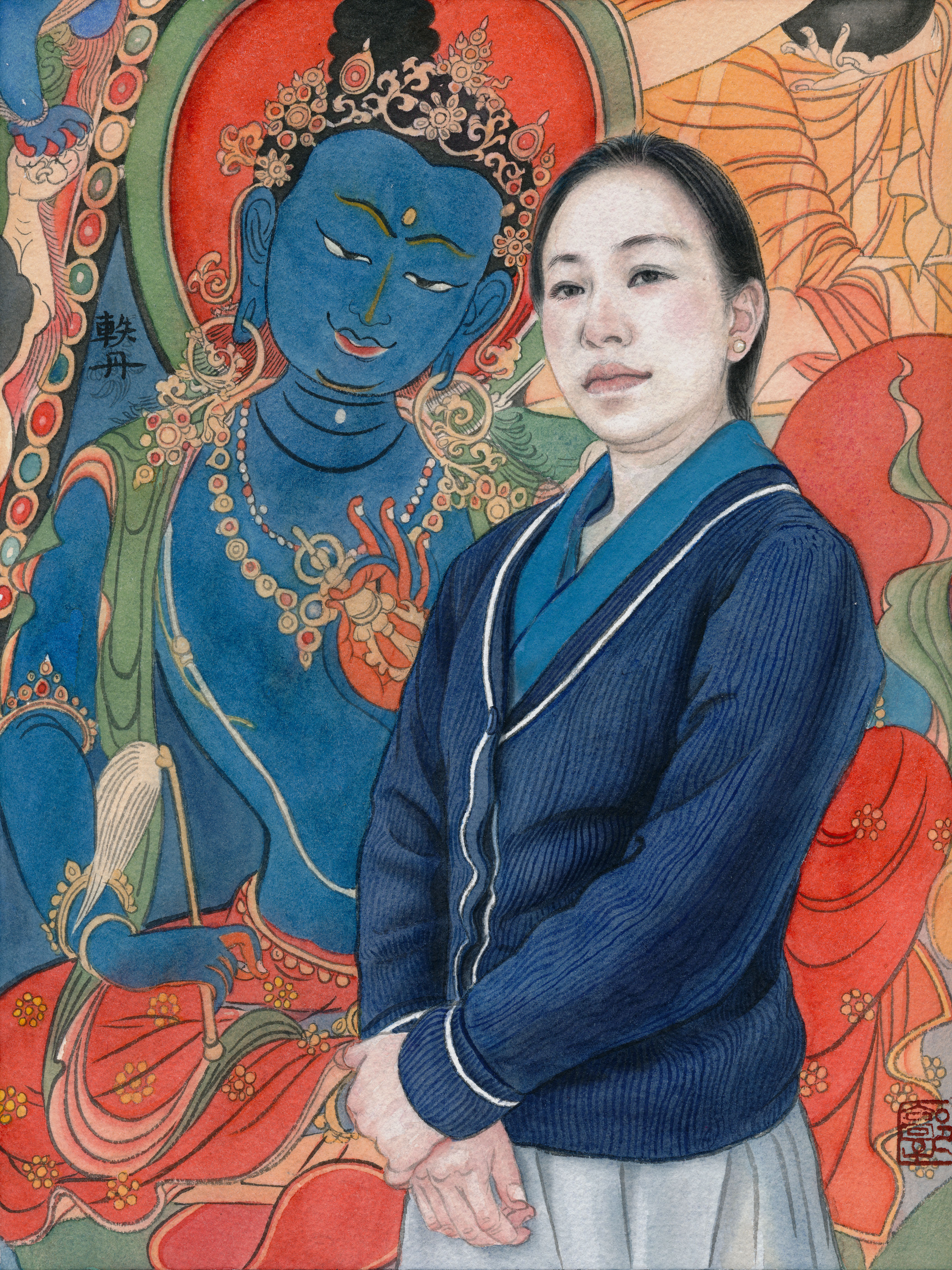 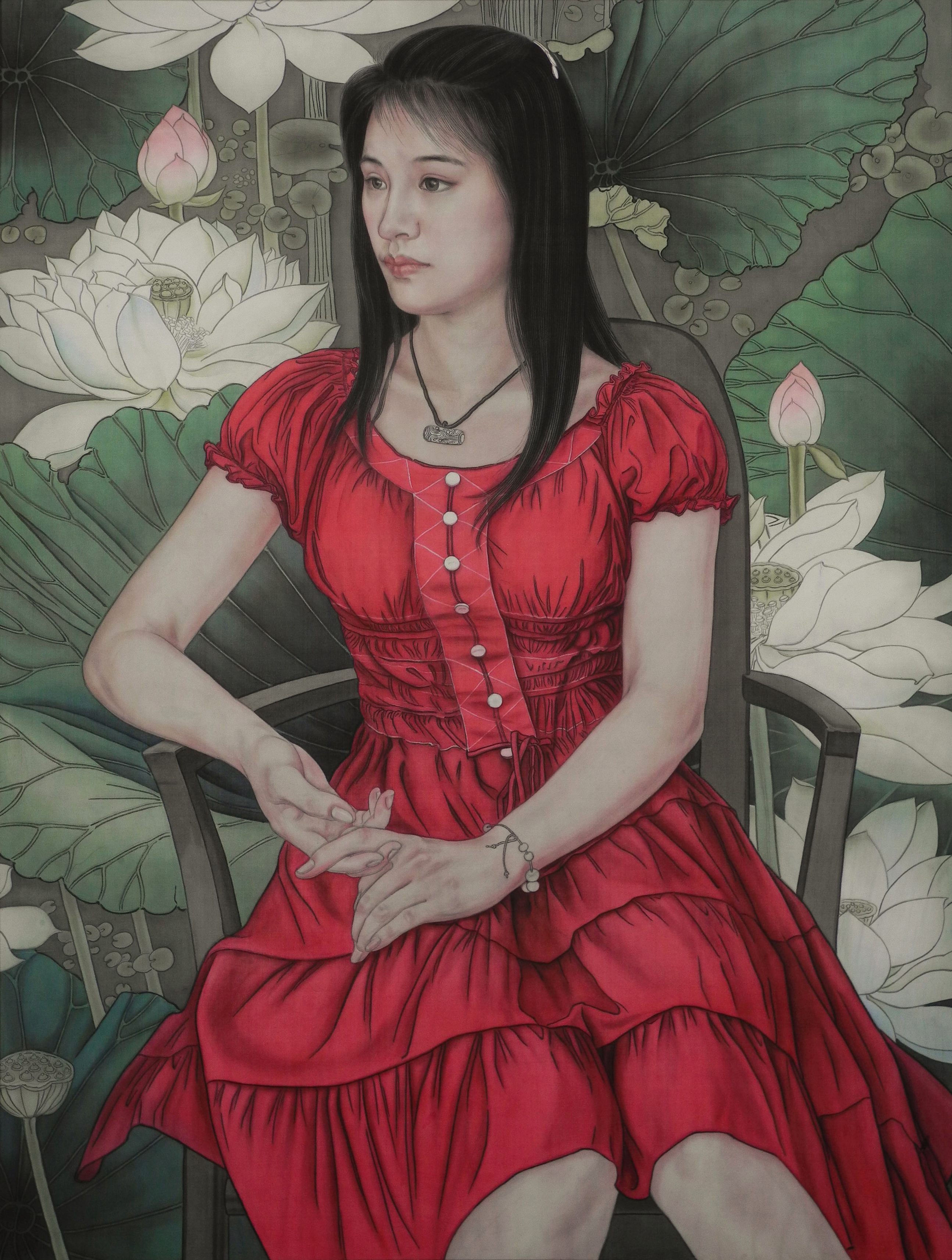 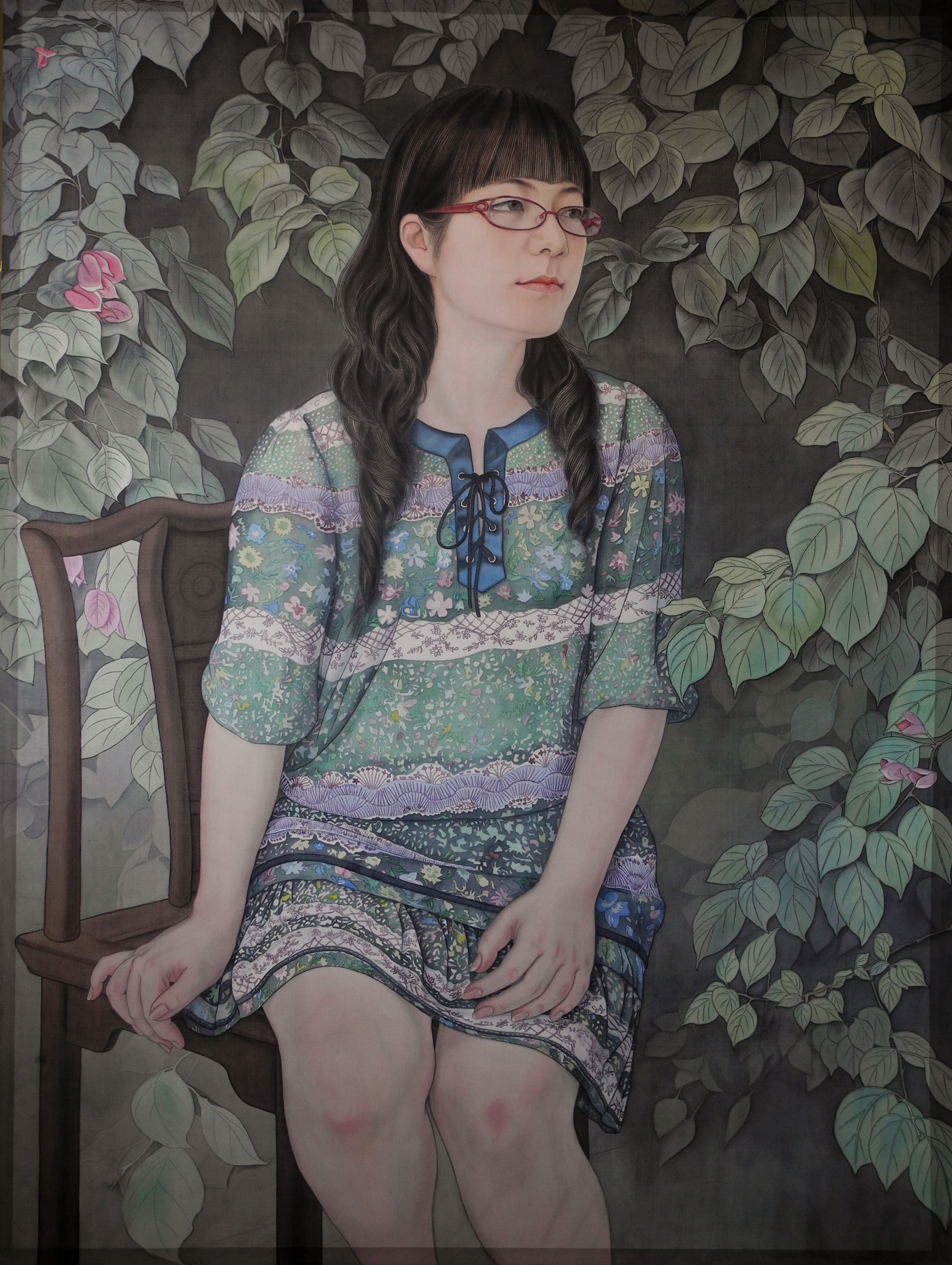 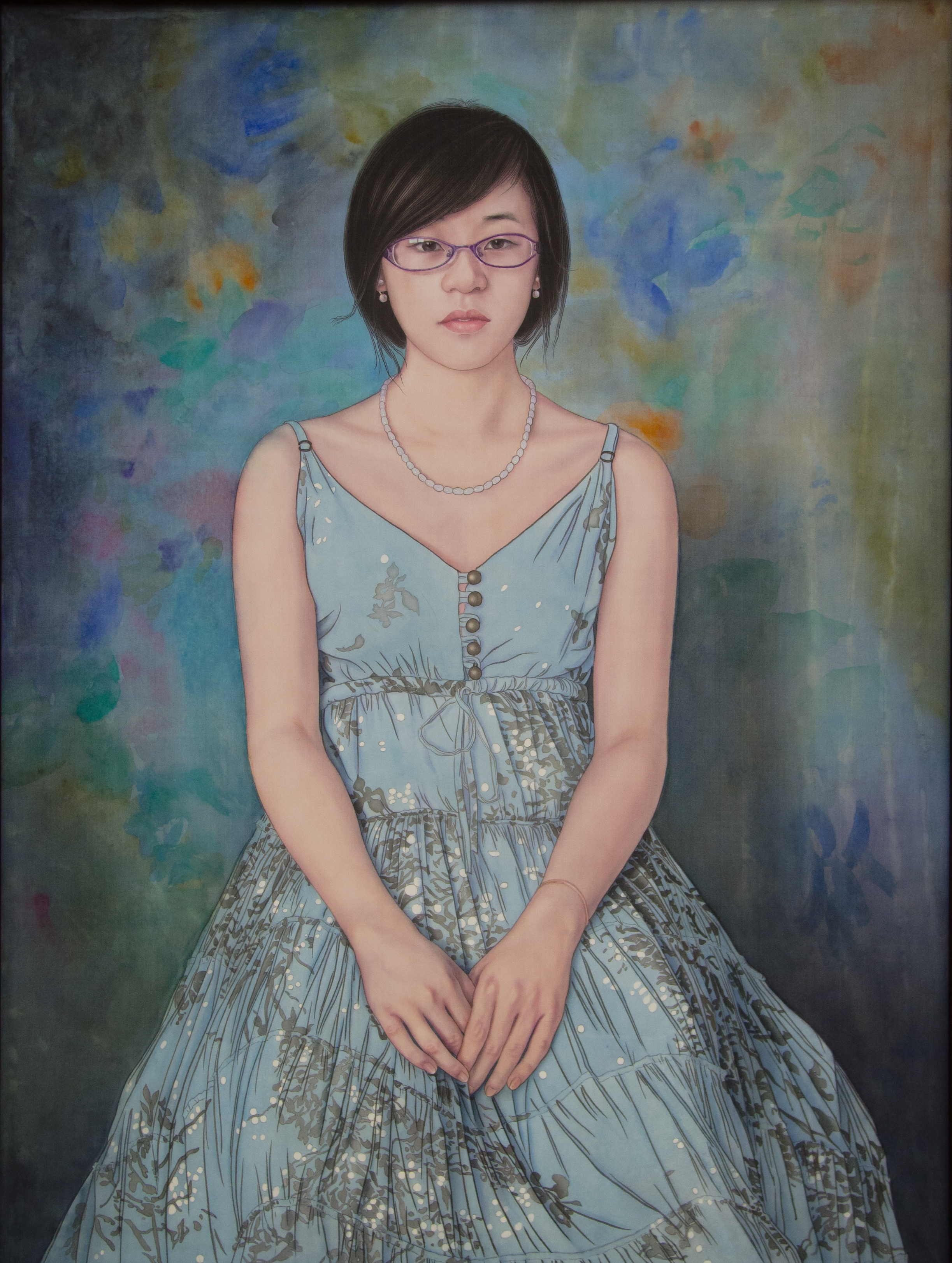 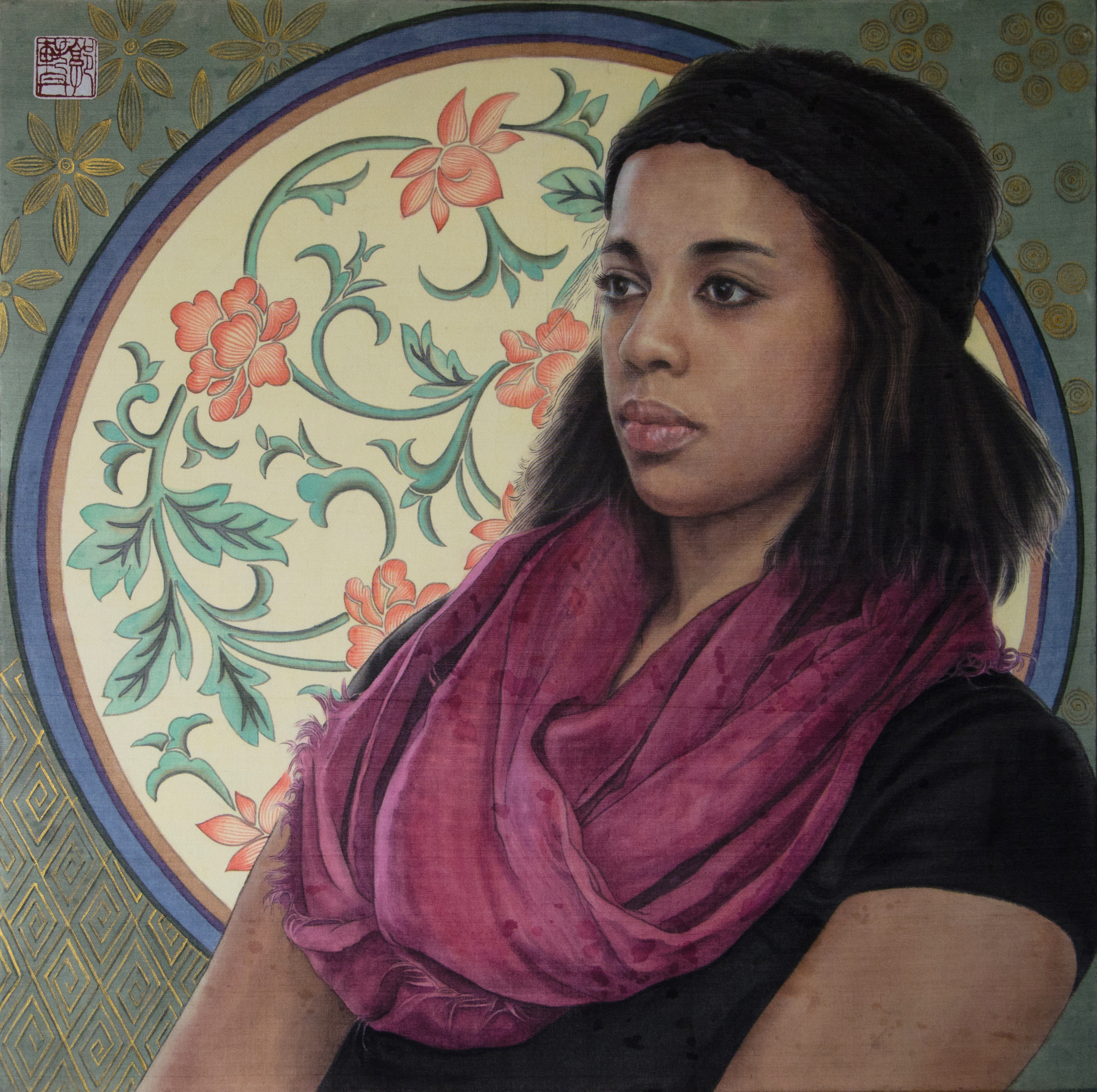 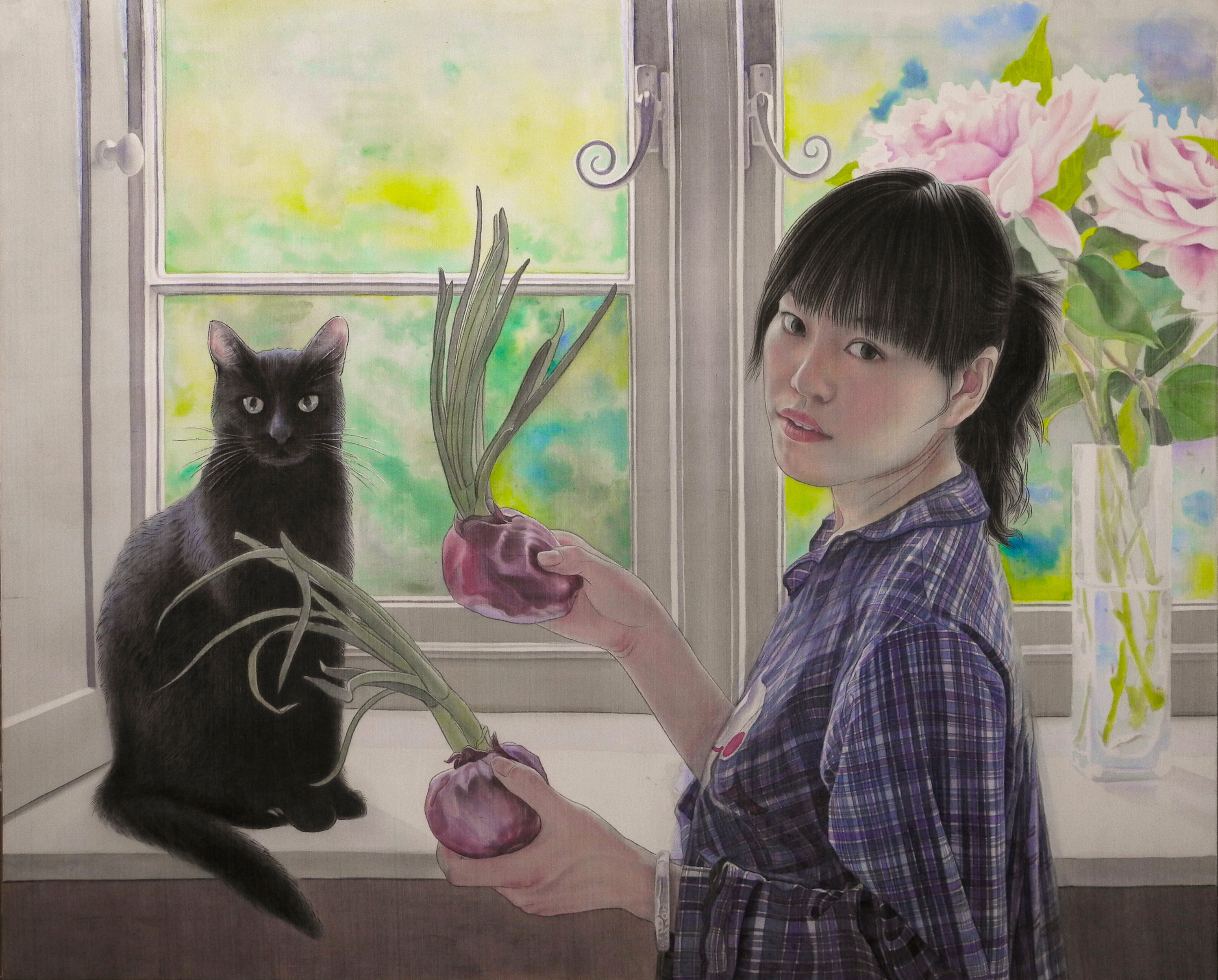 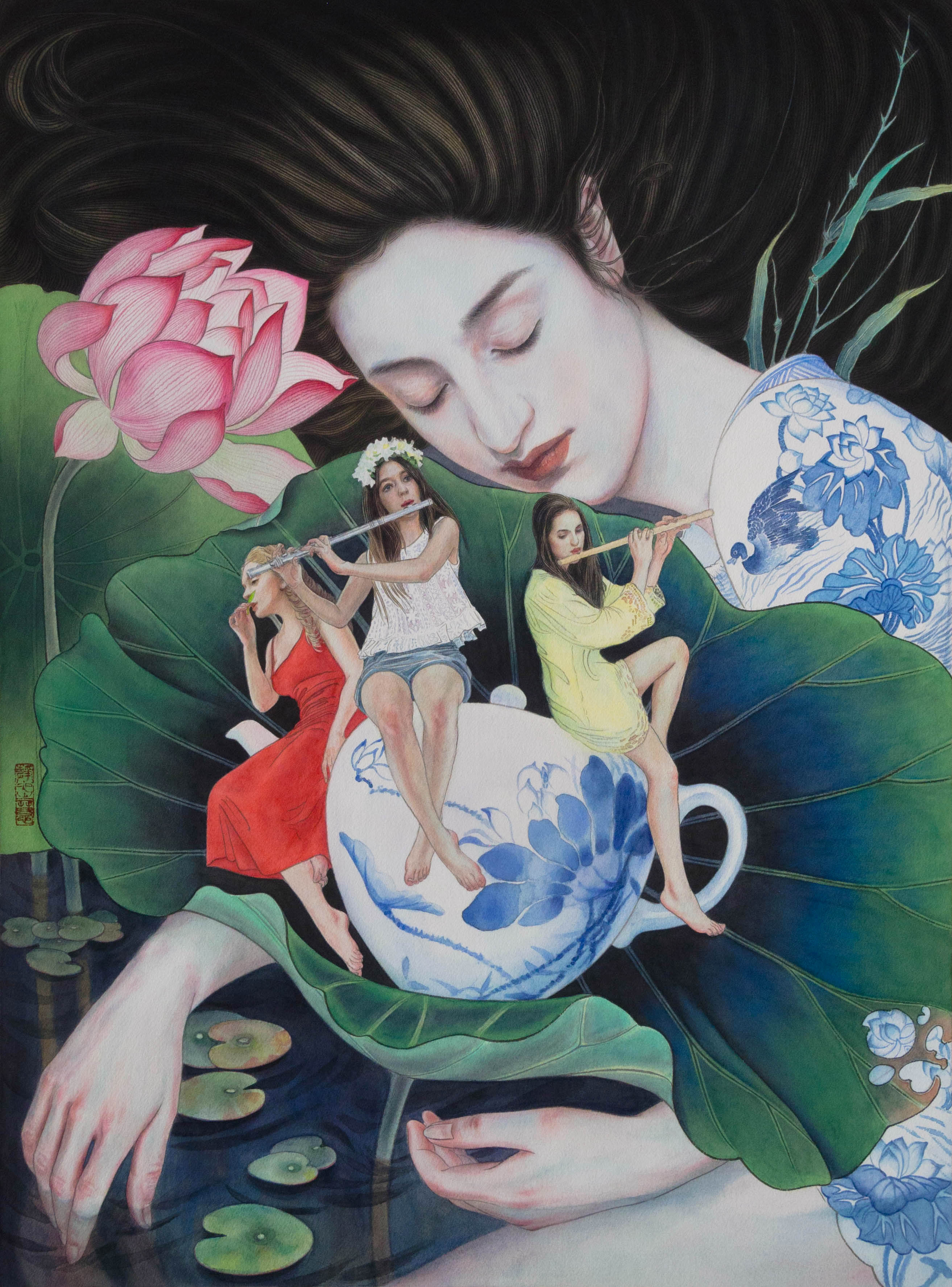 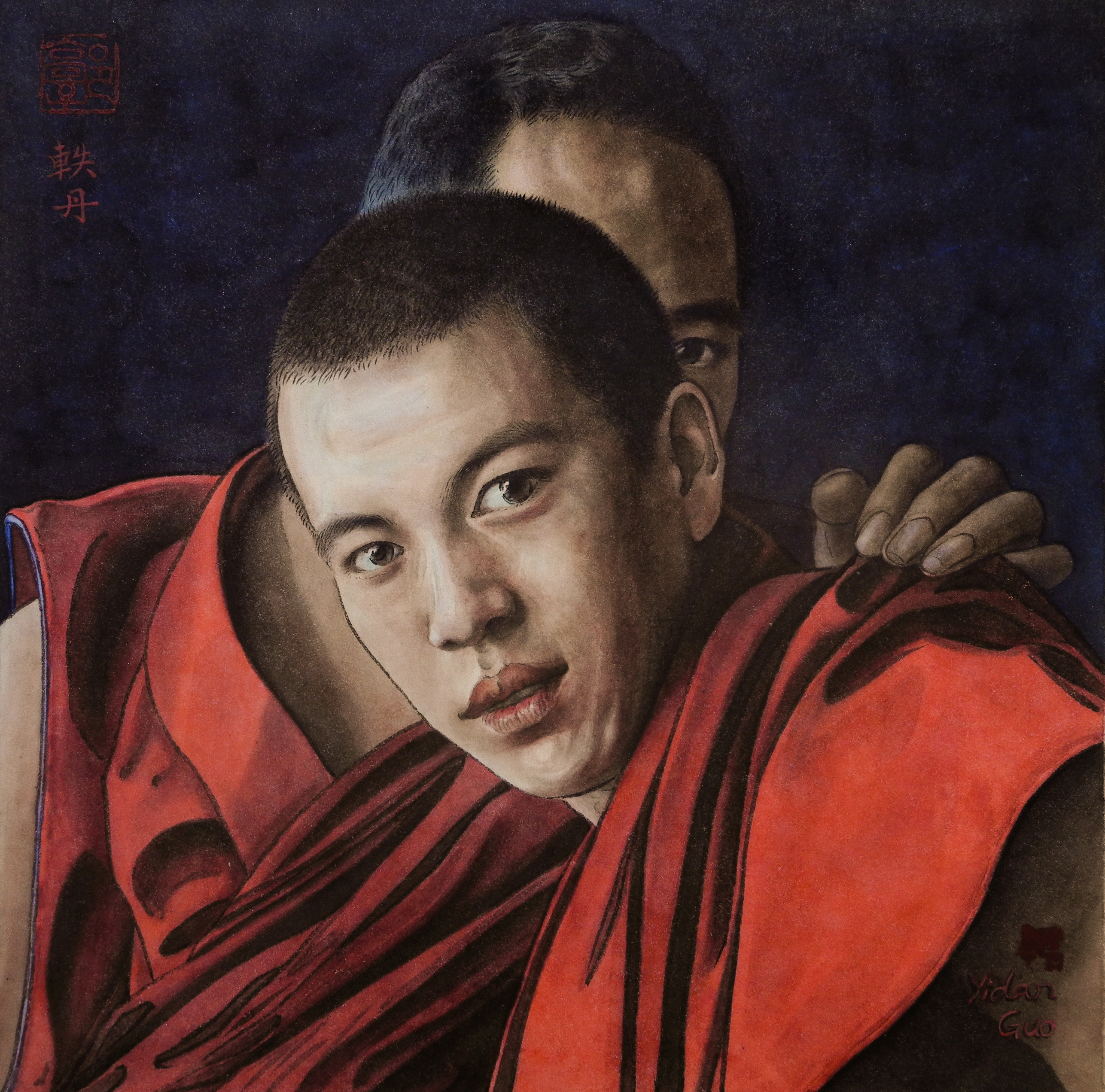 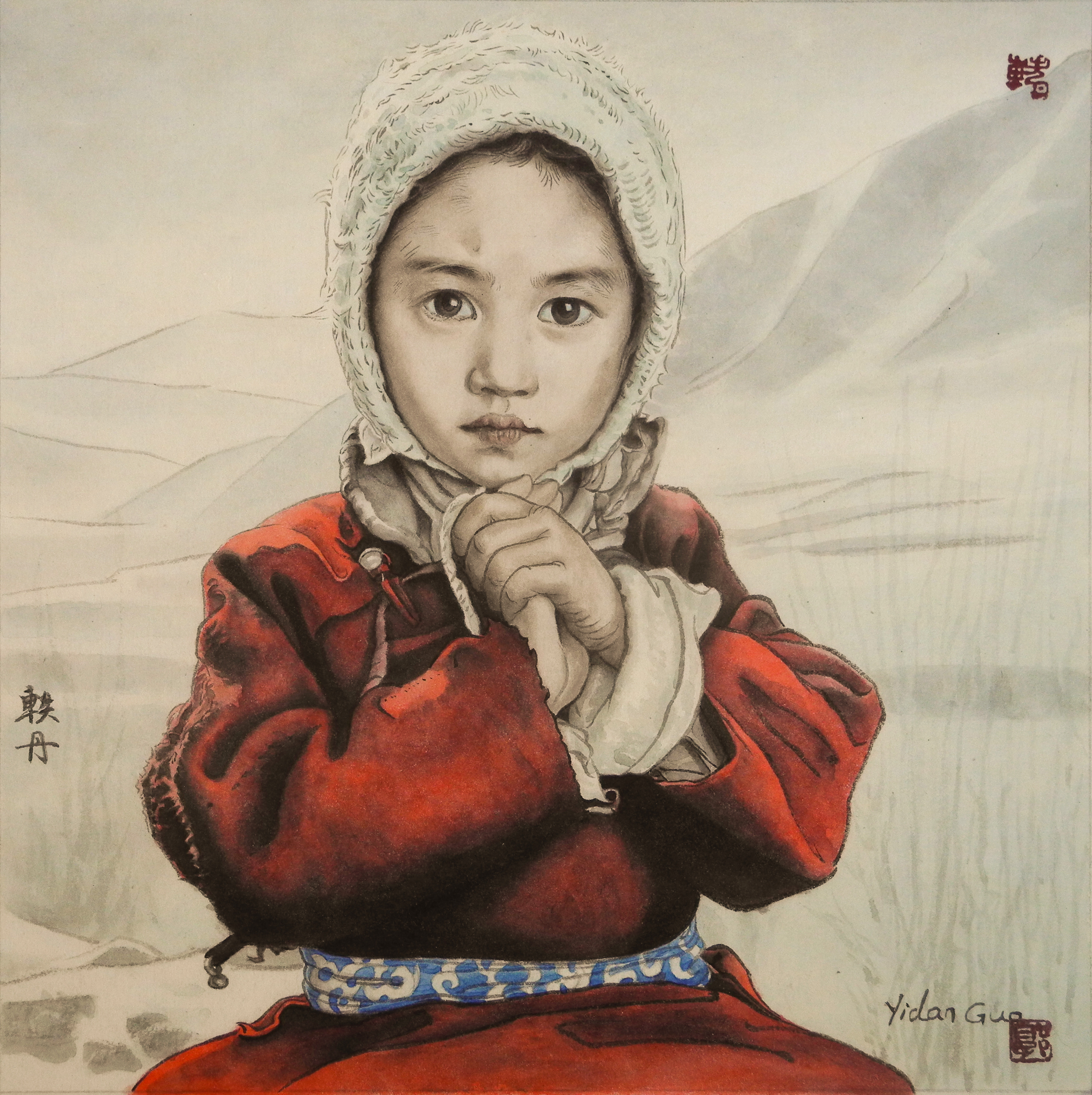 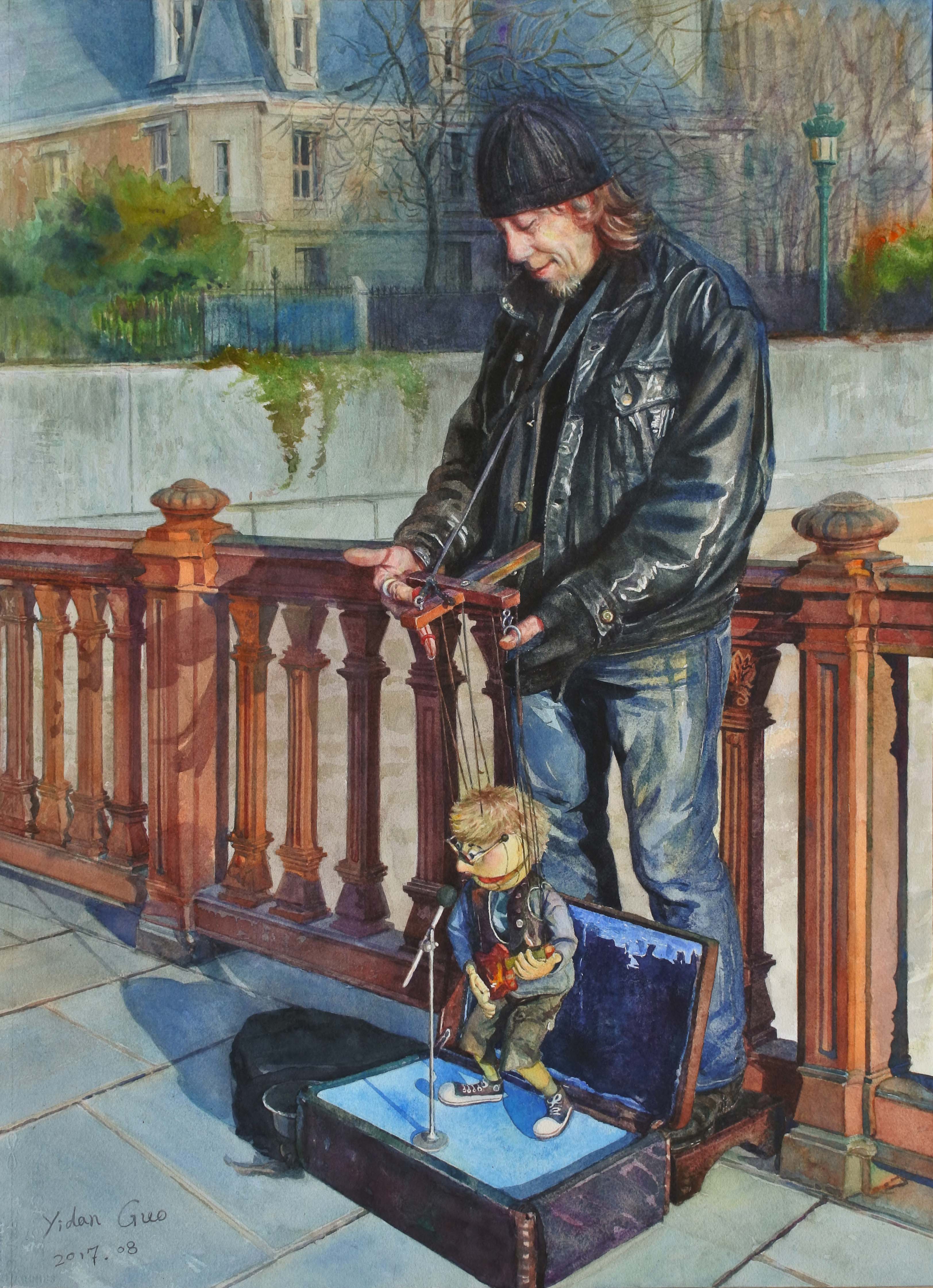 Meet Chinese visual artist living in the US, Yidan Guo.

I was born and raised in Datong City, Shanxi province in China. My home city had big open lands; I heard the whistles of trains all the time. The sounds were clearer in the nights, accompanied my dreams. I was wondering, what are there beyond the horizon… I imagined a colorful & surprising future.

My mother was a high school art teacher. She’s my first art teacher. At age 15, I passed several competitive exams and was accepted in the Fine arts school affiliated to Central Academy of Fine Arts in Beijing. I got four years of fine arts training in the school, in both east and west art fields. Afterward continued my education in Central Academy of Fine Arts, for another four years of training in Chinese painting. My art school years left me a deep impression. It planted a dream of being a great artist.

After college, I taught art in The Schools of Arts at Renmin University of China.

In 2013 I came to the United States as a guest artist and visiting professor and taught art at Southern Utah University, Utah, U.S.A. Coming to the U.S., I describe it as a journey of chasing the dream.

In China, I lived in two cities -my home city Datong and Beijing. They are both are big cities. Though I spent over 20 years in Beijing, I got my art education and started my art career in this city. This city has a big impact on me. It’s the capital city of China and it’s huge. The population of Beijing equals the total population of the top six large cities in the United States: New York City, Chicago, Los Angeles, Houston, Phoenix, and Philadelphia. I would like to use the following words to describe this city: crowded, busy, energetic and crazy. I moved to the United States and have lived in two tiny cities. They are Cedar City in Utah and Blackfoot in Idaho. Cedar City is the place where I started my art career in the U.S. I would describe these two cities with the following words: quiet, slow, peaceful and comfortable.

This city has a big impact on me. It’s the capital city of China and it’s huge.

Fortunately, I got the opportunities to teach art in universities. Teaching art gives me time to explore and practice art. It helps me to make a living as well. My current goal is to be a full-time artist.

My current goal is to be a full-time artist.

Absolutely. My family -parents, husband, brother, and my close friends are all supportive.

My goal is being among the best artists in the world. Not only in this era, but also in cultural history.

My goal is being among the best artists in the world. Not only in this era, but also in cultural history.

My mom is a smart, strong and hard-working woman. She provided me the best education opportunities and has always been very loving and supportive to me. My mother in law is the same. She experienced a lot of difficulties in her life. Which made her emotionally sensitive but very strong. She loves reading and is an elegant woman. All the important women in my life are strong and loving.

All the important women in my life are strong and loving.

When I was in art school and college, there were a few female artists whom I knew and looked up to. One of them was my professor. They were talented, hard-working, quiet and plain people.

Personally, I don’t see much differences between male and female artists. Although I believe female artists can have more challenges in balancing out their family life and career.

First is knowing that this is the career that you truly want to commit to; Second is believing in yourself; The last and the most important thing is hard work and never giving up.

First is knowing that this is the career that you truly want to commit to; Second is believing in yourself; The last and the most important thing is hard work and never giving up.