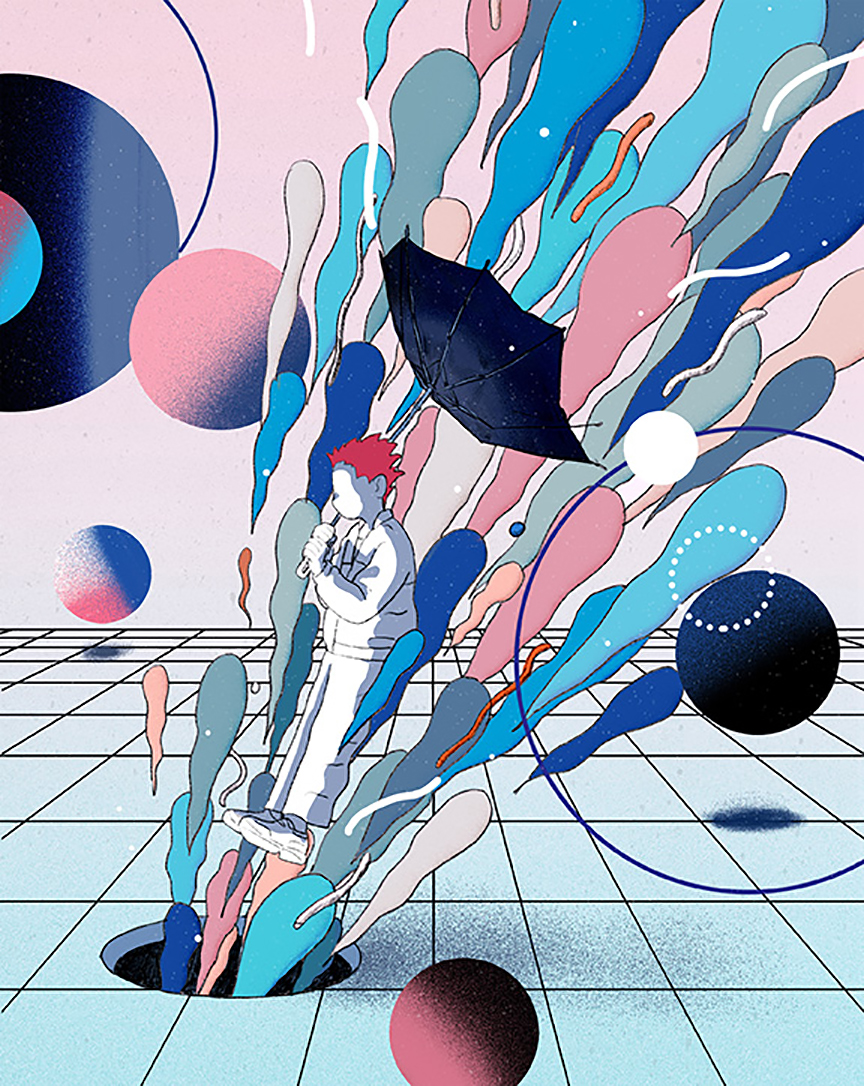 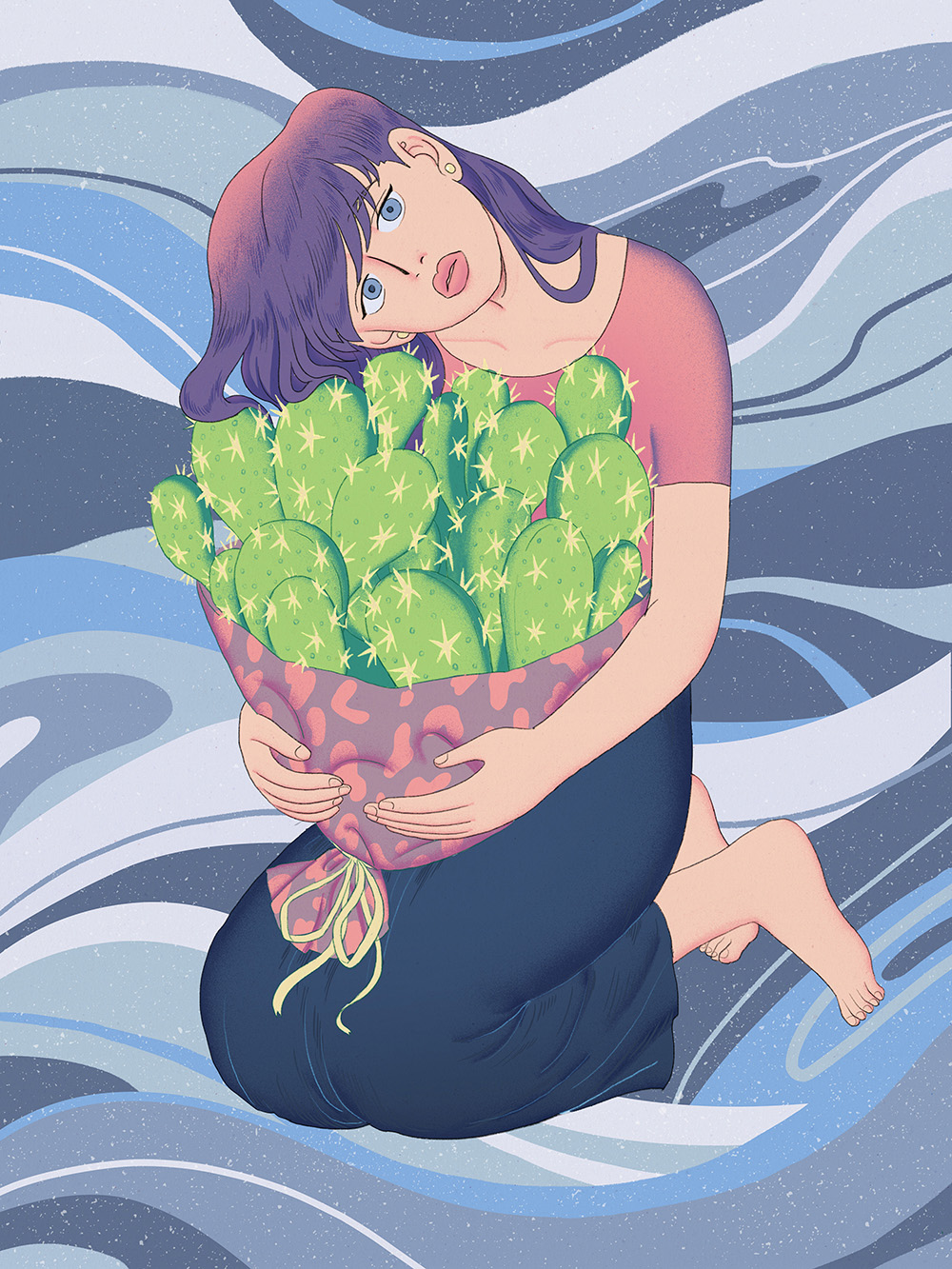 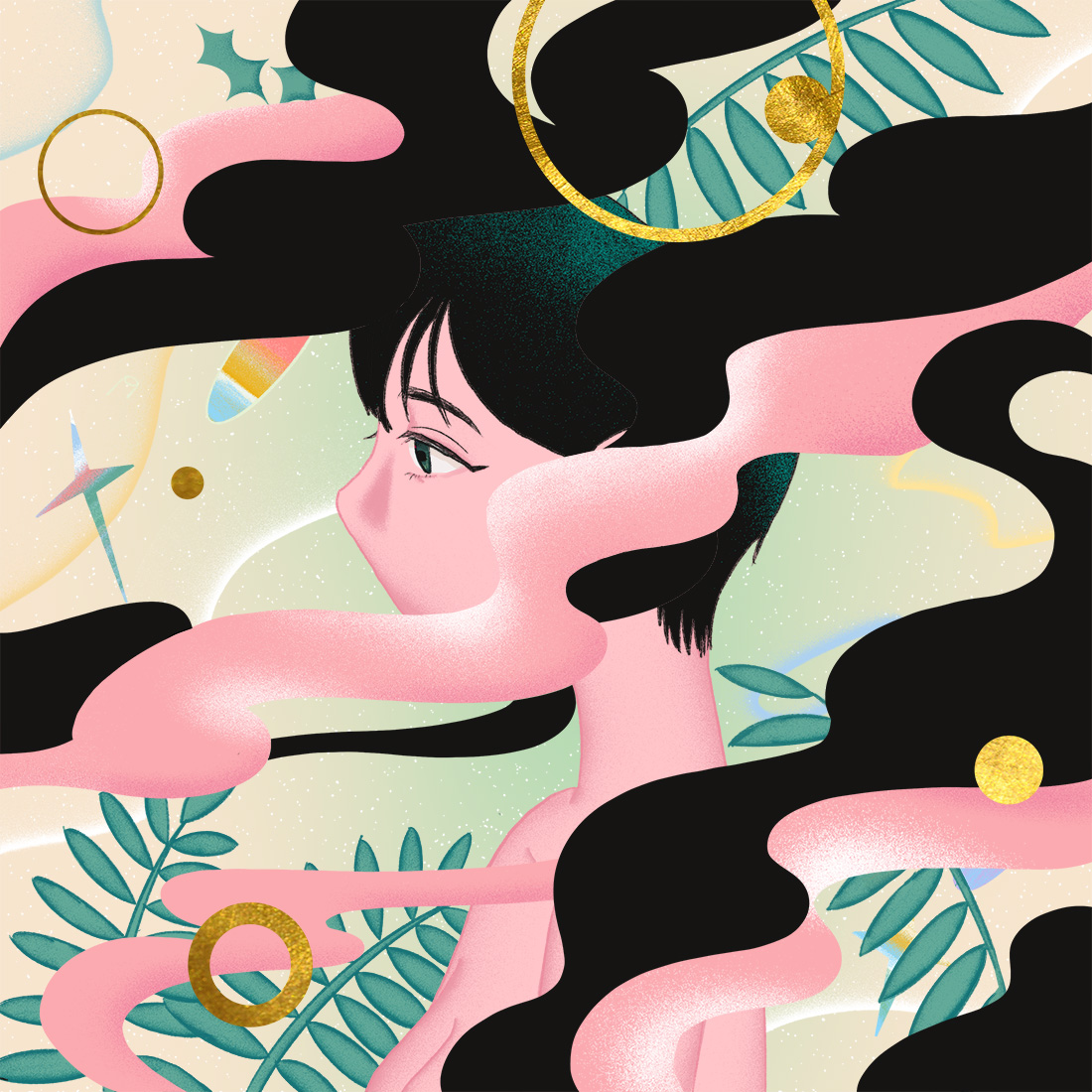 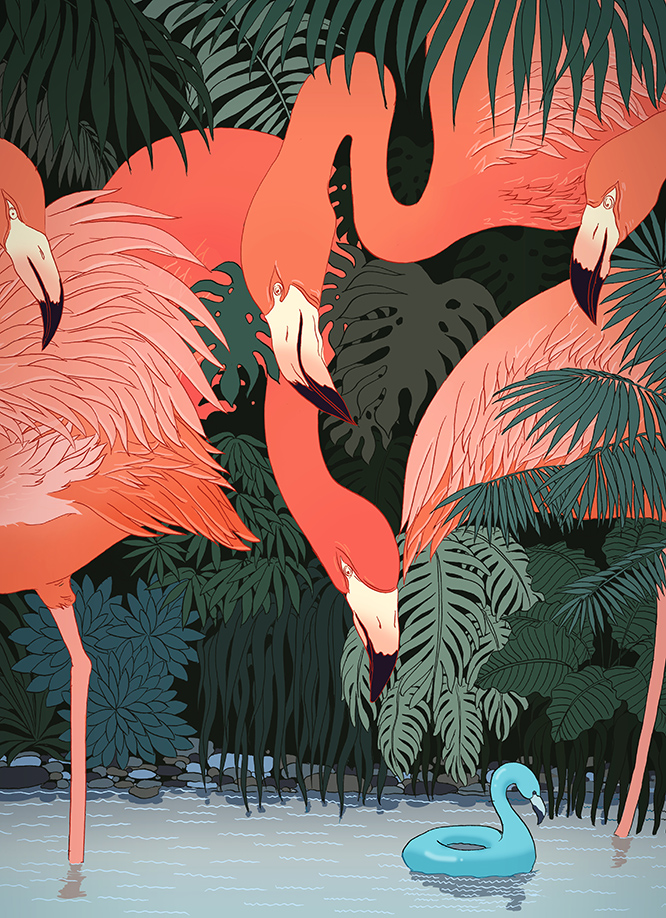 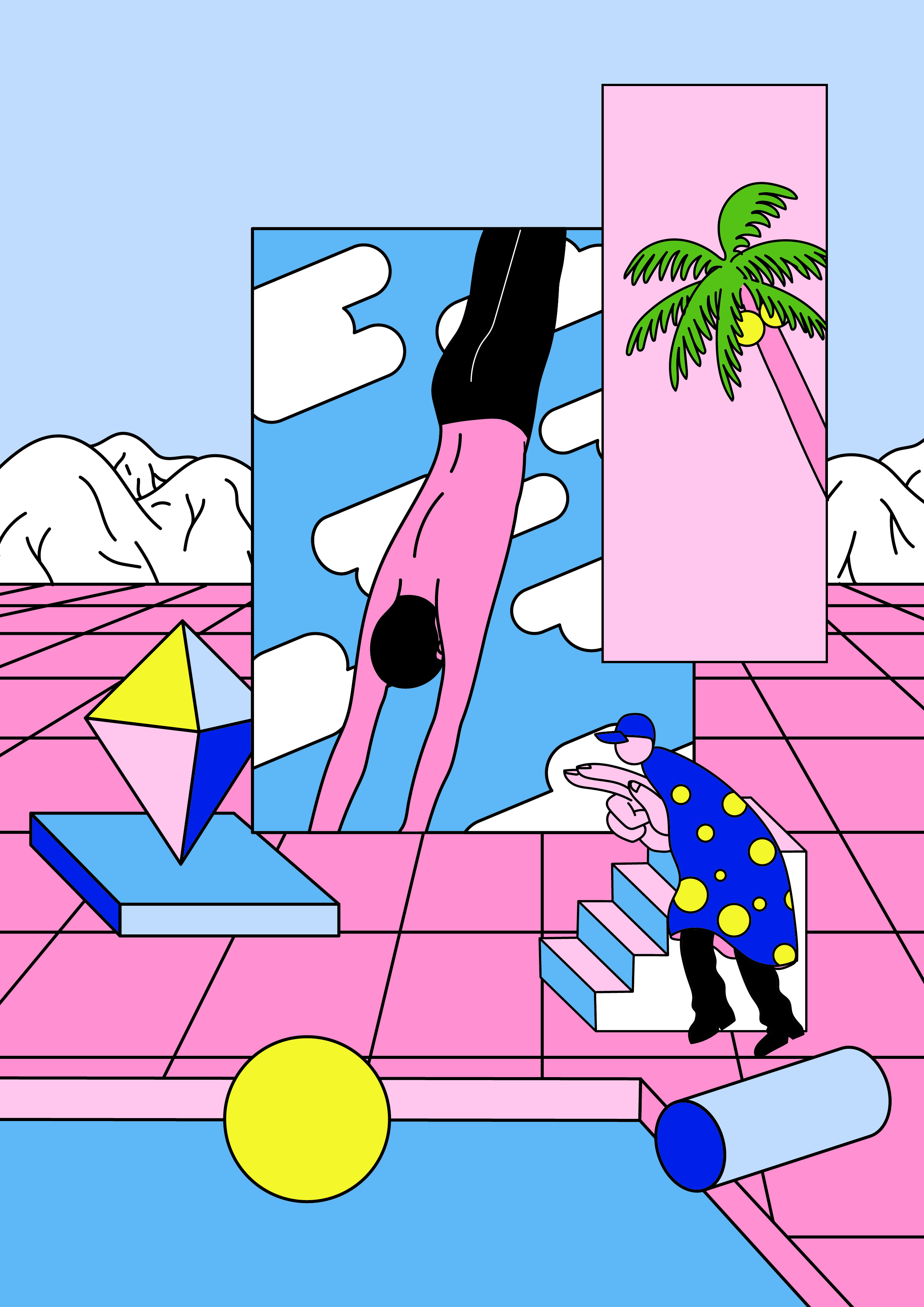 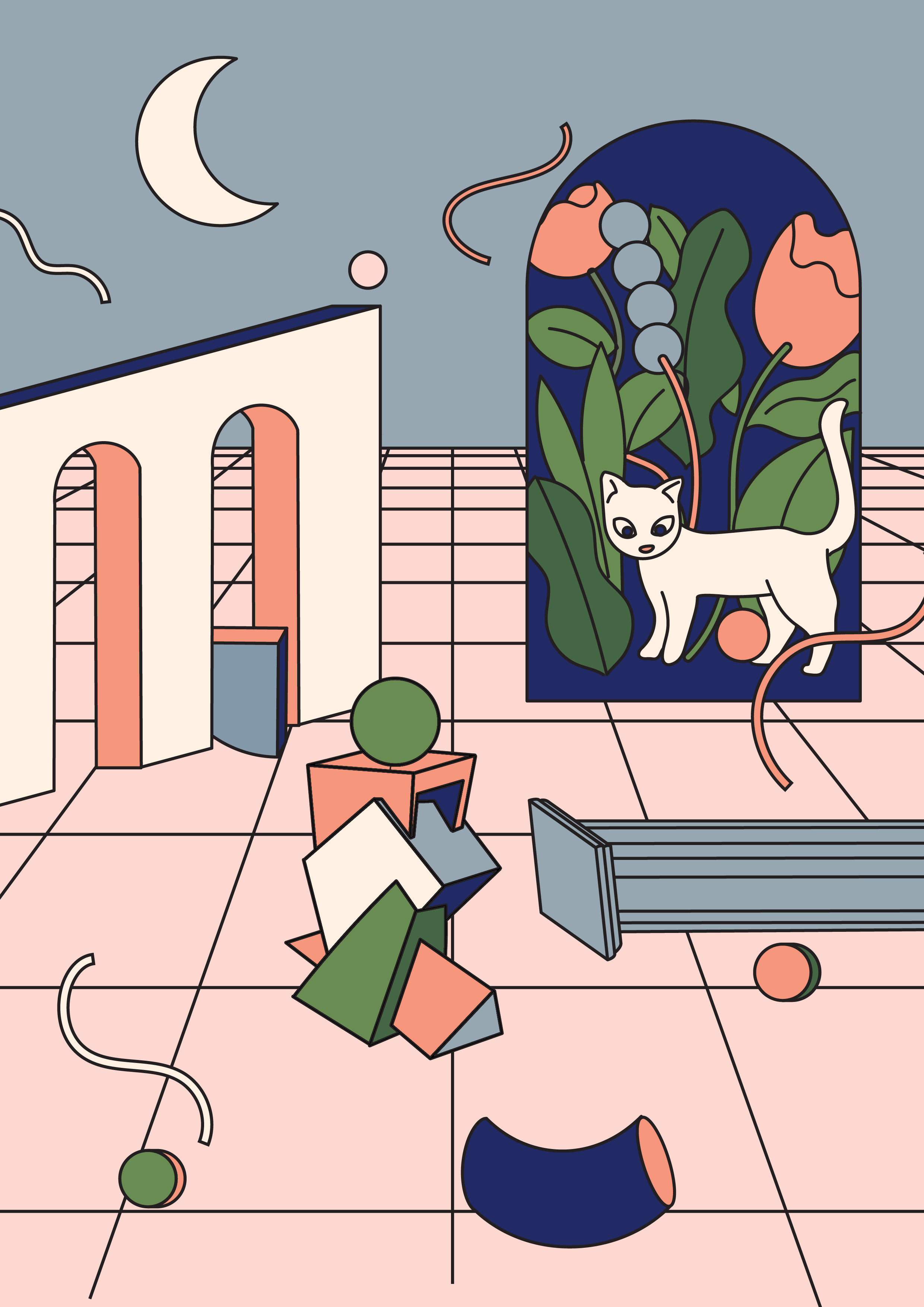 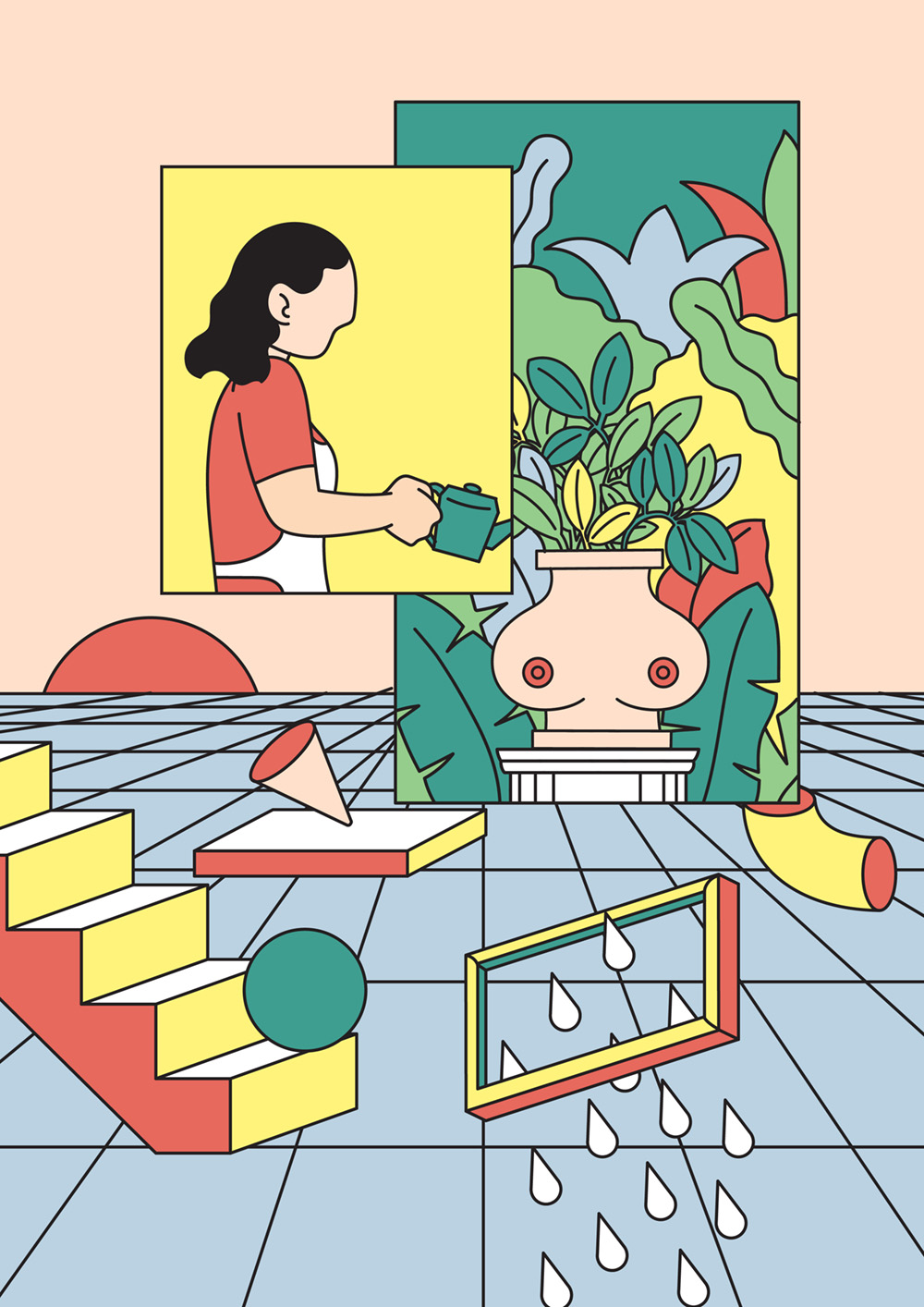 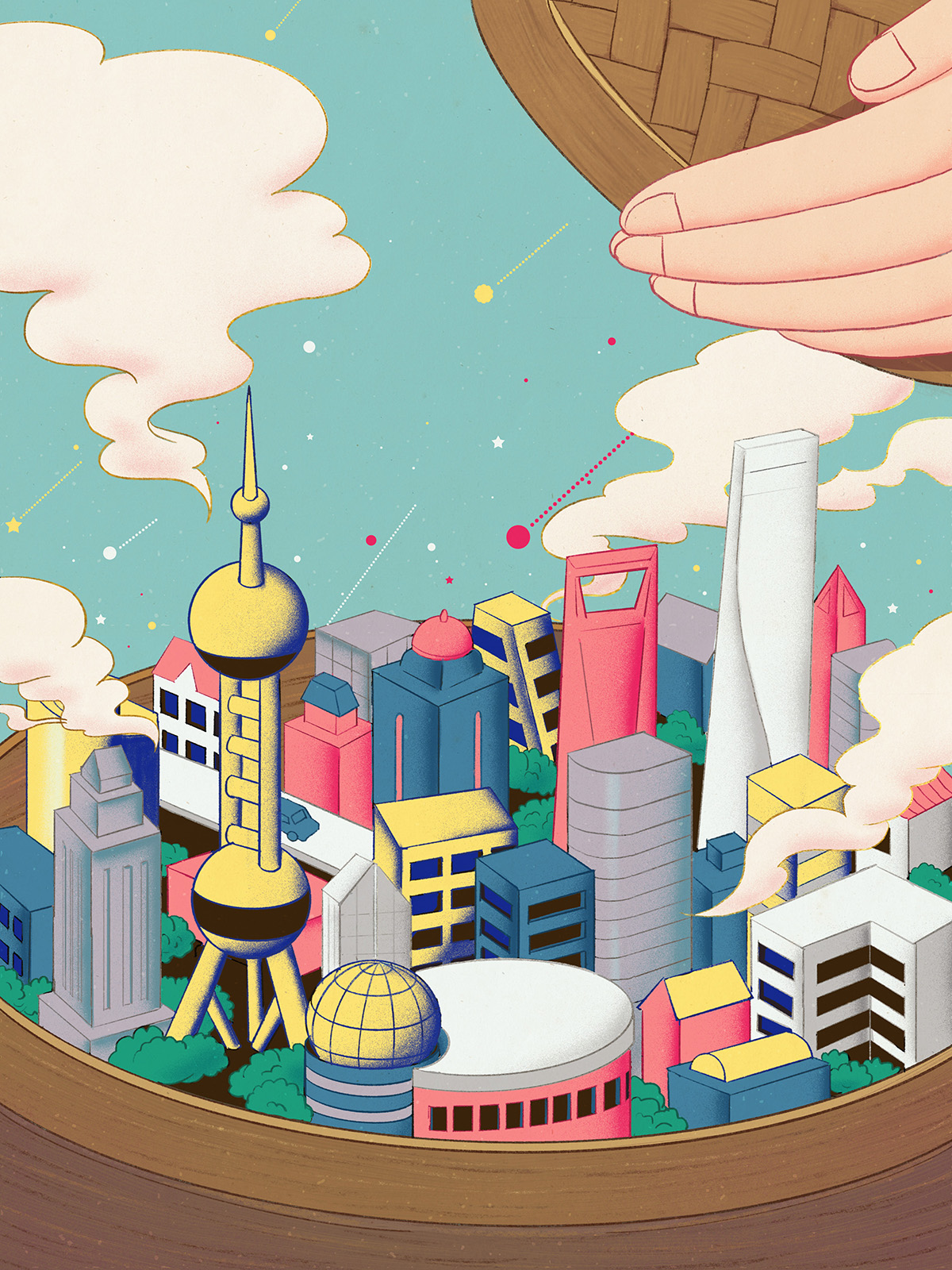 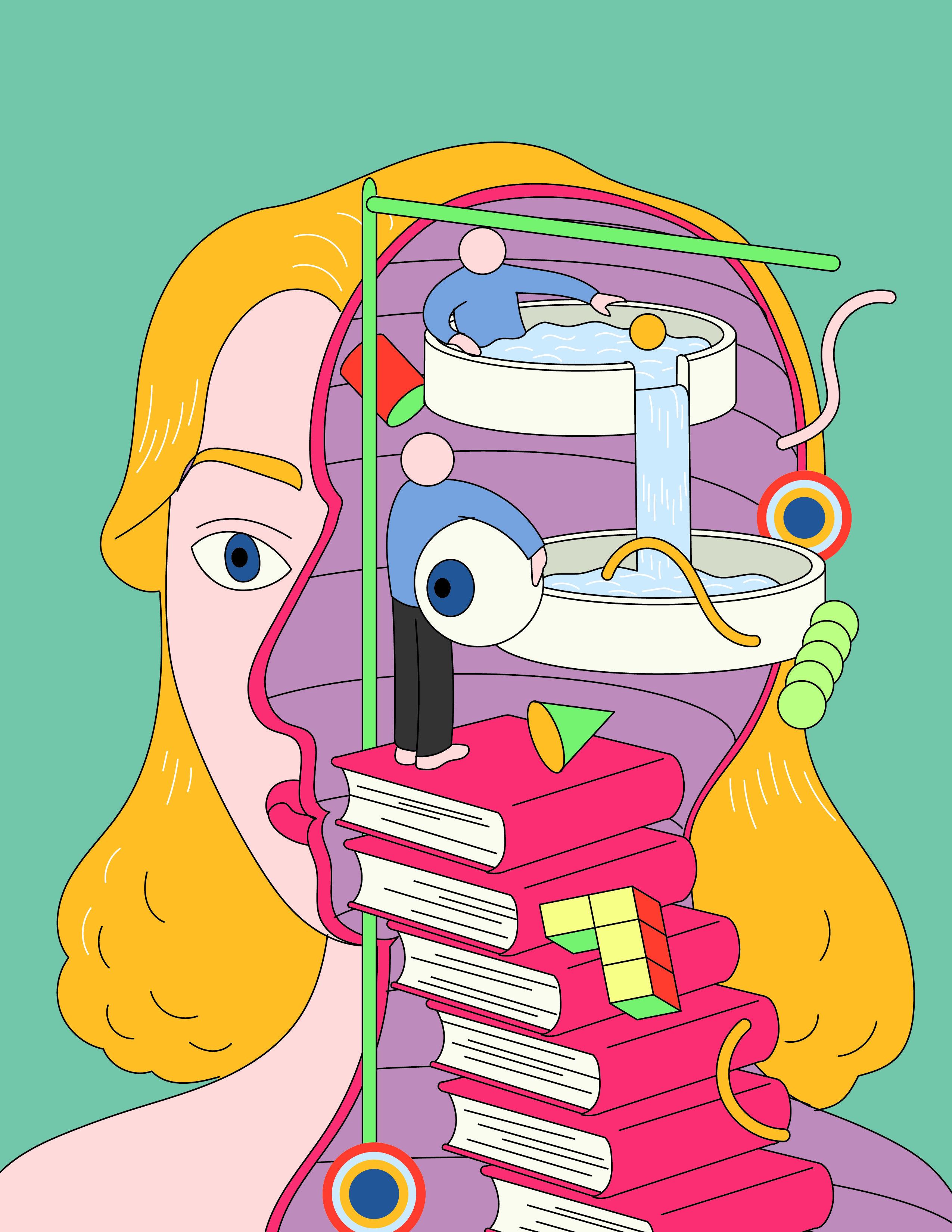 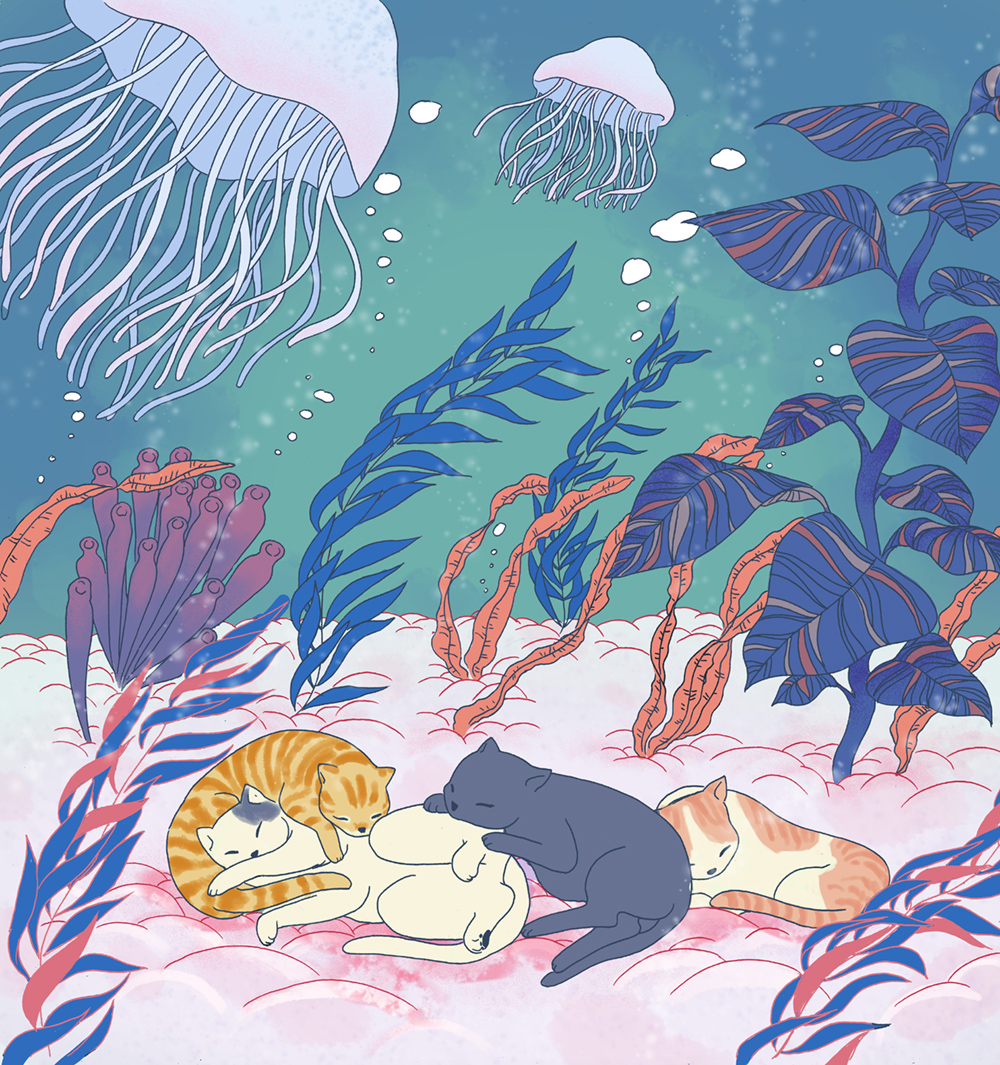 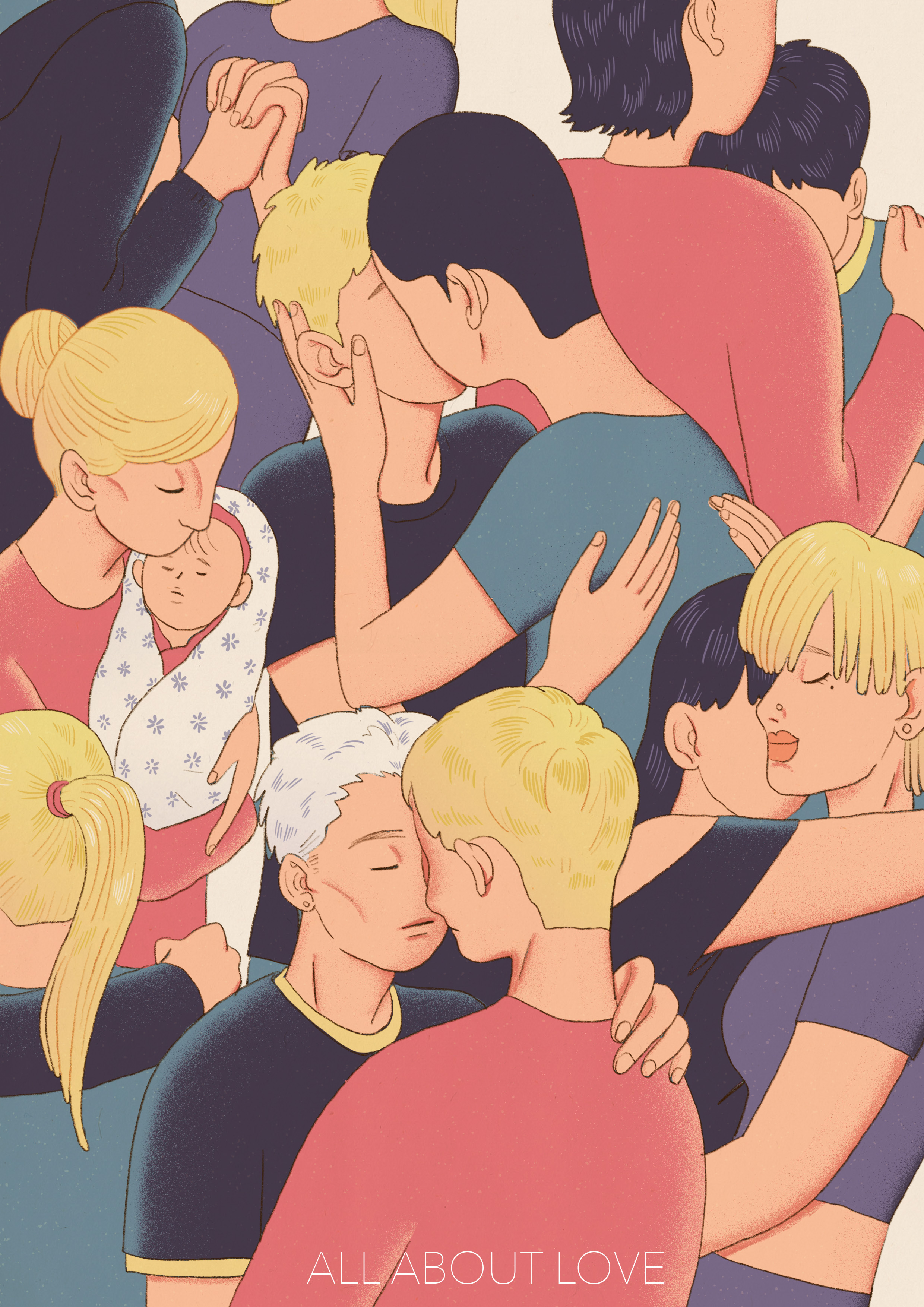 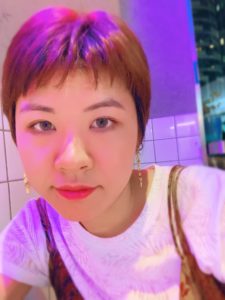 I’m a Beijing-based freelance illustrator, comic artist, and amateur tattoo artist, basically I do everything I can do right now. I was born and raised in Beijing for more than 20 years, then I went to the U.S for getting my master degree at Minneapolis College of Art and Design. Now I’m back to my hometown and just get started of my career.

Beijing is a huge city right now, and still, it’s enlarging and transforming. While I was staying in the U.S, I went back home annually during the summer break, and it surprised me every time. The change was so fast, I don’t feel like it’s the same city I was living in when I was a kid. Now Beijing is gigantic, clean, modern, well-ordered, lots of young people are living here, restaurants, bars, tons of activities and events. But in the center area, you still can see old Chinese buildings and local people hanging around. For me, it’s like two parallel worlds standing on the same page, and this confliction mix and gets along very well.

For me, it’s like two parallel worlds standing on the same page, and this confliction mix and gets along very well.

The best thing about living in Beijing is the food, super cheap and delicious. Chinese people are crazy about dishes, you would find 100 restaurants in only one street. We got traditional German beer bars, Italian pizzas, tacos, and every province in China have its own traditional food that you can find at a restaurant near you wherever you are in Beijing. The worst thing is the population, too many people are living here which leads to traffic. The city has to be enlarged again and again in order to get more capacity. And as I mentioned before, this city is changing, in other words, it’s losing something remained. The government wants Beijing to represent China, so they only want to show off the good side and get rid of the others. A big city such as Beijing is supposed to hospitable, crowded and even dirty, I’ve seen 4-5 dustmen working on the same street, picking up all the cigar-butts and plastic bags; a traffic warden in every carriage of subways and buses; police officers standing beside on every security checking points. Beijing right now is too clean, too well-ordered to be true.

I’ve been making art for almost 10 years, and I finally began making money from it only in the recent 2-3 years. I keep posting my works on the internet so sometimes people go and find me or sometimes my friends who know I’m making art introduce me to their friends who need illustrations. So over the years, I have made some connections. It’s hard to say from “this point of time” is when I got started in my career. You have to be patient and let the time flow, and of course, never stop creating.

You have to be patient and let the time flow, and of course, never stop creating.

Yes, they were. I was lucky to be born in my family which my parents love me so much. Even though sometimes they cannot understand me, they respect me and give me all the support I need. When I was a teenager, I’ve made it clear that I would like to make my own decisions, and if I’ve made decisions, it’s unchangeable. They had no choice but to accept it. Also, they always supported me financially and mentally, as well as my relatives. Being an artist is still considered to be a kind of job that has no income. People are always picturing an artist as a homeless guy, that’s why some of my relatives worry about me, but it’s fine, being poor doesn’t mean I’m starving.

The goal of my artistic life never changes, finding the harmony and balance inside me. For me, it’s more like a status I want to approach. I don’t know how it will affect me or affect my future work, we will see. For ambitions, one thing I’m sure is I will never be the same. I don’t want to stick on one drawing style. I want my drawing style and my techniques to follow my aging, growing up together.

I don’t want to stick on one drawing style. I want my drawing style and my techniques to follow my aging, growing up together.

Independent, confident, well-educated, humorous, polite. I am very lucky to have them surrounding me because I know there is just a very small part of women like them.

I didn’t pay that much attention to local creatives when I was growing up. I began to learn western drawing and painting since I was 10, and I went to an art high school directly. The other part I was really into is Japanese culture like anime, manga, game, etc. I feel like I was always looking for the best artists worldwide. In recent years, I finally got to know some good local female artists.

I don’t think so, the illustration industry or comic industry is mainly hosted by females in my country (although there are more male illustrators and comic artists in the U.S.). I think the only challenge is that there are too many girls in our industry, almost 80%. For me, I’d like to see more diversity, maybe some aspects or styles from males or people from other countries. There are always limitations if only one group take charge of any industry.

Get to know yourself and be patient. I believe the best way to get to know your art is to get to know yourself. A recognizable artist usually has a strong personality and personal preference, they know what is good and what is suitable for them. You have to constantly ask yourself “who am I?”, “why did I choose this object?”, ” Is that really my thing?”. Then over time, you can find your own artistic pass line which has your own style, your own methodology, and your own philosophy. I think that is most important in being an artist. Even though it takes time, it’s worth it.