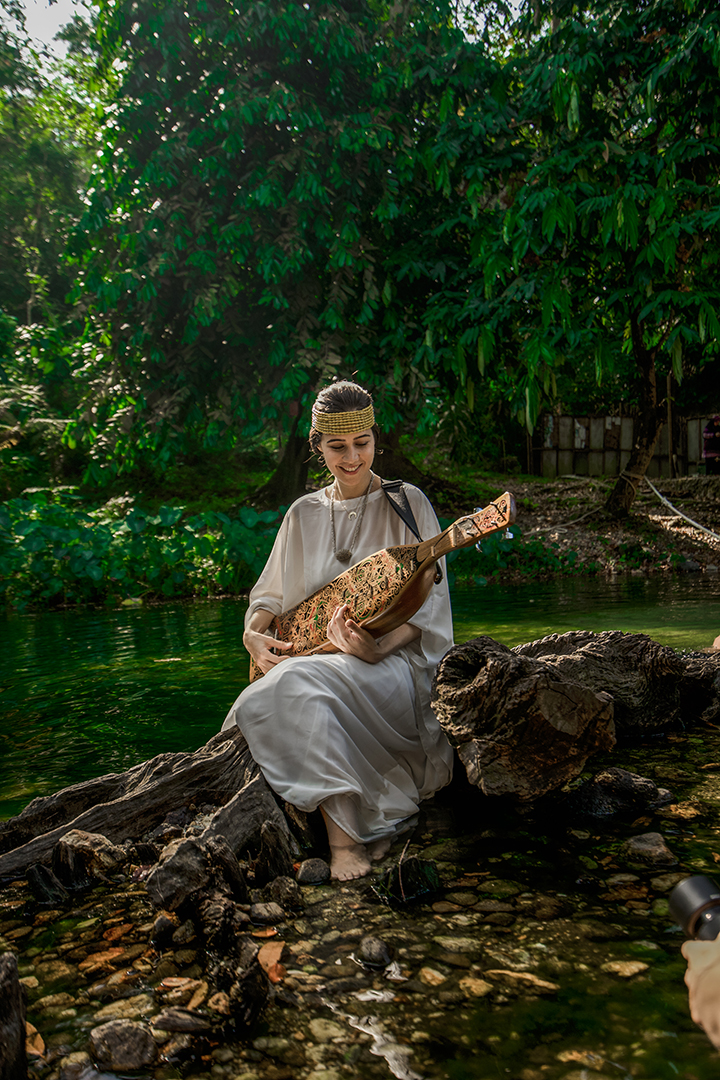 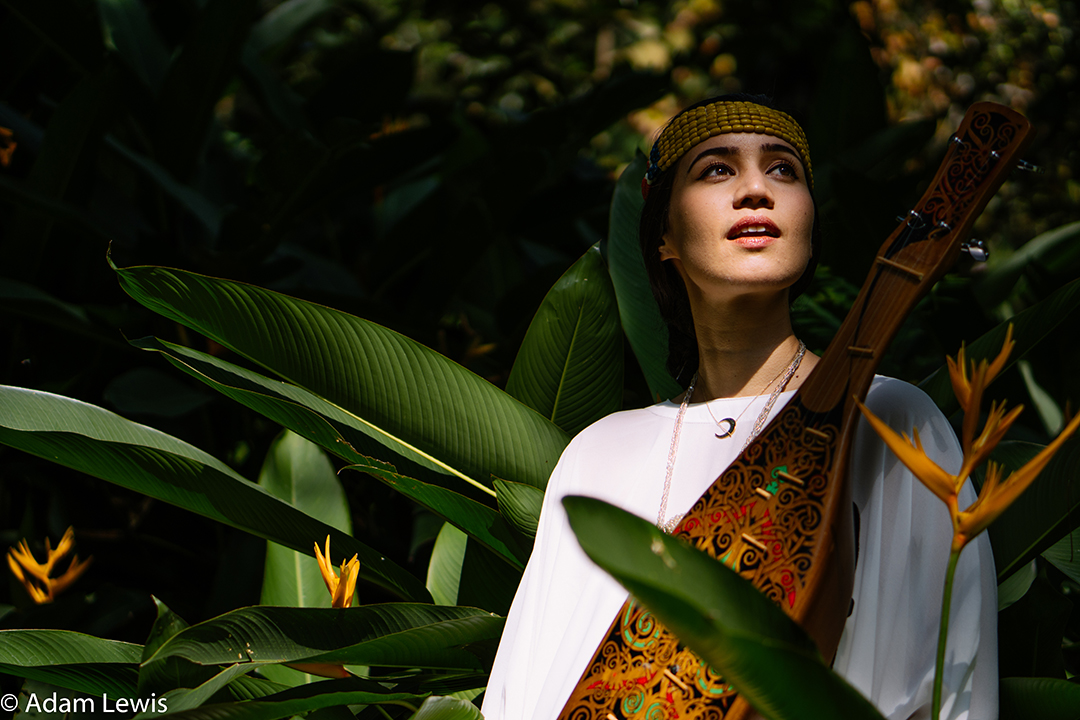 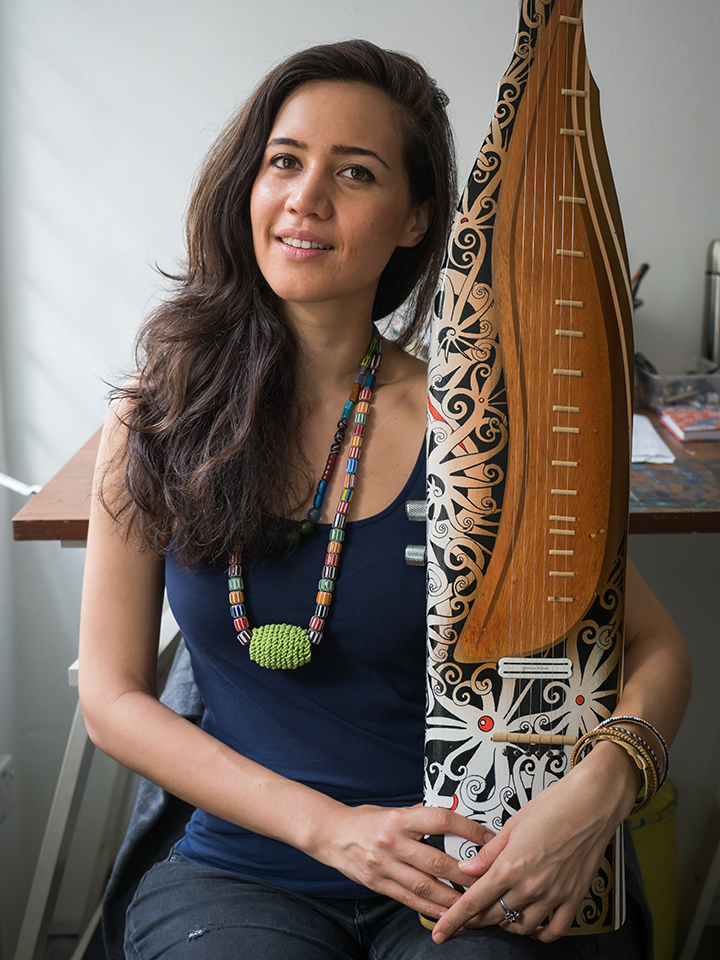 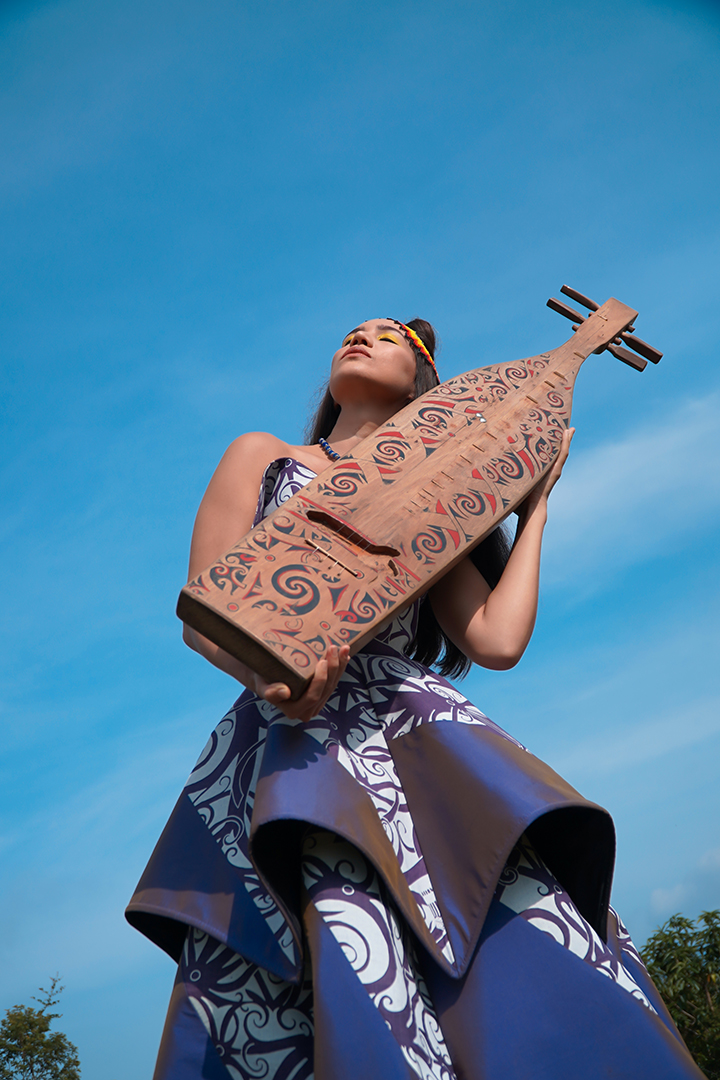 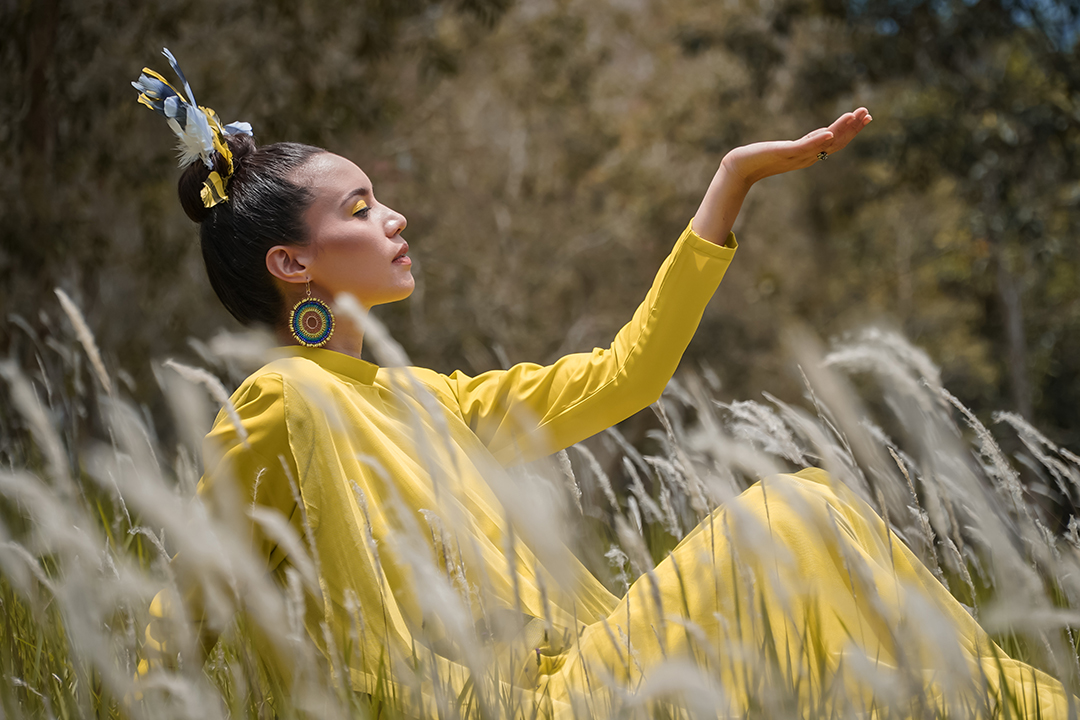 I’m a musician and visual artist, from Sarawak, a Malaysian state on the island of Borneo. My father is of the indigenous Kelabit tribe and I’ve been learning the art forms from elders for over twenty years now – dancing, singing, playing the sape’. Sape’ is a lute instrument which used to be taboo for women to touch. Our people come from the headwaters of the Ulu Baram river, in the world’s oldest rainforests. That’s where our music and stories come from. I work with my cousins to make music and music videos, and other productions that help us make sense of growing up comfortably in seemingly parallel words – traditional and modern, past and present, rural and city. I have a band and we travel to music festivals around the world sharing these songs and stories.

My current base is Kuala Lumpur. It’s a good mix of people and cultures with a growing art scene. It’s city life.. lots of traffic, lots of things going on. I’ve been spending a lot of time in my hometown Kuching (East Malaysia on Borneo island) too which is great because it’s a very small city by the beach near the rainforests and the environment and people really inspire me to create.

The best thing about KL is the community of artists and musicians that stick together and we’re building the industry together.

The best thing about KL is the community of artists and musicians that stick together and we’re building the industry together. The worst thing is the polluted river and the yearly haze.

I’ve been learning traditional music of my heritage (Kelabit and Kenyah tribes of Borneo) since I was six. When I moved to KL for a corporate job, I would play my guitar at an open mic and once in a while would play a song on my Sape’. Very gradually people started hiring me to play at their events, seasoning, etc. That was about five years ago and since then I’ve been able to be a full-time independent musician.

I’ve been learning traditional music of my heritage (Kelabit and Kenyah tribes of Borneo) since I was six.

My family were nervous and worried, but supportive and encouraging all the same.

To continue expanding the reach of our indigenous songs and stories and language through performances and by enabling others to do the same. To continue research and documentation of our cultural heritage.

To continue expanding the reach of our indigenous songs and stories and language through performances and by enabling others to do the same. To continue research and documentation of our cultural heritage.

Not creatives, because around me the creative industry wasn’t vibrant. I grew up around my aunties that were craftswomen and farmers, some of them taught me to dance and sing, some taught me to cook, to weave. I have so much respect for them and their values of hard work, humility and community are what I strive for.

There are gender-specific challenges but not ones that are too big. I think having confidence in myself and my work is something that women tend to feel, and that’s a challenge for me. I do work with a lot of men who are so supportive.

Have confidence in your ideas and talents, and say what you want to say.

Have confidence in your ideas and talents, and say what you want to say.