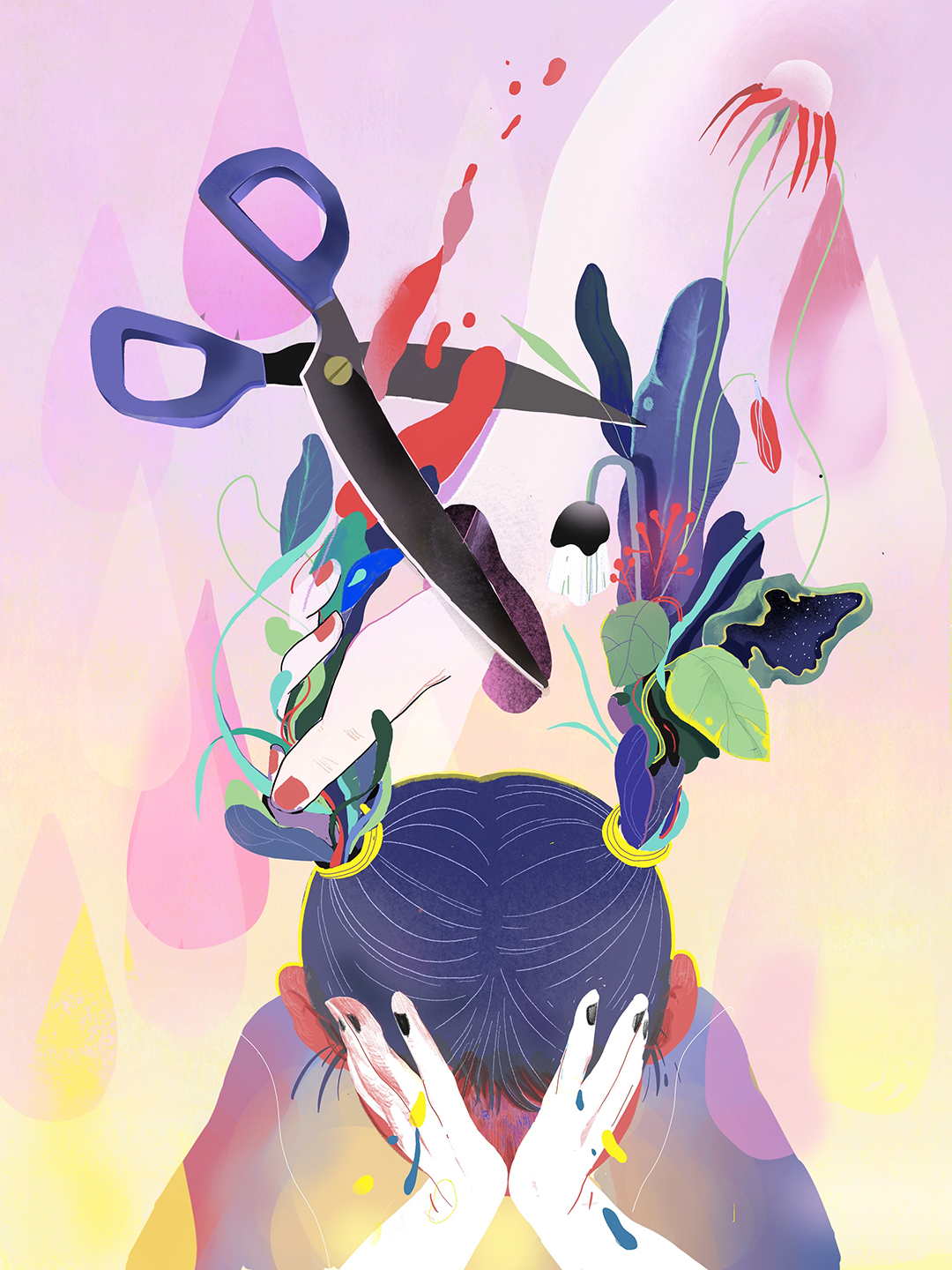 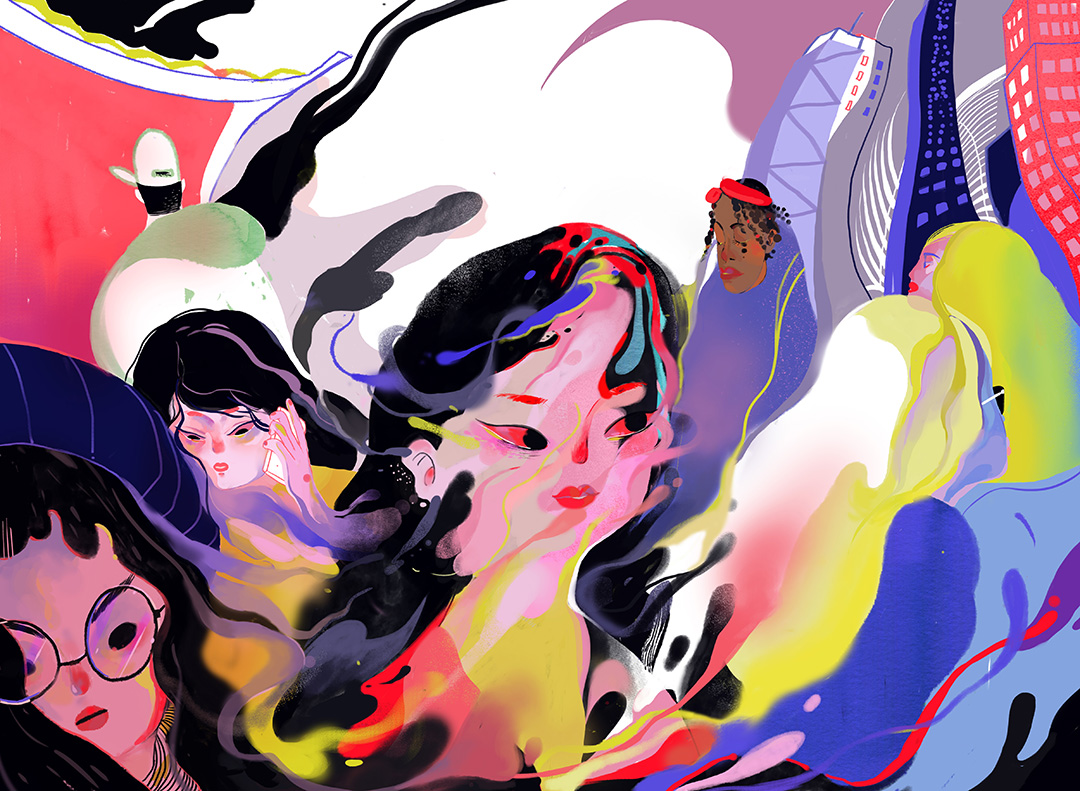 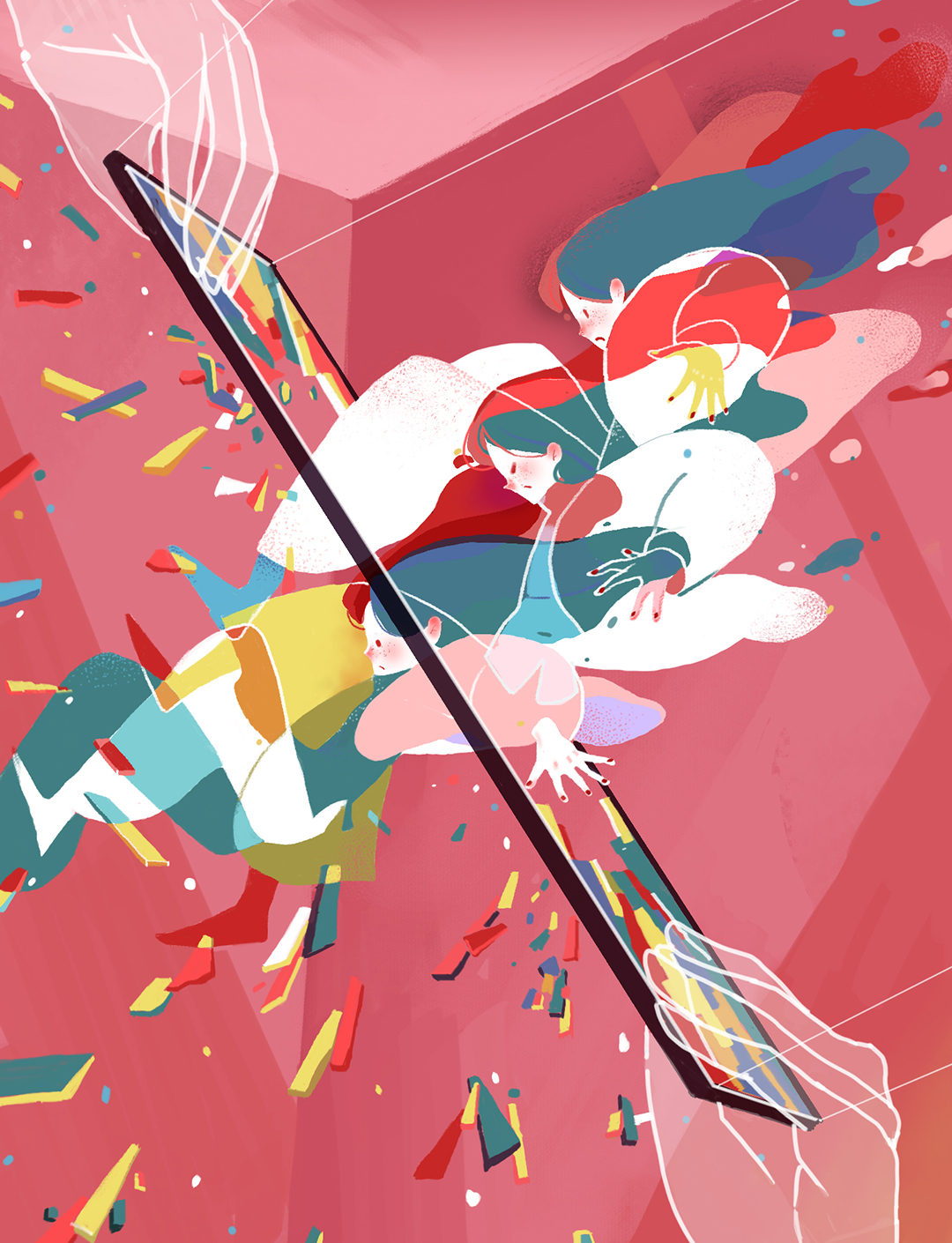 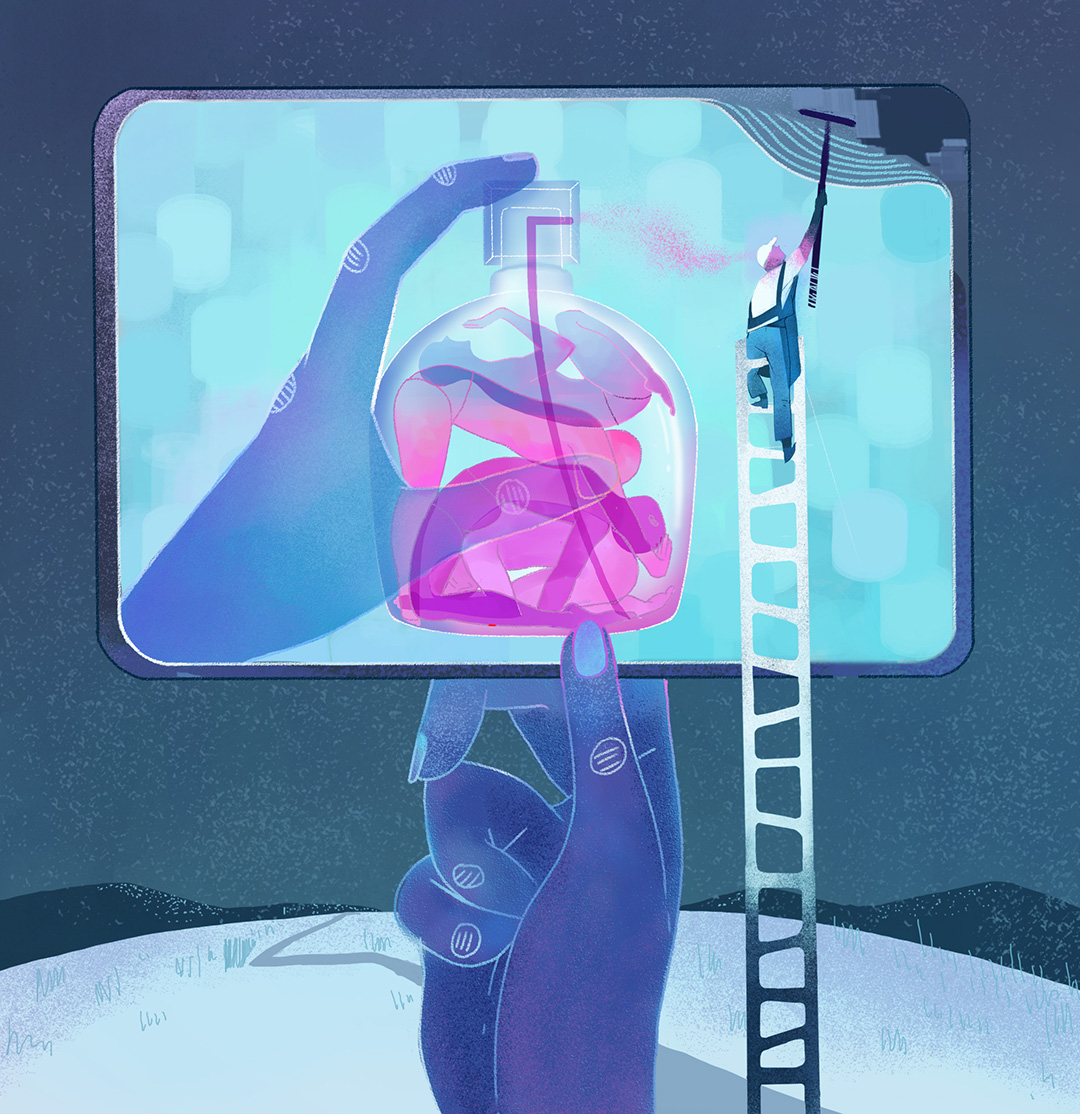 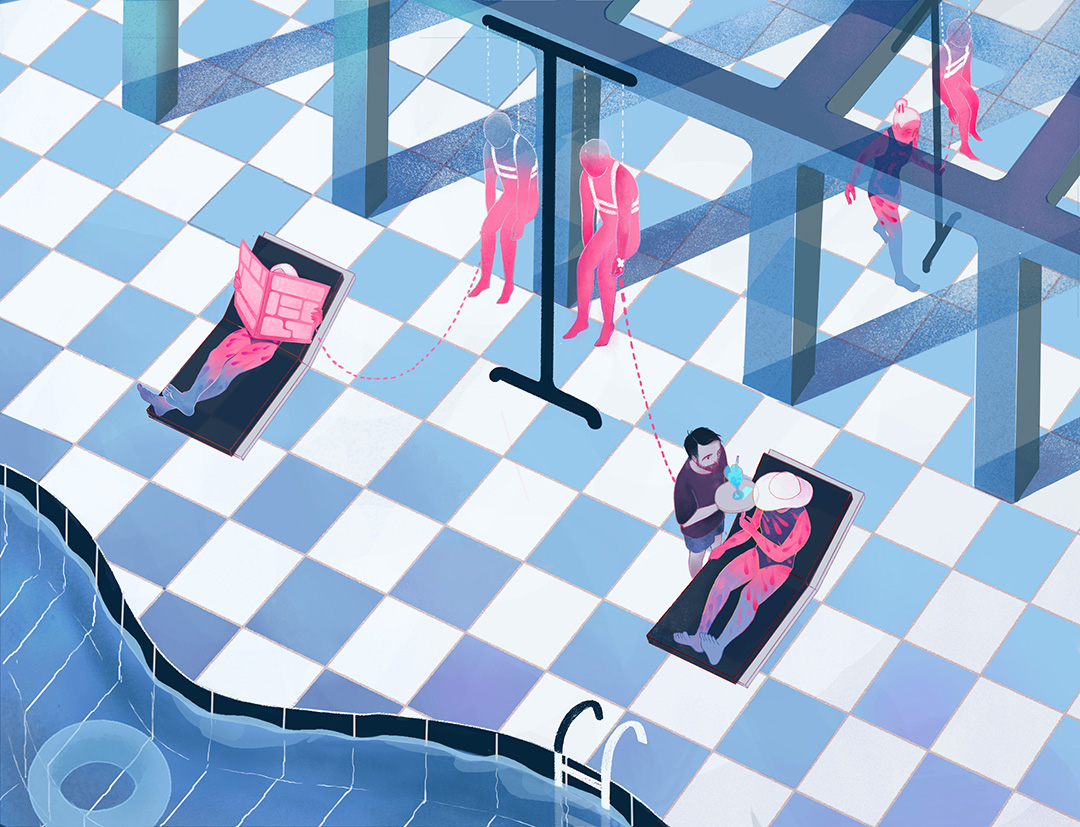 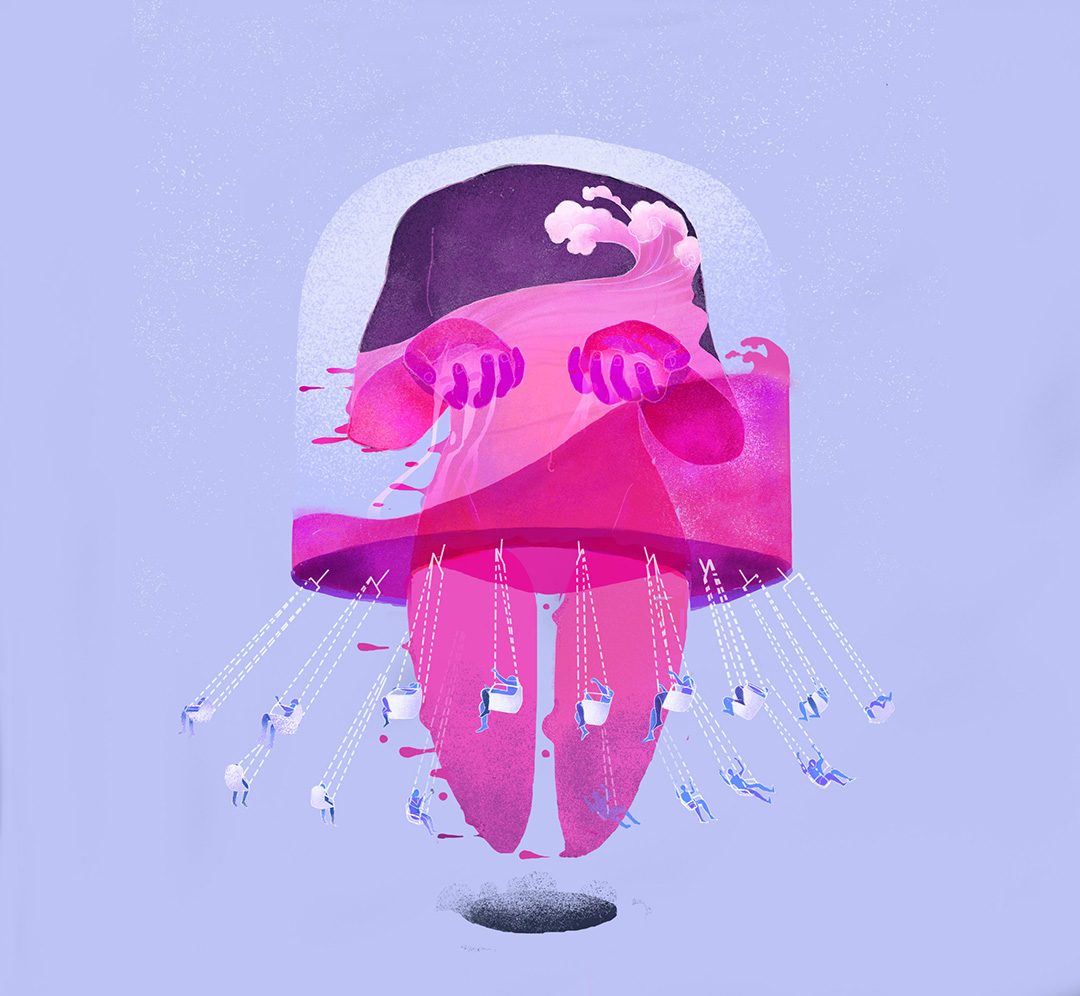 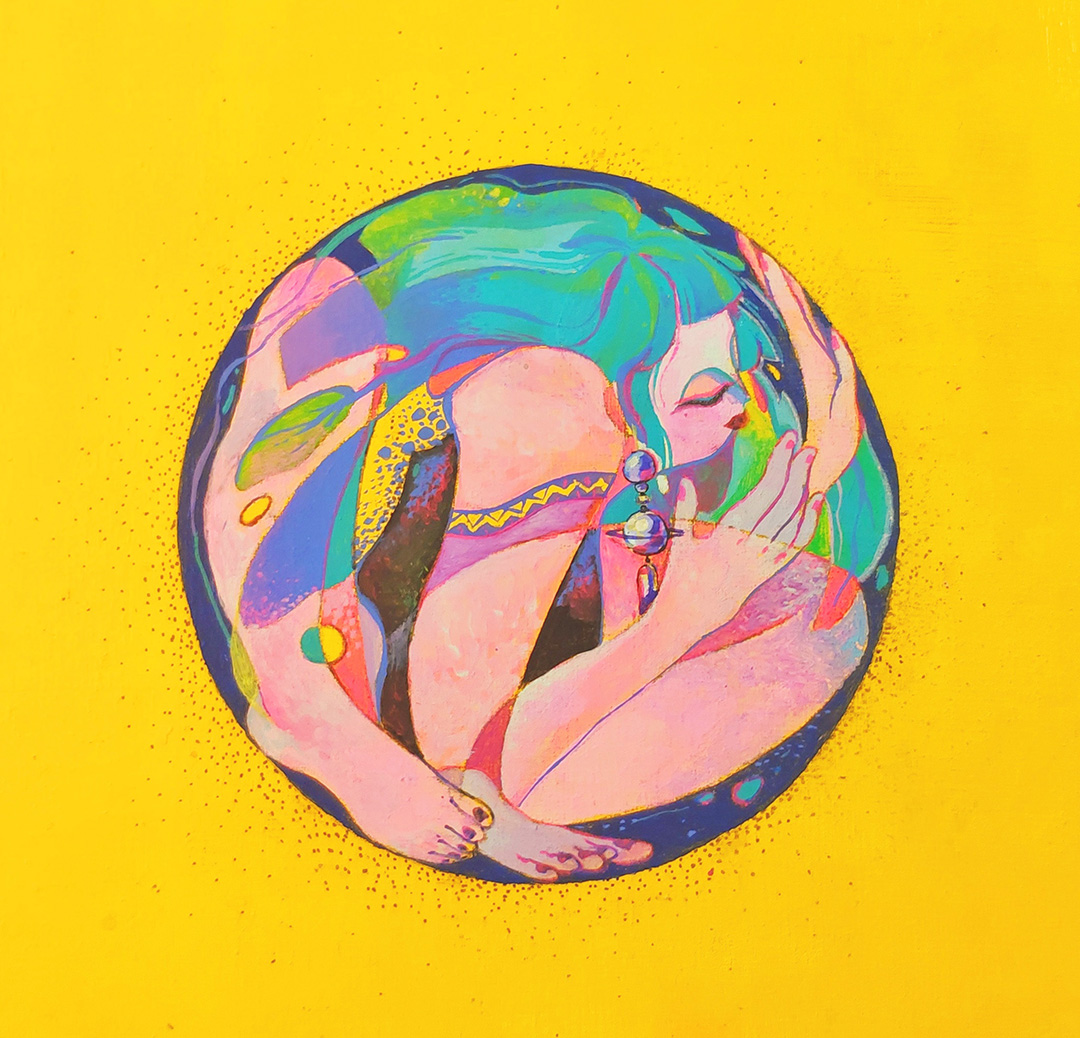 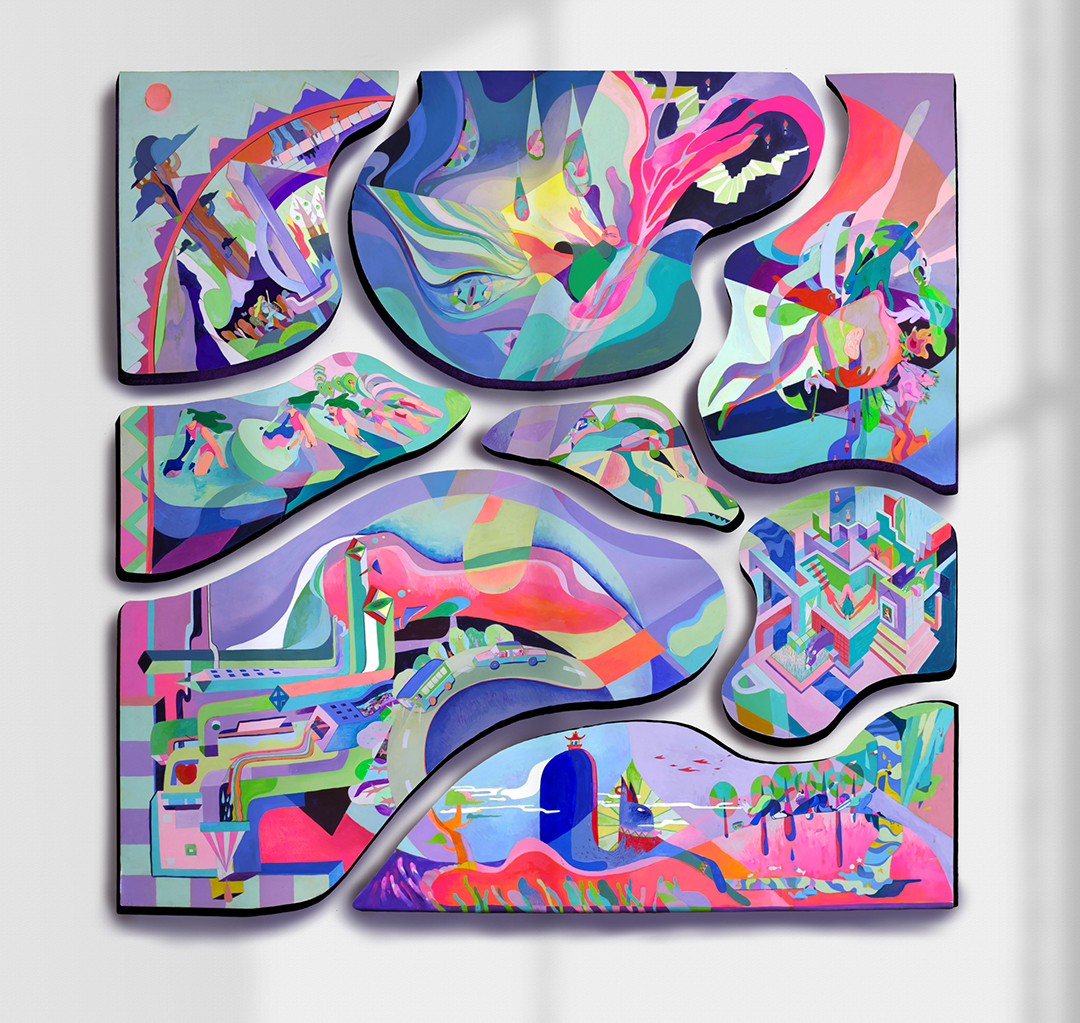 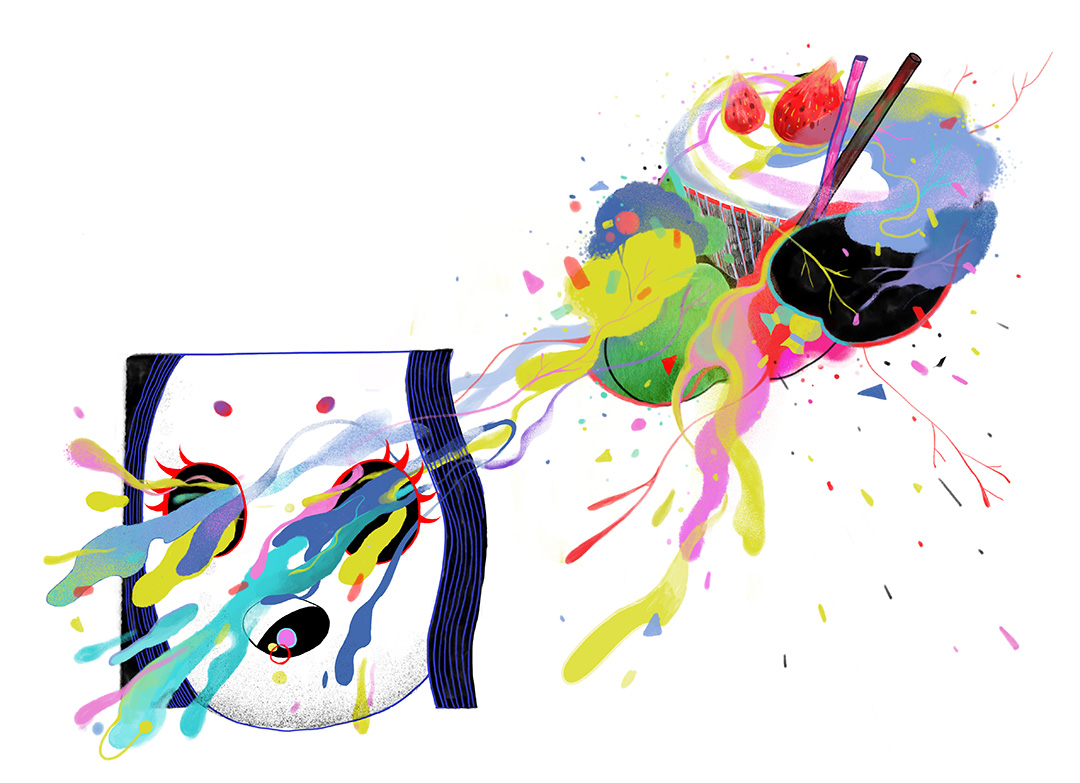 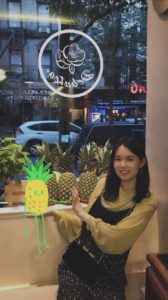 My name is Ke Cui, a freelance illustrator, and animator. I was born in a small city in the Middle East of China. I was not good at math, running, or swimming when I was a kid. The only thing that brought me compliments were drawing and painting. So drawing and painting made me confident. That was why I decided to be an artist. When I was 17 years old, I went to university in Beijing, studied in the animation program.  As a small city girl, I was surprised to find that the lifestyle people have in the international city was so different !!! I had met many interesting people and got influenced by many new ideologies. I became a feminist. After living in Beijing for six-year, I made up my mind to go to New York, a city famous for its diversity. So I planed to pursue my education. Last May, I graduated from the MFA Illustration program at the Fashion Institute of Technology in New York.

I had lived in Beijing for six years and right now I am living in New York. I like these two cities very much.
Let’s start with Beijing.
Compared with other big cities in China, Beijing looks rough. When I first arrived in Beijing, I was really disappointed. The crisscross alleys, the tiny advertisements on the electric poles, and old buildings expand disorderly to the boundary of Beijing. It’s hard to define where the city center is. There are still large farmlands near downtown, which is a sight you can not imagine in Shanghai.

New York is the same as Beijing: narrow roads, buildings old and new covered in graffiti, vendors cried their wares in the street. It looks a bit messy. However, slowly stayed for a long time, I suddenly found that the roughness is not the shortage but also the charm of these two cities. Because you can feel all the different people living in the city through that farmland, street graffiti, and street vendors. That roughness in things is evidence, which shows the accumulation of time and history. Make a concrete jungle vivid. Make the city have its unique charm.

All cities are the same, people are always the most interesting scenery in a city – and this is probably an important reason why we love cities.

All cities are the same, people are always the most interesting scenery in a city – and this is probably an important reason why we love cities.

Beijing
Best：There are super wonderful rock live a lot, and the tickets are very cheap.
Worst：It’s too big. Beijing is 13 times the size of New York. You need to think about commuting to work.

I also sent my portfolio directly to agents and art directors for cooperation via email.

My mother said to me since childhood that my happiness is the most important.

In the small city where I was born, being an artist is criticized. For example, some of my relatives think that I am not engaged in a proper job. Most Chinese parents have a vision of their children’s future as teachers, lawyers, and doctors. This is also a common fault of Chinese parents. They put too much expectation on their children. But my mother said to me since childhood that my happiness is the most important. So when I said I wanted to be an artist, my mother gave me a lot of support.

I think doing art is a process of fighting against yourself.  Art is not like a math exam. The more questions you answer correctly, the higher your score. So only I can know whether this work is what I want to draw, even if others don’t like it.

Once you want to make money, there are many projects that you have to do even if you don’t like it. This process is a little painful. I hope that in the future, I can skillfully turn the project that I don’t like into one I like.

I think doing art is a process of fighting against yourself.

If I use one word to describe the women around me, it can only be said that they are all human beings. I can’t sum up each one of my female friends. They are so different.

If I use one word to describe the women around me, it can only be said that they are all human beings.

Li Yinhe, she is a sociologist. Her main academic interests have been sexual norms in contemporary China, homosexuality, diverse sexual behaviors, and women’s studies.

She was my first sex education teacher. When I was growing up, there was no sex education course in school. When children asked: “where do I come from?” Chinese parents always answered:” We found you inside a dumpster ”. I remember when I was in primary school, there were even girls who were scared to cry because of their first periods and felt that they were dying of bleeding. Li Yinhe was the first writer I know who wrote about “sex and women.”. In her writing, sex is no longer a taboo, but like eating and drinking water, it is just a physiological phenomenon of ordinary people. For a girl living in a conservative environment, it has undoubtedly had a great impact on me.

As a female illustrator, I don’t feel any problems because of gender.

Your happiness can only be realized by yourself.

Your happiness can only be realized by yourself. So do whatever you want to do with confidence. Don’t let the outside voice affect your decision. In particular, I want to say to the young women in China that you are really great. You should think highly of yourself, like yourself more, and express your voice to the outside world.

Which one you think is better? Sticking with one style or experimenting with different styles?