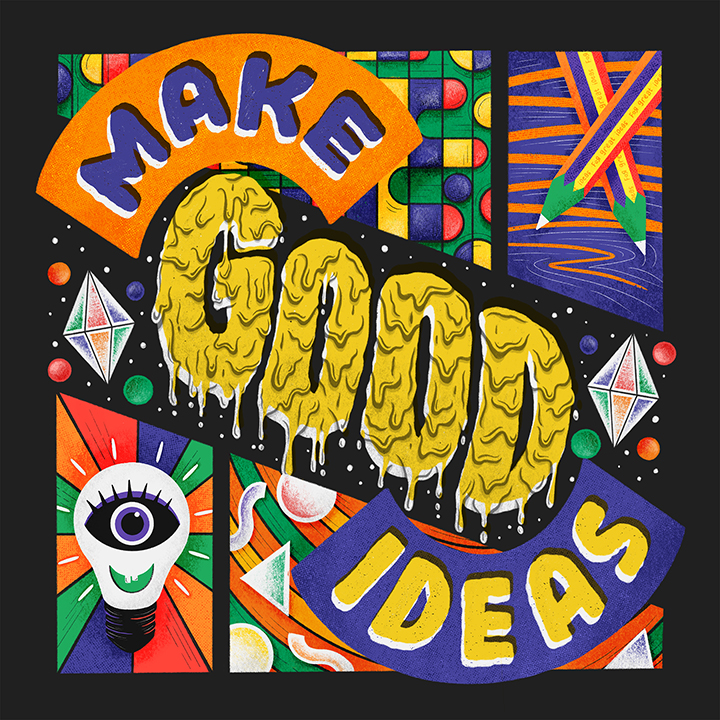 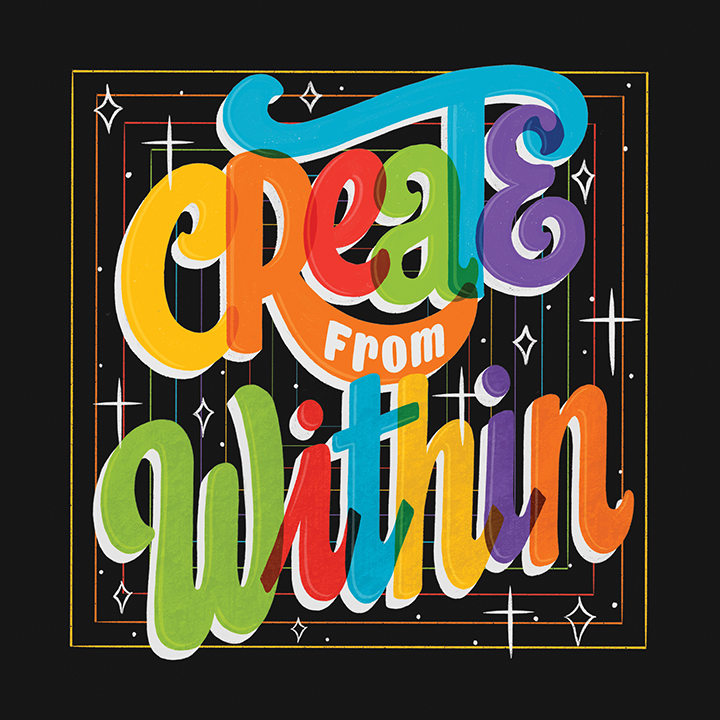 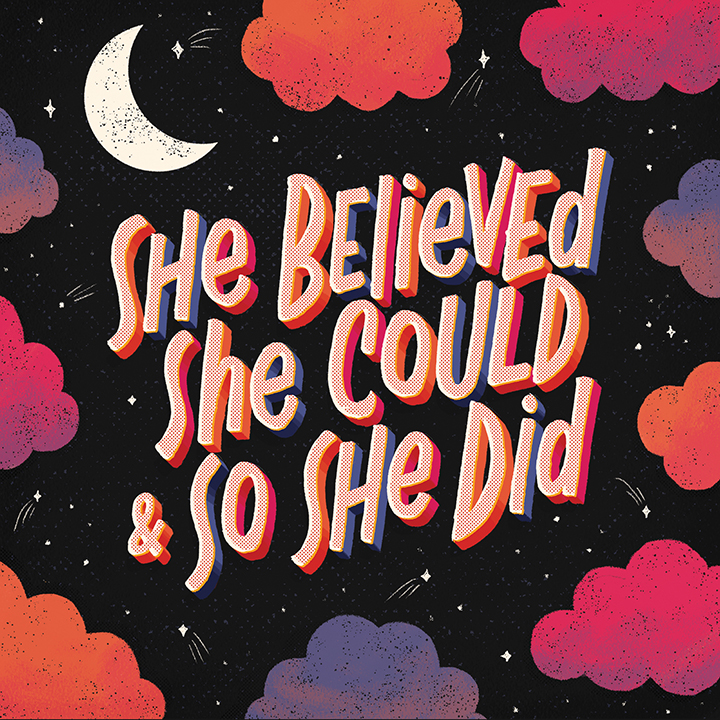 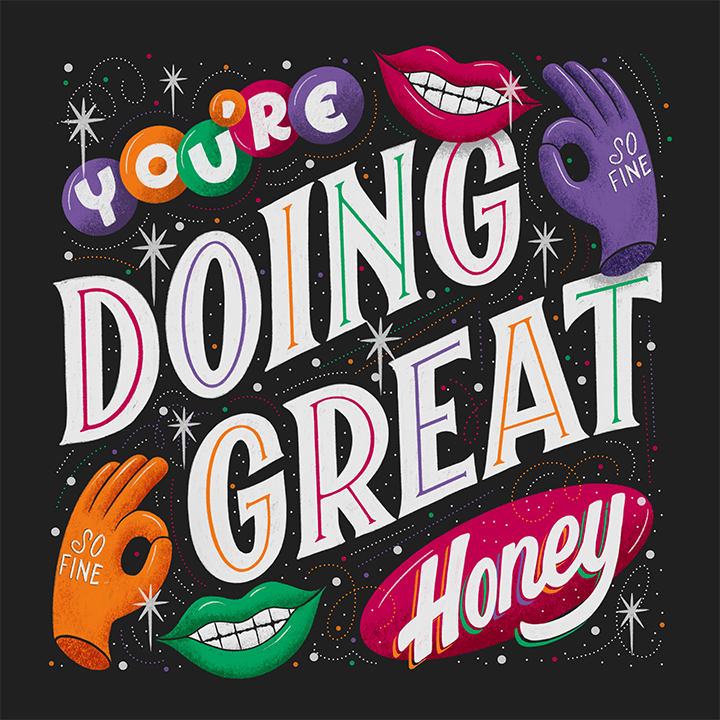 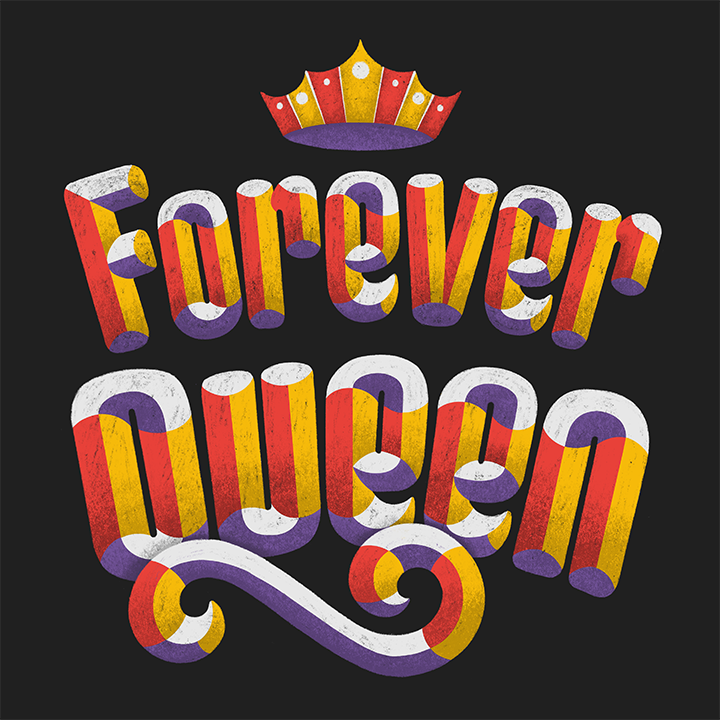 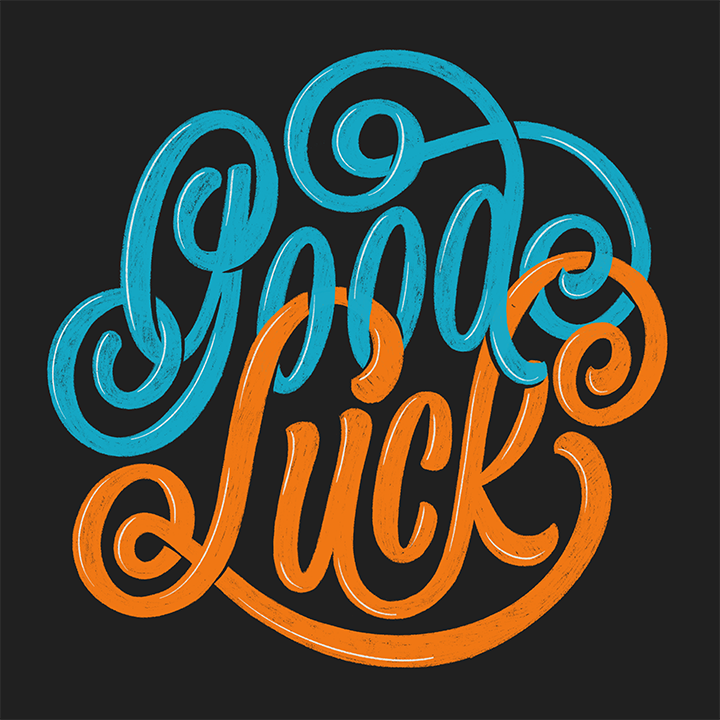 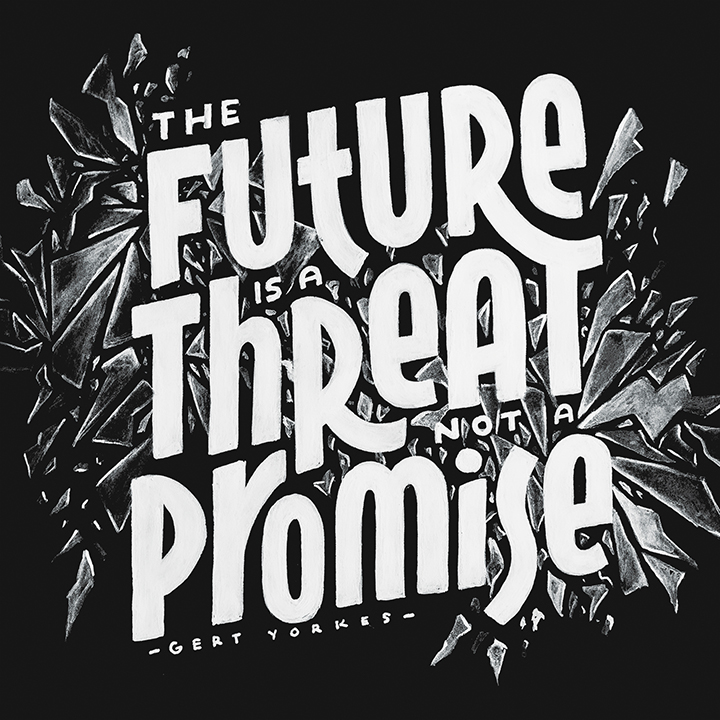 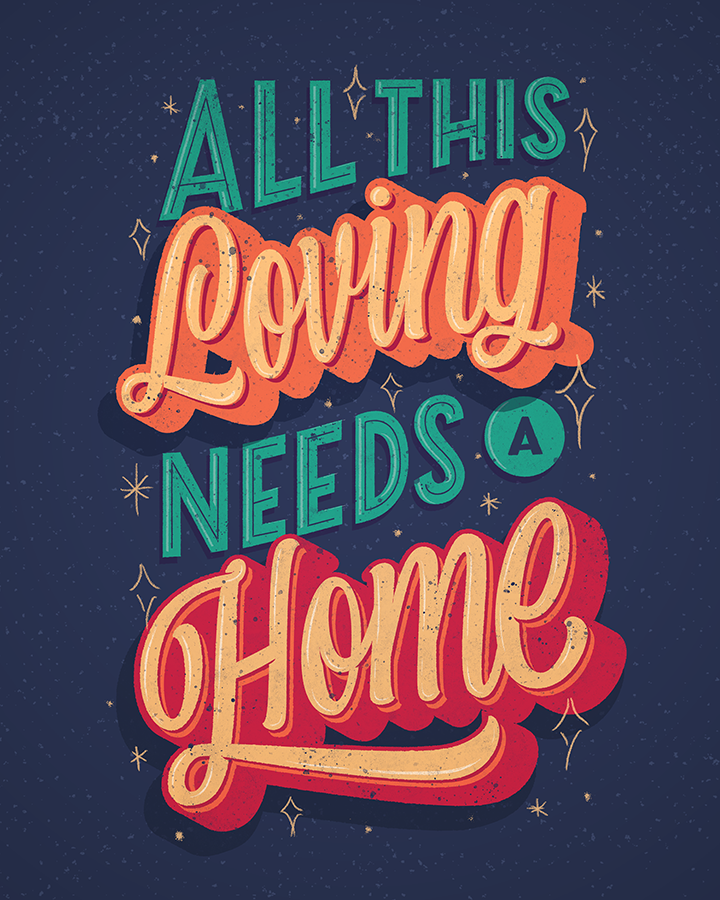 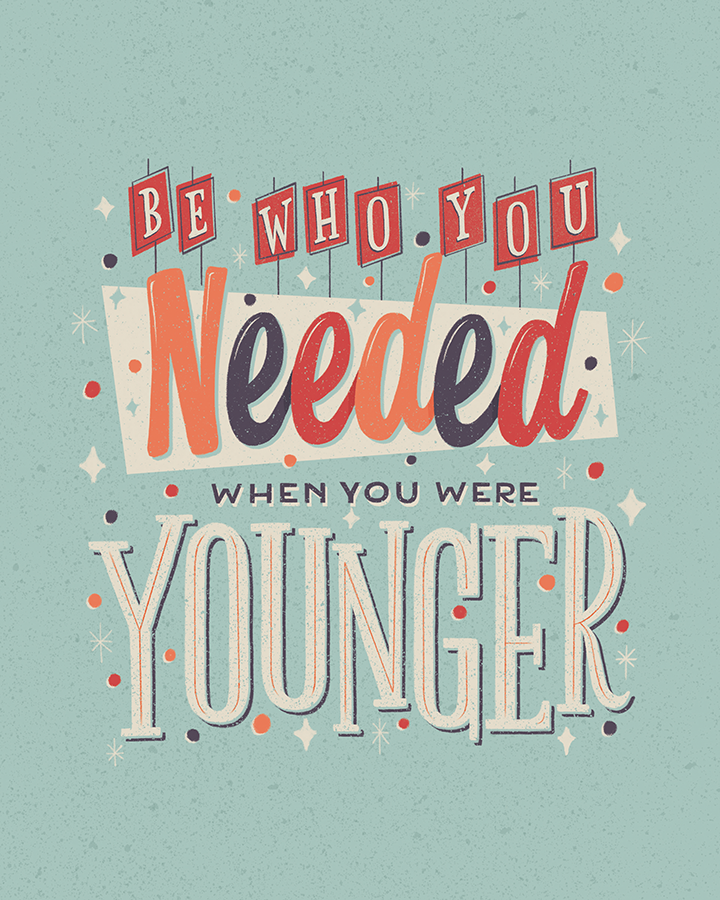 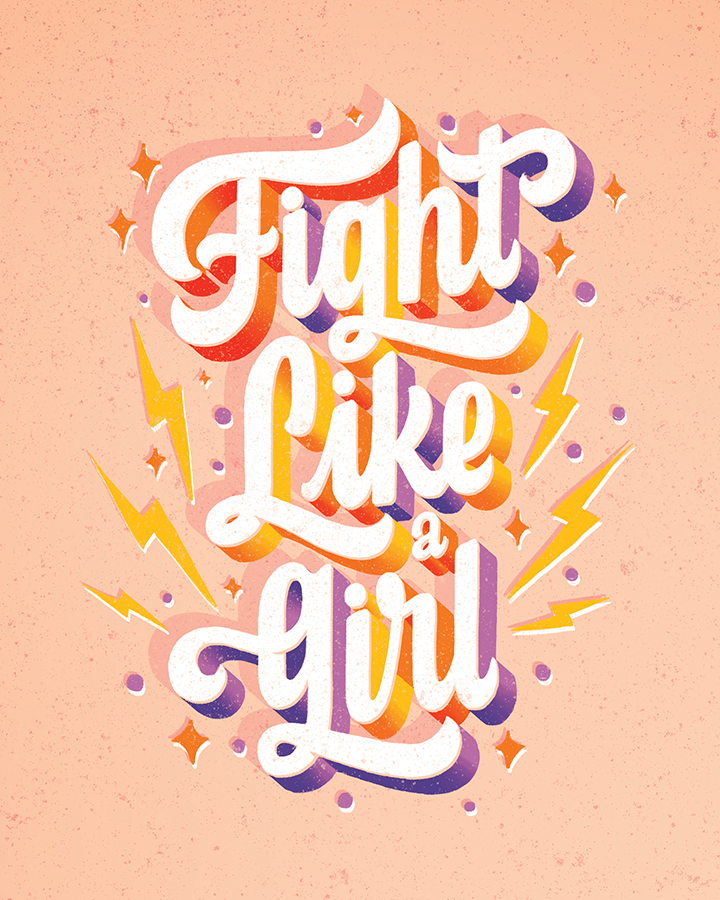 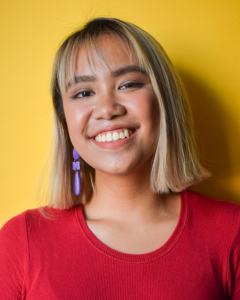 Hello! I’m Kitty Jardenil, a graphic designer and lettering artist based in Manila, Philippines. I’ve worked with local businesses both big and small at the peak of my teenage years, including ABS-CBN Books, San Miguel Corporation, and FILED, and I’m looking forward to collaborating with more people in the future.

I’m currently a junior college student of one of the top art schools here in Manila, and I juggle a lot of things: academics, personal projects, freelance work, being the creative director of my school’s student publication, the Benildean Press Corps, and life in general! I cannot reiterate enough how frantic and overwhelming my life can get, but I’ve been so grateful for the people who have come my way and the little moments I’m lucky to have witnessed. It’s the small, barely visible yet so beautiful things that I cherish in my journey so far.

I live in Manila, a giant maze of beautiful people whose hard work and dedication leave footprints of inspiration wherever they go. It’s filled with both quaint and modern infrastructures, so I’m always moved by what the world was back then and what it is today. The city can get a little stuffy and overwhelming with noise and smoke, but these inconveniences never stop me from appreciating the little surprises of life. Manila is also a place where I can learn more about myself, from interacting with a diverse set of people to finding various opportunities. I’ve realized so many things I never thought I would.

I live in Manila, a giant maze of beautiful people whose hard work and dedication leave footprints of inspiration wherever they go.

The best thing about Manila is that it’s brimming with so much talent! The world needs to know more about Filipino creatives. I also love the local food here! I can never get enough of our desserts and snacks, especially since they always remind me of my childhood.

Worst thing? The system of public transportation. Because it’s not being well taken care of, people result to private cars, which causes really heavy traffic. It would take two hours to a destination that would only take 45 minutes on normal circumstances. This is not only a huge inconvenience in my part but also a pain for daily commuters who have honest and demanding jobs. It breaks my heart to see so many hardworking people having a hard time commuting!

In my childhood days, my parents encouraged me to join art workshops and provided so many arts and crafts materials I would never run out of fun at home. My typical afternoon back then was Barney (the purple dinosaur!) playing on the TV and sequins, papers, glitter glue, and crayons scattered across the floor.

Then grade school and early high school came, and I got into books. I was an avid reader and fangirl, and this habitual fanfare of mine led me to write my own angsty stories and poems. While I would write on the side, I would also religiously go to Tumblr. I followed simple Photoshop tutorials and posted my own graphics and gifs there. I did not know it then, but Tumblr was the catalyst for my love for design.

Eventually, in my last years in high school, I joined a calligraphy and lettering workshop. At first, I didn’t want to join. I knew I wasn’t good at it and thought I never would be. But my friends convinced me to join, and I was instantly hooked. I knew it was the marriage of the two things I love: art and writing. After that fun afternoon, I practiced lettering after doing my homework each day. The rest is history!

I’m pretty lucky to have found my love for lettering and design at such a young age because I’ve been able to dream big, make decisions, and plan my path for what I want to be doing in the future as early as now (though it’s been a pretty bumpy ride).

I’m pretty lucky to have found my love for lettering and design at such a young age because I’ve been able to dream big, make decisions, and plan my path for what I want to be doing in the future as early as now (though it’s been a pretty bumpy ride).

Some Filipinos still have the perspective that there is no money in art, but I’ve been lucky to have been mostly surrounded by very supportive friends and family, especially my parents. There definitely were setbacks that made me question what I was doing, but I

always found the courage to continue what I love to do the most in the hopes of inspiring others to do the same.

The local arts community has been a very big influence on me as well. They continuously offered support, help, and guidance, and it never came to a point where I felt like I was inferior to them because of my lack of experience. I even created lifelong friendships in the community too!

I always dream big, so when I do reach a certain dream, I have another to look forward to. I have a note in my phone where I just list a bunch of dream clients and dream projects, and though not much has been ticked, I still push myself to work hard to hopefully reach them.

Some of my goals include traveling to do murals and workshops in other countries, collaborating with companies and publications like Coca-Cola, Uniqlo, and Time Magazine, creating merchandise for a global audience, and even writing a book and getting it published (both fiction and one about art!). However, my biggest dream is to work with big publishing houses like Penguin and HarperCollins to create beautiful book covers. Little me would be so proud when that comes true!

In a heartbeat, I would say, Paula Scher, Jessica Walsh, and Jessica Hische, the three women I really look up to. They are so amazing it makes my heart melt when I hear about their stories!

My non-designer/artist picks would definitely be Paramore, Sara Bareilles, Lemony Snicket, and Suzanne Collins. I grew up listening to their music and reading their works, and it would be a full circle to collaborate with them on exciting projects.

I’m so fortunate to be surrounded by strong women! Whether in school, during freelance projects, or at home, my encounters with women have always been something so dear to me. They give me strength and positivity, which contributes to the way I see myself. My country remains conservative, so patriarchy is still a large part of life here. However, I’m beginning to see progress for equality. Women are now feeling more empowered than ever, and I’m glad I was born into this time where history is being made. I have a little sister who is ten years old, and I always do my best to show her what it means to have power as a girl, so she can be empowered too.

I have a little sister who is ten years old, and I always do my best to show her what it means to have power as a girl, so she can be empowered too.

Growing up, I looked up to Risa Rodil. Back in my Tumblr days, I would always see Risa’s works, and I regularly reblogged them. Her eye for color and composition is so incredibly bold that she never runs out of ideas. Her current client list is a dream, and I look forward to her upcoming projects!

Though I haven’t experienced grave issues firsthand like some of my fellow female artists, there have been times where I would be approached with a project that entailed me to create florals and feminine scripts. Though there is nothing wrong with this style per se, I feel pigeonholed with what I can do just by the fact that I’m a woman. I’m not given the opportunity to pitch ideas anymore, and therefore the project doesn’t allow me to grow as an artist.

While we’re at the stage of progress, where women are more visible and empowered, there will still be challenges to overcome, such as equal pay and respect in the workplace.

The biggest step is the first step, which is to try new things.

The biggest step is the first step, which is to try new things. Experiment, try different mediums, expose yourself to new ideas. Don’t get frustrated in finding a certain style! It comes after a long time of searching, trying, and mish-mashing.

The last step is… Well, there’s none. There’s never a last step. Keep learning, dreaming, doing. Never, for a moment, feel like you’ve made it because there’s always a new dream to follow!