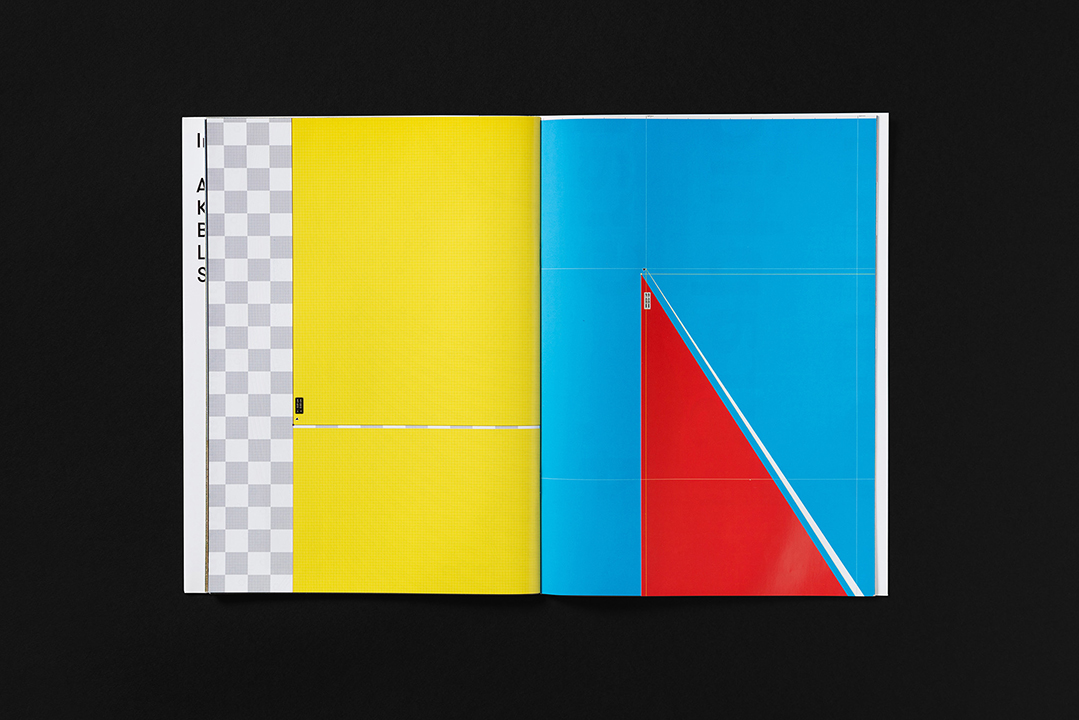 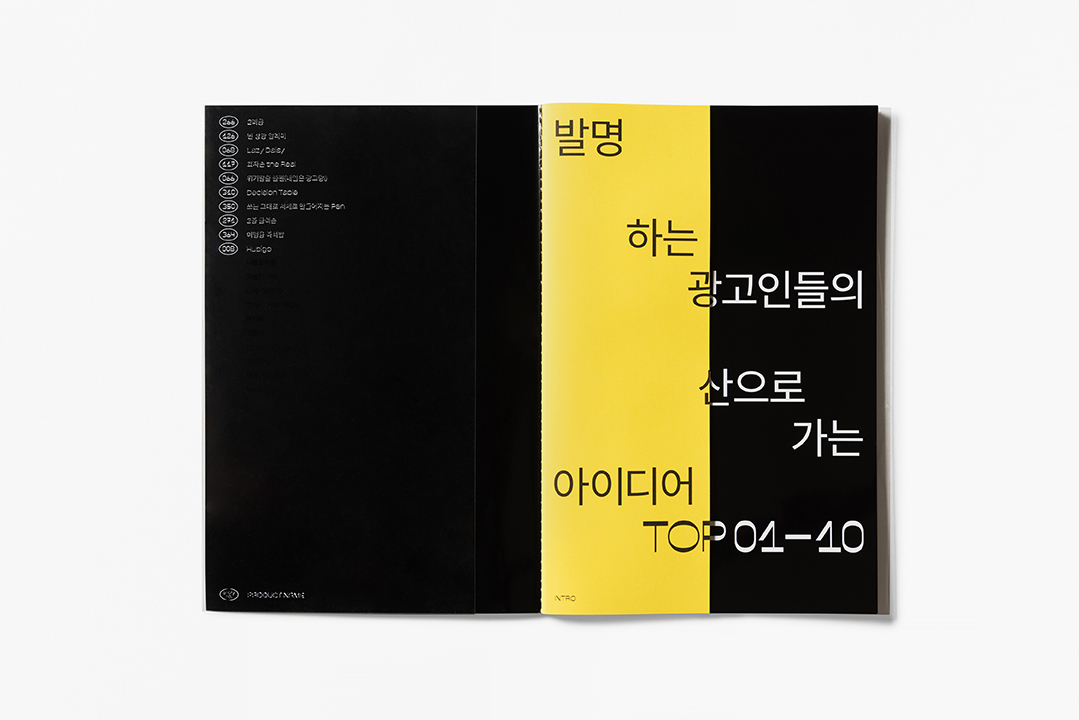 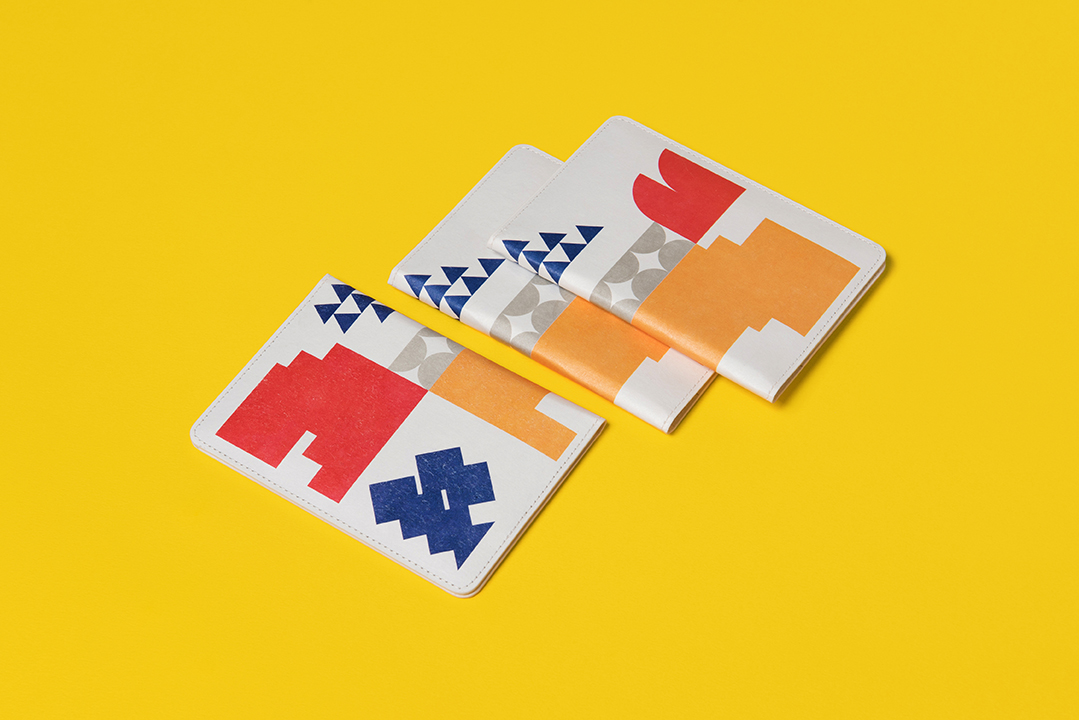 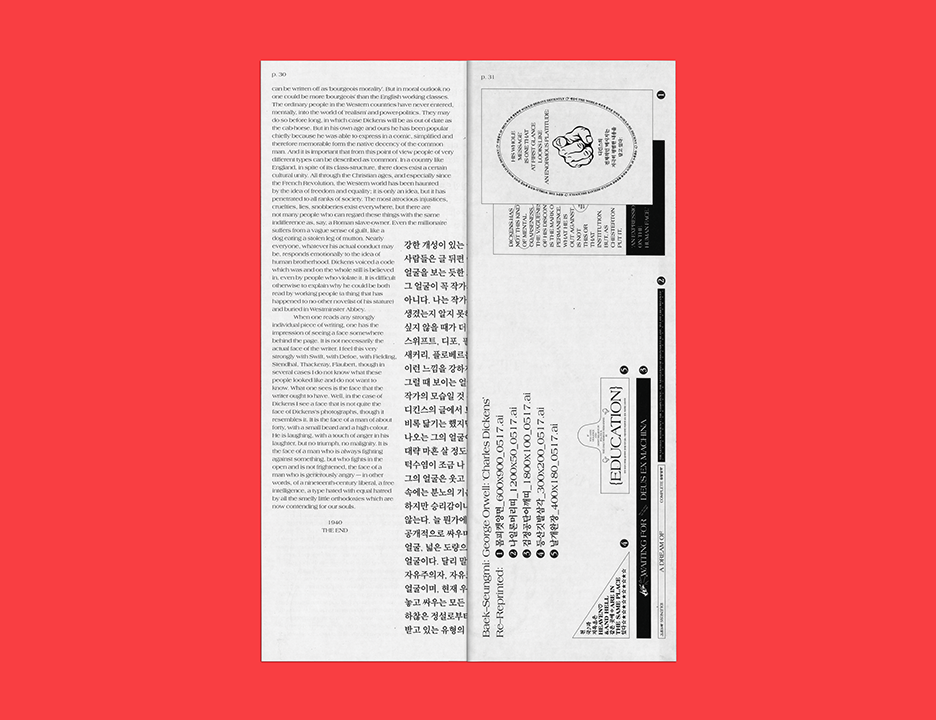 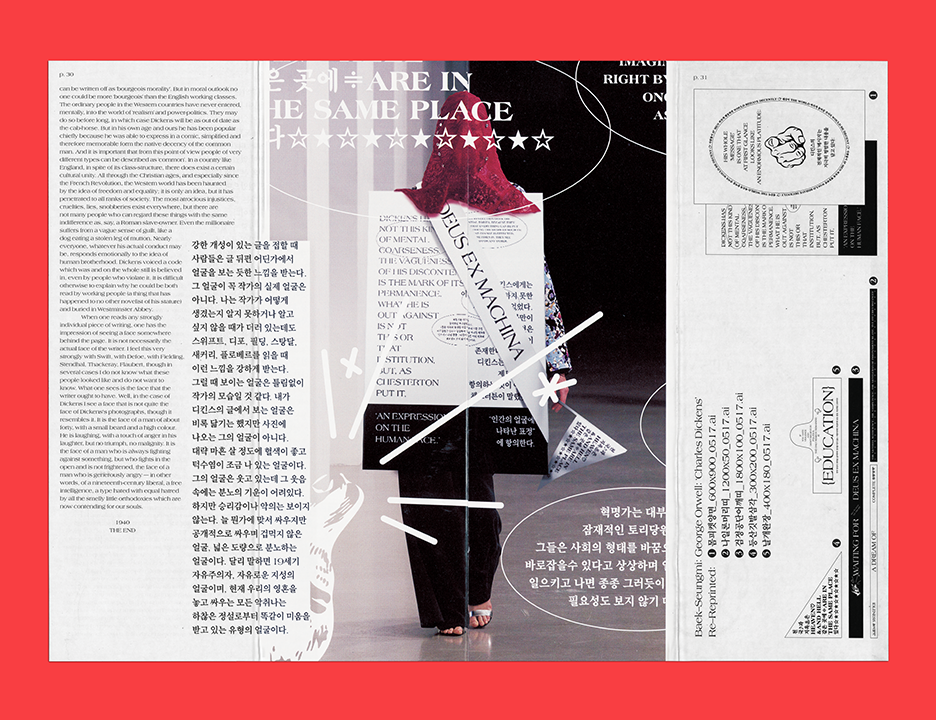 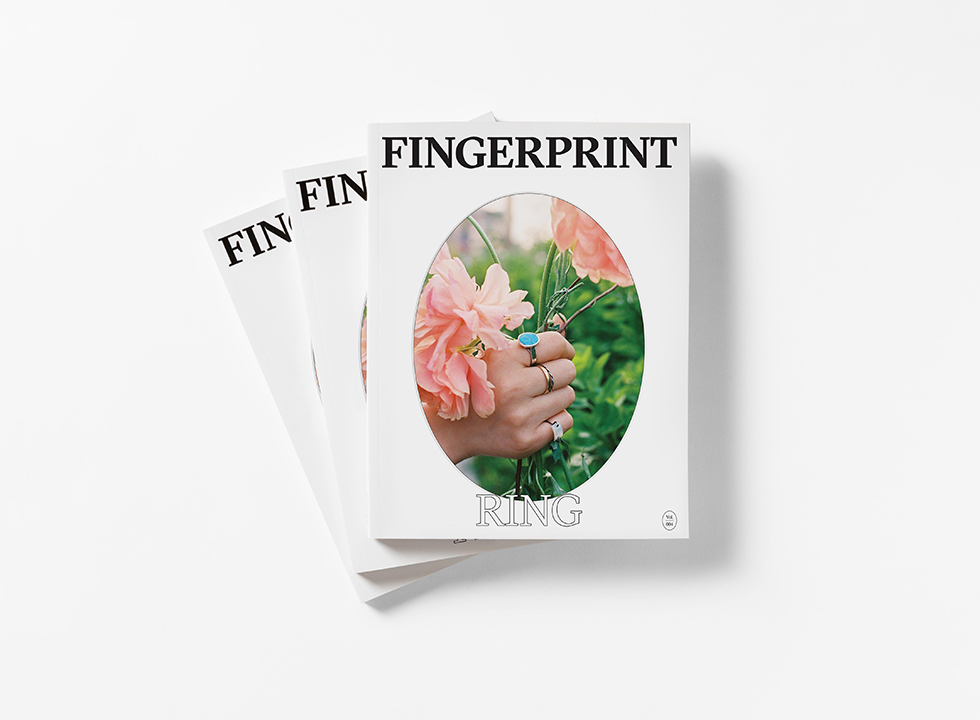 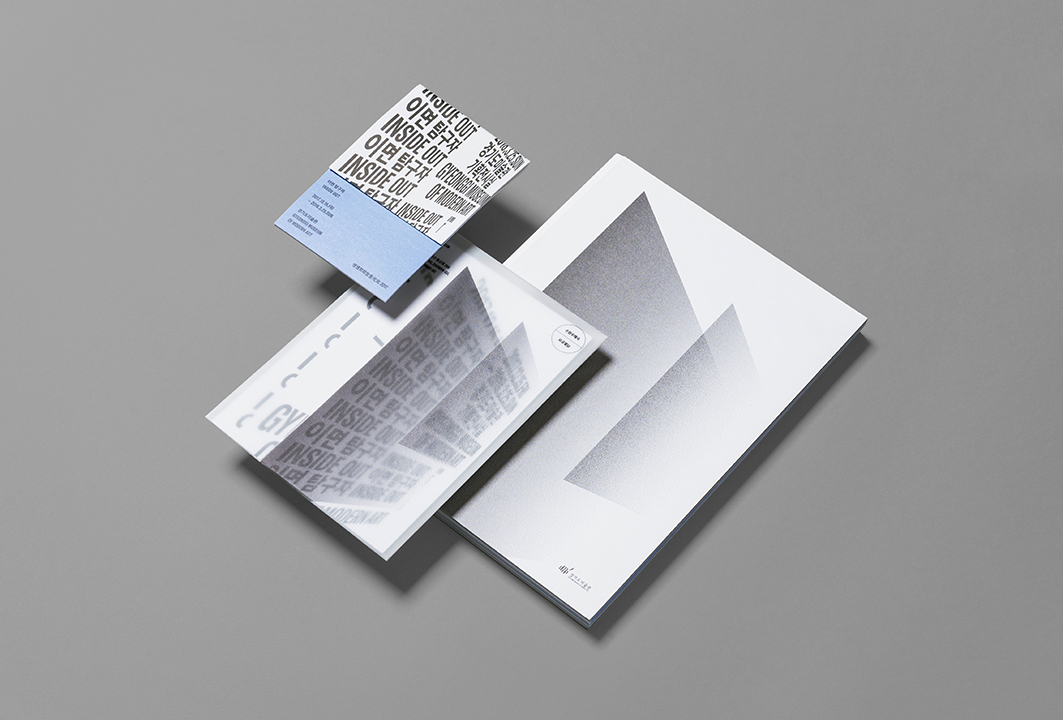 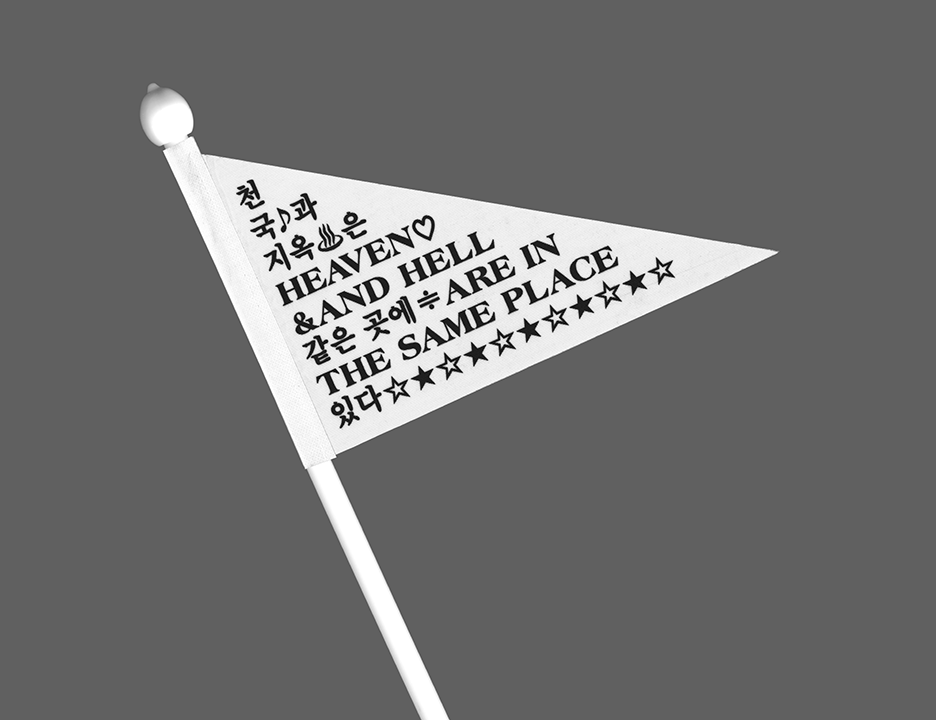 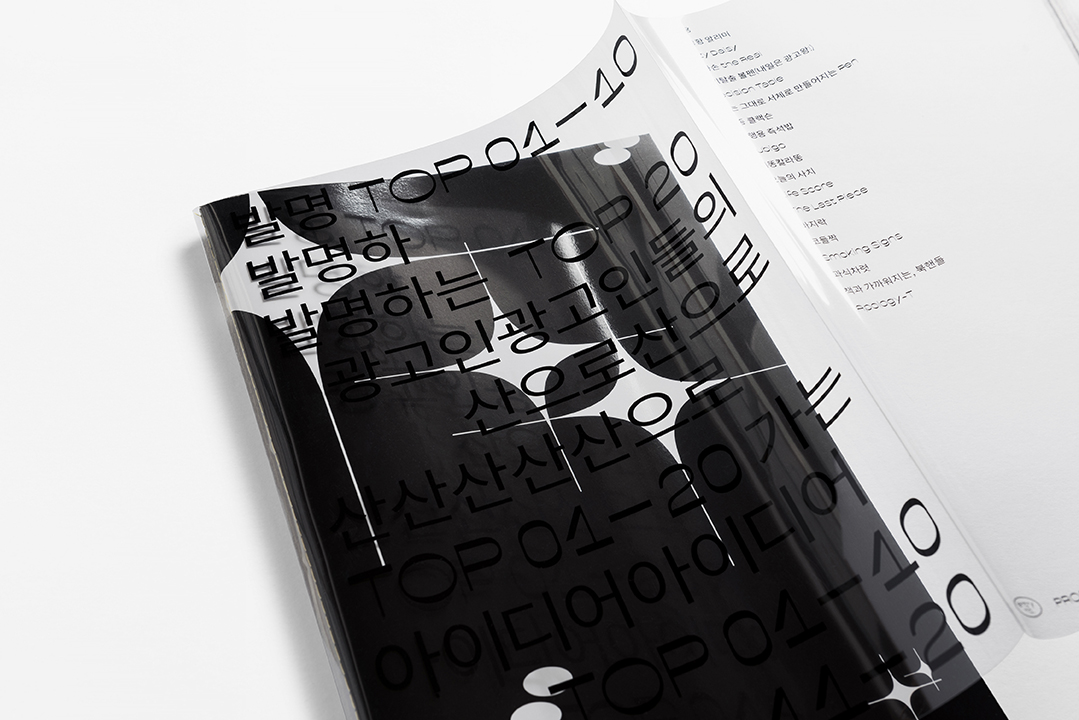 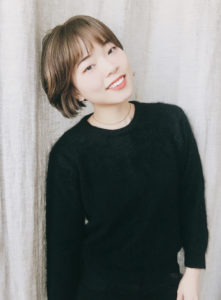 I am working as a senior graphic designer at Ordinary People, a graphic design studio based in Seoul, Korea since 2015. As a hobby, I’ve been running for several years, and that’s where the name of my website, RSG WORKS — Ready-Set-Go Works, comes from. Every time I run, I think that running is similar to work and life. Even though you are out of breath and exhausted right now, if you keep steady every day, you will definitely be rewarded. Also, it is a bonus to see small but nice scenery in front of you from time to time.

Before I moved to Seoul for college, I was born and raised in a city next to Seoul called Incheon. Incheon is a big city with a port and an airport, only 1-2 hours away from Seoul. Because of short distance, I thought Seoul and Incheon would be almost the same. However, Seoul, which I encountered as an adult, was completely different from what I expected. Incheon is rough and unsophisticated like time just stopped. On the other side, Seoul is sharp, fashionable and trendy in every aspect of people, architecture, and culture. The city flows and changes every day without staying still. I moved to Seoul nine years ago, but it’s been only three years since I started to adjust to life here.

Every time I run, I think that running is similar to work and life. Even though you are out of breath and exhausted right now, if you keep steady every day, you will definitely be rewarded.

Figuratively speaking, Seoul is like an upper stream of water. In terms of culture, everything flows in and passes through quickly. All the flowing things do not stay, they just pass by. You must wake up or you could be drifted away.

Most Korean students are forced to choose either literature study or science study in high school and get good grades for entering a famous university in Seoul. The art study is not ​​recommended unless the student strongly desires by her own will. I was a typical student of Korean education, but suddenly one day I felt dizzy about my future. Will I have to walk this boring road that I have been doing all my life? So when I was in high school, I dreamed of a life as a creative. While majoring in visual communication design in university, I got interested in graphic design such as branding and editorial design. Upon graduation, I was lucky to get a chance to work as a junior designer at Ordinary People, and I am continuing to work as a senior designer until now.

So when I was in high school, I dreamed of a life as a creative. While majoring in visual communication design in university, I got interested in graphic design such as branding and editorial design.

When I decided to go to art college, my parents, especially my mother, violently opposed to my decision. Since I promised to prepare assiduously for the college entrance exam and kept my word, now I can continue my career as a designer after graduating from art college. But my mother is still worried about my career and future. I agree with my parents’ point of view that it’s not easy to gain wealth and honor as a creative in Korea. And especially it’s even harder without a special basis such as relation to a good school, region, economic means and so on.

In the next 10 or 20 years, I want to be a person who can appear like this in the conversation of young female designers.

“I know her too. The project she worked on a while ago was super cool. When we are in our 30s or 40s, I wish we could work just like her. I’m totally excited.”

Legendary figure skater and female leader of South Korea, Yuna Kim. I am a huge fan of her and I admire her constant effort, her mental ability to overcome crisis, and her dignity. Whenever my personal crisis comes up, I watch her competition video over and over. And then I always get inspiration and strength to stand up again. I wish I could be someone like her who can inspire and empower others.

Strong, smart, fearless wolves that are ready to fight against injustice. These days, I get my inspiration and courage from female graphic designers of FDSC, Feminist Designer Social Club.

Strong, smart, fearless wolves that are ready to fight against injustice.

None. When I was a kid, people who received media attention in the creative industry were mostly men.

After experiencing the #MeToo movement in the art industry, the Korean design scene has become much more aware than before. Misogynistic attitudes that I’ve experienced as a schoolgirl in art school happen much less now. However, the media’s attention to female creators and the proportion of female leaders in this industry are still not enough. This situation becomes even worse when it comes to every corner of Korean society. In 2019, Korea’s glass ceiling index was the worst for 7 years among 29 OECD countries. In addition, hate crimes against women increase day by day, but the punishment for the offenders is still way too light. Most Korean guys do not try to hide their aversion towards feminism. Korea is still a dangerous and tough country for women. But regardless of industry, women in this country don’t seem to give in. Fast or slow, eventually these women will change this world.

Do not miss opportunities because of the doubt about yourself!

The women around me have been trained to humble themselves to others for the sake of being good girls or become accustomed to the environment that constantly urges them to belittle themselves. Every time I meet young female designers, I say that your abilities are already good enough, so take a bit of courage. And I tell that to myself also. Nobody is perfect from the beginning, every step is part of the experience and becomes a precious asset regardless of its outcome. Do not miss opportunities because of the doubt about yourself!