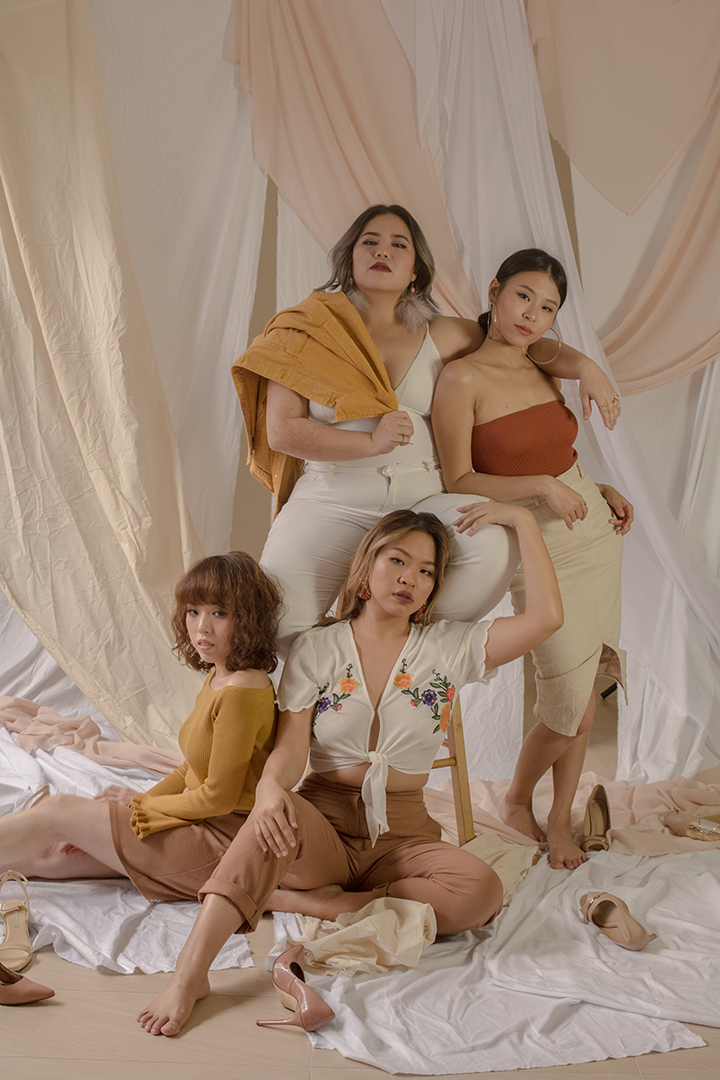 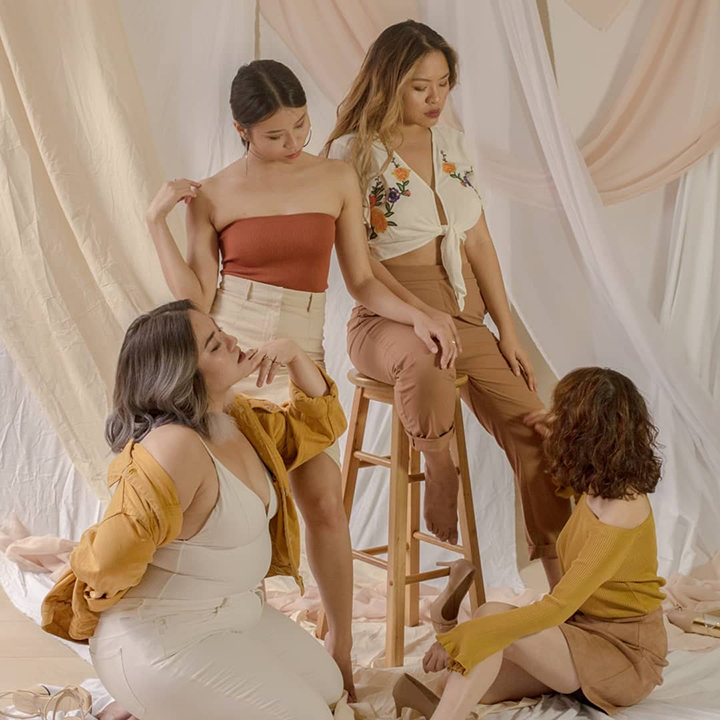 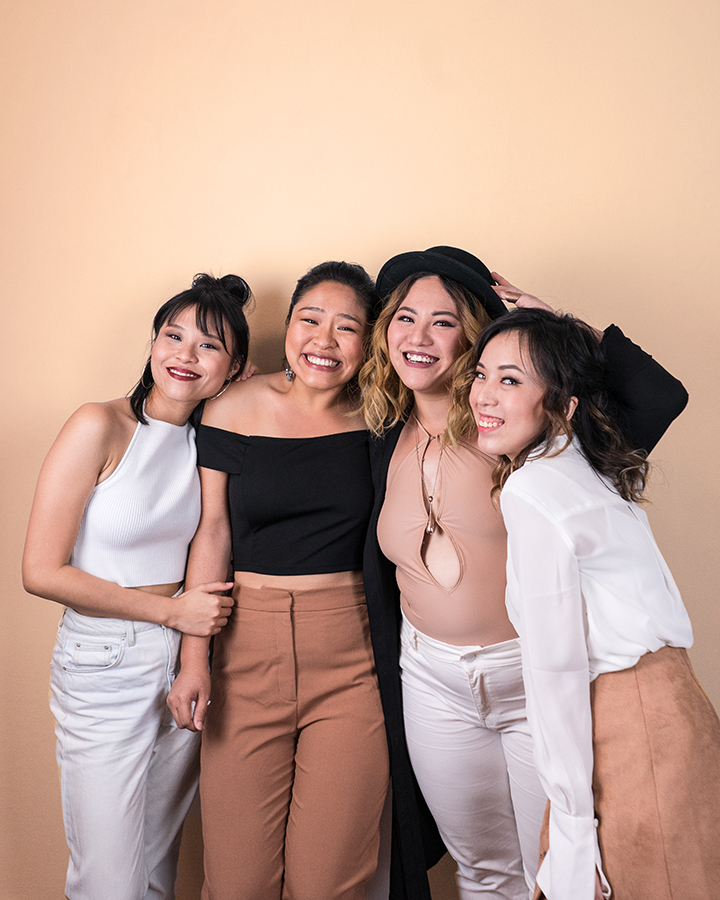 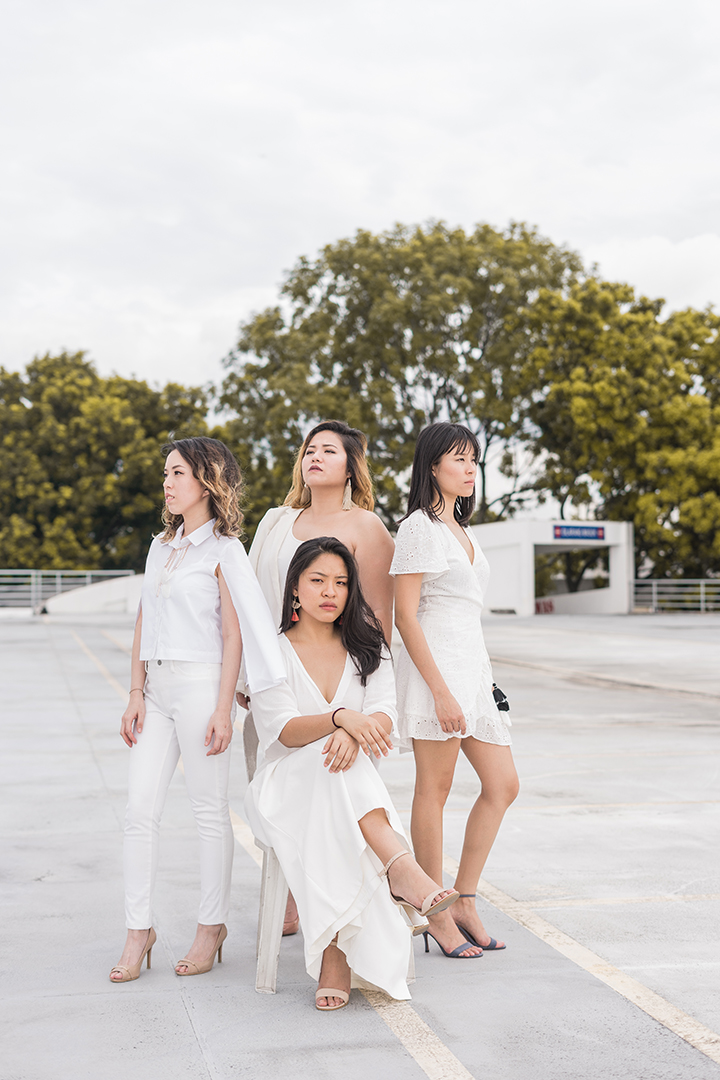 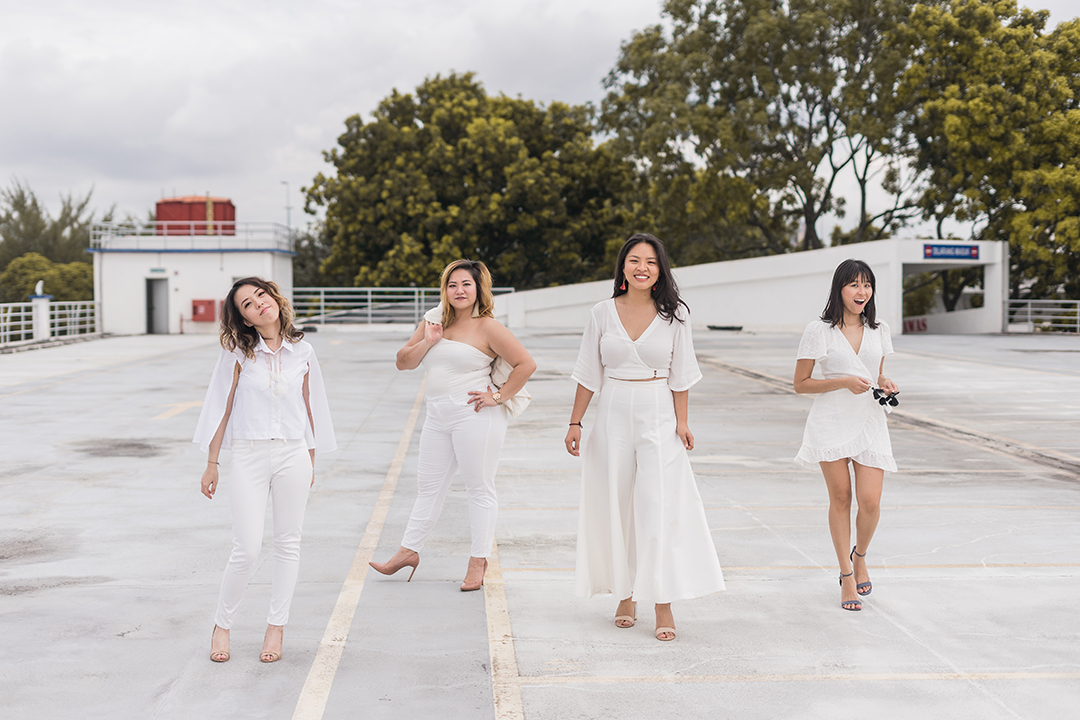 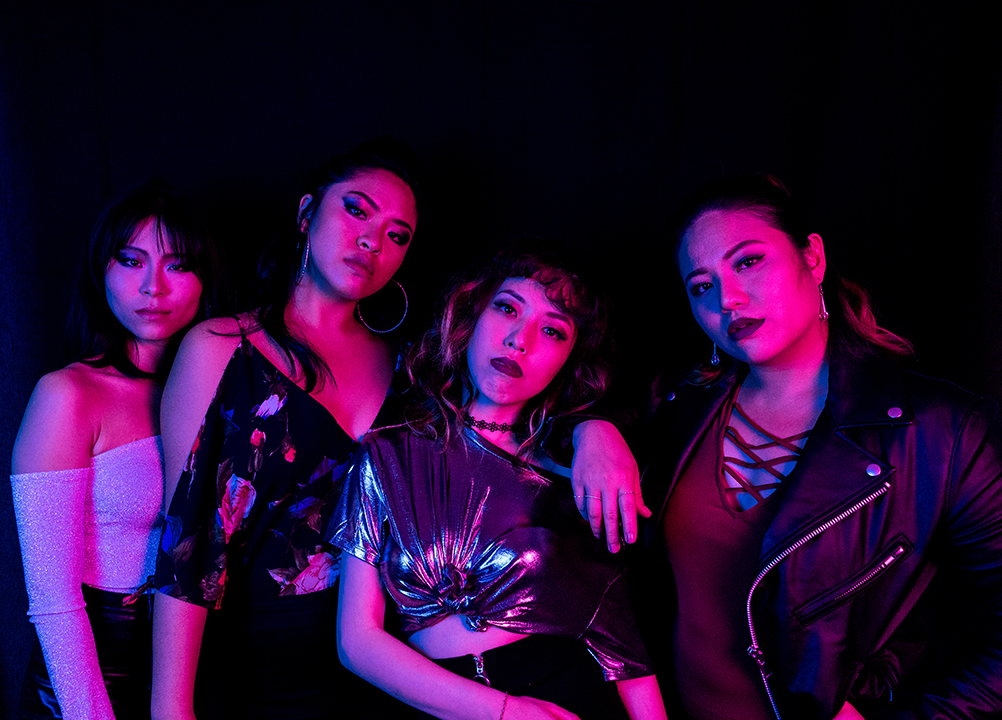 We are four Malaysians girls and we make music as Crinkle Cut, a band named after the shape of our favourite snack: fries! We are currently in our late twenties and have been active in the local music industry for close to a decade.

We live in Kuala Lumpur. It’s hot and humid here but food variety here is heavenly, so that compensates for the weather.

We are four Malaysians girls and we make music as Crinkle Cut, a band named after the shape of our favourite snack: fries!

The four of us met at UCSI University Kuala Lumpur in 2011, where we were pursuing our contemporary music degree. As music students, it was common to pick up part-time performing gigs and we were no different. We hauled our asses across KL with our equipment in tow; hopeful that someday we make a little mark in the music industry. Over the years, we have written a few songs of our own but we never thought much of it until 2017. That was when we realised we aren’t getting younger and life’s too short to play safe. It was like a YOLO moment; we knew we couldn’t just sit around and eventually end up stowing our music away. We had to do something!

We were very lucky to have met several people along the way; friends, lecturers, show curators and producers who have continuously encouraged us to release our originals. We went on to meet the lovely team at Breaking Music (our current label) and we now work together to put out music.

It was like a YOLO moment; we knew we couldn’t just sit around and eventually end up stowing our music away. We had to do something!

Being in an Asian community, choosing to be a creative may not be the easiest decision. We were all pushed so hard to be creative as children but it’s funny how making a living with that creativity comes with a little stigma. Of course, there was a little skepticism towards our career choice from a few people around us; but we were blessed that our immediate families were very, very supportive. They were there all the way- from our music education to our late-night shows and tuning in to listen whenever we have a program on air. In the end, the important thing is to have your profession align with your priorities; and once it does, everything will fall into place.

We are anticipating an album release next year (2020)! Our debut album, b_tt_rsw__t, was released in 2018 and it has been 2 years since we worked on something on a bigger scale like that. We will have to hustle: write, produce, conceptualise, design, and shoot; but we are excited!

We will have to hustle: write, produce, conceptualise, design, and shoot; but we are excited!

We don’t have a name but maybe it could be an experienced film director or artistic director- to direct and design the visuals for that upcoming album we are talking about!

From the musical aspect, no. It’s a small music community in Malaysia and we are fortunate to say that the majority are warm and help each other to build the industry. We are where we are because there were so many kind people who believed in us, even back in the day when we were a group of unsure, young musicians. Being any gender shouldn’t dictate how you can do things. When we first started, we were driven to think that women need to utilise our sexuality more- that’s quite a blunt way to put it. But as we grew, we understood that honest identity travels further. If being sexual is your identity, work it and own it. If being more street is your thing, work that. There’s a place in the market for every kind of identity, the difference is the size portion of the market you appeal to and you have to come to terms with that. Some considerable thought in your artist direction will help.

We seek so much validation, but the first validation you have to seek is from yourself. Then and only then, will you be free to create.

Frankly, there will be unmet expectations. Manage your time and finances well because making music needs funding and time to grow. We don’t think there’s any external opposition towards females working in the field, but more likely opposition from the female mindset itself. We don’t know why but most of us women are very conscious; our self-esteem is so easily wavered by how our looks, performance, and abilities are judged by others. We seek so much validation, but the first validation you have to seek is from yourself. Then and only then, will you be free to create.